After more than two decades of designing for others, architect Cass Calder Smith tackled his own loft space in West Soho.

He tore out the wall between two units in an eight-year-old building designed by Handel Architects, and opened the space up to light from five windows facing east, with views of Soho proper.

“I gutted everything and made it mine,” he says. “It was time to do one for myself.”

That meant 1,600 square feet of minimalism, along the lines of Mies’s Farnsworth Residence or Johnson’s Glass House.

“In New York, I love the density and the chaos, but it’s nice to have a place to come home to that’s a retreat,” he says. “I have the windows, so it’s not a retreat in the total sense, but it’s a nice way to get up there and not lose the city completely.”

It offers a fine view of the Trump Hotel, also by Handel, and of lofts stretching out across the neighborhood.

“It’s really peaceful – almost temple-like in the city,” he says. “If I’d had glass on two sides, I’d have taken it.”

The challenges lay in transforming a slender area into something spacious. He merged living area, dining room and kitchen at the center, placing a master suite at either end. Then he lowered the nine-foot, nine-inch ceiling by three and a half inches.

“The payoff is recessed lighting, and it was the right thing to do,” he says. “You’re squeezed everywhere with height, plumbing and electricity in New York City, so you try to get as much as you can.”

The floors are European oak, baked in a Viennese oven for a dark, smoky tone. Furnishings include a new Saarinen dining room table from Knoll, a 1970s French mid-century modern coffee table, a 1970s vintage Italian credenza, and a pair of sofas with chair by David Weeks.

“It’s about new versus vintage,” he says. “It’s eclectic and casual.”

And though it may be minimal, it still looks comfortable.

For more information, go to http://ccs-architecture.com/staff/cass-calder-smith/ 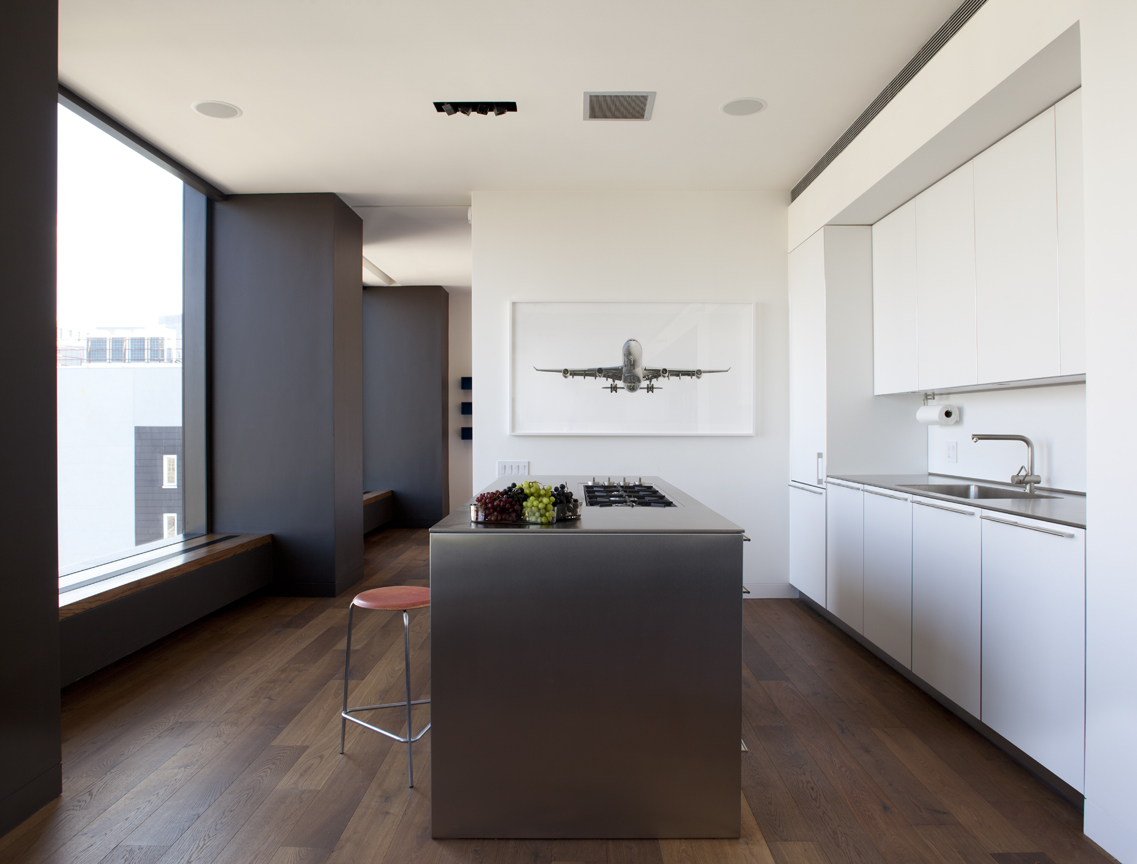 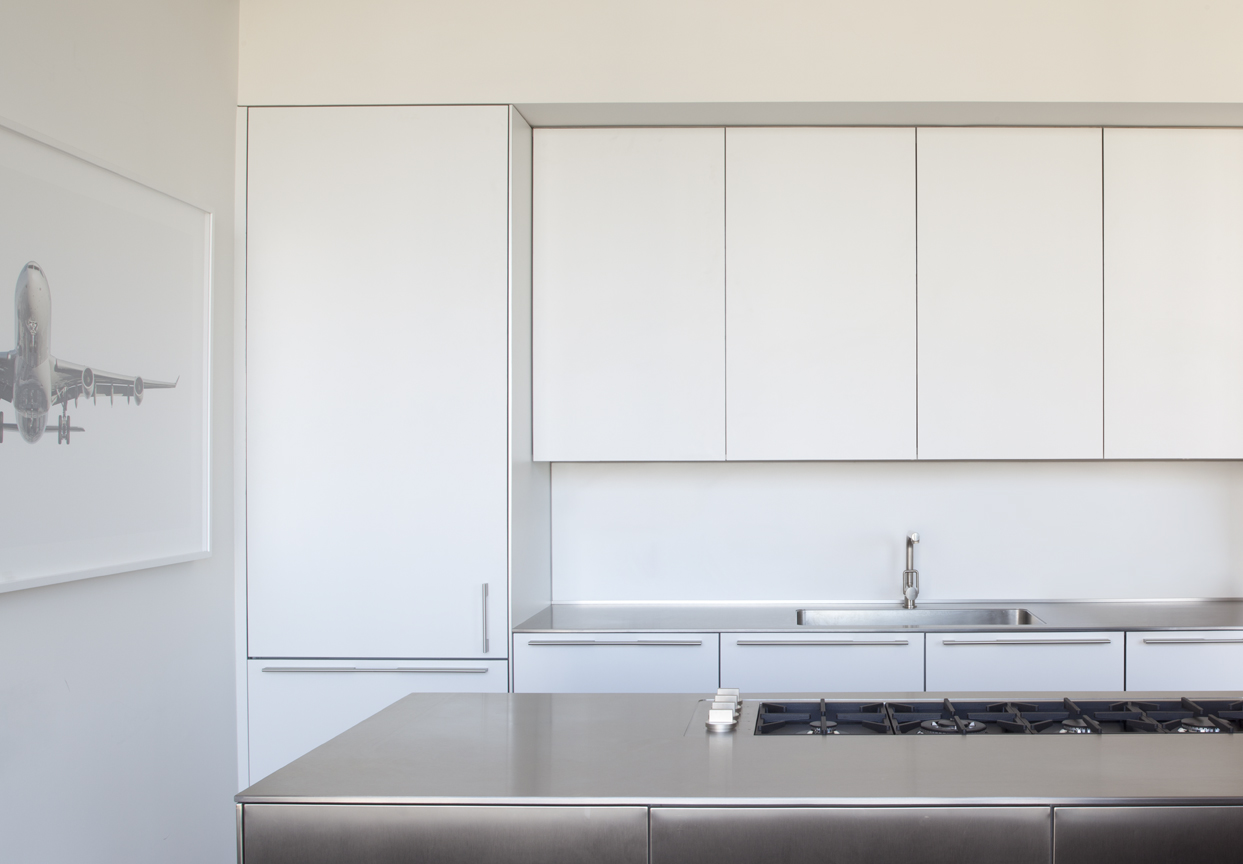 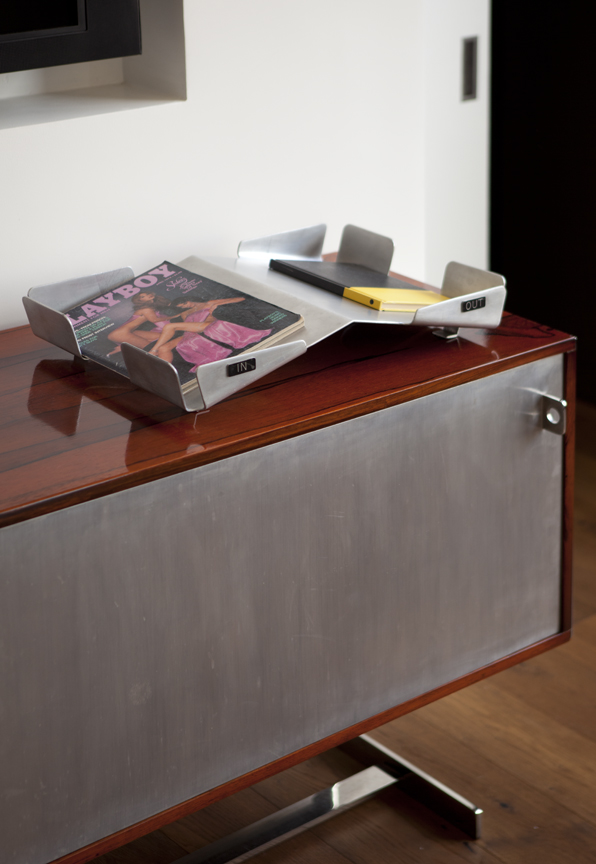 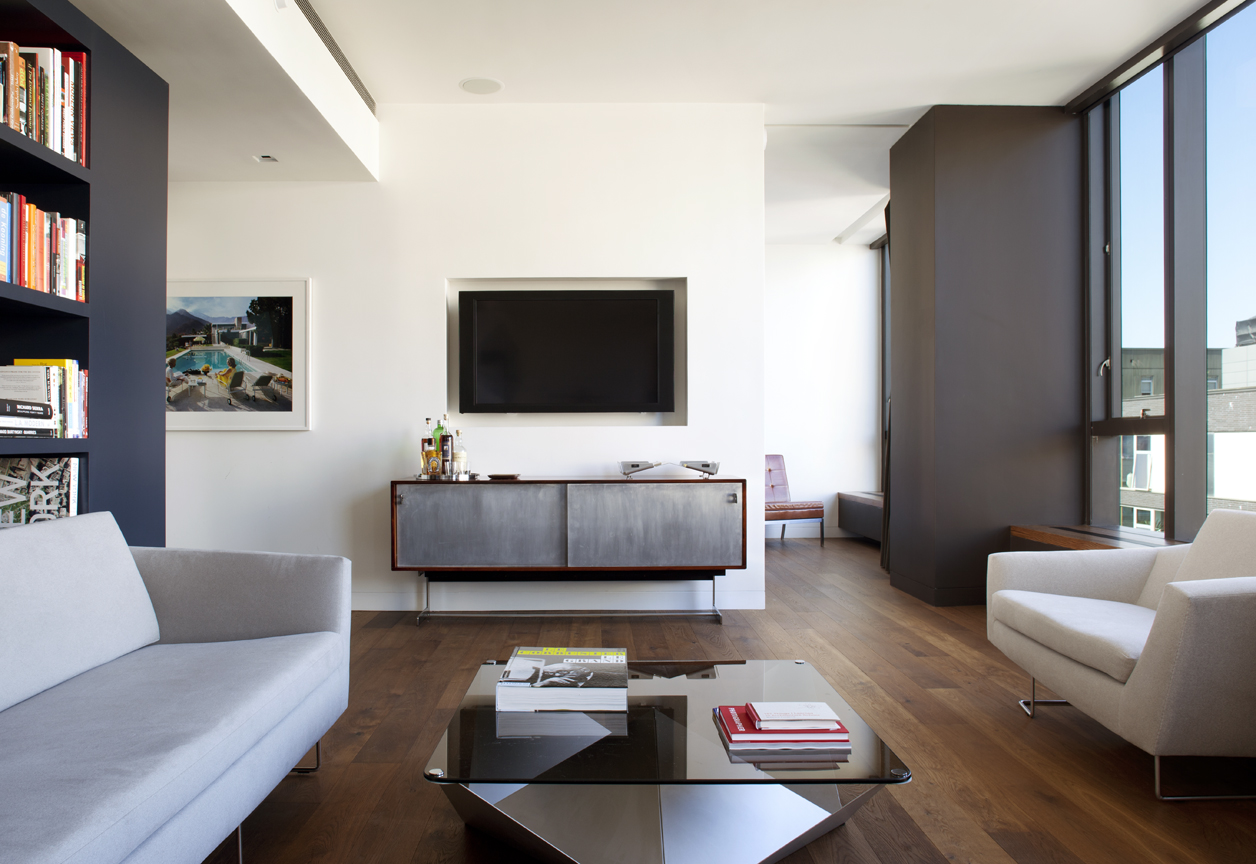 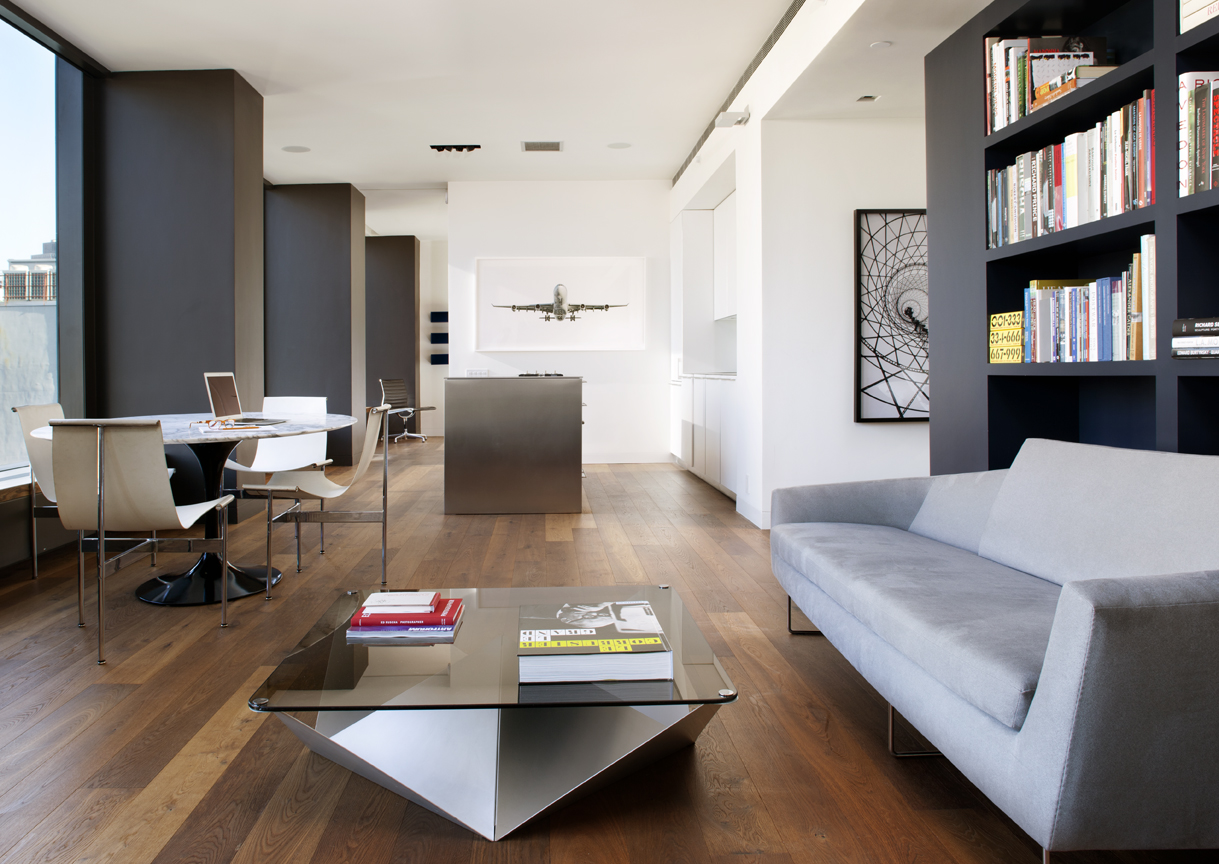 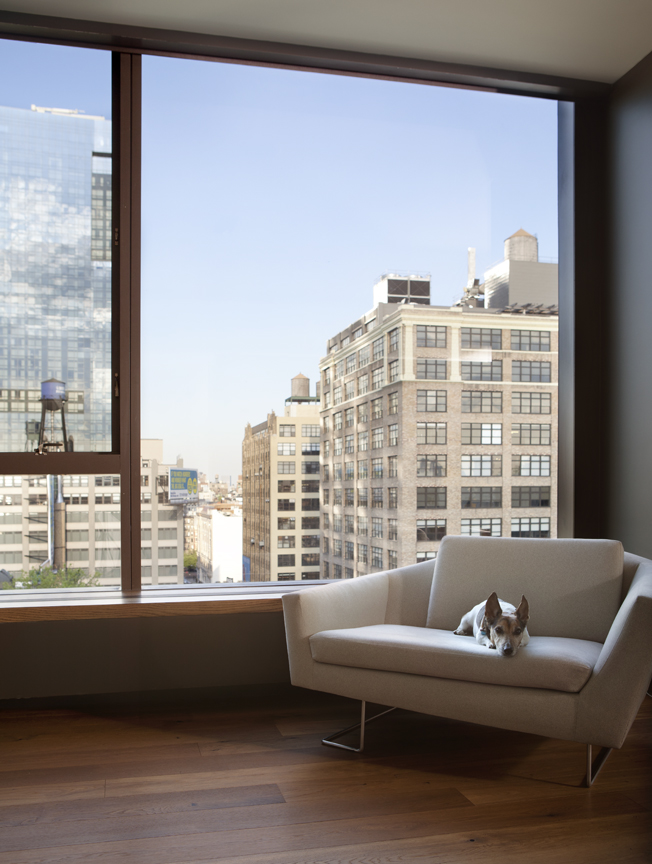 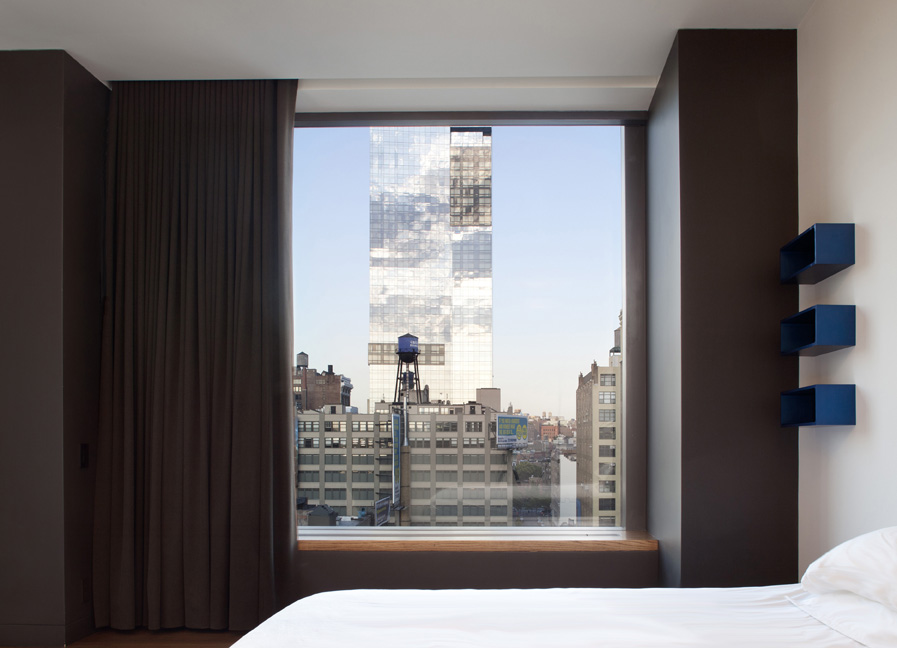 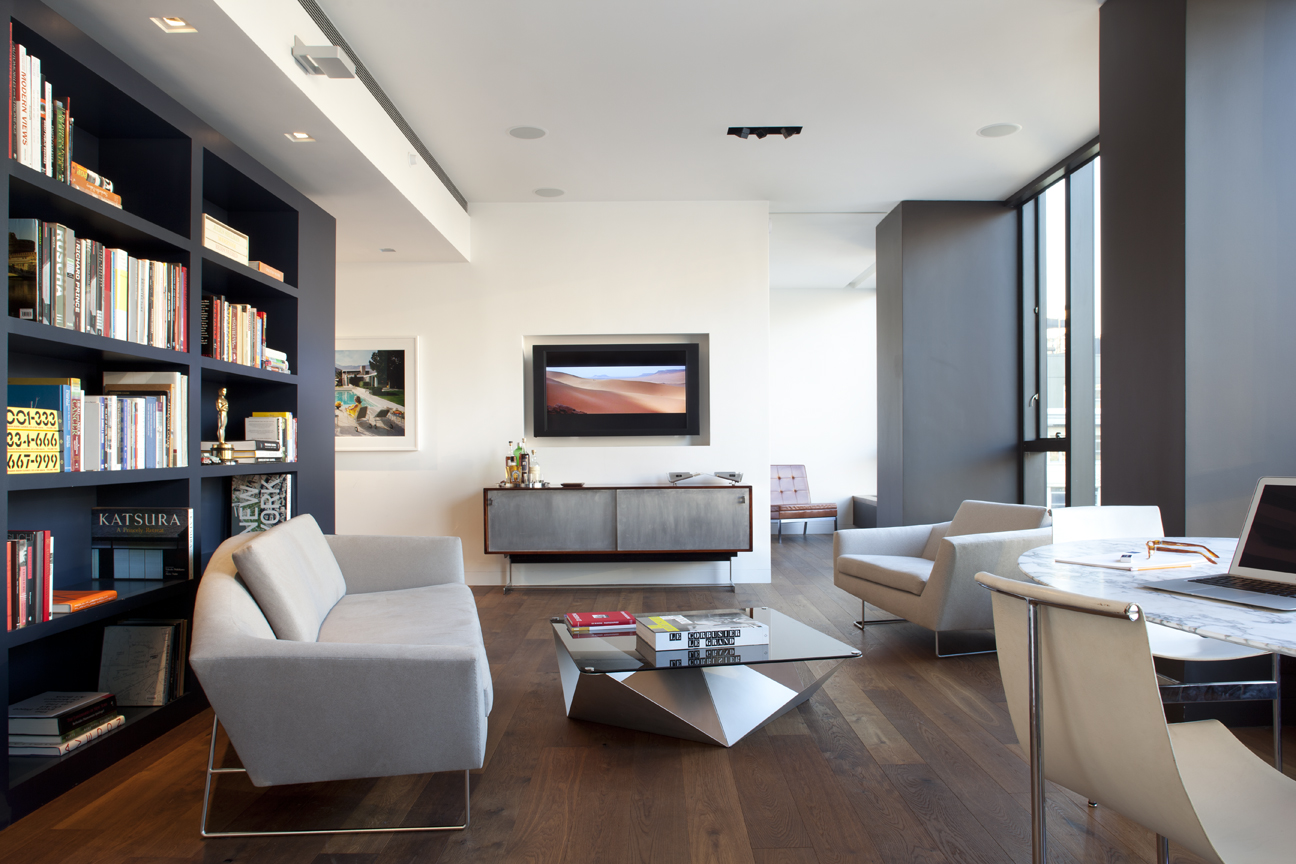 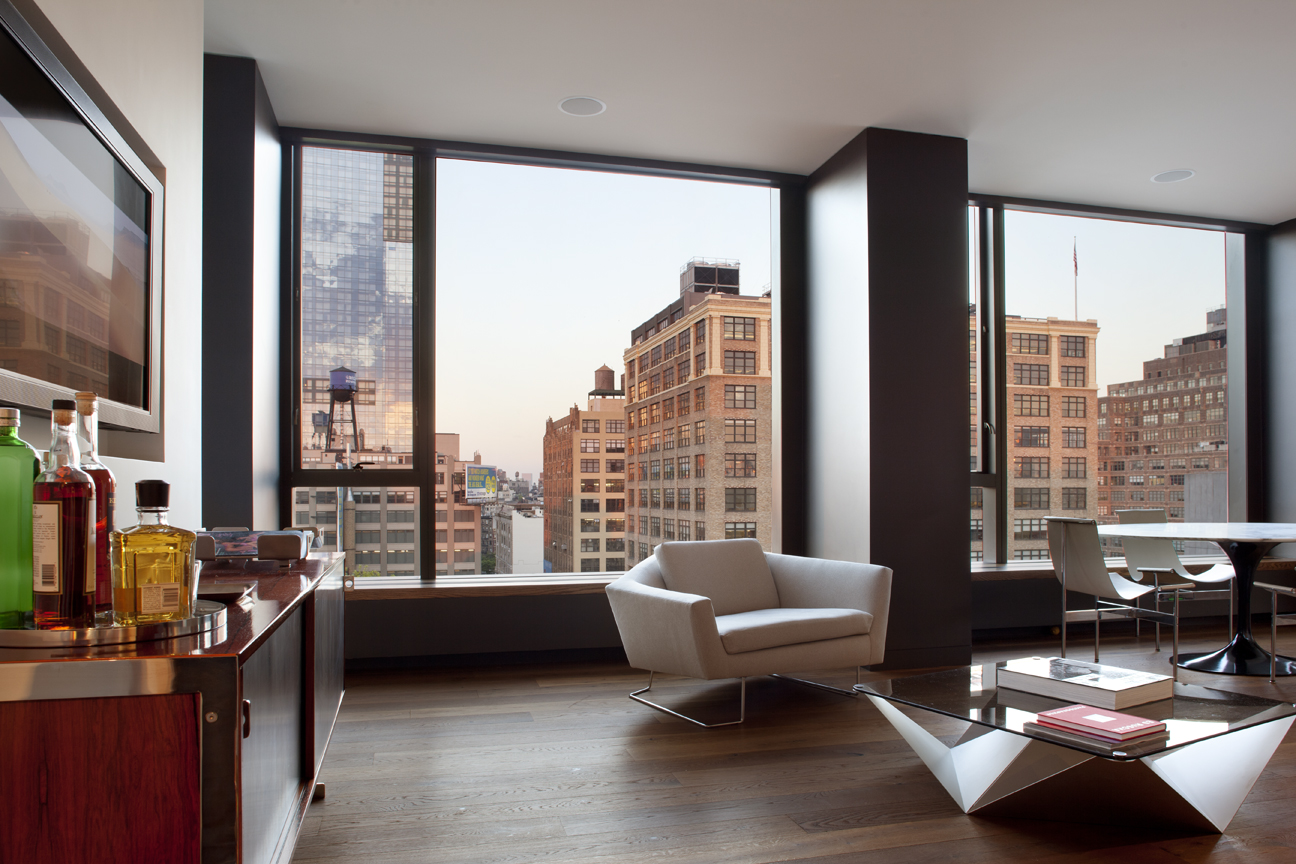 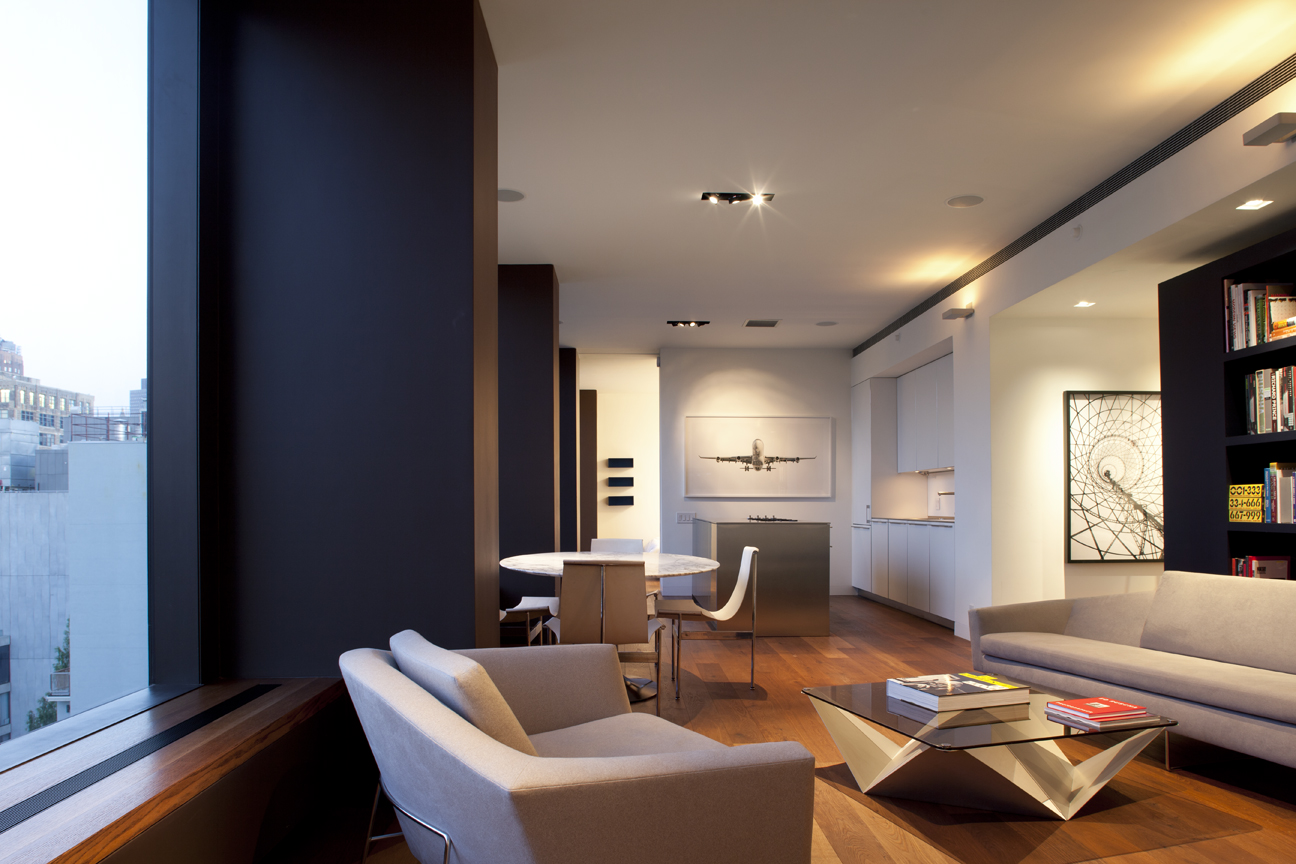 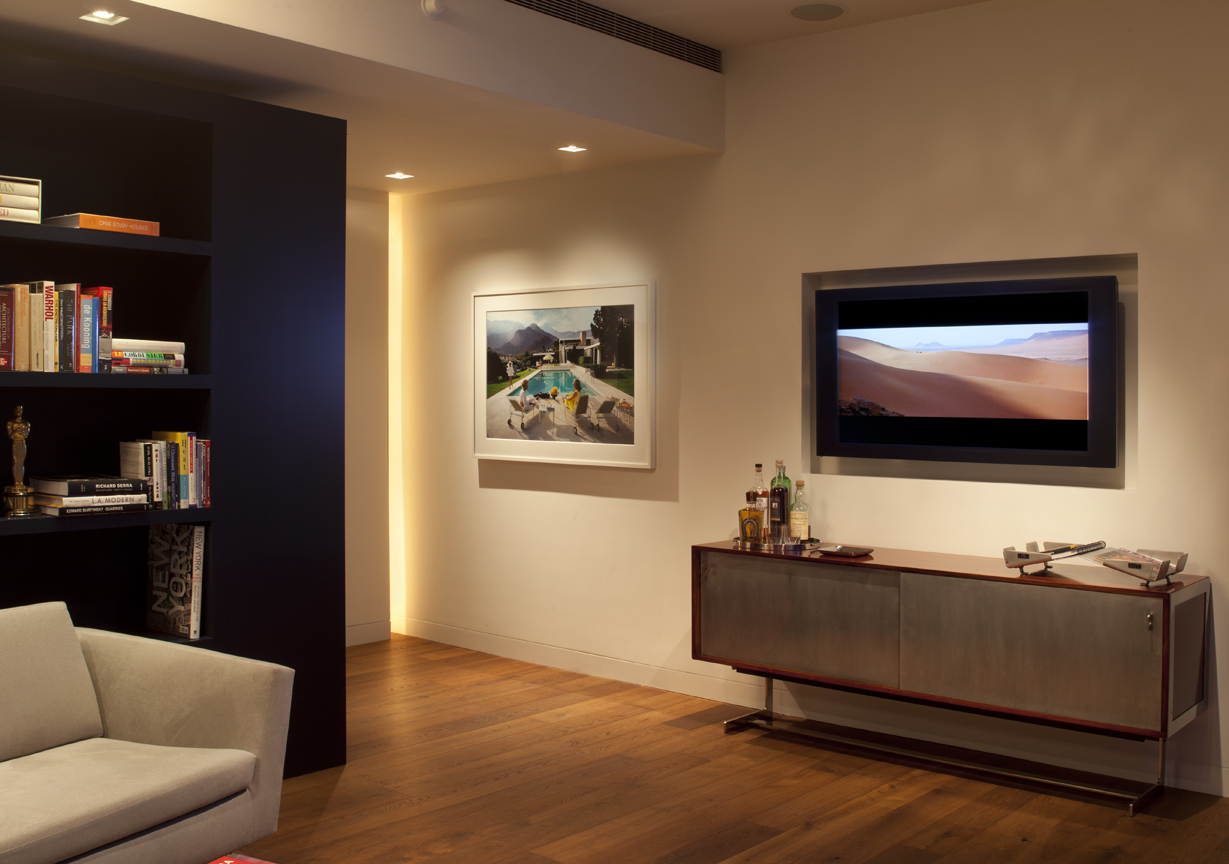 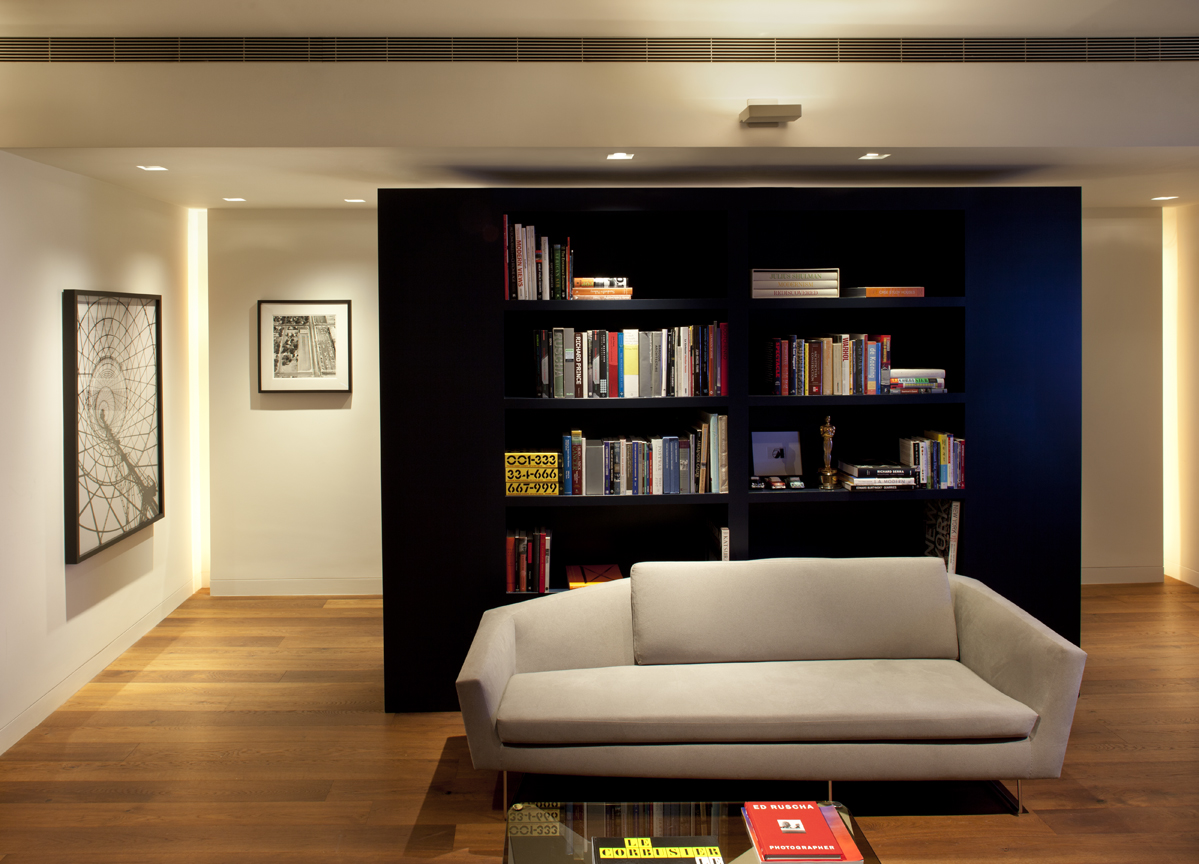 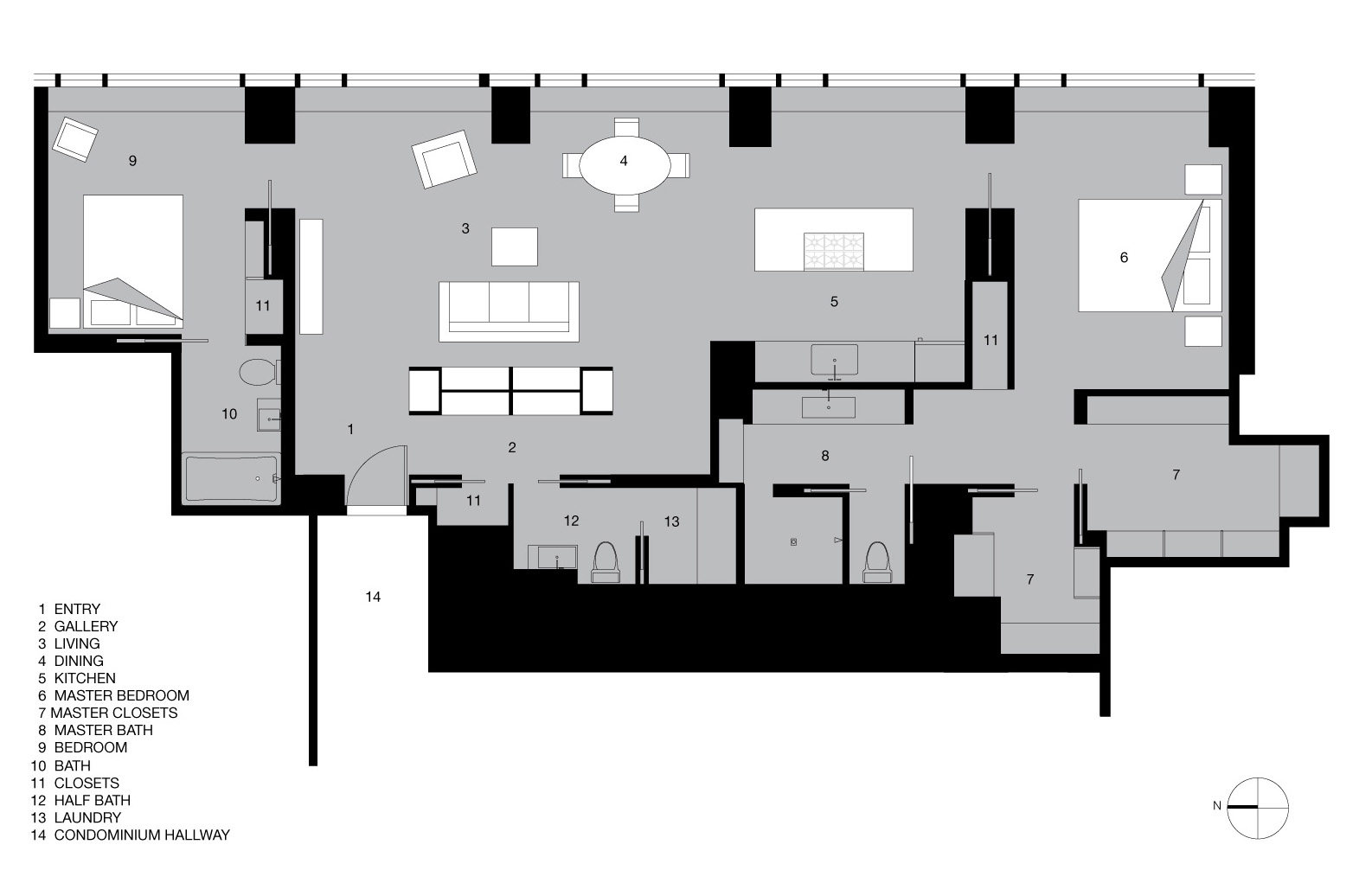 Excellent way of telling, and fastidious article to obtain information about my
presentation subject, which i am going to deliver in academy.

Brooklyn-based artist Bill Harvey is a post-punk Renaissance Man. While he was studying sculpture during the late '70s...