Sometimes, necessity really is the mother of invention.

When Cornelia Stumpf downsized and moved to a Savannah mid-century modern designed by John Ahern in 1954, she discovered she had no room for her books.

So she turned to interior designer Celestino Piralla for a solution.  He, in turn, looked back to San Francisco architect Pierre Koenig’s low-cost, steel production houses of the 1950s and ‘60s.  Then he contacted ASUL Adaptable Systems in Phoenix, Ariz., a firm that specializes in custom modern homes priced 25-50% below market.

“It’s not a pre-fab,” Piralla says.  “We used all local materials – they have a set of engineered components, with drawings, and you build it.”

ASUL sent him a steel frame with vertical elements of square tubular steel and horizontal I beams.  The company also sent him a project manager to supervise construction and take care of framing and welding.

Piralla used a local contractor for electrics, drywall, exterior cladding, windows, stair case and decking.  The final product, with an interior that’s 16 feet by 20 and a deck that’s 16 feet by eight, cost about $54,000.

“The big challenge was lifting it off the ground for FEMA flood zone requirements,” he said.  “Everything else was really smooth.”

Now Piralla works daily alongside Stumpf in the “Think Tank,” as a design director for her public relations, marketing and interior design firm.  A graduate of the Savannah College of Art and Design, he’s engaged in interior design as well.

For Stumpf, it’s the best of both worlds.  She’s got plenty of room for her books and work stations for her business, all in her own backyard.

“It’s 12 feet from the main house, so there’s not a lot of commuting,” Piralla says. 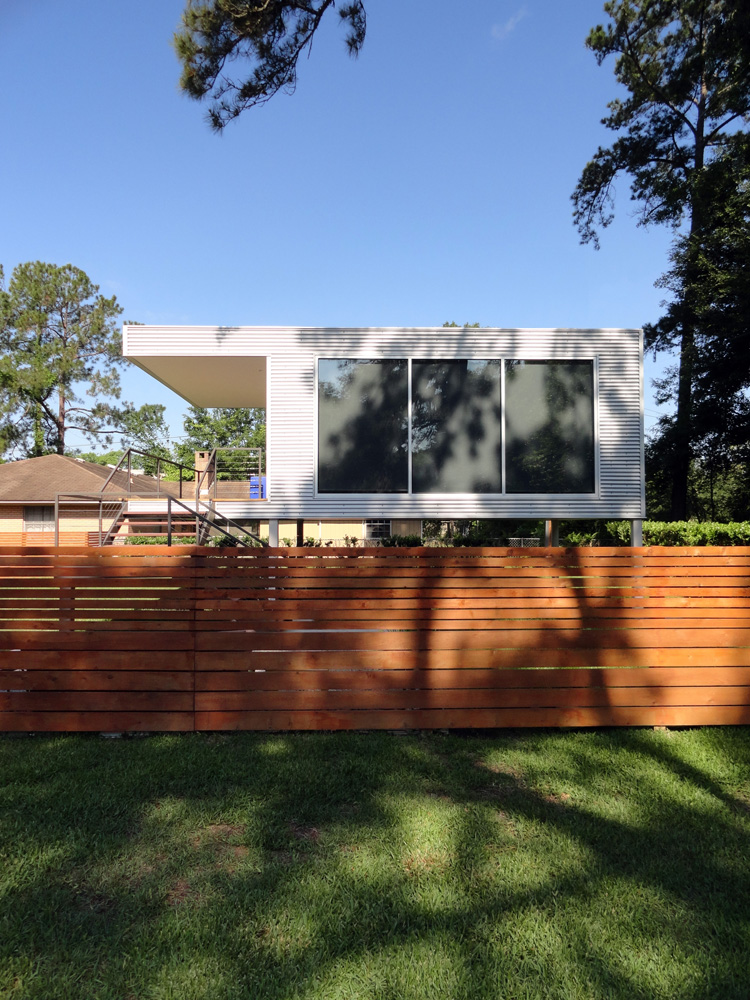 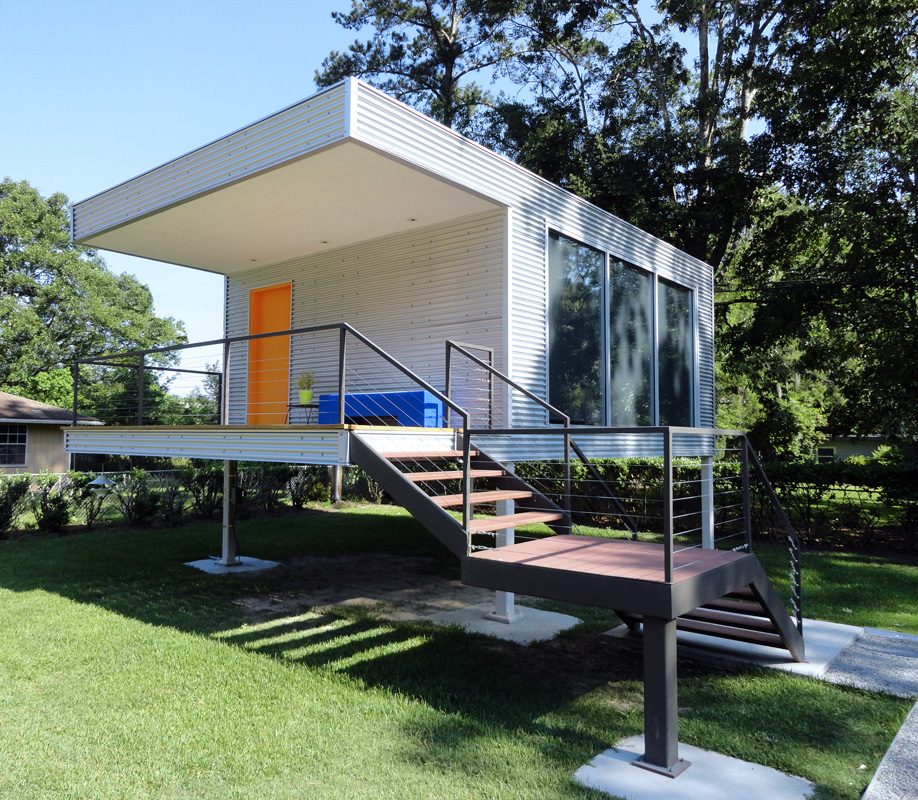 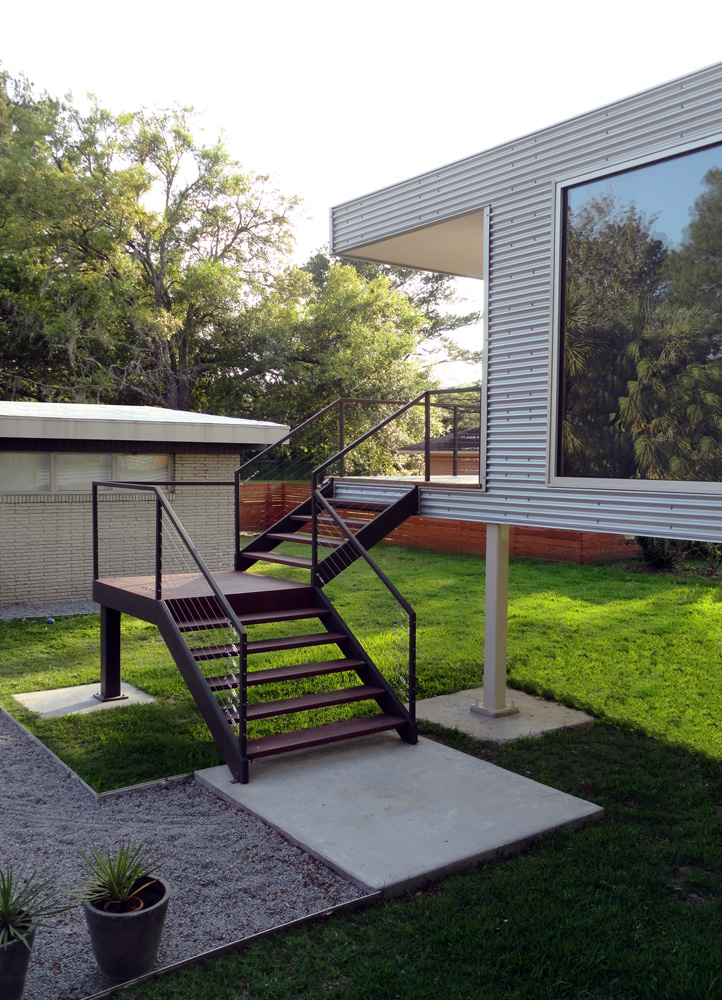 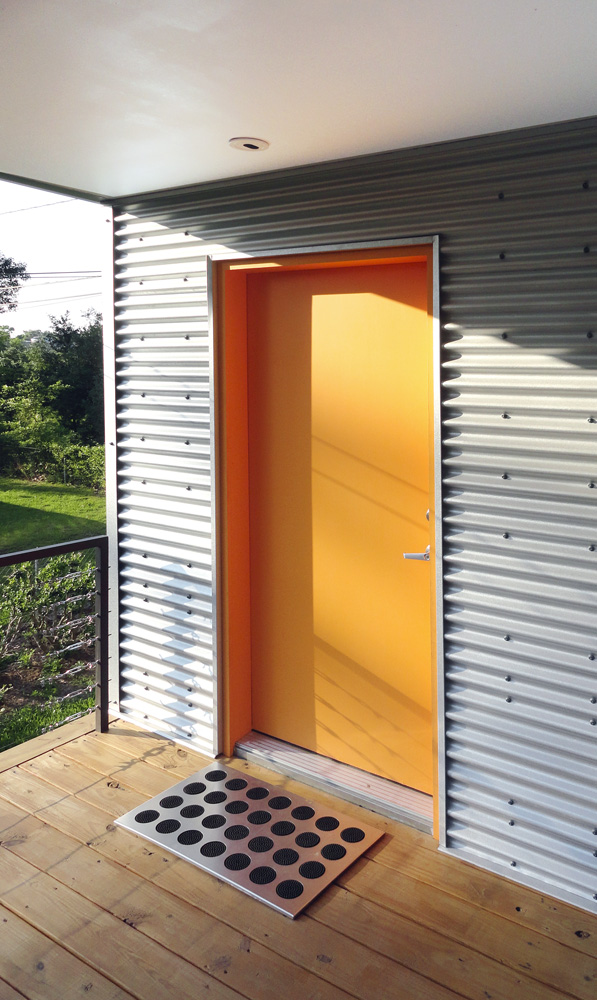 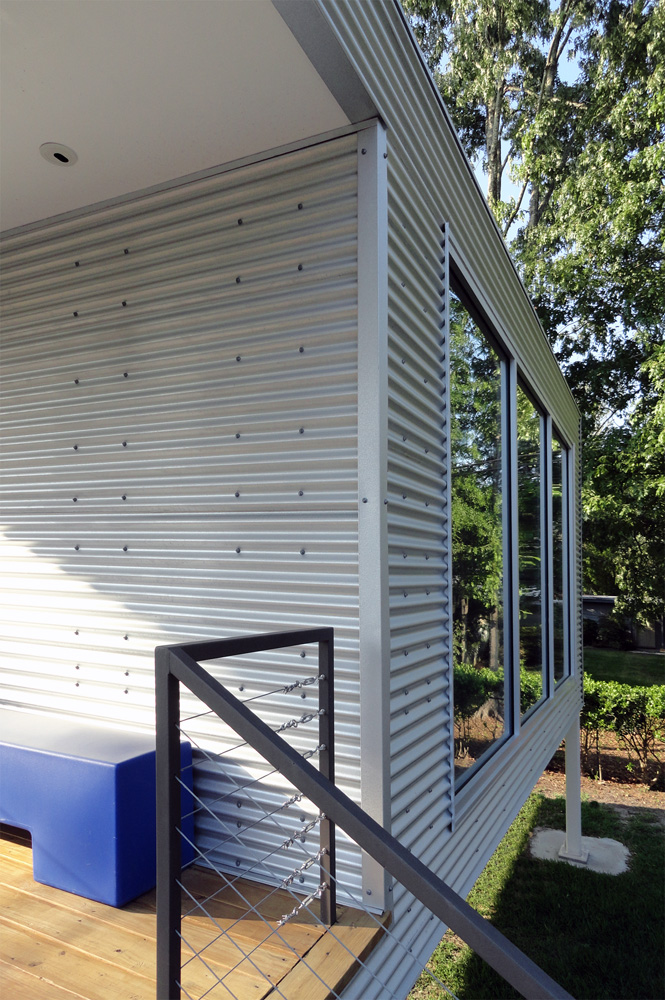 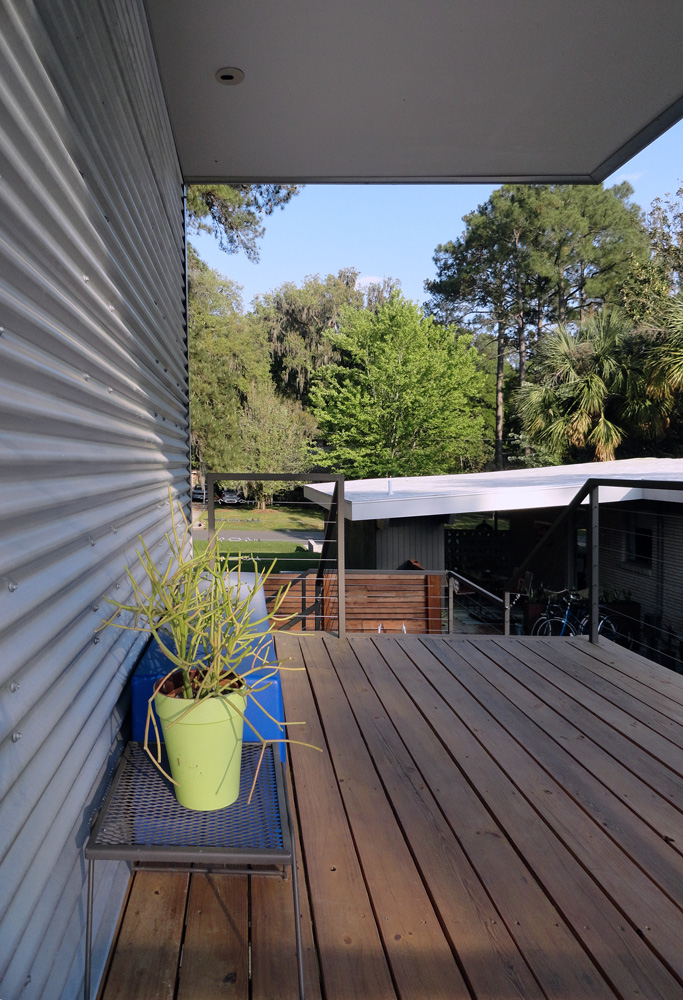 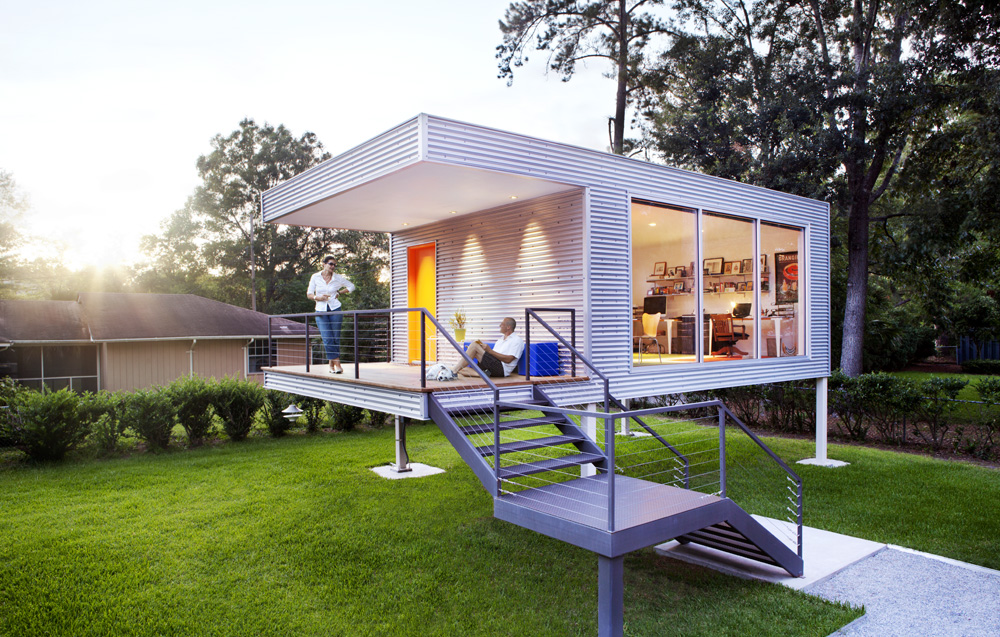 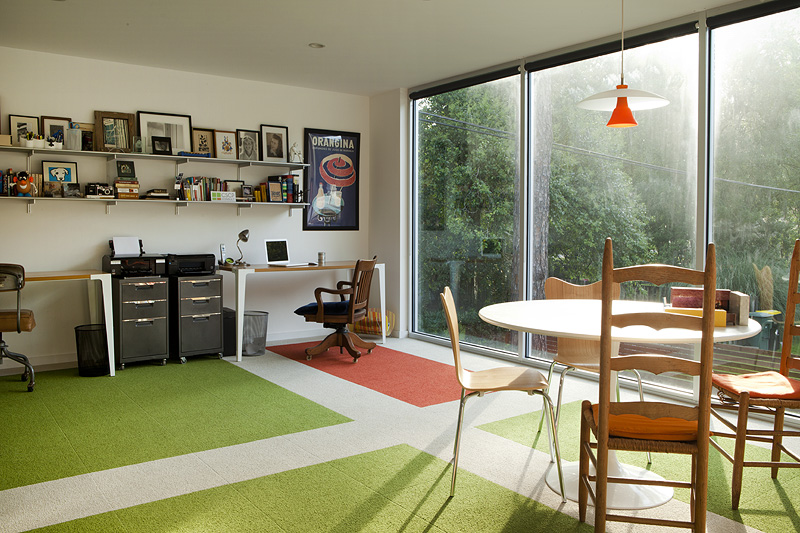 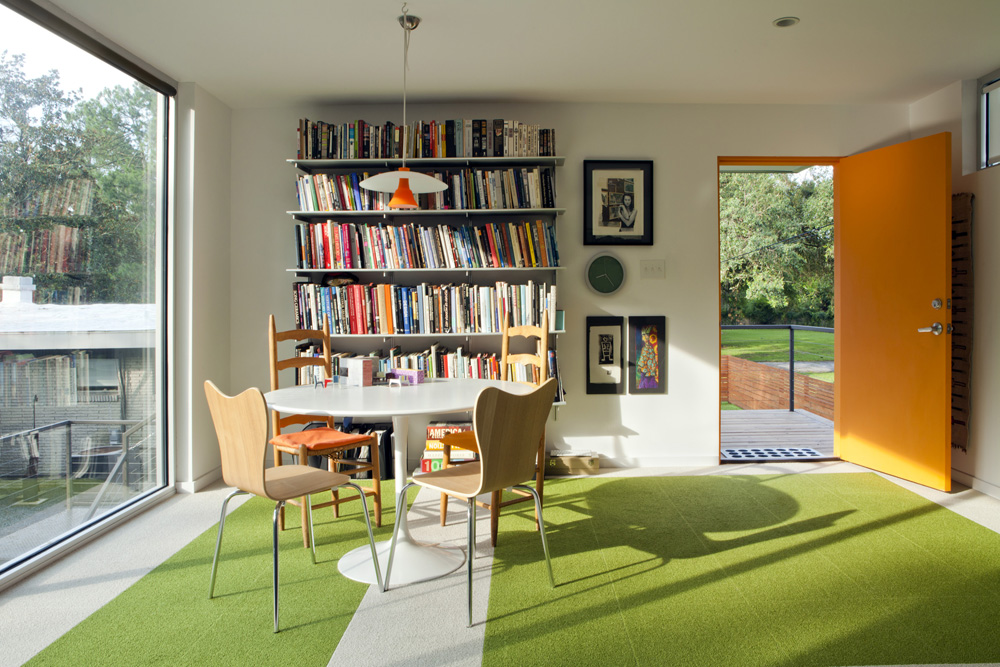 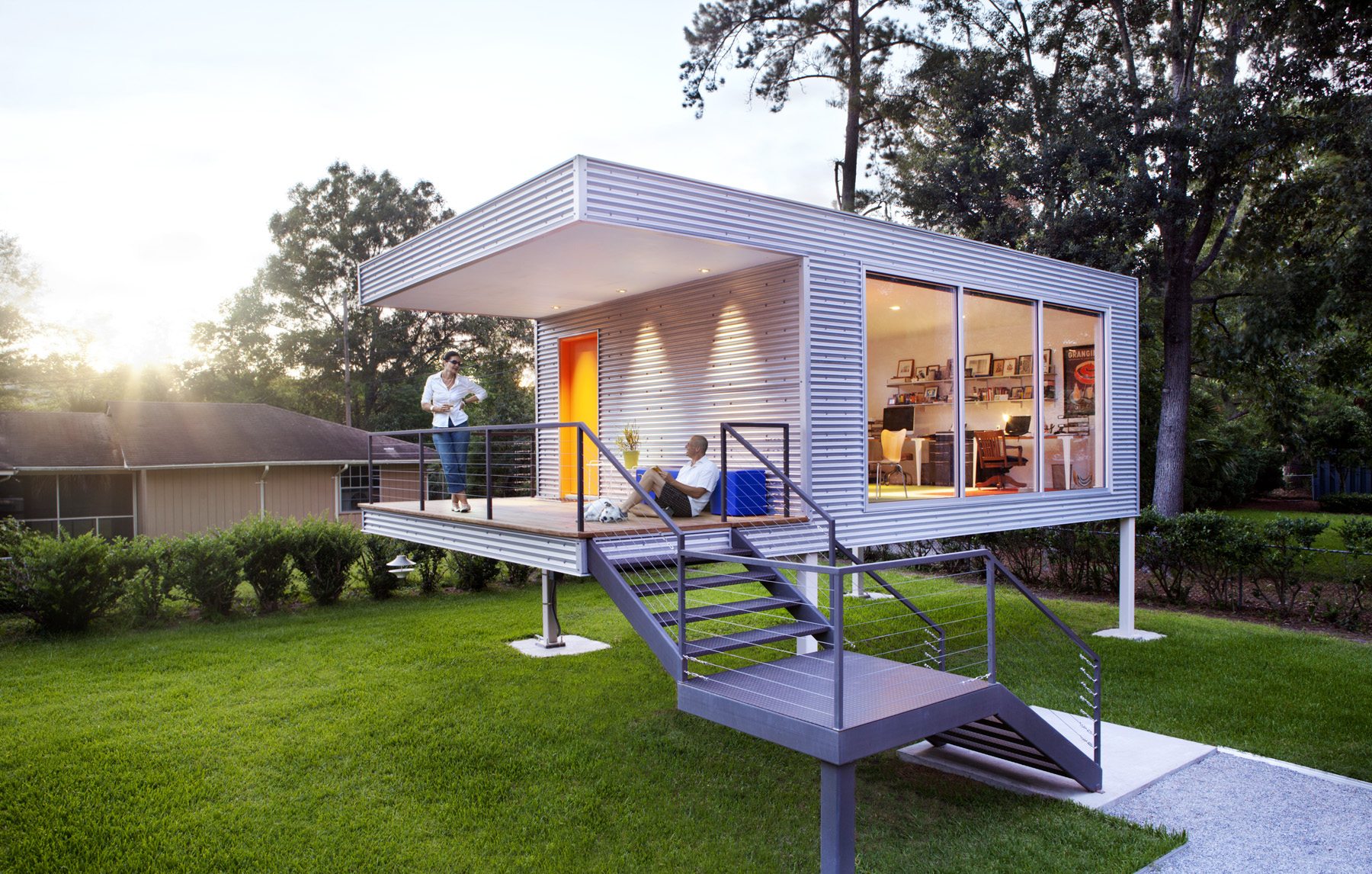 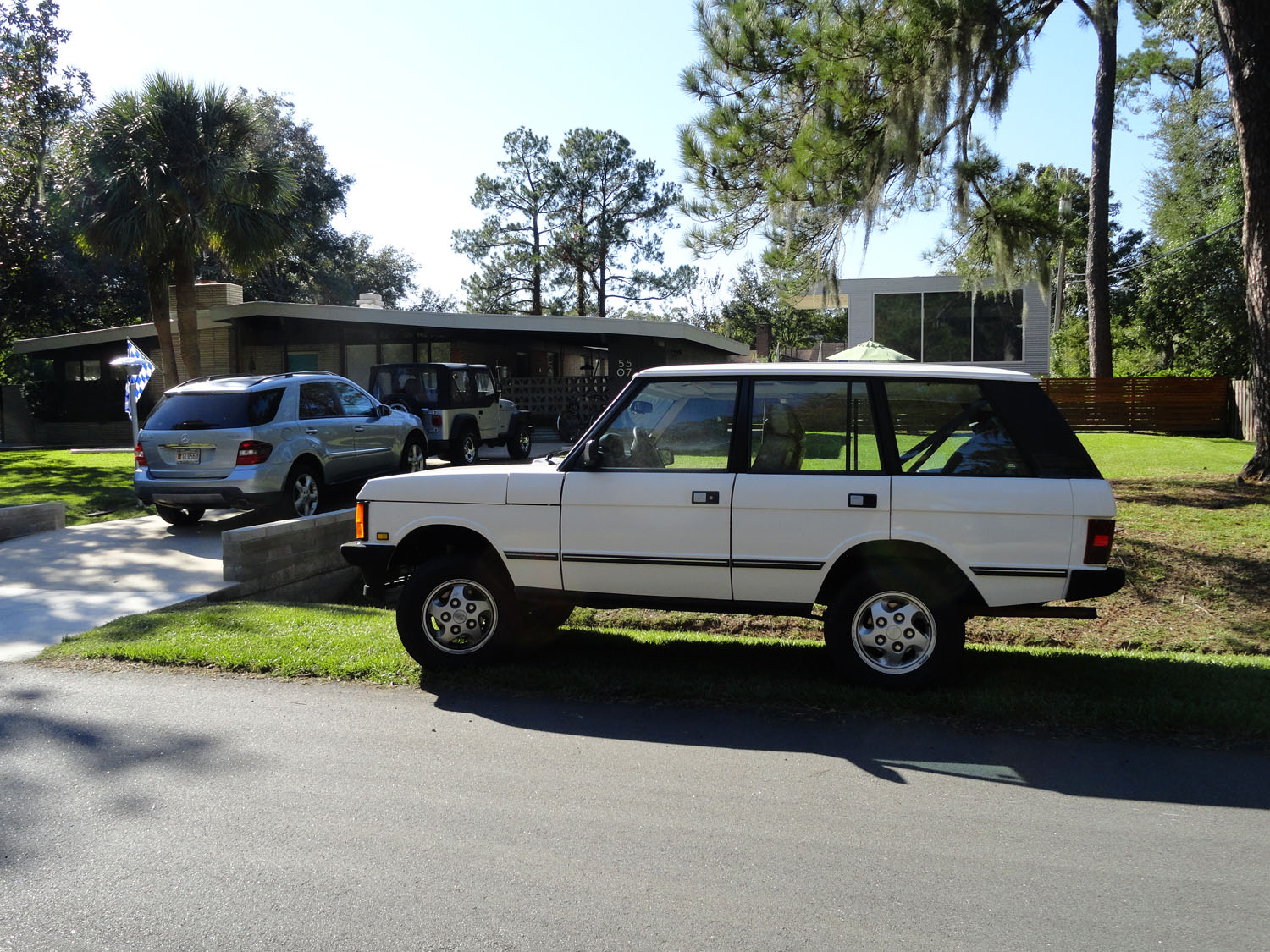 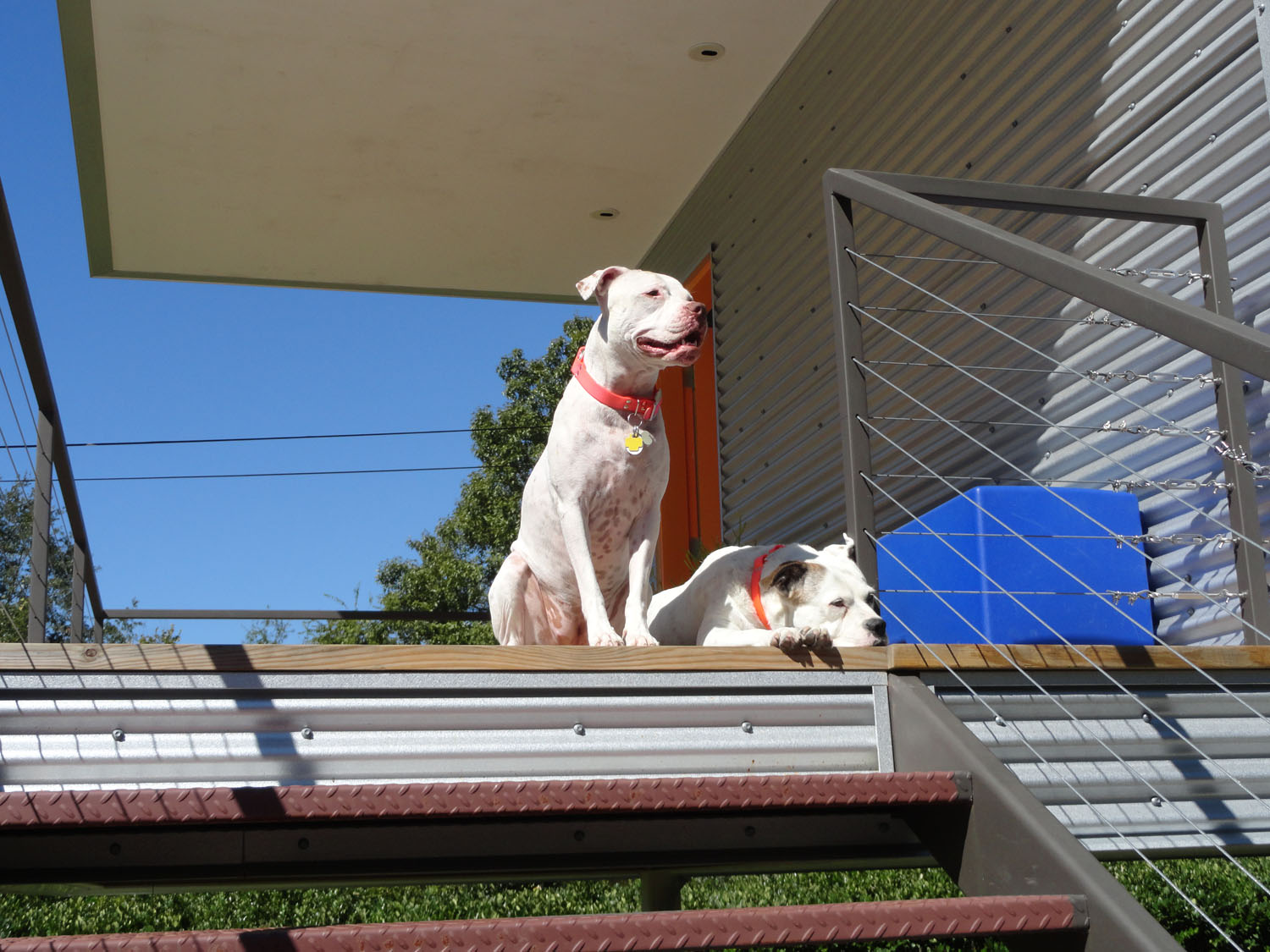 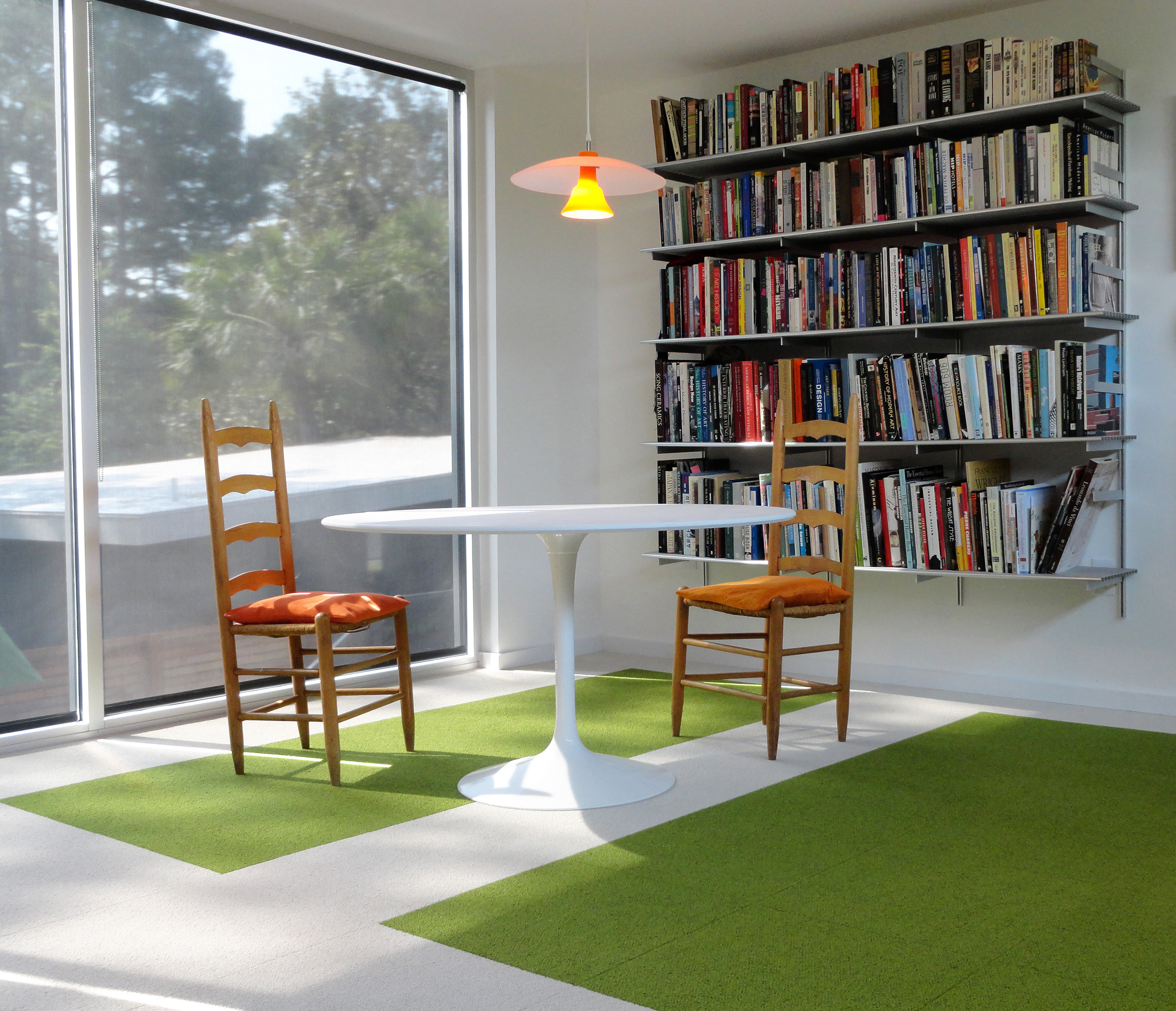 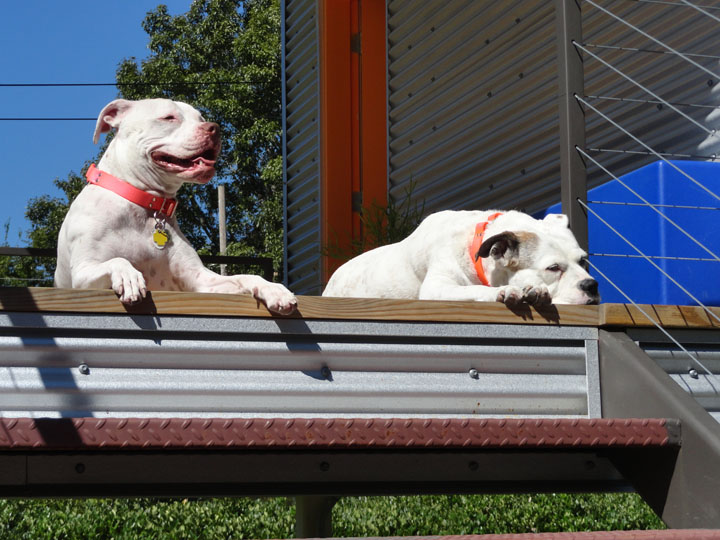 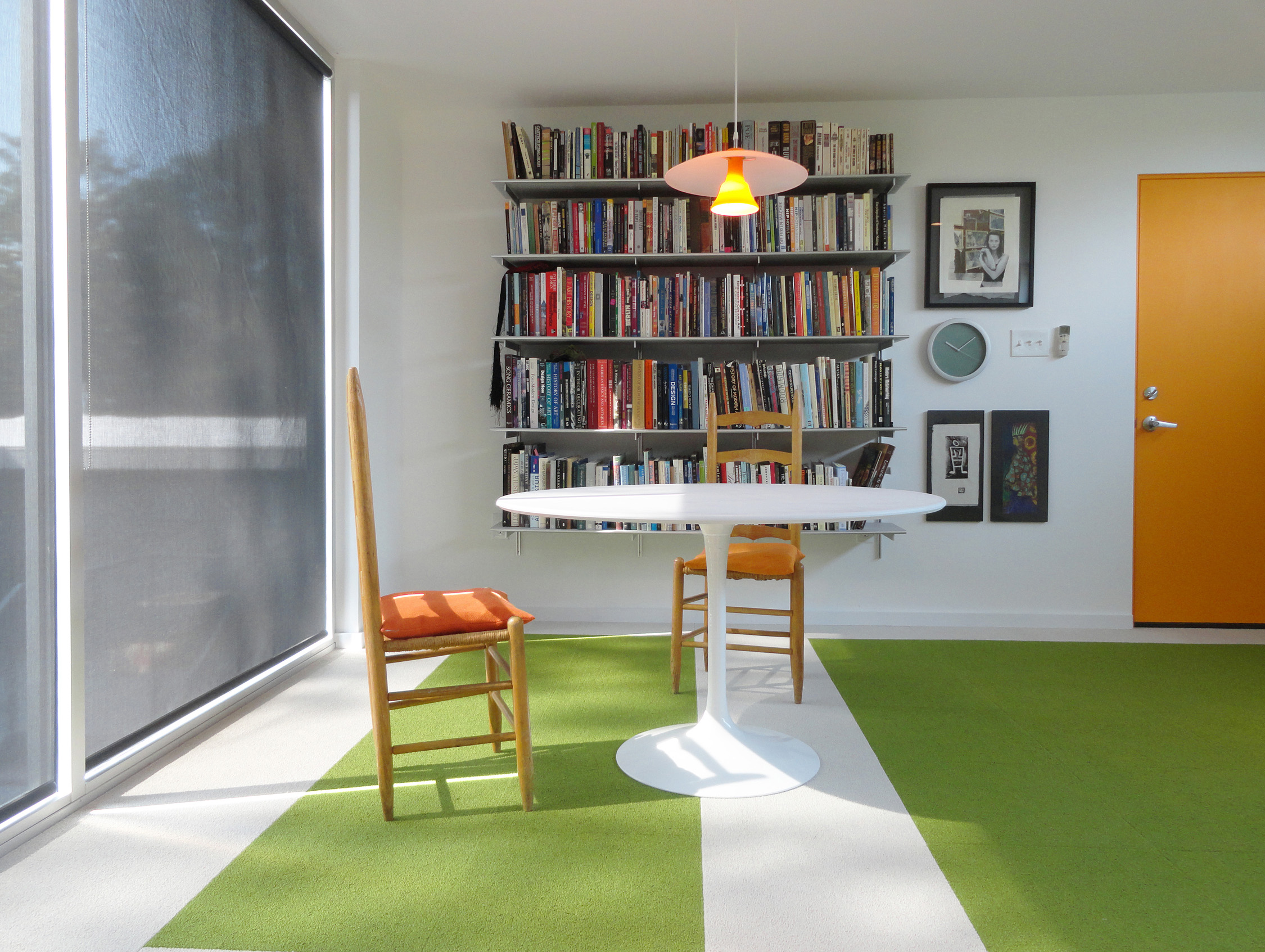 In Raleigh, Looking to the Long Term

Ground was broken yesterday for Wild Turkey’s new visitors’ center in the heart of Kentucky’s horse country and smack-dab...