On Saturday, October 29, the Savannah College of Design (SCAD) will open the doors to its new Museum of Art, a celebration of the 19th and 21st centuries in the oldest existing antebellum railroad depot in the nation.

The lead architect, Christian Sottile of Sottile and Sottile Architects, who ‘s also a SCAD alumnus and professor, recently agreed to field a few questions from A+A  about the design and sustainability features of the new museum.  His responses are below.

What is the intent of the design?

The architectural philosophy of the intervention is guided by principles of contrast at all scales, preserving the poetic beauty of the industrial ruin, while developing an architectural language rooted in simplicity and clarity.  In this way, the project also illuminates a thesis about old and new, the past and the future.

The building is conceived as a sequence of experiences that unfold to the viewer as the new building and the ruins interact.  The structure is punctuated by a single vertical element marking the main entrance of the museum. This semi-transparent glass tower, or lantern, forms a beacon of light in the west boundary, becoming an identifying landmark for the SCAD Museum of Art and the skyline of Savannah.

What served as inspiration for the design?

At its core, the design is inspired by and deeply rooted in its context —  the history of a National Landmark site with tremendous cultural memory, the fabric of the historic city of Savannah, and the intellectual and philosophical context of the Savannah College of Art and Design as  the founding institution.

The context of our design team also has deep roots in SCAD’s own School of Building Arts.  In fact, each member of our firm, over two decades, has been deeply influenced by the School as students, as alumni, and as faculty.   The interdisciplinary nature of the programs has fostered a view that dissolves boundaries between design disciplines; between Art and Architecture.

We believe that this approach represents a way forward in the evolution of the built environment, where the choices between craft and technology, humanism and mechanization are eliminated; giving designers the freedom to make full use of all available tools and influences to make an architecture that is deeply rooted in its time, place and culture.

What were the challenges in the design and execution of the building?

A fundamental challenge in both design and construction was developing an appropriate response to the brick ruins of the historic rail depot.  From a design perspective, the question was how to envision a bold new contemporary art and design museum within a site so well known for its history and cultural memory?

In terms of construction, the fragile state of the ruins presented a daunting challenge; staging a major construction project within the remaining perimeter of historic brick walls that would rely upon the new structure to provide permanen stabilization.  The result is a continuous oscillation between new construction and historic preservation.

Does any part of the building retain its original look and feel, or has it been completely transformed?

The effort to create measured contrasts between old and new resulted in a dialog between the contemporary intervention and the historic walls of the old railway depot. The original walls have been carefully restored to retain their original character up close; however, viewed from a few steps back, there is always a duality between the smooth concrete and glass of the new construction and the highly aged surface of the brick.  It was determined very early in the process that this dialog was a far more compelling vision for this new museum of contemporary art, as opposed to attempting a complete reconstruction of the depot as it would have appeared in the 1850s.

Can you tell me a bit about how natural light is incorporated and featured in the design?

As with any museum of contemporary art, the control of natural light is critical to the protection of sensitive objects. However, one of the most interesting galleries in the museum is a 290-foot linear gallery that is flooded with natural light, incorporating floor-to-ceiling glass along one side and an expanse of louvers calibrated for its exposure.  It will be used for site-specific installations and revolving exhibits featuring work that is appropriate for natural lighting.  This gallery also serves as a secondary circulation path, allowing patrons to circulate between the light-controlled main galleries and the natural daylight of the linear gallery.

In the academic wing, clerestory monitors are located at regular intervals recalling the original industrial skylights of the previous building.  These create pools of natural light within the circulation corridors.  In addition, a transparent glass connection creates the transition between the contemporary structure and the historic neoclassical building that originally housed the museum.

What are the building’s sustainable features?

The features that we find most compelling are the low-technology strategies that we believe will have global relevance in the decades ahead.

These include the re-use and re-interpretation of existing historic fabric; not just in the stabilization and incorporation of the original brick walls into the design of the facade, but also in the reuse of approximately 70,000 individual bricks that were found in piles on the site from walls that had already fallen.  These reclaimed bricks were reinterpreted throughout the hardscape elements of the courtyard and the surrounding streetscapes.  The re-milling of historic timbers and decking found on site was also reused for interior finishes.   Taken together with the incorporation of the new materials, the result is that the overall project is constructed of a palette of timeless, durable materials including, brick, concrete and cast glass. It is built to last centuries rather than decades, which should be a foundational principle of sustainability.

Another significant sustainable feature has to do with its location.  The project is a reinforcement and extension of one of the most walkable cities in the United States.  A neglected urban street and an overgrown courtyard were transformed into a series of humane pedestrian environments that are directly connected to the city center and build on Savannah’s celebrated network of public spaces.

The future of sustainability worldwide will likely demand that our latest technologies work hand in hand with indigenous, organic strategies which rely on local artisans and local production.

What was the budget for the project?

How long did the project take to complete? 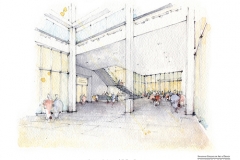 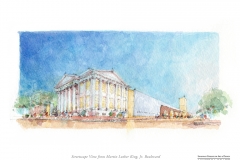 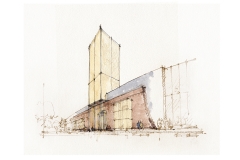 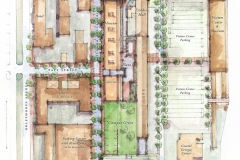 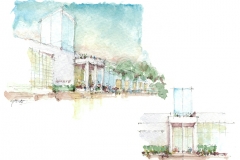 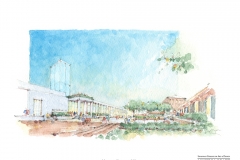 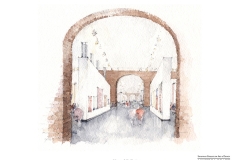 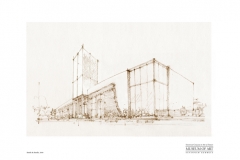 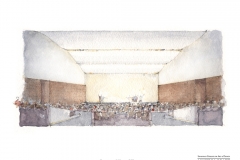 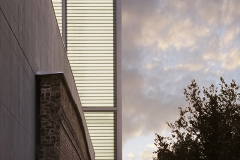 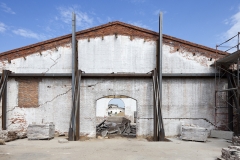 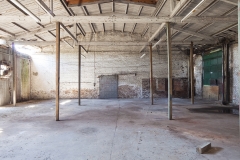 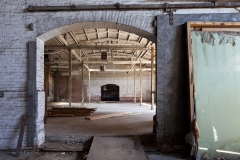 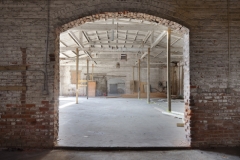 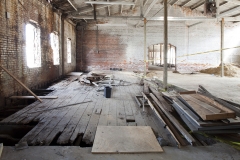 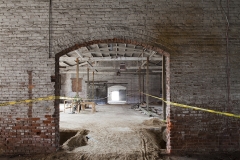 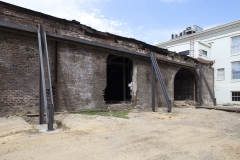 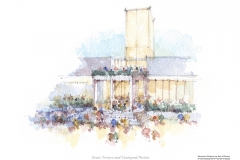 By JoAnn Locktov In 1987, as fashion designer Karen Thompson was restoring her home, she taught herself the ancient craft...