Restraint and respect have won the day for Guthrie Gustafson Nichol (GGN) in San Francisco.

On Saturday, the San Francisco Recreation & Park Department and the Trust for Public Land, in partnership with the San Francisco Parks Alliance named GGN the winner of an ideas competition to develop concept designs for two sites along the India Basin shoreline.

It’s a mixed-income neighborhood, on a site that originally served as a commercial boatyard in the 1800s, and for naval vessels during World War II. More recently, light industry has operated there, but artists, too, populate the community. In an adjoining area, a company called the Box Shop rents shipping containers as studios to industrial art fabricators. They’re popular – and they lend a bohemian flavor to the community.

GGN’s approach to the designs for the site was light-handed and more concerned with connecting the community to the shoreline than with any new, iconic symbolism.

“We proposed a series of crosswalks and pedestrian-scale walkways that connect the boatyard to the neighborhood, so those in low income housing at the top of the hill can easily walk across the area and get to the park,” she says.

Those crosswalks and walkways are perpendicular to the water – starting with piers, extending to pedestrian-friendly crossings across Innes Avenue, and progressing to a number of hill climbs. It’s meant to grant access to all – the artists, the community activists and those who’ve lived there for decades – but especially those without cars who have a hard time crossing the street.

“It’s a wonderful, walkable hill town that’s right on the water with its original shoreline – it’s never been dredged,” she says. “It’s a rare, unmarred landscape where you have close to the original tide flat, instead of a hard edge, and then, the original boatyard.”

The next step is a listening phase, which will later be layered again designs from the competition, and followed by some fine-tuning. “There will be a lot of truthing to do,” she says.

There’s obviously been quite a bit of that already. 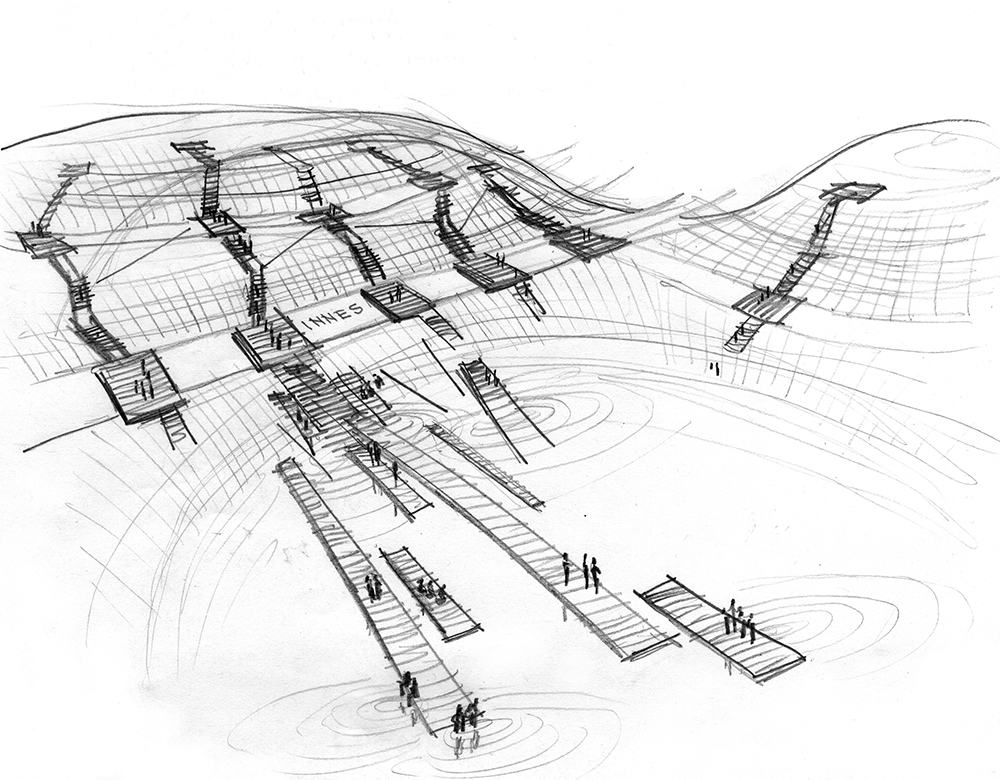 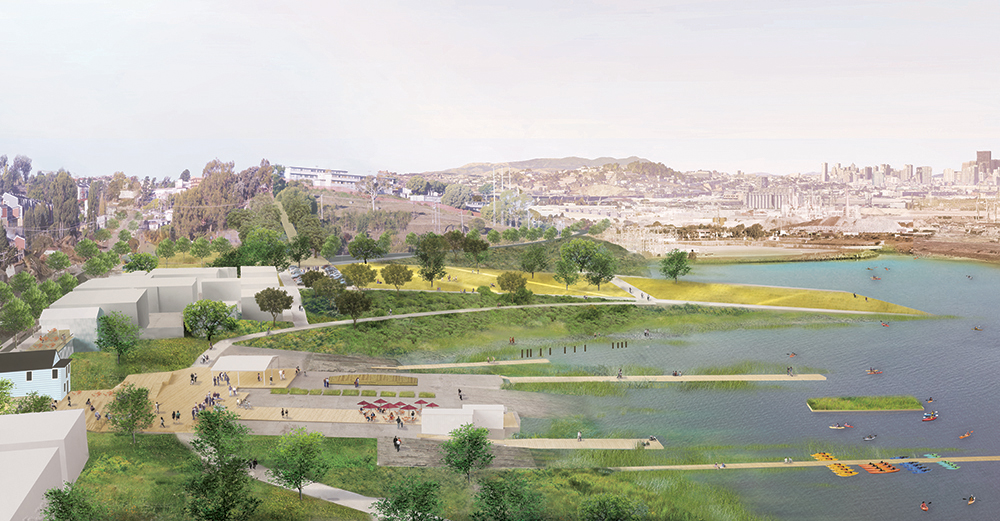 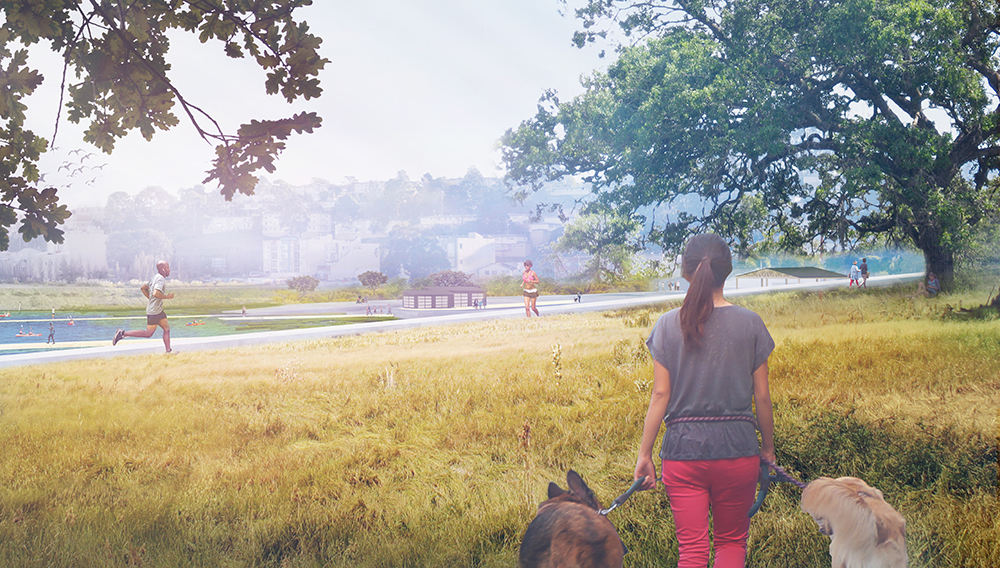 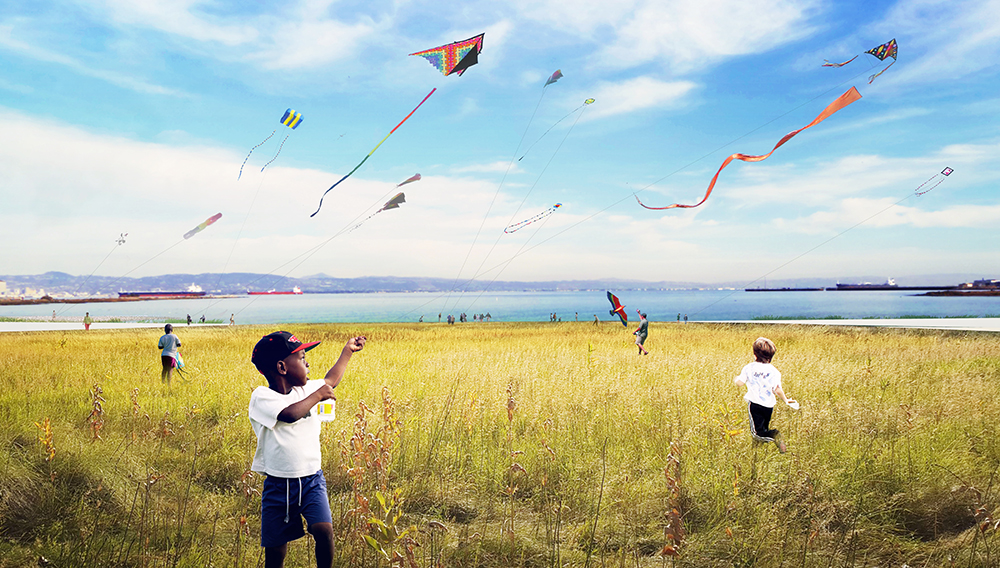 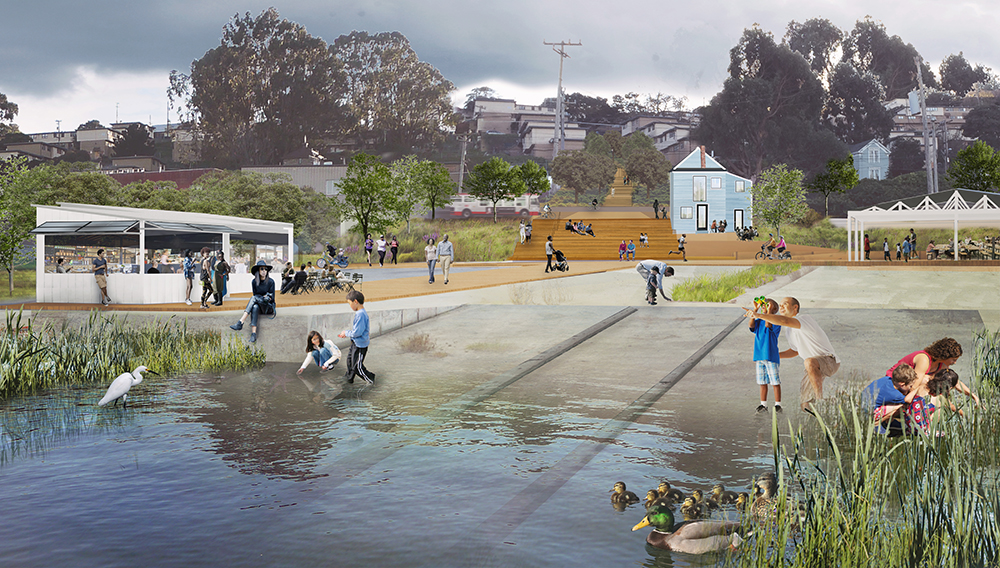 Its success in the bath firmly established, California Faucets stepped up to the kitchen late last year. For its efforts,...