On July 30, the Peabody Essex Museum (PEM) in Salem, Mass. will open to the public a series of 45 stunning paintings by a groundbreaking group of 19th-century artists who sought to establish the first American brand of landscape painting.

Painting the American Vision is an exhibit of work by artists in the Hudson River School, from a collection by the New York Historical Society.

They were a loosely affiliated group of painters, poets and writers who wanted to create a distinctly American aesthetic, liberated from European history and artistic conventions. They shared a belief in the transformative power of nature, its ability to change and be changed, and its potency as a source for individual spiritual renewal.

The exhibit covers more than just the Hudson River School, by featuring Thomas Cole’s five commissioned paintings from “The Course of an Empire.”  It depicts the rise and fall of an anonymous, fantastical classical civilization.

“It was a tremendous artistic achievement,” said Sam Scott, PEM’s coordinating curator for the exhibit.  “He demonstrated that he knew and was accomplished at traditional Western forms of painting and European composition, and appealed to the European academics about what a good painting was.”

Later, his compelling take on the American landscape influenced many others, including Albert Bierstadt, Frederic Edwin Church, Jasper Francis Cropsey, and Asher B. Durand and.  Their works in the exhibition present scenery, real and imagined, of locations from New England to the Yosemite Valley, from Niagara Falls to South America.

“’The Course of an Empire’ made his career and his reputation in his lifetime,” Scott said.  It put him at the forefront of the artists of his time.”

The Hudson River School of artists would encamp, en masse, to locations like the Catskills of New York, painting every day for weeks at a time.  The PEM exhibit reveals for the visitor the working process for what they did to prepare themselves to create.

In addition to Cole’s “The Course of an Empire,” the exhibition is organized into studies from nature, the pastoral, the profound and American vista paintings, mostly in smaller, parlor paintings.  But a fifth group is classic, large-scale and panoramic, pulling together all the elements from the smaller paintings.

“They explore the full range of light, subject and season, applying the technique of careful study,” Scott said.  “Their paintings counter summer with winter, as well as evening with morning.  The final group is designed to give visitors a big finish.”

For more on Painting the American Vision, go to http://www.pem.org/exhibitions/132-painting_the_american_vision 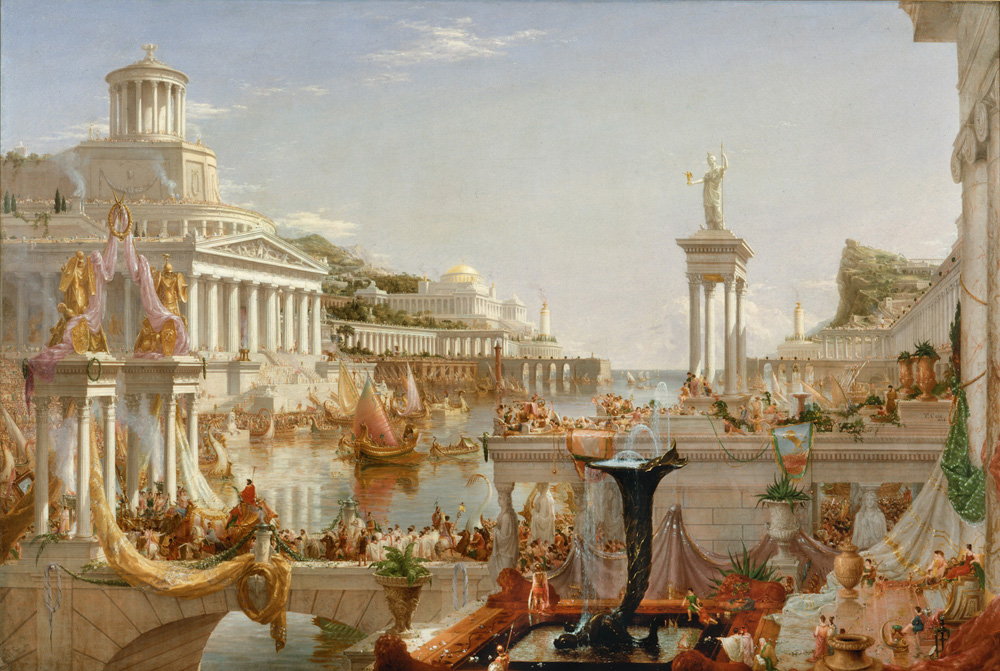 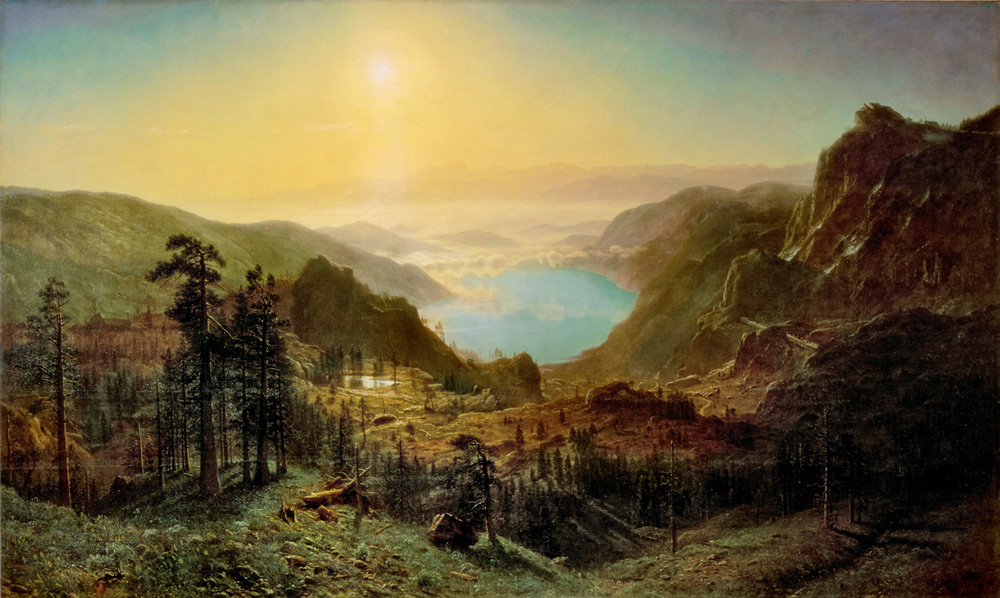 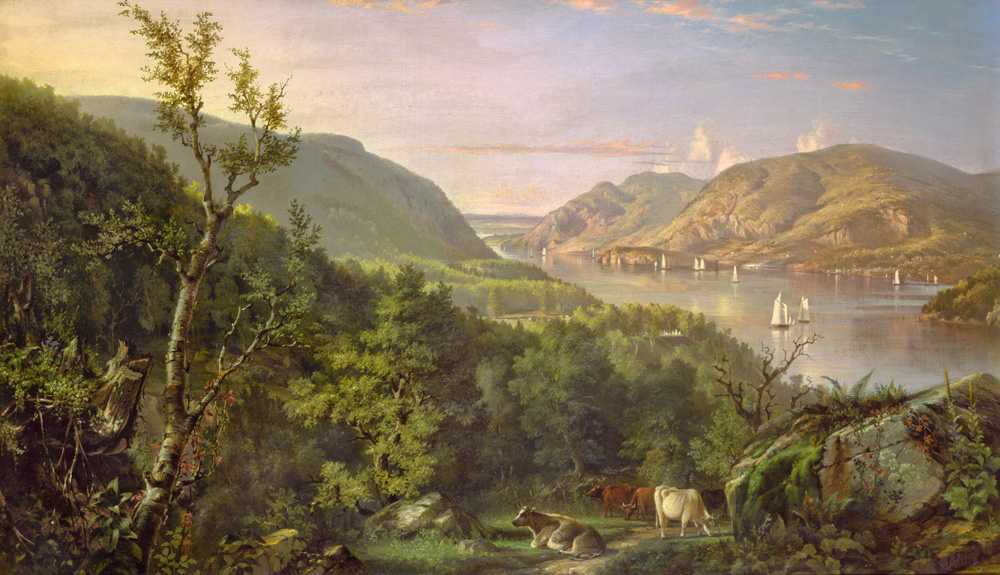 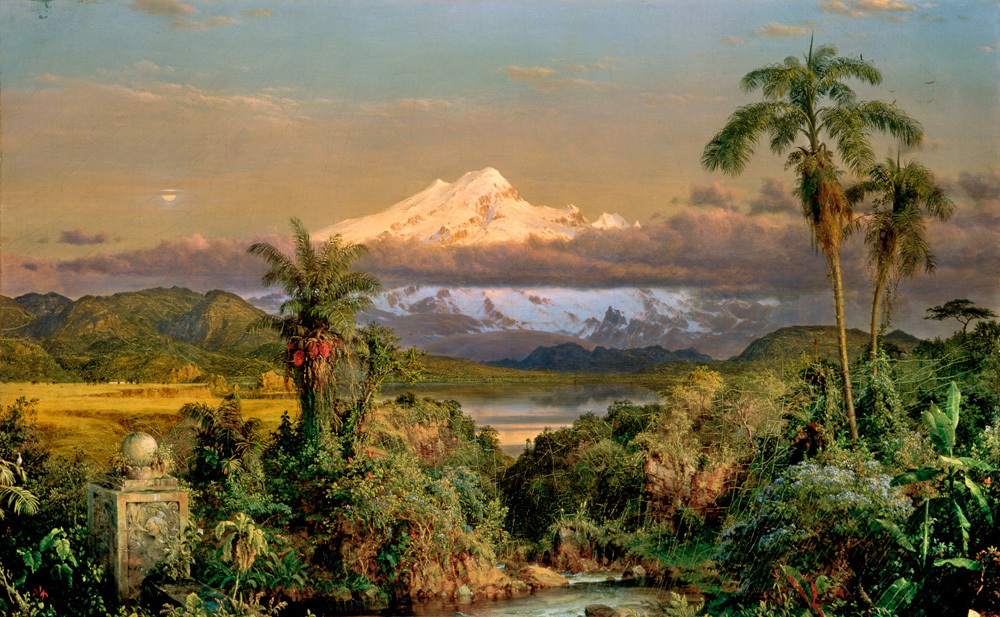 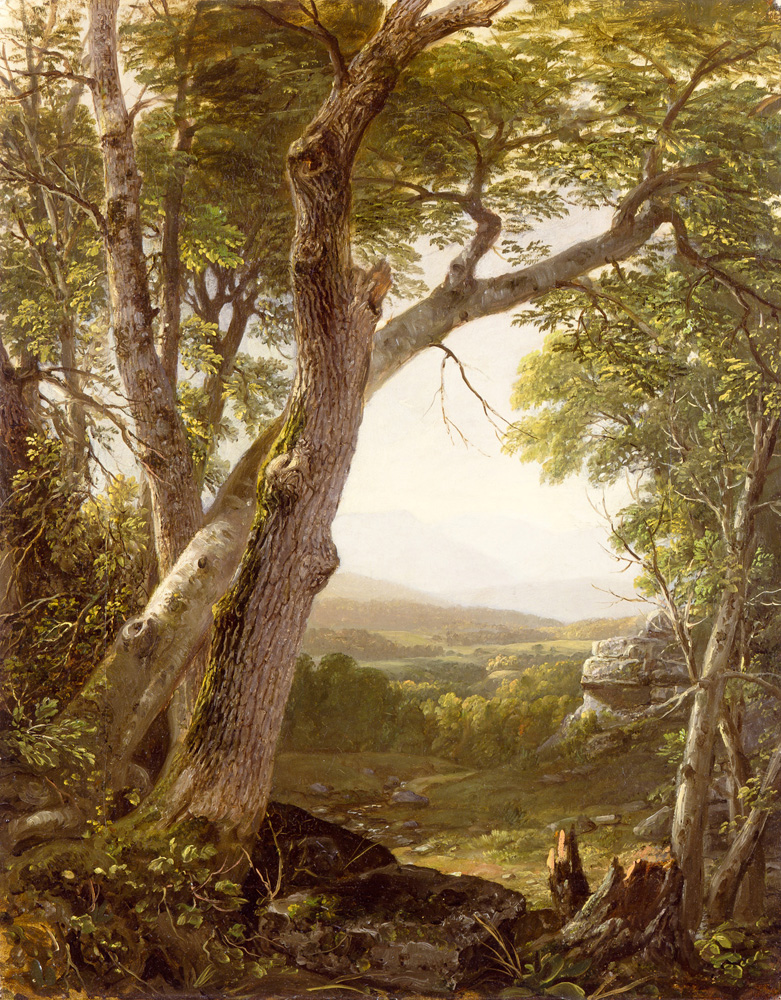 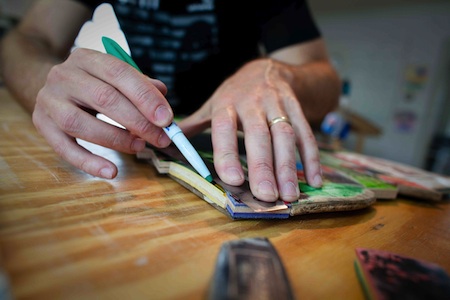 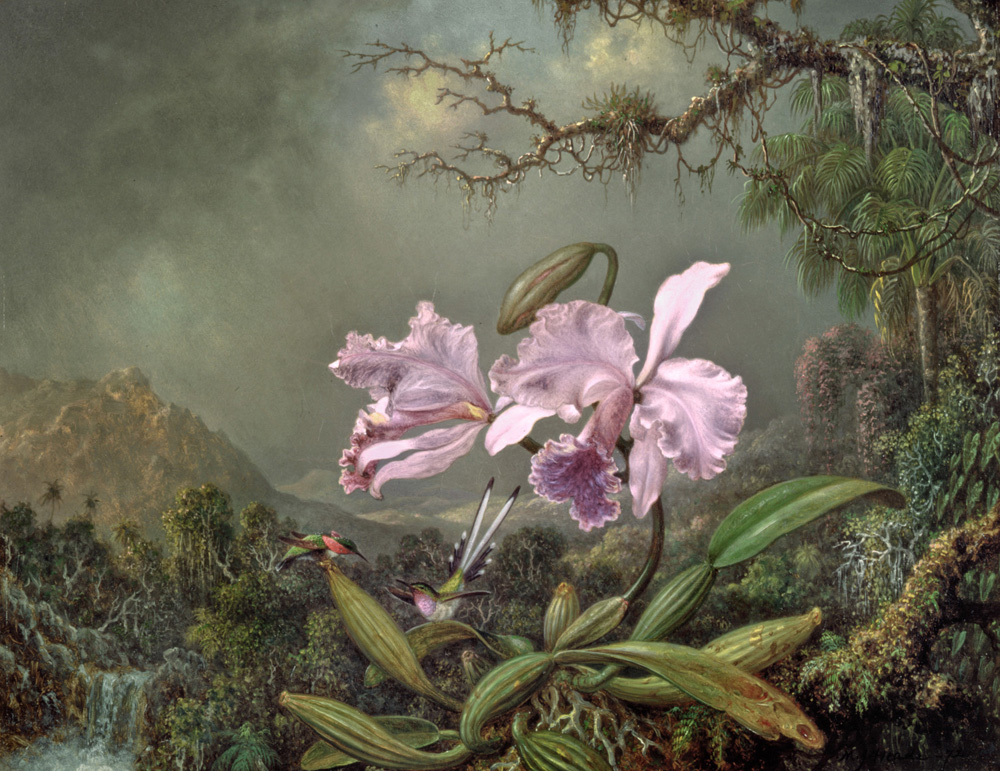 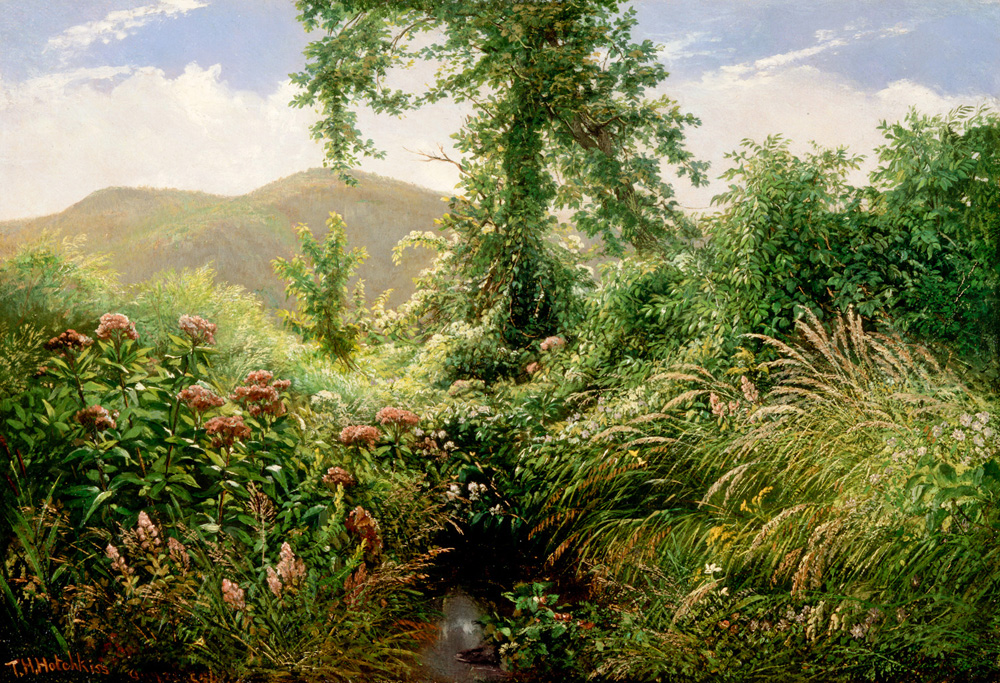 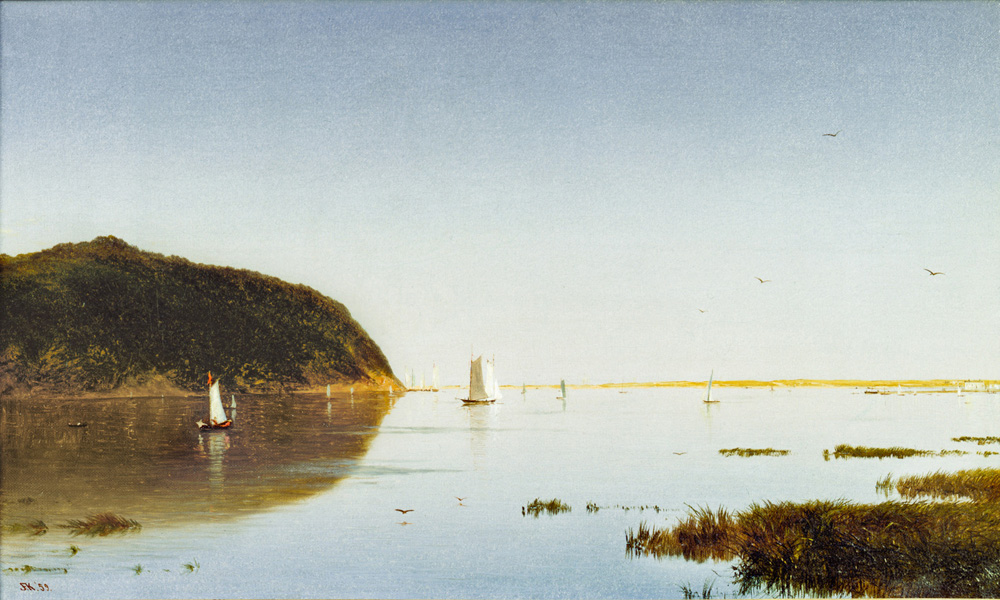 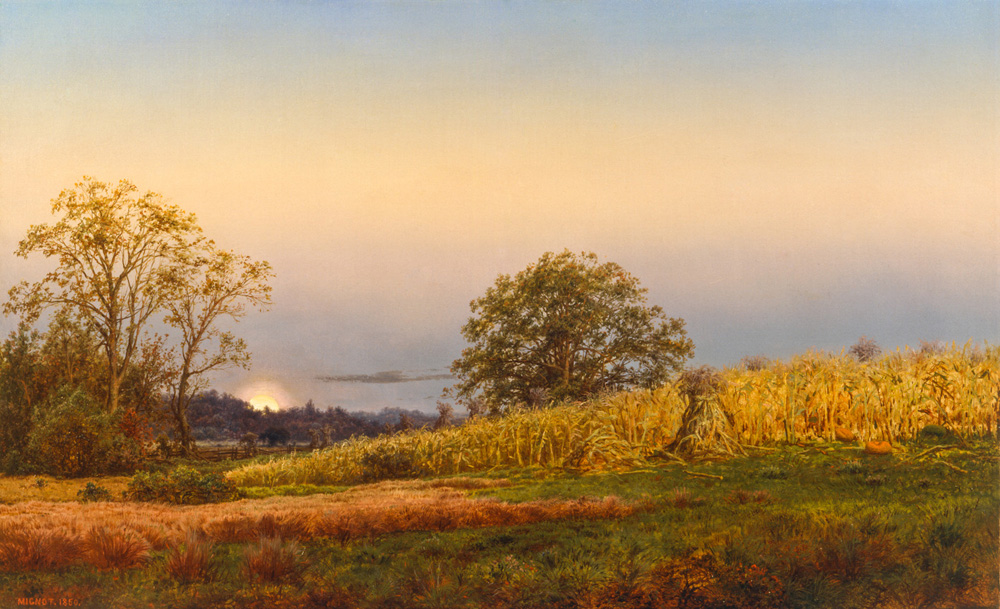 Great post. This exhibit is definitely going to be fantastic — and for anyone who’s interested in experiencing Hudson River School artwork in the context of music, there is a special concert taking place at tomorrow’s (7/30) opening of the Painting the American Vision exhibit.

My string quartet inspired by “The Course of Empire”, the aforementioned series of five paintings by Thomas Cole, will be performed by members of A Far Cry at 11am and 3:30pm at the Peabody Essex Museum in Morse Auditorium (free with museum admission).

Check out today’s Boston Globe article profiling the concert. To learn more about Thomas Cole’s paintings and my string quartet, you can check out the companion website to the event at Beyond the Notes.