It’s another tale from the depths the Great Recession, but this one ends happily.

Just as the new James B. Hunt Library was moving toward construction on the campus of N.C. State University in Raleigh, financial realities intervened.

“The state cut the budget by $10 million and we had to rethink it,” says Nic Rader, design team leader at Snøhetta, lead architects on the project. “But we ended up with a much better project.”

The cut in funds meant not just losing an entire floor of the building, but moving its technological tour de force – an electronic book retrieval system known as the “Bookbot” – from the first floor to below grade.

“We lowered it 19 feet,” he says. “We got amazing consultants for waterproofing and weather and systems like sump pumps – they worked with us and our structural engineers to make it failsafe underground.”

The “Bookbot” takes up most of the lower level, which currently holds 1.5 million books and has capacity for a half-million more. It’s the size of a huge warehouse, with a column, mounted on a track, that seeks out books at the swipe of a finger and then delivers them to a librarian’s desk. Books used frequently are moved closer to librarian, to reduce retrieval time.

With the move of the “Bookbot,” the library came down to five floors and 235,000 square feet, and to $83 million versus its originally estimated $93 million. It opened earlier this year.

“It’s a huge building but it doesn’t feel like it because the vertical fins break it up, so it’s not made of straight horizontal lines,” Cease, whose firm served as executive architects, says.

“I was there recently for a long weekend, and I met people there who weren’t students at all,” says Rader. “Some were studying for CPA and real estate exams, and others were students from Wake Forest University and UNC.”

“The funniest thing that I’ve heard was about four buses that pulled up,” says Cease, “They were full of football recruits with their parents.”

For more information on the Hunt Library, go to http://www.lib.ncsu.edu/huntlibrary

For more information on Snøhetta , go to http://www.snohetta.com

For more information on Clark Nexsen, go to http://www.clarknexsen.com/ 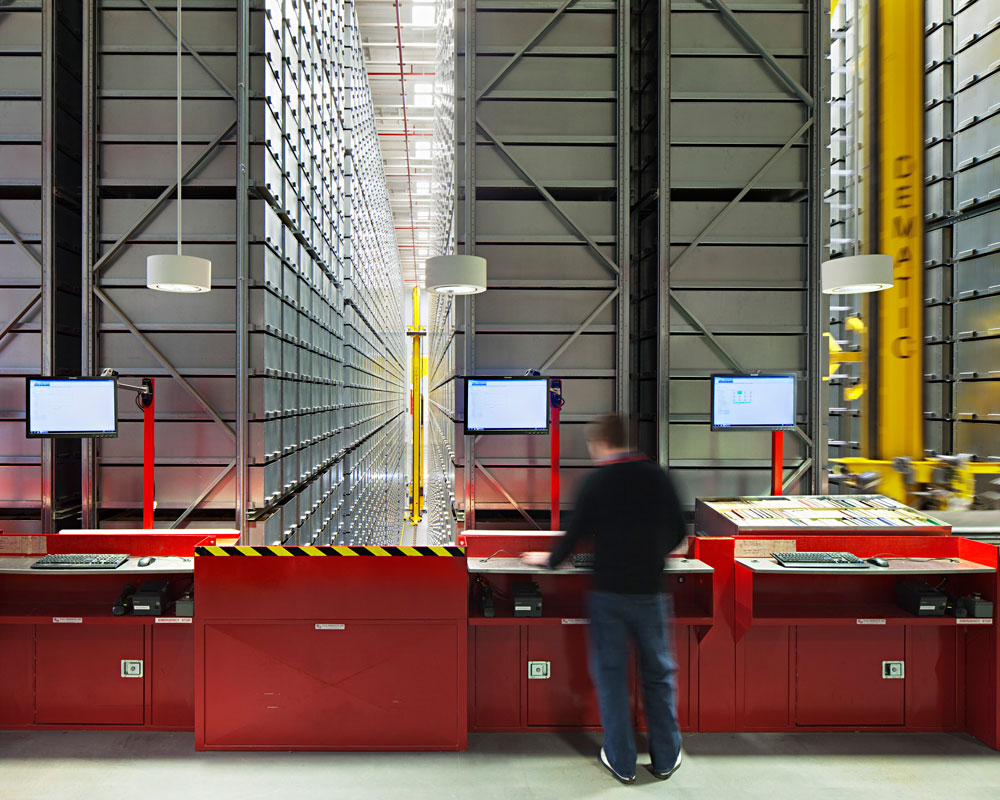 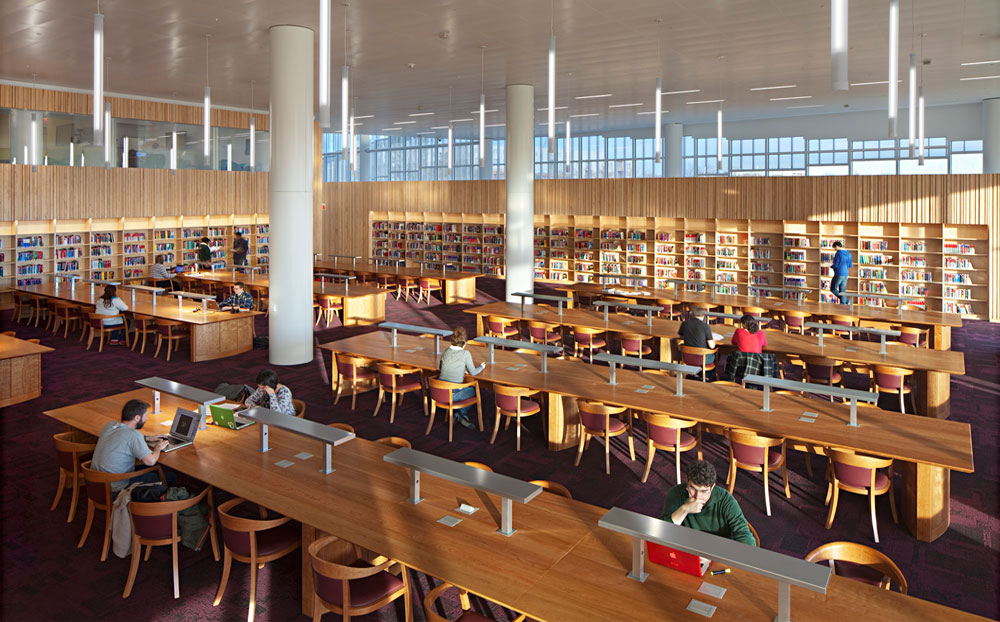 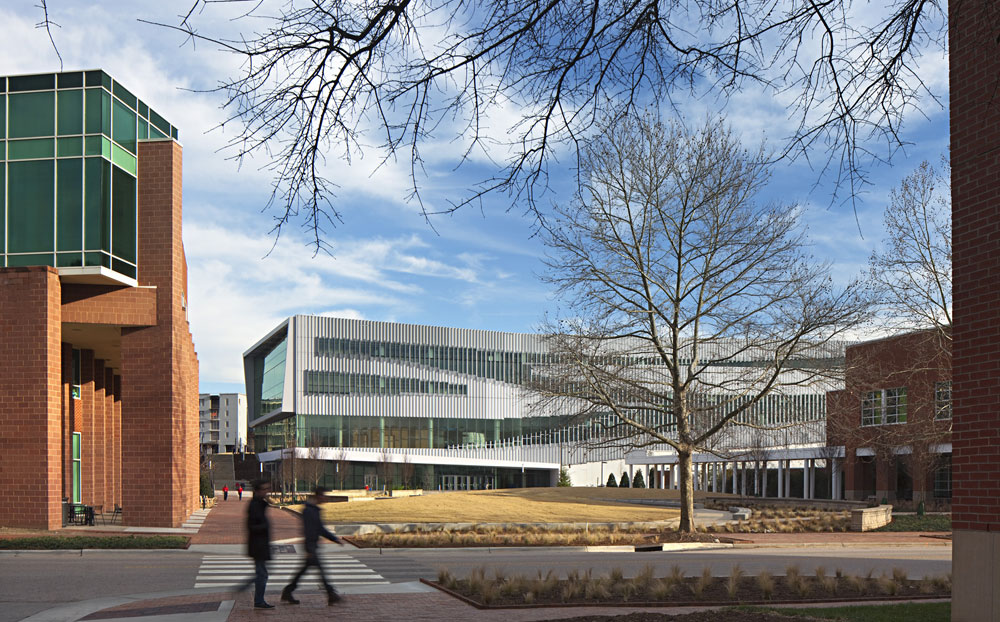 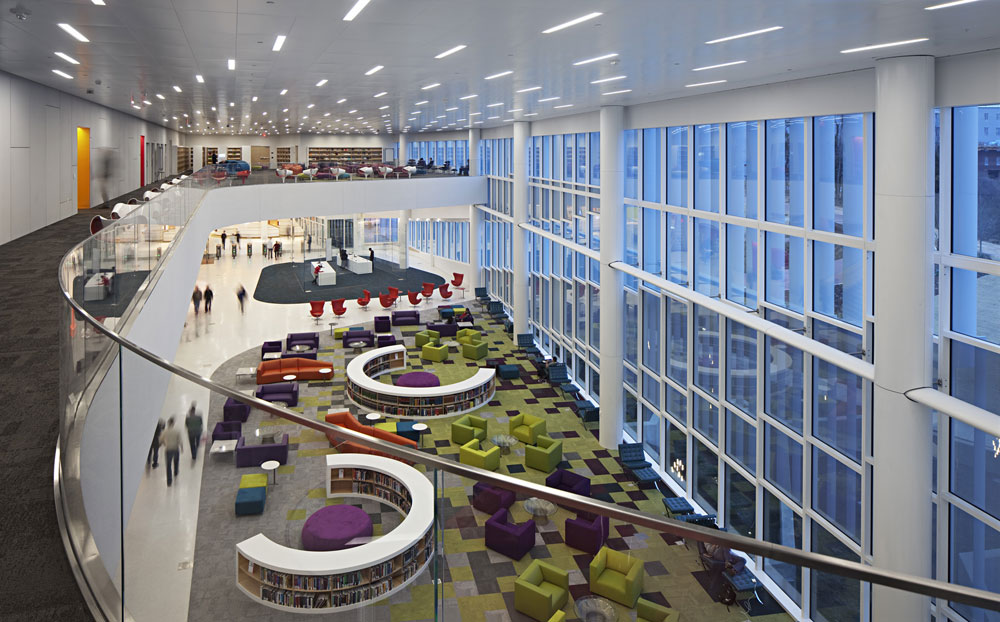 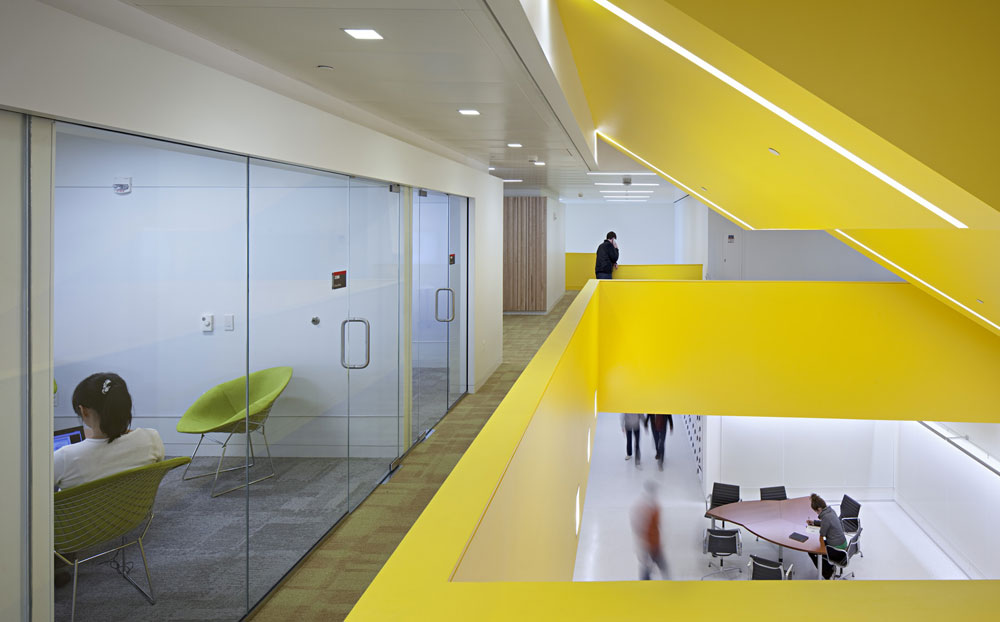 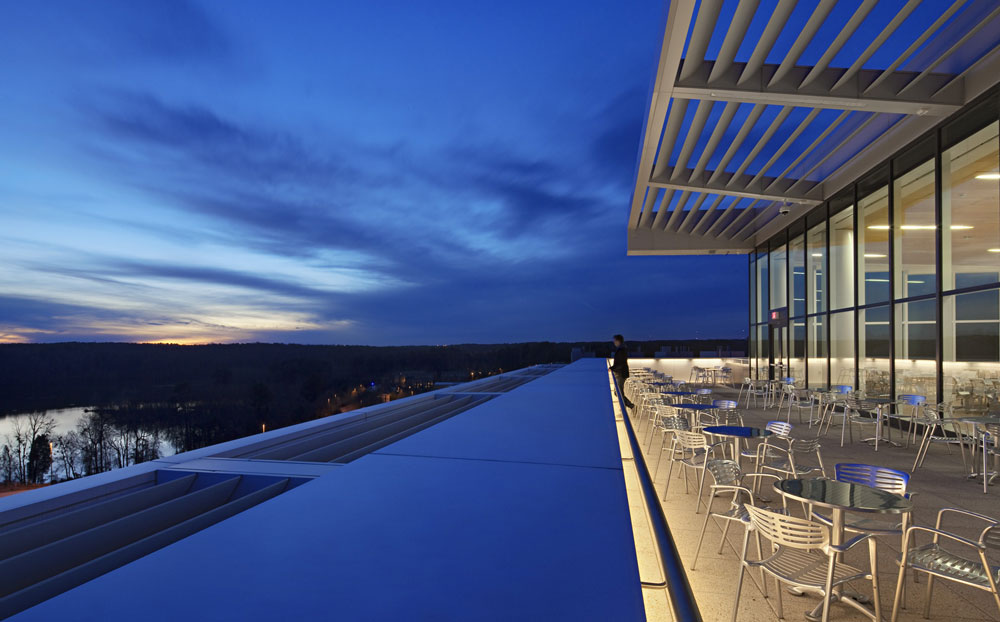 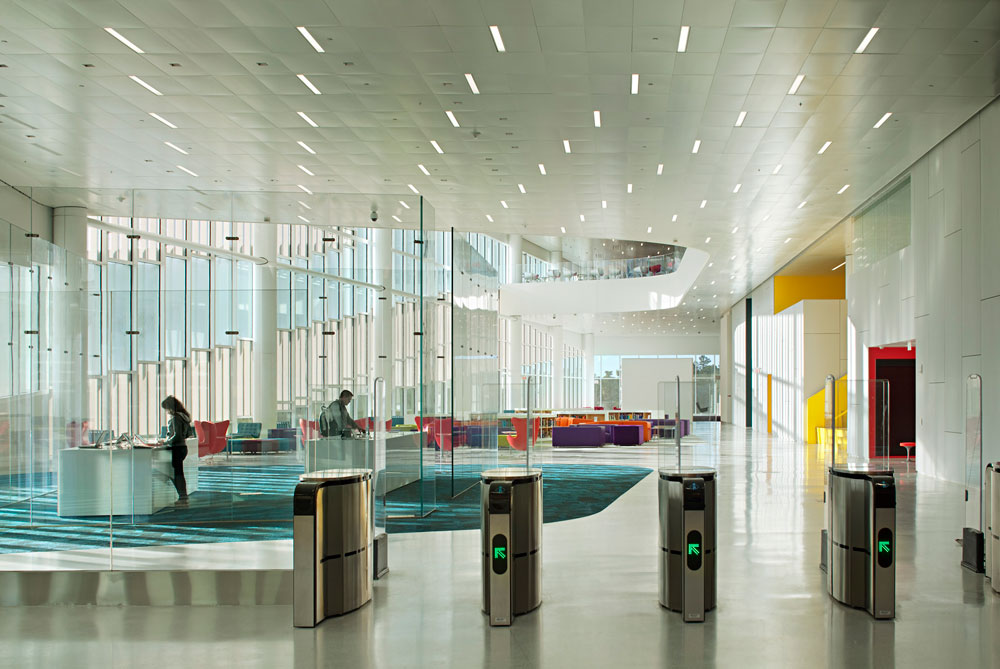 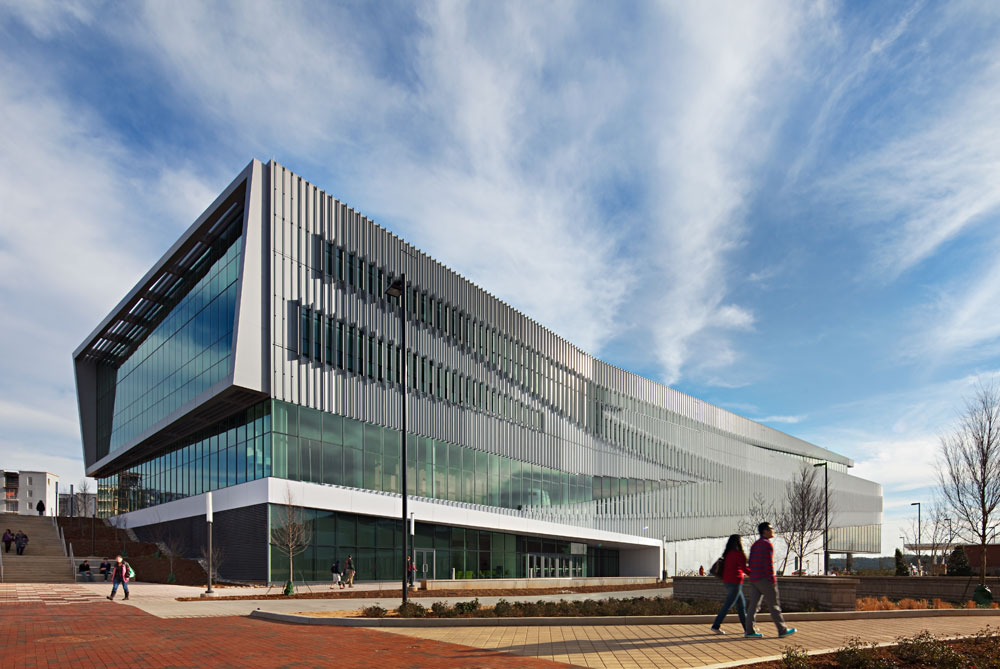 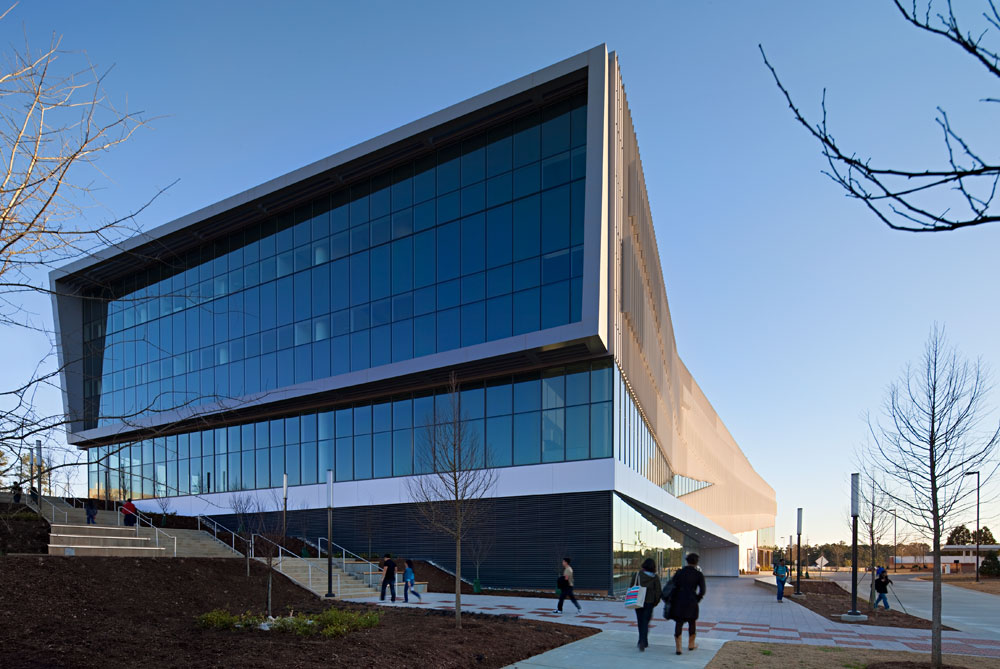 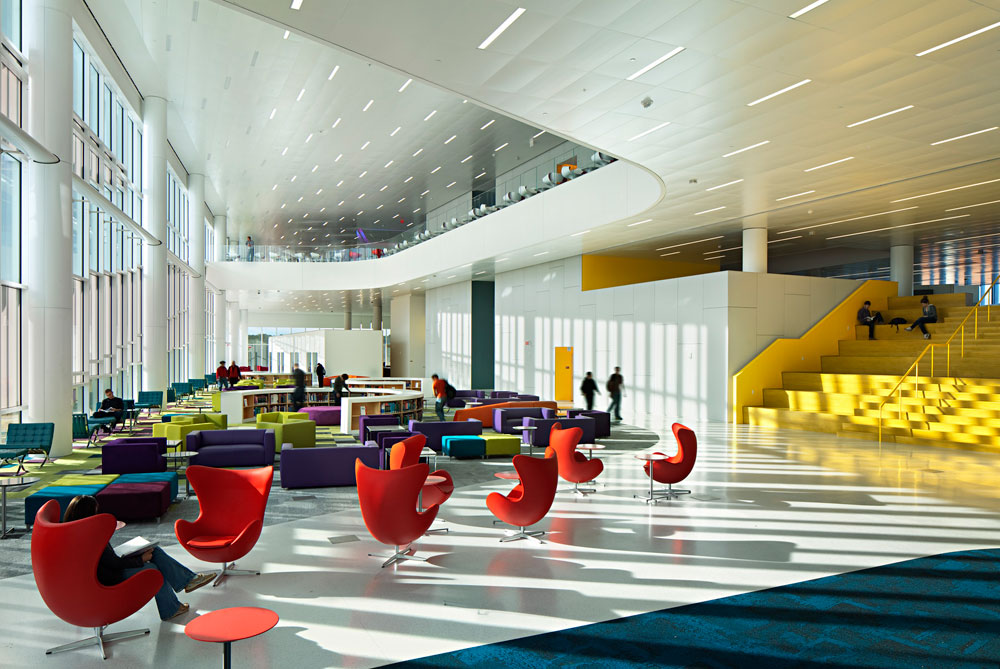 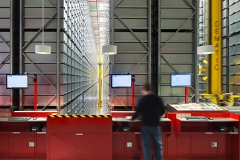 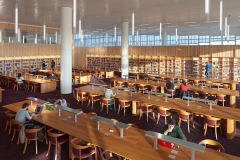 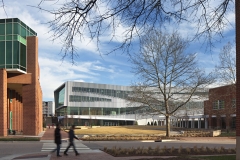 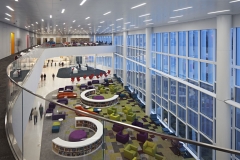 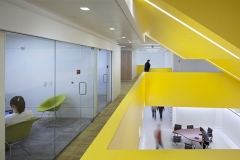 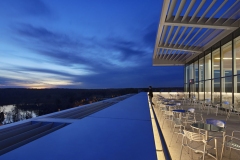 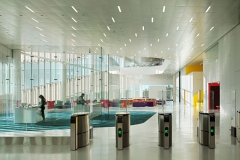 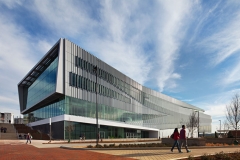 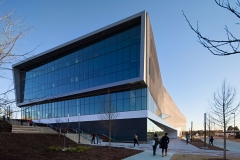 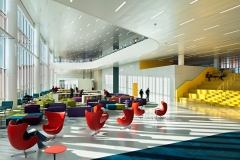 Henry Ives Cobb certainly knew how to draw up a master plan for the ages - and he did precisely that for the University...