San Francisco may have its AIA-sponsored Sonoma Living Home Tours, and New York its Kips Bay Decorator Show House, but Raleigh’s annual spring home tour is a bird of a different feather.

On May 17, its 10th annual Tour D’Coop will offer a look at some of the more innovative chicken coops in backyards across the city.

Last year, more than 1,200 people bought tickets to the self-guided tour, raising $26,000 for the Urban Ministries of Wake County.

Among the more innovative coops on display was a red “A” frame designed by Michael and Kimberly Hayden for their three Ameraucana chickens.

“The chickens have much more room at the bottom, and a roost area at top where they get closer together, and their body heat helps them stay warmer,” says Michael Hayden. “There’s plenty of ventilation – and in the rain, the water runs right off.”

He built it out of wood left over from a fence project, just a few inches shorter than the fence itself, and then stained it a matching Mahogany Flame from Cabot. “It’s low profile – we didn’t want to be intrusive with our neighbors,” he says. “No one would know we had a chicken coop unless they looked over the fence.”

Which the neighborhood children do on a regular basis. “They come over and watch us feed them and take the eggs out,” he says.

He considered mounting it on wheels initially, then decided to add a nine-foot, enclosed run instead, so their chickens don’t run loose in the yard.

Alas, the “A” frame won’t be among the coops to be toured this year. The Haydens will be moving to Wilmington and a former North Carolina governor’s home, built in 1825. A Federal-style coop may be in order there, so the red-stained “A” frame may be left behind with new owners of their Raleigh home.

Along with their three chickens. 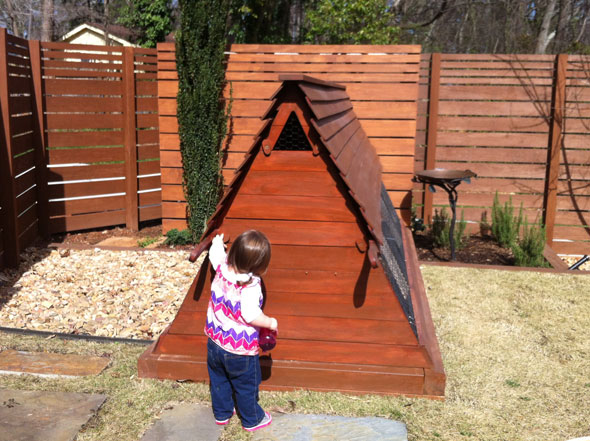 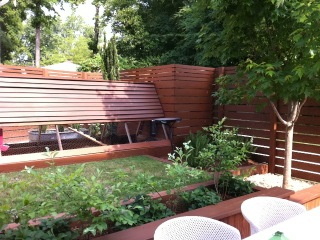 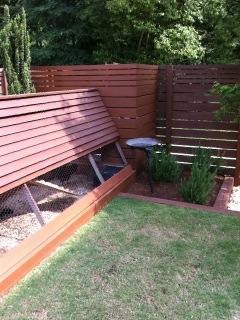 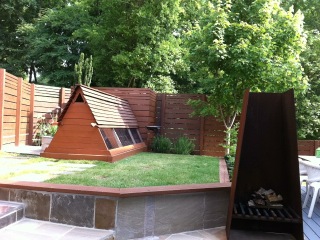 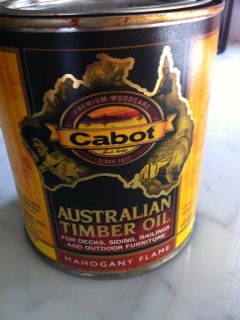