Here we have one of our first posts from January 2013, on the work of the then-new Raleigh architecture firm created by Matthew Griffith and Erin Sterling Lewis, and known as in situ studio. Their firm has grown considerably is size and stature since then, and here’s one reason why:

Six architects declined their project before the clients approached Matthew Griffith and Erin Lewis of in situ studio in Raleigh, N.C.

“They came in unannounced, like every architect’s dream,” Griffith says.

The young couple owned a long, thin lot in Raleigh’s historic Cotton Place neighborhood, and they wanted a modern, sustainable – and affordable – home built there.

Griffith and Lewis took on the project for the client’s agenda, and not the profit involved.

“We designed a house for a couple who probably couldn’t afford an architect,” he says.

The result is a two-story, 1,450 square-foot residence made up of three bedrooms and two and a half baths with cool decor – a slender home for a slender lot that’s a quarter-acre in size and perpendicular to the street.

Its plan places entries, stairs, hallway, kitchen, and half-bath to one side, opening up the rest of the space for living.  Its upper floor is pushed towards the back of the lot to create a double-height living space at the street, and a screened porch fronting the back yard.

“We were trying to keep the envelope as efficient as possible,” he says.  “We wanted the front gable to face the street, with a generous front porch.”

Surrounded by densely-packed, if modest homes from the first half of the 20th century, the site is oriented deep along a north/south axis, so solar heating was not an option.  Still, it requires no artificial lighting during the day, and the architects worked hard to maximize Carolina’s summer winds.

In essence, they’ve employed the Venturi effect to cool this house.  Its windward west wall features a number of operable windows, while the leeward east wall, has fewer. So when wind slips into the porous west wall, it accelerates to escape through the smaller openings on the east, generating a draft throughout the house even on days with only a slight breeze.

They conducted energy modeling for efficiency, and spray-foamed the entire envelope with insulation.  There’s a solar hot water panel on the roof, and a ductless mini-split HVAC system with a passive vent for fresh air exchange.  The home utilizes fairly humble materials, including Hardie plank and polymer siding, vinyl windows, asphalt roof shingles, and sheetrock.  Still, as the architect says, it creates a compelling form and space.

Built in neighborhood a few blocks from downtown, and one that’s beginning to experience an upward transition, that make this Chasen Residence a sound investment for the client.

For the architects, it may be a prototype for a larger and potentially more profitable clientele to come. 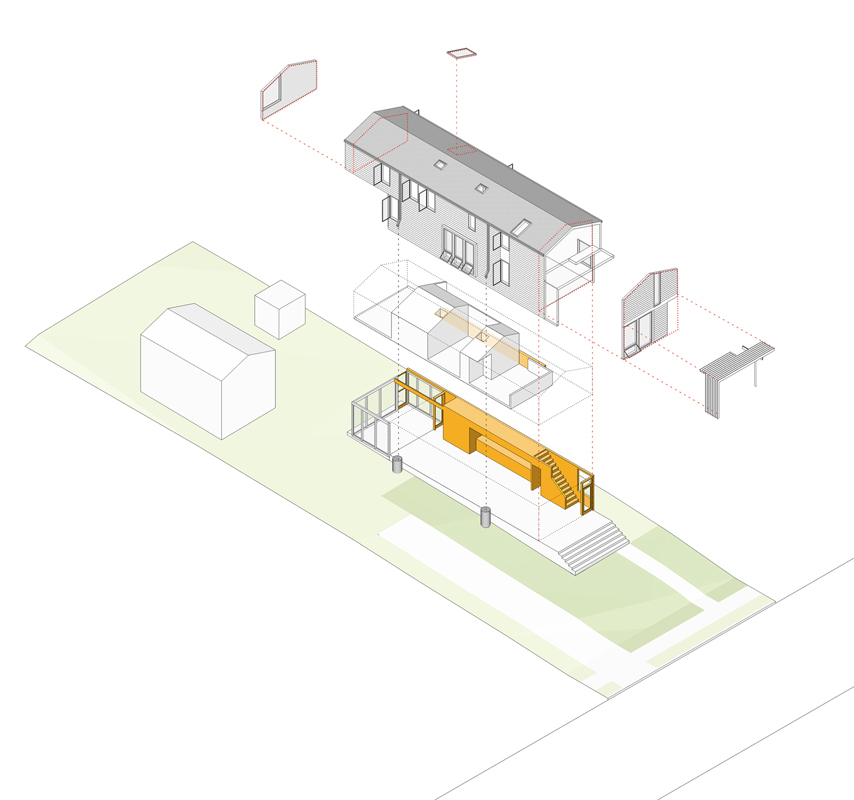 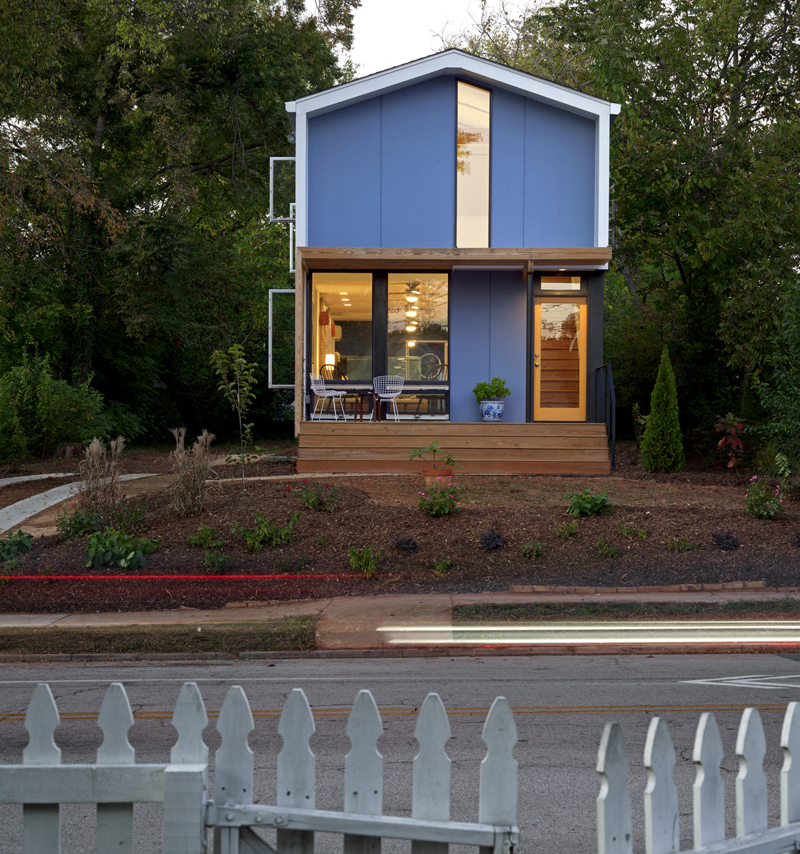 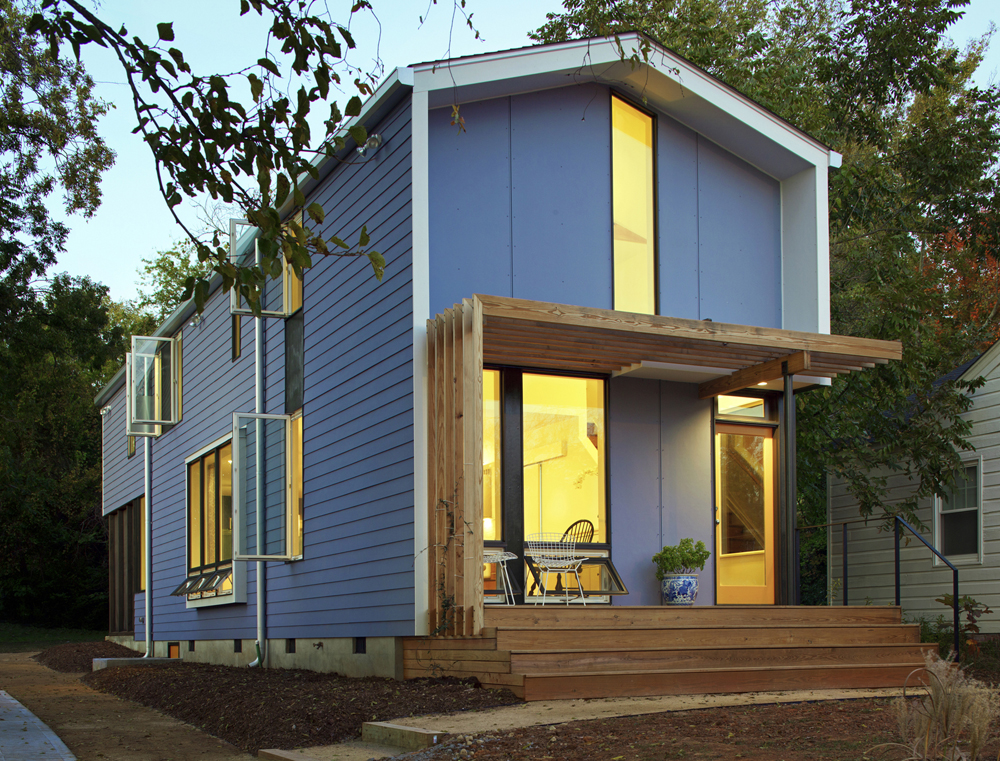 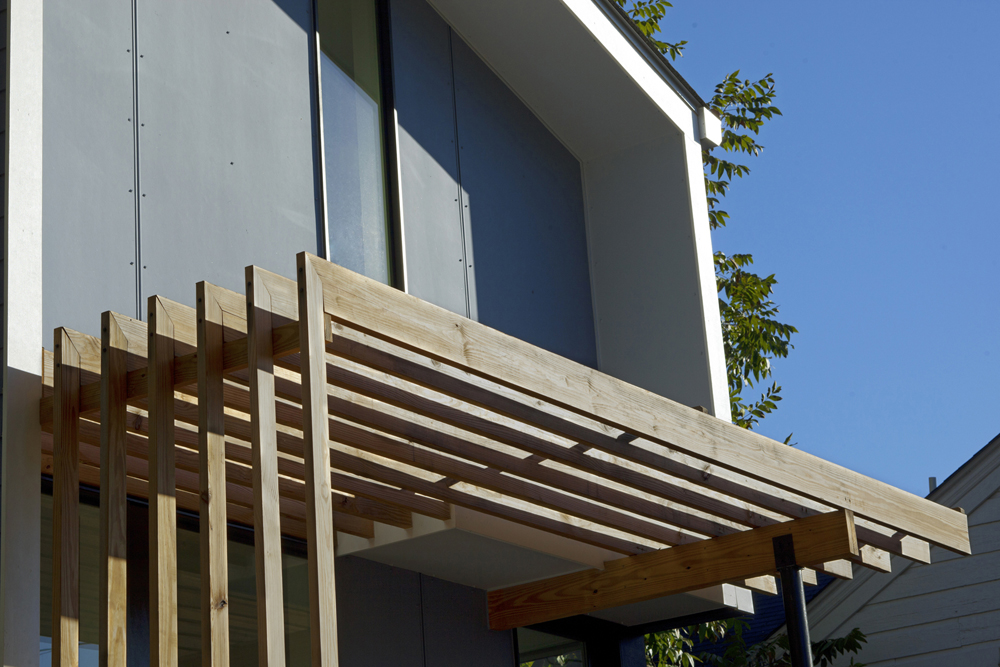 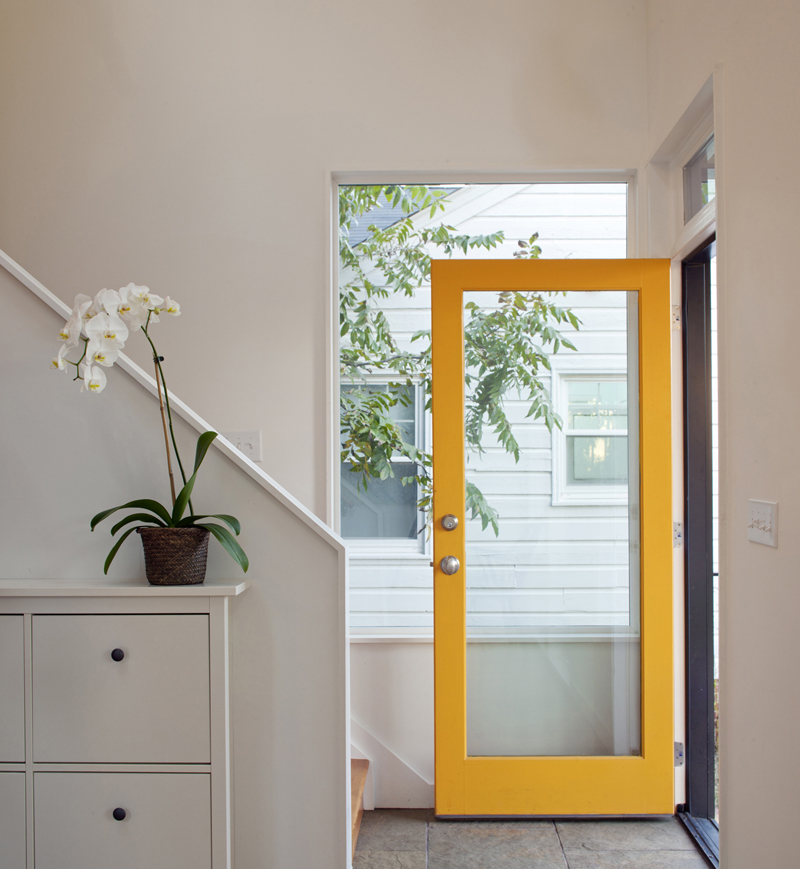 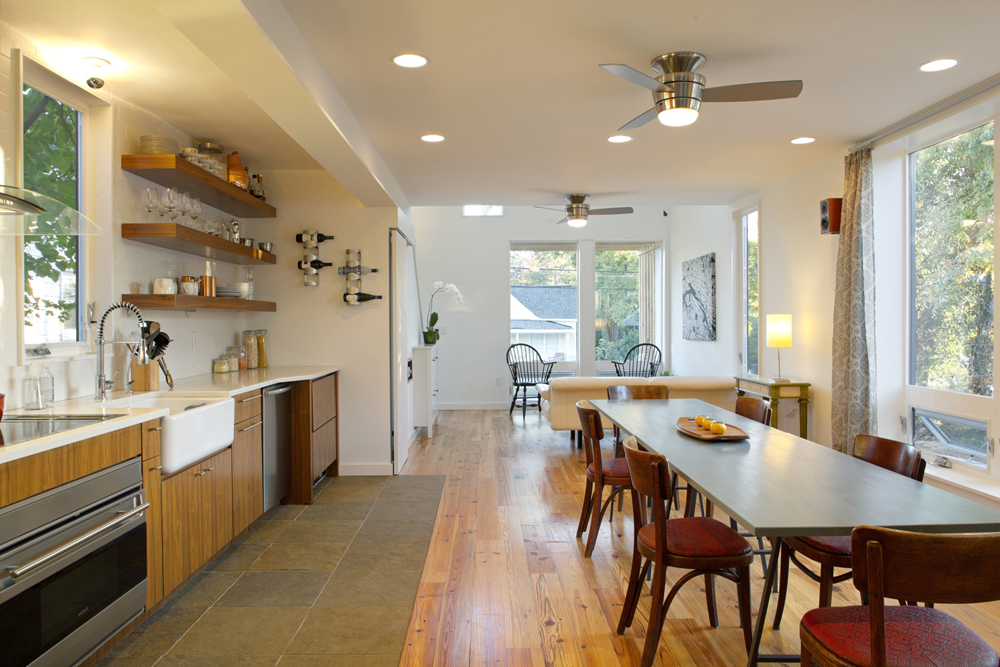 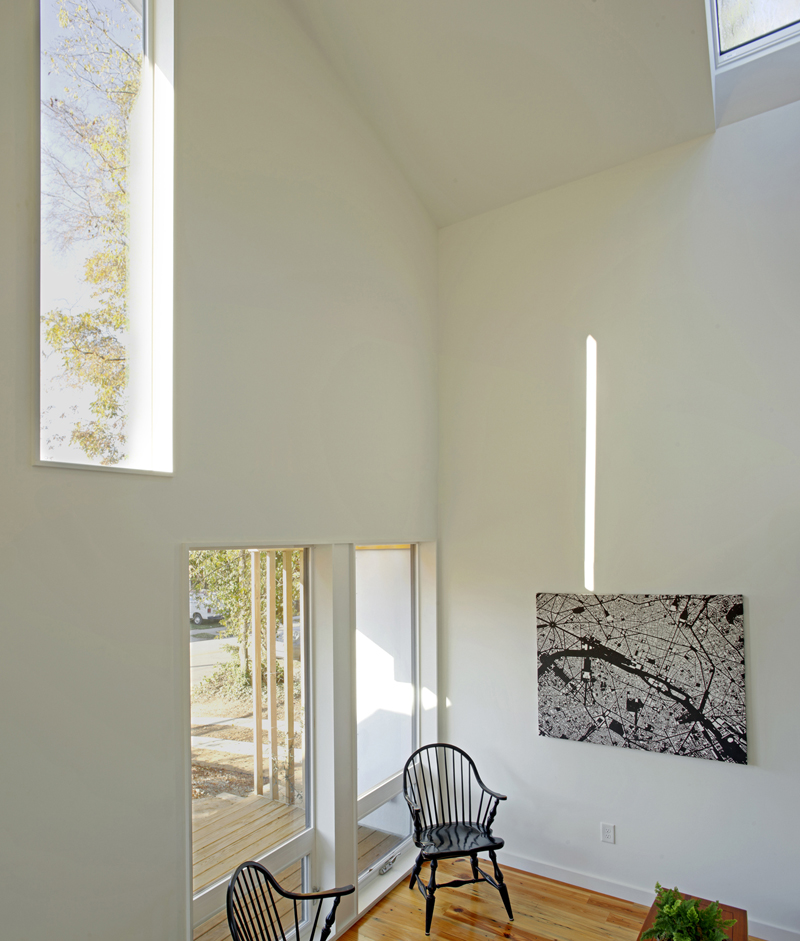 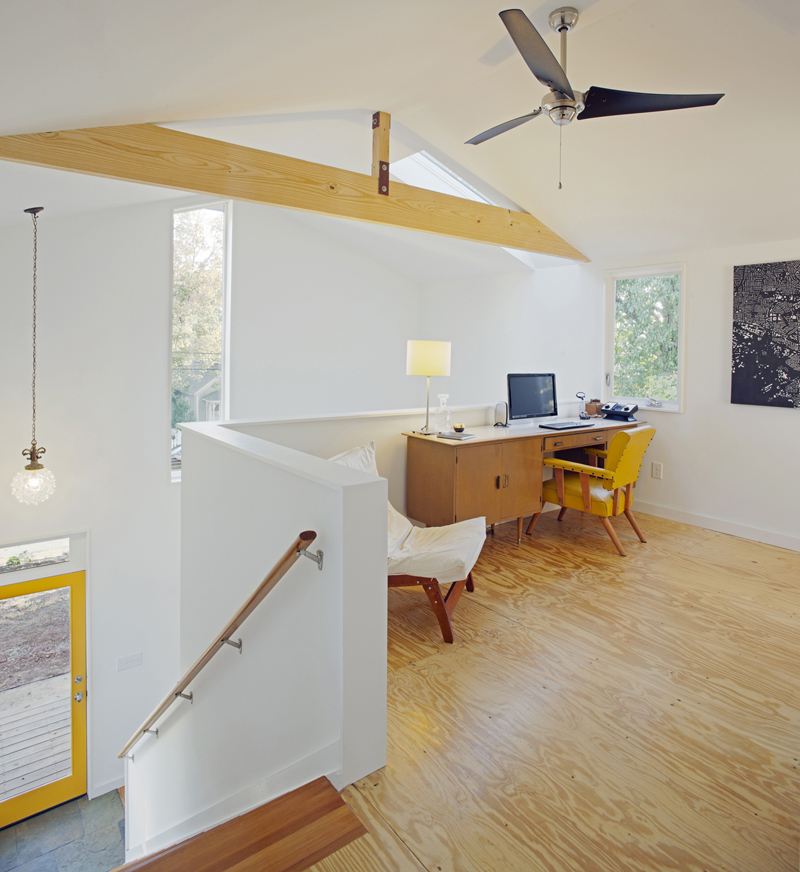 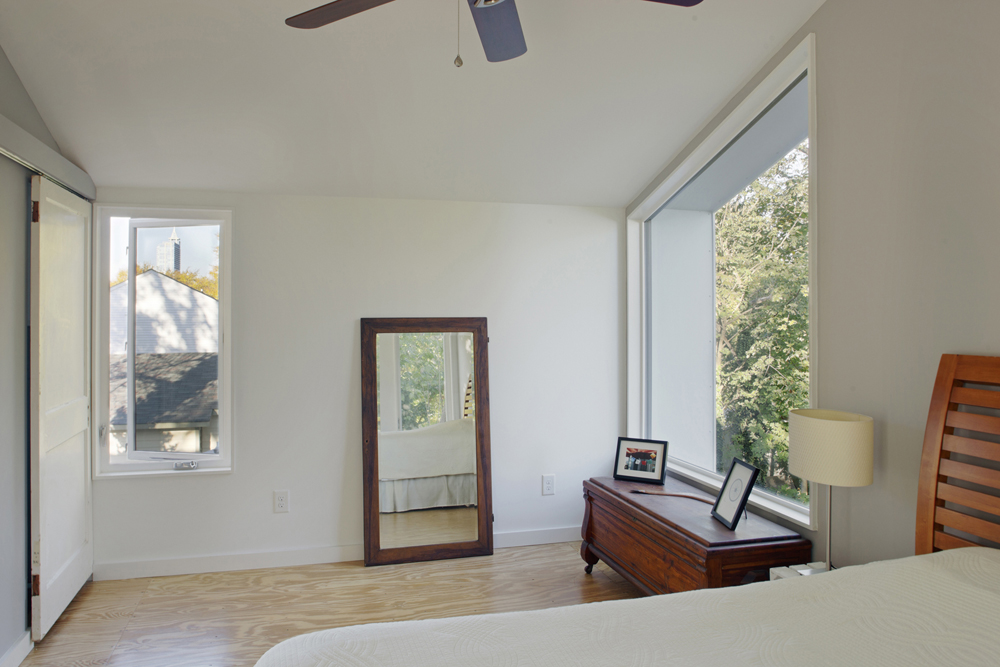 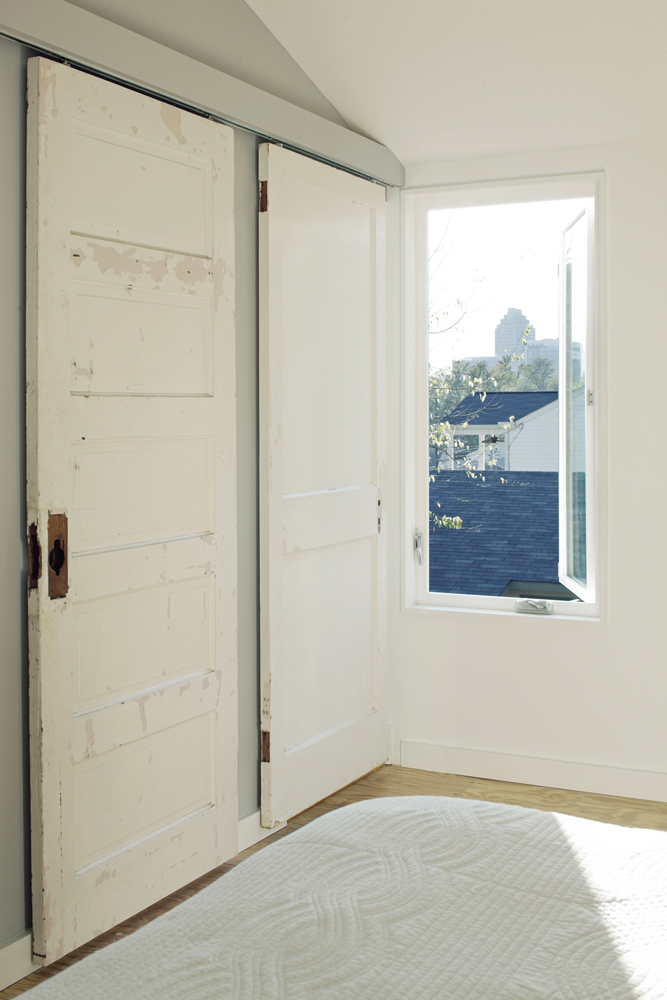 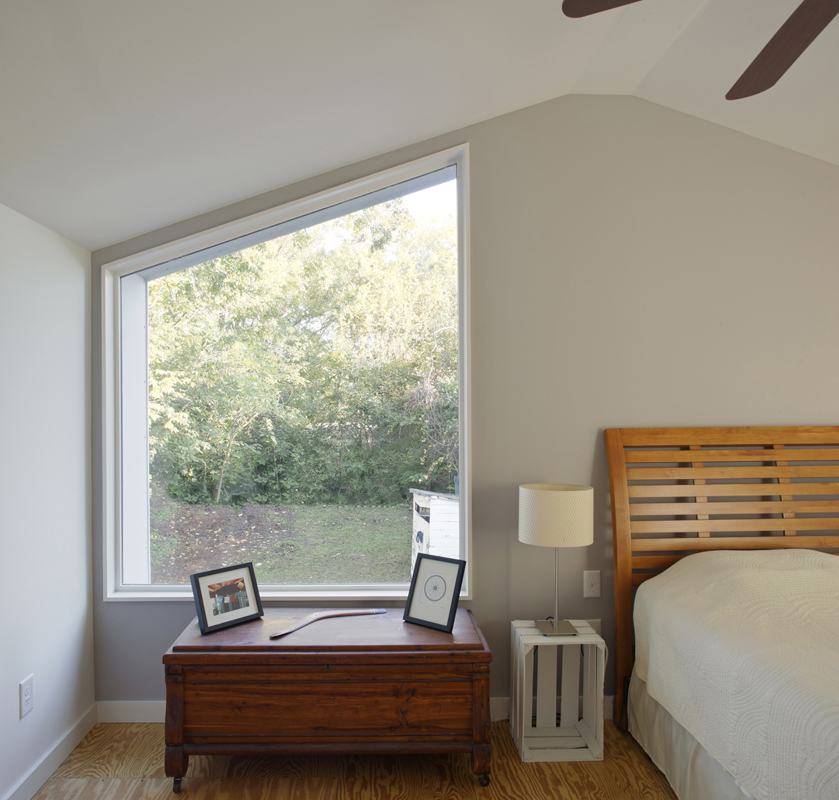 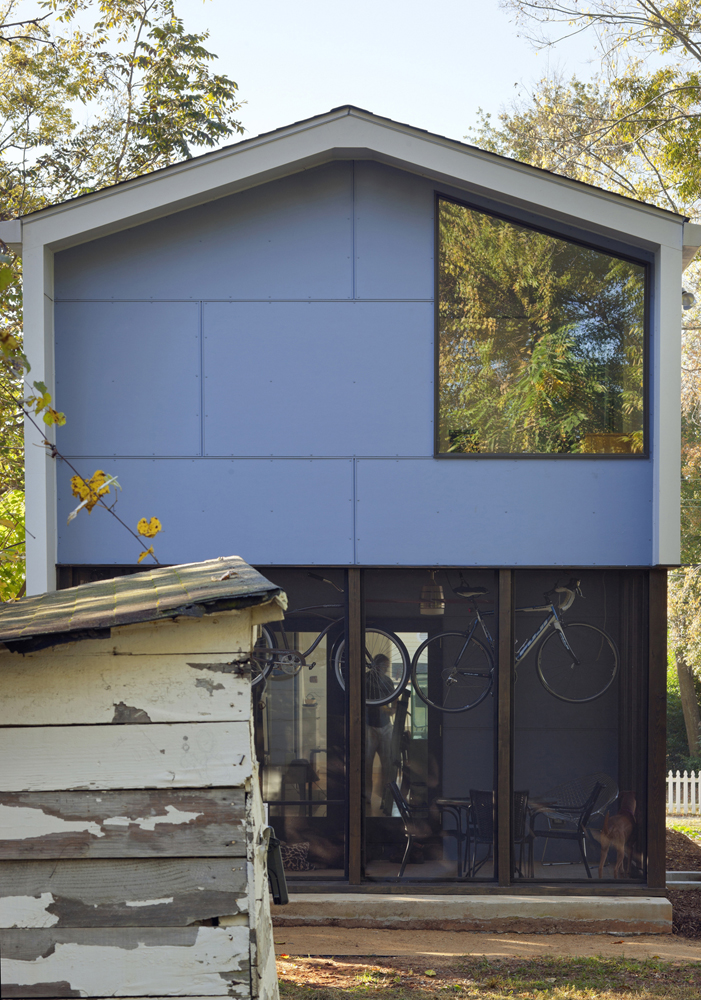 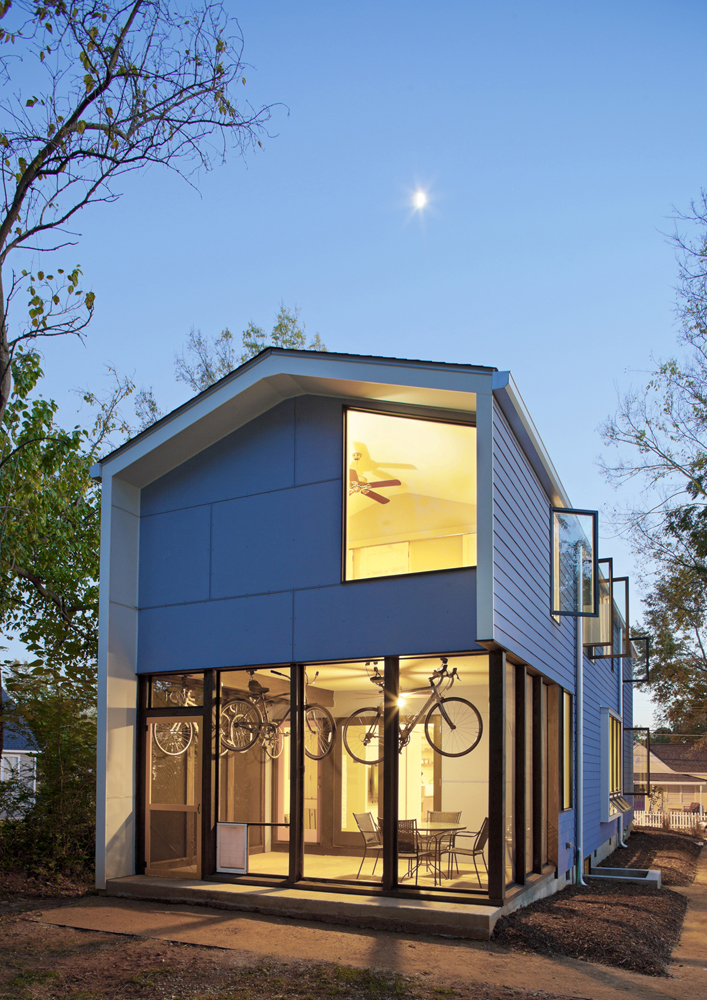 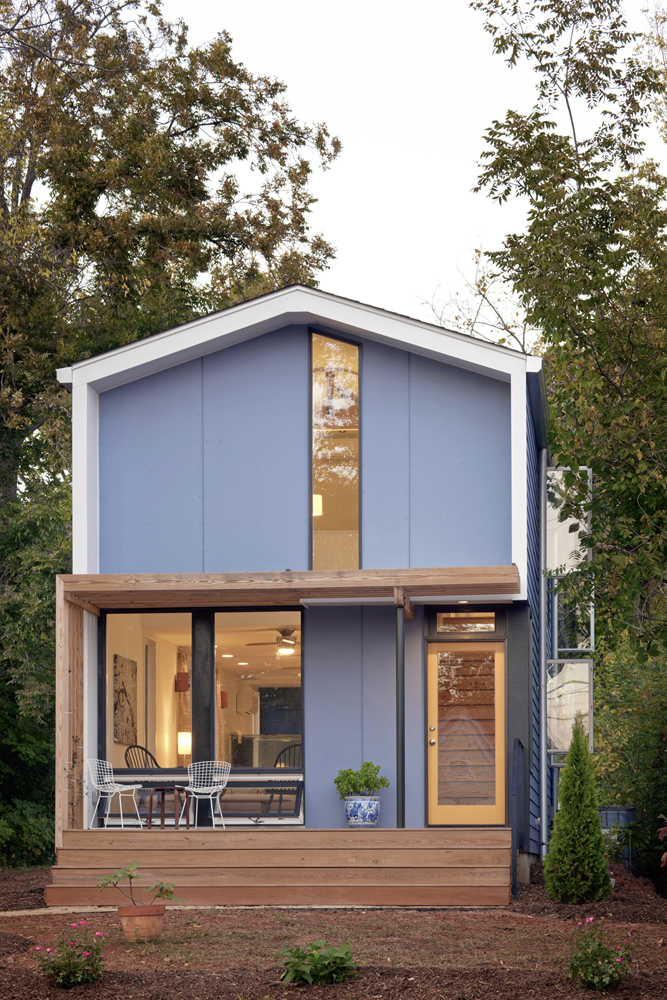 Here we have a post from June 2014, profiling one of the nation's finest architects practicing in the neoclassical style: Richard...