It draws some of its inspiration from the language of the avant-garde Czech Cubists of 1912 – 1914.

At the same time, it overlooks the centuries-old castles, bridges and rivers of downtown Prague.

And it works within the context of a master plan developed for a long-neglected area outside the historic city center.

“It’s what we normally do – architectural expression and articulation,” says Guillermo Murcia, project architect.  “We had to look at others we’ve done next to this – we didn’t want to do something completely different, or something just like them.  We wanted a dialog in context.”

The project is Meier’s third within the firm’s master plan for Prague — Pankrác, and is the first office project in the Czech Republic built on spec to receive LEED Platinum certification.

Meier’s office designed and built a tower and annex on site a decade ago, then began work on designs for this office building.  It was to be a donut – square, with an open interior courtyard.  Then the economic downturn of 2008-9 intervened, and construction was delayed.

Enter international construction giant Skanska, in search of a flagship structure for its Czech operations and an environmental statement for the company.  “They wanted to maintain the footprint, but cover the courtyard with a roof – by enclosing the roof, they wanted to save money over time,” he says. “But they were very ambitious about energy efficiency.”

Distinctive vertical solid panels with fins, angled according to the sun orientation and integrated into the design of the curtain wall, emerge from both the south and west facades to minimize solar heat gain and to provide balanced shading and comfort towards the interiors.

A step into the reception area reveals a low, bright, one-story space that then opens to an eight-story atrium, with offices on the perimeter, connected by bridges on its first three levels.  A 25-foot olive tree reaches up from the marble-, oak- and cobblestone-paved ground level.  It’s intended to recall Prague’s city center and inspire the environmentally-minded simultaneously.

“We wanted to look at the buildings that came before – the tower and annex – but be more expressive and more energy efficient,” he says.  “You have to walk around it for elements of surprise – it’s very inspiring, very ephemeral, sometimes solid, sometimes cubist, but always expressive, simple and pure.”

One would expect nothing less from those in the office of Richard Meier.

For more information, go to http://www.richardmeier.com/www/#/projects/architecture/name/0/580/0/ 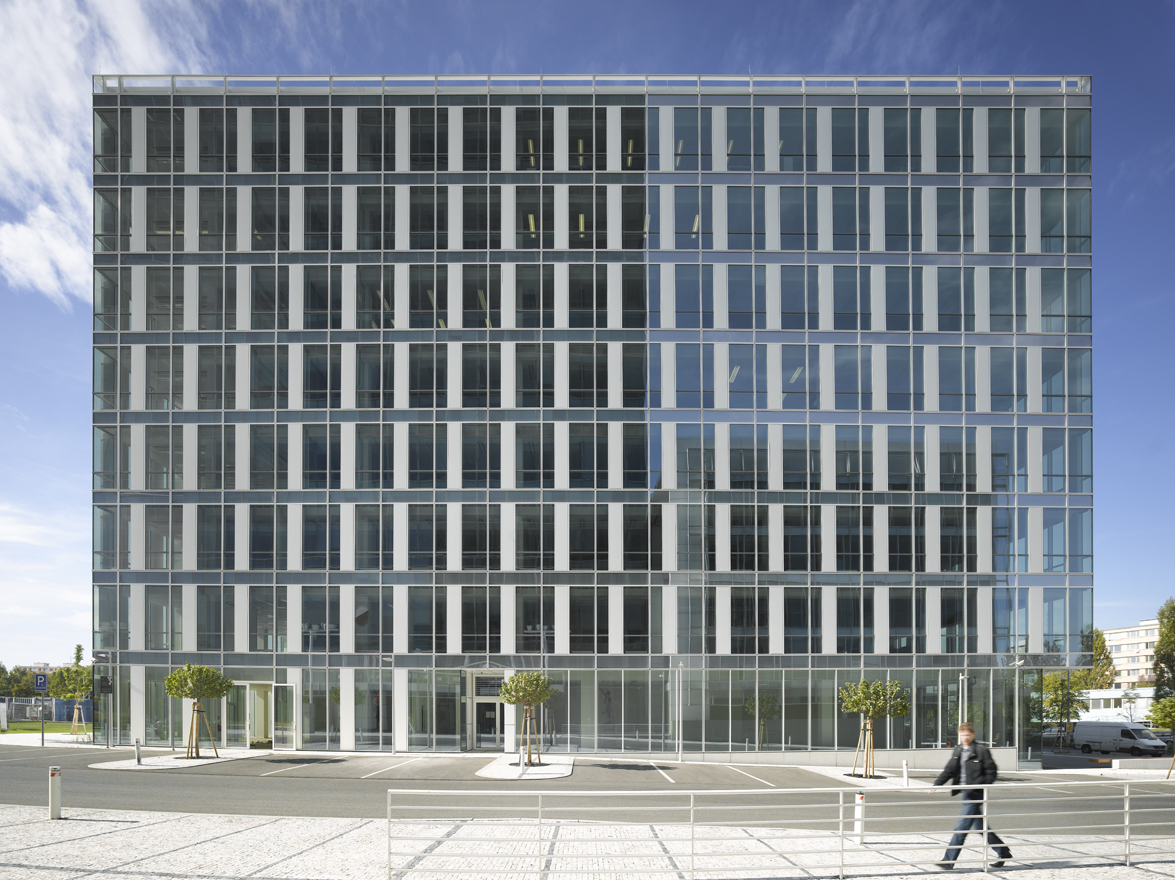 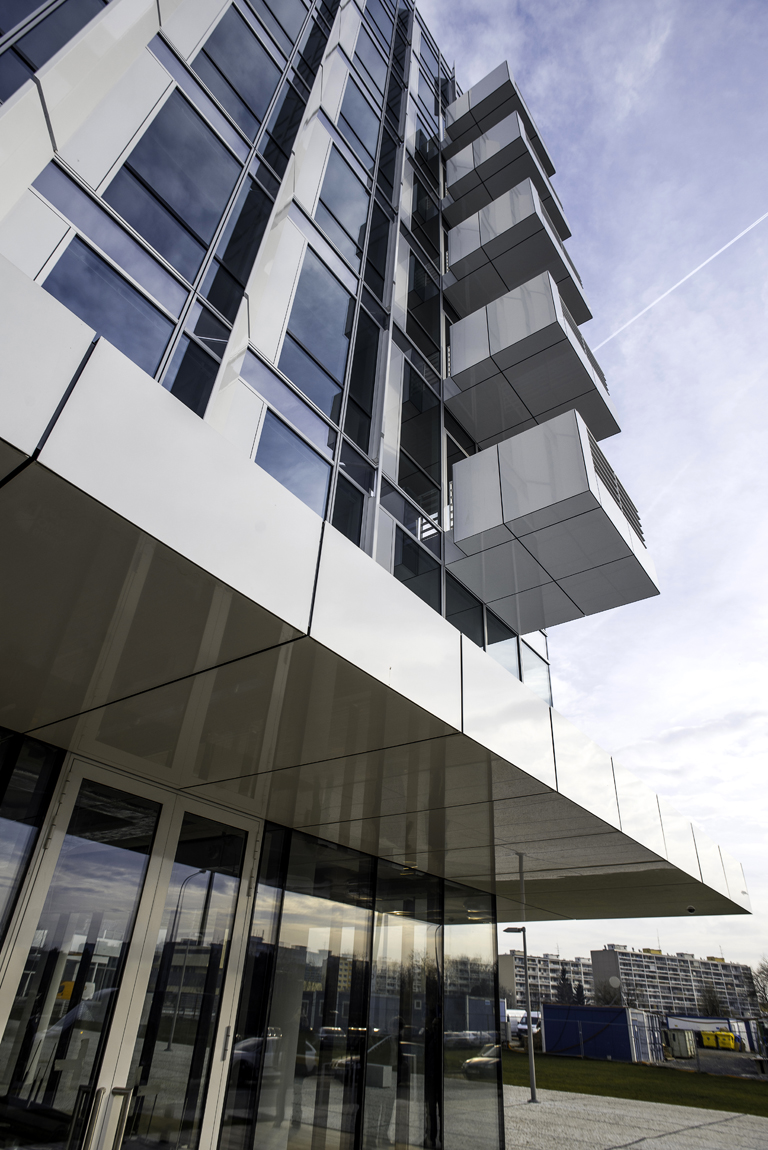 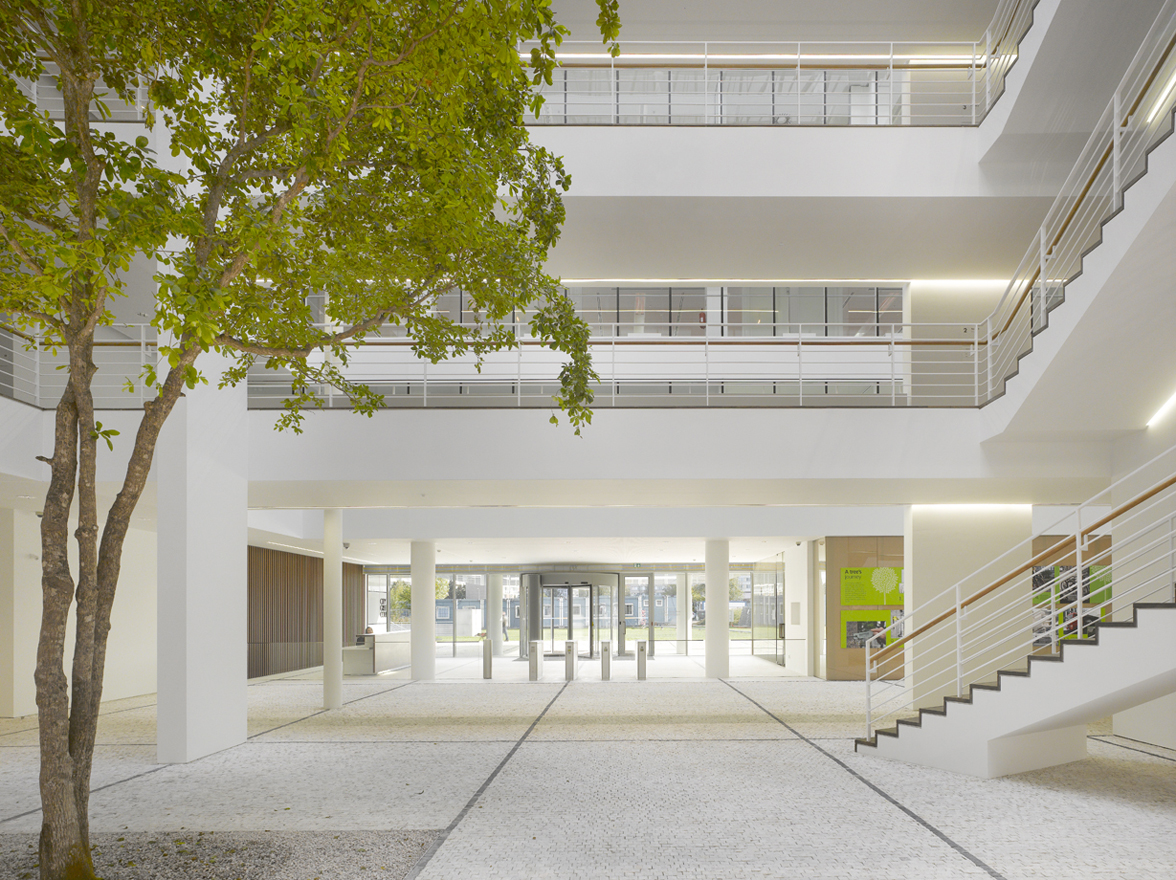 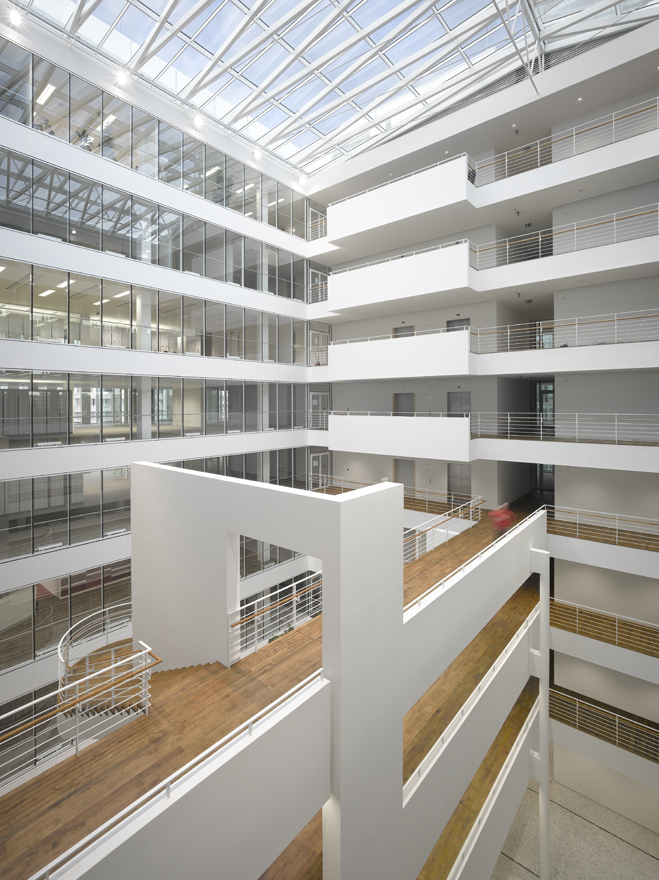 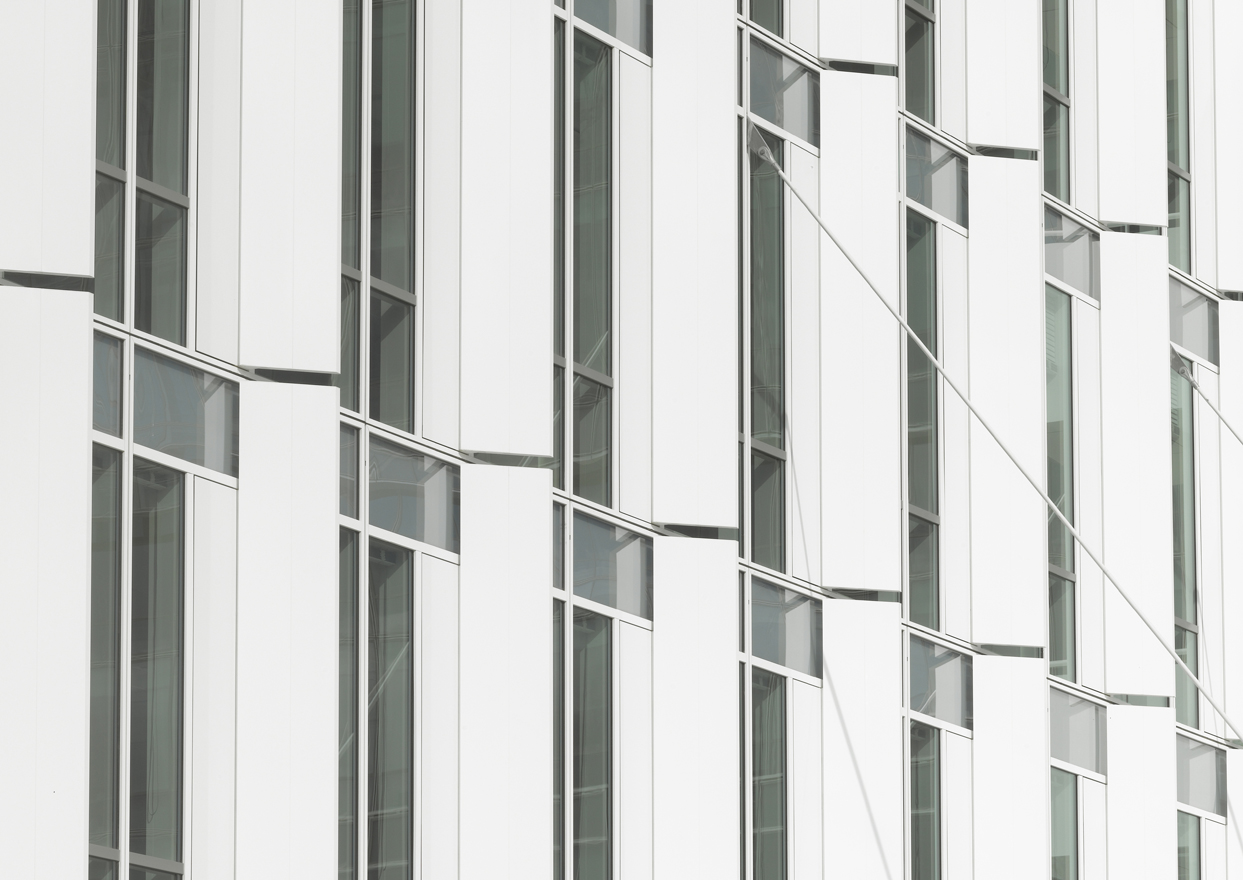 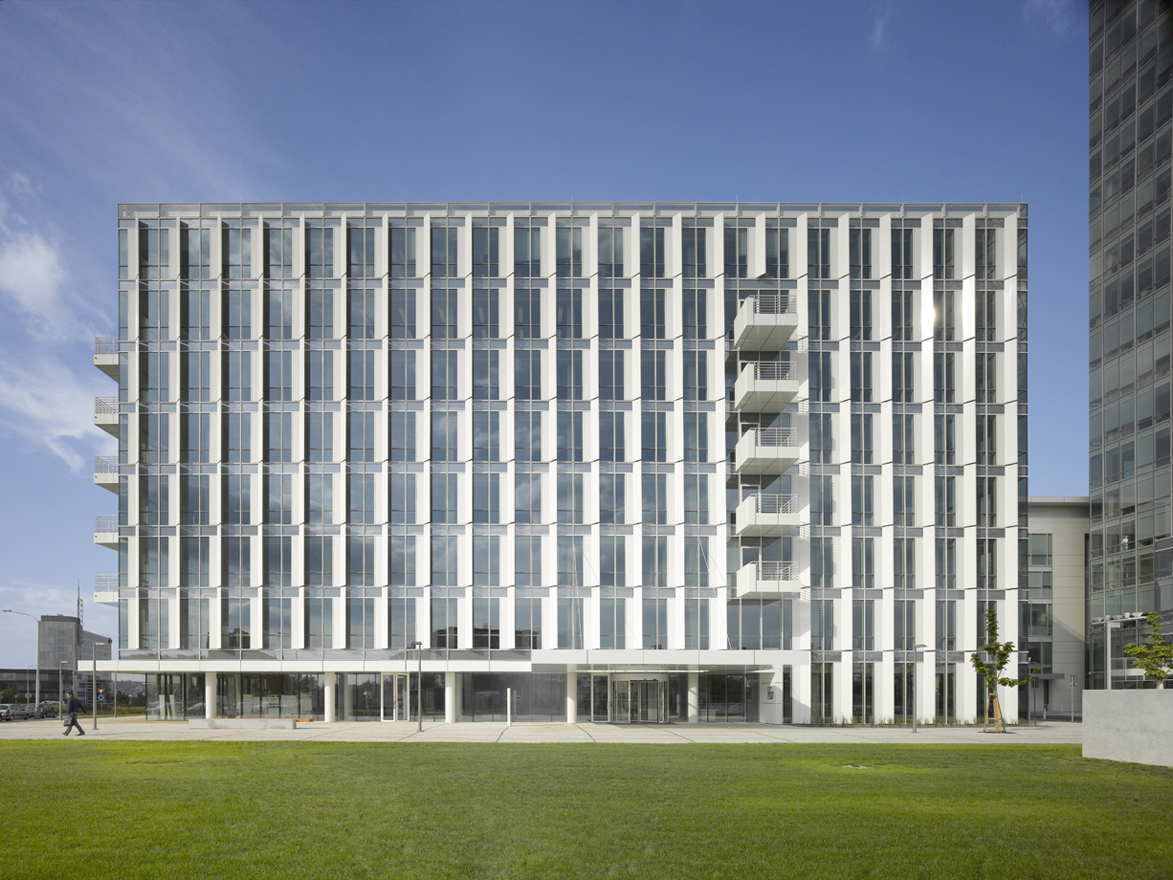 At a cool $29.5 million, it’s not for the faint of heart. But then again, Moraga Vineyards Estate in Bel Air, right...