The inspiration for BIG/Bjarke Ingels Group’s design for the new Kimball Art Center in Park City, Utah arose from urban context, historic precedent and a tradition of stacked timber construction.

“It was a balancing act between making it contextual and iconic,” says project leader Leon Rost.  “We wanted to create a landmark building, one with historical ties and local references, for a small town.”

With a population of about 7,000, 70 percent of Park City’s residents aren’t permanent residents, but have second homes there.  Annual influxes of skiers, Sundance Film Festival attendees and fans of the Kimball Arts Festival pump the numbers up during winter and summer months.

The building is to be placed at the intersection of Heber Ave. and Main St., which is a now a gateway to the city.  On that site years ago, stables were built to serve a taxi service between Park City and Salt Lake City.  Eventually, the stables were converted to a garage for the motor trade.

Then in 1976, philanthropist and Palo Alto resident Bill Kimball transformed the garage into an arts center.  Now, BIG will renovate the original 10,000 square-foot space and add 20,000 more.  The design is inspired by the Silver King Coalition Building which once stood two blocks down the street, but burned down in 1982.

It was 80 feet tall, the terminus for gondolas hauling silver down from the mountainside, where skiers now ride the lift up.  It once was a symbol for the city, pictured on every postcard that left town.

The architects for the new art center will match its height – and its materials.

They’ll be using century-old Douglas fir timbers that once formed a train trestle over Salt Lake, but have been resting for decades in salt-laden mud at the bottom of the lake.  The 18-inch-square piers, some 80 feet long, are being harvested for their durability and their shine.

“You see a lot of historical examples of stacked timber structures, but never turned askew,” Rost says.  “This one starts out straight, then gently turns 32 degrees – the angle at which Main St. intersects Heber Ave.”

The turn begins 18 feet up, which is the height of the existing Kimball Art Center.  It creates a canopy over a sculpture garden and restaurant planned for the the roof of the center.

“We wanted to create a building that greets people as they come in the city,” he says.  “By creating the turning motion, we’re expressing the extrovertedness of the community, and welcoming people into town.”

For more on the project, go to http://www.kimballartcenter.org/ 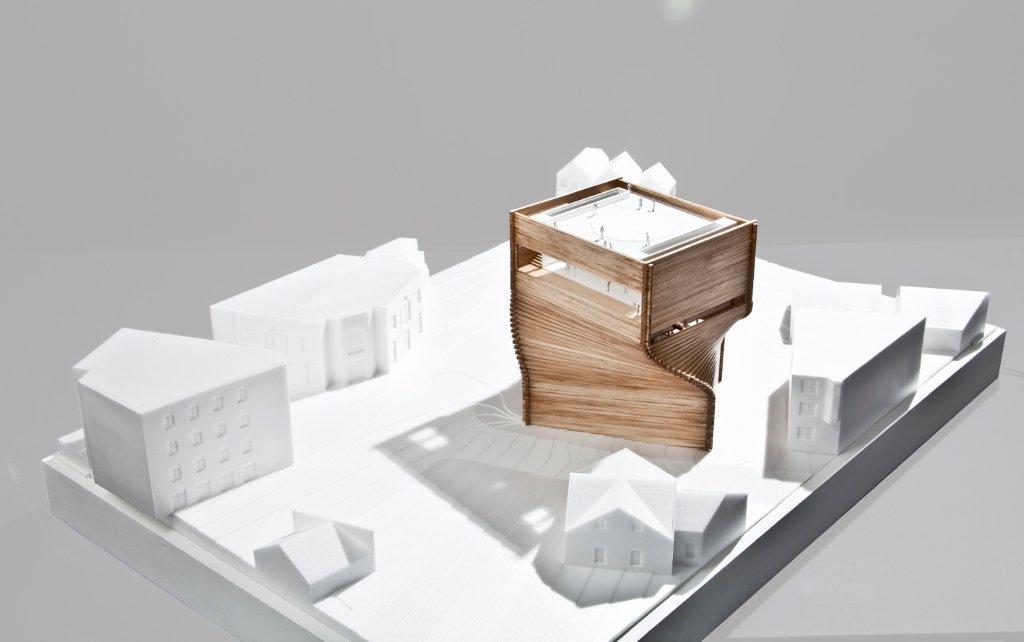 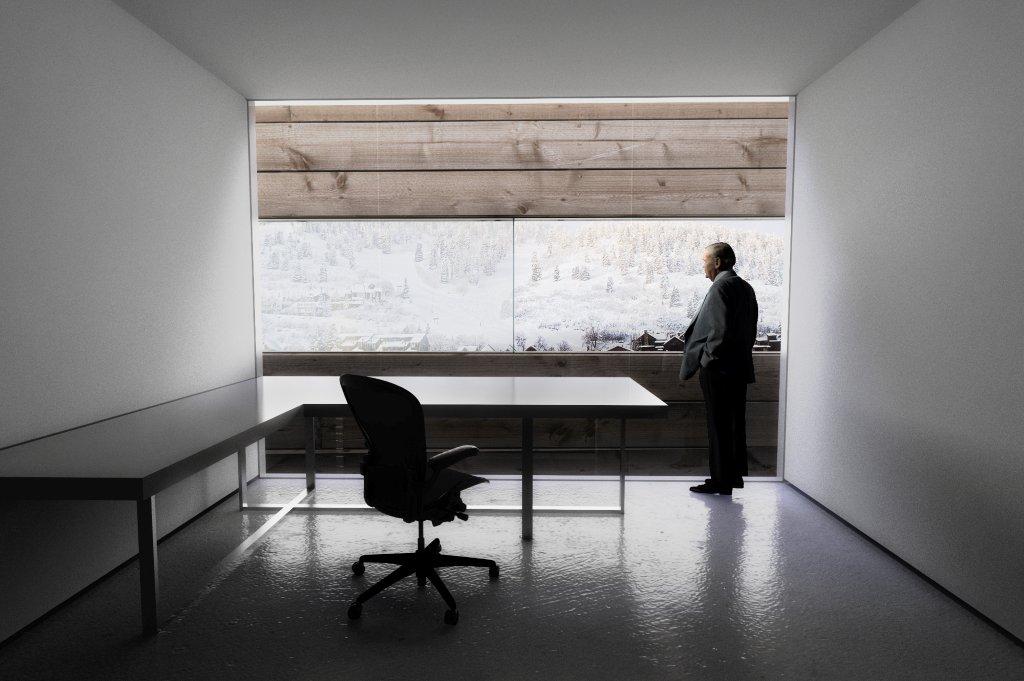 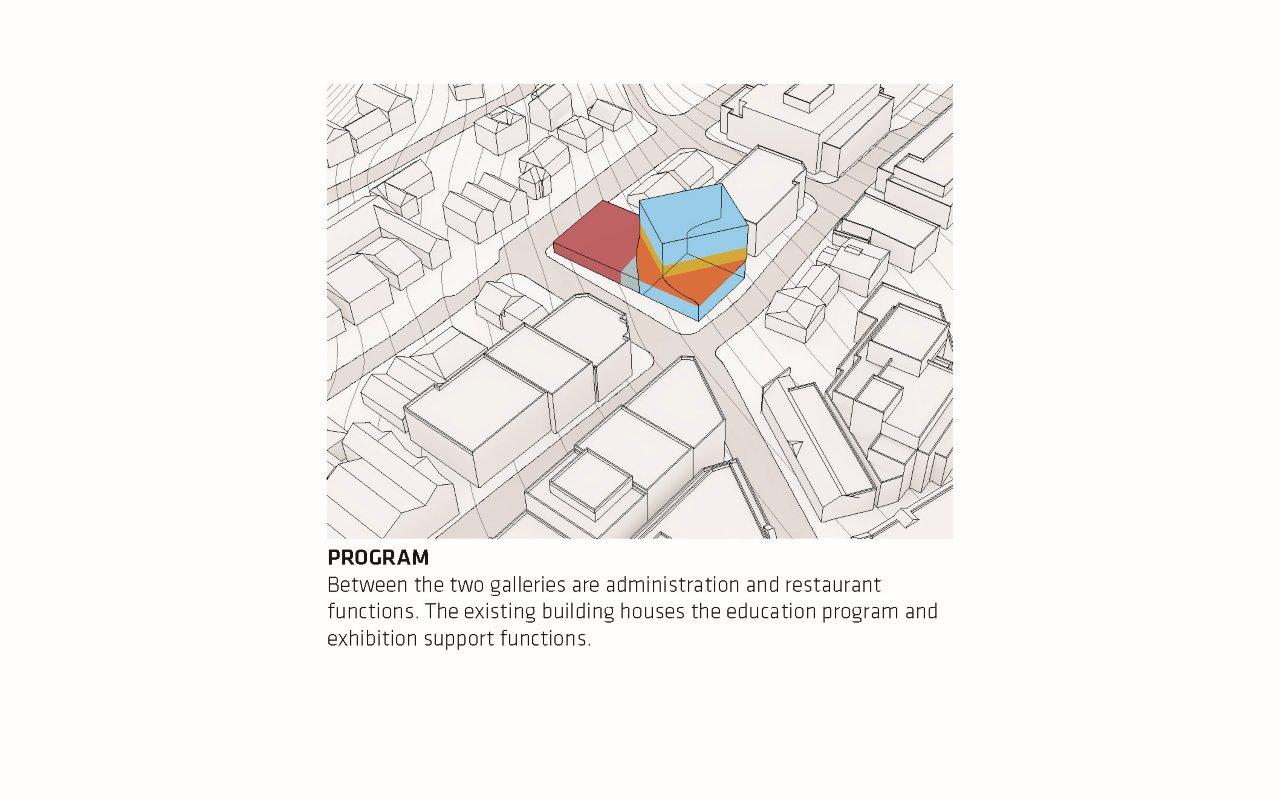 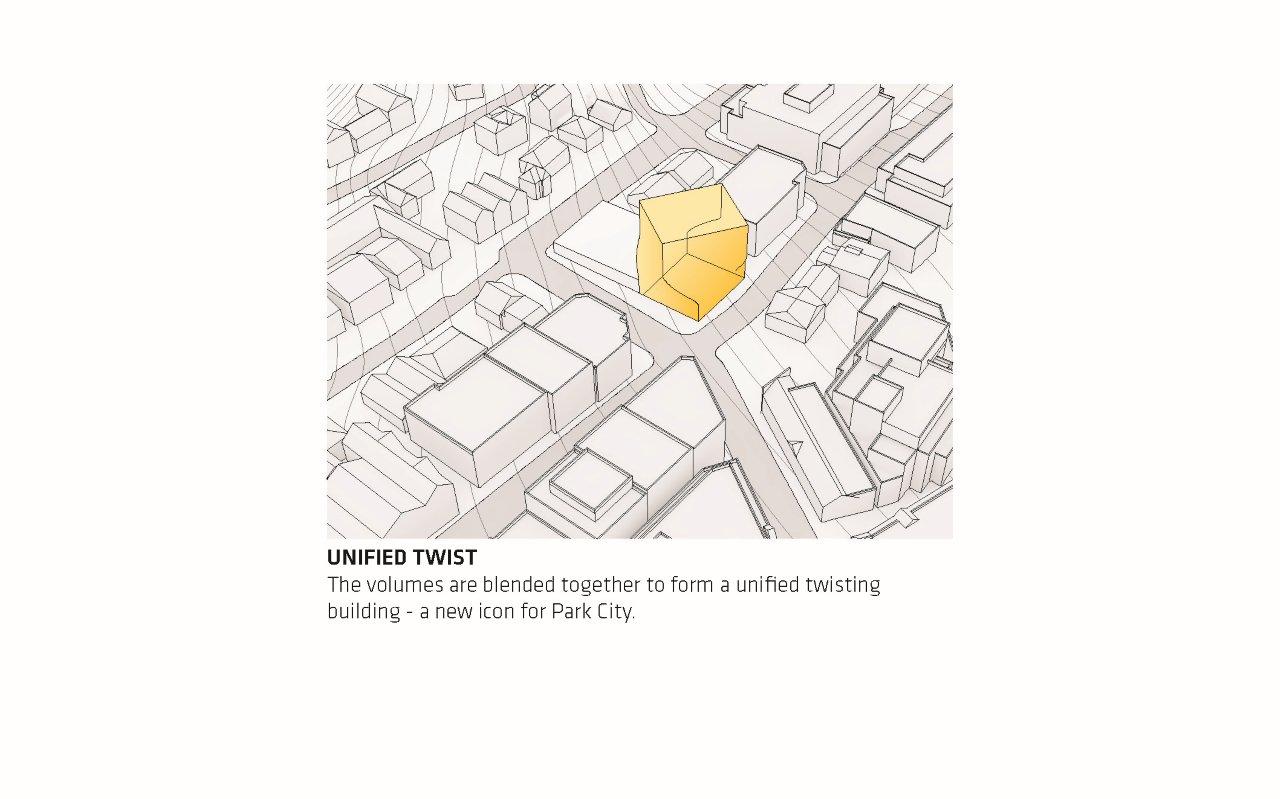 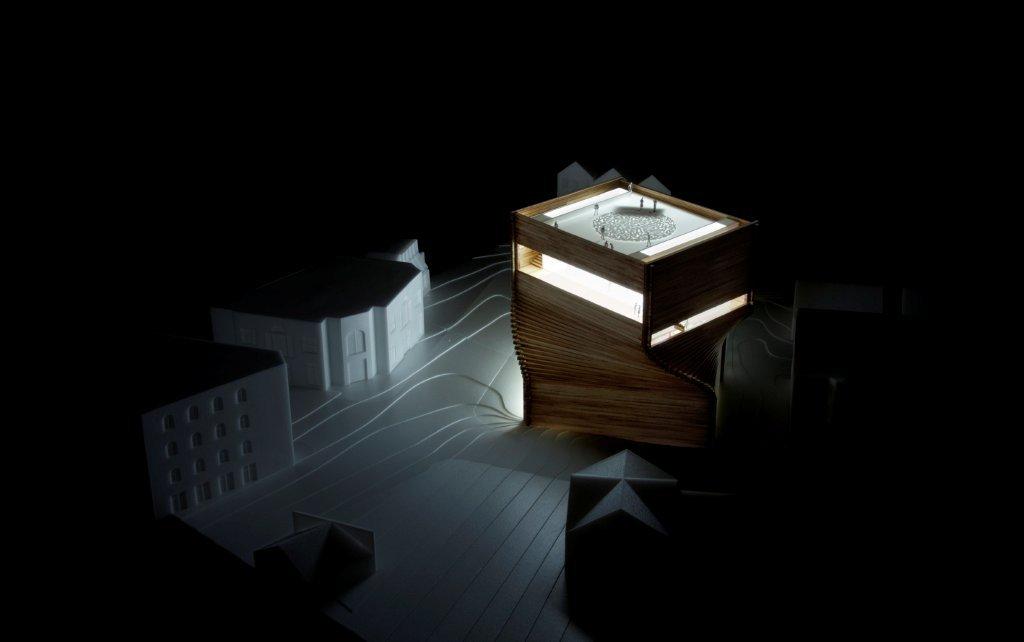 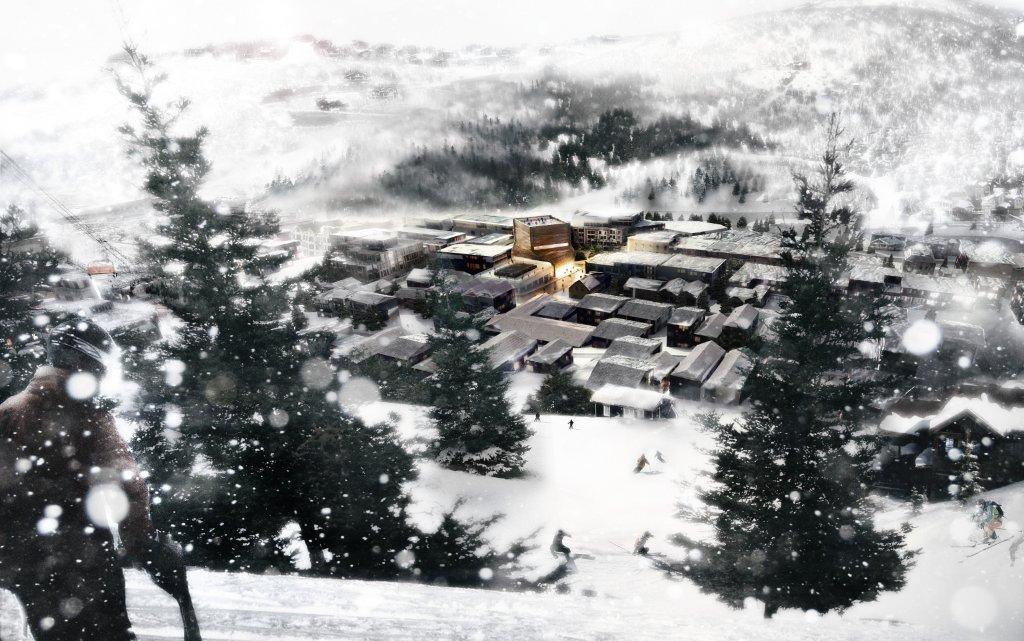 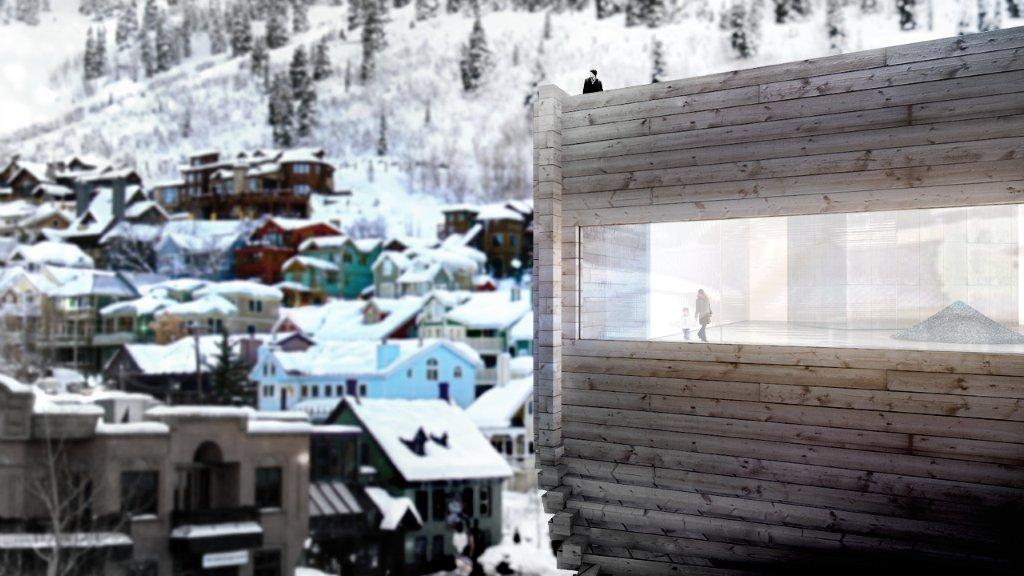 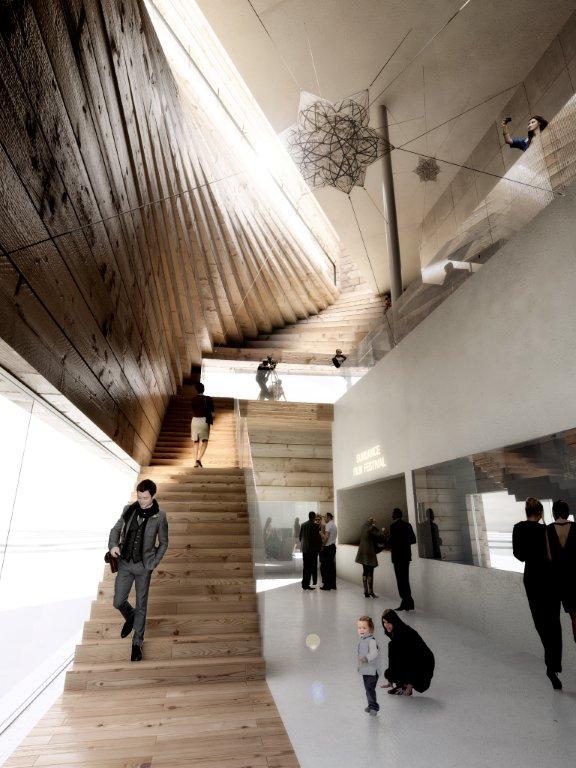 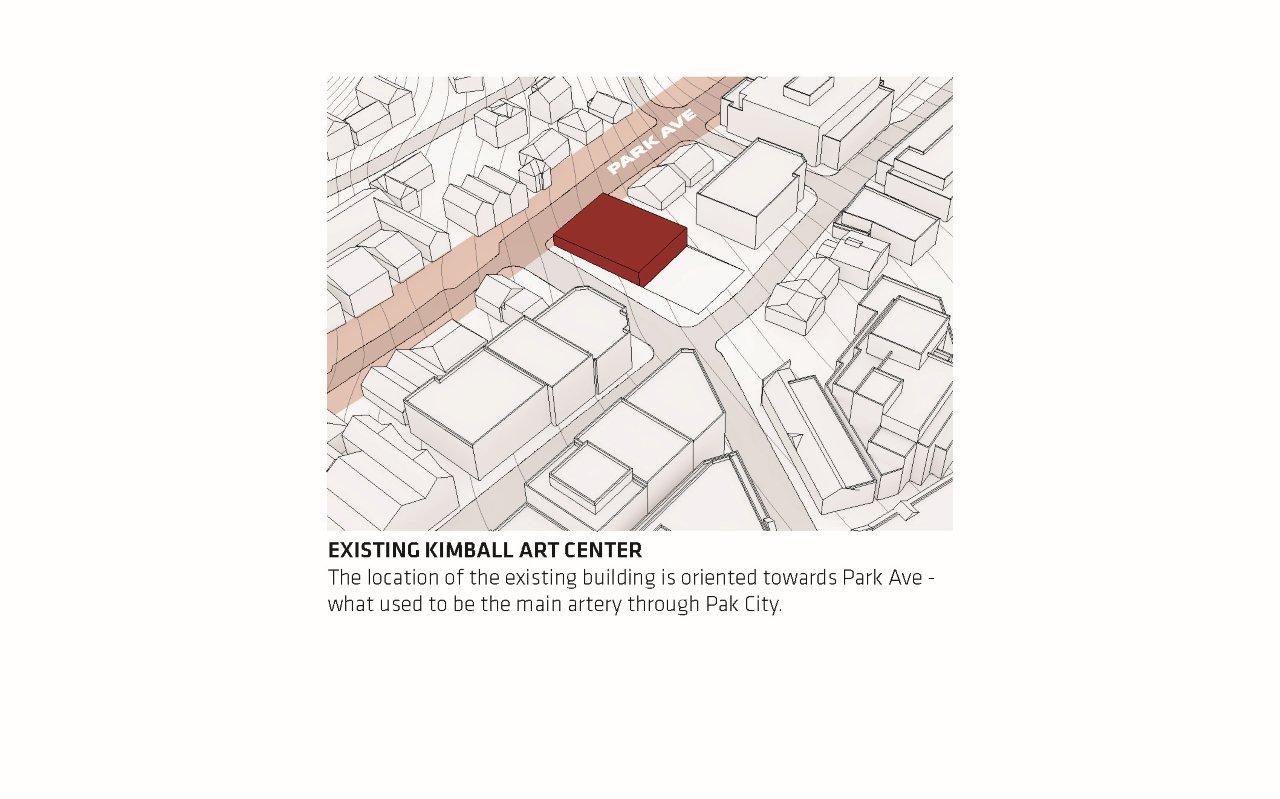 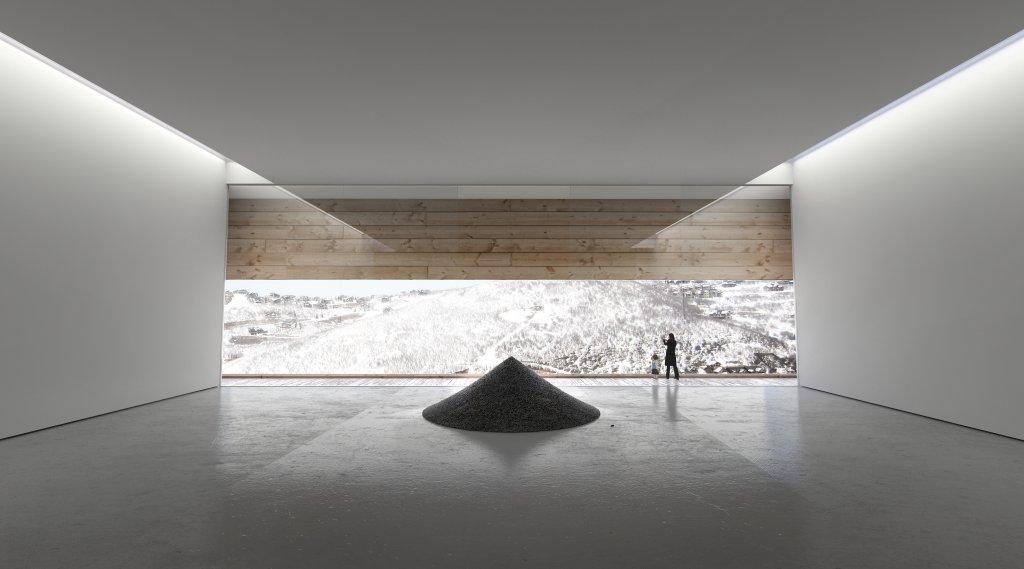 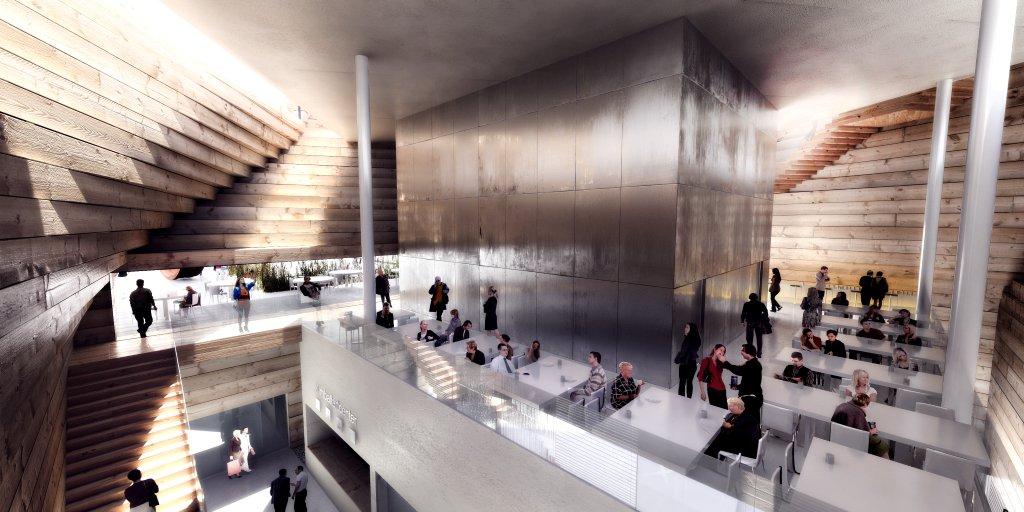 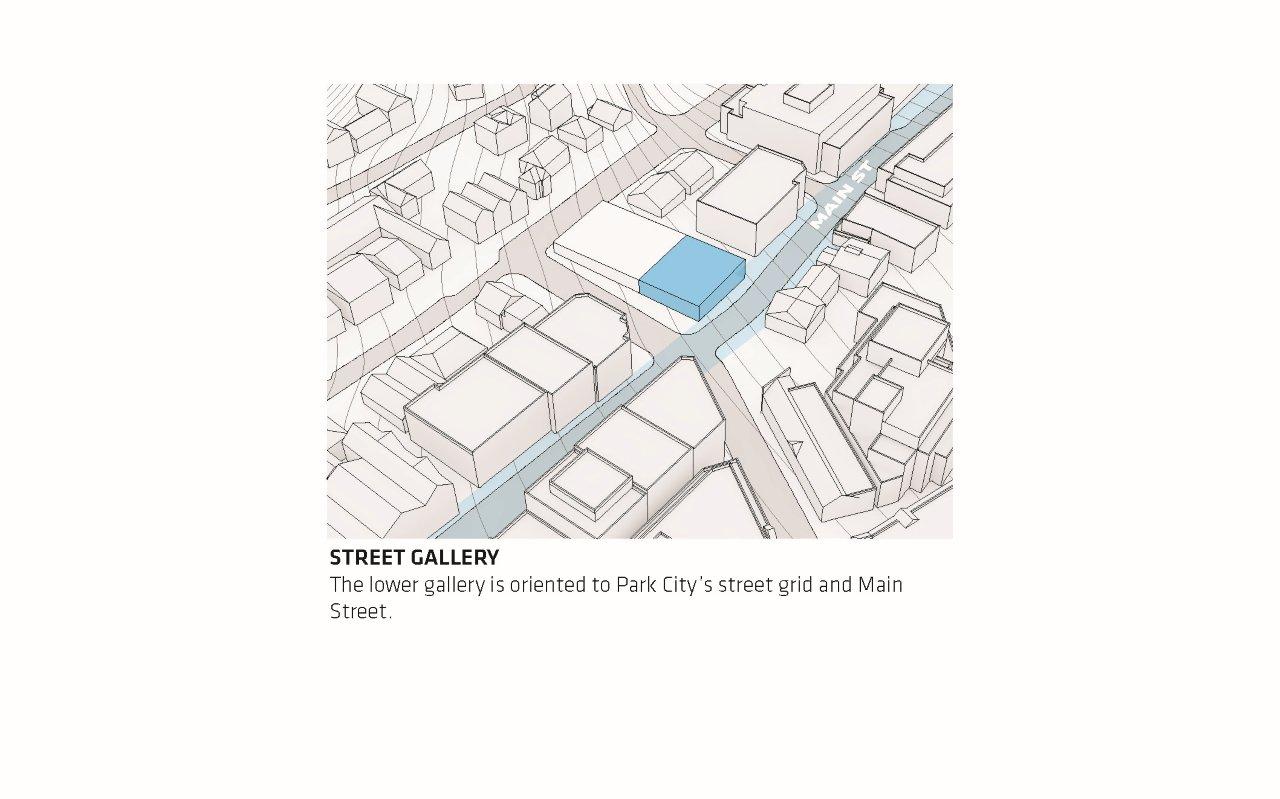 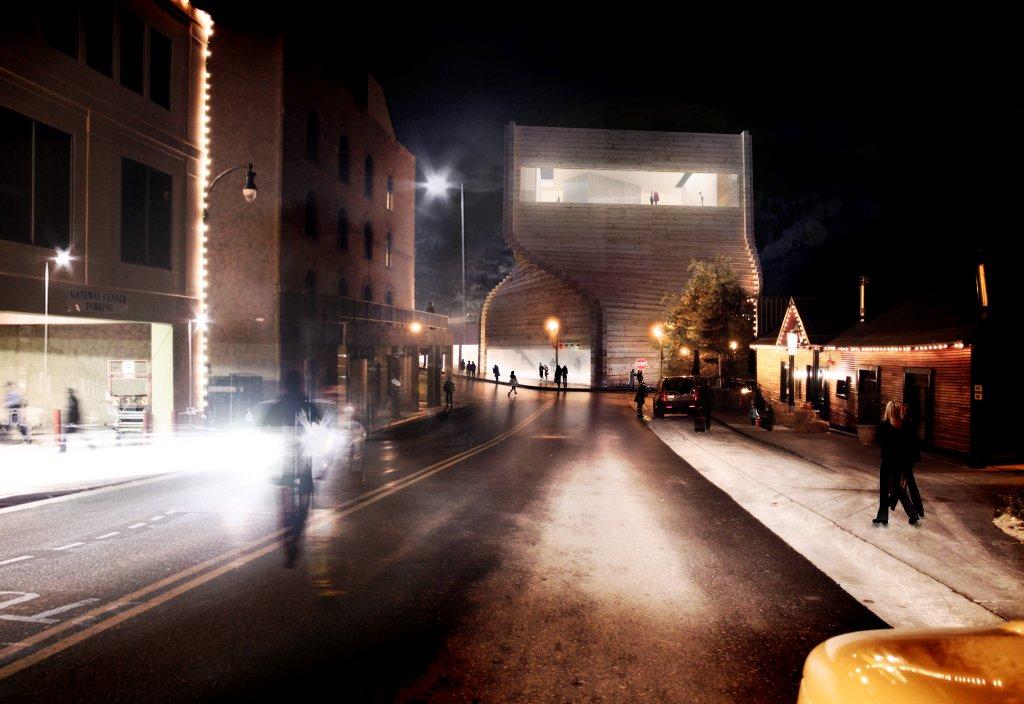 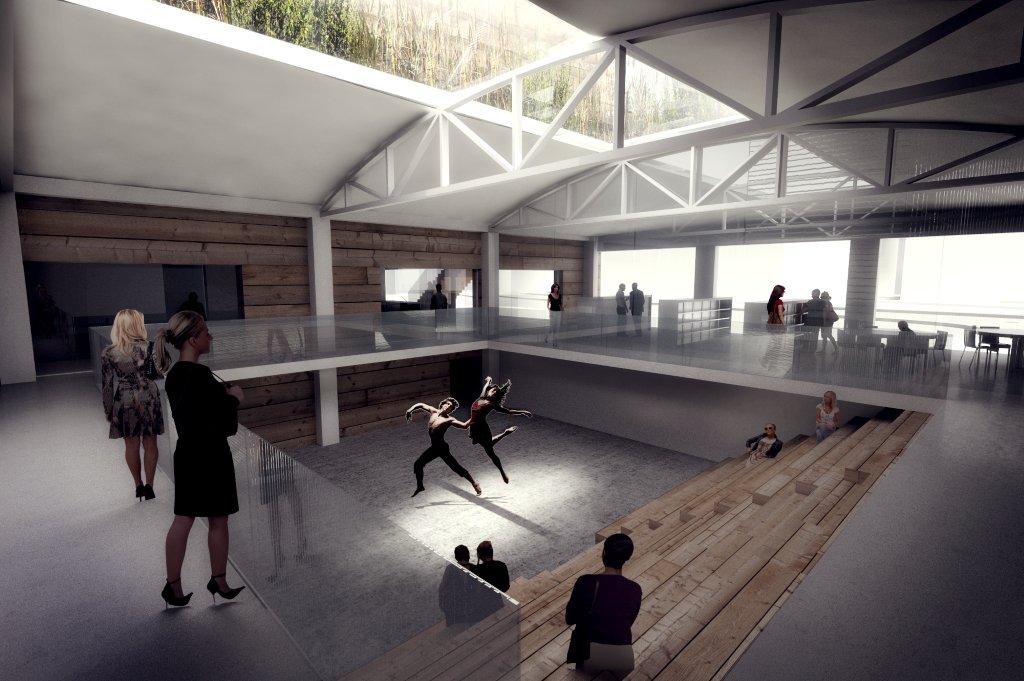 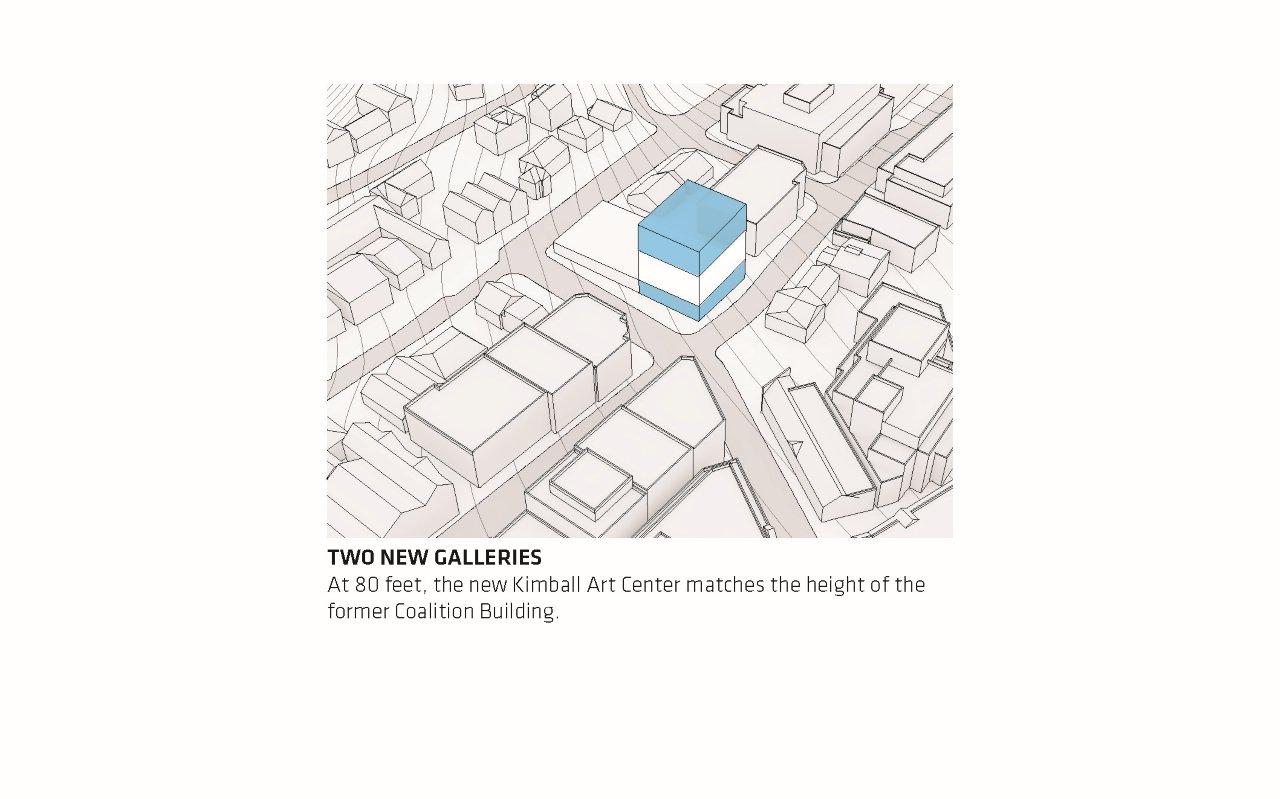 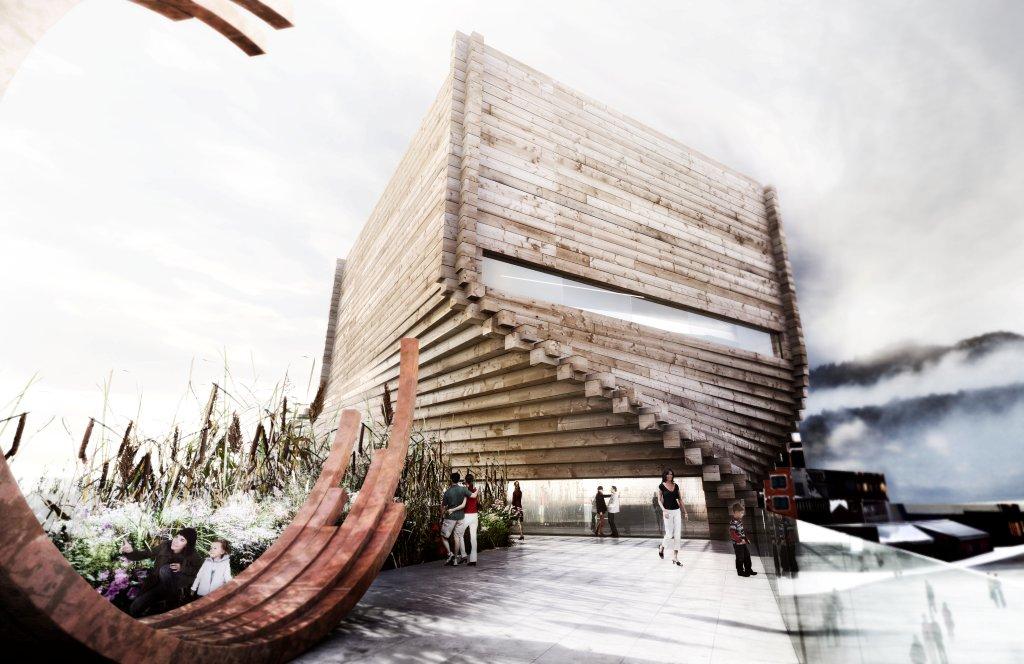 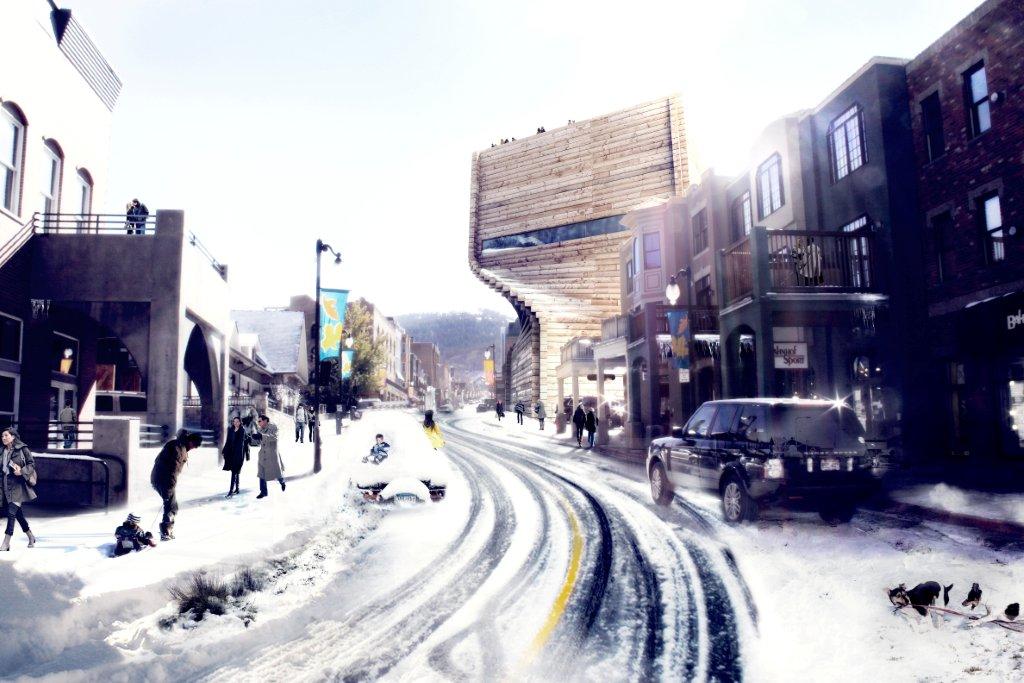 Sigal Sasson and the Art of the Rug

Sigal Sasson and the Art of the Rug

There’s a story, says artist Sigal Sasson, behind everything she does. She works in oil, pen & ink, graphite and watercolor,...