National Geographic photographer Stephen Alvarez’s subterranean excursion in Paris got its start in a most unlikely place.

He’d been living on assignment in the jungles of Madagascar for a few months, and one evening found himself sitting around a pot of rice with a writer and five other people.

They were all eating from the same pot.

“We started thinking: ‘What’s the antithesis of this?’” he said.  “And a trip to Paris came directly out of our misery there.”

Later, they decided to turn the city on its head – with a below-grade tour.

A 1987 graduate of The University of the South with a degree in Comparative Religion, he’d already explored underground Rome.  So once he escaped the Indian Ocean, he began his research with a book called “The Subterranean Atlas of Paris,” among others.  He began to get his bearings, and hired a fixer – a well-connected English woman living in France – to cut through the red tape.  They started with a long list of sites he wanted to shoot below the streets, then culled it for the most photogenic.

The photography was broken up into two sessions: one lasted two months in June, and the other, ten days in September.

His favorites?  First, the French gold reserves – hundreds of billions of Euros in gold bullion, stored 60 to 70 feet beneath the Banque de France at rue Croix des petits champs.

Then there was the huge lake beneath the Paris Opera House, designed and built by architect Charles Garnier from 1857 to 1874.   Because the architect couldn’t pump the underground lake out, he suppressed it under the stage of the opera house to keep it from rising.  A double wall separates lake from structure.

“It’s a green lake with a low ceiling,” he said.  “I got to swim in it.  Someone gave me a mask and said: ‘No one ever gets to do what you’re going to do – take three deep breaths and dive’.  I did, and then I saw the lake spreading out under all of the opera house.”

Finally, there was the 12th century quarry, right under the busiest streets of Paris, where the stone for the Cathedral of Notre Dame was dug and cut.  “It still looked like it did when it was abandoned 800 years ago,” he said.  “I was holding up pieces of stone from the most important cathedral in Paris.”

His work is the cover story for the February issue of National Geographic.  You can find it at http://ngm.nationalgeographic.com/2011/02/paris-underground/alvarez-photography

For more on Stephen Alvarez, go to http://www.alvarezphotography.com/ 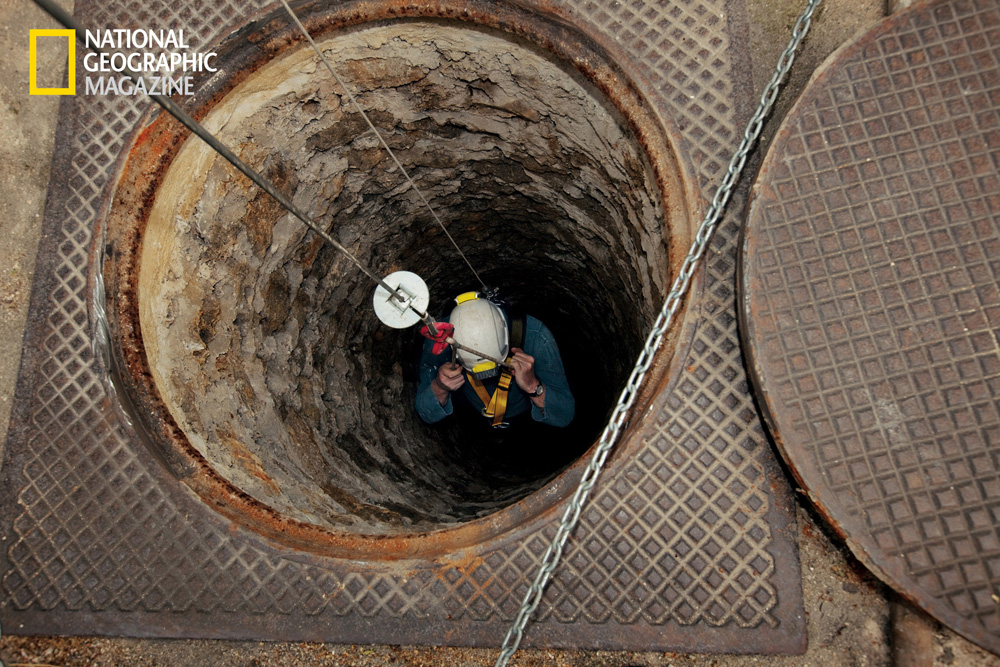 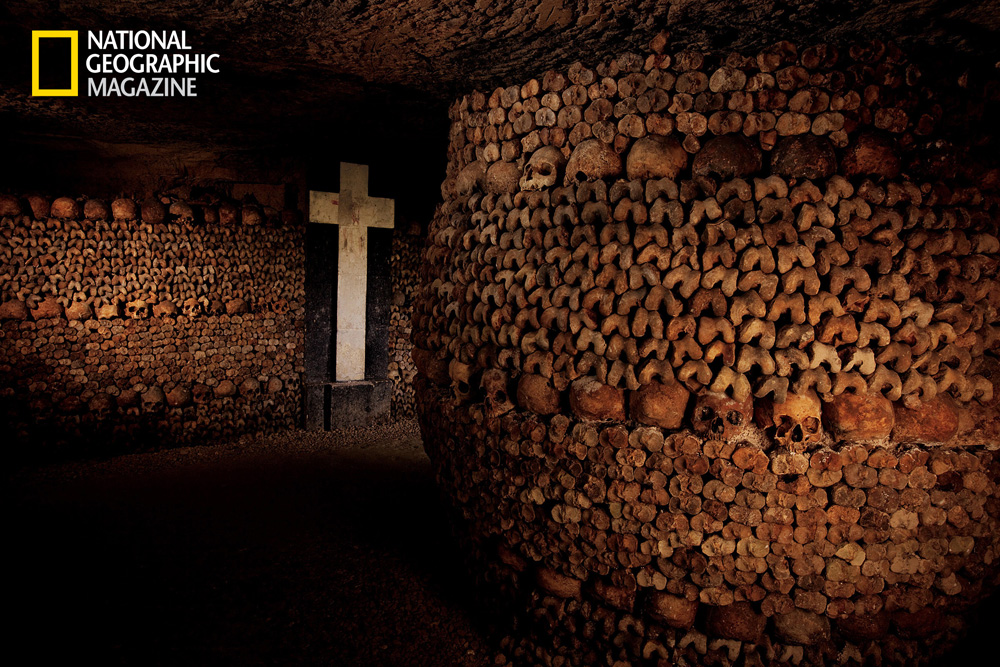 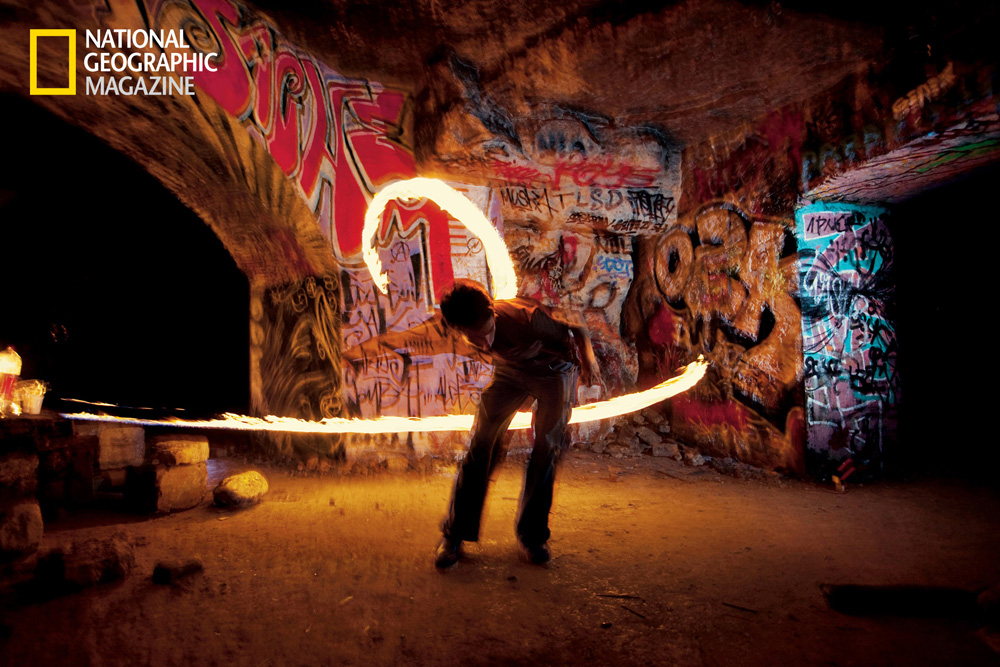 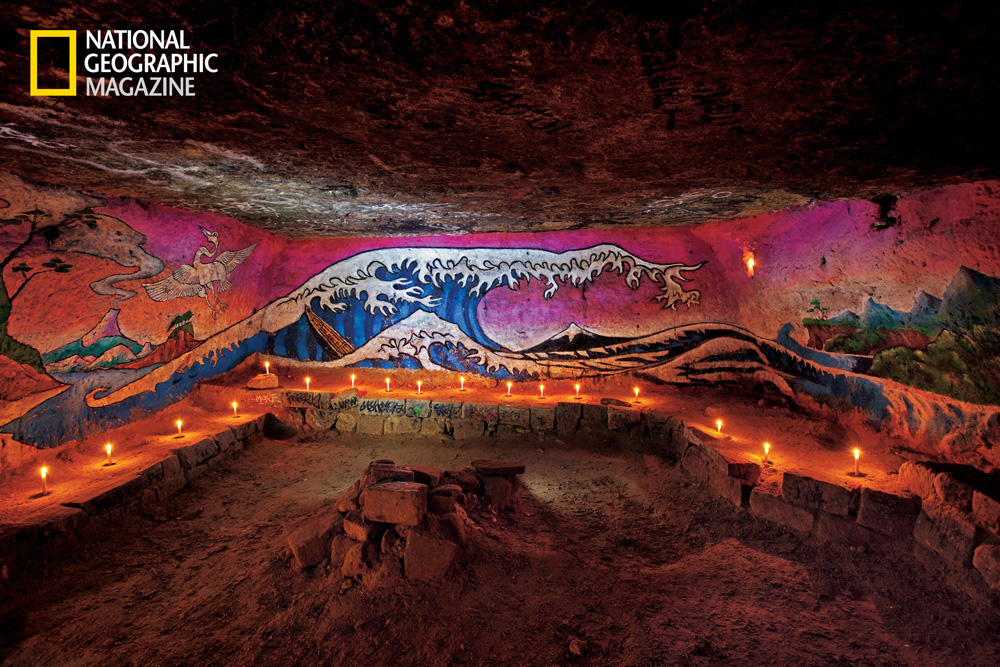 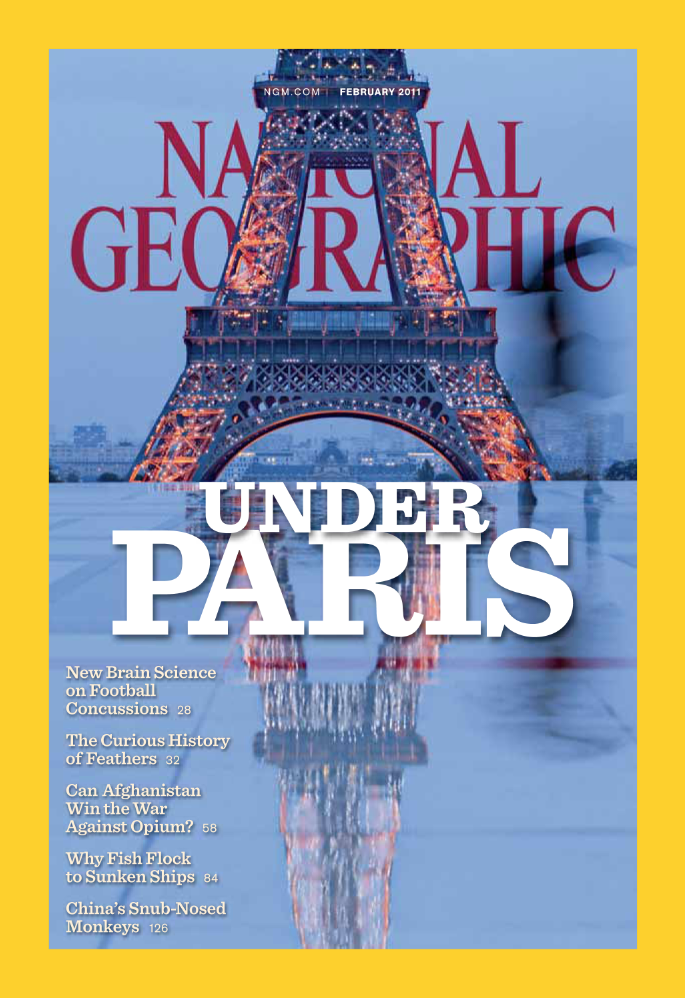 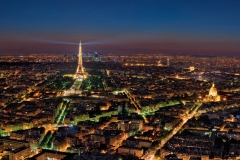 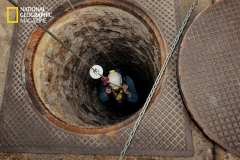 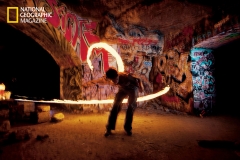 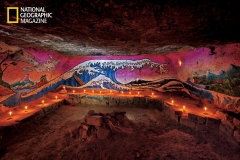 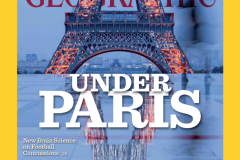 Such a beautiful story! Thank you for sharing about Alverez.

Mme. Christian Germain believes that there are two kinds of hotel guests:  those who view the experience as a commodity,...