Editor’s note: PIASA was created in Paris in 1996, and stages about 60 sales each year, covering a wide range of modern and contemporary art, furniture, jewelry, photography, and wines and spirits. Its team of 30 includes representatives in Brussels, Nantes, Marseille, Lyon and Angers. A+A recently interviewed Frederic Chambre, head of the auction house, regarding an upcoming sale of Arts and Crafts items, including a number of late 19th- and early 20th-century avant garde pieces:

Why is this auction significant and what is the total number of pieces?

We are particularly excited in proposing this unique private collection in auction. Most of the pieces are fresh to the market, and come from the best private collections. There will be about 30 lots proposed, and as a testimonial of the worldwide Arts and Crafts movement, this collection is exceptional.

Some Background on Arts and Crafts movement?

The Arts and Crafts Movement was an international design movement that flourished between 1880 and 1910, especially in the second half of that period, continuing its influence until the 1930s.

The movement developed first and most fully in the British Empire and to the rest of Europe and North America. It was largely a reaction against the perceived impoverished state of the decorative arts at the time and the conditions in which they were produced. It stood for traditional craftsmanship, using simple forms and often applied medieval, romantic or folk styles of decoration. It advocated economic and social reform and has been said to be essentially anti-industrial.

One of the most remarkable production of the Arts & Crafts style is a sideboard in polished oak, Gabonese ebony and wrought iron, designed by Bruce Talbert (1838-81) and made by Gillows of Lancaster in 1878 for George Dixon of Birmingham (est. €40,000-60,000). Only two other examples are known: one in the Victoria & Albert Museum; the other in the Birkenhead Collection, London.

What about the Vienna Secession? And Art Nouveau?

I have a special feeling for the secession, which aimed to create a new style, starting in 1897. This movement included painters, sculptors, and architects and was a global new way of creating.  This movement developed its own unique “Secession style,” centered on symmetry and repetition rather than natural forms. The dominant form was the square and the recurring motifs were the grid and checkerboard. The influence came not so much from French and Belgian Art Nouveau, but from the Arts and Crafts movement.  The Hall furniture from Marcel Kammerer is a great treasure of this period.

The auction’s Art Nouveau masterpieces from France and Belgium are not representative of the floral style and plant-inspired motifs but more of the modern style. The pewter plaques of the Desserte aux Musiciens, shown at the 1900 Paris Exposition Universelle, bear witness to the tremendous manual and compositional skill of the great sculptor and cabinet-maker Alexandre Charpentier.

What about the American pieces?

Herter Brothers, the New York firm of the German-born brothers Gustave and Christian Herter, was arguably the leading cabinetmaking and decorating firm in the United States during the late nineteenth century. Formed at a time when wealthy American financiers and industrialists were redefining luxurious standards of living, Herter Brothers created cosmopolitan environments. Many star lots hail from the former Margot Johnson Collection, like a gilded presentation cabinet in Brazilian rosewood, walnut and fruitwood (est. €60,000-80,000) and a highly original Japanese-style marquetry desk (est. €40,000-45,000). Both items date from around 1880.

How can someone participate? And when?

Wednesday, Oct. 8, at 6 pm. To bid in person, on the phone or place an absentee bid at auction you’ll need to register by filling out and submitting a registration form available on PIASAs web site: http://www.piasa.auction.fr/UK/ 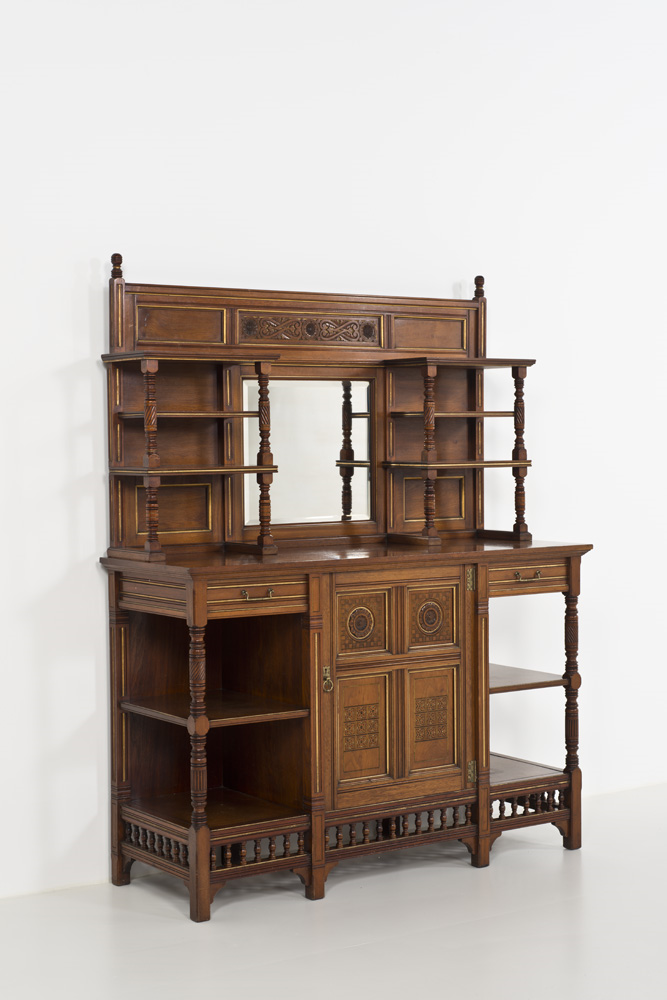 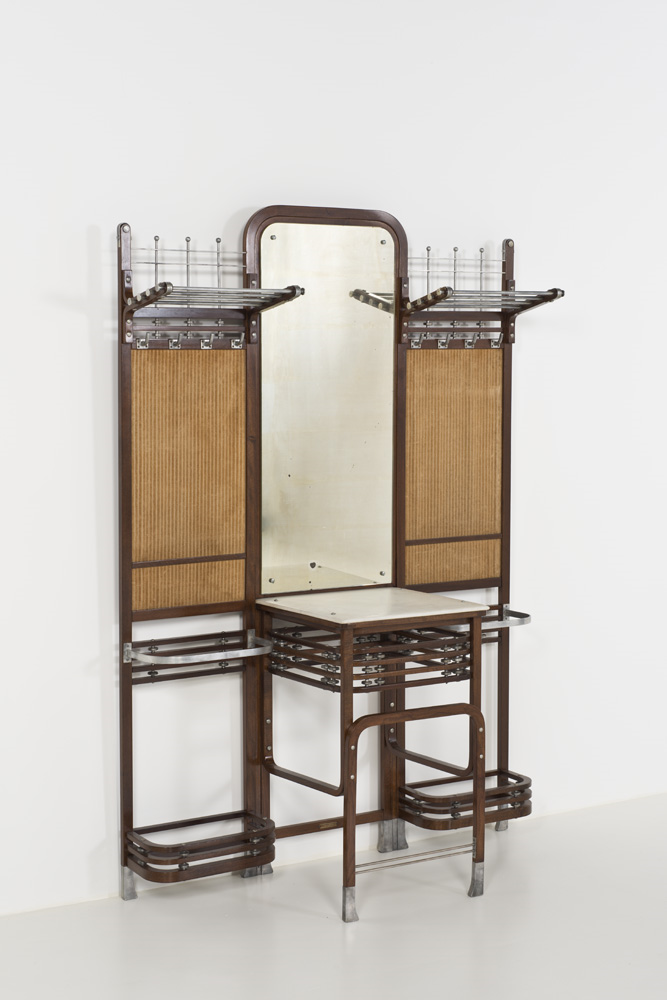 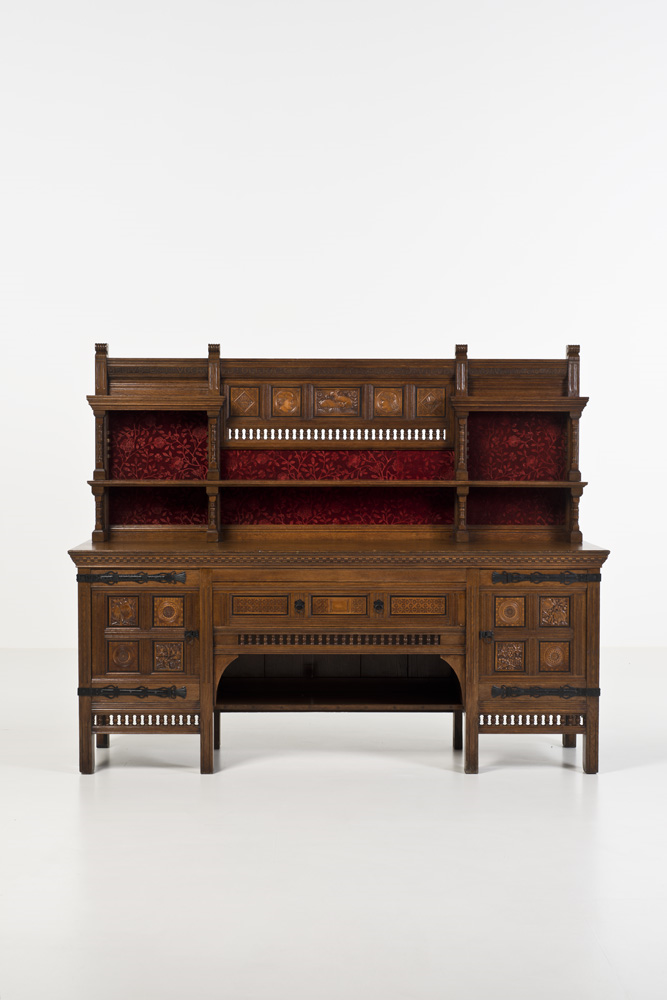 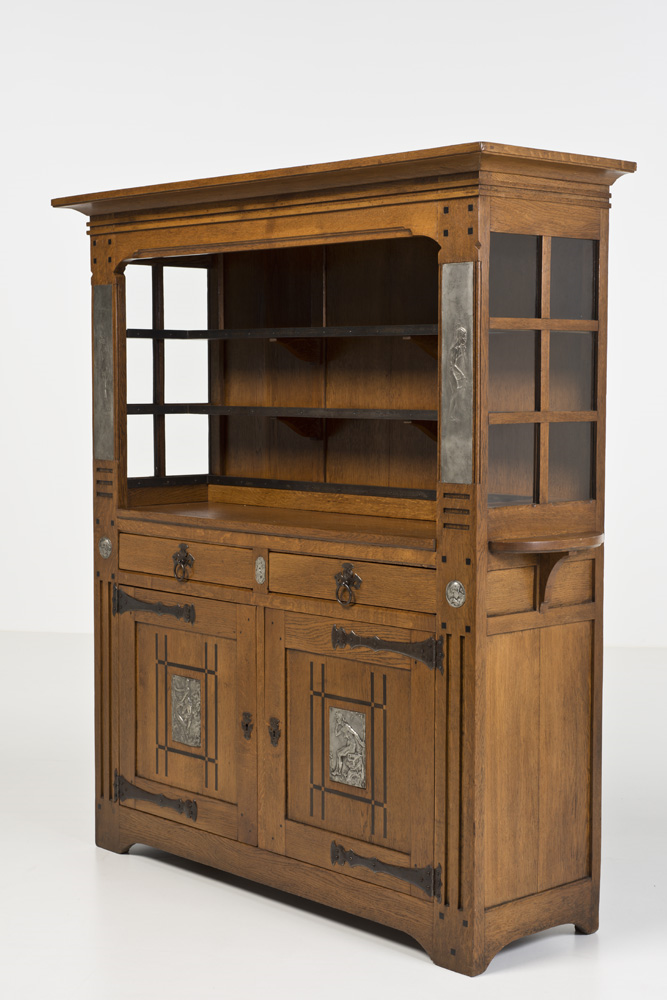 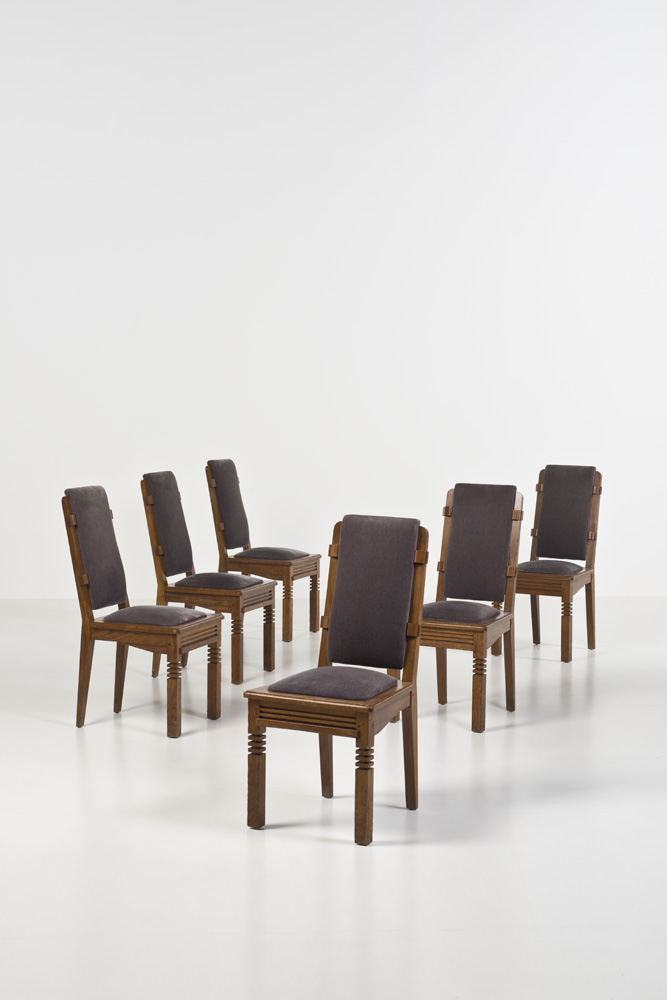 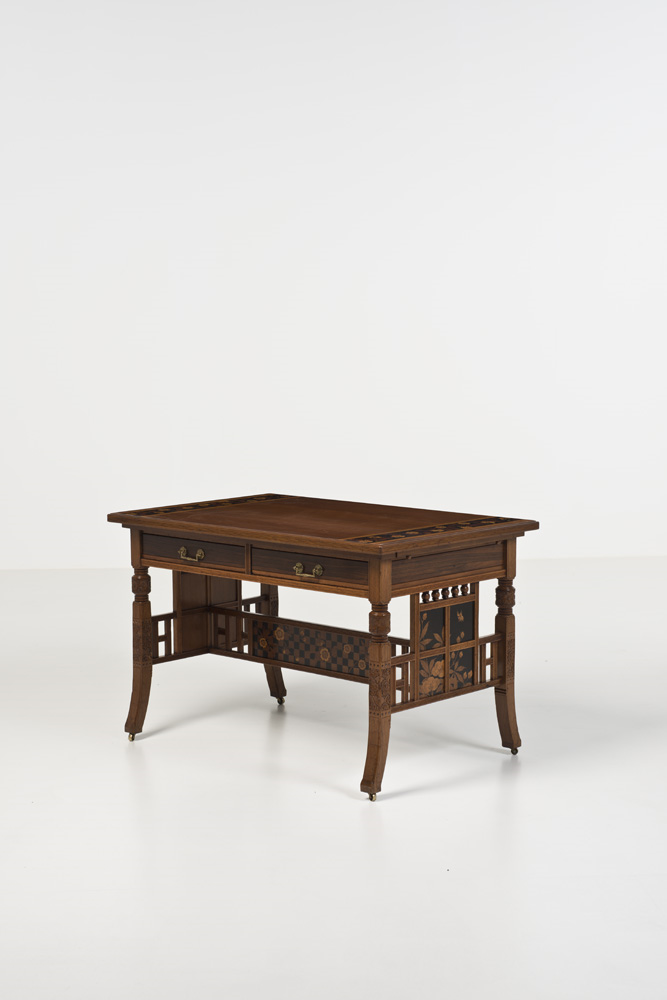 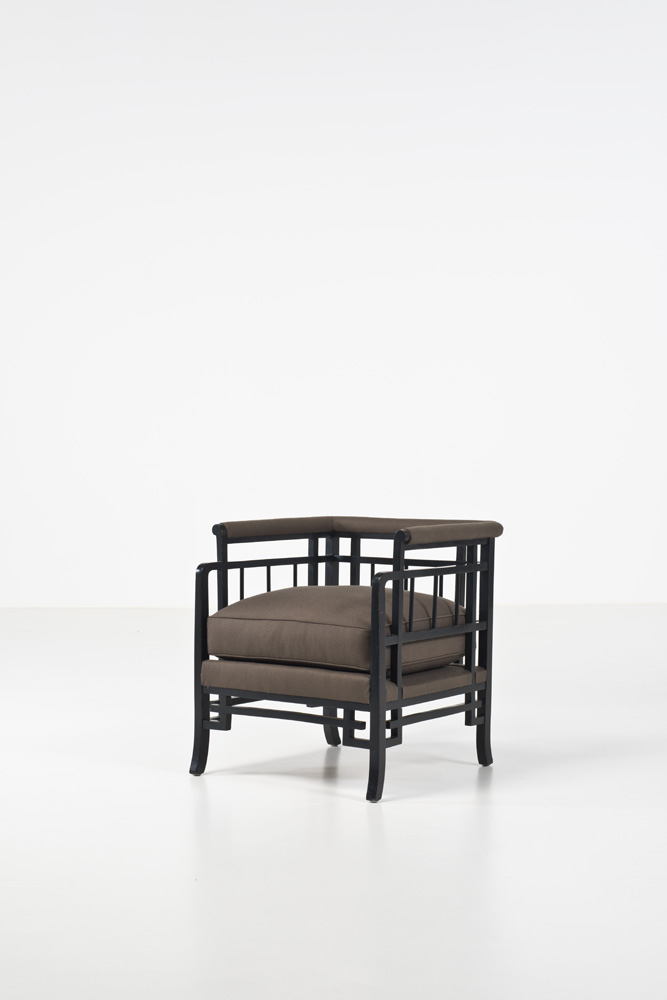 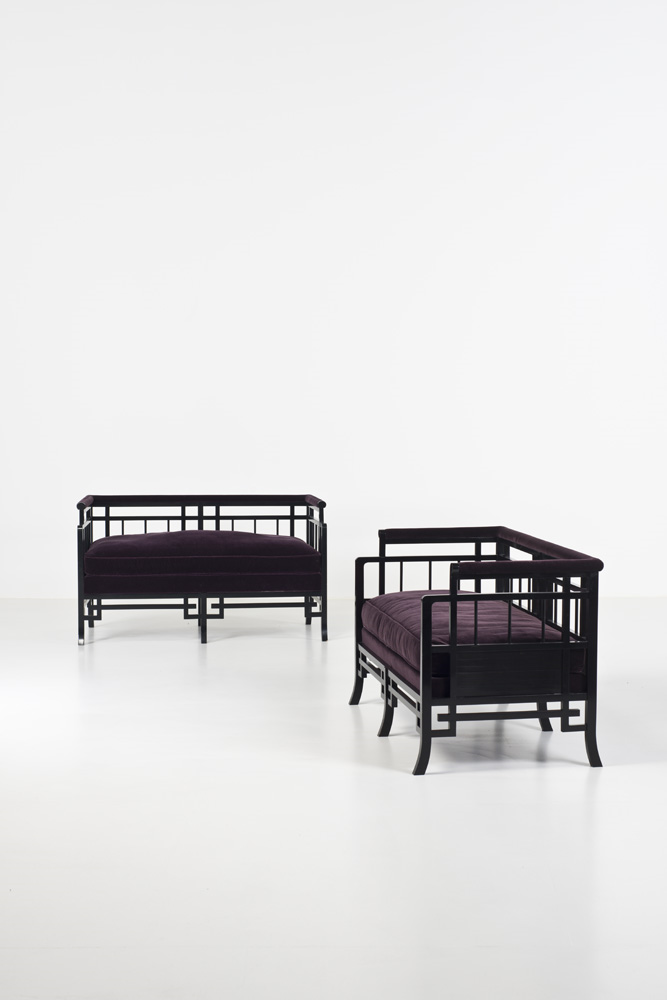 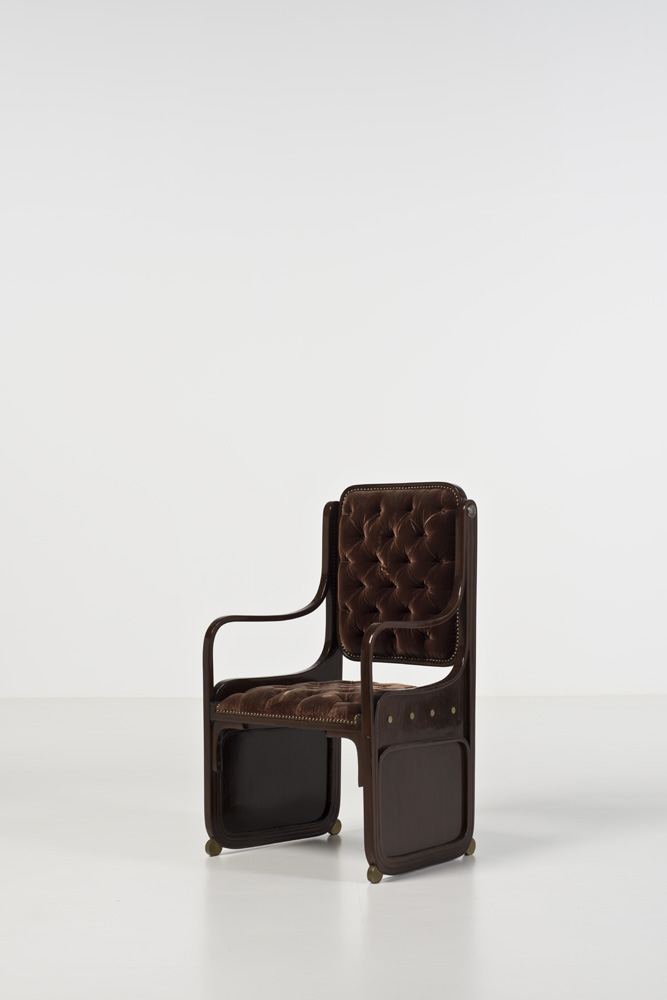 The only thing better would be if Frank Lloyd Wright were on hand to field questions. Two of his homes in central California...