Haunting memories of New York’s Meatpacking District, along with photos from the pages of aging books, have inspired the redesign of a rooftop bar at the Gansevoort Hotel.

“I remember walking the Meatpacking District before the hotel was there – there were only two restaurants, and the rest was for meatpacking,” says Chris Kofitsas, founder and CEO of New World Design Builders. “There was meat hanging out there, and the streets were cobblestone and the buildings were brick.”

The hotel he’s referring to is the Gansevoort Meatpacking NYC. And he used all his recollections as he redesigned its rooftop terraces, untouched since it opened in 2001.

Its 7,300 square feet are up on the 16th floor – and they’re decidedly different now. “In a nutshell, it’s a rebranding of an entire roof, by changing the orientation of the bar and the palette of materials including furniture,” he says. “The pool, the main bar and the loft are on the west, east and north terrace.”

The terraces look out to the Hudson River. Facing west, patrons can witness the sun dipping down beyond buildings while they’re at the bar. “It’s absolutely beautiful,” he says.

He designed steel and glass pergolas and removed awnings from the original Meatpacking District of the 1940s and ‘50s – the ones where meat once hung – for the north and east terraces. The west is open to the sky, with no covering.

“We created a covering for part of the east and all of the north terrace,” he says. “All the doors on the north slide open, so there are views to the north, east and west.”

It’s all slated for launch in the spring.

Chances are, it’ll be packed. 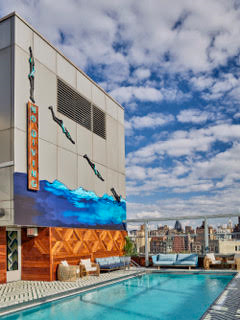 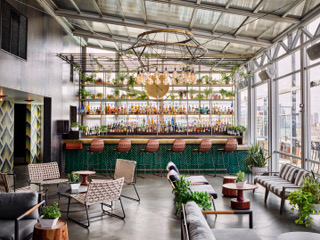 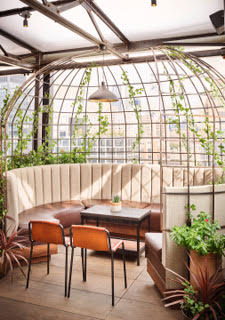 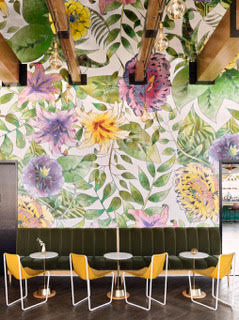 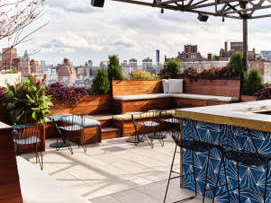 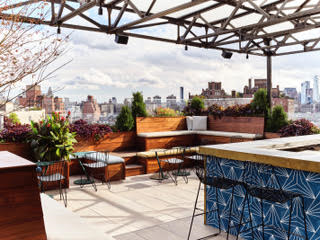 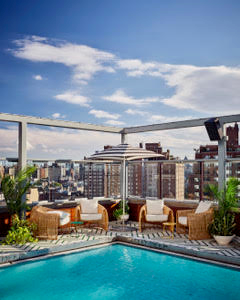 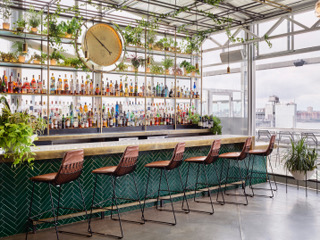 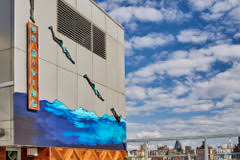 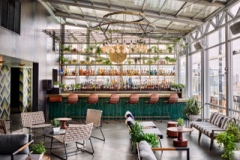 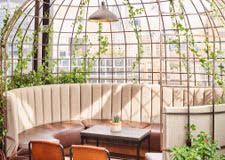 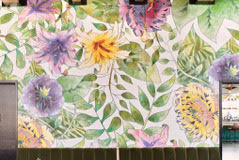 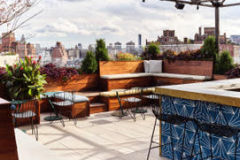 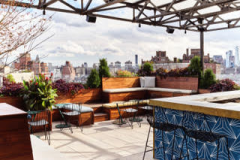 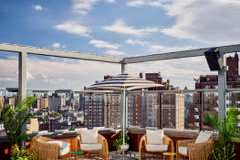 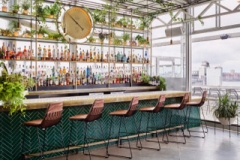 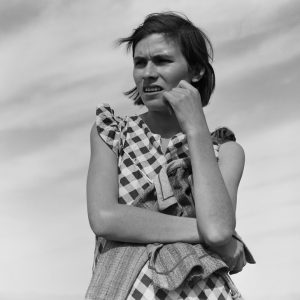 A childhood bout with polio left 20th-century photographer Dorothea Lange with a slight limp – and a trait that would prove...