On September 21, a community workshop will be held in New York to guide the redevelopment of the city’s 994-acre watershed known as Newtown Creek.

Named for a tributary that feeds into the East River and separates Brooklyn from the Queens, the waterfront site offers spectacular views of mid-town Manhattan.

His firm is working with a coalition of non-profit groups including Riverkeeper, the Newtown Creek Alliance (NCA) and the Greenpoint Manufacturing and Design Center GMDC) to establish community goals for the development of what remains a contaminated brownfield.

“It’s significant because it’s the site of the most severe oil spill on the mainland of this country,” he says.

According to the GMDC, 17-million gallons of oil leaked onto 55 acres there beginning as far back as the 1950s.

In 2008, the GMDC, the NCA and Riverkeeper received an award of $625,454 in New York State Brownfield Opportunity Areas funding for a community-driven planning and redevelopment analysis of Newtown Creek and surrounding contaminated sites in Queens and Brooklyn.

Perkins + Will will be working on the analysis with Gannett Fleming for the next ten months. Their purpose is to take non-functioning land and improve its environmental quality while providing public access to the waterfront. The goal is to transform the land from a polluted, underutilized industrial area into a mixed-use development of light industry that will create jobs, along with homes, retail opportunities, and open space.

“The cleanup can be intensive or light, depending on the use,” he says. “Residential use will require the most intensive and light industrial the least. It’s important to decide what to do with the site, and then decide on the cleanup.”

The workshop on Sept. 21 is designed to arrive at what can be achieved with regard to open space, environmental quality, development and community access.

Ideally, the groups will begin to look to private or public/private development once the goals and scope of work are established.

A second workshop will be held later to look at a number of options. Then the development of a preferred plan will move forward. “It will rise to the top,” he says. “Then it will be refined, and implemented.”

Initial development of what he calls “low-hanging fruit” will occur first. “We’ll look at three to four sites as catalytic projects,” he says. “They’ll be fairly decent-sized – between ten and 50 acres.”

Activating all of the sites on the property is a long-tem commitment that could take decades. “The entire area could take 15 to 20 years,” Ranjan said. “But then, cities are never finished, though, are they?”

On one hand, views of what appears to be a refinery. On the other hand, a view of the Chrysler building….

One wonders why the cleanup wasn’t addressed with SuperFund money several decades ago. 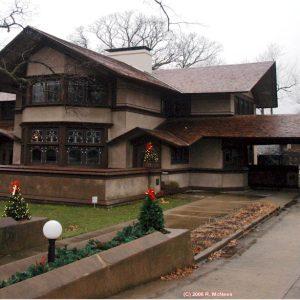