In Norway, Transforming a Boathouse

A+A recently discovered Naust V, a collaboration between Kolab Architects and Koreo Architects in Oslo, Norway. It’s the transformation of an old boathouse in Vikebygd, a small village on the Norwegian west coast. We were intrigued by it, and interviewed the architects via email:

How did the site drive the design?

The site is situated by a fjord with a small forest in the back, with the clients summerhouse right by. The family wanted the boathouse to function as a social gathering space during the summer season, as it no longer had any use in its original purpose of storing boats.

What was on the site originally?

The existing boathouse on site was in a weary state, and needed a new roof and new cladding. In the end, only the foundation was preserved in the new project.

Intent of the design?

A boathouse, (in Norwegian «naust»), is a common landmark along the Norwegian coast. Traditionally built as a place for storage of boats and fishing equipment, the naust used to be functional buildings with simple materials. Today, as dependence on the sea and fishing industry is declining, many of them are being transformed for leisure purposes. As the Norwegian coastline is considered common property, regulations are very conservative regarding size, use and appearance. Hence, the dichotomy between the regulations and new Norwegian leisure culture forces an old typology to take a new form.

At the back of the original naust, one step above the ground floor, lies a stone terrace surrounded by a small forest. The new naust was extended backwards to include this terrace into a new winter garden. This part is covered by angled wood cladding, which makes it both opaque and transparent, filtering the light from between the trees outside. The main materials used in the project are locally produced heartwood pine, plywood, and polycarbonate sheets.

How is the structure now used?
In the transition a kitchen and a fireplace is introduced as a central gathering space. Sitting alcoves and shelves are integrated in two of the walls, providing a flexible floor area. A big opening in the western wall creates a transition between the interior and stone terrace on the west side. In the eastern wall, a horizontal window offers a glimpse of the village and the surrounding mountains. At daytime the naust is subordinated to the local traditions at distance, while unveiling unexpected qualities when given a closer look. 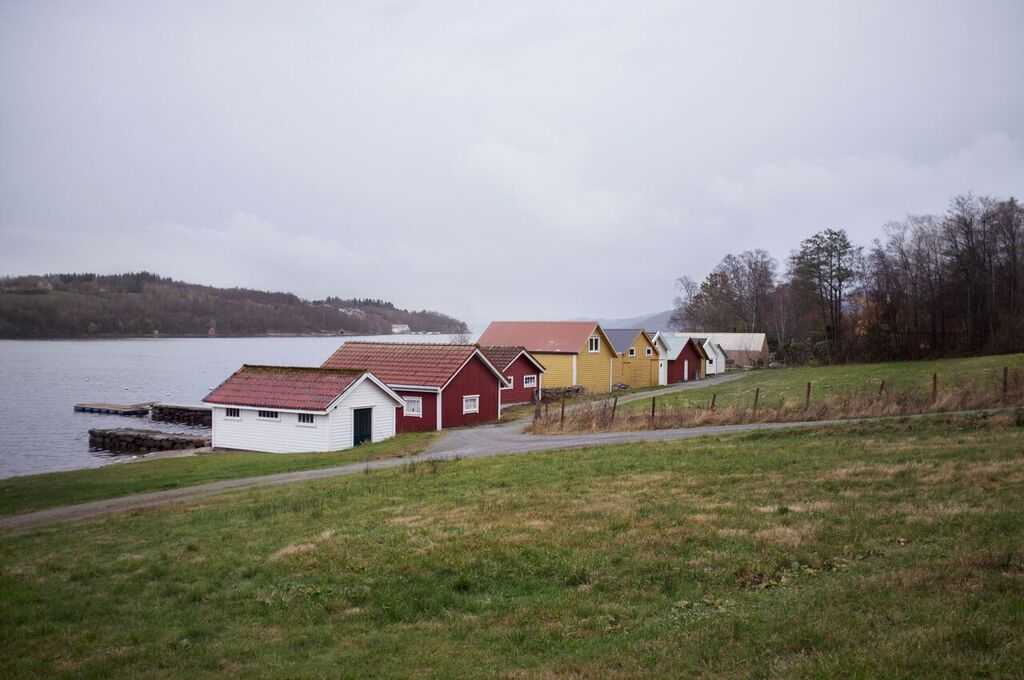 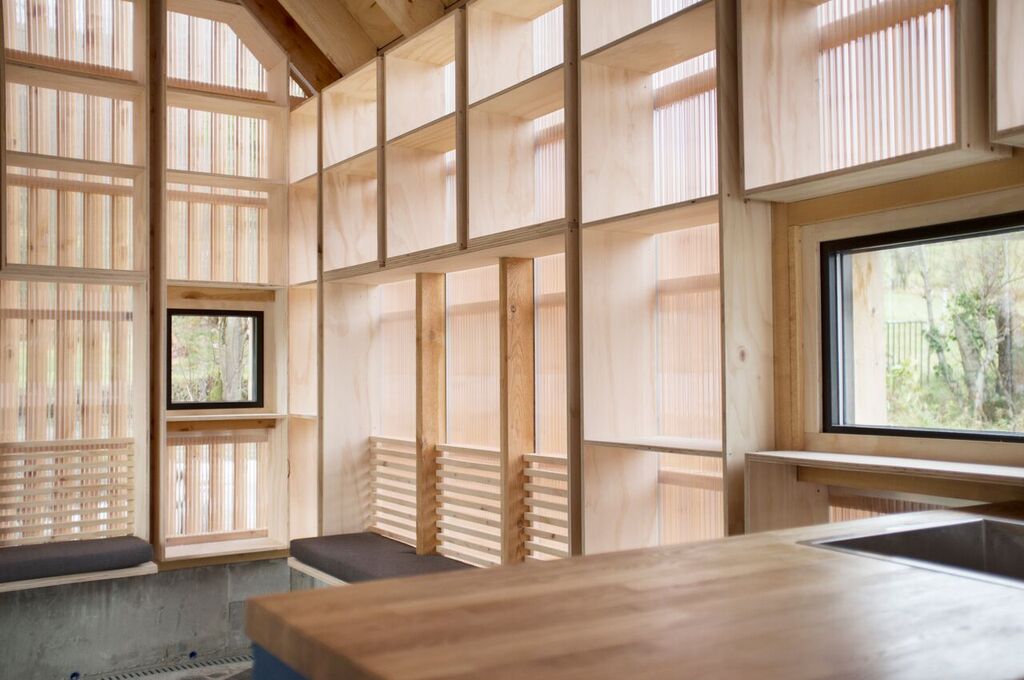 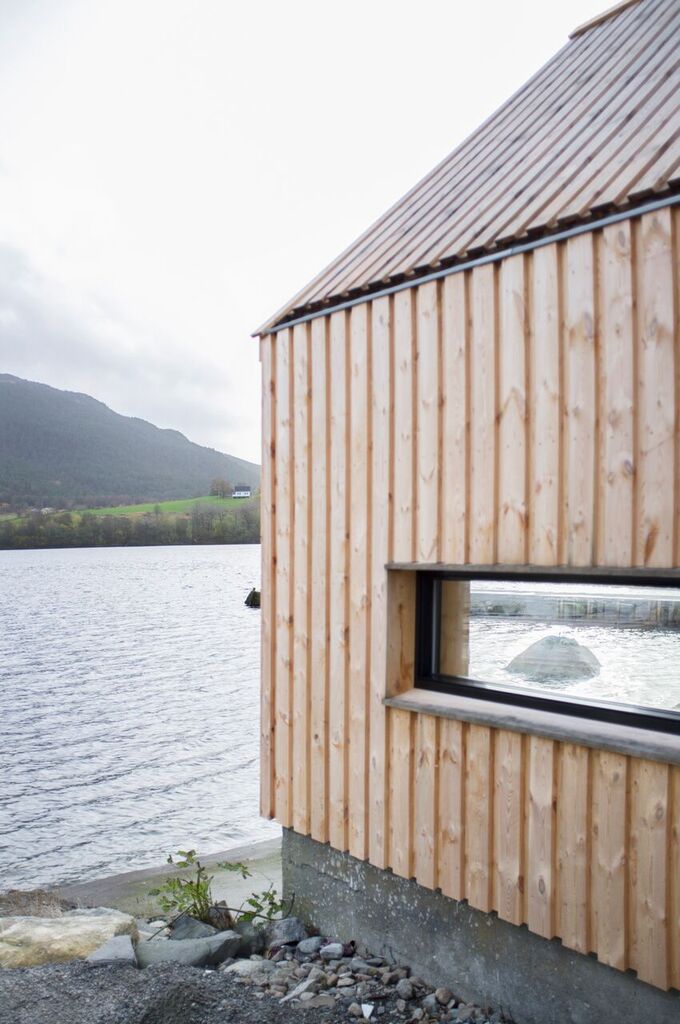 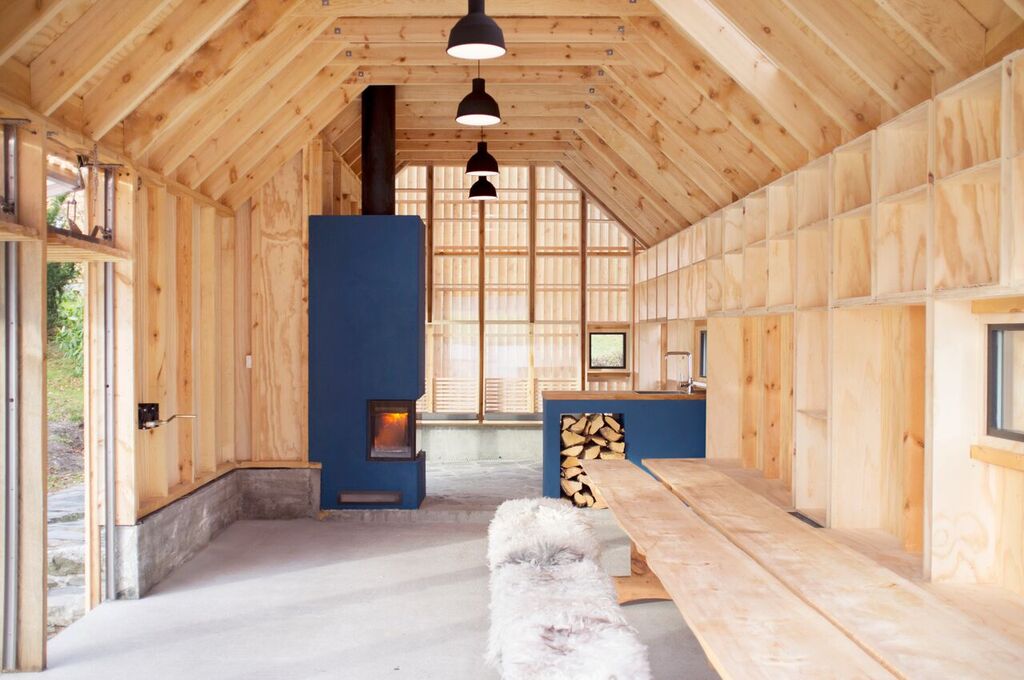 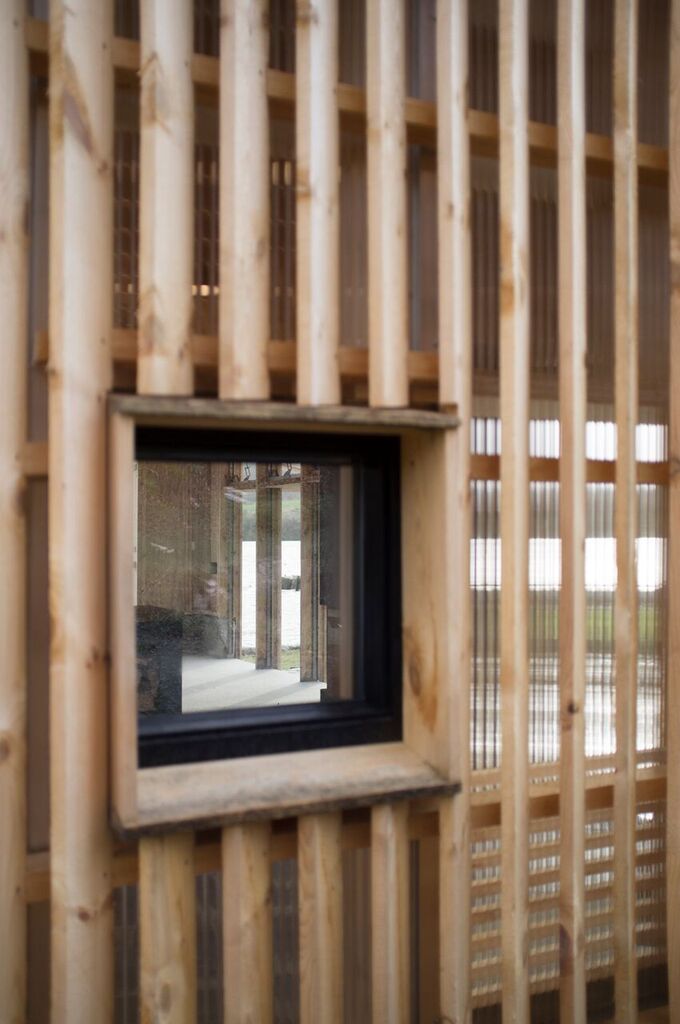 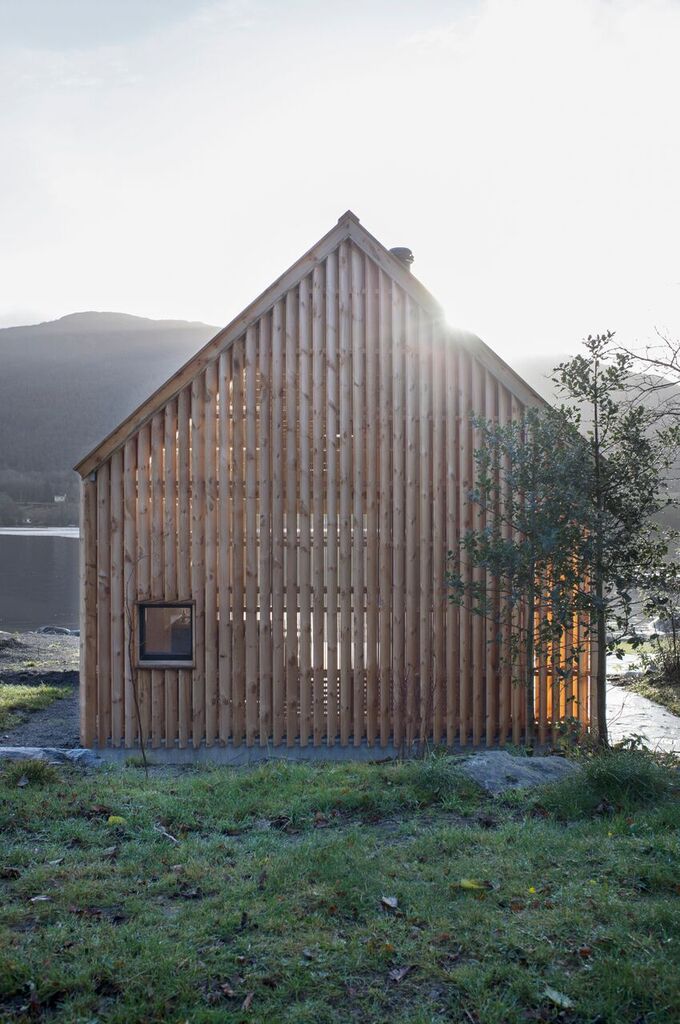 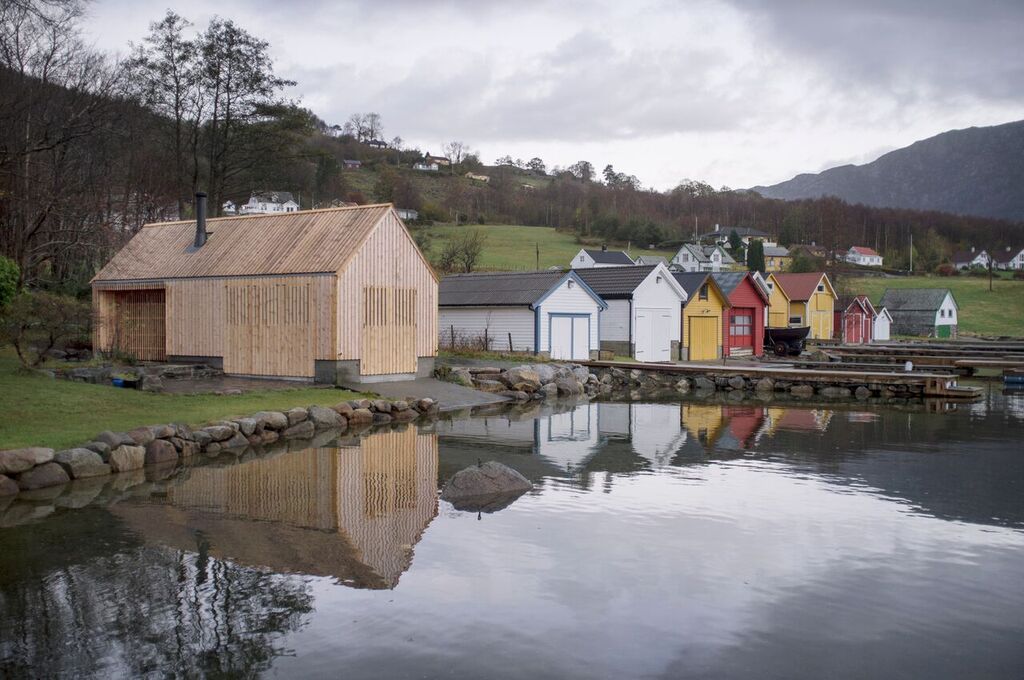 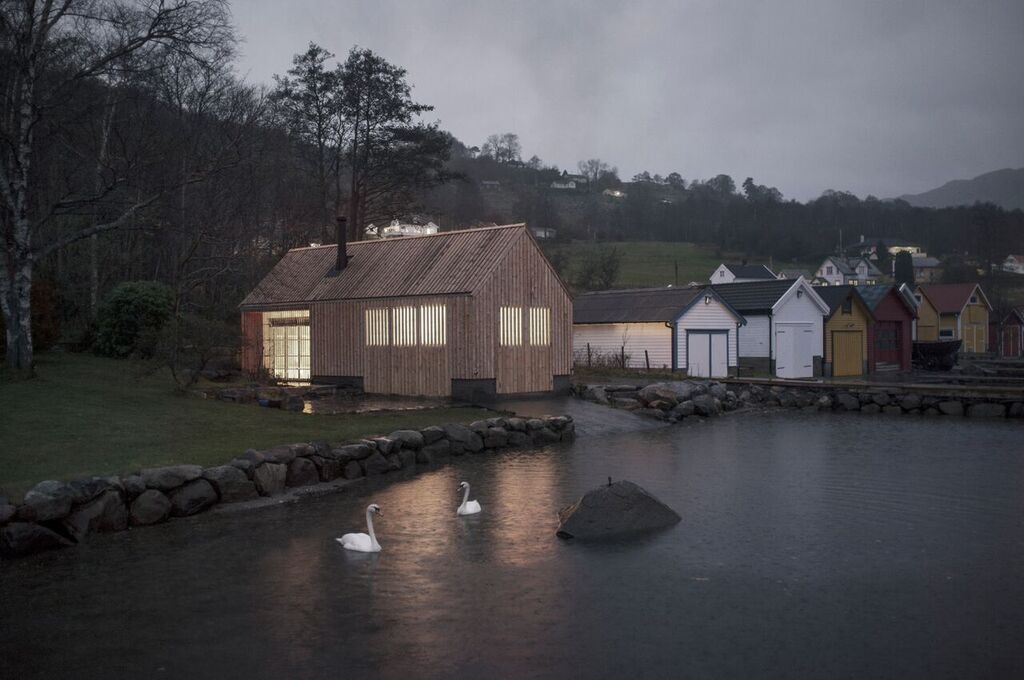 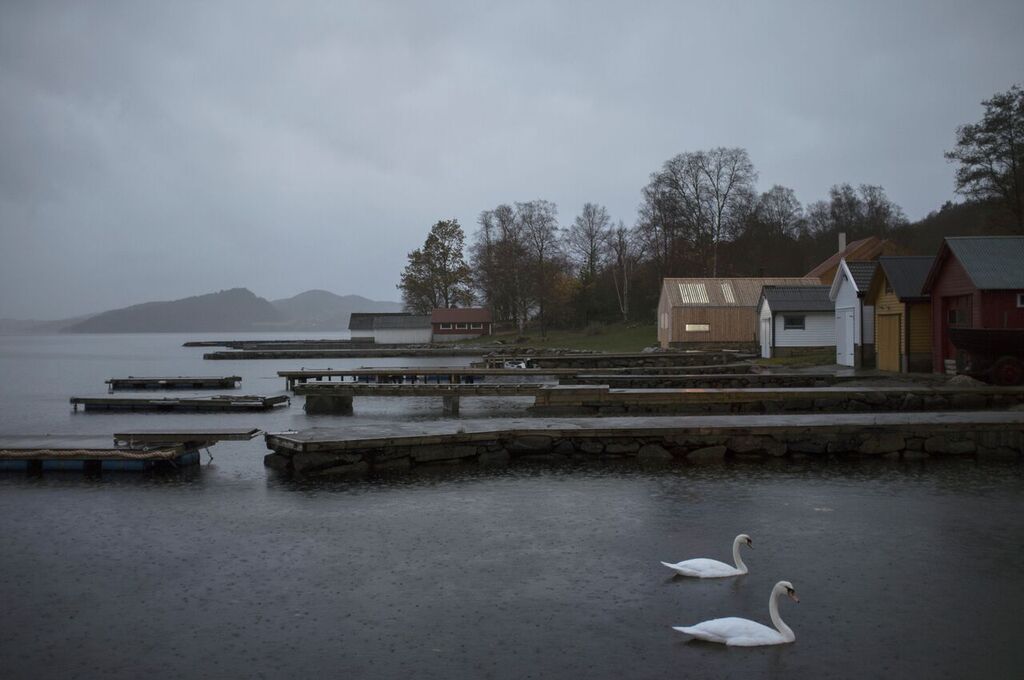 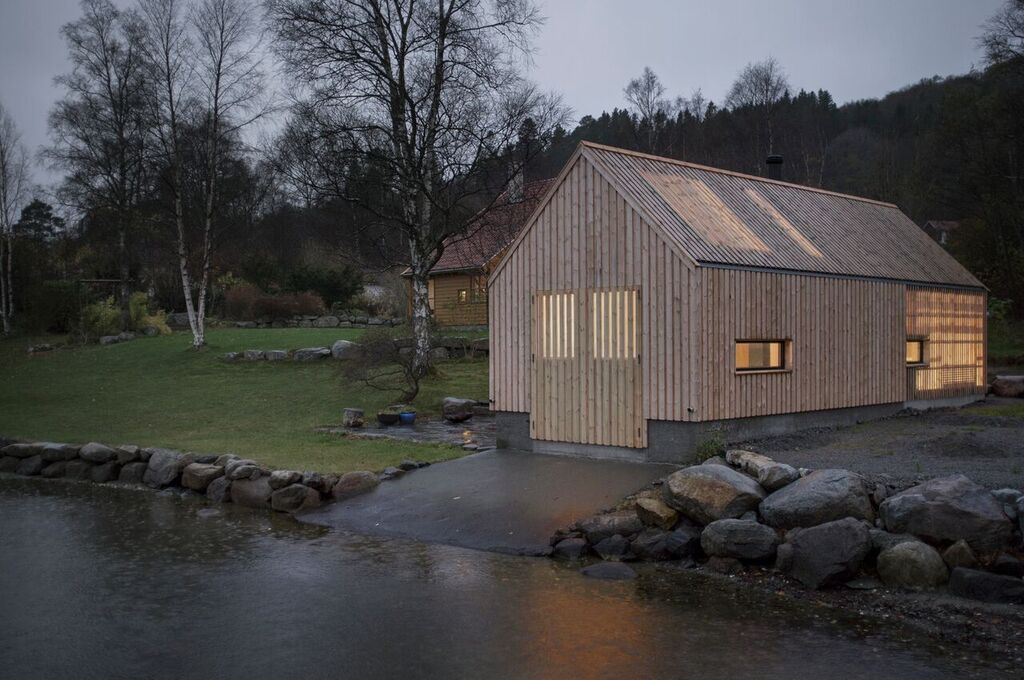 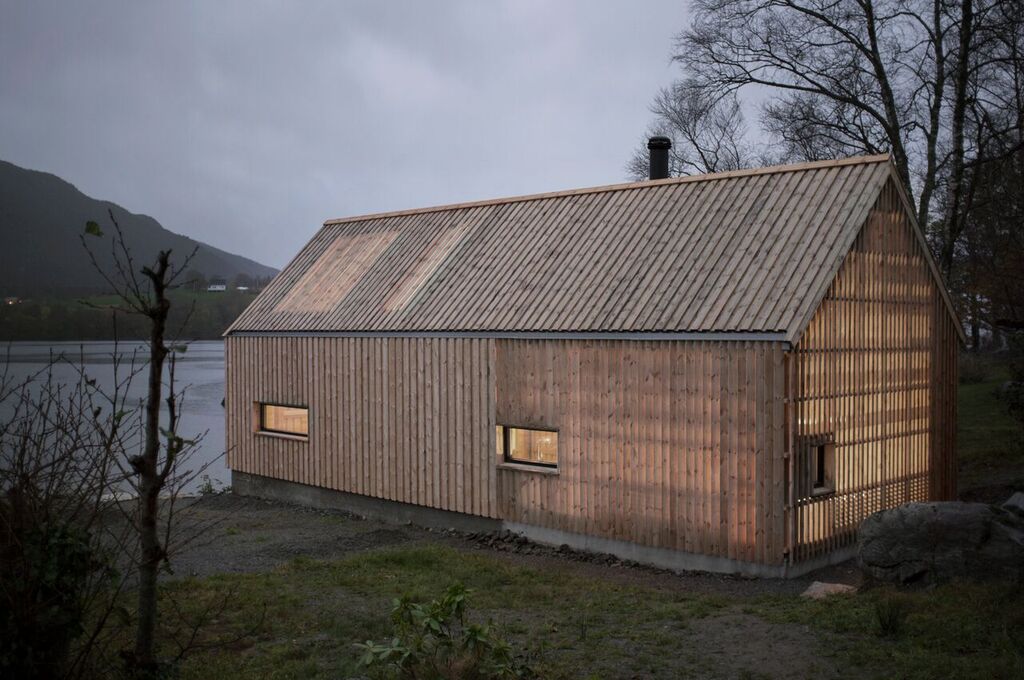 In N.Y., American Gardens on Canvas

too stunning for words! Thank you!

Barcelona is not only home to one of the leading soccer teams in Europe - its handball and basketball teams are well-known...