The Czech Center in New York has put together a three-part program on Adolf Loos’s rarely seen (and previously unseen) interiors in Pilsen, Czech Republic. It’s ongoing now, and open through March 11. Details on dates and times can be found at the end of this post.

A world-renowned architect, Loos is one of the most well-known, pre-war, modern architects alongside Ludwig Mies van der Rohe, Le Corbusier, and Frank Lloyd Wright. He was not only a practical architect, but also a significant theorist of architecture and, to a certain extent, a philosopher as well. His literary discourse foreshadowed the foundations of the entire modernist movement.

Loos was born in 1870 in Brno, which was at the time in the Austro-Hungarian Empire and is now part of the Czech Republic. His parents owned a quarry and custom stonemason shop. The experience he gained from his family’s business helped to build his relationship with the high-quality, intriguing materials he would later use during his career. Loos called himself a European and he lived predominantly in Vienna, where he also died in 1933.

A+A recently interviewed Petra Vomelová of Visit Pilsen about Loos and the program via email:

Why was his work important?
Loos studied architecture in Dresden; however, he never finished his studies – not for a lack of talent but rather due to his conflicts with teachers. He left Europe after his studies, for a three-year stay in the United States (1893-1896), where he worked as a mason and floor-layer. The dynamically developing United States made a huge impression on young Loos, influencing his future attitude towards architecture. After returning from the United States, he settled in Vienna where he founded his own atelier. At that time, he began publishing his theoretical thoughts on architecture. The most famous of these publications was his hugely influential thesis, “Ornament and Crime.” His ideas on architecture, especially the development of “the Raumplan” have continued to influence architects up to this day.

Where can his influence be seen – in Europe, and worldwide?
The most famous Loos realization is the multifunctional department store Goldman & Salatsch (1910) on Michal’s Square in Vienna. The appearance of the house, which, for the first time ever, displayed a smooth façade without any decorative elements, caused a huge scandal at the time. Today this building is a treasured monument and a reminder of the beginnings of modern architecture. Loos primarily designed buildings that people could live in; however, among his designs you’ll also find a bar, a café, a mountain cottage, and other buildings. His designs can be found all over Europe, from Vienna to Paris, Montreux, and Semmering. In the Czech Republic, one of his best-known works is Müller’s villa in Prague, but his designs can also be found in his hometown of Brno and its surroundings. Loos’ stay in Pilsen became a separate chapter of his life. Between the years 1907 and 1932, he created thirteen unique interior projects there (eight of which remain). Pilsen is second only to Vienna in terms of Loos’s architectural heritage. In Pilsen, he also met Klara Beck, the daughter of his prominent investor, Otto Beck, who later became his third wife.

The intent of his design?
In architecture, Adolf Loos radically rejected any artificial decorative features, and he was the first architect to design buildings without the then-popular decorative elements, both in terms of their exteriors and interiors. Instead of decoration, he paid extra attention to the interior layout. An important element in Loos’ design is the so-called “Raumplan”. Loos claimed that the area of a room and its function were the determining factor for the height of the room, and therefore various rooms in the house should differ in height. The houses designed by Adolf Loos were not divided into classic floors as is common practice. In Loos-designed homes, you are often forced to move between floors such as 1 and ¼, 2 and ¾, etc. All it takes is walking up or down several stairs and you will find yourself in another room. Loos created continuously adjoined spaces in which the inhabitants could move freely. He claimed that his houses were designed in 3D, and the use of Raumplan is then the result of Loos’ flawless spatial thinking and imagination.

His chosen material palette?
Loos´s favorite interior element was a feature of enfilade–a suite of rooms formally aligned with each other. Stone was his most favored material. In the apartment of the couple Kraus at Bendova 10 in Pilsen, you can view what is widely hailed by experts as the most beautiful Loos salon with Swiss marble paneling and a mahogany-paneled ceiling. This Cipollino marble was very popular in the Roman times. We can see this stone with its typical green-white combination in the Villa Müller in Prague as well, and also as a covering material of the shopping house Goldman& Salatsch in Vienna. A fascinating illusion of an infinitely multiplied picture of the room was created in the room, thanks to the mirrors which were placed on the opposing walls. One design feature that was never missed in a Loos interior is a fireplace – regardless of whether an actual chimney led out of the room in question or not.

Details on the conference and exhibition?
A three-part program dedicated to Loos’s work in Pilsen includes a currently ongoing multi-media exhibition, on view through March 11, open on Wednesdays 1-4 PM, or by appointment. The exhibition is accompanied by a virtual conference “Adolf Loos: In Search of Space for Modern Life”, taking place on March 4th, at 2pm EST, and featuring international speakers including Barry Bergdoll and Christopher Long. A swing jazz concert, live streaming from one of Adolf Loos’s Pilsen interiors will take place on February 26. 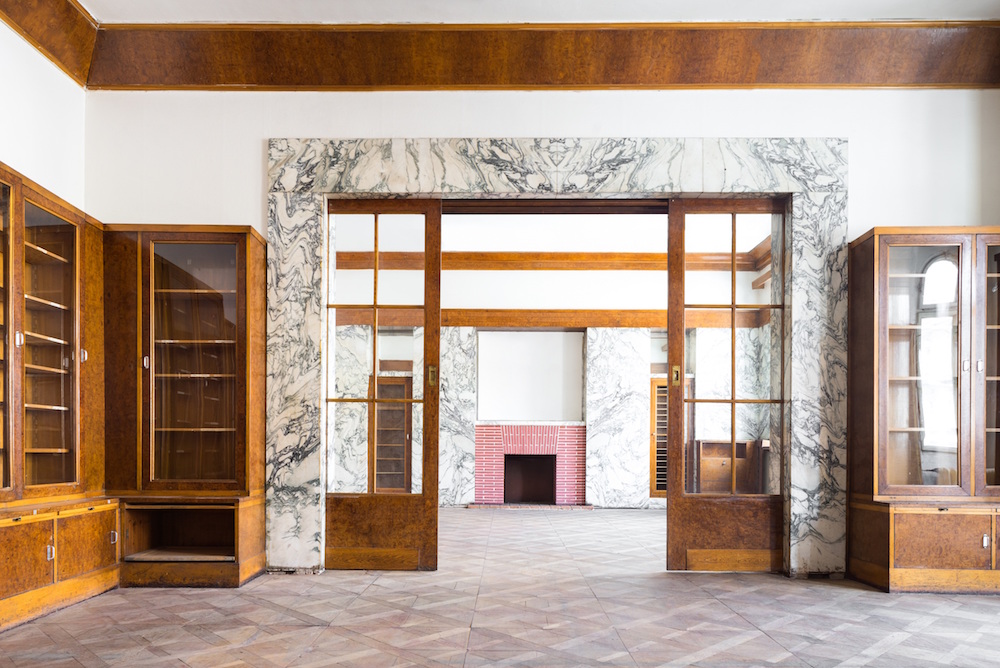 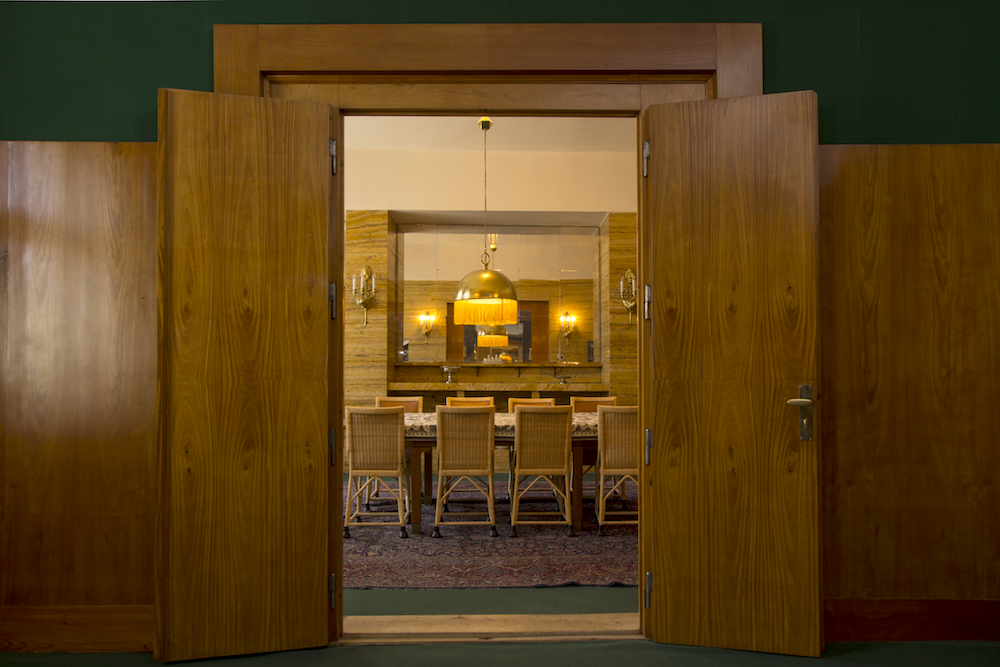 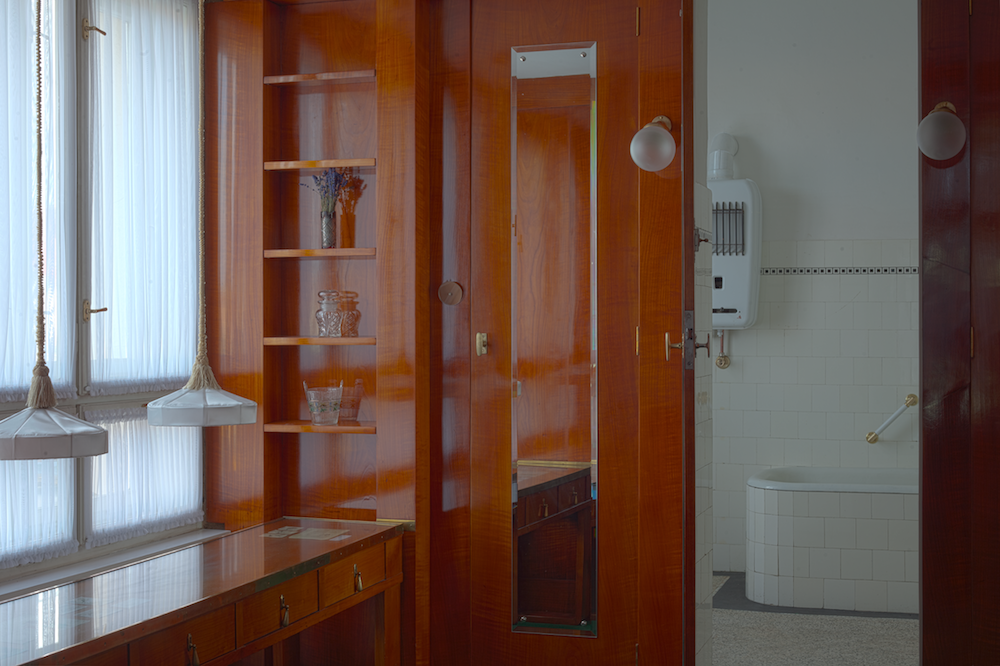 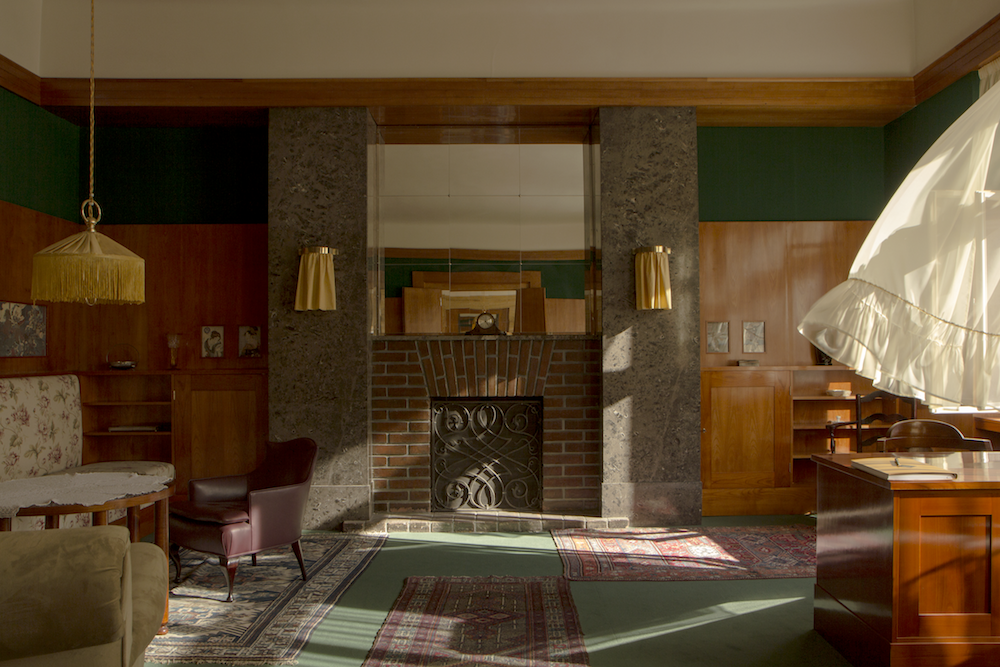 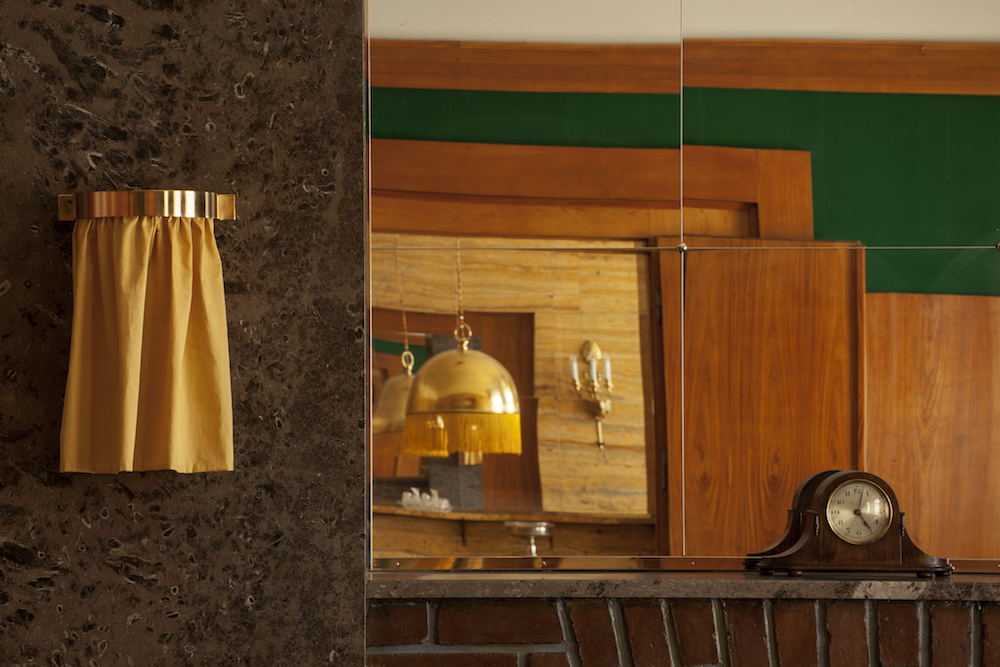 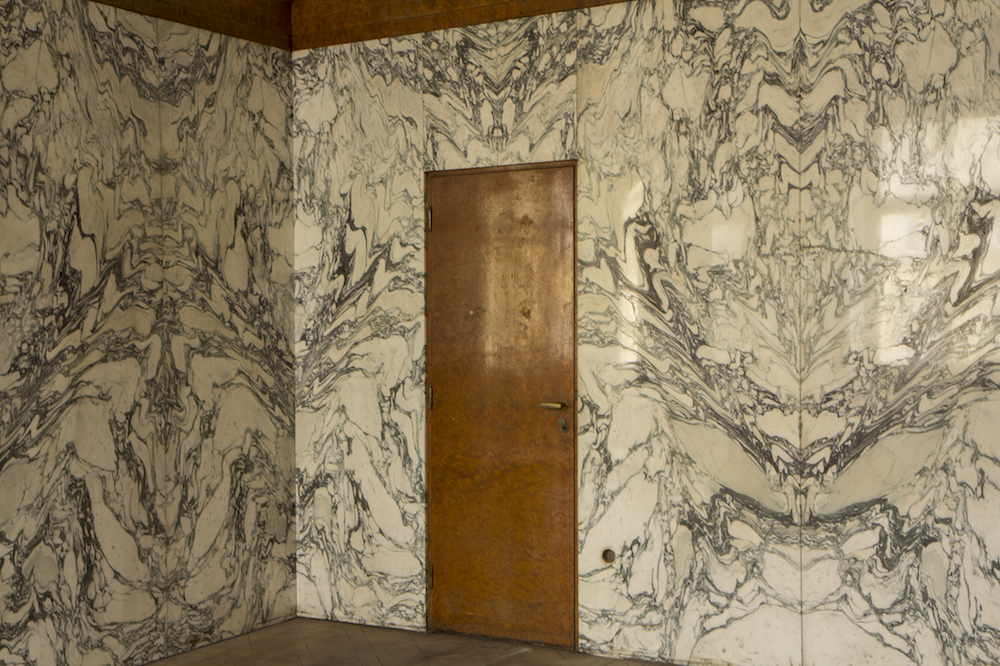 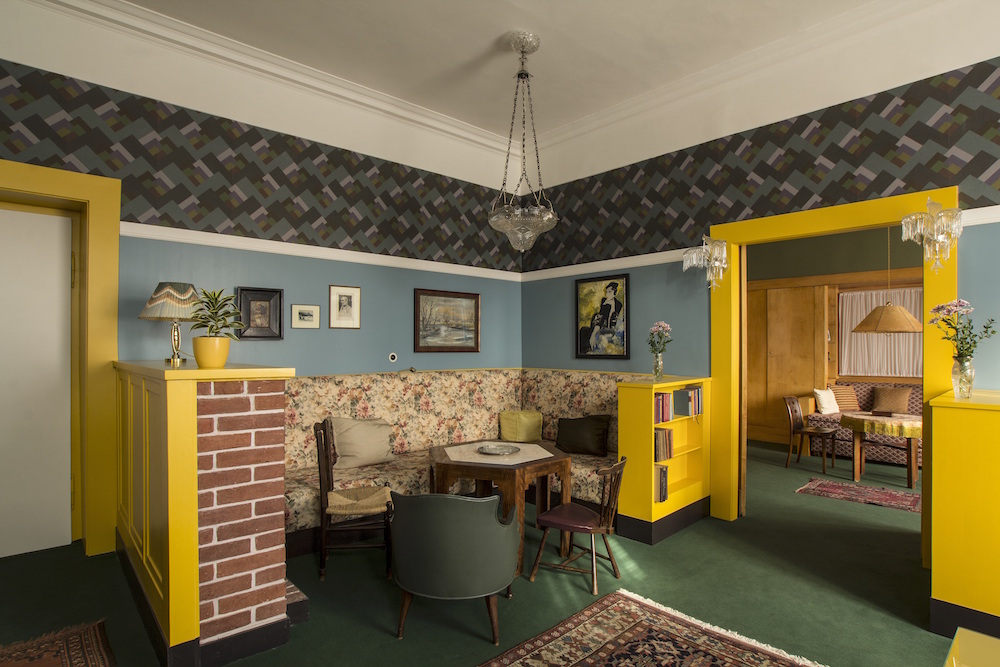 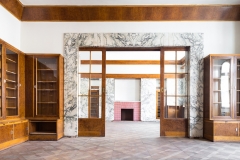 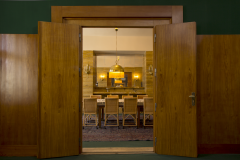 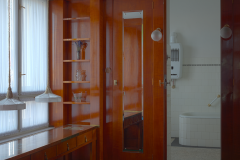 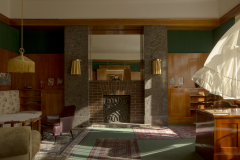 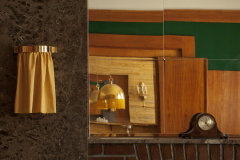 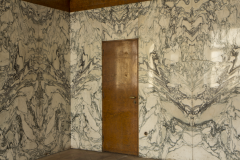 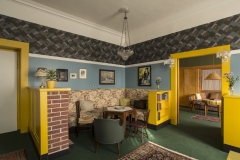 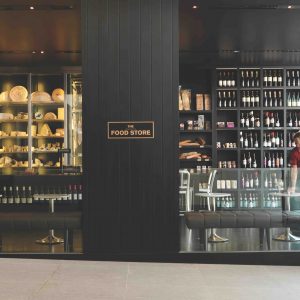