Inside a 1927 Cass Gilbert building, once home to furriers in New York’s Garment District, the designers at Architectural Research Office have created a first:

Outside, Congregation Beit Simchat Torah is an Art Deco gem ornamented in Assyrian-themed terra cotta and gold-leaf lettering. Inside, it’s all about the light.

“We wanted to use natural light so there’s some connection to nature – because that’s what the Torah says,” Stephen Cassell, founding principal at ARO. “We respected the historic fabric of the building, but there is a pane of purple glass that clearly says LGBTQ.”

ARO worked on the project with the client for nine years, trying to locate the right space for its congregation. The new synagogue is on the ground floor of the old building, with a wraparound mezzanine and a basement also, The rest of the building is condos, 19 stories up.

“It’s 21,000 square feet,” he says. “One of the challenges was how to get a synagogue and  a sanctuary in a columned grid that’s 20 feet, and not have it look compromised.”

This is a congregation that calls itself “radically traditional,” as it seeks to reinterpret Judaism for the LGBTQ community. Its sanctuary, for example, seats the traditional 299 people, but the architects added a contemporary twist. “We rotated it so that the mezzanine wraps around the speaker/rabbi by curving,” he says. “It’s got that sense of inclusiveness and intimacy – the speaker’s only 35 feet away – so it’s really close.”

They also sought out an English pew maker to create seats that can stack and be moved out of the way, so the sanctuary can be used for weddings and special events.

Because music is highly important to the congregation, ARO created one wall that’s12-inch-thick concrete with four more inches of glass-fiber-reinforced-concrete panels, for a warm, rich and powerful sound. “It’s an incredibly effective acoustic feel that’s just as important as the visual feel,” he says. “The choir director was blown away.”

And that column near the center of the altar? “It’s a tree, supporting the community,” he says. “It’s from the Torah.”

You can see this 21st-century reinterpretation of a 20th-century master, at 30th Street, between 6th and 7th. 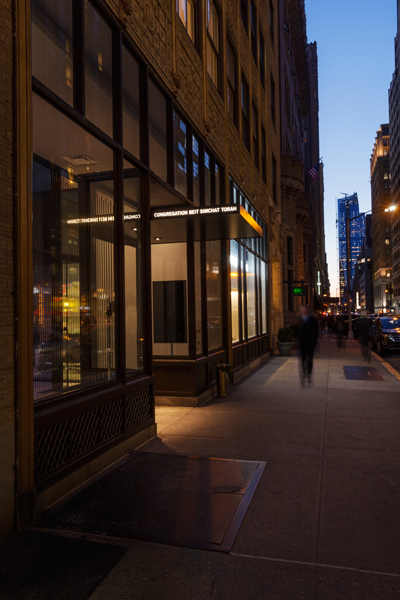 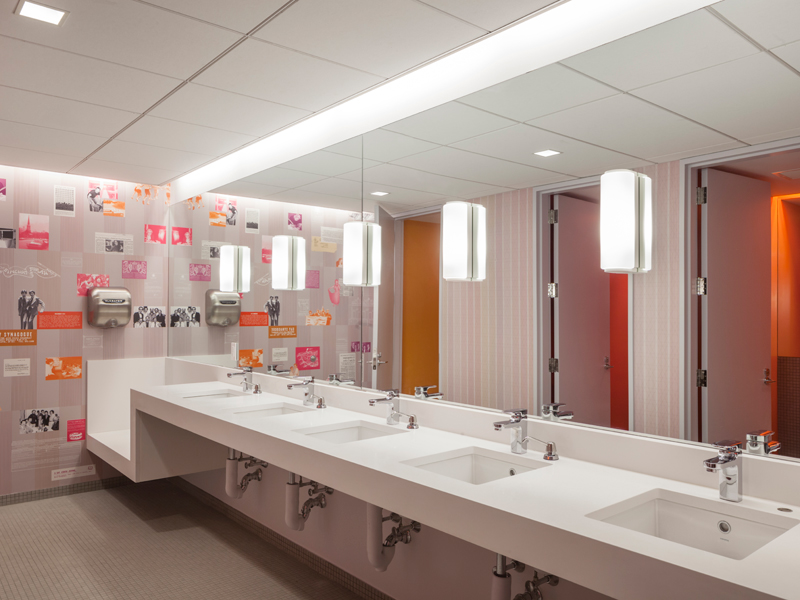 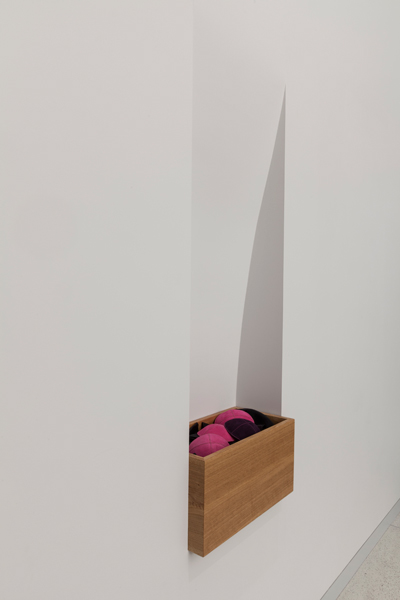 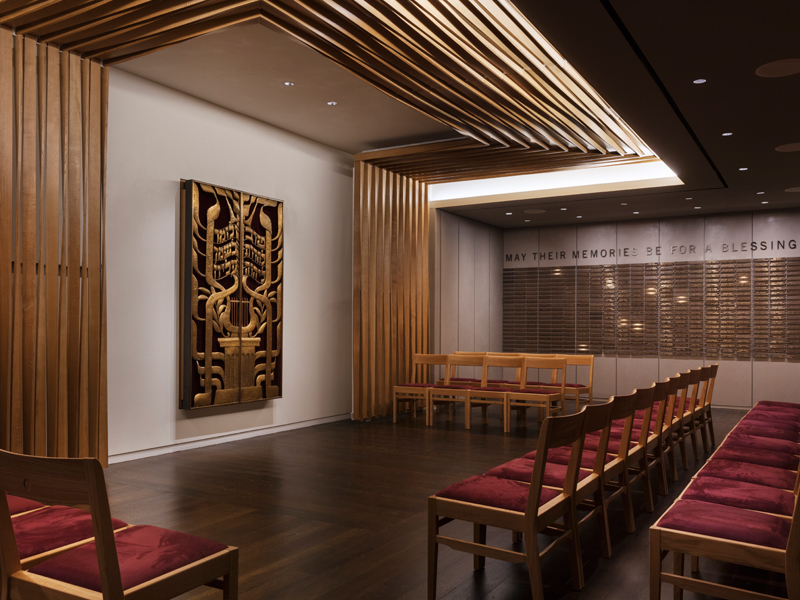 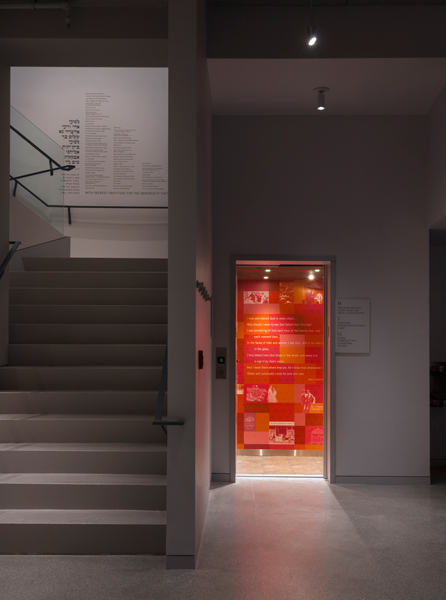 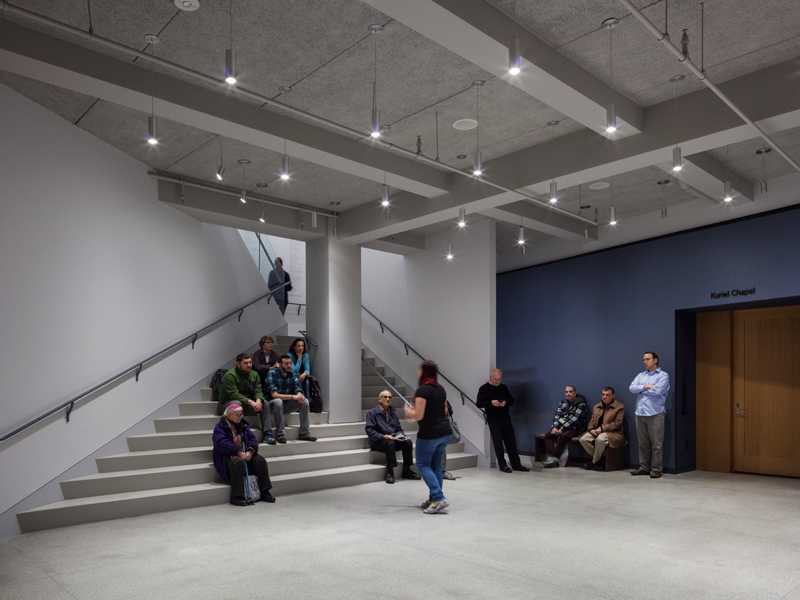 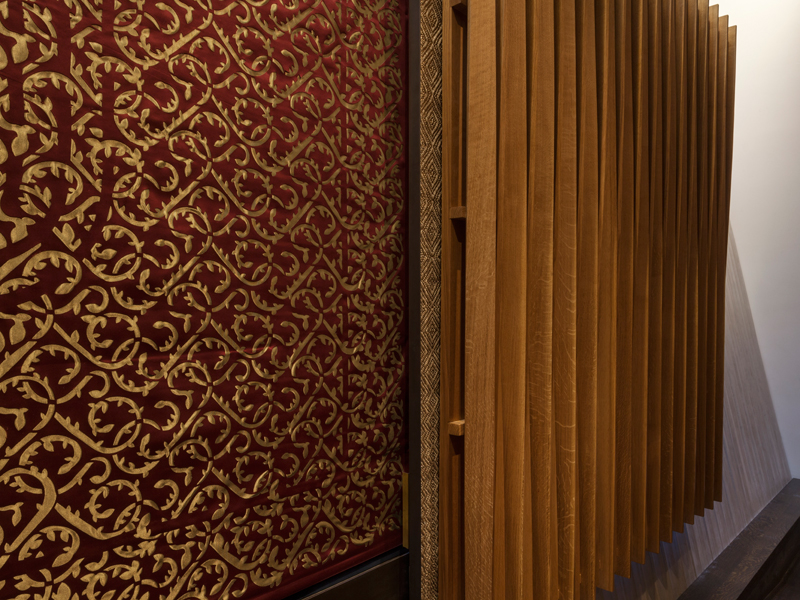 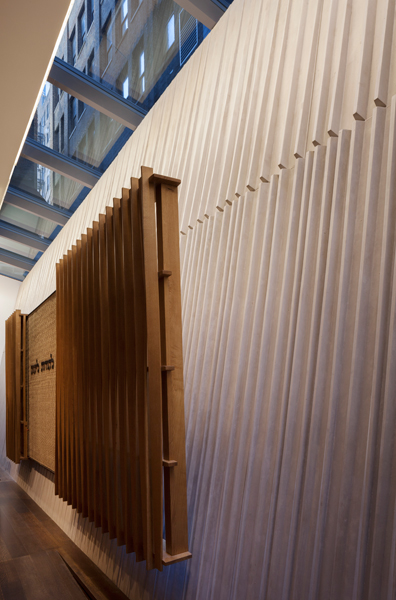 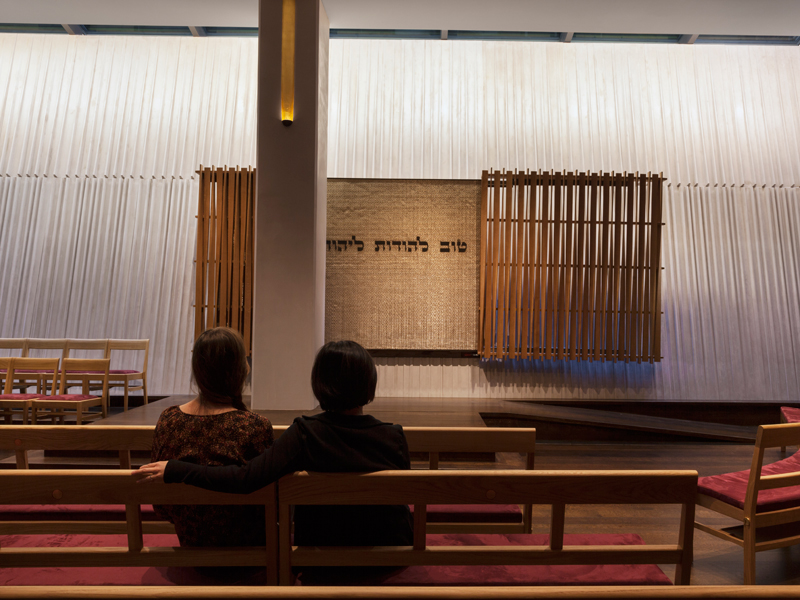 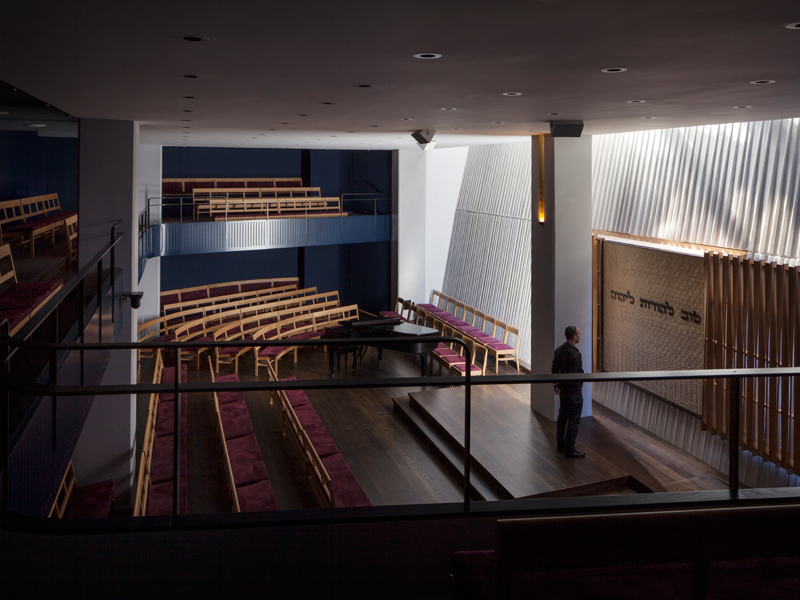 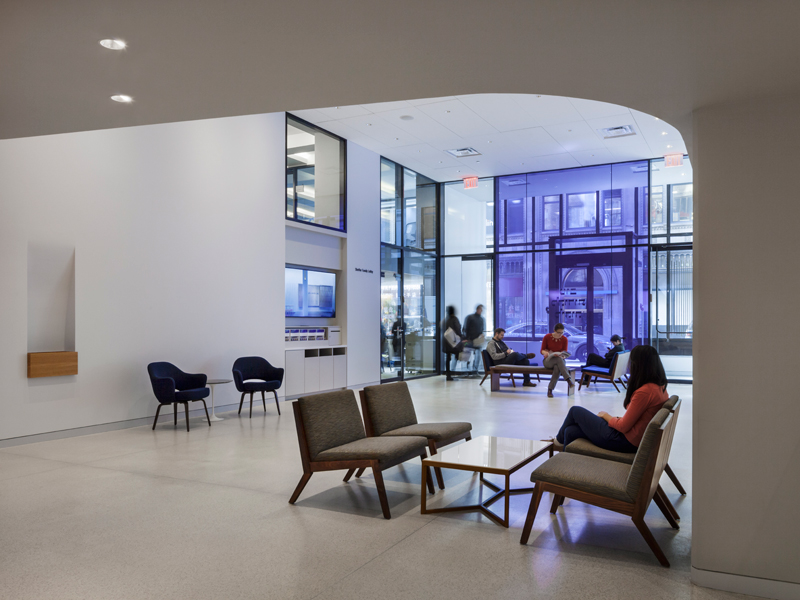 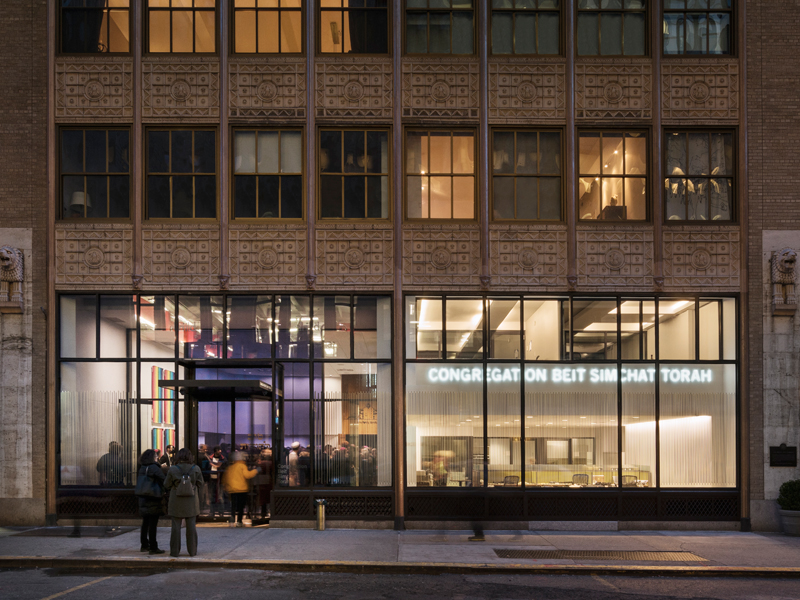