In N.Y., a House that Pays for Itself

In spring 2010, Chris Colby of Spire Architects & Design in Millbrook, N.Y. will break ground on a traditional Cape-style home.

Made of concrete, it’s net-zero.

“Our earlier net-zero designs were more contemporary,” he said. “But people here said they didn’t want them so modern-looking.”

This one will be an infill home on a lot in a neighborhood full of residences from the 1930s, ’40s and ’50s. Design-wise, it should fit in. But it’s likely to pay for itself in energy savings by the time its mortgage is paid off.

It’s a 2,100 square-foot home with three bedrooms, and two and a half baths, designed with insulated concrete forms to provide more thermal mass, more energy efficiency and better sound reduction than traditional construction. It’ll use passive and active solar for heating and cooling, with an eight-kilowatt photovoltaic system on the roof. “It’s more than we need, but we get the full New York State tax credit for it,” Chris said.

There will be radiant heat in the floor during the winter, and geothermal cooling in the summer, via a cupola on the roof. “You open the windows during the evening hours and allow cool air to flow through,” Chris said.  “During the day, you close the windows and the concrete cools you down – it works like a refrigerator in reverse.”

His goal was to design an affordable, achievable home for middle income families. He wanted it to be energy efficient and environmentally responsible, without breaking the bank.

He estimates building costs for this home 90 miles north of New York City at an affordable $300,000, with energy savings over 30 years at an equal amount.  “It’s basically free,” he says.  “You can even accelerate the payback by selling energy to the power grid in New York.” 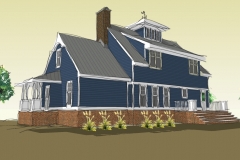 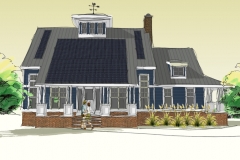 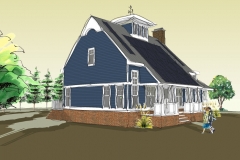 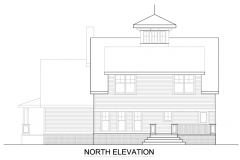 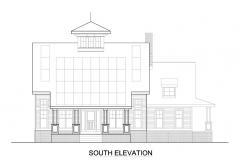 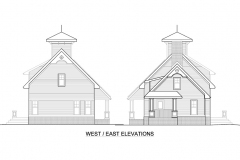 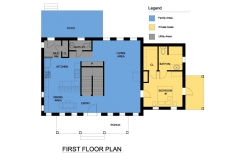 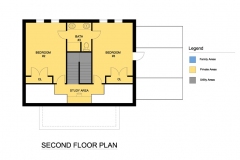 Very great ideas & cutting edge design & construction principles! But I am very suspect that this house can be built for $300K.

Mike Rantilla looked for three years to find the right site for the modern Raleigh home he wanted to design for himself. “There...