Tima Bell is a virtuoso who’s as adept at painting as he is at architecture.

Actually, when he started at Rice University in the early 1990s, he intended to study singing. As in opera.

But he quickly shifted gears. “Opera requires a full-time lifelong engagement,” Bell says. “In one year, I realized I was not prepared to commit my life to that.”

So instead, he studied creative writing and art history. “I ended up with Bachelor’s degree with a major in art history and a minor in English literature,” he says.

He followed that up by enrolling at SCI-Arc, the Southern California Institute for Architecture. He wanted to become a better painter by studying architecture, and soon enought found himself fully engaged in three-dimensional design. He earned his degree in it and promptly launched his career.

“I have a partner, Scott Sullivan, who I met in graduate school and we’re committed to making each other better,” he says. “We started building furniture and then started a design/build firm, and had 30 projects by the time we graduated.”

Out of school, they designed and built nearly anything – staircases, railings, bars – even straw bale houses. The two eventually went their separate ways, with Bell heading to Israel as an artist-in-residence for a year. It was a lucrative experience, and one that he’d experienced before.

“At Sci Arc, you show your work before you start, and that’s when some random guy bought my paintings,” he says. “That happened in Israel, when five of them were bought – I made $10,000 and went to Prague and painted, and people would buy it if I put it on a wall somewhere. It gets purchased.”

He came back to the states, and seven years later joined up with his partner again, to form Relativity Architects. The pair design a variety of projects – X-ray rooms, bars, a campus for an internet company and a showroom for a clothing company. There are two versions to their architecture, he says: pragmatic and esoteric.

On the pragmatic side, “we build what we design – the clients who come to us are going to build the project,” he says. “As for the esoteric part – there, we’re not limited to typology.”

All the while, he’s been painting. More specifically, he’s been working on paper with watercolors. “The technique is like cloud formation – you don’t control watercolors – they control the painting with drip and spread,” he says. “You have to release control.”

About 80 percent of his paintings are landscapes, and of those, half were painted in the field – in places like Venice or Croatia. All, though, employ a playfulness with depth and dimensionality. “It’s about space and creating a spatial environment that makes you question – ‘What’s going on here?’” he says. “It’s like Cezanne – there’s two dimensionality, and just enough perspective in the painting to give you depth.”

His color palette reflects whatever he’s painting at the time, in plein air. “I love blues and greens in nature, and I’ll create 20 to 30 greens in a single painting for the flora,” he says. “When red is applied it adds so much power – and the blues are the strong washes, and then tons and tons of greens.”

He’ll do the occasional gallery show, in Los Angeles or New York, and when he does, his paintings sell. Meanwhile, he’s incorporating his artistic sensibilities into his architecture, too. “I had a 16- by-12-foot wall to create a mural in Venice Beach – it’s pixelated,” he says. “And I got two more commissions from that.”

It seems to be a common theme across his career. 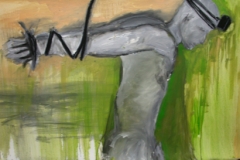 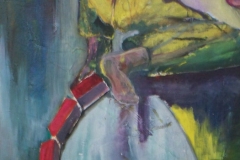 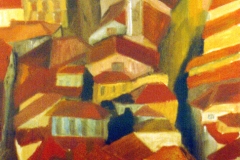 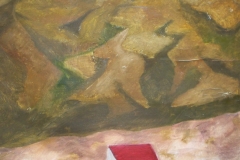 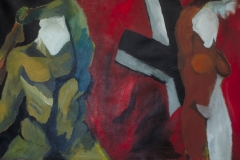 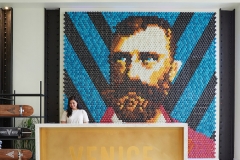 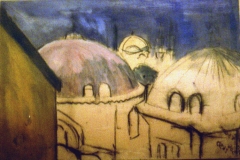 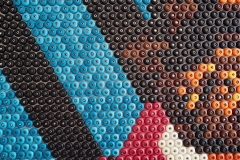 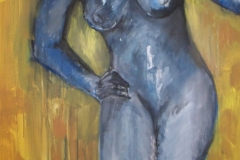 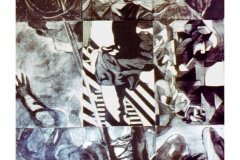 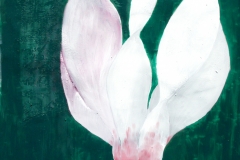 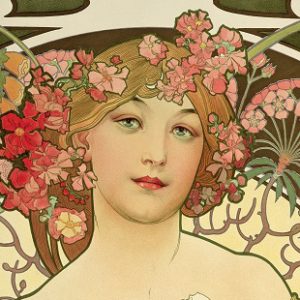 Alphonse Mucha, the artist synonymous with the Art Nouveau movement of Paris in the late 19th- and early 20th centuries,...