Photographer David Lena had the good fortune to shoot a classic midcentury modern in Southern California recently – and the sensitivity to appreciate its rarity.

“It was striking how stark and clean the geometry was,” he said. “There were dark wooden beams that created a frame of walls and ceilings throughout – and that was broken up by glass that keeps it open. There was this beautiful sense of privacy and transparency.”

Architect Ray Kappe designed the Sunset Plaza home in one of the canyon areas north of Sunset Boulevard. He’d started his practice there in 1954, and by the time this house was built in 1957, he’d completed twelve projects. Some were award-winners.

This house was originally a 1,900 sq.ft. post-and-beam residence, built of redwood and glass for the Eric Lowens, a mature couple involved in furniture design. Now it’s updated by a new owner working with Kappe. The result is a 2,700-square-foot residence frpm contractors Tom Hinerfeld and Joanne Costello of Hinerfeld-Ward Inc.

The master bedroom was expanded with bath and dressing room, and a new bedroom was added. The existing swimming pool was replaced with a lap pool. New landscaping and the interior’s glow capture Kappe’s trademark sense of quiet.

The best part of the house? The pool, the photographer said.

“There’s something magical about the master bath with the Zen garden too,” he said. “And the lifestyle of the new owner meant that there was almost nothing there in terms of furniture – and that helped me capture the mystery of the home.

He took four shots at dusk, preparing them in advance, so he could move from one to the next quickly.

More than a job, the shoot was a joy. “The experience of being there was just really nice,” he said. “There was this expansive feeling to it all, and a sense of tranquility.”

No surprise there. It’s a Ray Kappe design, after all. 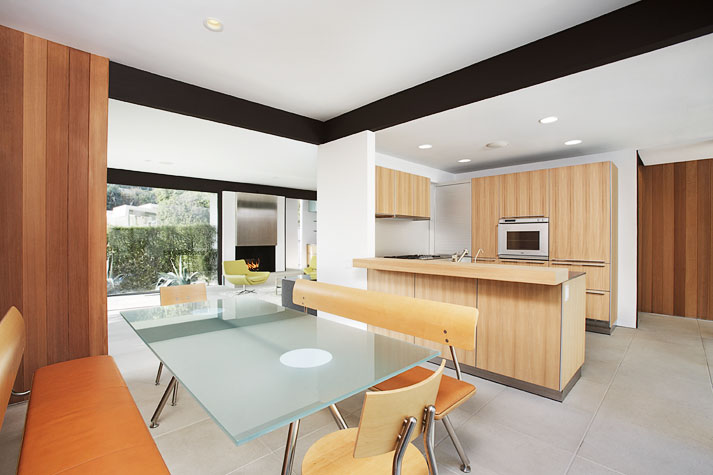 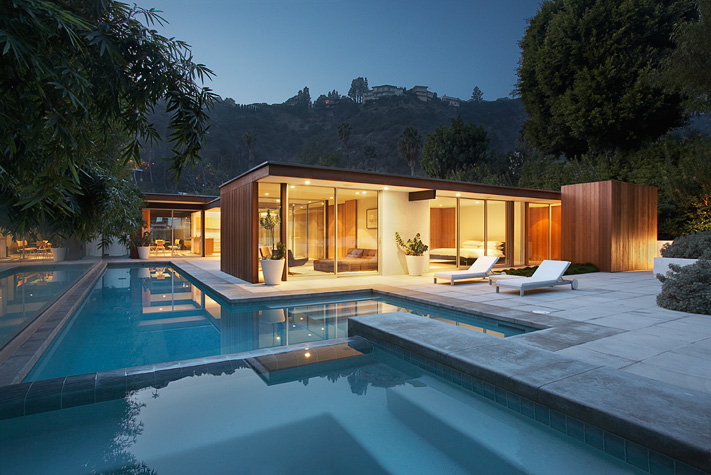 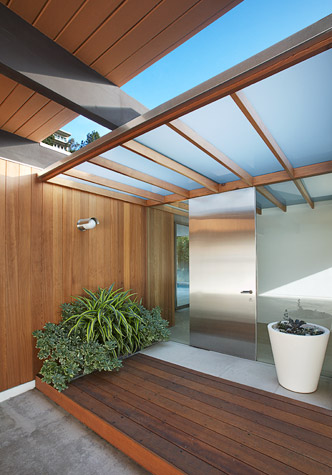 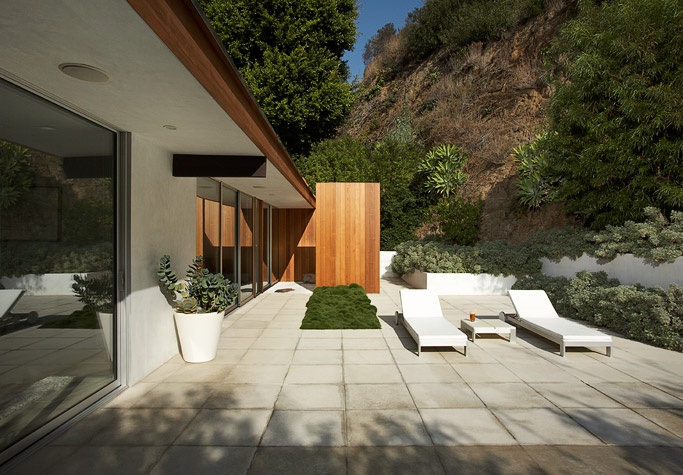 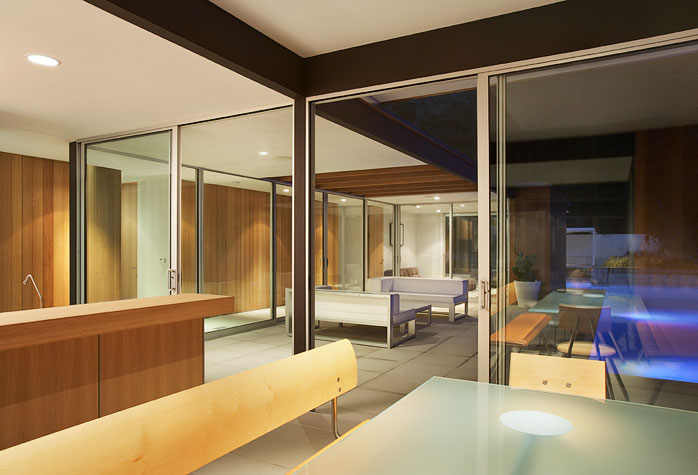 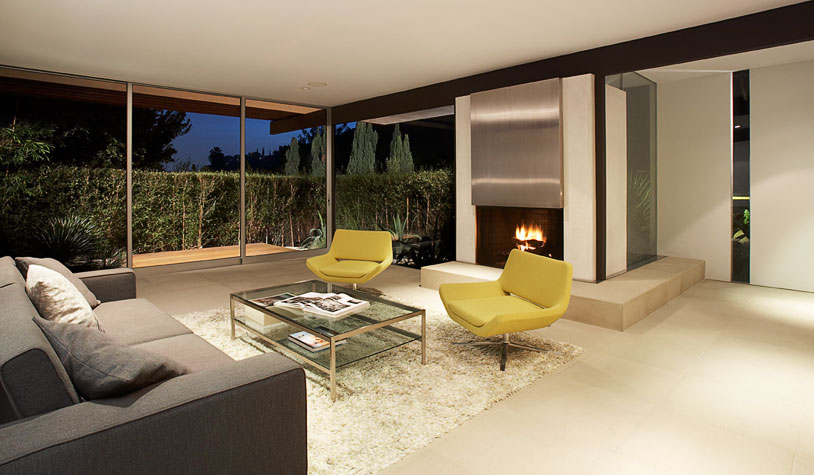 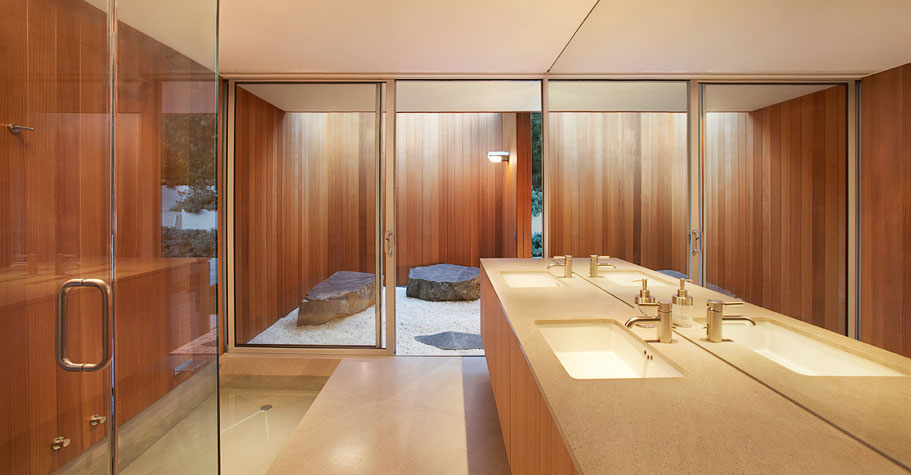 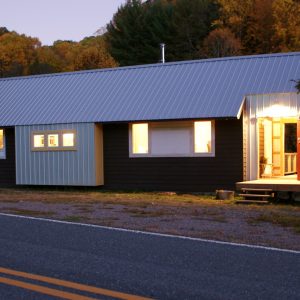 It may look new, but architect Chad Everhart’s “Farmhouse Redux” is built largely out of recycled materials. He...