Mississippi’s violent involvement in the Civil Rights Movement now has been documented in a new museum that will open tomorrow in Jackson.

It was designed by Perkins+Will’s office in Durham, which, headed by the gifted Phil Freelon, was architect of record for the Smithsonian’s Museum of African American History and Culture on the Mall in Washington, D.C.

In downtown Jackson, the new museum is a block from the state capitol building, and takes some – but not all – of its cues from that neoclassical structure.

“We wanted the museum to be distinct and not match the architecture around it – it had to have its own identity and a strong story,” says Chris Garris, design principal at the firm. “The façade is terra cotta panels and the limestone is a light, whitish-gray. The capitol has more of a deep beige color to it.”

The architects did their due diligence in the community, by sending out hundreds of invitations to a number of design charrettes and public meetings. The result is a modern design that wraps eight galleries in a one-of-a-kind sheathing.

“We were looking at how to architecturally express it – we did a lot of visioning exercises and looked at photos of the day – the marches and the horrible acts with water cannons and other things,” he says. “That kind of informs some of this, especially the façade that’s weathered and worn and almost feels like it’s been hit.”

They folded that façade, which in turn leads to a passage turn that reveals a meditative area known as the “This Little Light of Mine” space. “That was the freedom riders’ song, and we created this contemplative gallery experience and named it after that,” he says. “It’s about what’s happened and that relates even today.”

This is a building like no other. It’s the only state-sponsored civil rights museum in the nation – and is the result of one of Republican Governor Hailey Barbour’s final acts in office. “He got the legislation passed to fund it,” he says.

For Mississippi, it’s a bold step forward that documents a time of severe conflict. “Barbour said that they weren’t going to hide the story anymore,” he says. “So we want to achieve through architecture the telling of that story of struggle and hope.”

Along with the new Museum of Mississippi, it opens tomorrow at 11 a.m. A free celebration is scheduled, with music, speakers, and food trucks. For more information, visit www.twomuseumsopening.com. 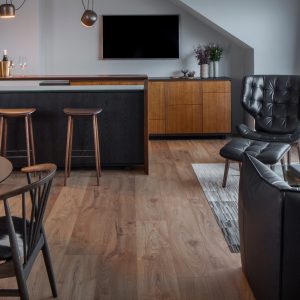 A pair of Icelandic architects, now transplanted to Los Angeles, has designed a new hotel for downtown Reykjavik. It’s...