The city of Houston, long known for its jam-packed freeways and ambitious skyline, is now returning to its bayou roots – thanks to a skillful landscape restoration by SWA.

Buffalo Bayou may be one of the reasons the city was established in Texas, but the park bearing its name had been a little down at the heels.

“It’s a river that runs through the heart of the city,” says Scott McCready, principal at SWA, the firm that worked with the Buffalo Bayou Partnership on the project. “There’s a park that’s persisted, but also suffering from issues like lack of access and facilities.”

The 160 acre park – 25 to 30 feet below grade of surrounding roadways – was also falling victim to frequent flooding. “It’s pretty normal around here,” he says. “Bayous by nature move laterally over time, and that’s accelerated by the river, and an unstable environment.”

Houston actually receives more rainfall than Seattle, though in more extreme events – usually big storms followed by long droughts in the summer. One of the results was that over time, many of the park’s trails had been covered in silt.

SWA’s landscape management solution is a series of flood “benches” that allow water to flow over the banks more easily and create places where silt can drop down. Workers come in later with equipment to scoop it out. “The silt can be reused – it’s very fertile,” he says.

That silt challenge resolved, SWA moved on to rethinking the trail system for biking, hiking and walking, dividing the bayou up into four segments for a broader range of users. “Before the pedestrian bridges were there, you’d come in and be committed to a two-to-three-hour journey,” he says. “Now you can come in for a half hour and a more limited exposure.”

The firm was interested in managing the ecology of the site as well, pulling up 50 percent of its mowed turf, and re-foresting it, planting meadows and tress for unused areas, and creating outdoor rooms.

The result is an new identity for Houston at the place where it got its start. “Now when someone calls it ‘Bayou City,’ you can see why,” he says. “It reshapes people’s experiences when they come here.”

Just to prove that a picture’s worth a thousand words, newly minted postcards of Houston depict a very green Buffalo Bayou Park in the foreground, and that famous skyline off in the distance.

The freeways may still be crowded, but now there’s green space that inspires the people who drive them. 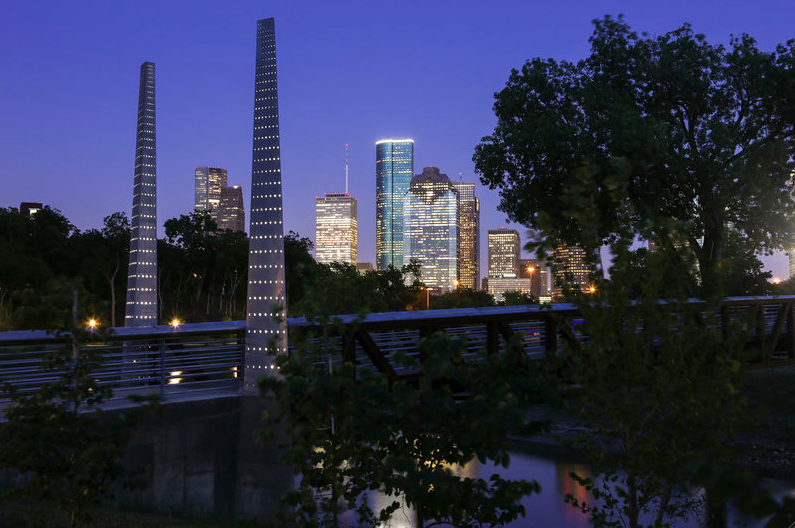 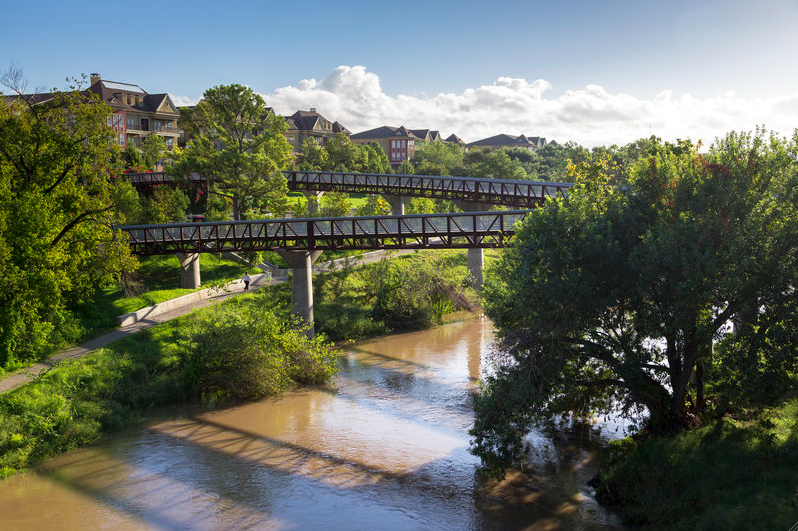 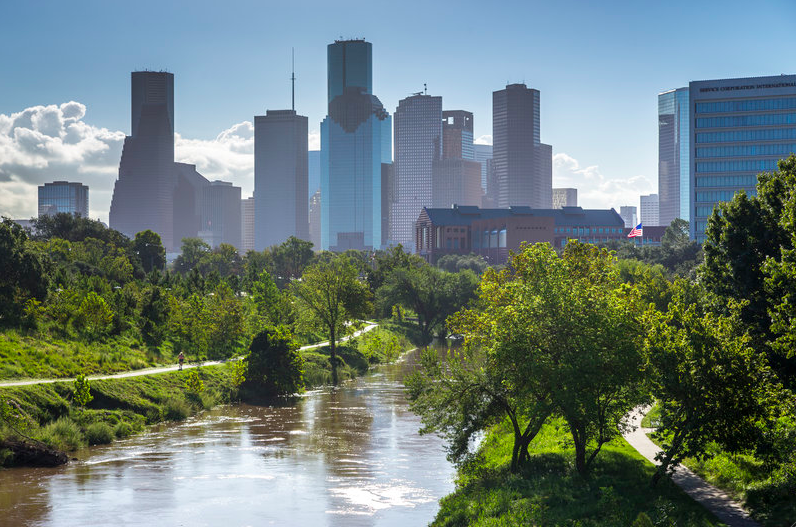 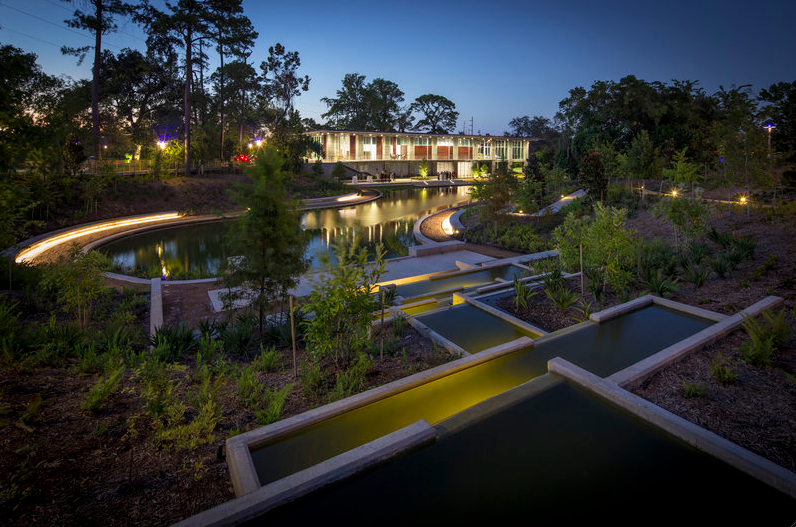 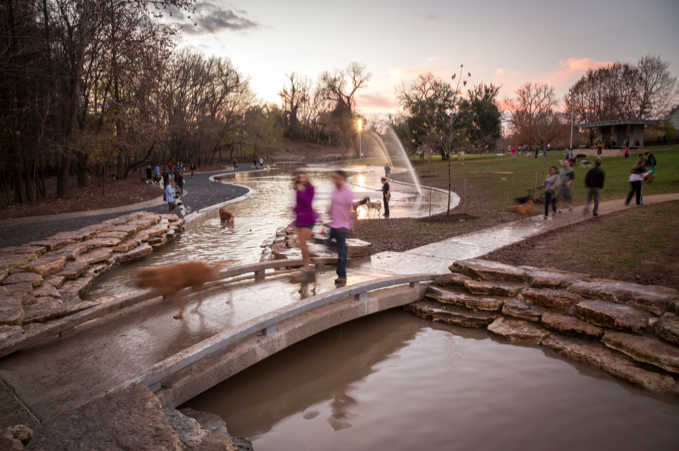 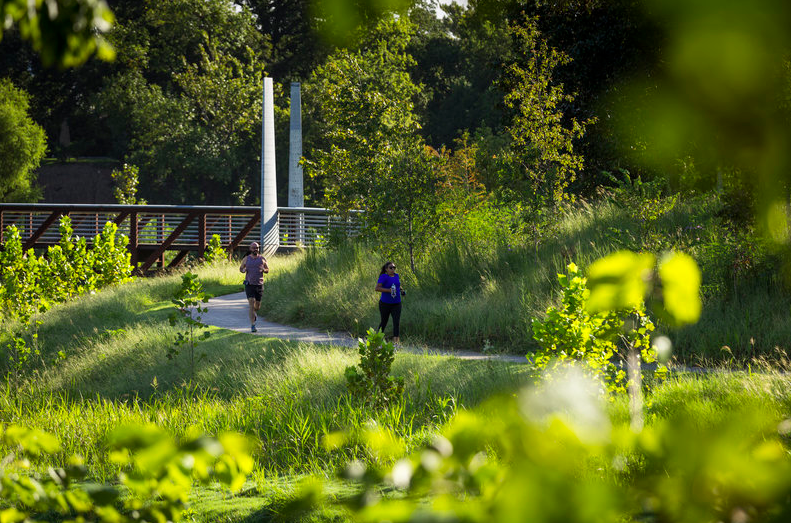 On Sunday: 'Drawing from Practice'

On Sunday: 'Drawing from Practice'

I'll be in New York for a panel discussion on drawing by hand with Peter Bohlin and Suchi Reddy, moderated by New York magazine's...