A noisy 3.5-kilometer stretch of the Autobahn that splits a section of west Hamburg from the rest of the city is about to receive the ultimate in noise abatement treatment.

The city-state’s parliament has elected to cover the six-to-eight-lane highway, set in a 40-foot valley, with a green, noise-controlling canopy.

“We’re going to put a lid on it and cover it up,” says Jennifer Wesche, Deputy Project Director of the Hamburg European Green Capital 2011 Team.  “We’ll set up green urban areas on top of it, with garden houses for gardeners.”

Parkways and garden allotments that were previously sited at noisy locations beside the motorway will be situated on the quiet green canopy.  At their original location, green urban housing estates will be erected.

“We’ll sell city-owned land to developers who will build apartment buildings and houses,” she says.

A7 is the longest German Autobahn, bisecting the country almost evenly between east and west. It starts at the northern border with Denmark, and ends in the south at the Austrian border.  The new, green corridor will run, with only a few interruptions, from Bahrenfeld in the east of the city to Schnelsen to the north, and re-connect districts that have been divided for 30 years, since the A7 motorway was built.

At a cost of 600 to 700 euros, the canopy is Germany’s biggest noise protection project of its kind, though several other German cities have comparable, though smaller canopies – however, these are considerably smaller in size.  Similar tunnels can be found in Munich, Berlin and Dusseldorf.

Development is scheduled to begin in 2012.

For more information, go to http://hamburggreencapital.eu/urban-development-living/ 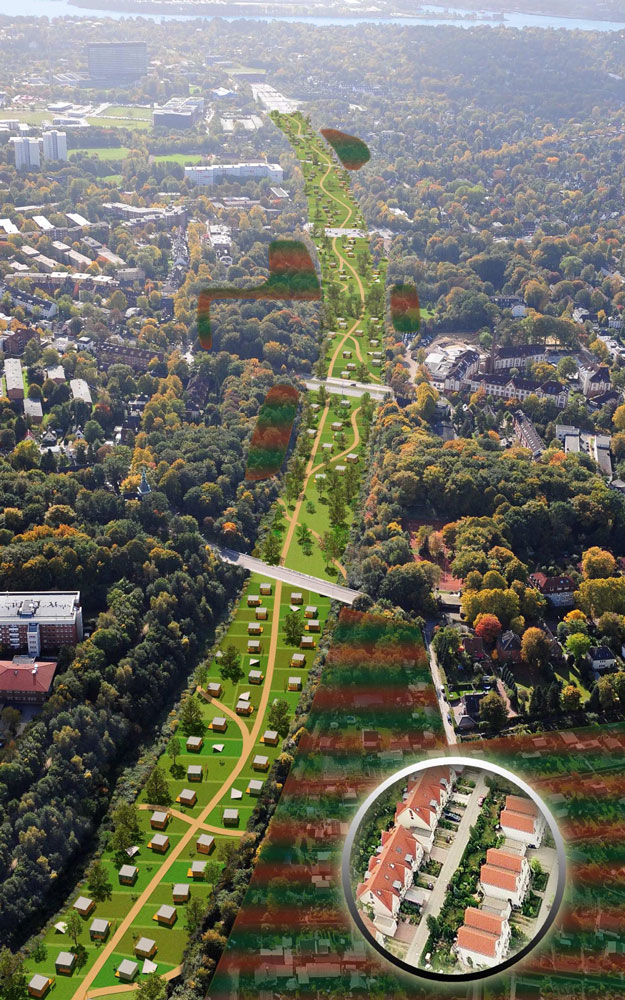 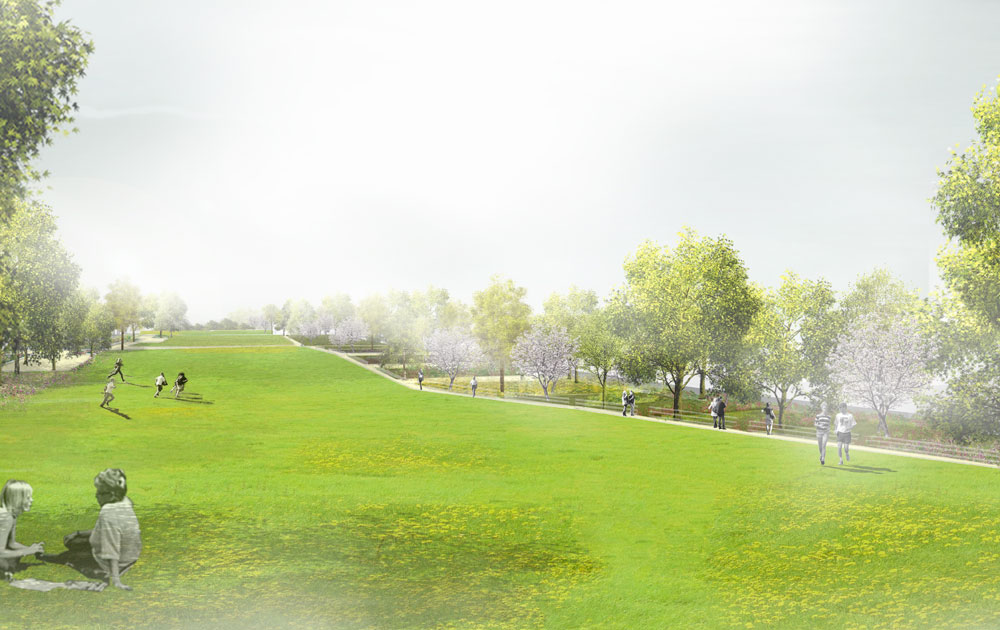 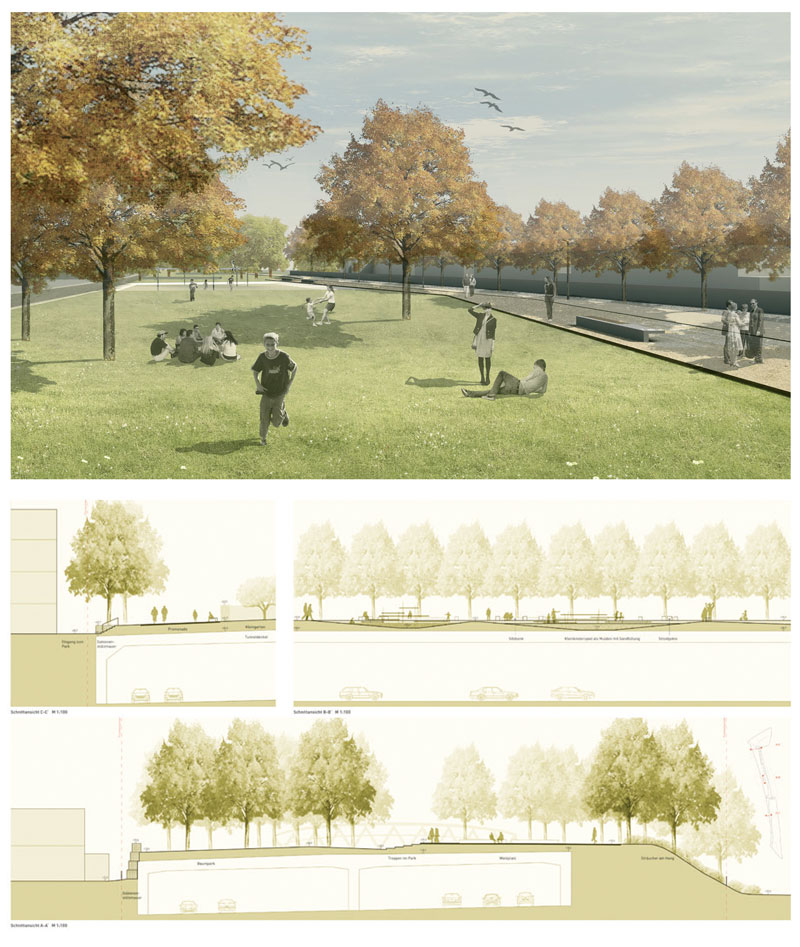 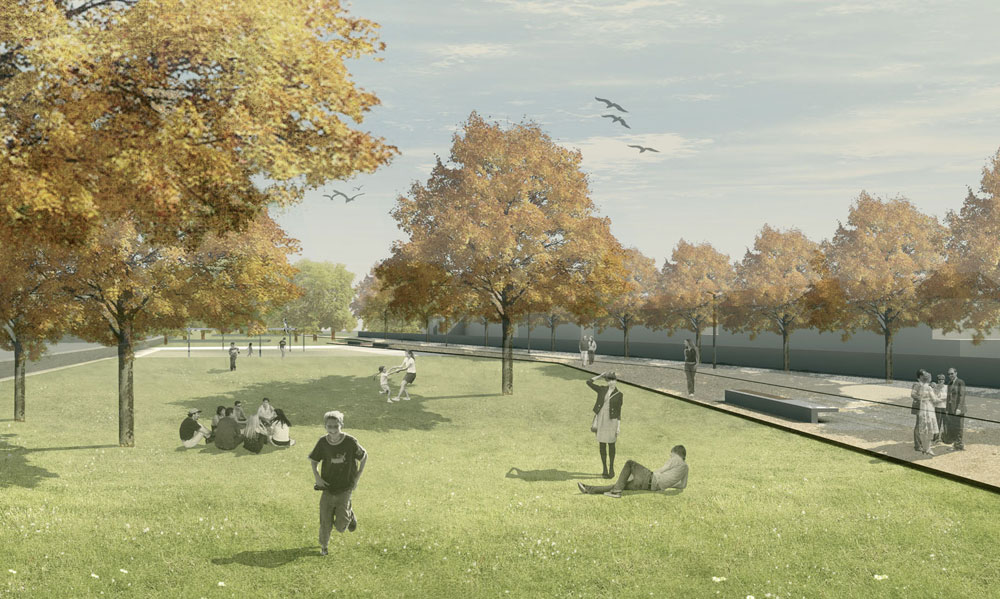 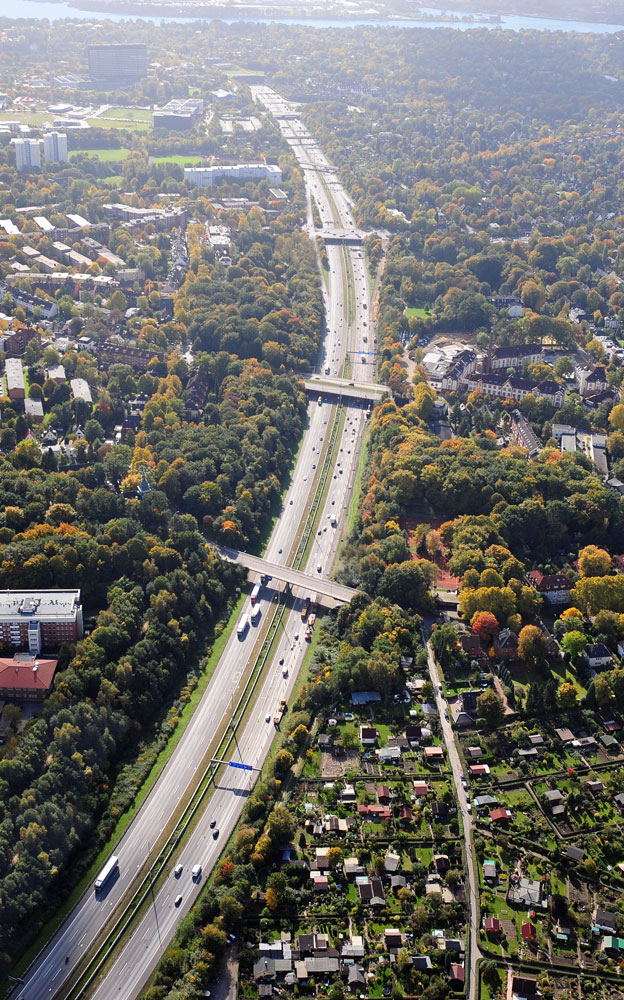 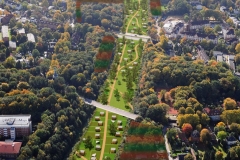 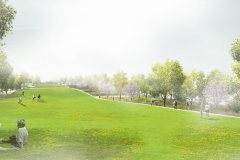 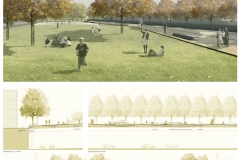 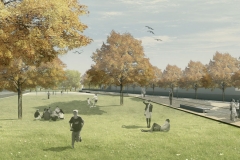 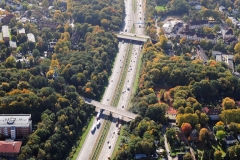 For the record, Thais Fontenelle believes in understanding the difference between art and design. “A design piece actually...