Leave it to photographer Paul Clemence to find one of the more intriguing churches in Washington, D.C. – a city known for cathedrals of all shapes and sizes.

He spotted the First Church of Christ, Scientist at 16th and Eye Street – on Black Lives Matter Plaza – and immediately started shooting.

The church, built in 2016, was part of an urban initiative by Chevy Chase-based developer JBG Company, which was constructing an office building next door.

“They hired Robert A.M. Stern, and then Cooper Carry as the architect of record,” says Mark Mathieson, who served on the church’s building committee. “The church was a beneficiary.”

The committee selected Kerns Group from Falls Church for its interior architecture.

Outside, it’s an essay in transparency that replaces a late 1960s concrete structure on site. “The old building was opaque, so people didn’t know what was inside,” he says.

Remarkably, the older building was landmarked by the city. “It wasn’t an obvious choice for landmark designation, but it was unique,” he says

So Stern was tasked not only with designing a church that’s sited at midblock, but with persuading the city to take the old one out of landmark status, then building a new church with an office building next to it.

And there was the limit on height. “No building can be taller than the Capitol,” he says.

Now the church not only reaches out, but up as well. “It’s a façade with four peaks, and the highest is on the northern side,” he says. “It’s a kind of Gothic approach that came from Stern, arching up to the highest peak.”

Its design offers a steeple-like quality – and the transparency the committee wanted. “When we have services on Wednesday night people can see them going on,” he says.

And thanks to Clemence, today it’s opened up to a wider audience. 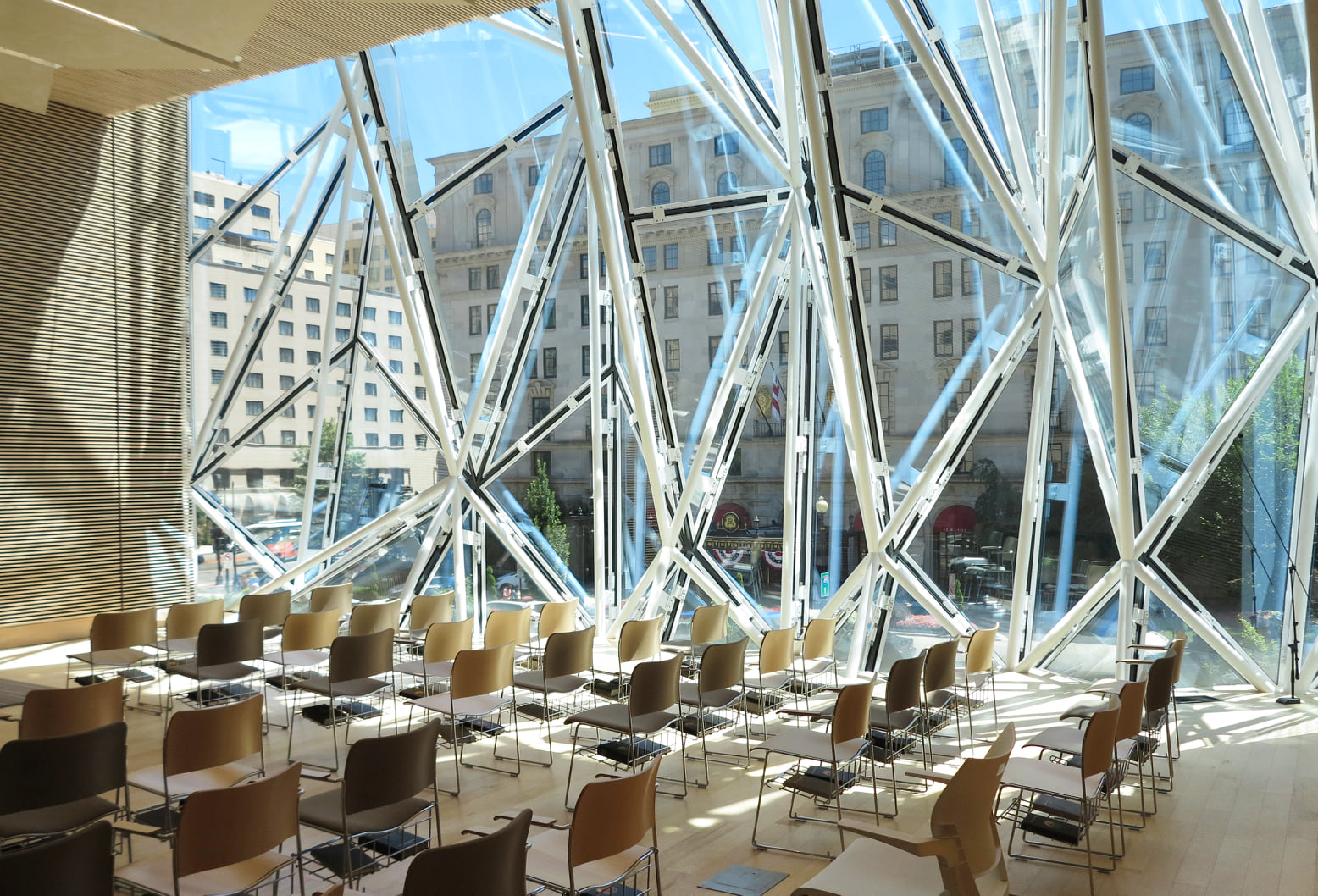 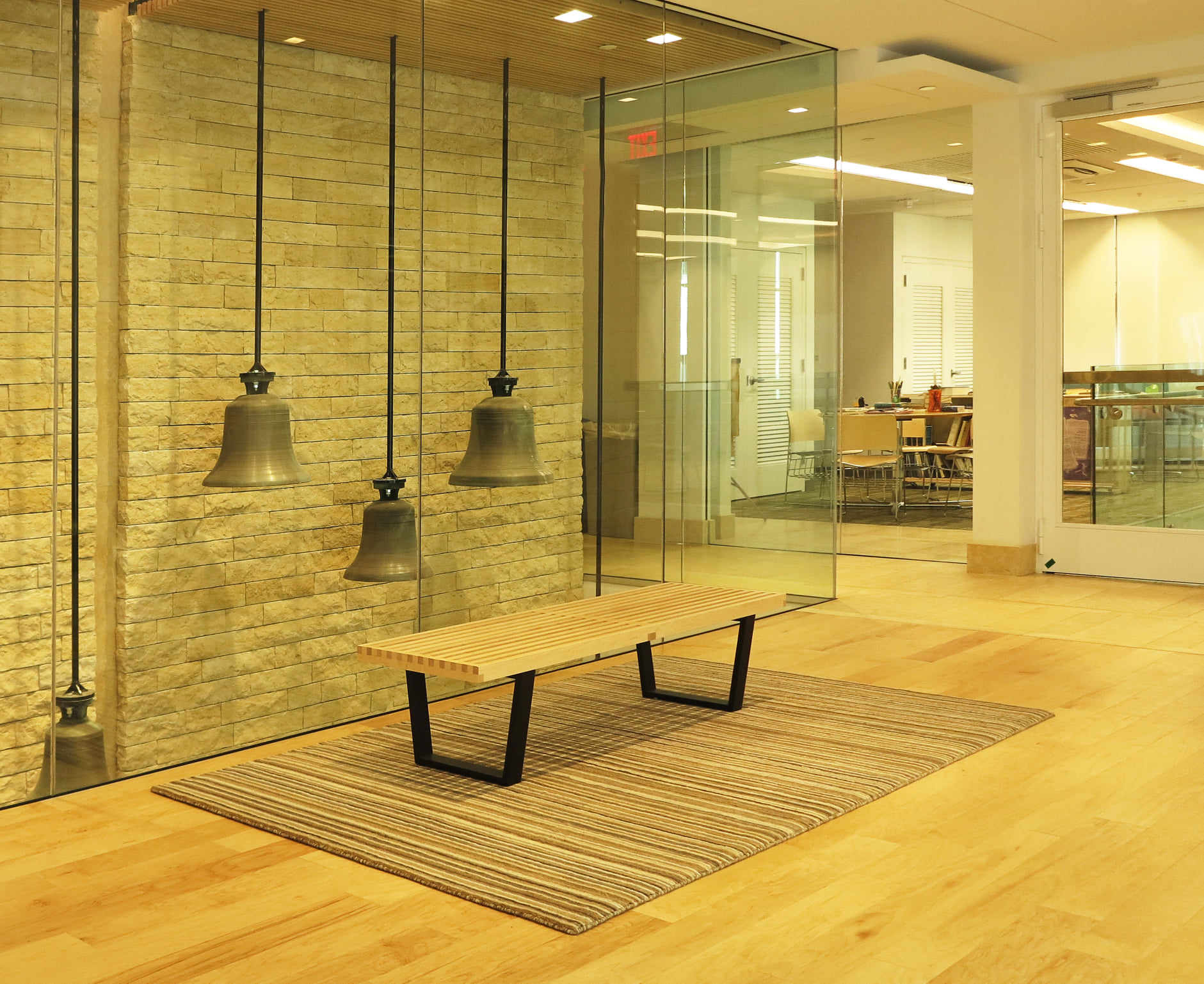 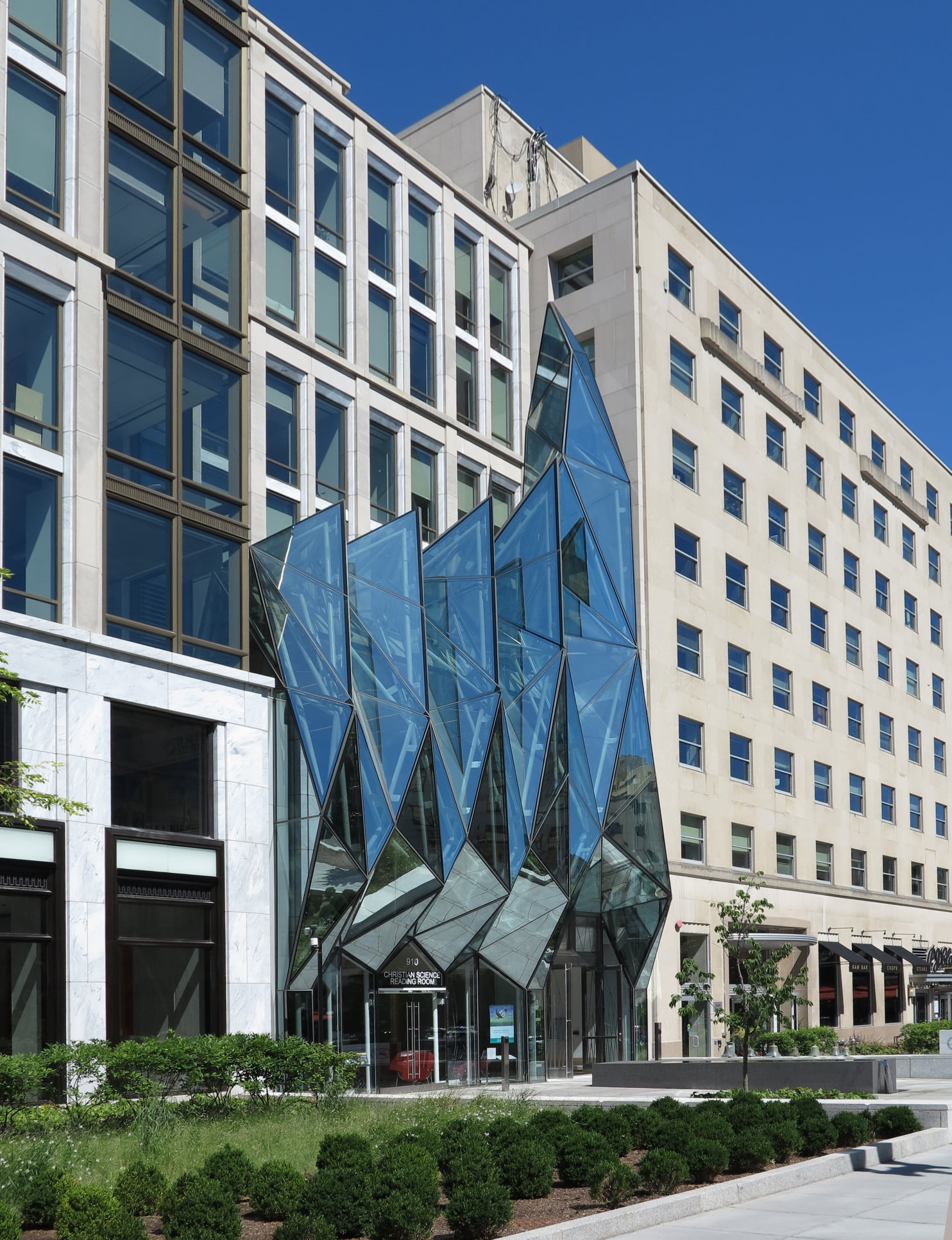 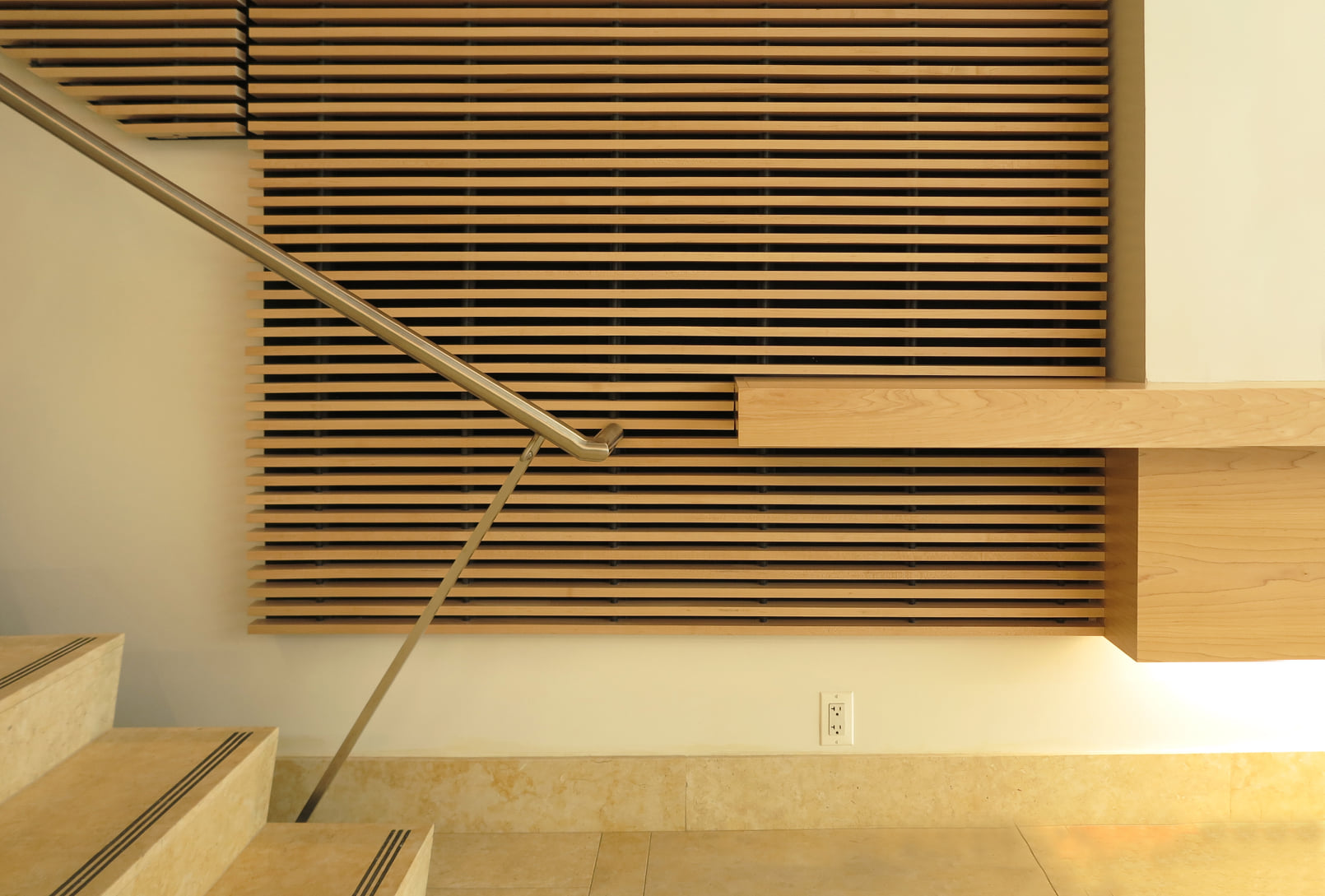 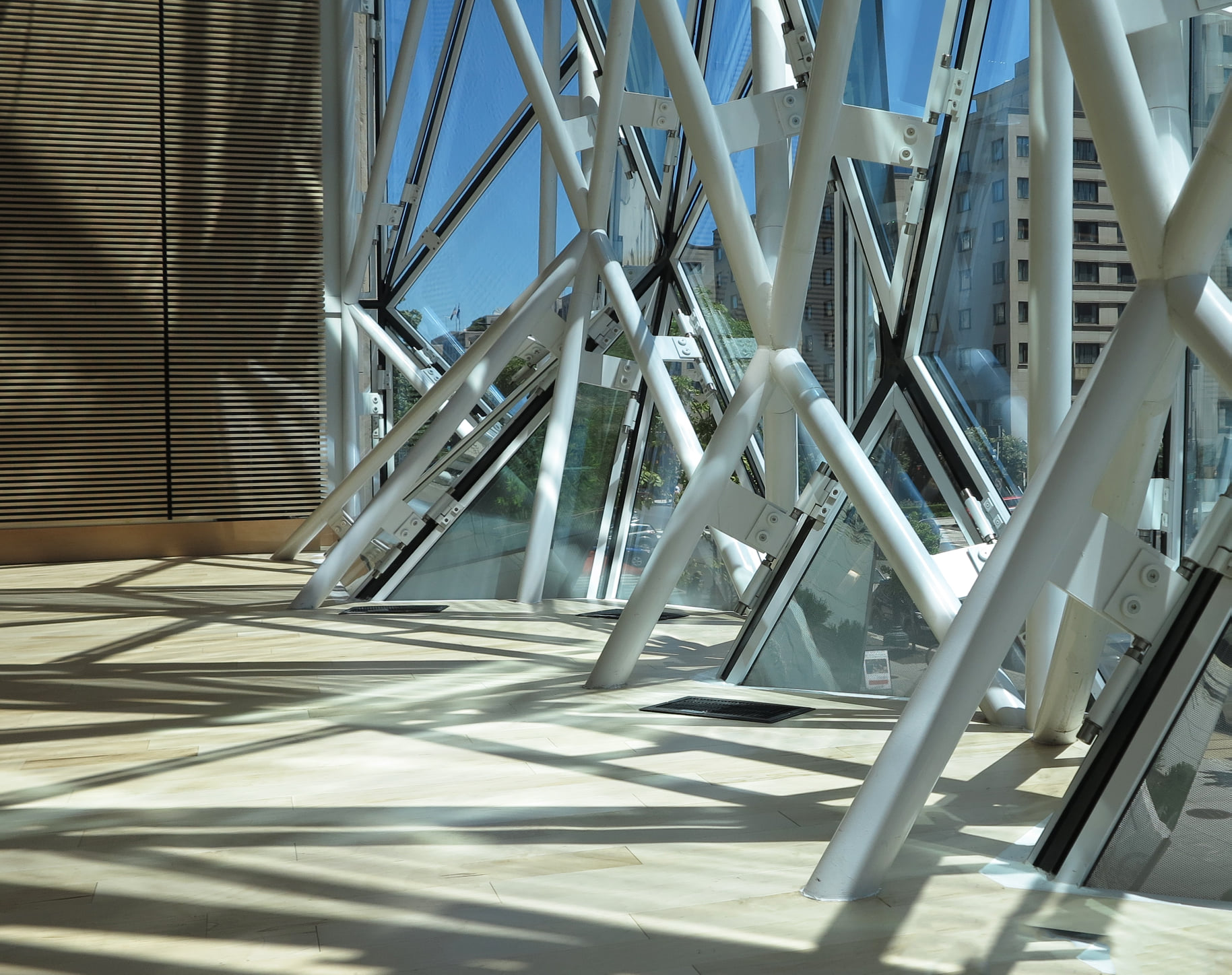 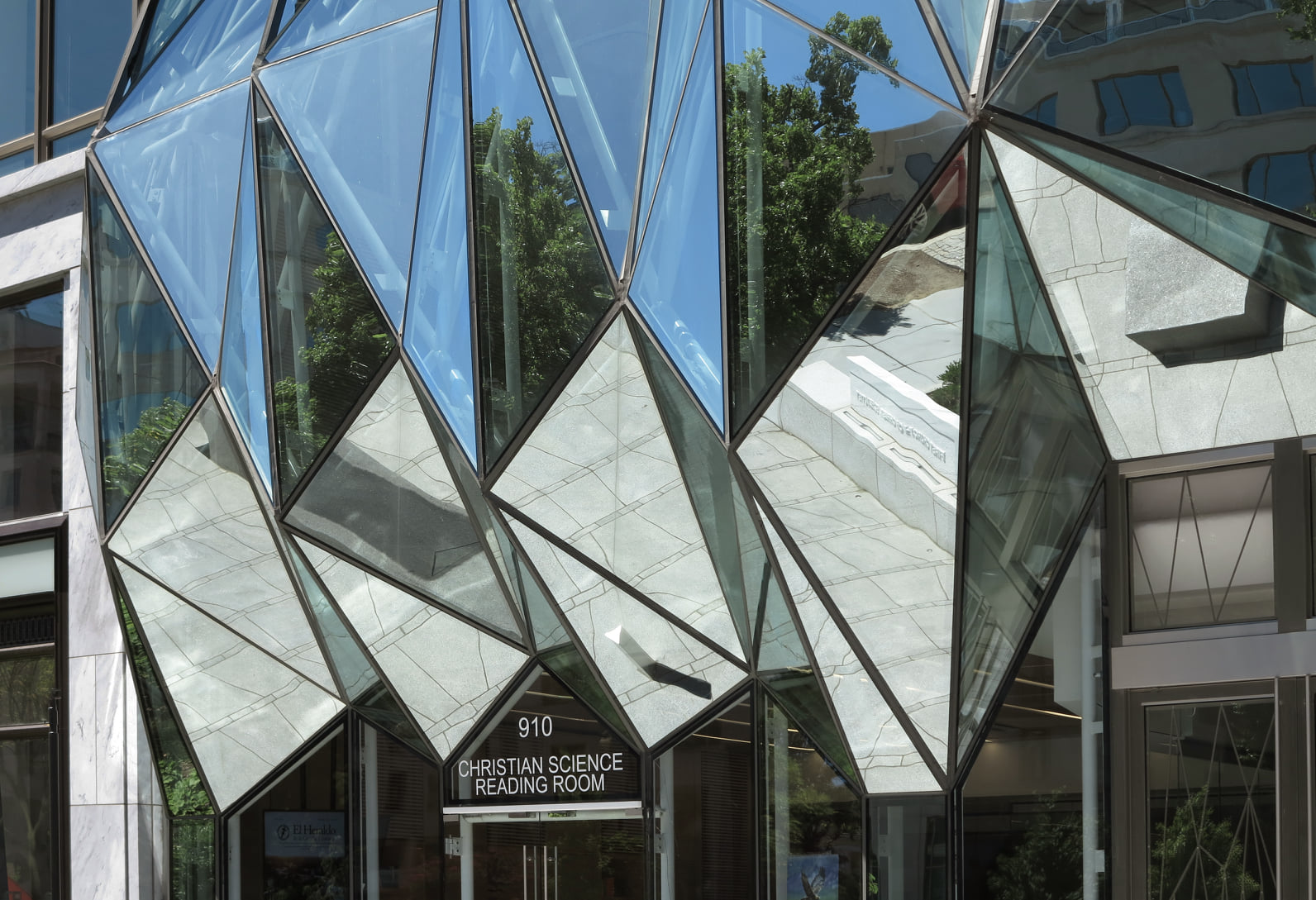 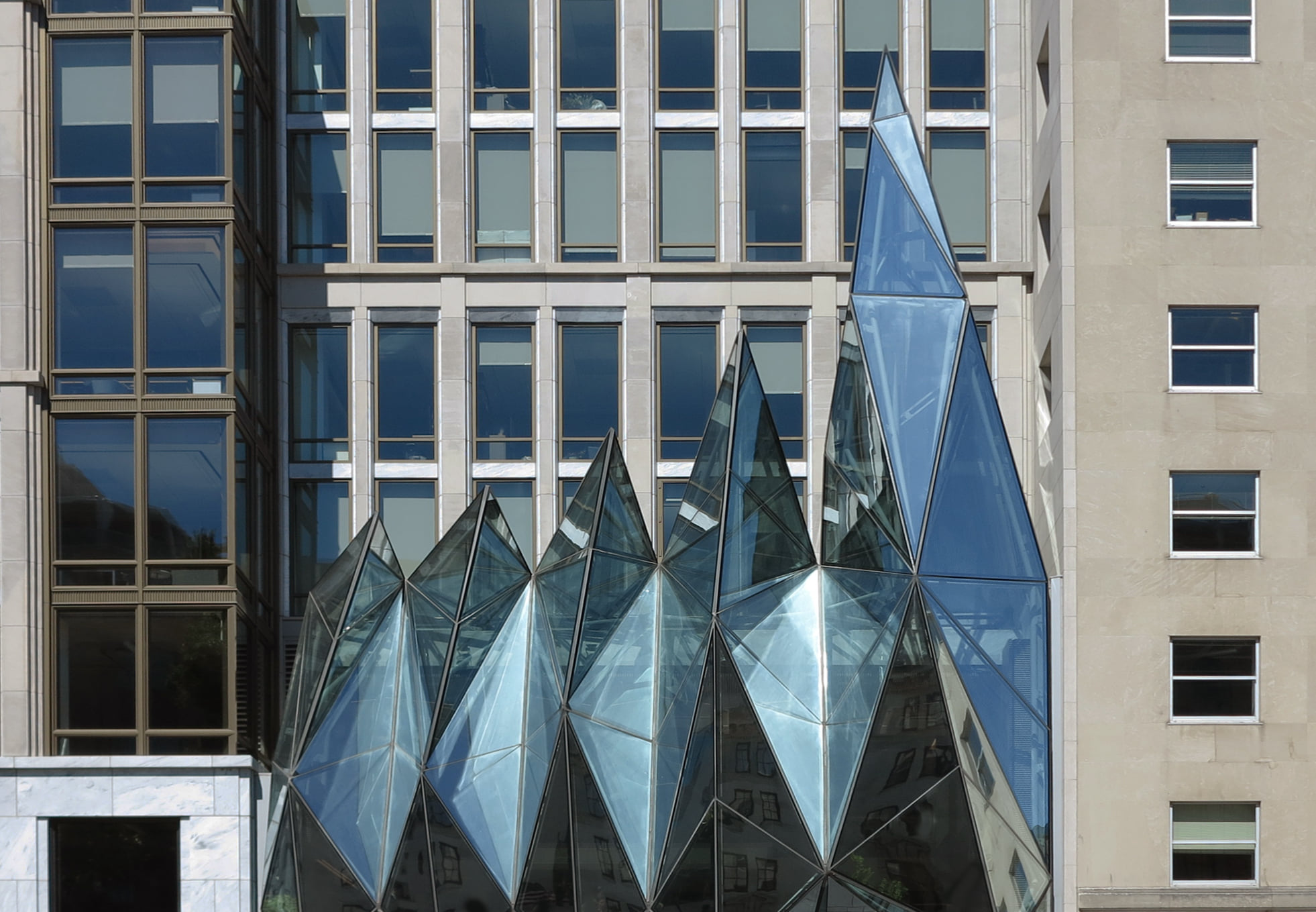 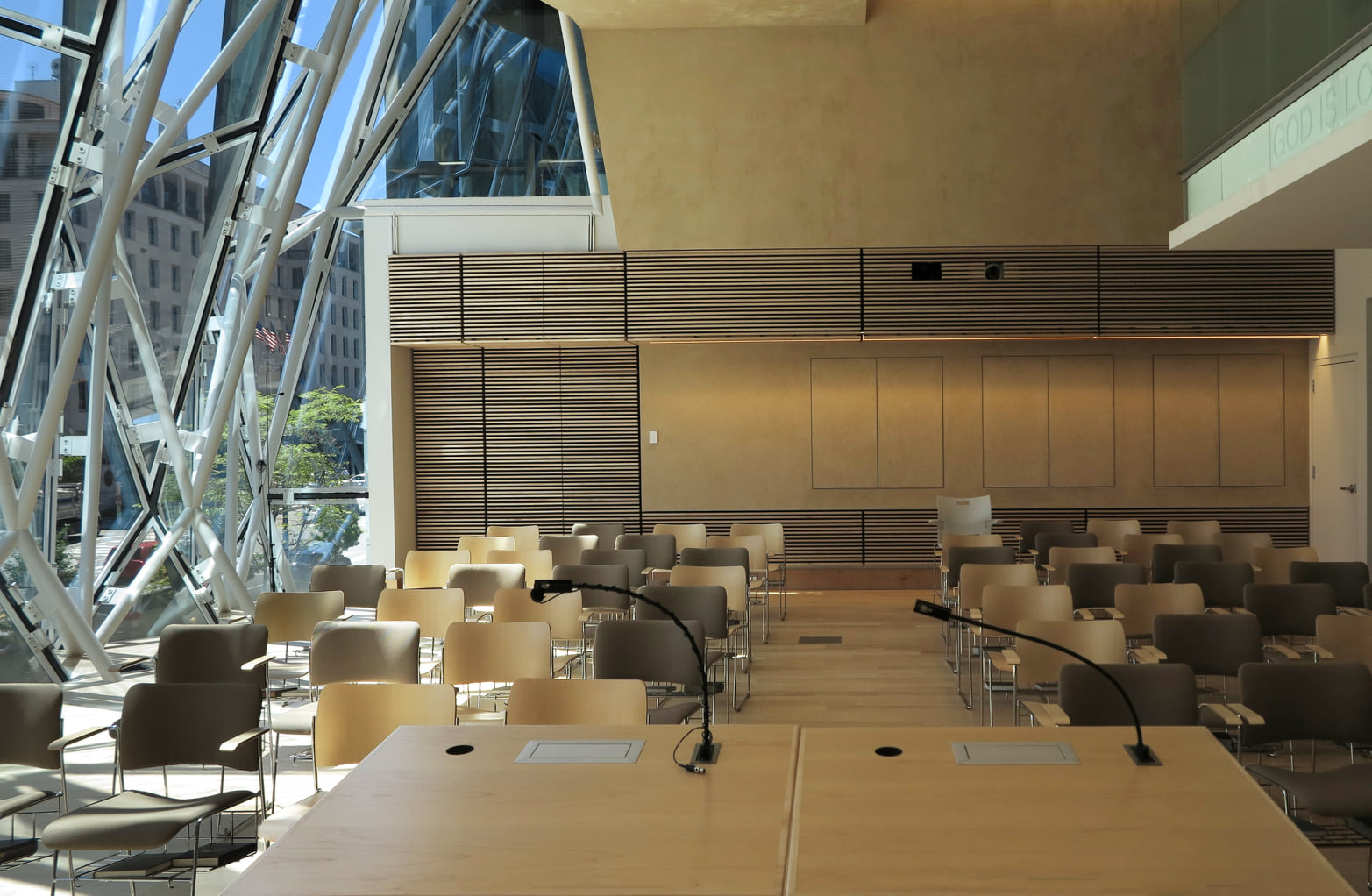 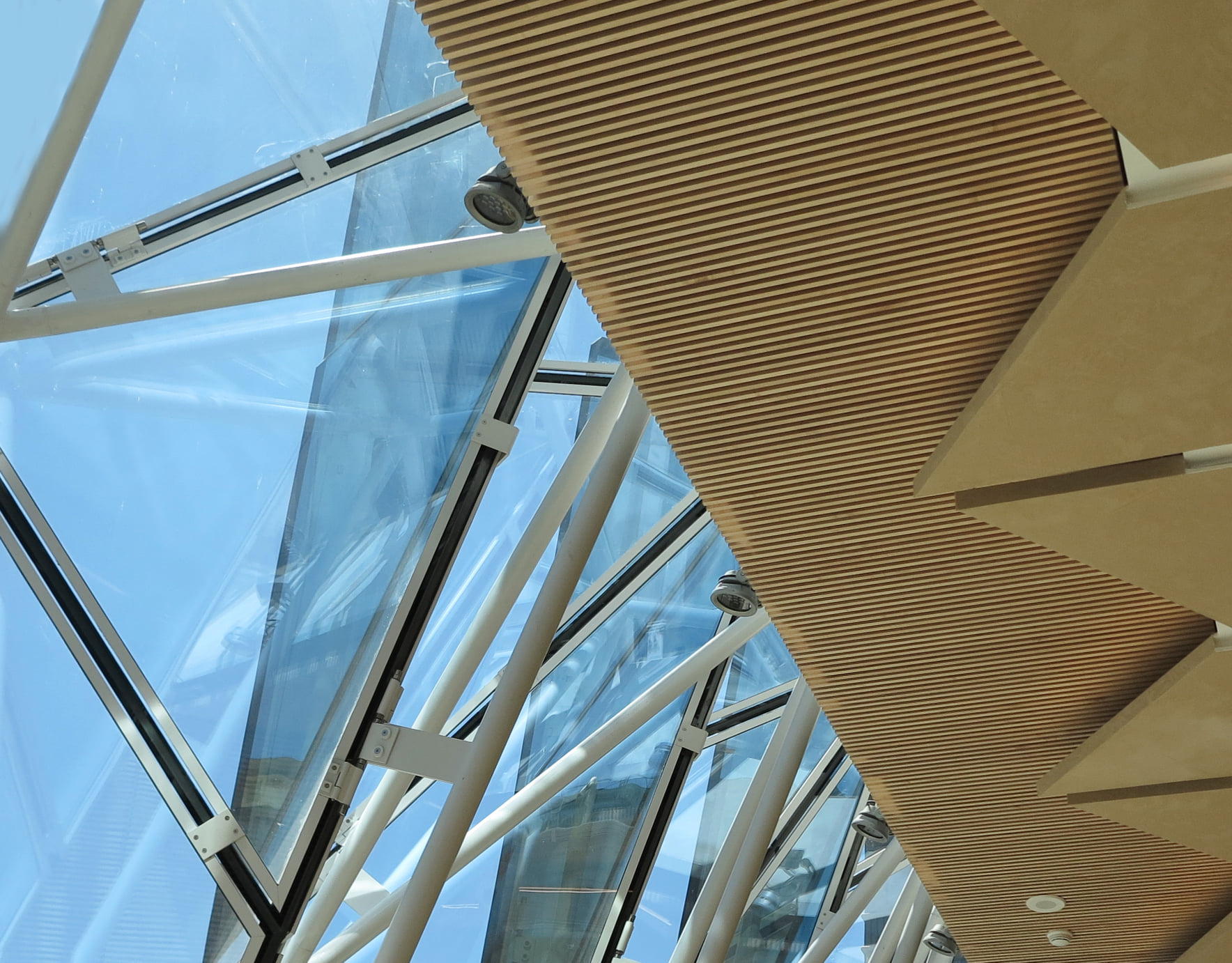 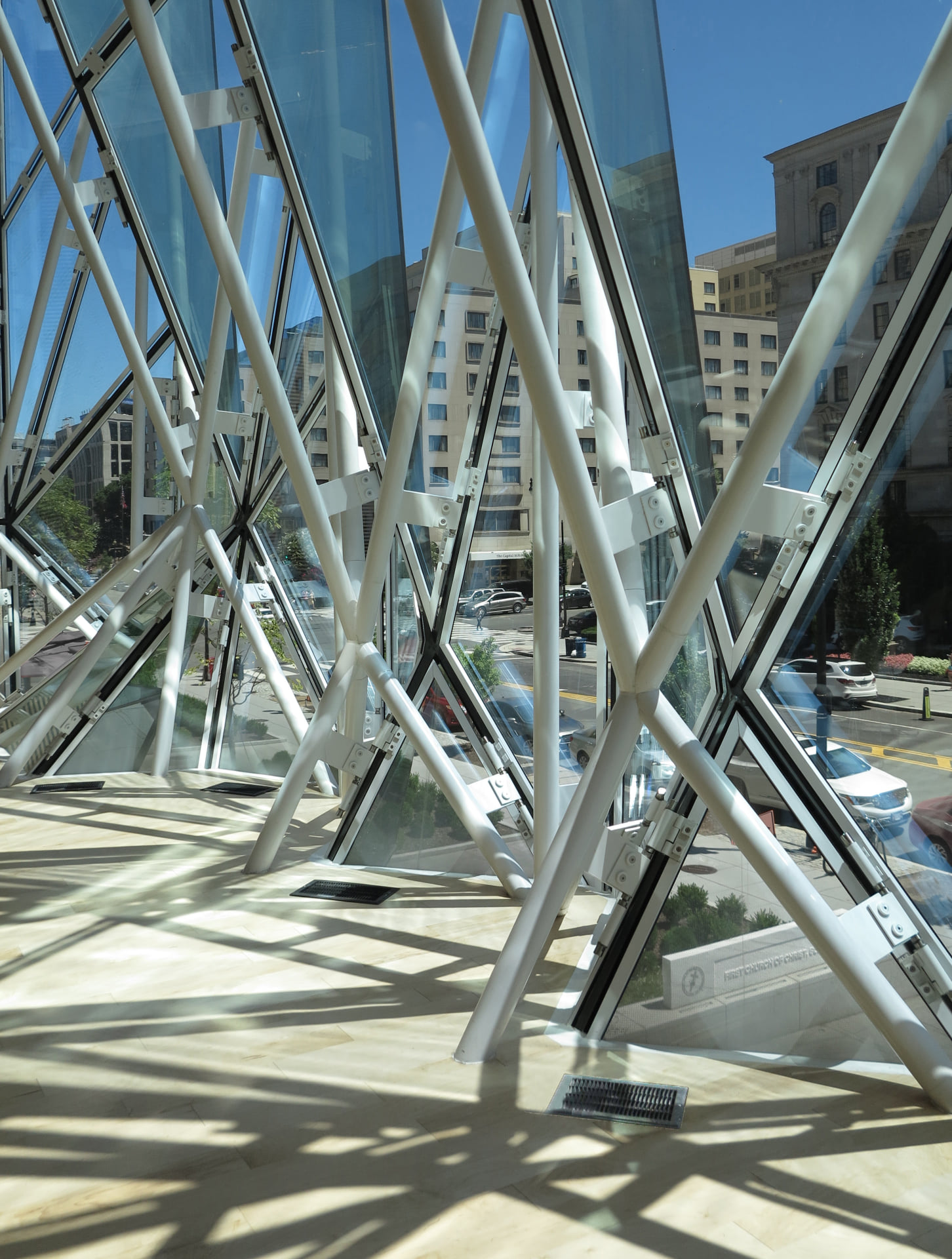 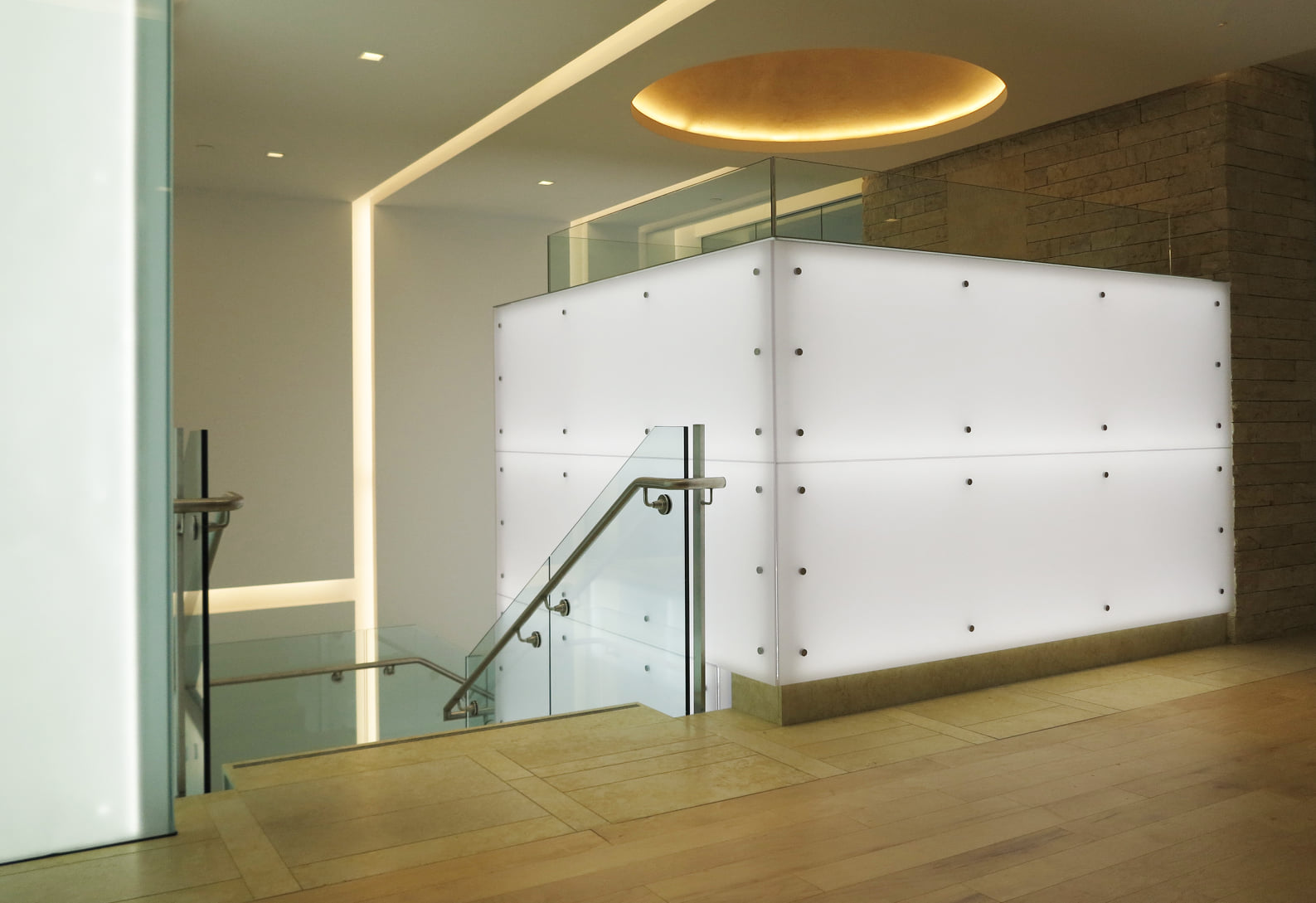 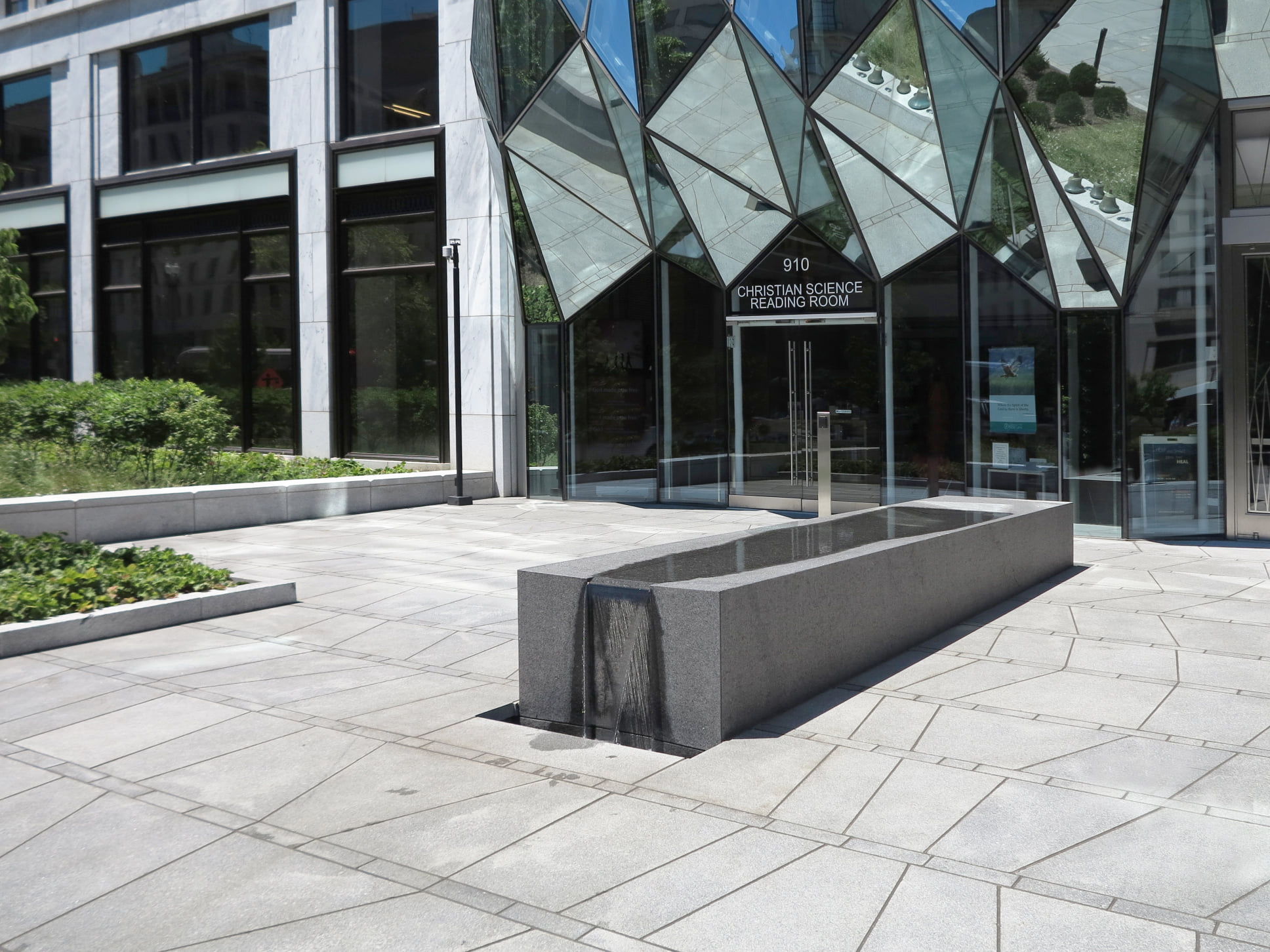 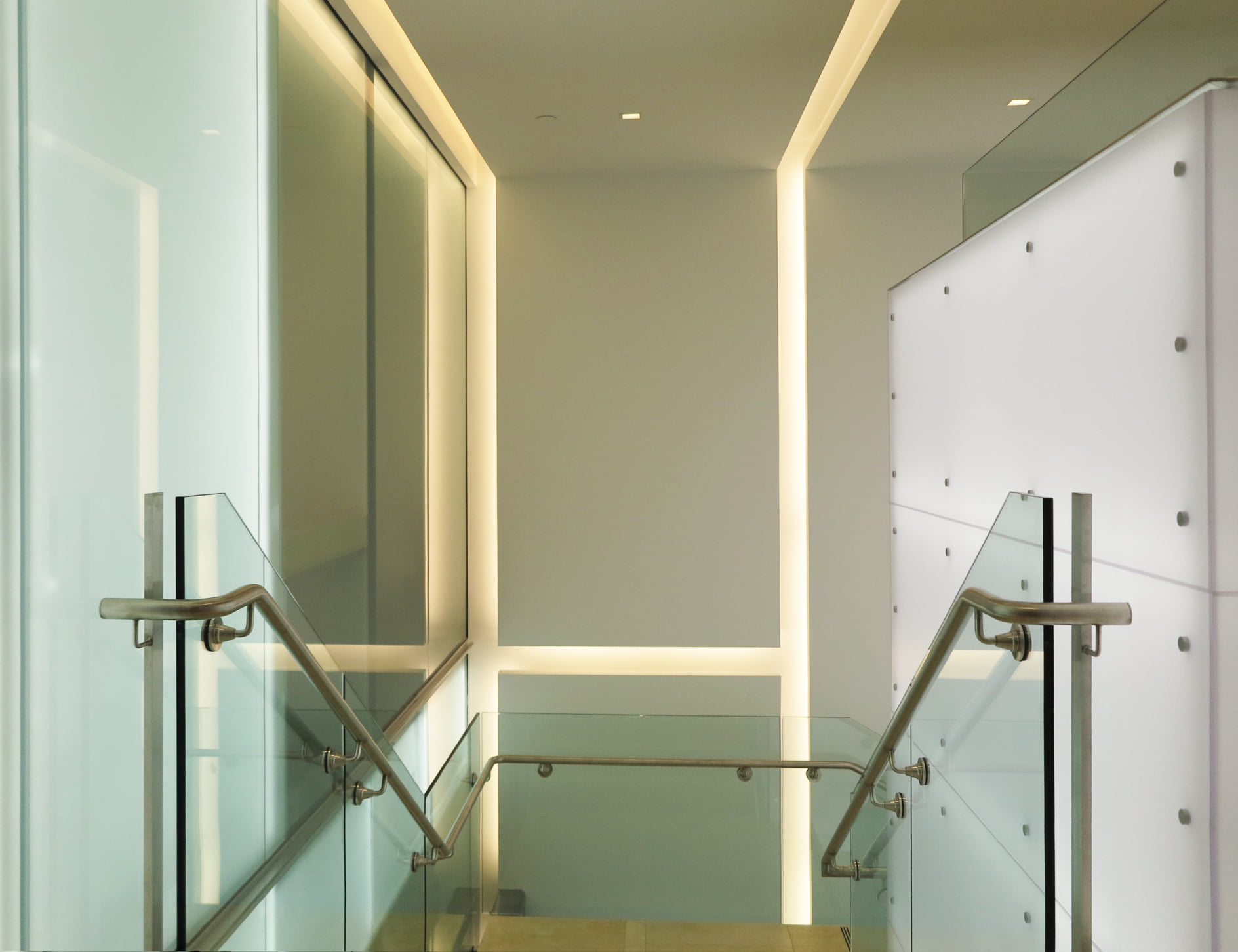 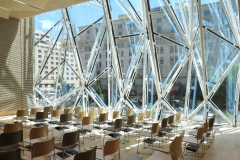 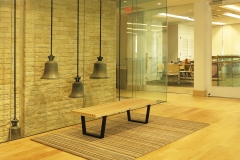 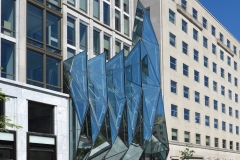 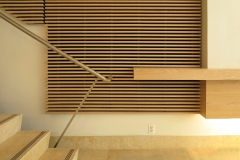 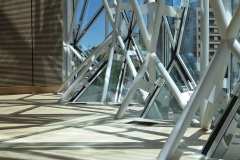 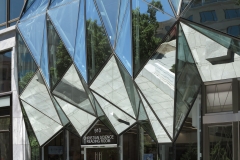 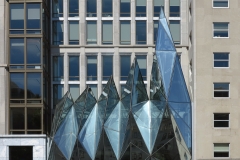 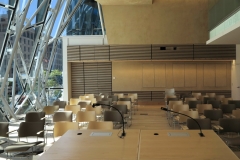 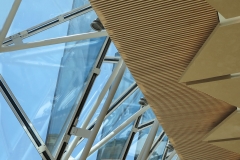 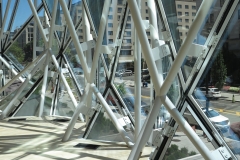 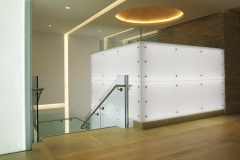 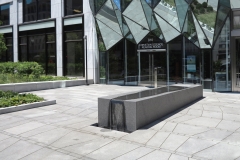 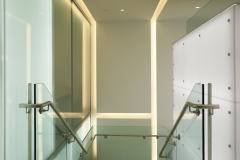 Photographer Max Hirshfield sent a note to say: “Wanted to point out that the prior building and church on the same site was an inspired minimalist design by I.M. Pei, not surprisingly a beautiful response to a mid-city corner in a city overrun by sameness. Your readers should know about greed vs. architectural integrity. 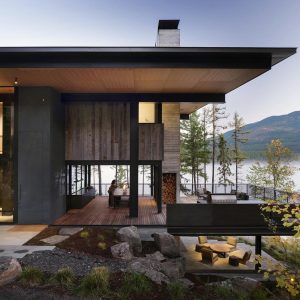