I was fortunate enough to be a guest at Ian Schrager’s new PUBLIC hotel in the heart of Chicago’s Gold Coast recently, and to sit down with the man who conceived and launched the Mondrian Hotel in Los Angeles, the Delano Hotel in Miami Beach and the Gramercy Park Hotel in Manhattan, among others.

PUBLIC marks a fork in the road for Schrager and his concept for the future of the hospitality industry.  Where he once defined the era of high-end, luxury boutique hotels, beginning with the opening of his first Morgans Hotel in Manhattan in 1984, he’s now creating a new reality for the industry.

“In my younger days, I thought having a brand meant selling out, and I just couldn’t sell out,” Schrager told me.  “Before, the hotels were elitist and exclusive.  But now, the PUBLIC brand is accessible and sensible for everyone.  This is important: it makes sophistication and luxury available at an affordable price.”

The 285-room PUBLIC is in fact the reincarnation of the classic 1926 Ambassador East, where Frank Sinatra, Marilyn Monroe and Elizabeth Taylor once graced its Pump Room, now impeccably restored.  Schrager purchased the property 18 months ago, spent nine months planning its renovation and another nine executing those plans.  As Bernard Baruch once said, it’s a wise man who buys when everyone else is selling, and sells when everyone else is buying.

The result of Schrager’s fast-track renovation is a property that’s at once elegant and economical.  Its interiors eschew the modernist trends and move toward a residential, home-like feel.   “The building is trying not to be hip,” he says.  “It’s more important to be smart than to be hip.  Here, we’ve jettisoned the notion of good design, of being too severe, too zealous and too overdesigned.  This is about good, old-fashioned taste and simplicity.”

And with rooms starting at $135 per night, it’s a hotel for its time.  Look for more in the future. 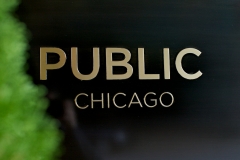 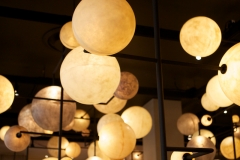 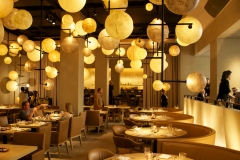 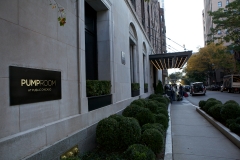 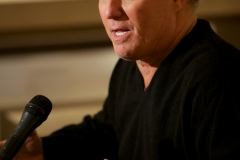 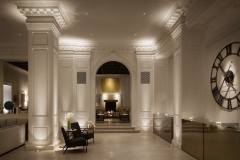 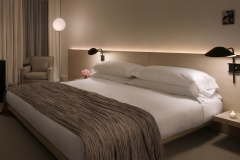 When Bruce Brookes Pfeiffer first read about Frank Lloyd Wright in an August 12, 1946 issue of LIFE magazine, the 16-year-old knew...