The architecture firm that ushered in the New South to Atlanta’s Peachtree Street – not once, but twice – has just added a new icon to Charlotte’s downtown.

Catty-cornered from Phil Freelon’s Harvey Gantt Center, down the street from Mario Botta’s Bechtler Museum and alongside the Duke Energy Center by Tvsdesign, 615 South College was designed by John Portman & Associates.

“One of the really cool things about cities is that they’re collections of objects – they can be seen as individuals or a chorus of pieces,” says Gordon Beckman, design director, senior vice president, and partner at Portman. “They’re like a church choir – not everybody sings well, but put them together and they sing great.”

The 18-story 615 South College soon will be singing duet with its partner, the 25-story Westin Hotel, completed by Portman in 2003. “There’s a dialog between the Westin and this project,” he says. “Here there’s an opportunity to transform a single use project into a dual-use project and to use today’s technology to reinforce who and what we are.”

When the Westin was built, its parking deck was reinforced with columns to accommodate a new high-rise sometime down the road. “The columns push inward – so the new building’s terrace notches came out of that idea and are reflective of the notches in the Westin,” he says. “Each terrace floor provides outdoor space for the offices inside.”

Not that all the spaces inside need them. Each 25,000 square-foot floor plate is clad in floor-to-ceiling, 10-foot-high glass for dramatic, 360-degree views of downtown Charlotte’s skyline.

“This is taking the technology of today and making a new working environment – it’s all about the people and how they use the space in which they work,” he says. “The terraces give a connection visually and physically to the city, and they form an image on the skyline.”

Simple in form and notched for an iconic reference, it’s a bold addition to a growing cityscape. 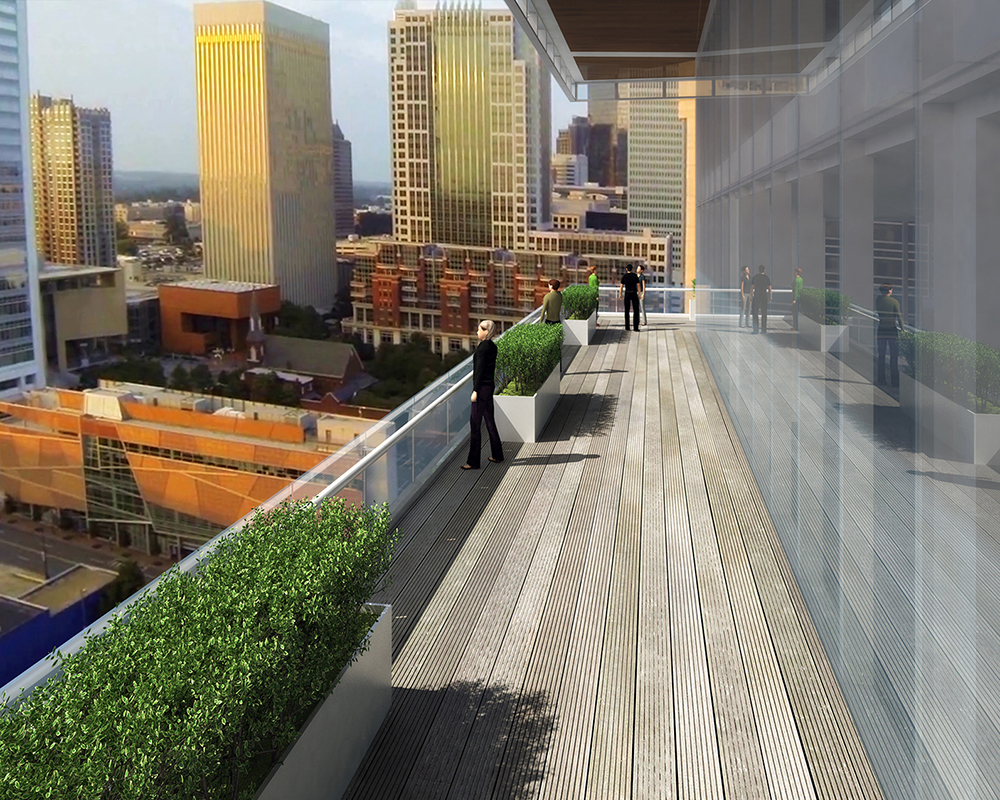 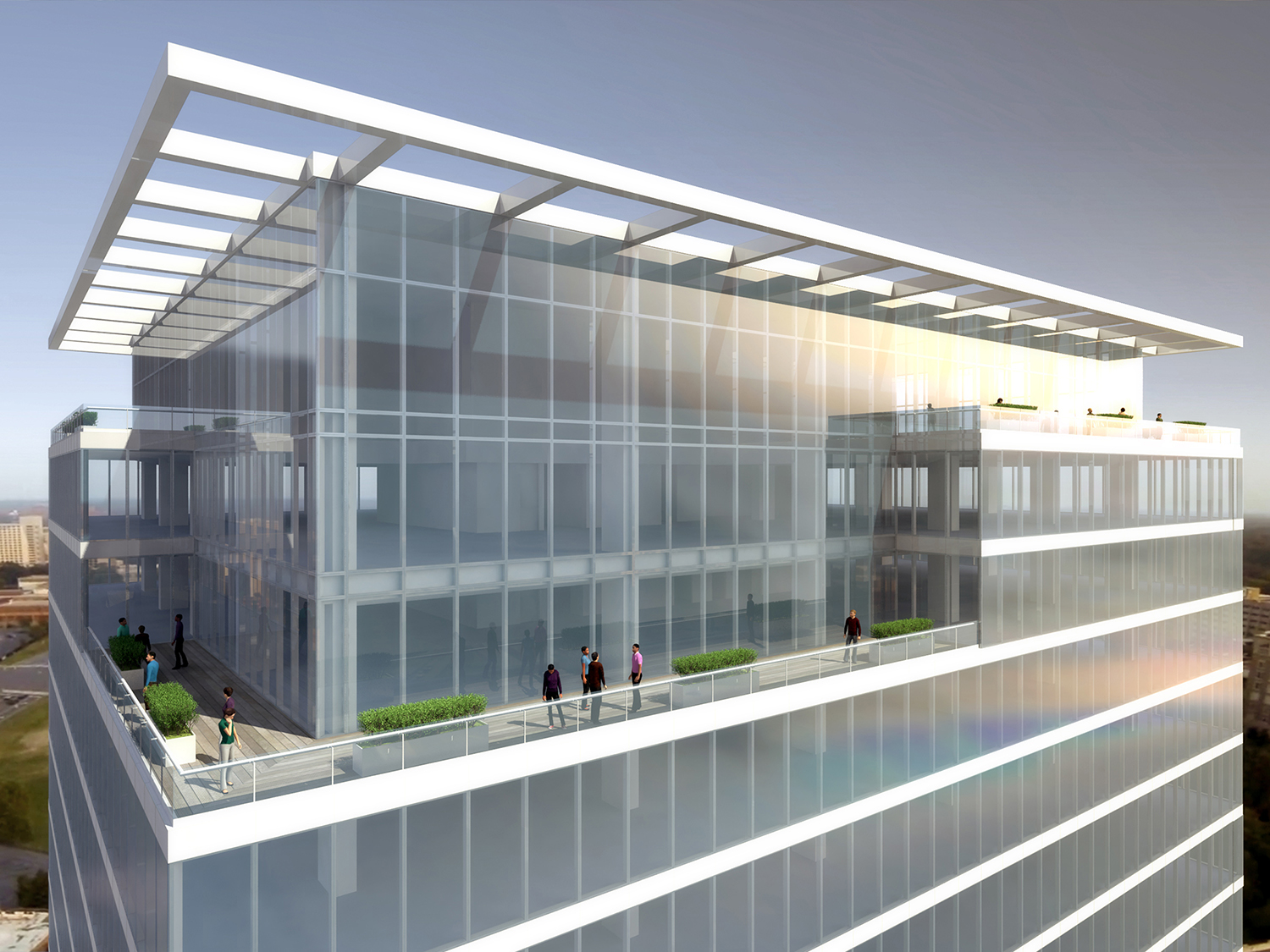 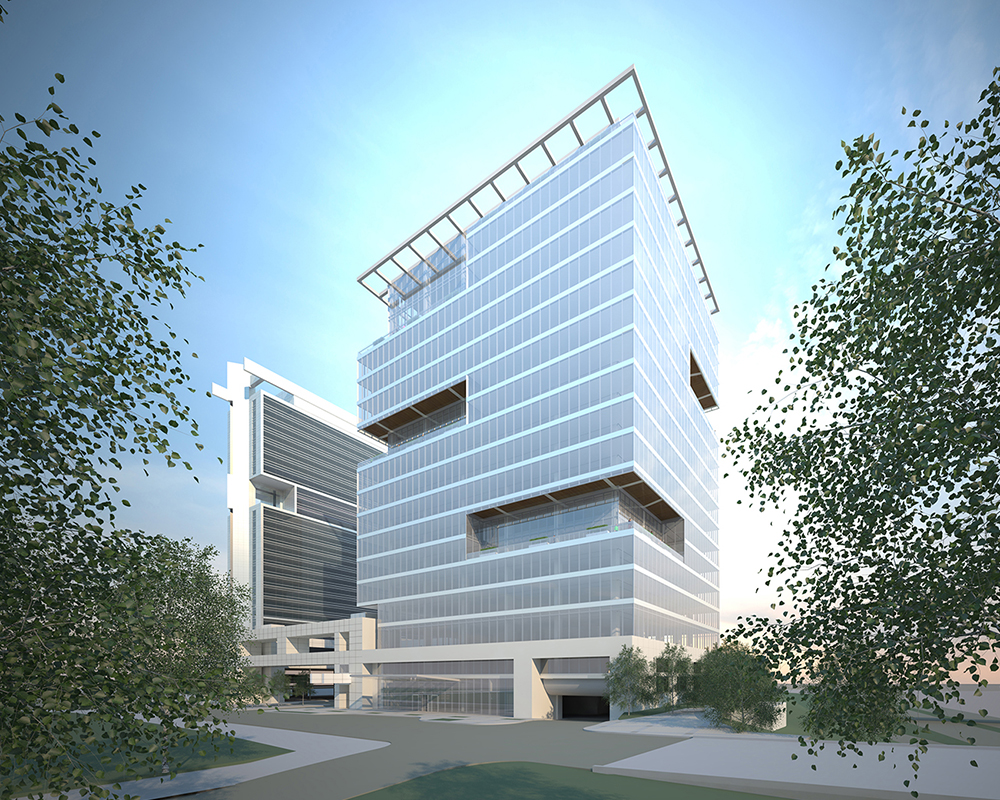 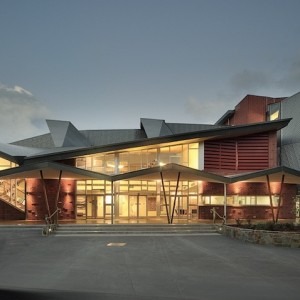