In Carolina, Marrying Program to Site

In September 2014, we posted a piece about a Clark Nexsen project near the Outer Banks of North Carolina, for a UNC group that studying the coast. It’s well worth a re-read today:

It’s a sensitive solution to a 21st-century challenge.

Near North Carolina’s Outer Banks, architects at Clark Nexsen have carefully sited two new structures to house an institute dedicated to studying the fragile Carolina coastline. In essence, the designers sought to marry the client’s program of studies to its site.

The buildings overlook Croatan Sound in Dare County, on pristine Roanoke Island. A 51,000 square-foot, three-story research center is lifted up on concrete piers in much the same way that nearby cottages rise on wooden posts. All levels open up to surrounding vistas, and the structure’s height matches that of a nearby maritime forest.

“We were trying to respect the landscape in a functional and sustainable way,” says project architect Don Kranbuehl. “At the same time we wanted to preserve the beauty of the site by capturing the views throughout the building and under it as well.”

The buildings are the first two of three, created in a master plan for the UNC Coastal Studies Institute. This is a client that’s all about research, education and outreach regarding the Carolina coast – not just at the college level, but for K-12 and the community as well. The institute is intent on studying and communicating the cultural, economic and environmental impact of the Carolina maritime counties.

At the 12,000 square-foot maritime center, kayakers and boaters seeking to explore the sound and the ocean can access them from a 12-berth marina and a recently dredged canal.

That canal played a role in the research center’s siting, inspiring a bend in the form of the building that matches waterway. “You can view the setting sun down that canal, where the horizon blurs between views of the land and sky,” he says.

It’s all earned LEED-Gold status, with re-purposed rainwater, and wastewater and storm water that’s treated on site. It also uses a geothermal heat pump system that borrows from the island’s untreated well water. “We tapped into the water line for a heat exchanger that uses the thermal properties of the well water,” he says. “It didn’t require any new well that would tap into the Roanoke Island aquifer.”

Materials are simple and quiet: steel, cedar, maple, and one-eighth-inch cable. “We were trying to combine clean, transparent and practical materials that provide views from the building,” he says.

Completed in 2013 with local partners Cahoon & Kasten, the research center was recently awarded the International Architecture Award for Best New Global Design (2014) by The Chicago Athenaeum Museum of Architecture and Design and the European Centre for Architecture Art Design and Urban Studies.

It’s in good company: also among those honored were projects by Tadao Ando, Zaha Hadid and Bohlin Cywinski Jackson.

The third piece of the institute’s master plan – a series of housing units for researchers and students – has been approved by the state and is awaiting funding. 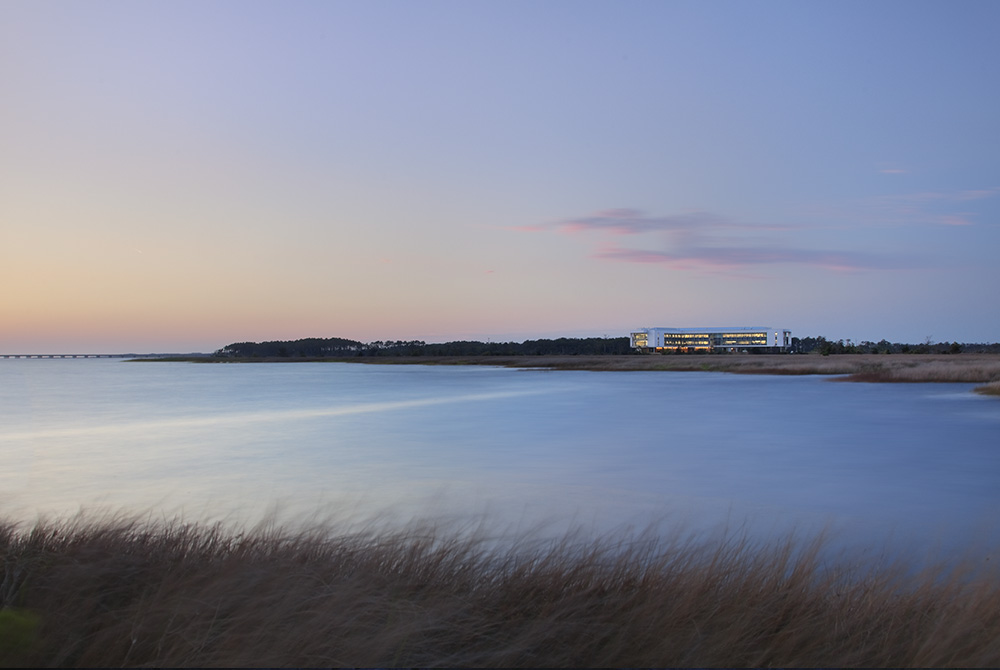 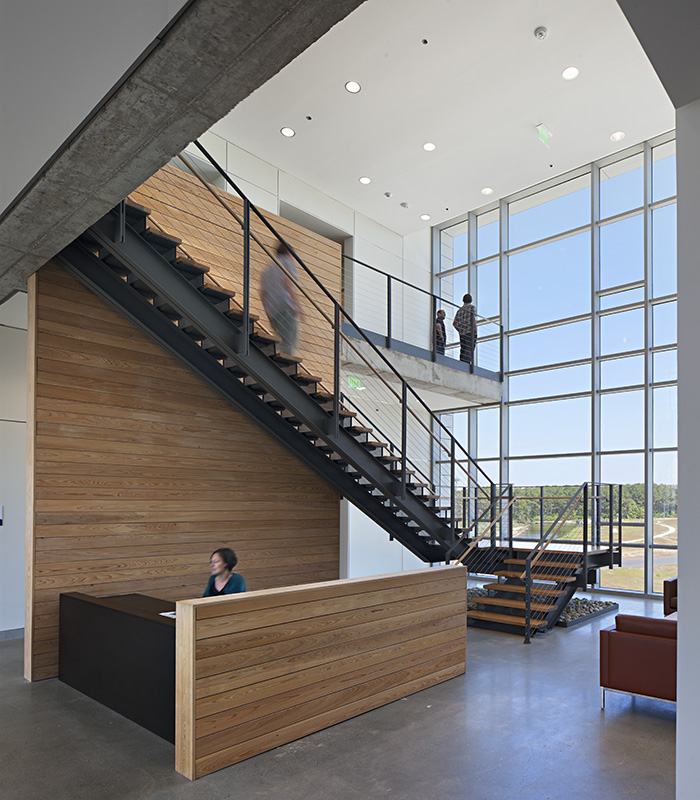 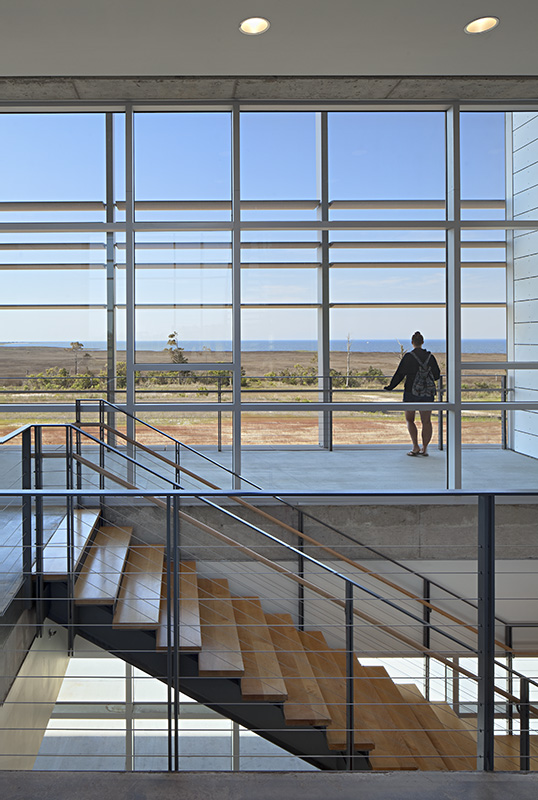 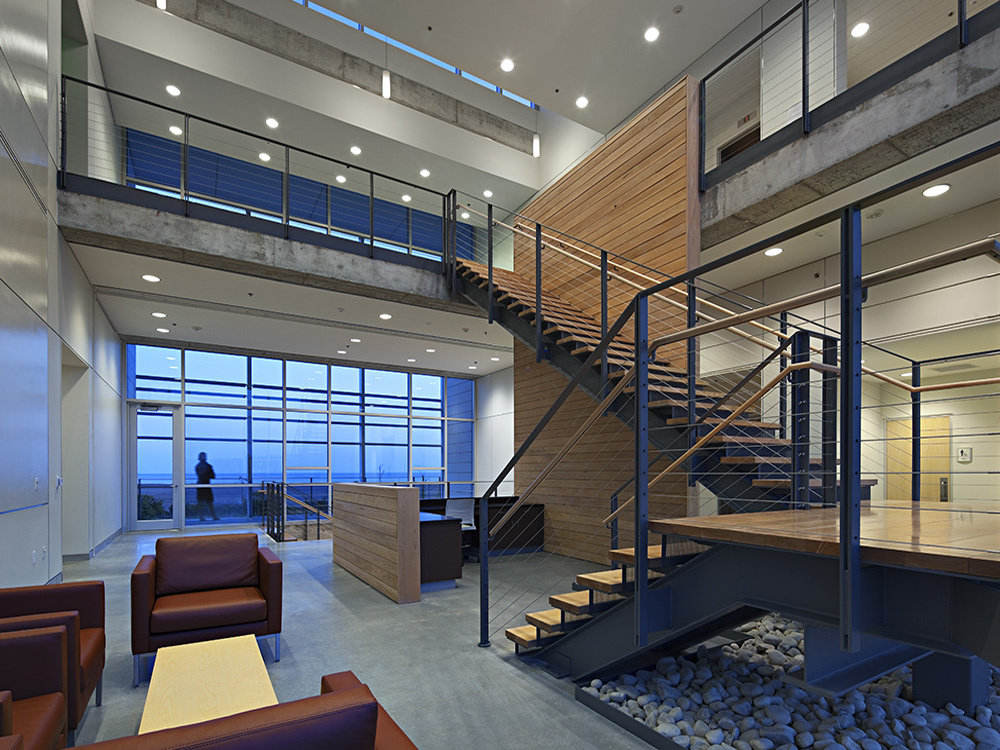 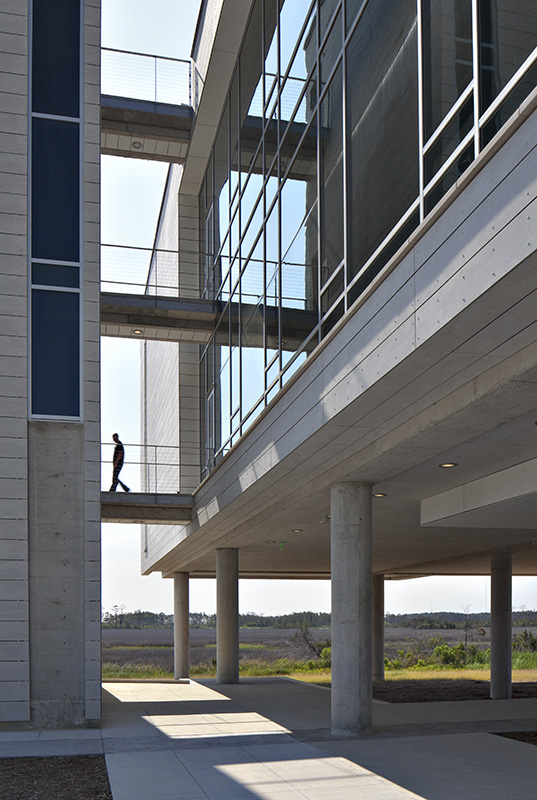 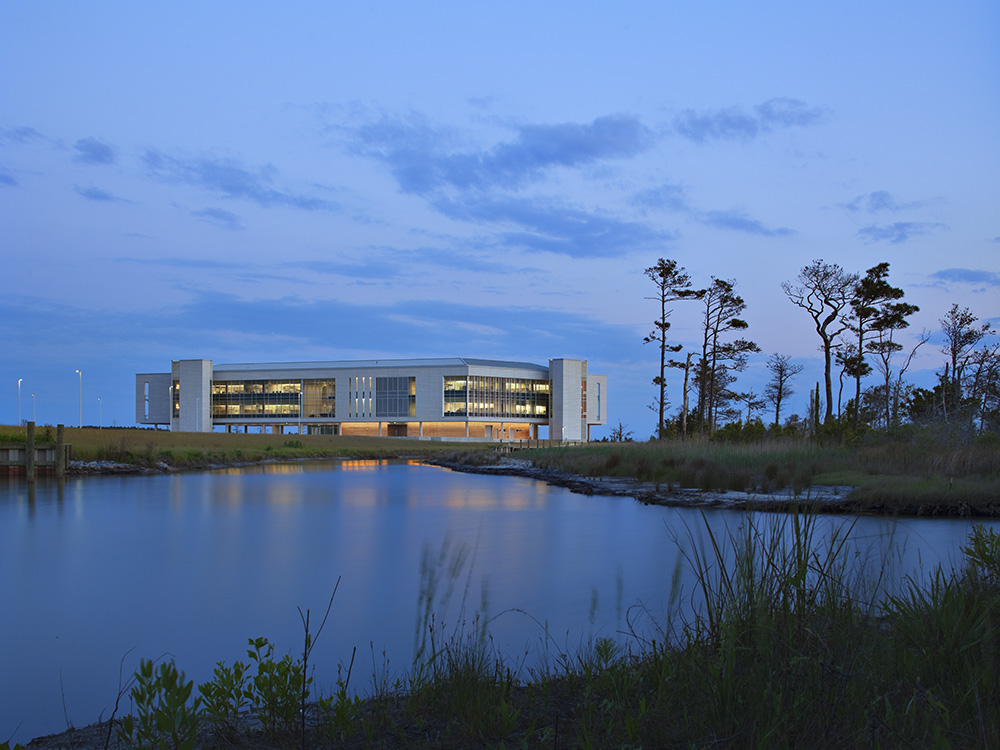 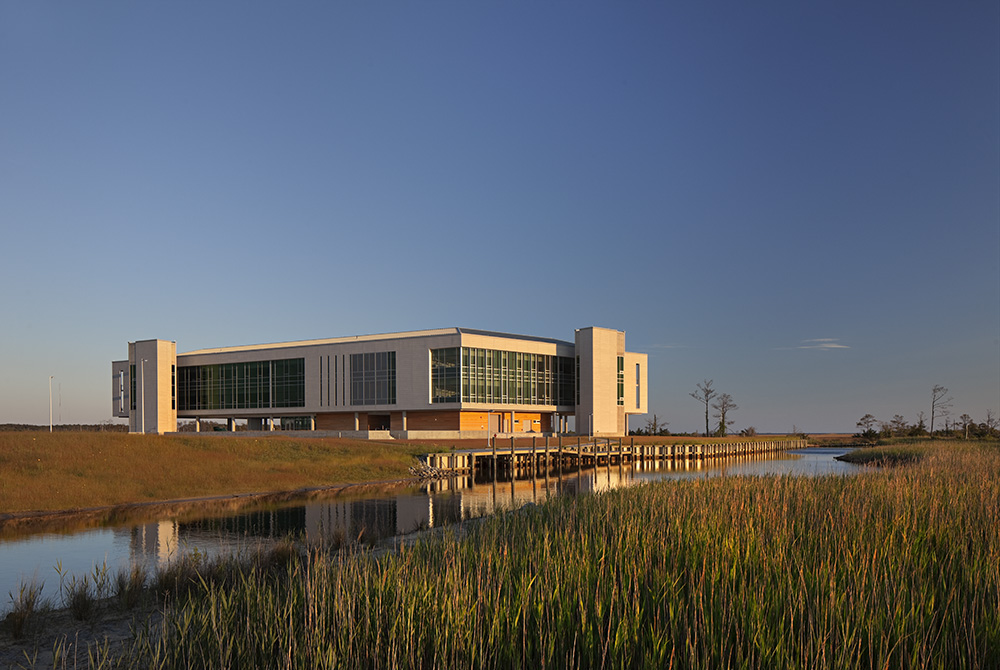 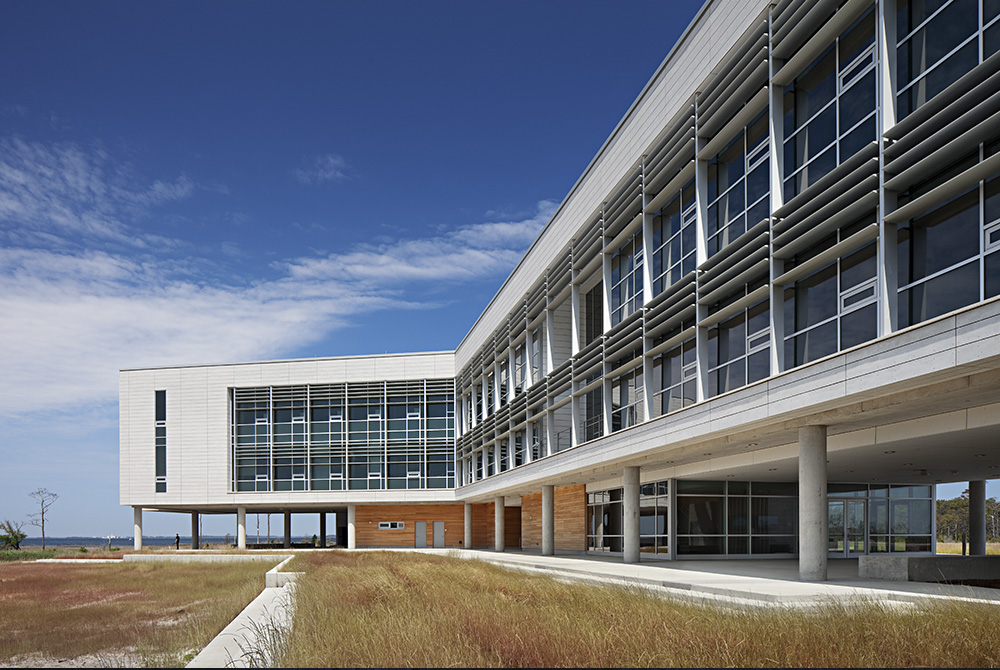 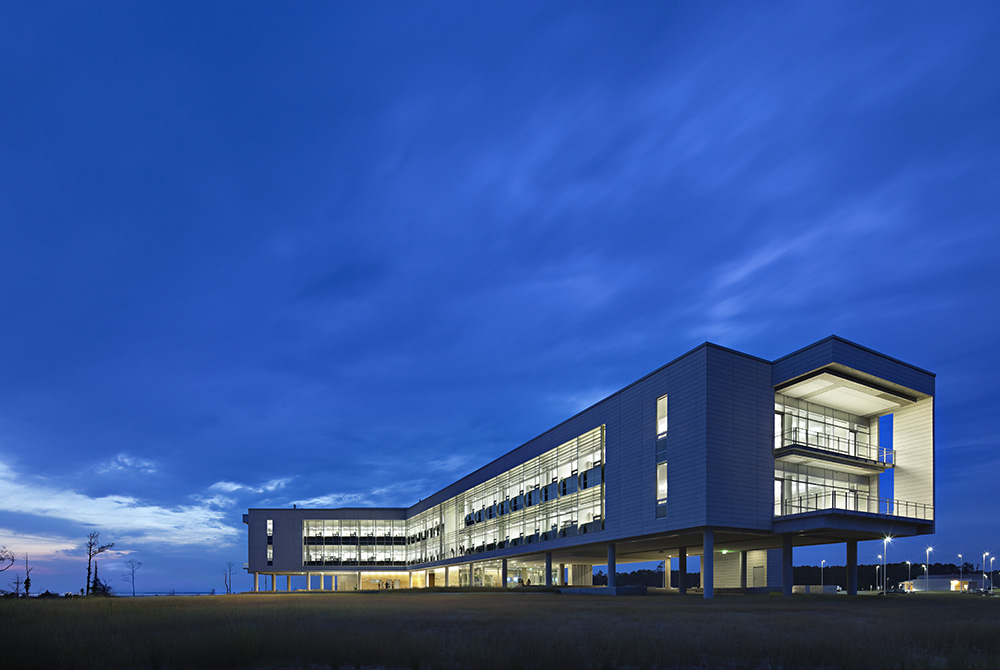 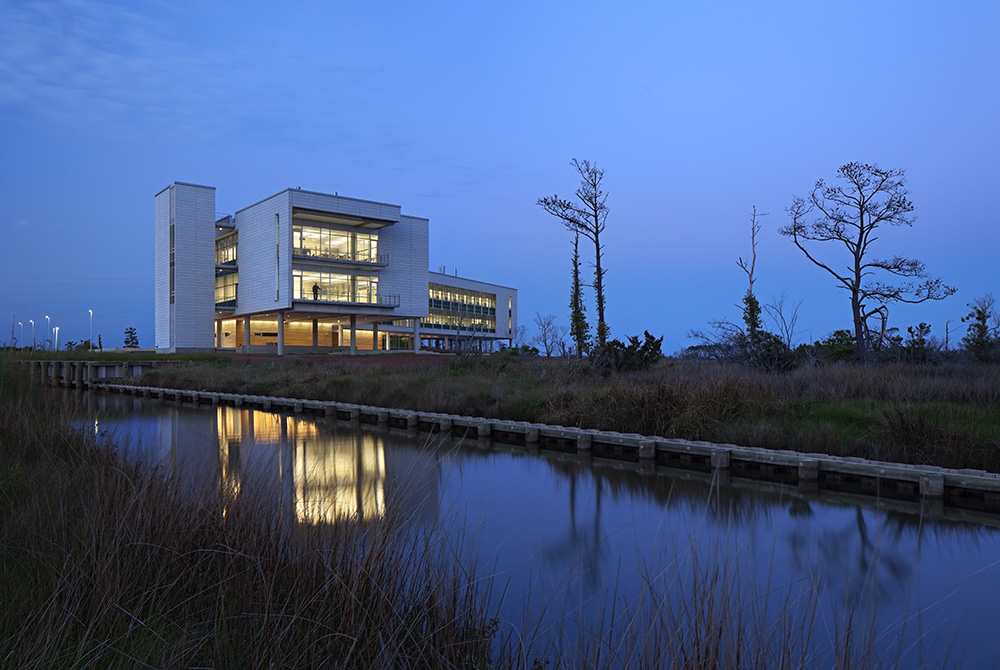 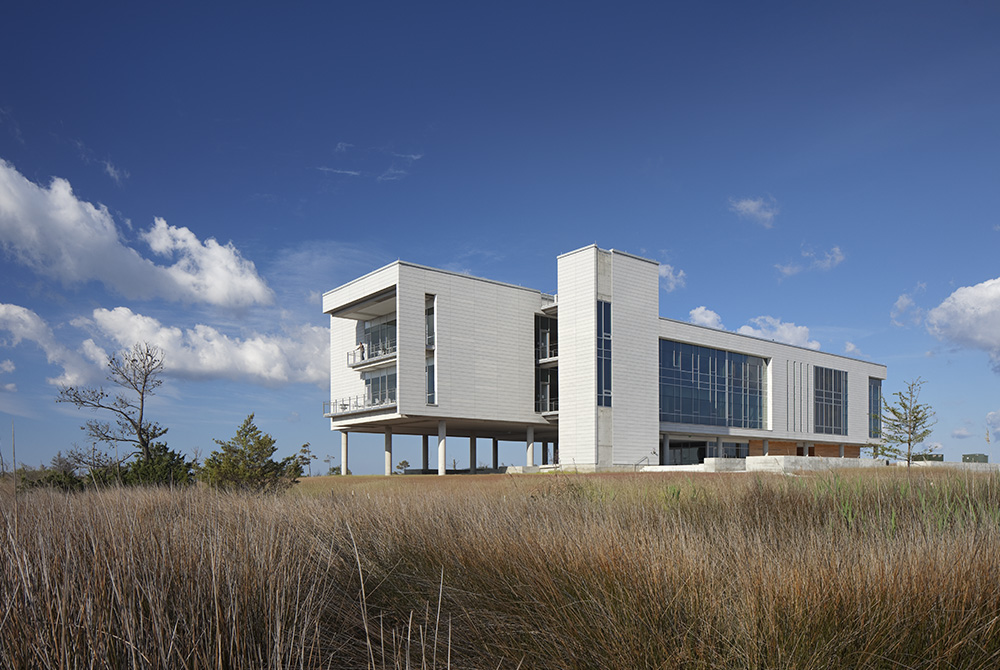 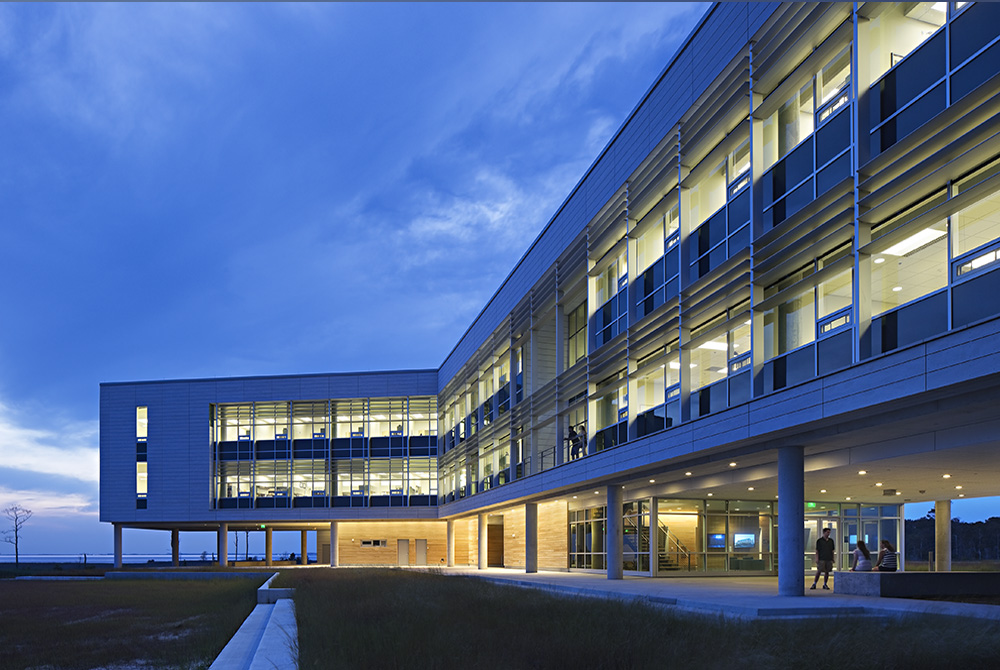 Here we have a replay of a post from July 2014, on a very successful effort by Peter McMahon to save the midcentury moderns...