Today, A+A is enjoying its annual sojourn at its favorite beach on a barrier island off the Carolina coast. Some years back, a friend asked for a few words on the nature of Cottage Time, and we happily obliged him. If today he’s no longer with, the words he wanted endure.

At the right kind of cottage, on a reasonably empty Carolina beach, there is no clock. Or if there happens to be one, it’s largely ignored. Ditto for television, which if on, is tuned to the Weather Channel, its mute button engaged. Radios are frowned upon too, as useless tools of a cretin culture.

No, the only proper measurement of Cottage Time is the position of the sun, east to west, in a sky that should be sapphire blue, rain-free and graced now and again by cumulus puffballs. Some have argued that Cottage Time might be measured also by the number of trips a shrimp boat makes, north to south and back on a given morning, but little credence is afforded this theory.

When it comes to Cottage Time, if someone wants to know the time of day, he simply looks up. If the sun is to the left, a full day and all its potential awaits. If it’s above, it’s time for a bite to eat. If it’s moving back and to the right, it’s time to think about cocktails and fresh red snapper, stuffed and roasted.

Those who understand Cottage Time believe in beaches, books and beer, though not necessarily in that order. A brief rundown on the importance of each would include:

Beaches: Since the demise of Nags Head and Cape Hatteras, some of us have begun to pursue the notion of the perfect beach. We live with the understanding, as Jefferson did, that it’s the pursuit (not the thing itself) that is our certain unalienable right. Sure, there are other pursuits, but we choose this one. And we have been rewarded: for the moment, we have found a beach that’s nearly empty – with white sand, and water that’s not too rough.

Books: Fiction is preferred, and Southern fiction at that. The books that will always be true are of special interest. Faulkner, Styron, Robert Penn Warren, Tom Robbins, Hunter S. Thompson and the two Percys – William Alexander and Walker – come immediately to mind. We have in the past also included Steinbeck, Fitzgerald and Jim Harrison, for their own rarified gifts.

Hours are roughly from 11 A.M. until 6 P.M. daily. Gatherings usually come to a close when a decision is reached on which fresh seafood might be right for dinner. No motion, second or vote is required. A short trudge to the cottage follows, then a shower, a trip to the fishmonger on the sound side, with an ocean-view cocktail before dinner.

All this takes place during Cottage Time. When it’s multiplied by six consecutive days, a remarkable transformation takes place: 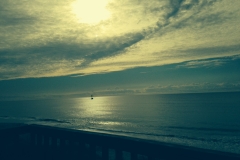 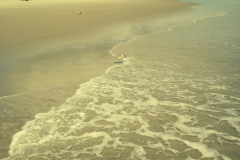 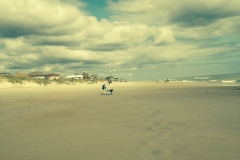 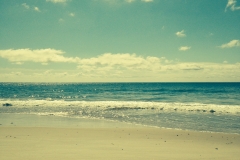 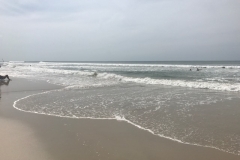 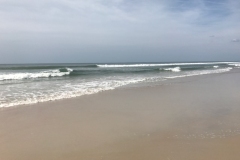 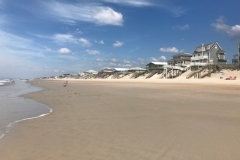 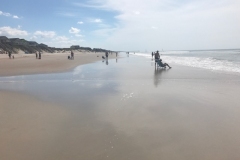 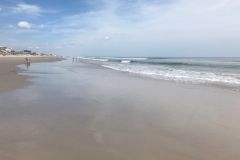 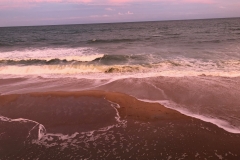 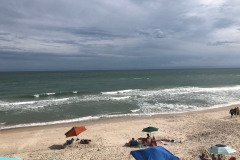 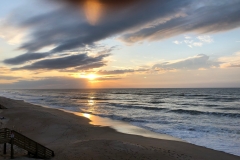 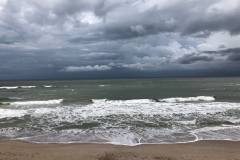 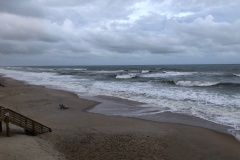 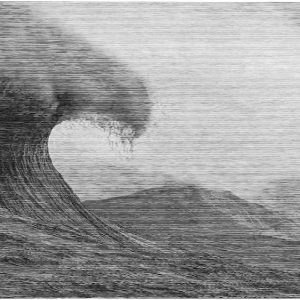 Most exhibitions of printmakers’ work are given the smallest amount of real estate in a museum. Not so for German native...