Taught at Taliesin and mentored by Frank Lloyd Wright for much of his early career, architect Aaron Green collaborated with the master on 40 projects.

Among them was the Marin County Civic Center, which the protege finished when Wright died. “He used to call him his son,” says Monique Lombardelli, CEO and broker at Modern Homes Realty in Palo Alto, of Wright’s relationship with Green.

Green would go on to design the Bazett Residence, a Usonian affair in Hillsborough, Calif., and 13 others in the Bay area. Now his largest residence – the 4,166 square-foot Ohta House – is on the market. Built in 1965, it’s accompanied by a tennis court, swimming pool, Koi pond, and some of the region’s grandest views.

“It’s up a really winding mountain road,” she says. “Most of his homes are on large lots but this one is one of the biggest – 9.94 acres, with views of the Santa Cruz mountains.”

The Bay area is home to many fans of the architect, who was born in 1917 and died in 2001. The firm that bears his name is still practicing today, and his foundation works closely with the Frank Lloyd Wright Building Conservancy.

His work may be similar to Wright’s, but with a little more comfort built into it. “There’s a soft feel – it’s still organic with wood, stone, sharp lines and geometry, but he used more carpeting and layers and circular flow in his homes than Frank Lloyd Wright did,” she says.

That means sandstone masonry, with a variety of dark woods – including teak and redwood – and large expanses of glass for daylighting and vistas.

The size of this six bedroom, three bath midcentury modern is what sets it apart, though. “Normally they would be smaller – under 2000 square feet, but this was custom designed for the Ohta family,” she says. “The second family to own it had it for 30 years.”

For more, go to http://www.modernhomesrealty.com/index.html 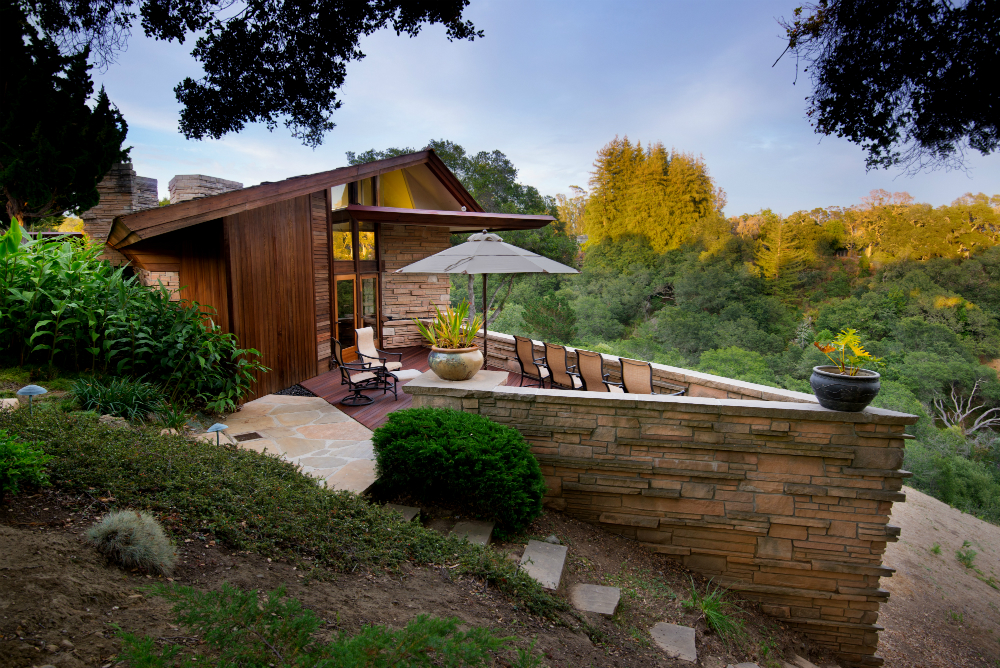 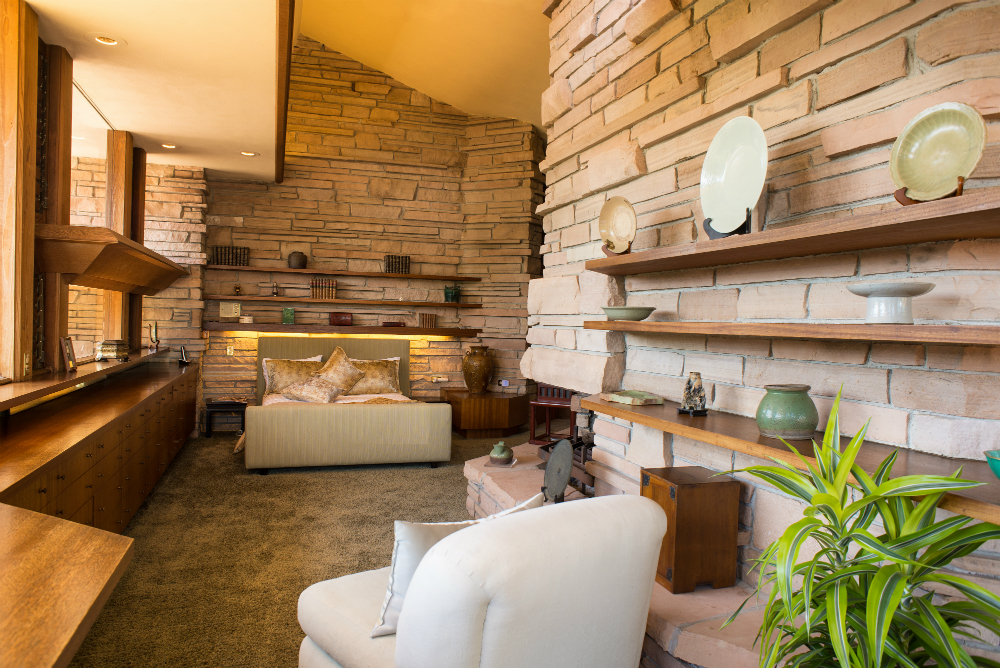 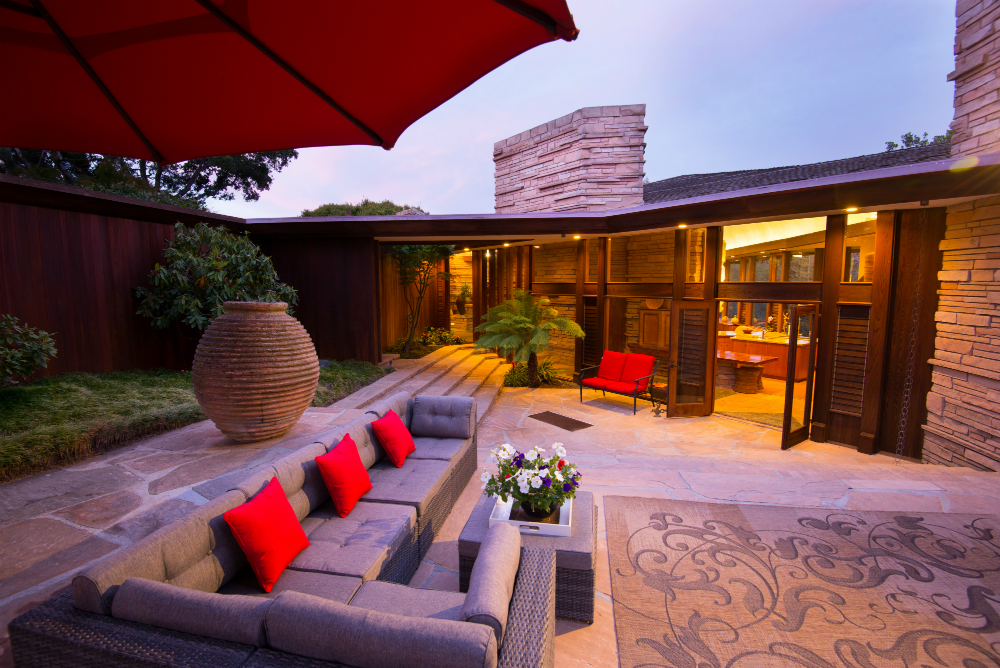 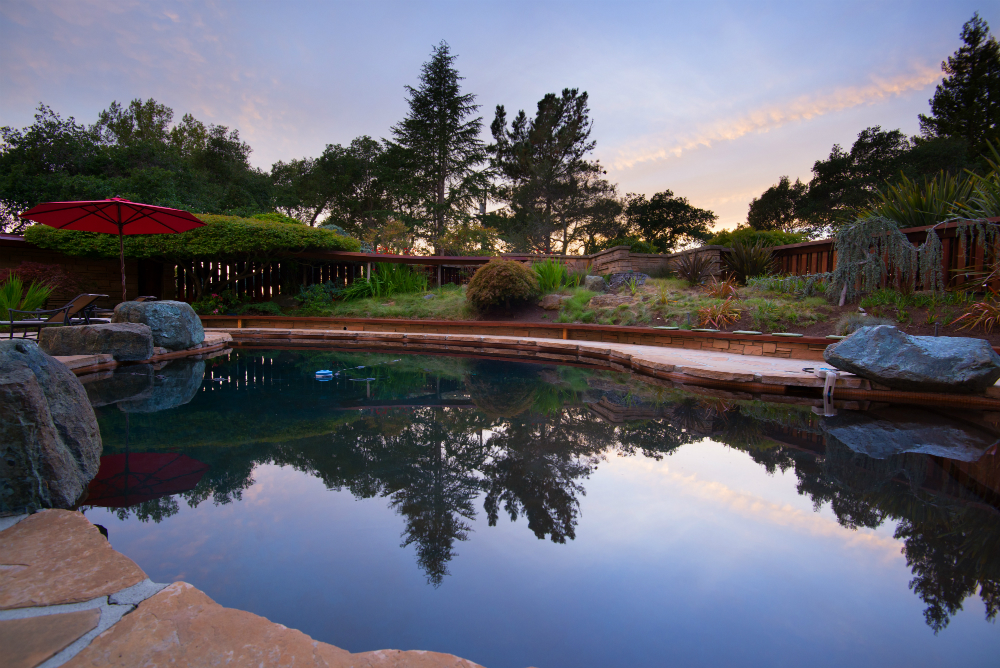 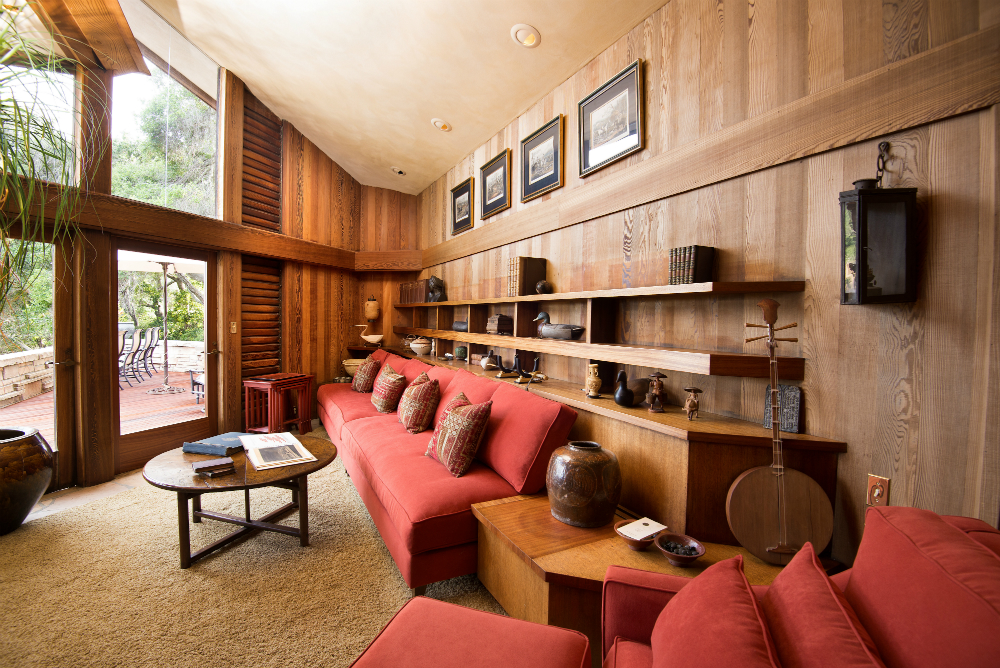 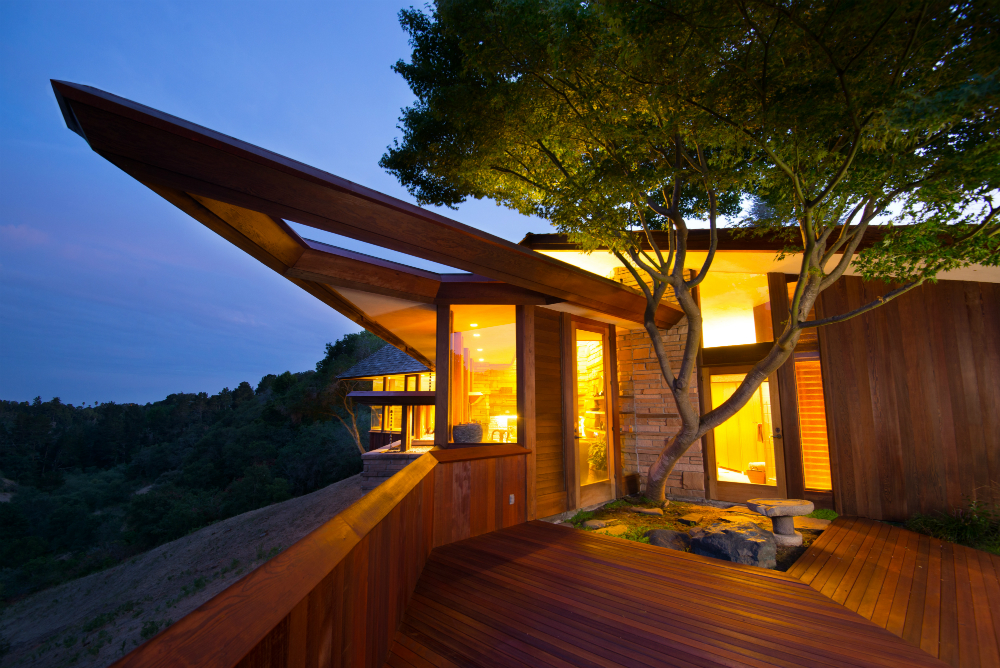 A lecture by Peter Eisenman and Richard Meier at their Maplewood, N.J. high school has led to a pair of exhibitions at the New Jersey...