This one’s all about the swoosh.

It’s called Haus in Rodaun, and it’s by a Viennese firm known as Caramel Architects.

It was designed for a family with one child in the suburbs of Vienna, on a 500-meter site with a grassy meadow. It consists of four levels, three above ground and one below, for a total of 300 of square meters of living space.

In order to retain the character of the original meadow, the ground-floor living and dining areas are tied to the garden in a sweeping gesture that yields the feeling of a 500-square-meter living room composed of outdoor and indoor spaces. The tail end of the swoosh tapers to human scale, forming smooth shallow depressions for sitting, curvilinear furniture, a pool and terrace with rounded corners.

The sweeping gesture on the ground floor is made of semitransparent polycarbonate elements. The ephemeral character of the material is also employed in the façade of the top floor, giving it the appearance of an airy, hovering swoosh.

On the rooftop, the patch of meadow removed from below is woven into the undulating green office landscape, so that grassy green fields on several levels are interspersed with ephemeral swooshes of space.

None of the firm’s projects looks like another, said architect Sabine Bovelino.  “Each project is a new challenge – that’s our motto.”

For more information on Caramel Architects, go to http://www.caramel.at/projekte-e.html 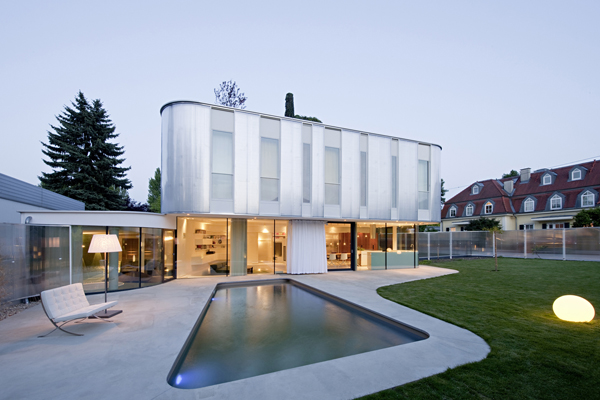 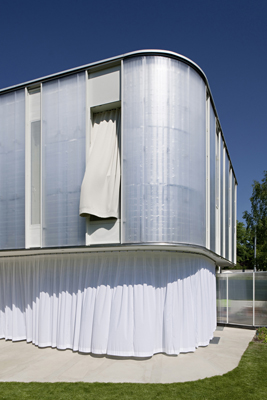 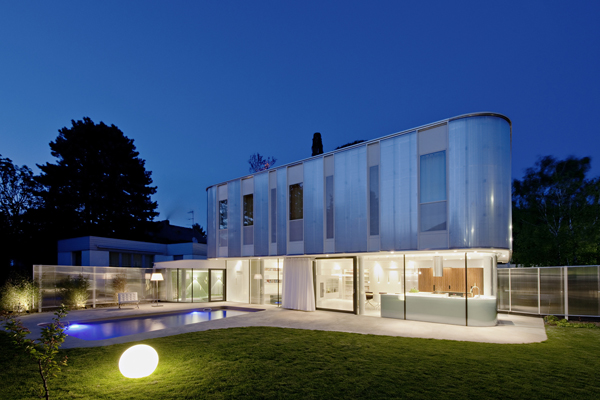 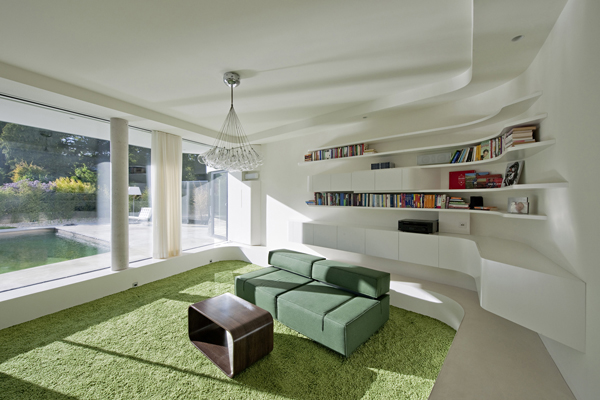 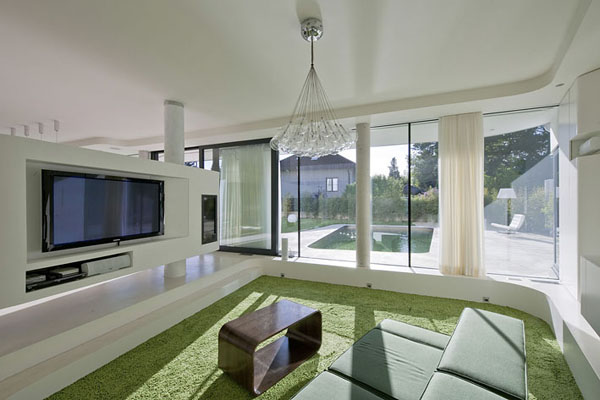 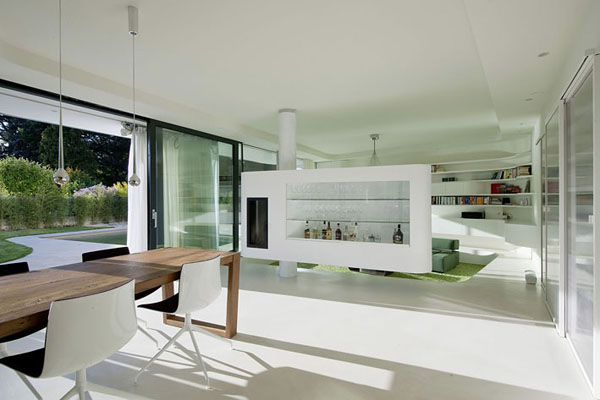 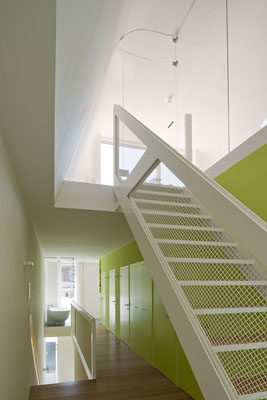 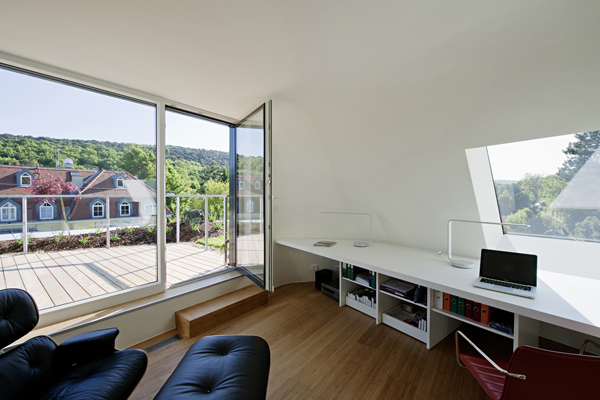 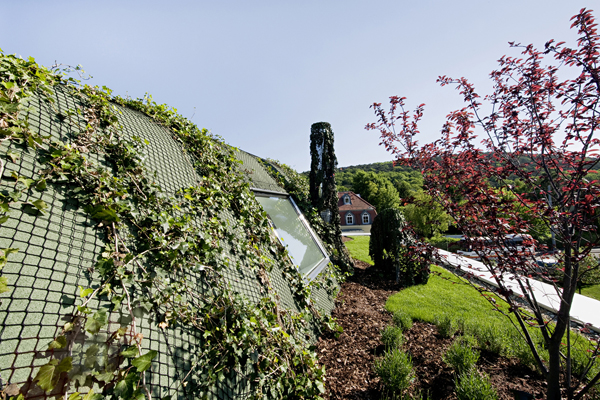 A childhood growing up in Spain led architect Lewin Wertheimer to fulfilling a lifelong dream of designing and building a home...