First there was the career as a rock guitarist and vocalist in a Spinal Tap-like band. Then came the gig as a staff attorney at a corporate litigation firm in New York.

Now, the artist known as Xiomáro is stepping up to serious photography.

As in naturally lit images of Theodore Roosevelt’s Sagamore Hill overlooking Oyster Bay in Nassau County, N.Y. It was home and “Summer White House” for the 26th president and his family from 1885 until his death in 1919. And Xiomáro had it basically to himself, as  he soaked up the atmosphere and shot his photos for the National Park Service.

“By the standards of other wealthy people in the area, it was pretty humble,” he says. “He had some parts added, like the iconic North Room – where he met with dignitaries. When I got there, it was the ultimate man cave – you can tell he was an alpha male, with its dark paneling, and a very strong masculine feeling, with the trophy heads.”

It has its feminine touches too, designed for Roosevelt’s wife, Edith. “There’s a parlor where she would meet with the ladies from society – it’s lighter in color, with blue hues,” he says.

On the second floor is the master bedroom with the innovation of a shower, as well as guest rooms and bedrooms for the children. On the third floor is the gun room, spaces for maids and cooks, and under the eaves, a trunk room complete with Edith’s actual luggage.

“I tried to photograph things that people wouldn’t see on a tour,” he says. “The Park Service wanted me to document the house in an artistic way.”

His exhibition of 40 images will go on display on Thursday, Oct. 13 at the Executive and Legislative Building in Mineola, N.Y. The white-domed, classical revival-style structure is listed in the National Register of Historic Places – and it’s a fitting location for the show.

“It was built in 1900 as a courthouse,” he says. “When Teddy Roosevelt was governor of New York, he laid the cornerstone.”

But if you want to see it, you’ll need to be as nimble and well-timed as Xiomáro’s photographs. The exhibition runs only through Oct. 23.

For a free e-book of the exhibition, go here. 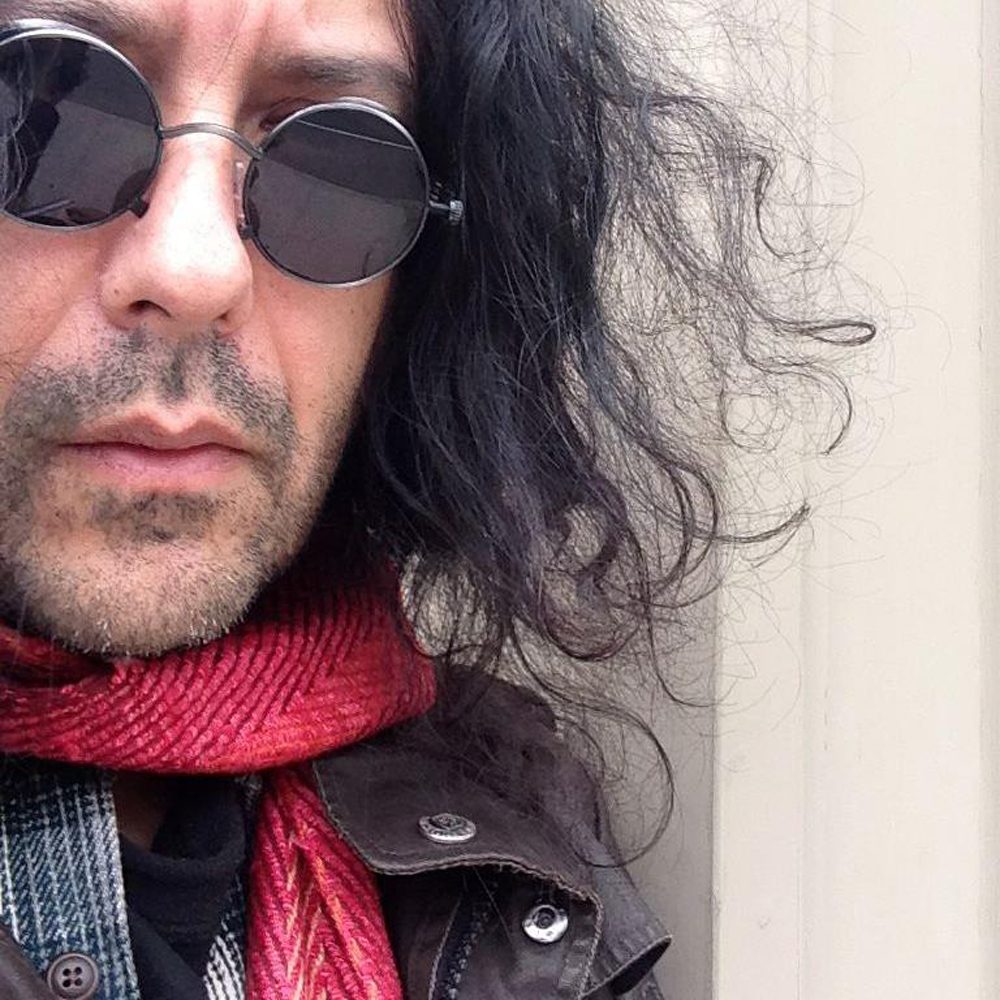 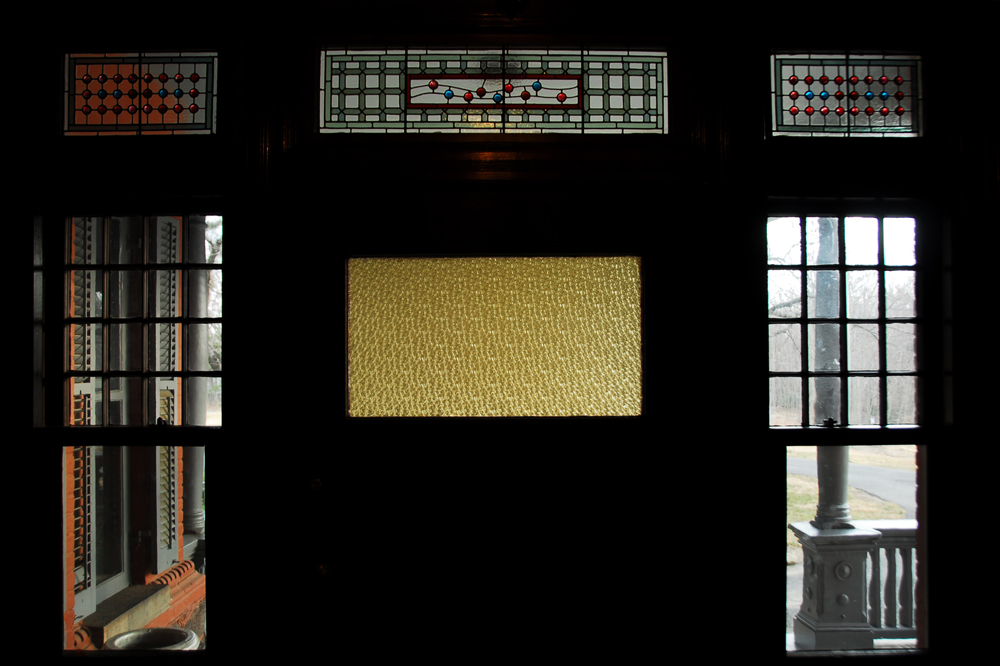 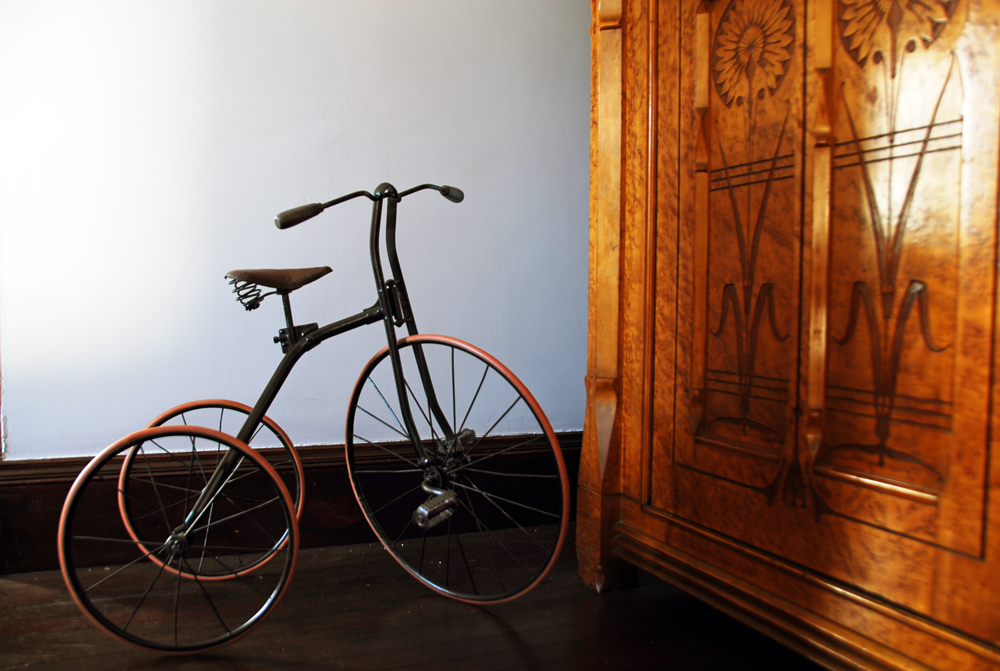 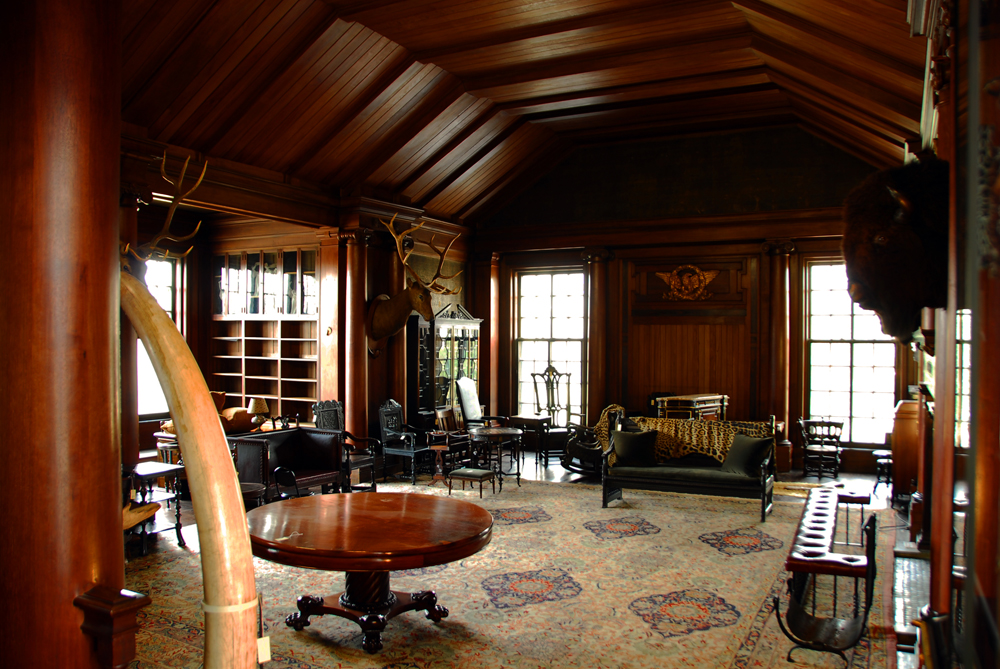 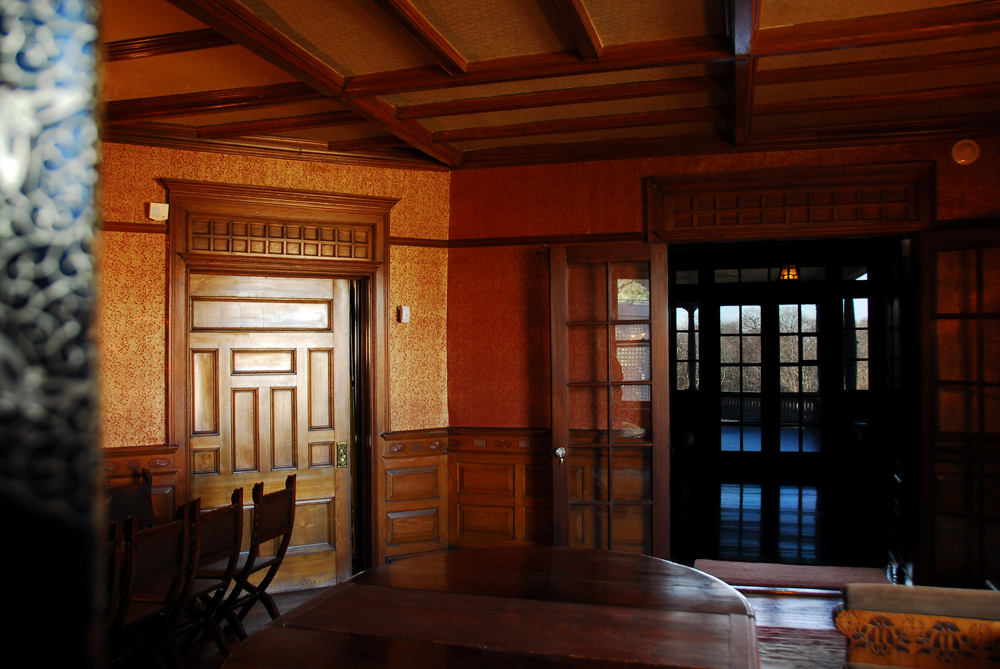 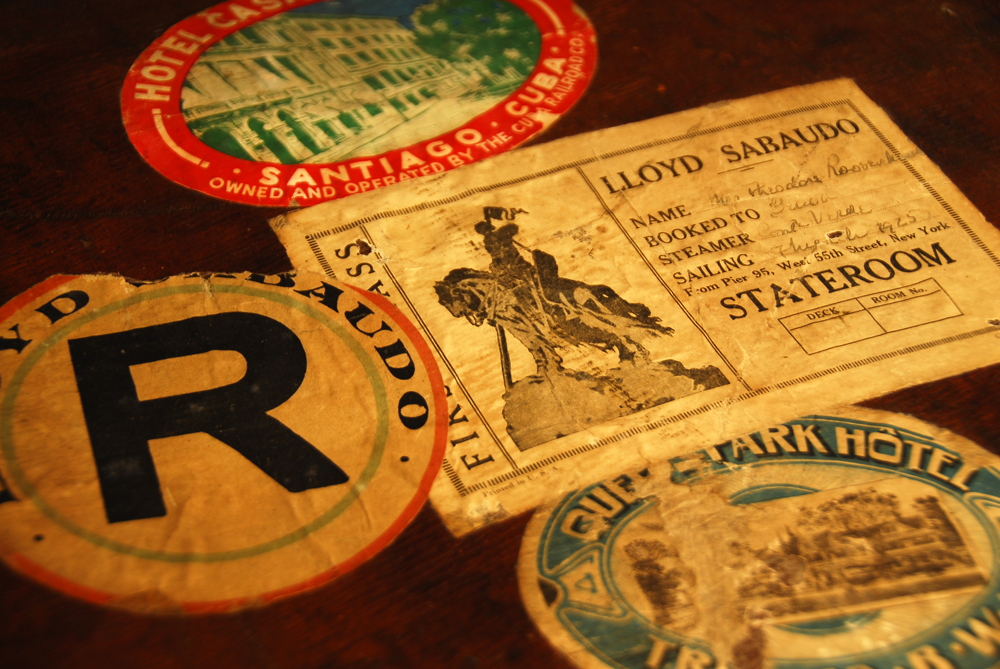 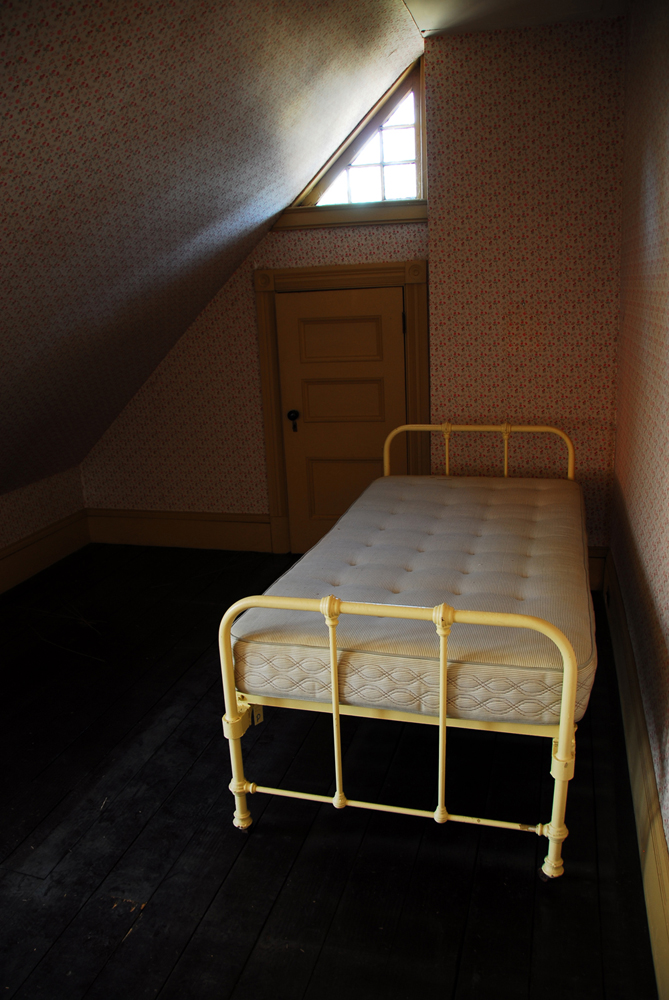 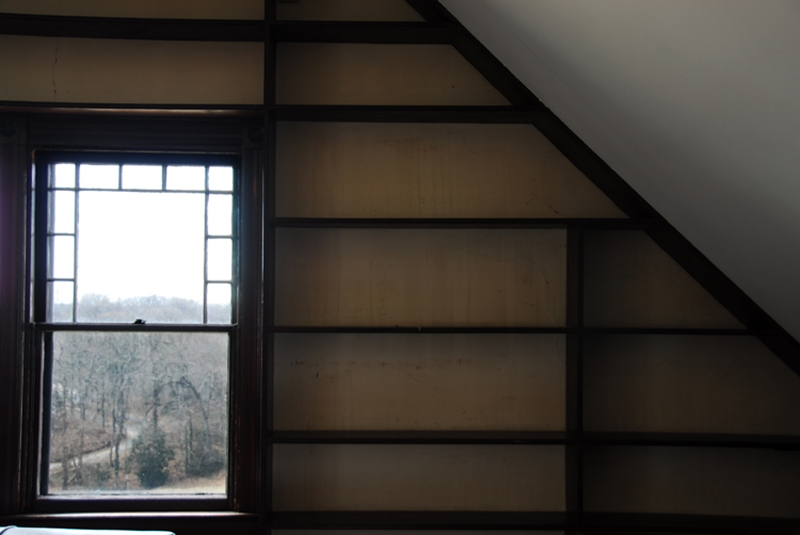 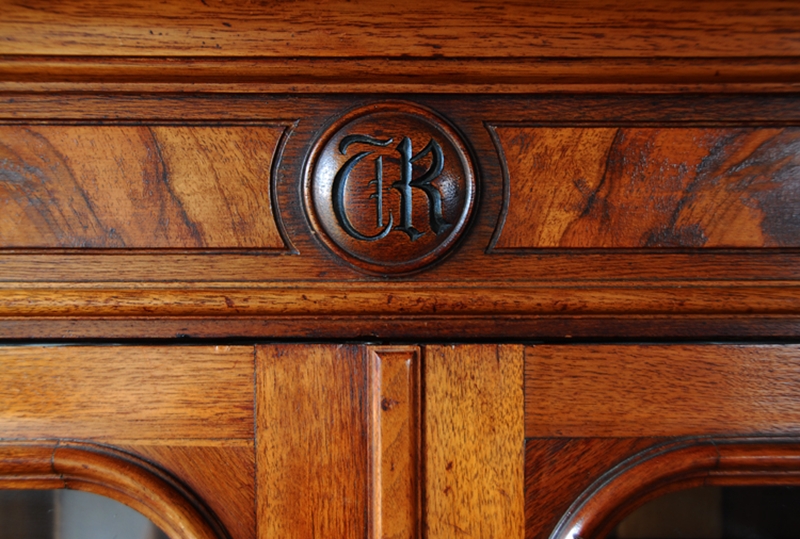 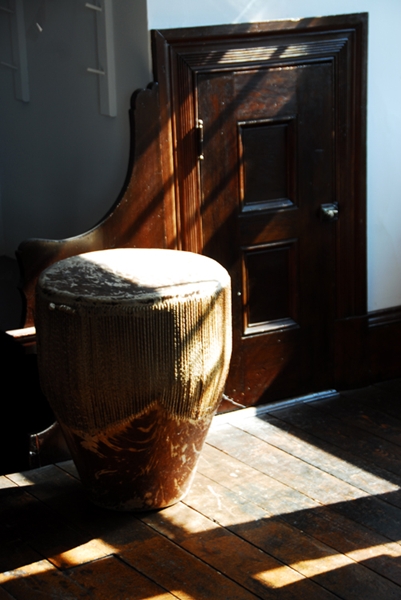 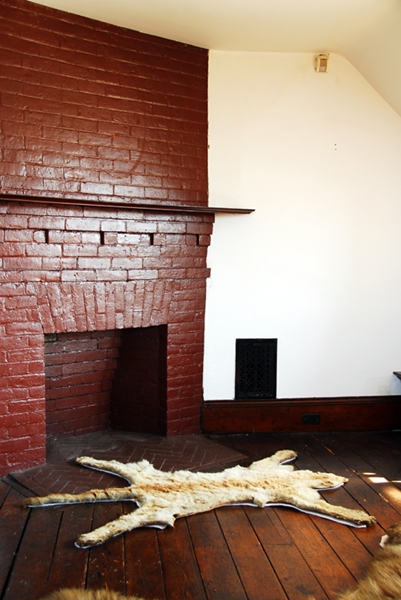 Thousands of Choices at Dering Hall

Great work Xio, as always you have an eye for the minute touches as well. Whats really cool is to know the history of Roosevelts and to see glimpses of the house and some things you say oh yes I can relate to that like the dark wood interiors and the little touches from travels. Def when I am in New York this year this will be on my list.

Well done Xiomaro. Fantastic work and article. All the best of the exhibit.

Xiomaro’s photographs provide a uniquely intimate window into Theodore Roosevelt — the man rather than the icon.

And this article and the accompanying images are a great introduction to Xio’s art.

Xiomaro is a true artist and quite an inspiration! Beautiful collection, congratulations!

How lucky are we to get a rare glimpse of President Theodore Roosevelt’s home/”The Summer White House” while it was emptied for extensive renovation. Xiomaro does a wonderful job capturing many parts of the home that probably went unnoticed when filled. Now that the house has reopened, it should be even more fun to tour the house after viewing his insightful pictures!

Xio’s photography is breathtaking and emotional. Provoking the viewer to “see” beyond the present and most times, especially his Historical works ,into the past. His passion for both the subject and the viewers’s reactions are spot on. He has inspired me to become a better photographer and I’m proud to lnow him! Congrats on this exhibit and keep bringing the past to the present!

Saw the wonderful collection. Never seen historical buildings photographed in such an artistic manner. My congratulations too to Xiomaro. Well done Sapna for your and AR’s support to Xio. Well deserved. Regards, Bhattacharya.

Superb quality images. I wish I could fly down to New York to see them.

Astonishingly interesting and captivating images. A must see.

Xiomaro is an accomplished artist who has a unique approach to taking photos. He possesses the ability to make banal look spectacular. Well done to him.
Vic.

Love Xio’s pictures. They are beautiful. Would want to see the exhibit one day.

Great article. Wonderful work by Xio. All the best.

Thanks for sharing this bit of history with us!

Xiomaro, Sadly I am not planning on being Stateside this year. I think, though, your exhibition would be of interest to a UK audience – have you considered approaching the Ambassador in London with a view to hosting the exhibition at the US Embassy? There is a lot of interest in Roosevelt. Best of luck with the exhibition.

Xio displays a special talent for photographing intimate spaces, not only the Roosevelt home, but the Julian Alden Weir home as well. in unique and compelling ways.

Precise and crisp interview, Xiomaro.
A bit about Xiomaro:
Xiomaro’s other equally compelling photo-essay, ‘The Other Side’ was featured in the second edition of Aspect Ratio Magazine of Photography, London. Having seen his images of Sagamore Hill and other historically important buildings, AR magazine has invited Xiomaro to submit yet another essay, this time on Theodore Roosevelt and his summer home. His essay and images of Sagamore Hill will be proudly featured in AR in the next edition. Look forward to visiting his exhibit to view the images that are artistic, elegant and aesthetically pleasing. These images have been laboriously mounted, printed and framed by Xiomaro himself. His exhaustive attention to minutest detail becomes apparent when the images are seen in person. Xiomaro is a diligent person who conducts in a highly professional manner. I strongly recommend everyone who can to pay a visit. See you all there.
To Xiomaro…
All the British luck.
From the entire AR team in London.

The city of Houston, long known for its jam-packed freeways and ambitious skyline, is now returning to its bayou roots - thanks...