Today, Ocean Home magazine online is running my review of a new book from Monacelli Press, on 17 recent residential projects from four partners at Robert A.M. Stern Architects. It’s more than worth a click on the link at the end of this post:

The quartet brings more than a century of experience to the drawing table, most of it at RAMSA. Brewer calls himself the newcomer to the group—having arrived late, in 1989.

Anyone believing the firm’s residential work is limited to single-family, Shingle-Style homes is in for a wake-up call. Within the book’s 424 pages are residences and apartments in a multitude of styles, including Classical, Mediterranean, and Midcentury Modern. As Brewer modestly notes, “we have great diversity in our work.”

What ties these residences together is a respect for site and context, and a strong desire to collaborate with clients. Because the 300-member firm has been practicing since 1969, it often designs multiple homes for clients—and in “Houses” we find a three-peat. “One’s in the Rocky Mountains, another’s a northeast coastal home, and then there’s a New York apartment,” Seifter says.

The apartments are of interest because “Designs for Living” contained none. Here we have two in New York, one in the Rocky Mountains, and another on Wilshire Boulevard.

The two New York projects are both in pre-World War II buildings—the first a 1931 design by Rosario Candela, where Brewer and decorator Steven Gambrel responded to their client’s desire for “tradition with a twist.” The other was designed by J.E.R. Carpenter, known for his restrained classicism of the early 1900s.

Correll shines with his Shingle-Style home in East Hampton, its twin haystack gables easy on the eyes at its entry elevation. “That facade gives way to a more playful expression of the shingle style on the rear, anchored at one end by a rounded tower and at the other by an arcing screened porch,” he writes.

Marani delivers with a black-and-white bungalow on Nassim Road in Singapore, riffing on the vernacular of Frank Wilmin Brewer’s work from the early 1900s, with references also to C. F. A. Voysey and Sir Edwin Lutyens.

Houses from Monacelli Press, its exquisite photography mostly from Peter Aaron and Eric Piasecki, is available January 19. Order it today, though—as a tardy holiday gift for the architecture aficionado on your list. 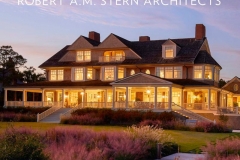 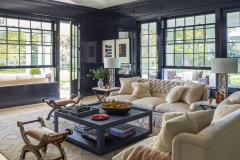 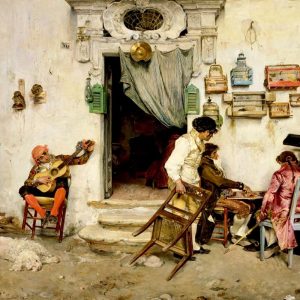 American artists of the 19th and 20th centuries who wanted to study lighting and flourishes by Spanish Old Masters set out for one destination: The...