With its fourth iteration of “Mission Impossible,” Hollywood has discovered Dubai.

Think of the Riviera and “To Catch a Thief,” or Rome and “La Dolce Vita.”

High profile landscapes and architecture have been used by building owners, cities and other groups to build the brand for a place. The branding raises the profile, attracts new investment, brings pride to the city, and creates new opportunities.

“It’s a beautiful city,” says the film’s star, Tom Cruise.  “In your dream of places you would want, this would be the city, because it’s incredibly cinematic. For the story, it’s a center piece for our film.”

Director Brad Bird agrees: “It’s almost like sets that you could never afford, so we’re very lucky, I think, to be the first in really photographing Dubai as Dubai.”

The Burj Khalifa, by SOM Architect’s Adrian Smith, now of Adrian Smith + Gordon Gill Architects, offers architectural and landscape designs that are helping project the emerging city of Dubai onto the global stage.

“The creation of the tallest man-made structure in the world with a groundscape that has an iconic setting makes this a sought-after movie set,” says John Wong, SWA managing principal, who’s responsible for the look of the landscape at the Burj.   “Here, the big idea was to connect the world’s tallest structure to its site and to its city, via a 27-acre Tower Park that’s a green oasis.”

Sheer height from the building, an unusual series of view angles and exhilarating groundscapes made the setting a visual delight for the film.

For more on the Burj Khalifa, go to http://www.huffingtonpost.com/j-michael-welton/landscaping-the-burj-khal_b_827414.html

For more on ‘Mission Impossible,’ go to http://www.metro.co.uk/film/884251-tom-cruise-wows-fans-at-the-world-premiere-of-mission-impossible-4

For more on SWA, go to http://ru.swagroup.com/principal/john-wong.html 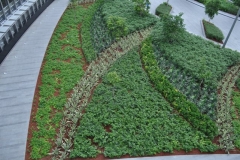 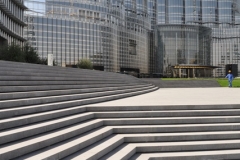 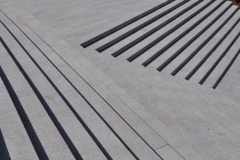 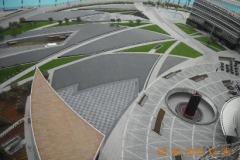 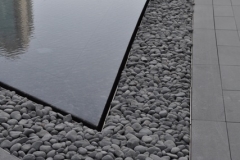 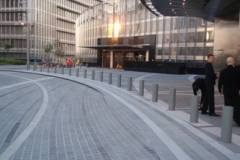 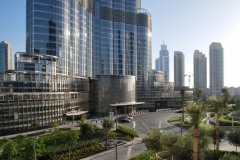 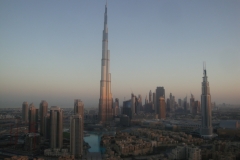 One of Chicago’s best is now on prominent display, 24/7. One hundred and sixty cleverly concealed LED lights are illuminating...