Students and faculty at Appalachian State in Boone, N.C. are taking to heart the self-suffient spirit of the pioneers who settled here long ago.

A core team of 30 has reinterpreted the hardy perseverance of those who came before them in The Solar Homestead, their entry in the upcoming Solar Decathlon.
The competitive event, sponsored by the U. S. Department of Energy, will be held in about a week on the Mall in Washington D.C. Eighteen other teams from across the nation will compete for recognition and awards.

The project tested and pushed the App State team to its physical, mental and emotional boundaries

“I’m not 21 anymore,” declared faculty advisor Chad Everhart.  “I can’t keep up with these young bucks – there were too many all-nighters to count, and tons of late nights too.  But they’re so dedicated and passionate that I can’t let them down.”

About 300 students were involved in designing and building the net-zero energy project, with a smaller, hardcore group driving it to completion.  They’ll move it to Washington on Friday, Sept. 9, set it up on the Mall on the 13th, and demonstrate it to the public on the 22nd.  It’ll ship in ten pieces, four by tractor-trailer and six by pickup trucks.

The target market for the 1,000 square-foot home, with its 900 square-foot outbuilding, is a couple with a child, 10 to 11 years old, ready to move from the city, get in touch with nature, and work from home.  “It’s a relocation trend up here,” Everhart said.  “This house, though, will sustain itself not just in this region but across the country.”

It’s a 3 bedroom, 1 and ½ bath affair, with one of the bedrooms and the half-bath contained in an outbuilding dubbed the Flex Om.  Clad in Bark House poplar shingles, that detached space could serve as guest suite, office area or art studio.  The main house, with a central utility core at its center, places bedrooms at one end and living room, dining room and kitchen at the other.

Its photovoltaic (PV) array is integrated into the structure rather than tacked on.  A large canopy of bifacial Sanyo PV panels covers an outdoor area, translucent to gather light from below and above, and also to filter light in a pleasing way.  A solar thermal skylight pulls double duty by allowing light in, and heating water too.  The net-zero home uses an 8.2 kilowatt system for electricity

It bears distinction in another way:  “It’s one of the few projects in the decathlon that’s truly student-designed and built,” Everhart said.

When it comes back to the Boone campus, it may join an earlier prototype to start a solar village, for either student or faculty housing.  “We’re waiting to hear from the chancellor’s office,” he said.  “He’s been really involved and excited, so we’ve asked what they want to do with it.”

For more on The Solar Homestead, go to http://www.thesolarhomestead.com/. 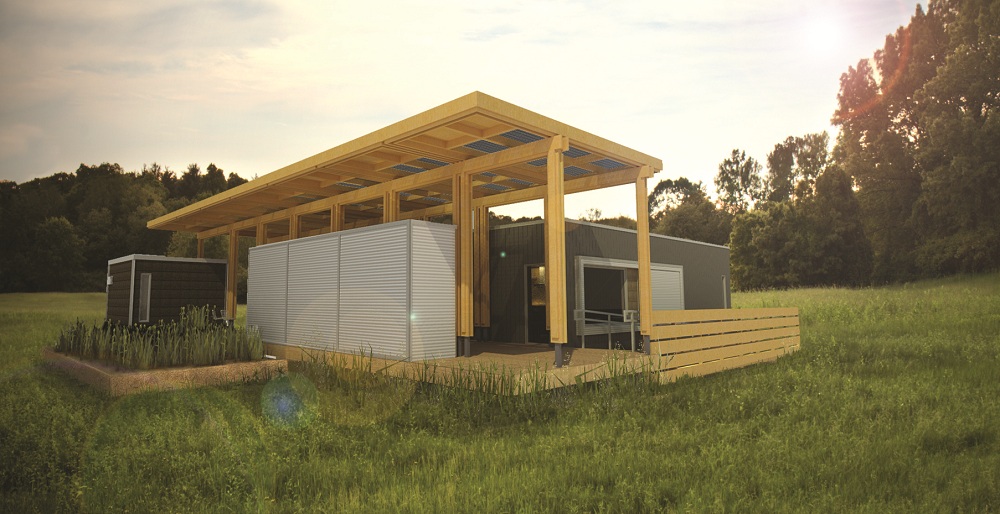 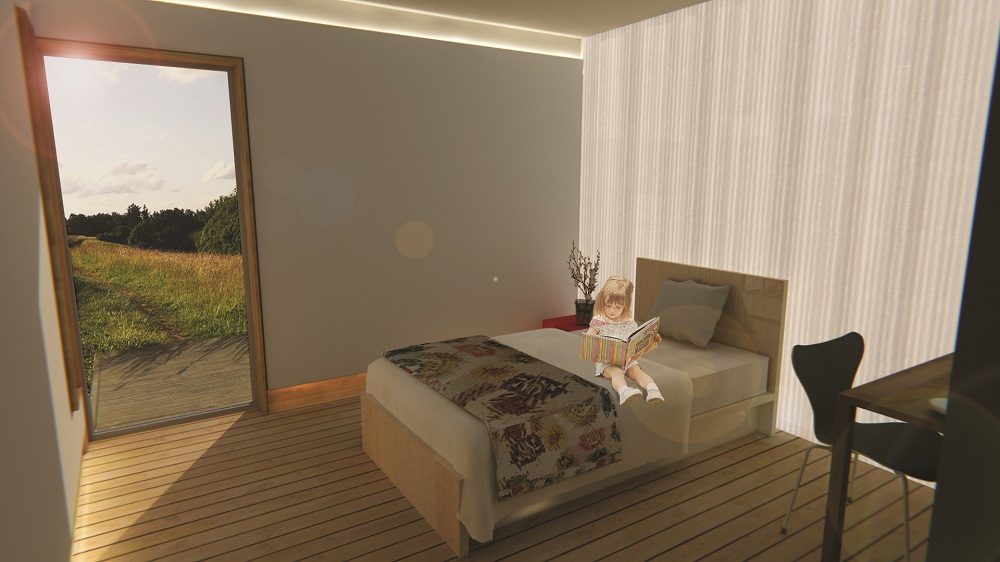 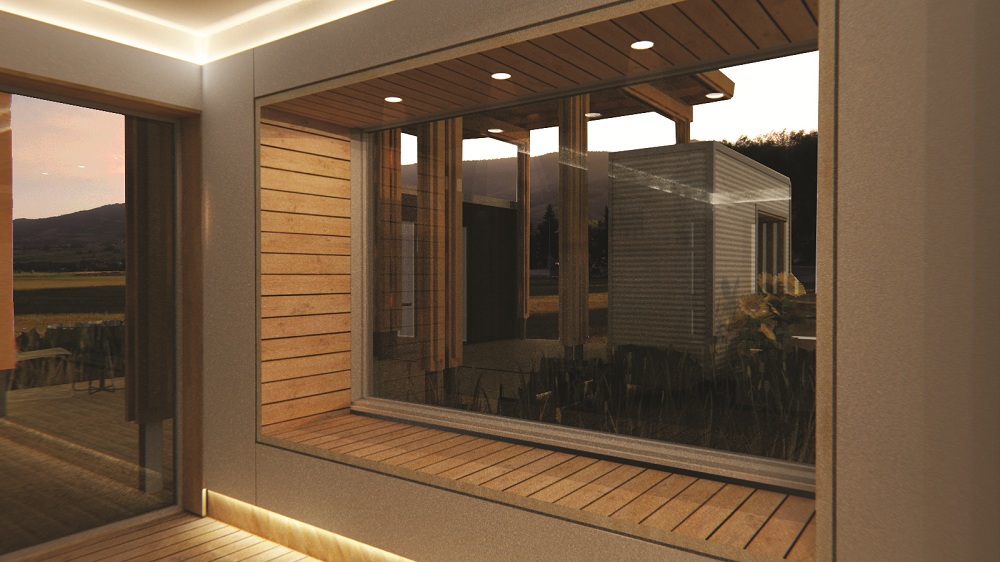 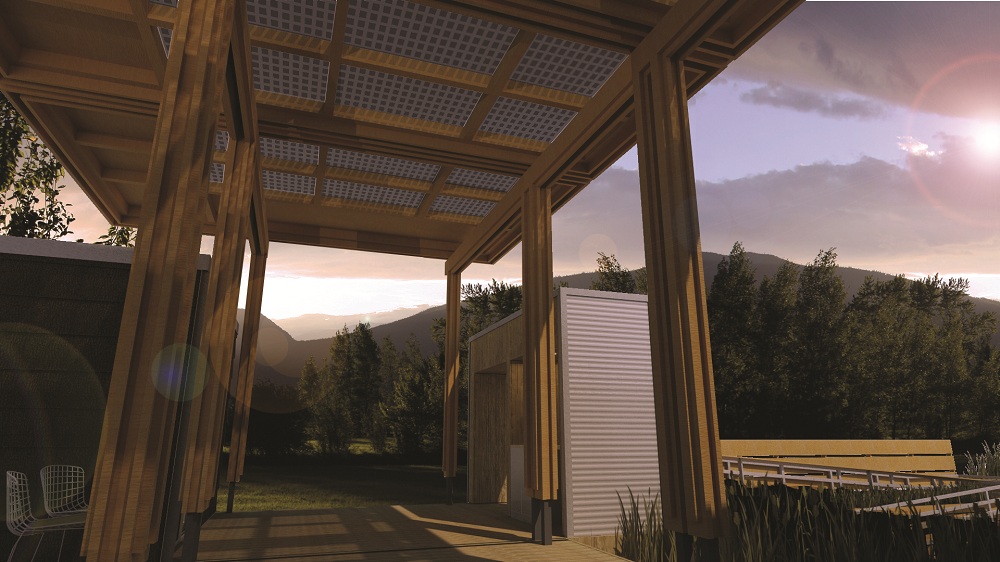 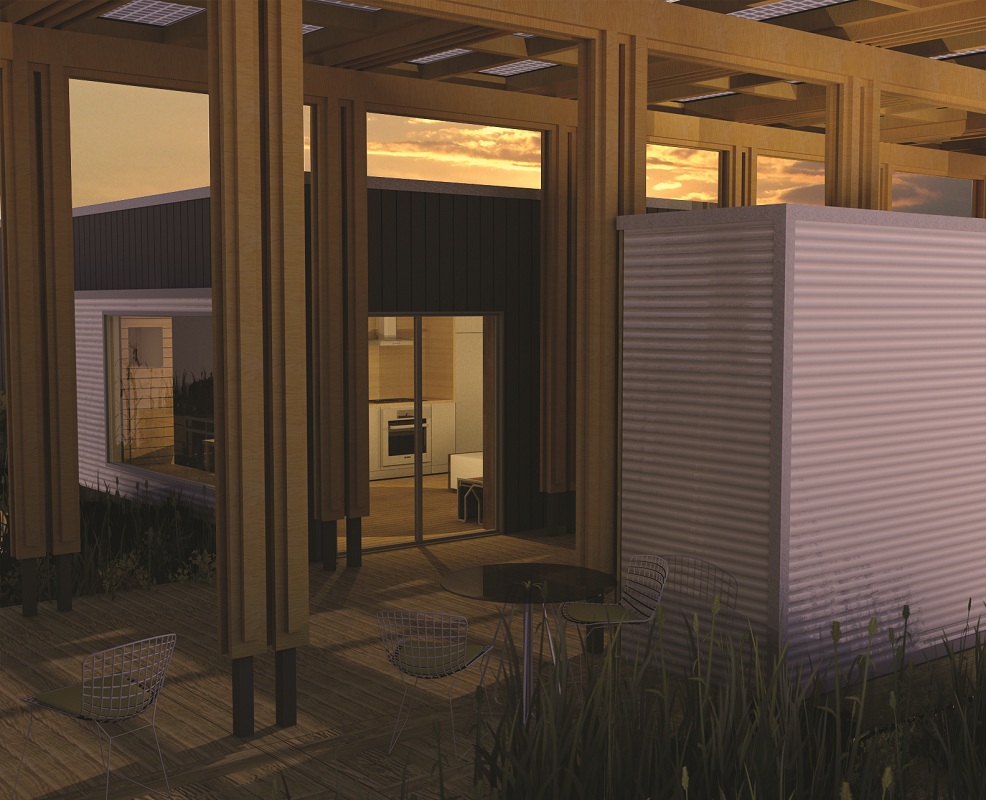 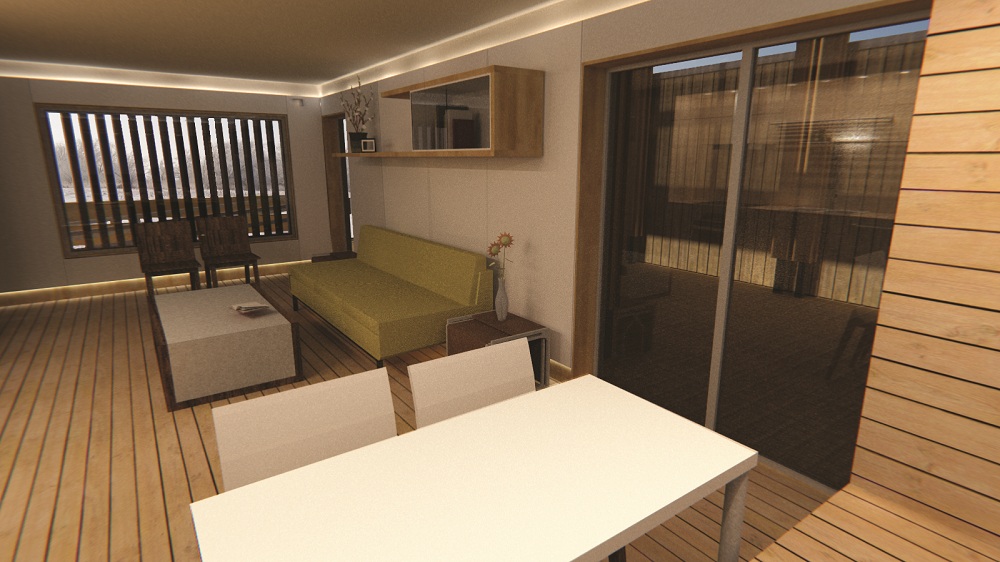 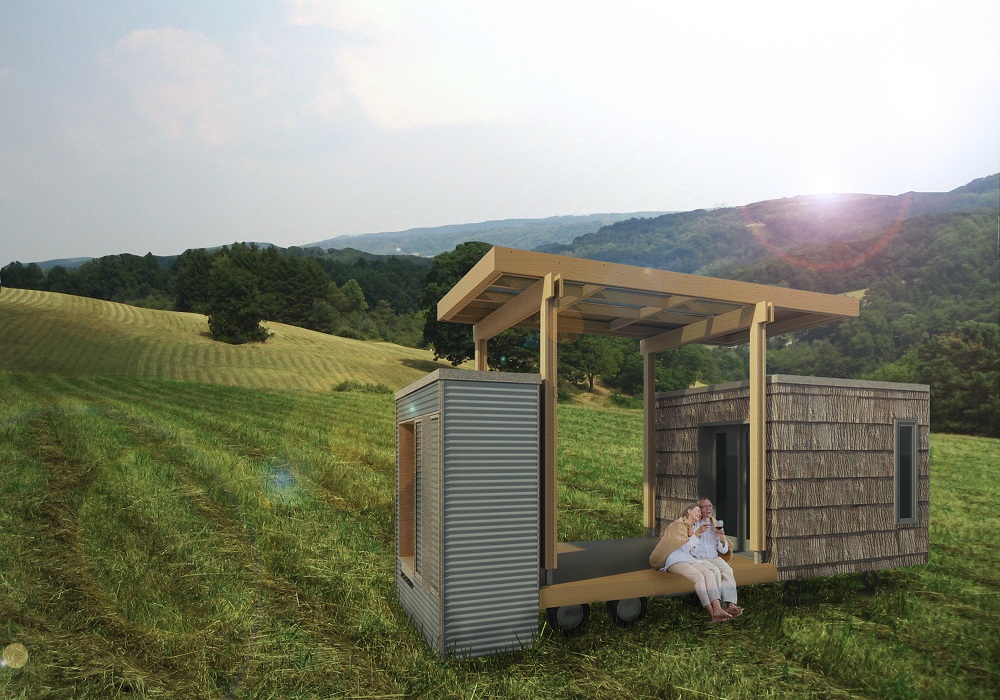 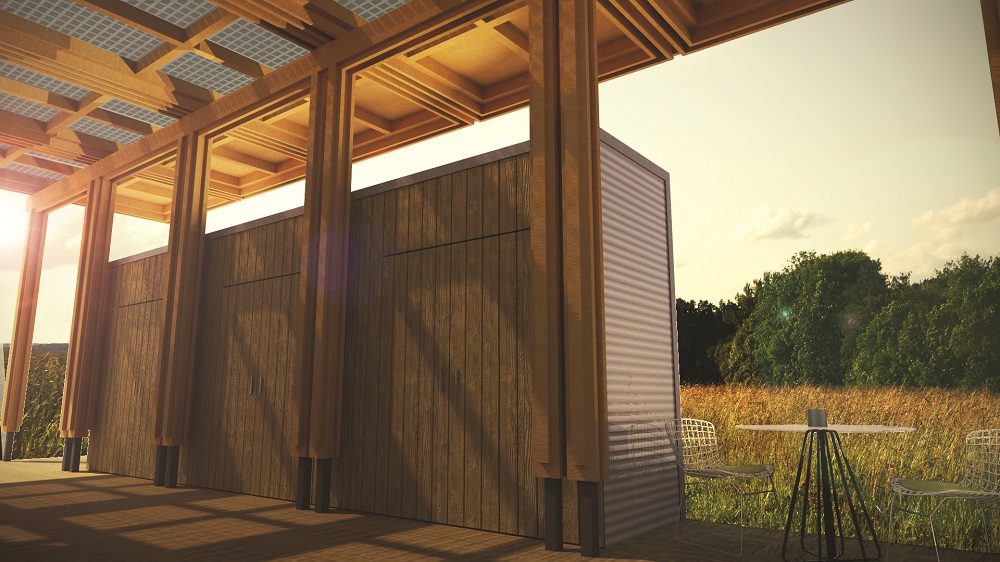 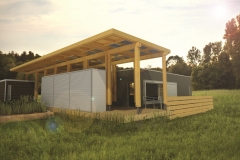 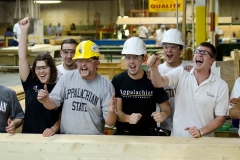 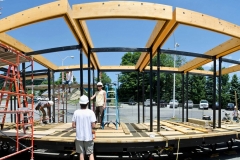 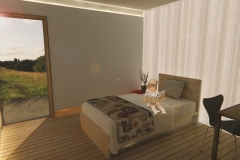 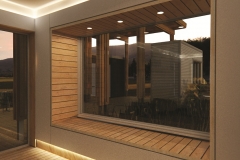 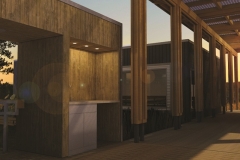 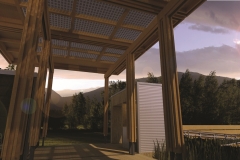 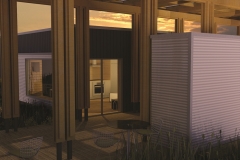 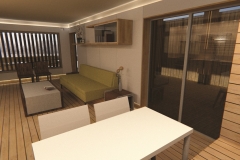 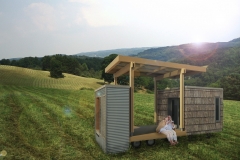 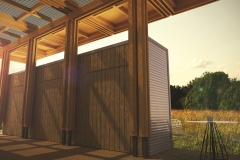 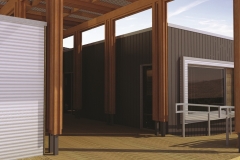 Great article! Can’t wait to see the home setup on the National Mall!

I am so excited. Go App State.
Pat Arnaud

What an excellent feature for such an excellent design; the Solar Homestead really is remarkable. I cannot wait to see what comes of the Decathalon on the Mall! Go App!

If you lived thousands of years ago in ancient Egypt, chances are you spent a lot of time and money preparing to banish death...