Here we have a post from July 2013, as timeless as the architect and interior designer involved in the project:

A modernist icon designed by Gordon Bunshaft in 1950, Manhattan House is undergoing a rebirth.

Its apartments are being renovated and sometimes combined. New tenants are mixing it up with some of the earlier ones, most often in the first-floor lobby – the one that’s a block long and that faces one of the most beautiful private gardens in New York.

“It’s a building I’ve looked at since 1964, when I arrived in New York,” says interior designer Vicente Wolf. “When I look at the gardens, I think about the generosity of bringing so much nature into a space that’s so beautiful, with so much glass.”

Wolf recently redesigned the lobby to take advantage of views of both garden and street, breaking the great space up into four sections. Two lounge areas on either end flank a library area with a table 16 feet long and five feet wide, and a gallery that’s defined by five four-feet-tall urns placed on pedestals.

“The problem was the vastness of the space, the length of the space, and the lighting all coming from above,” he says. “There was repetition, with all four areas done the same. They were redundant.”

He added rugs to the long walkway, to relieve a lengthy and monotonous view of floors from end to end, and then lighting onto columns throughout. He chose a neutral color palette of gray, taupe and off-white, with the occasional shot of soft blue, and fresh flowers daily, with fuchsia, yellow and hot pink.

He also salvaged some of the lobby’s original pieces, re-upholstering and altering them slightly, and brought in a few Chinese- and African-oriented pieces typical of the 1950s, along with a Mies-designed chaise.

But mostly he respected the original space and its architect.

“I didn’t want to create a set,” he says. “This was probably the last time that buildings were original and individual, rather than trying to create something from the past. He didn’t do that – this was a real statement to be made.”

And he’s edited it, very carefully.

For more on Manhattan House, go to http://www.manhattanhouse.com/#/?type=section

For more on Vicente Wolf, go to http://www.vicentewolf.com/ 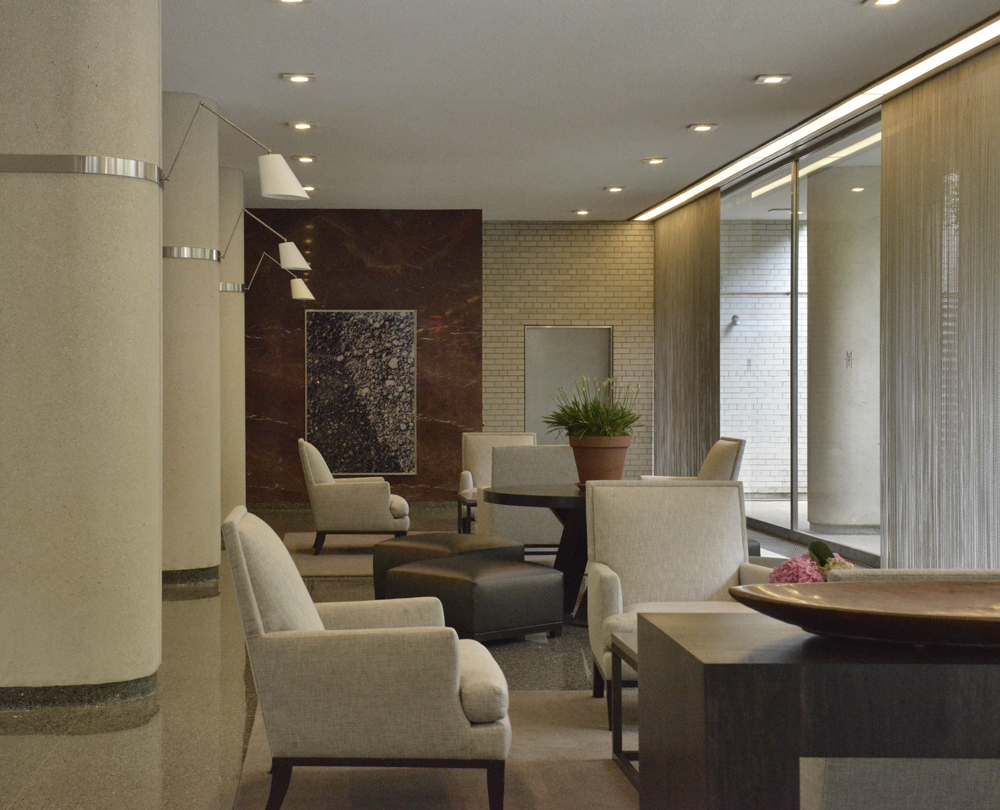 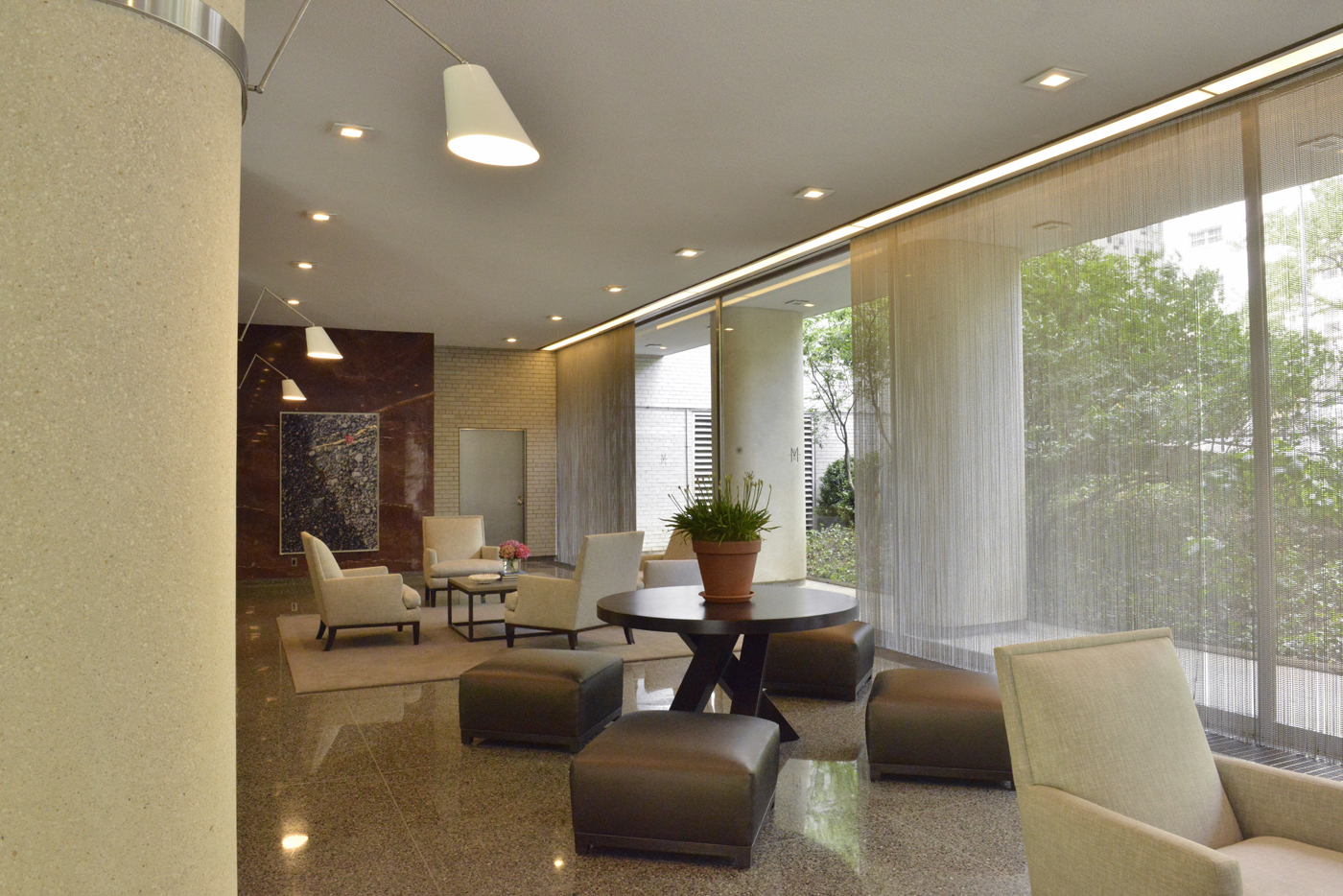 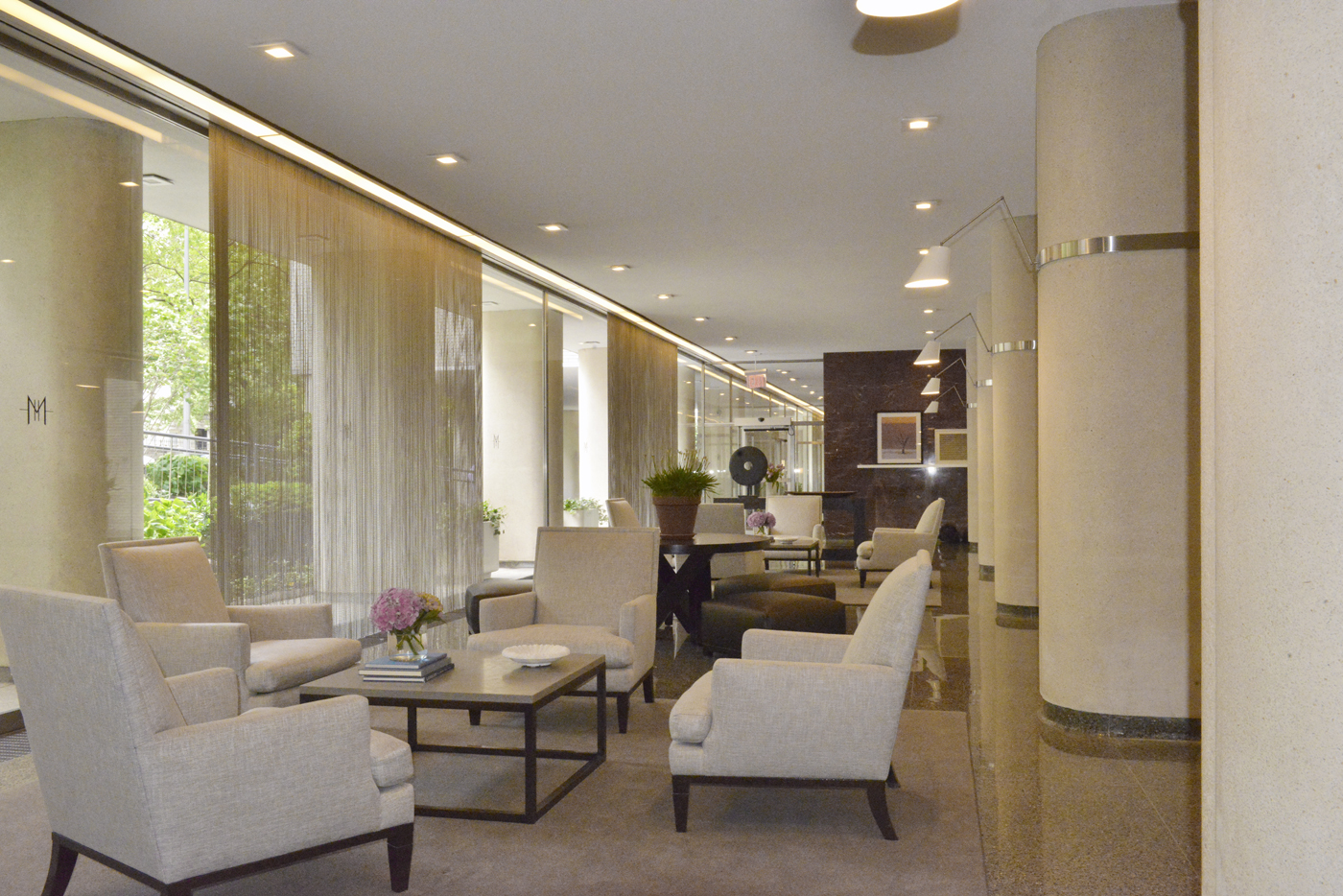 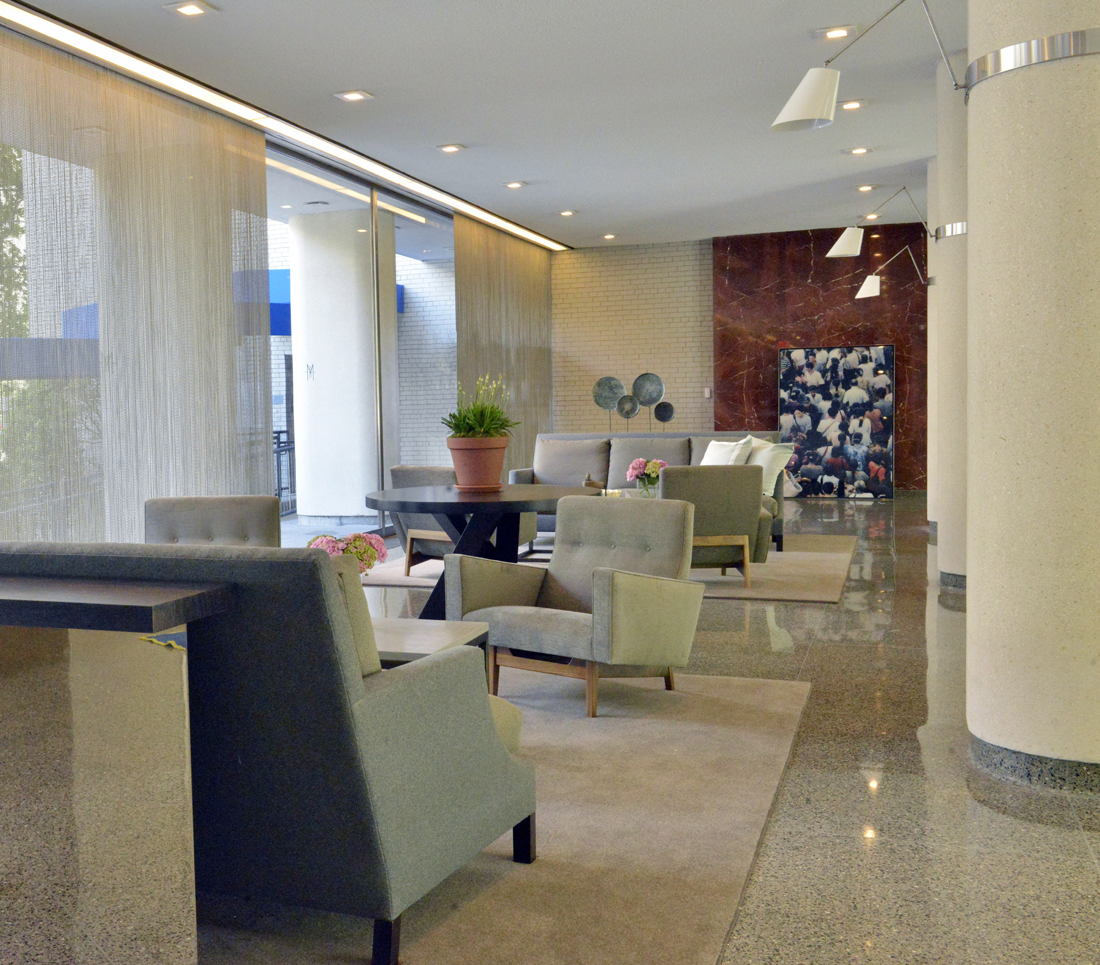 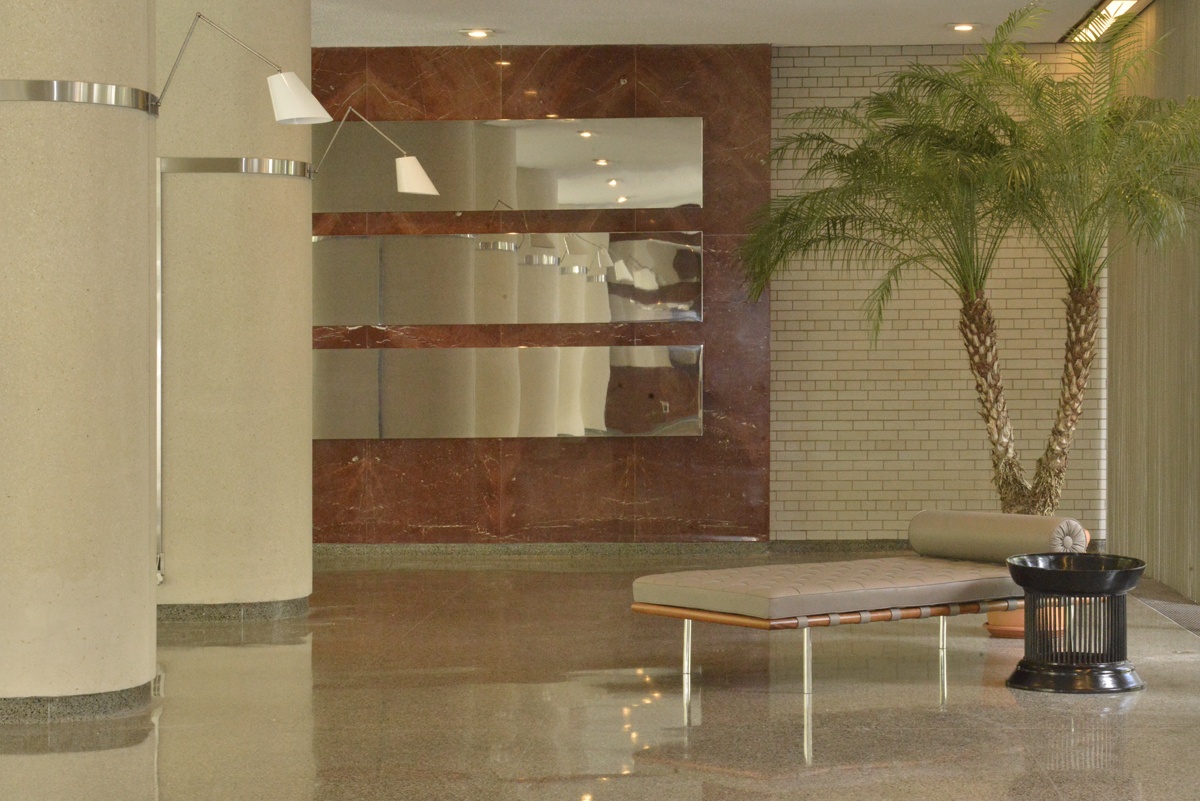 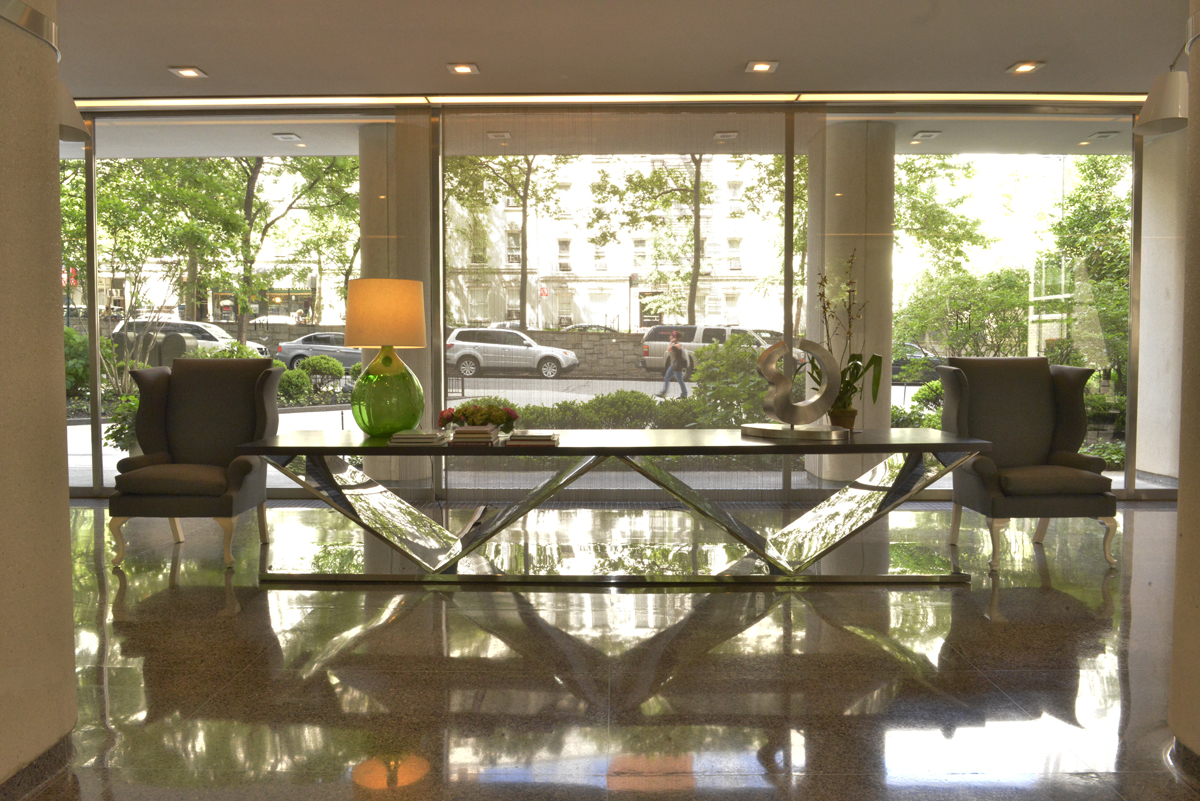 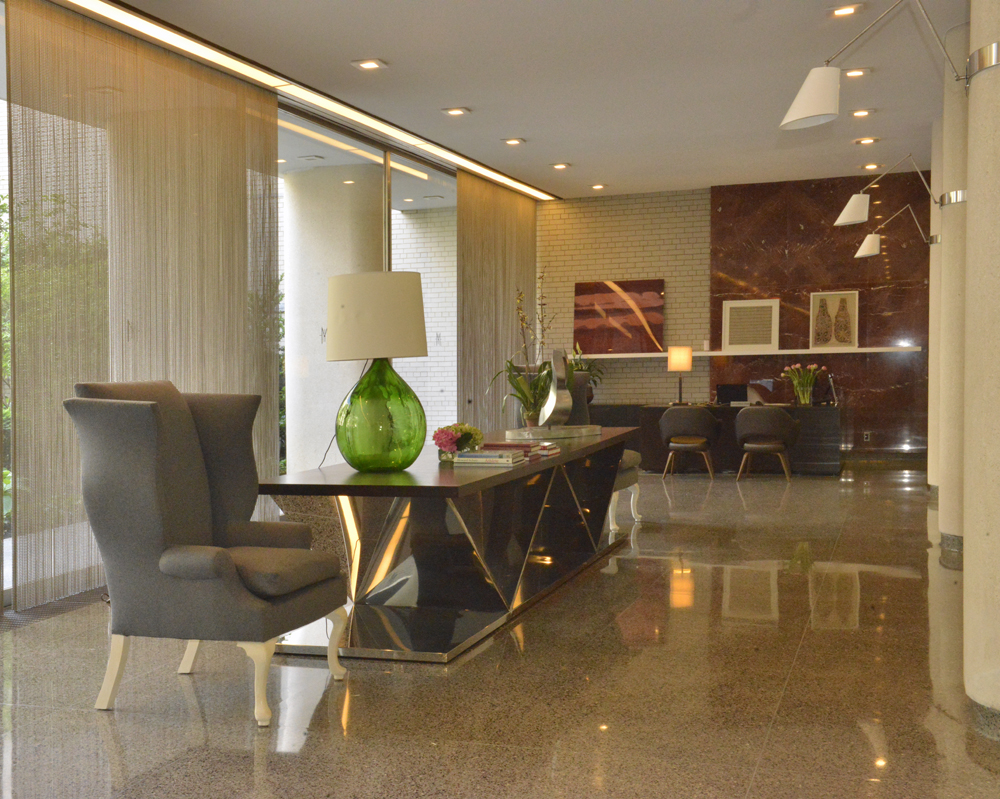 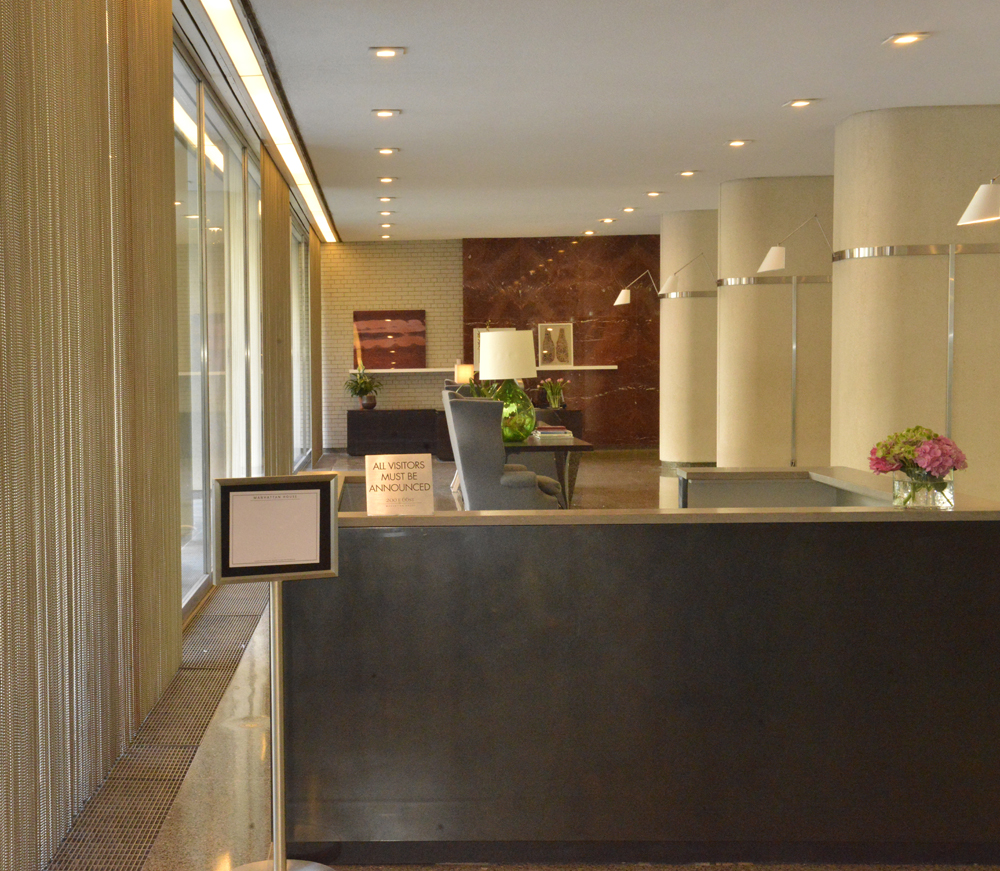 The dogtrot house, long a staple of Appalachian architecture, has been reborn just north of Charlottesville, Va. Hays...