Zoning restrictions prohibit any more towers there, driving potential buyers to the 20-story high-rise called GLASS.  It’s been designed by Rene Gonzalez and developed by David and Pedro Martin of Terra Group.

It’s the architect’s first residential high-rise, and with it, he delivers new meaning to the word transparency.

“The building is very much about connection to the environment – sometimes it uses clear and sometimes reflective glass,” Gonzalez says.  “The glass railings have a pattern that dissipates as they go up to sky, so as the building ascends, it becomes more and more at one with the environment.

GLASS is composed of ten full floor units, with a three-floor penthouse atop.  The condominium units range in size from 3,500 to 9,000 square feet.  Owners will have a 360-degree view of the Atlantic Ocean, Miami Beach and the Miami skyline.

Its site at ocean’s edge influenced the design, with an entrance that’s immersive, evoking the beachfront setting.  Porous Coquina stone, containing fragments of shell and coral, are interspersed gradually with small rectangles of blue Macauba coral, mimicking the transition between sand and sea.

“The stone becomes more repetitive as you get to the elevator wall, which is mirrored,” he says.  “It tends to make you feel the qualities of action, retraction and receding waves on the beach.”

In the apartments themselves, entry foyers feature ceilings with lighting effects that are equivalent to different kinds of night skies, from the intensity of stars in rural regions to those of an urban area.

With supply limited, the prices at GLASS are not for the faint of heart.  The smallest is listed at $9 million; the penthouse is tagged at $35 million.

So are they worth it?

For more information, go to http://www.terragroup.com/ 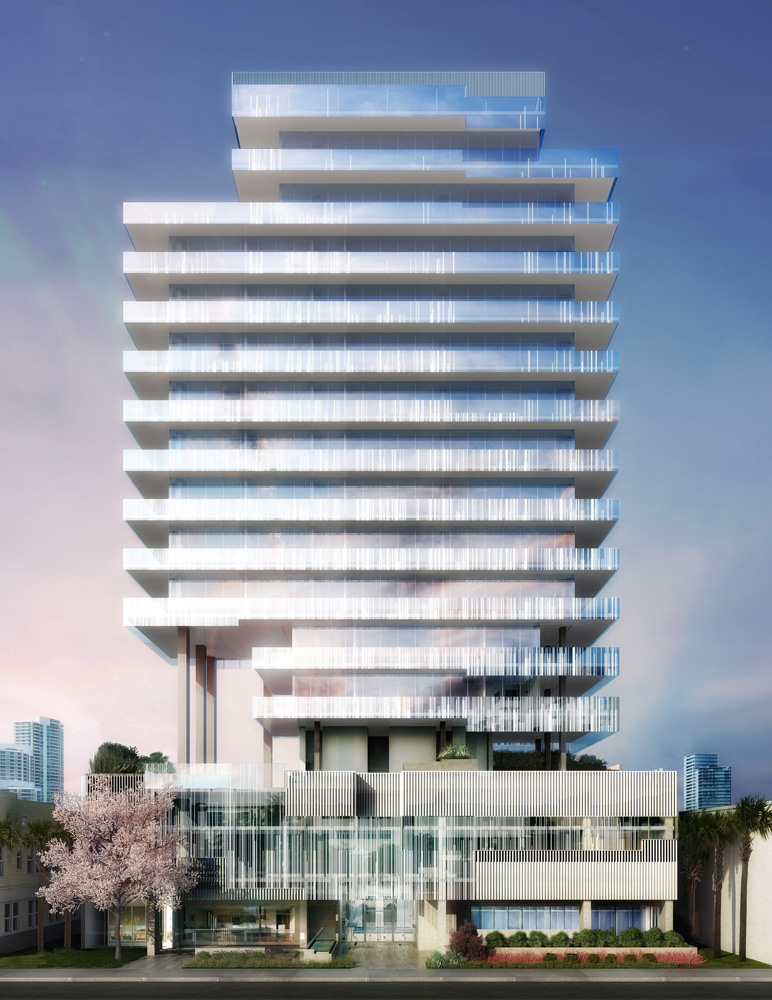 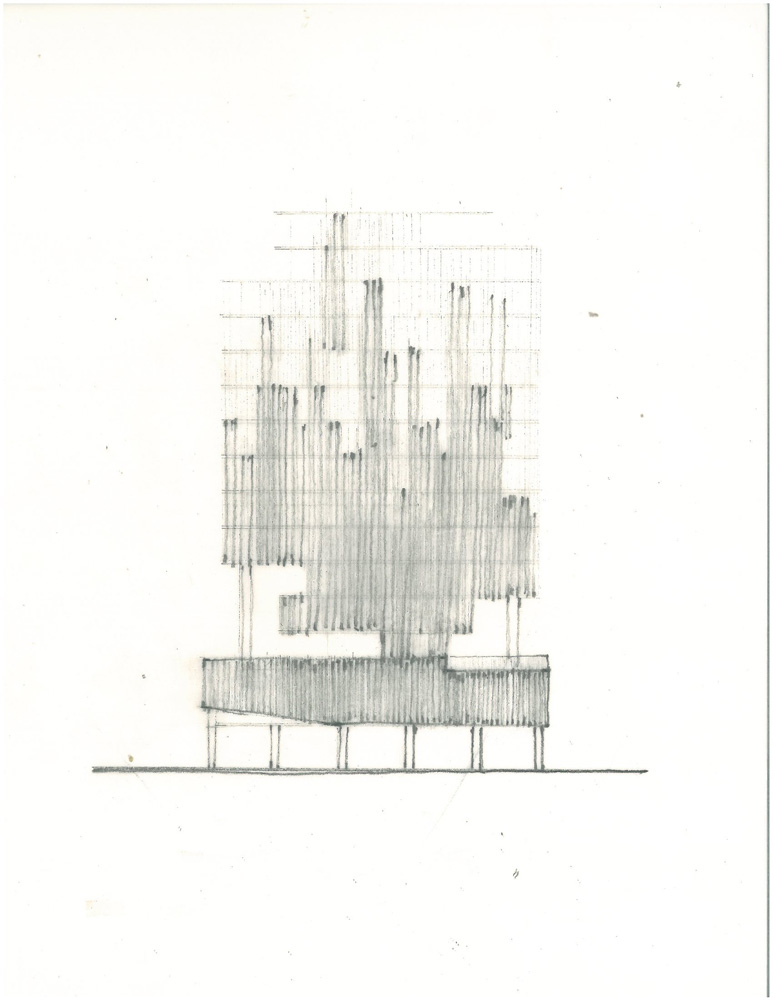 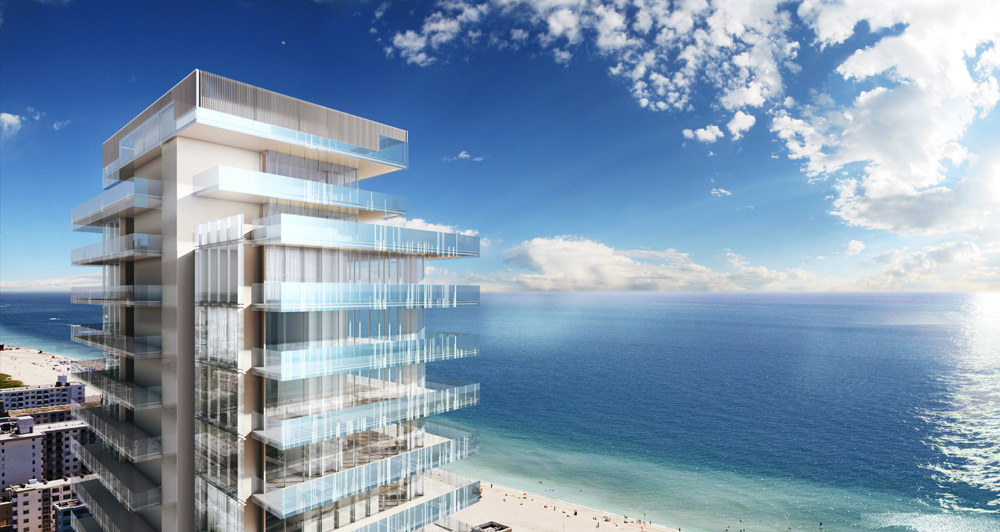 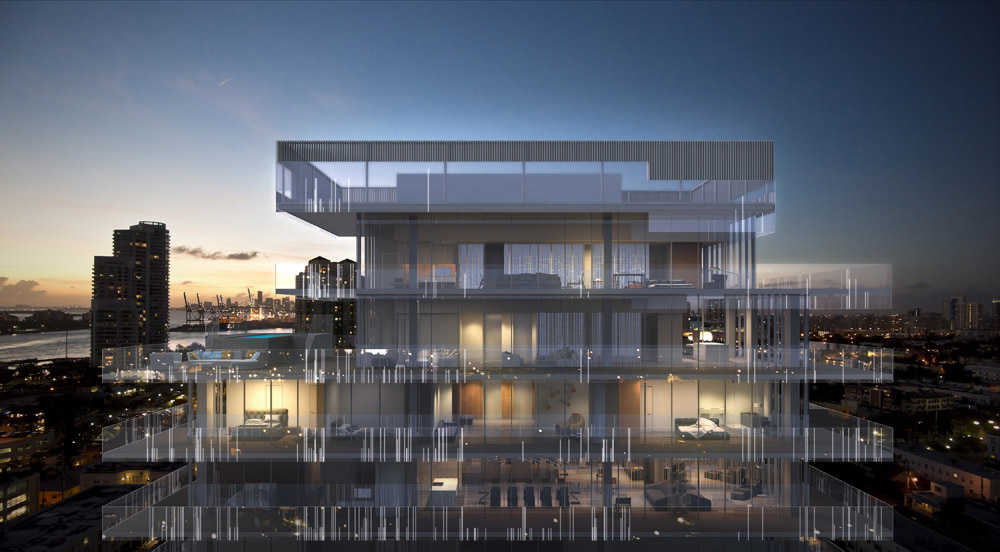 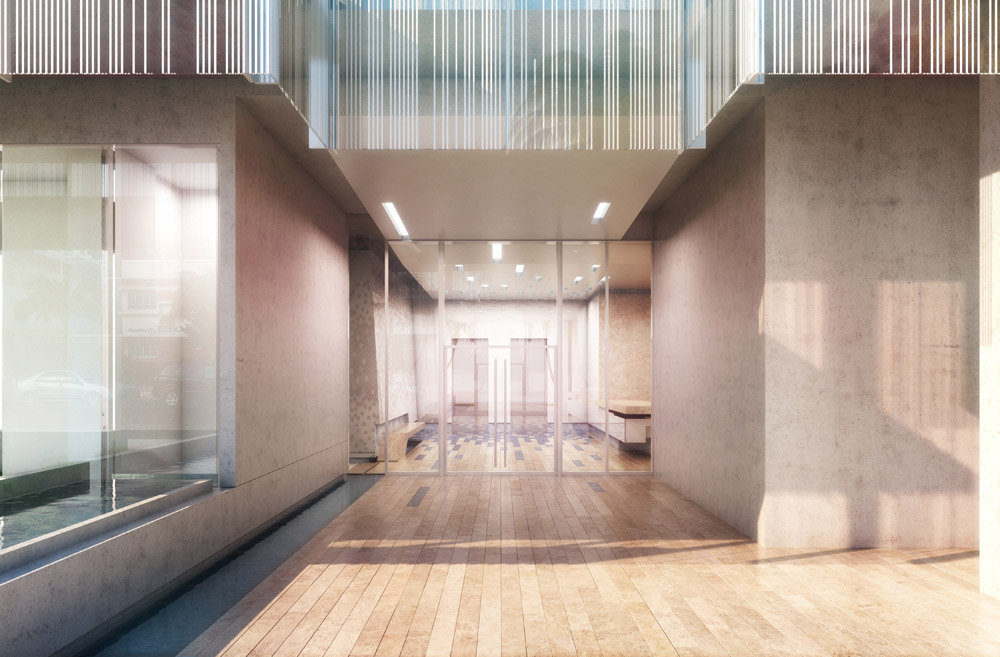 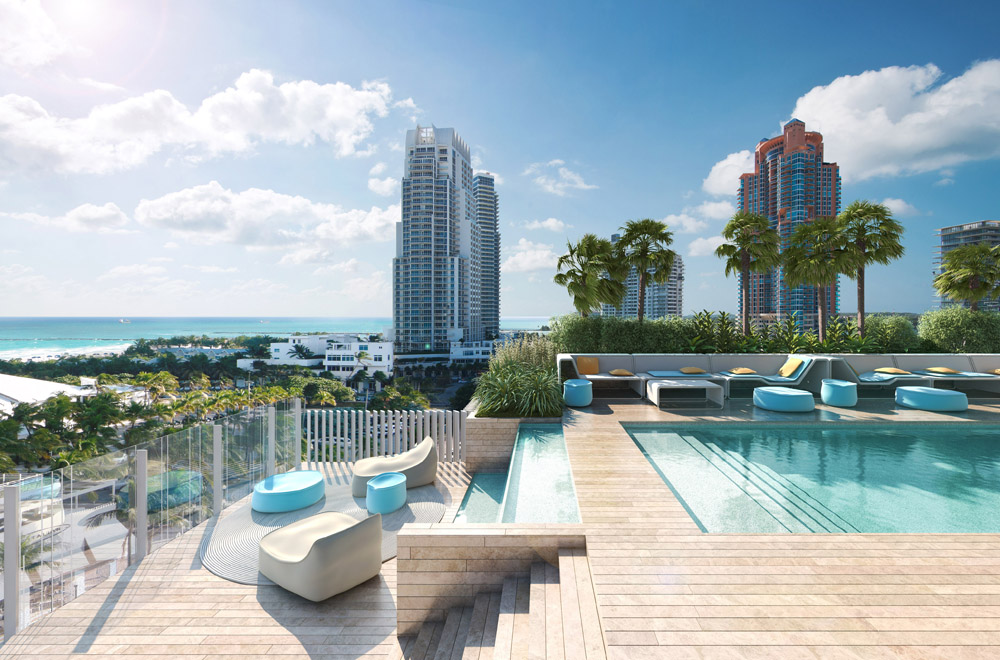 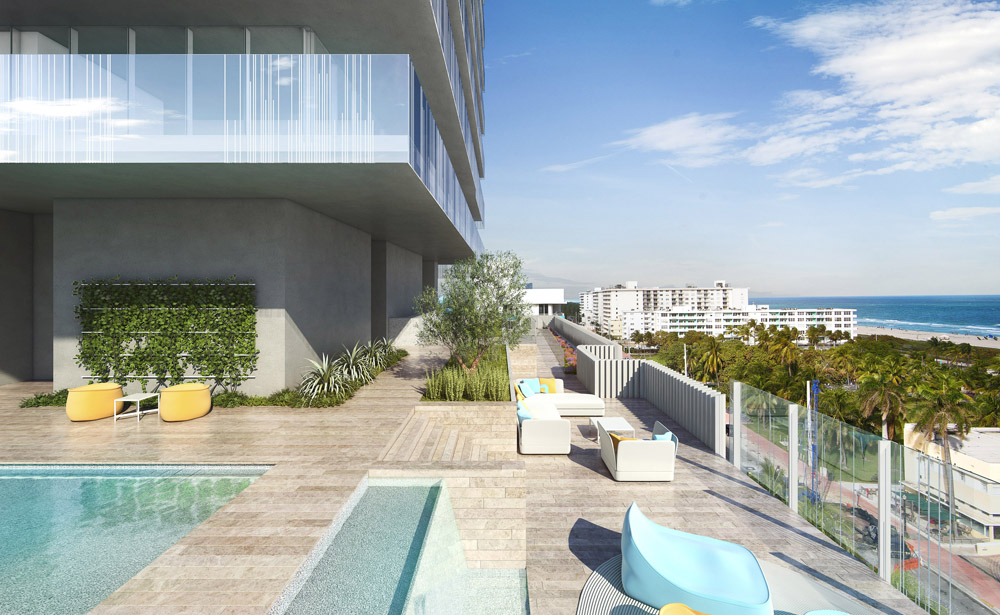 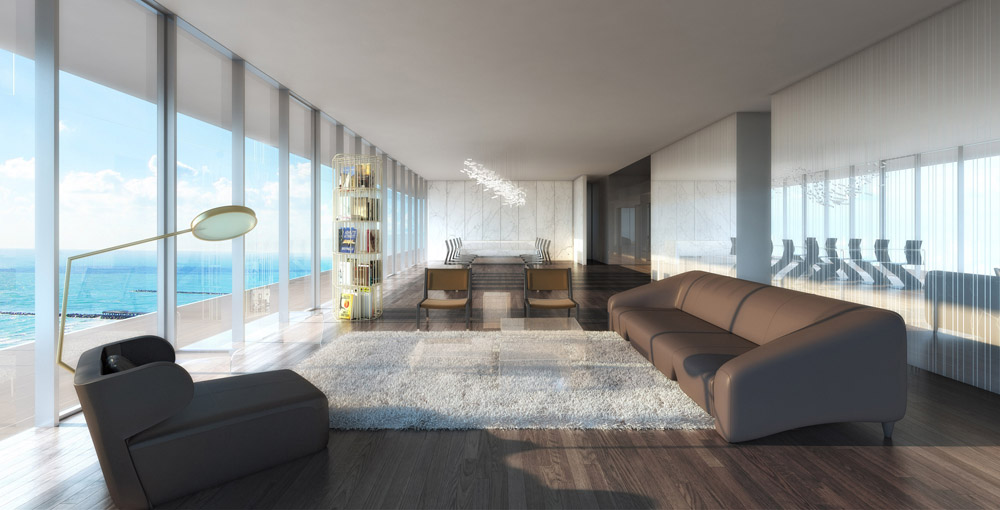 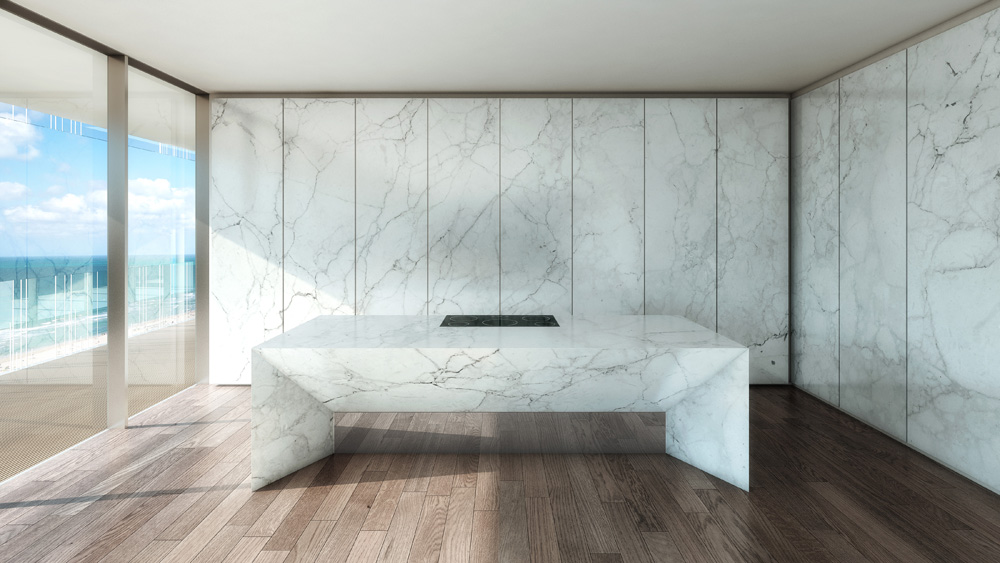 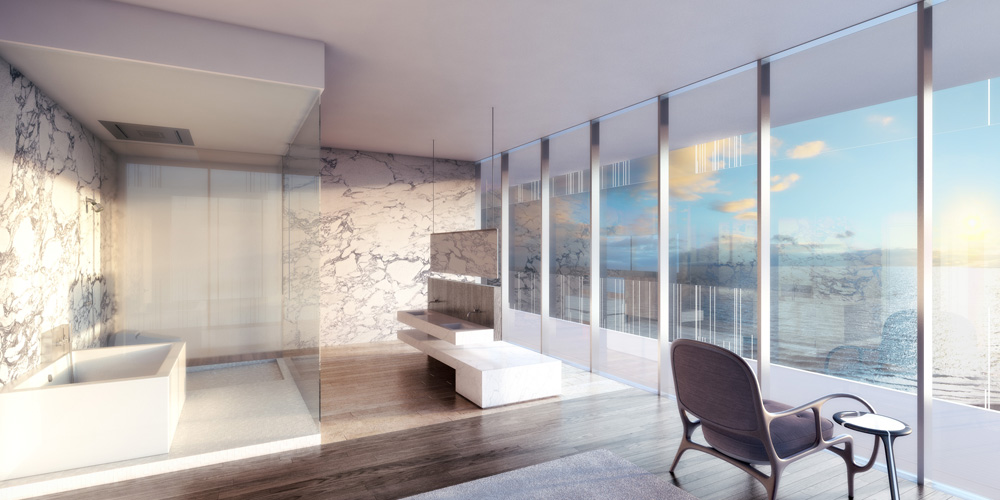 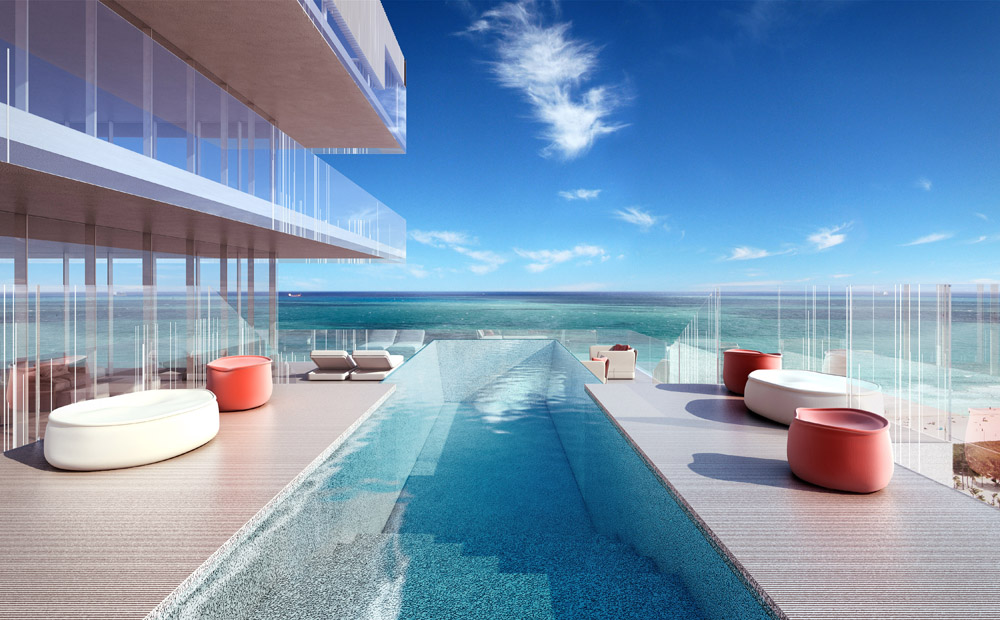 And THIS in the heart of hurricane alley? Hmmmmm.

I just bumped into this article and I find it very interesting. Comparing this project to some of the latest ones going on in Italy I can tell the attention to the environmental impact and sustainibility has grown a lot during the last years. I can find some similarities between this project you’re talking about and the Drak Tower project going on in Jesolo, Italy, obviously in a smaller way. I kind of like this modern concept that completely respects the surrounding offering an interesting contrast.

Lee Skolnick is an architect who’s interested in leading the aesthetic, philosophical and sometimes political debate about...