He started in watercolors when he was five years old, inspired by his mother, a fashion designer and devoted painter who’d live to see her own show at the Guggenheim on her 100th birthday.

In 1976, he’d join with two partners in to establish Kohn Pedersen Fox Associates, designing some of the world’s tallest buildings, in New York, Paris, Korea and Shanghai.

But all the while, there were his watercolors.  His buildings could take a decade to complete, while his paintings could be finished in just a couple of hours.

“Architecture is my work, but art is my way to relax,” Gene Kohn said.  “When my friends had children, I’d take their names and make paintings out of them.  A lot of them are grown now, but they still have their paintings over their beds.  It made people happy.”

In October, His cityscapes and landscapes will be on exhibit at the Hong Kong Land Rotunda, with a silent auction to benefit cancer research at Sloan Kettering and the Hong Kong Cancer Fund.

“This show in Hong Kong is for cancer research, because two young women in two of our offices – in London and New York – are suffering now from cancer,” he said.  “Any money earned will go to these charities.”

Though he works also in acrylics also, he favors watercolors.  “You have to do it before it dries, and you get interesting results where the colors meet each other,” he said. “It’s very free and rewarding, and not overworked.”

“It all depends on what I’m trying to say about the city,” he said.

For more on Gen Kohn’s paintings, go to http://www.belgraviagallery.com/Works_Art_by_Eugene_Kohn.htm

For more on Kohn Pedersen Fox, go to http://www.kpf.com/ 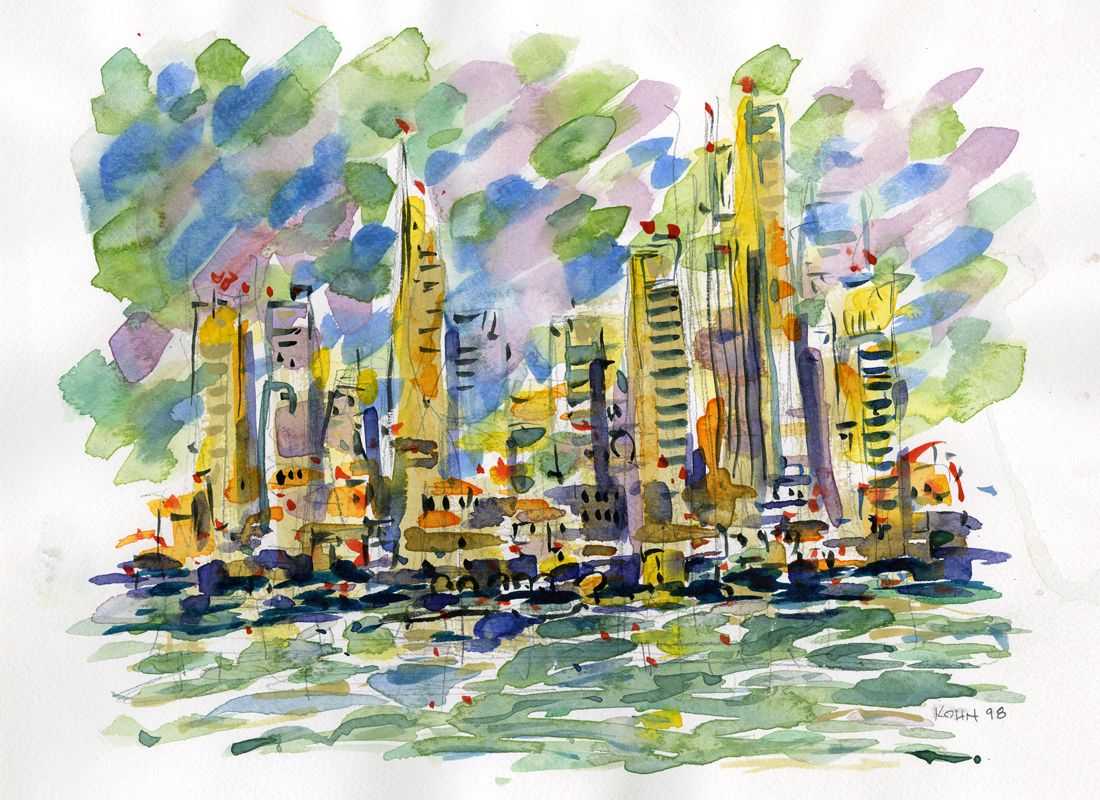 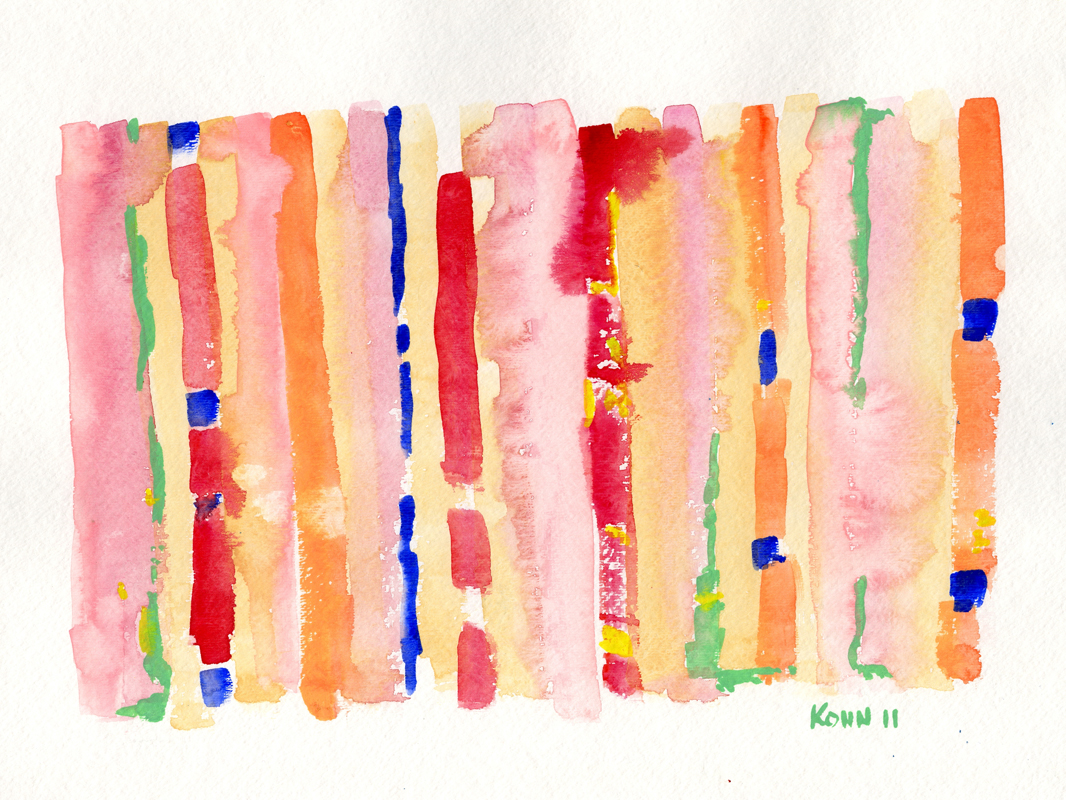 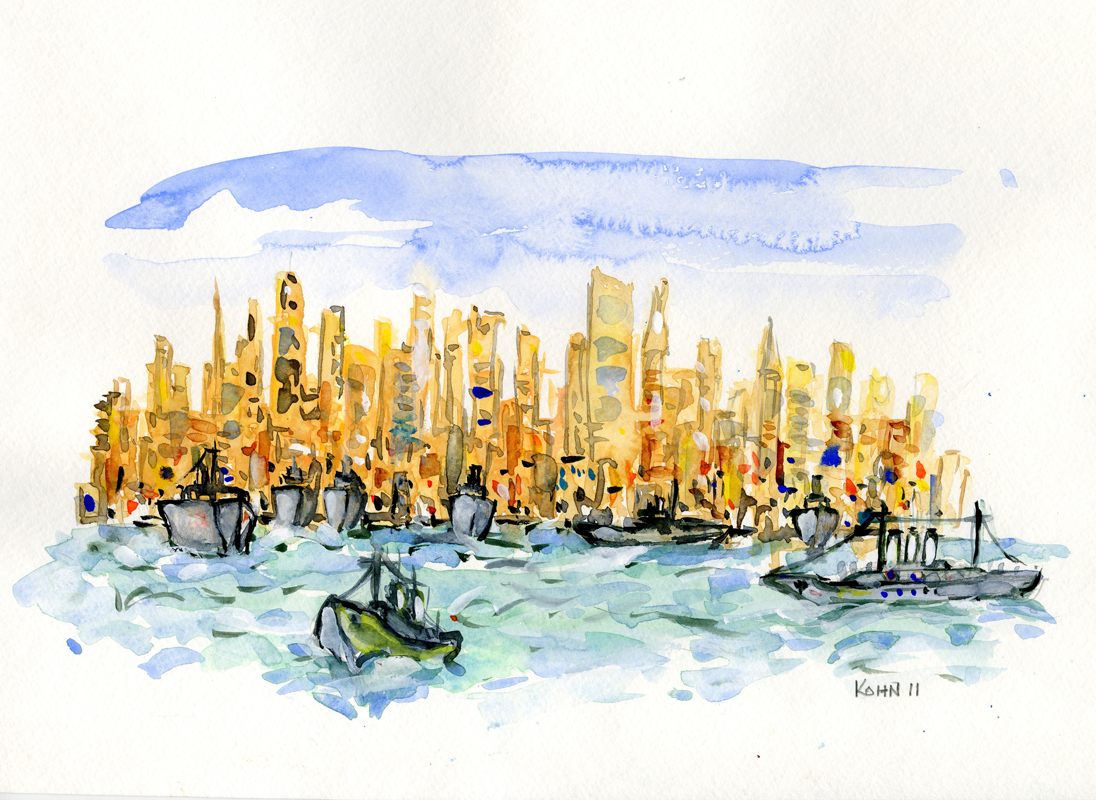 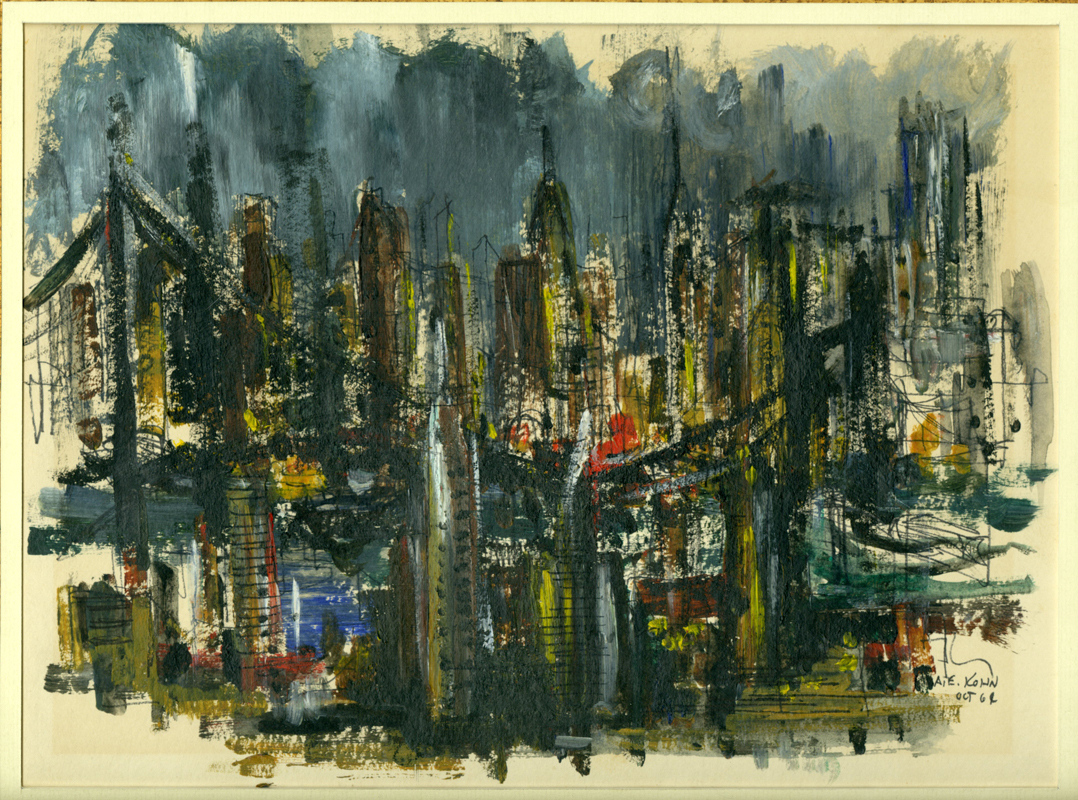 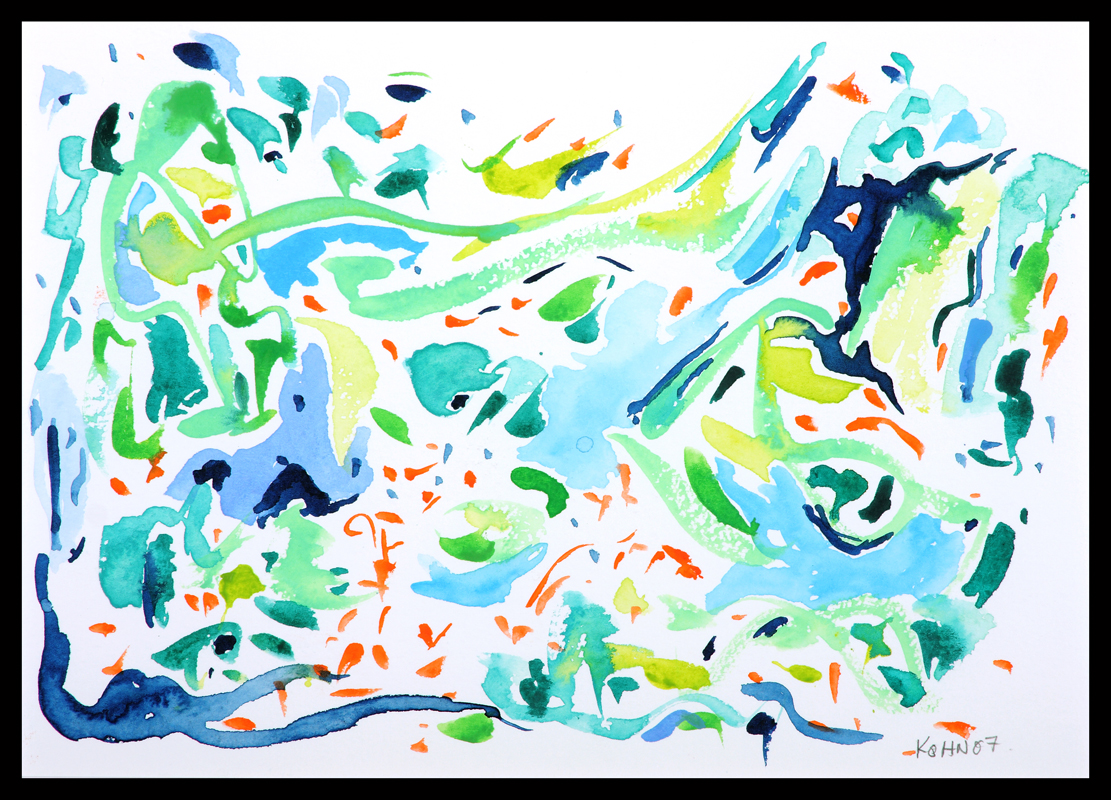 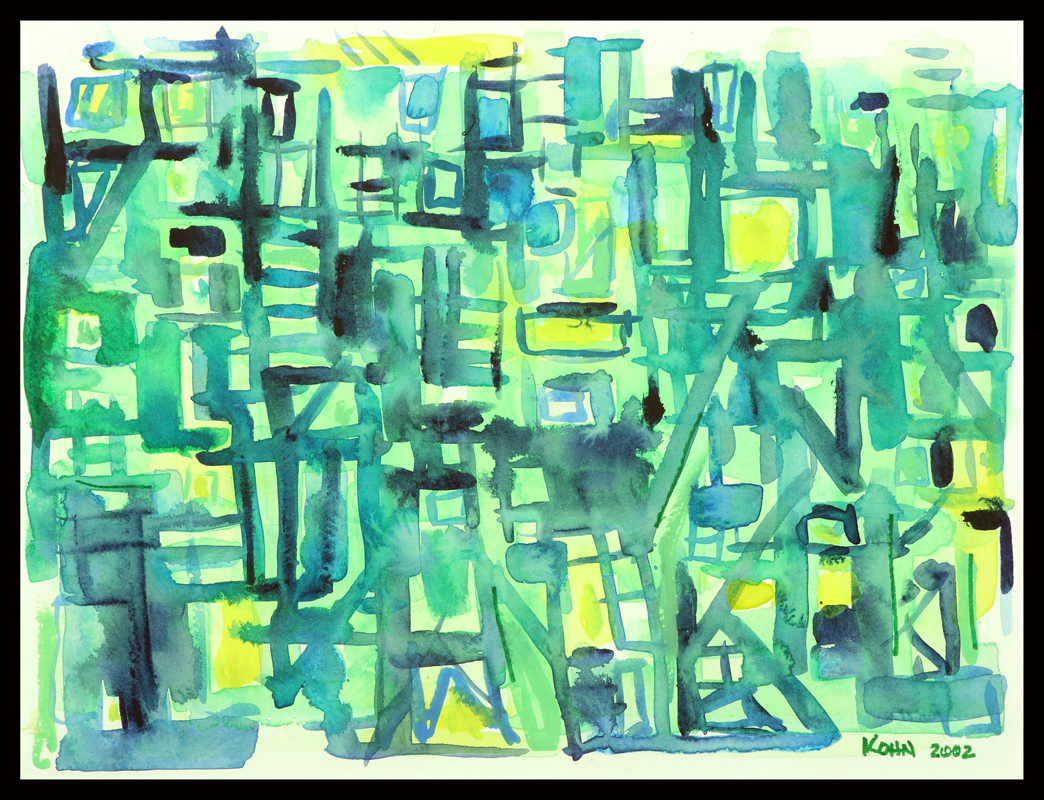 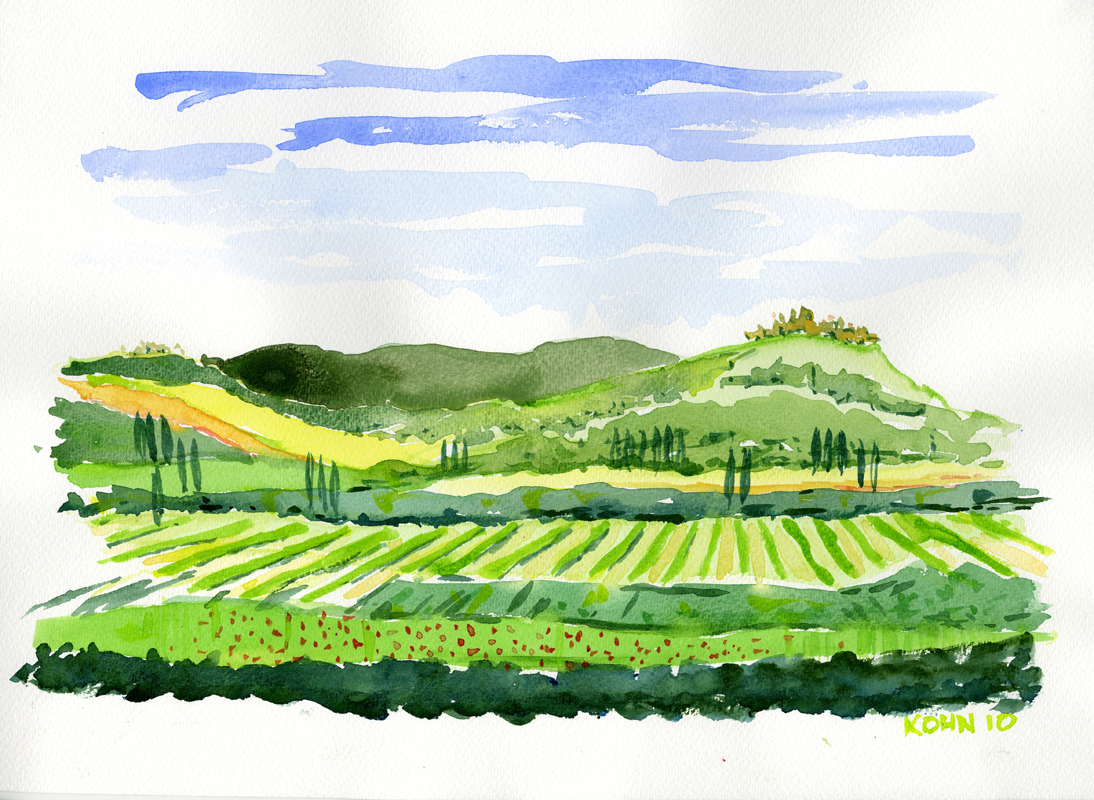 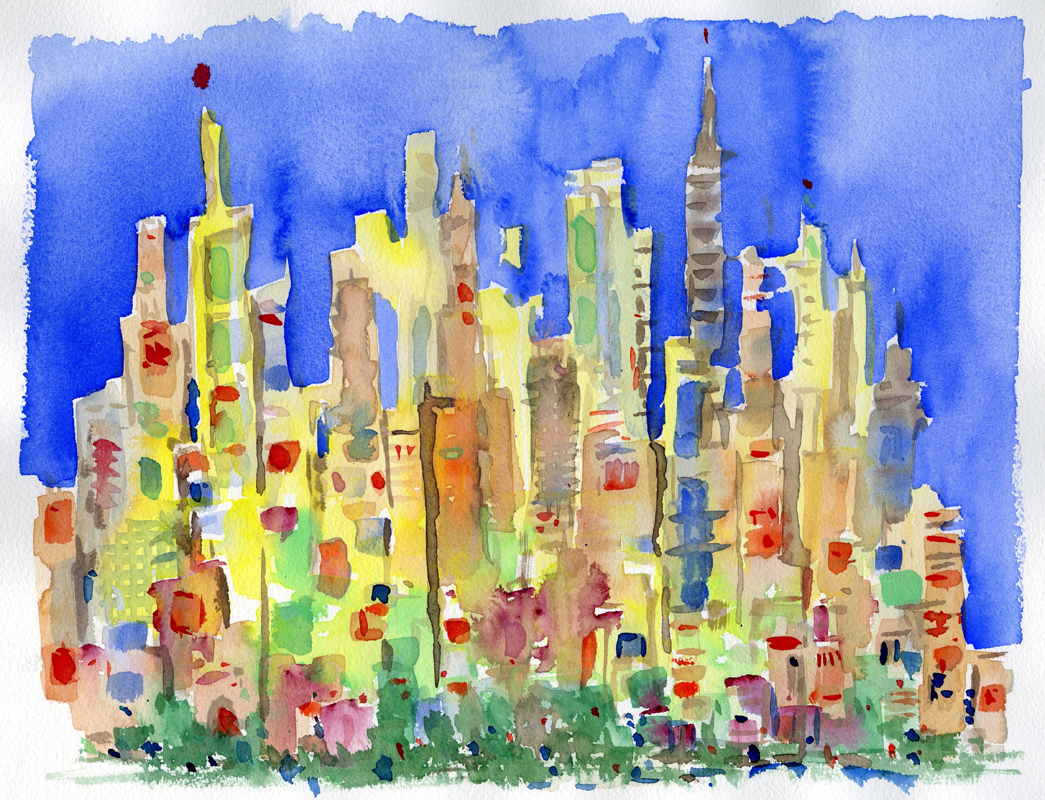 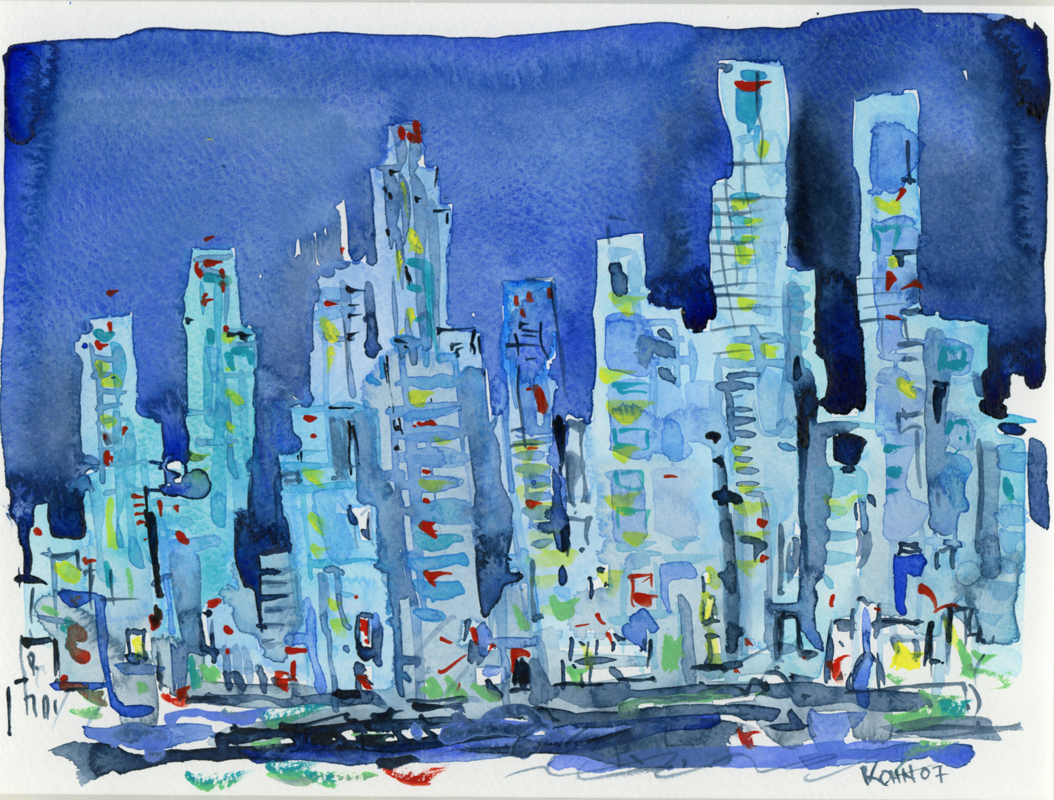 In Surrey, B.C., a Library by Bing Thom

In Mason City, Iowa, a town blessed with more Prairie School residences than any other in Iowa, a group of preservationists...