What’s an architect to do when asked to make a headquarters building out of a mass of metal scraps scattered out over a ten-acre bone yard for one of the nation’s largest steel, crane and fabrication companies?

For Carrboro, N.C.-based Weinstein Friedlein Architects, an inventory of precisely what Buckner Companies had on hand was the first order of business.

“There were steel beams, laminated wood from the new Raleigh Durham Airport (RDU), and all kinds of decking and girders,” says Ellen Weinstein, principal in the firm.  “Some of it was 15 feet tall and 60 feet long.  There was a pedestrian walkway from the UNC Chapel Hill campus that’s now part of the building.”

If part of the firm’s challenge was to make use of as much of the bone yard’s leftovers as possible, another lay in designing a building that created a teamwork-oriented building to augment the company’s former rabbit-warren of offices.

The new building is an open and airy, keenly articulated tutorial in the use of a wide variety of steel connections: bracings, boltings, weldings, and pinnings.  One of the laminated beams left over from RDU was cut and a crane was set up to thread it through a series of columns eight times.

“The idea was to only use what made sense – to organize it all,” says Weinstein.  “We needed to bring a sense of discipline and rigor to the design, rather than use everything.  It needed some discipline.”

Still, they managed to use 83 tons of steel in the new building, with 40 percent of that coming from the bone yard.

For more on Buckner Companies, go to http://www.bucknersteel.com/

For more on Weinstein Friedlein Architects, go to http://www.wfarchitecture.com/ 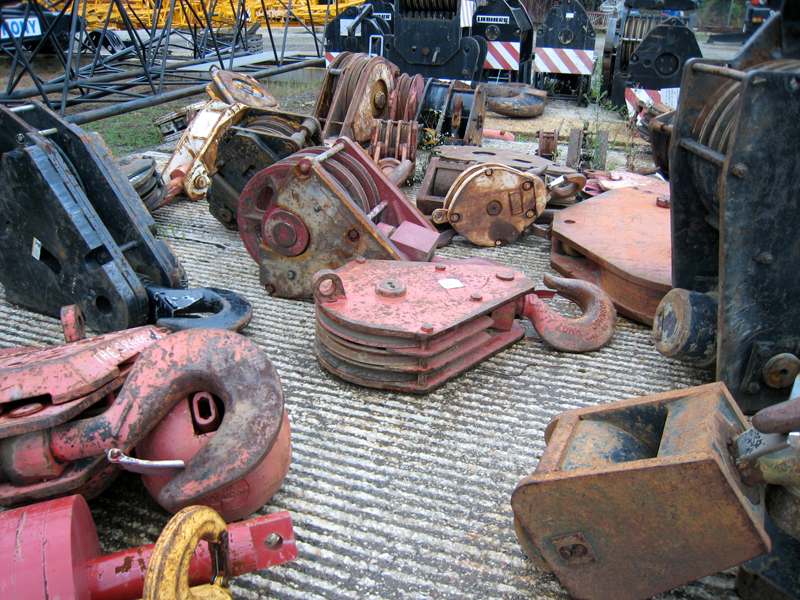 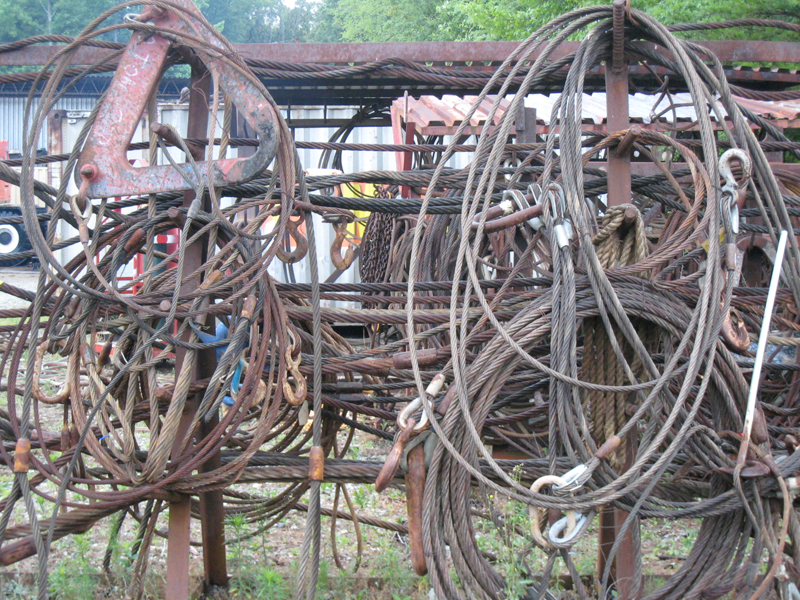 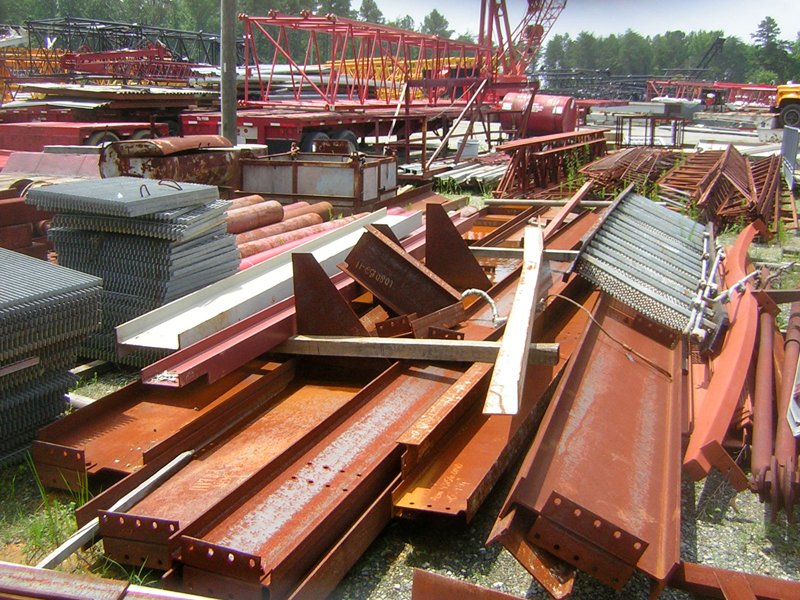 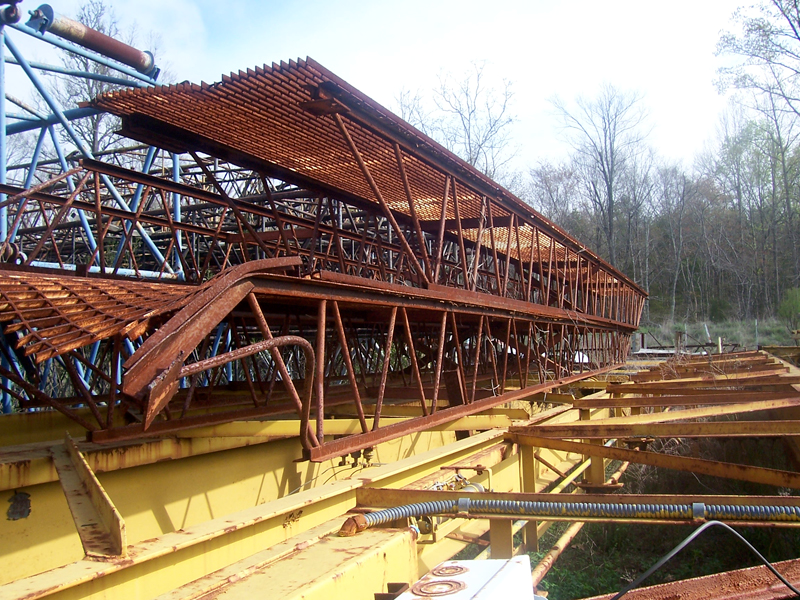 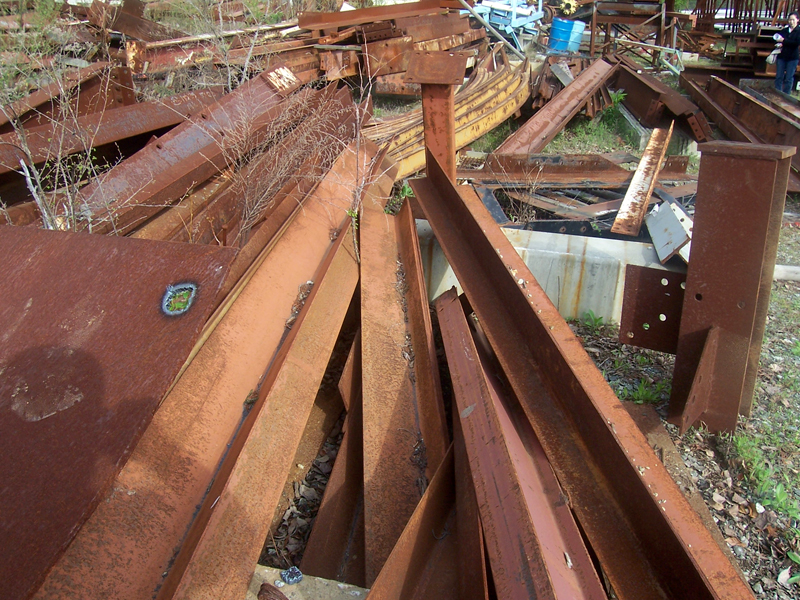 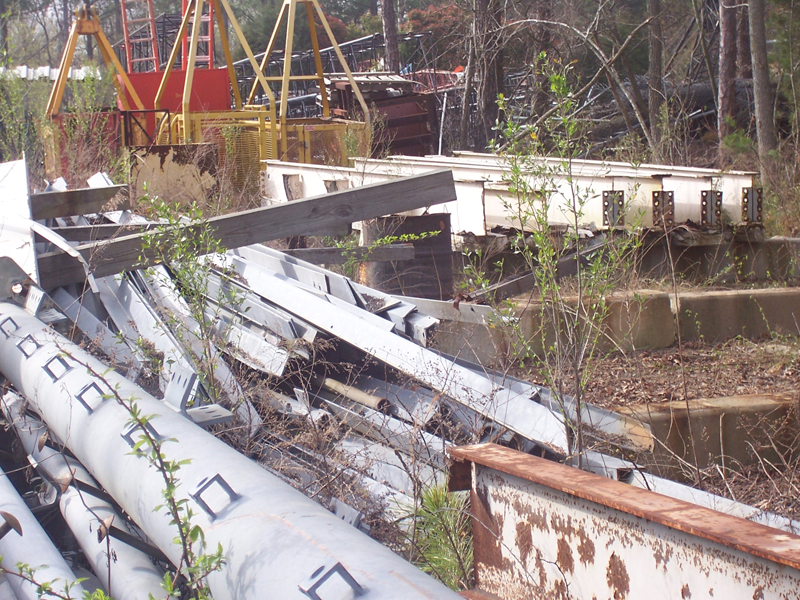 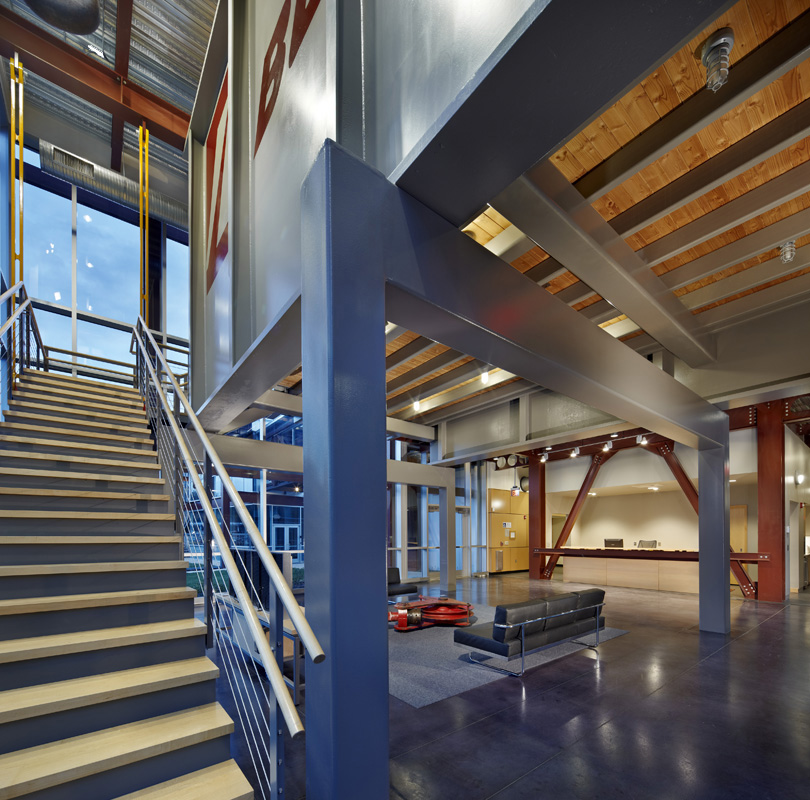 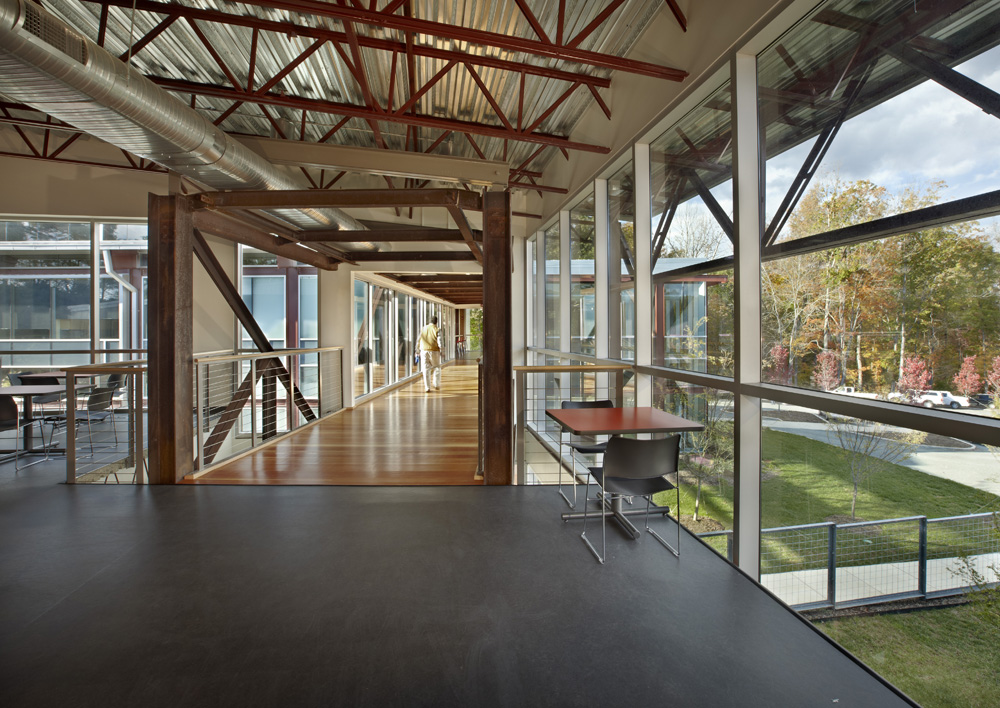 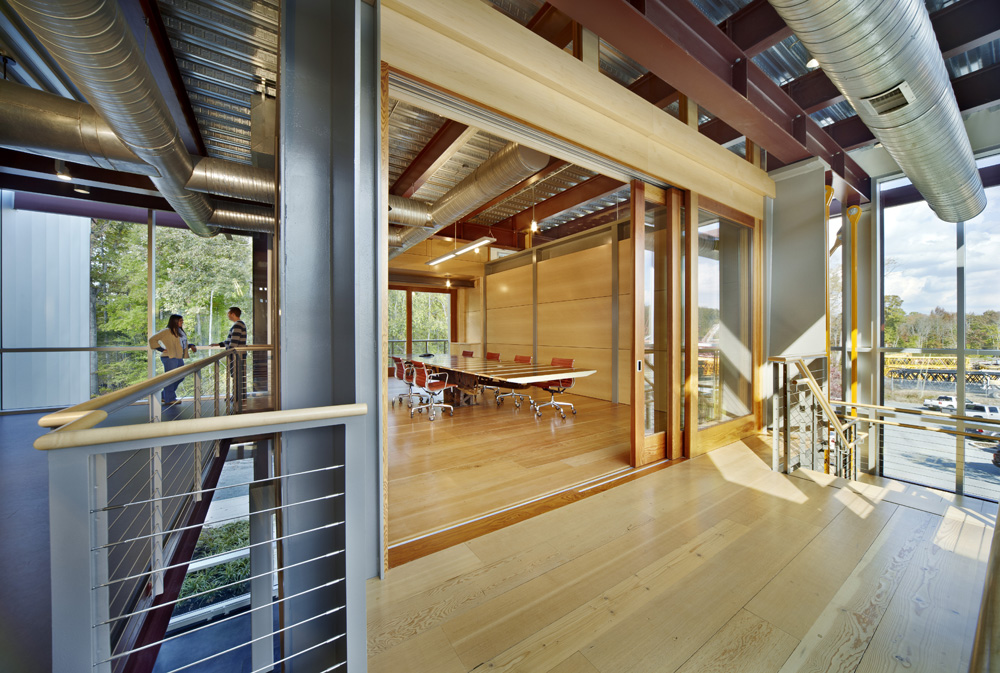 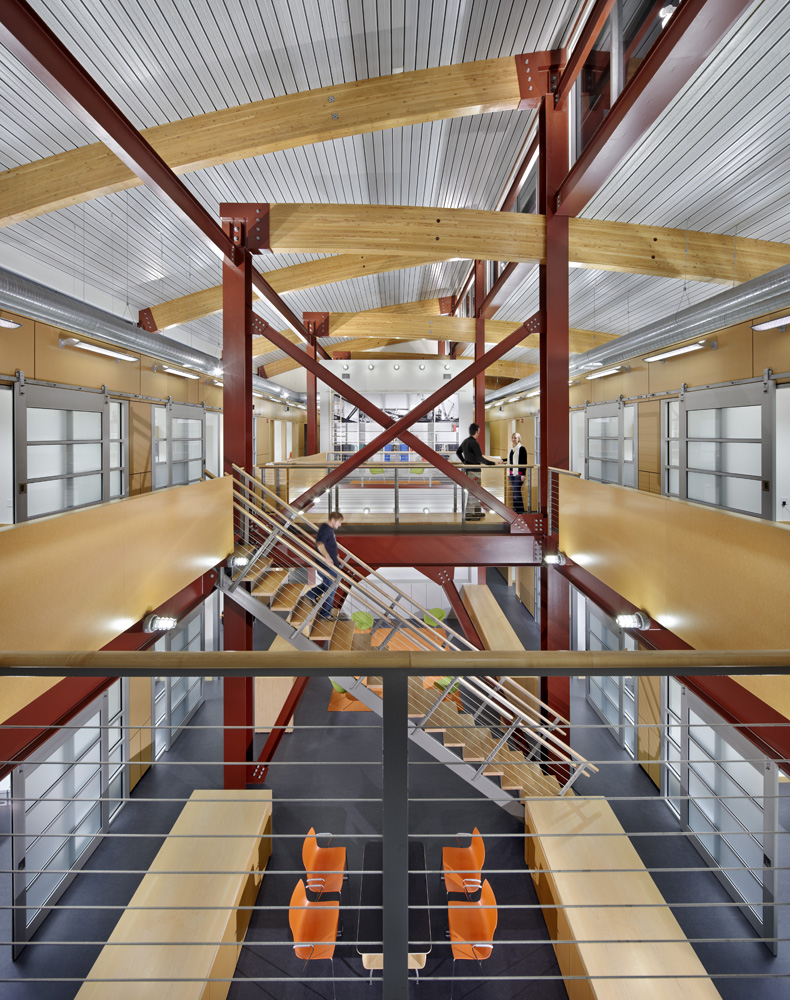 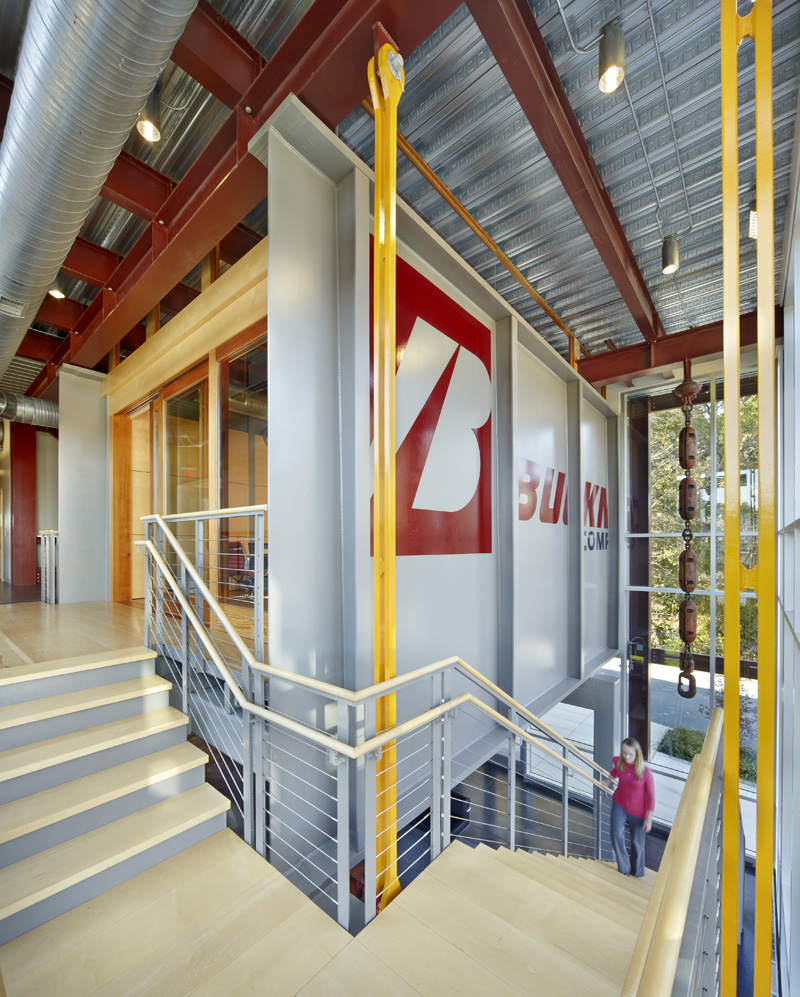 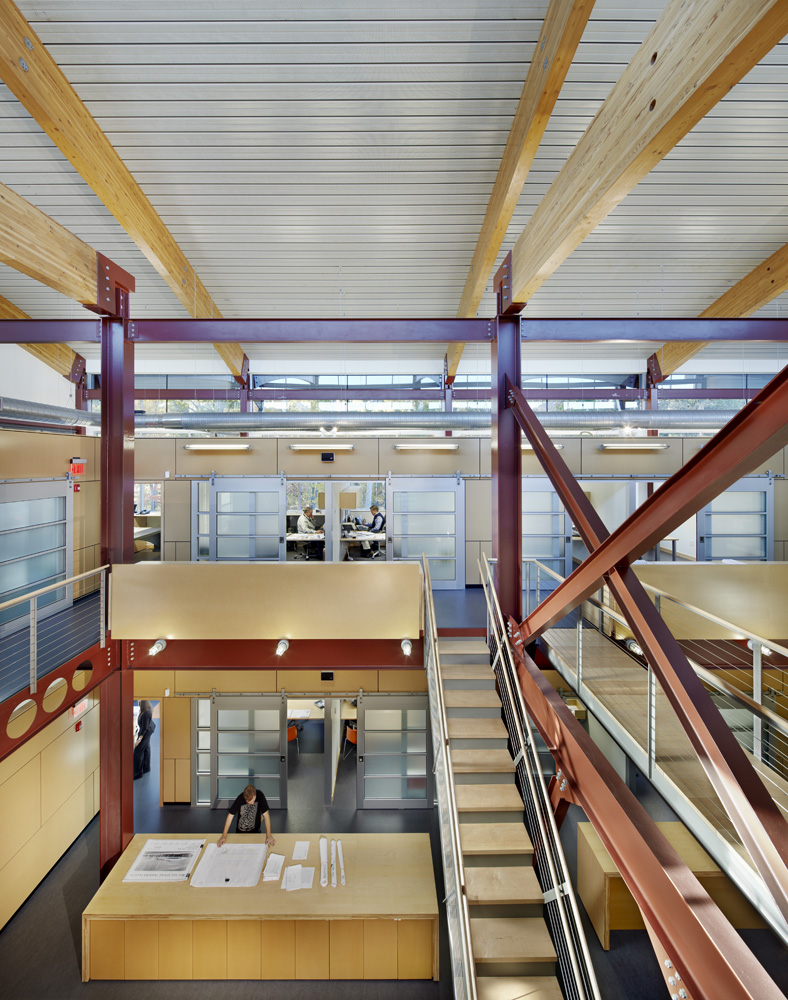 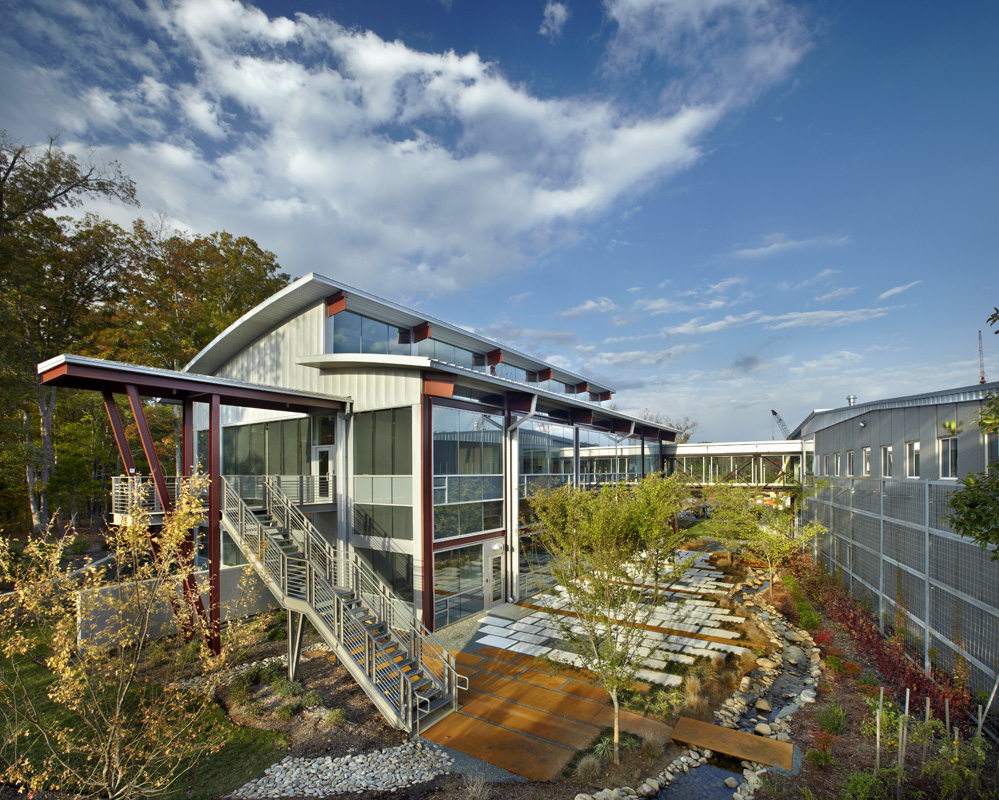 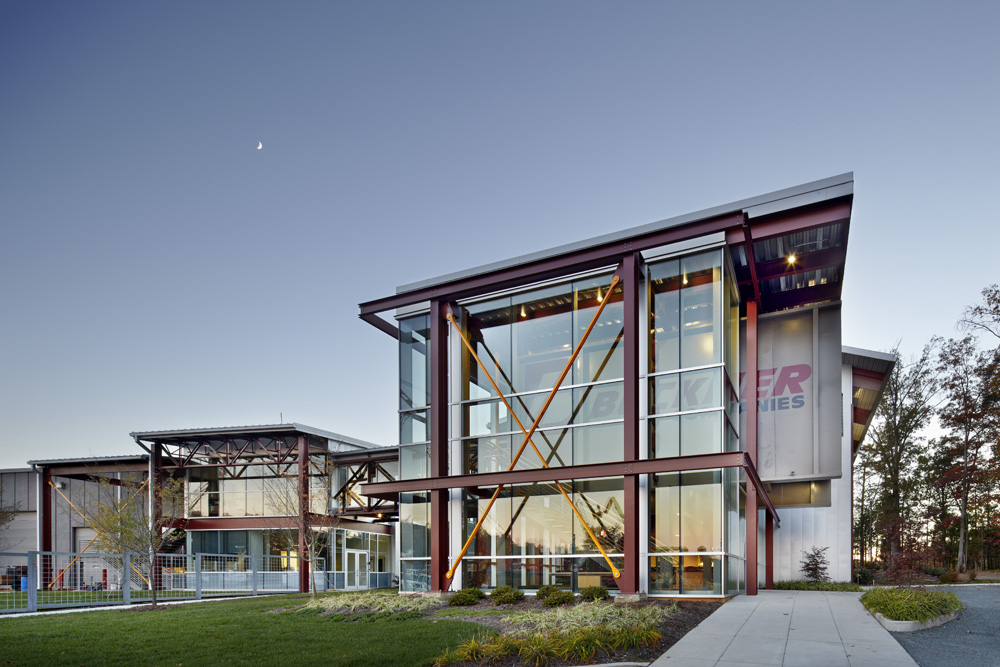 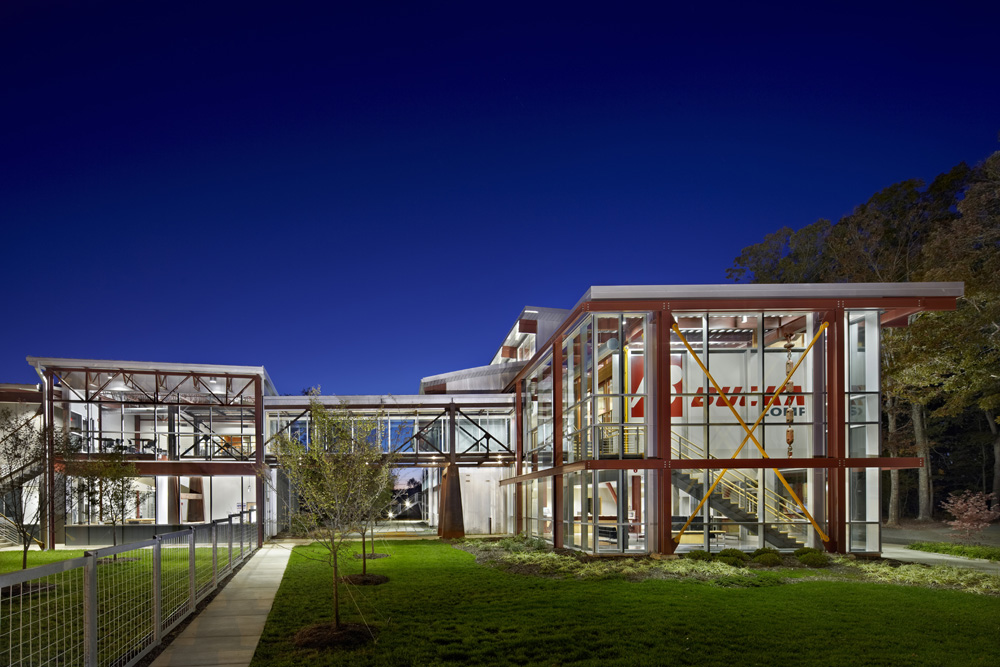 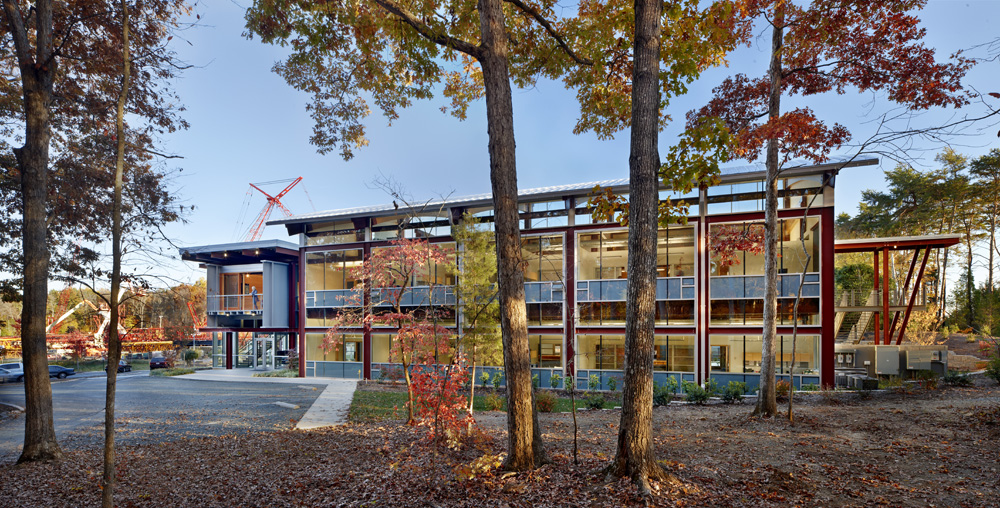 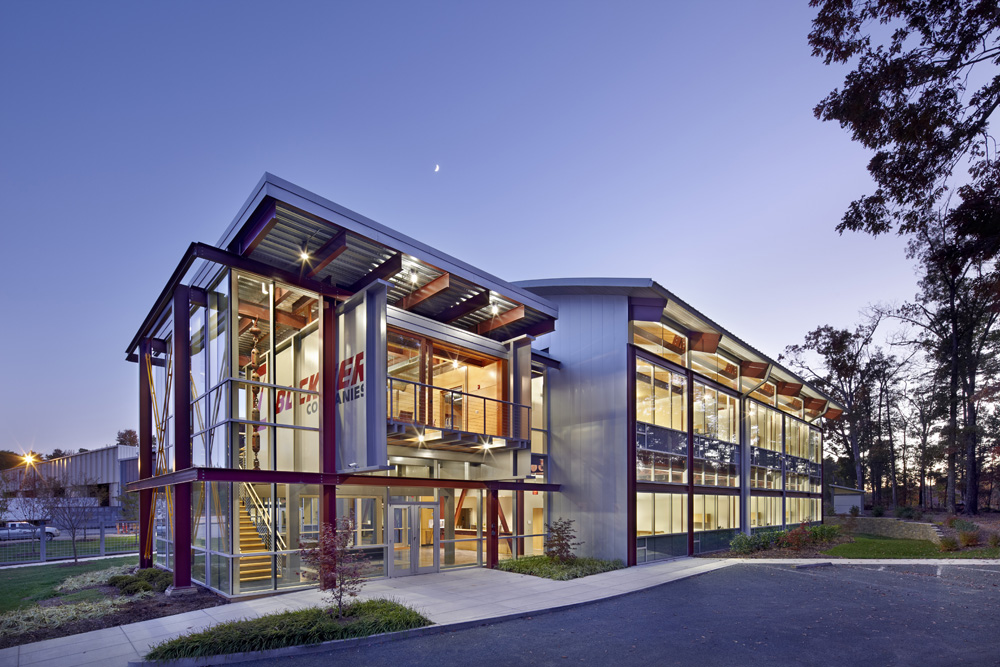 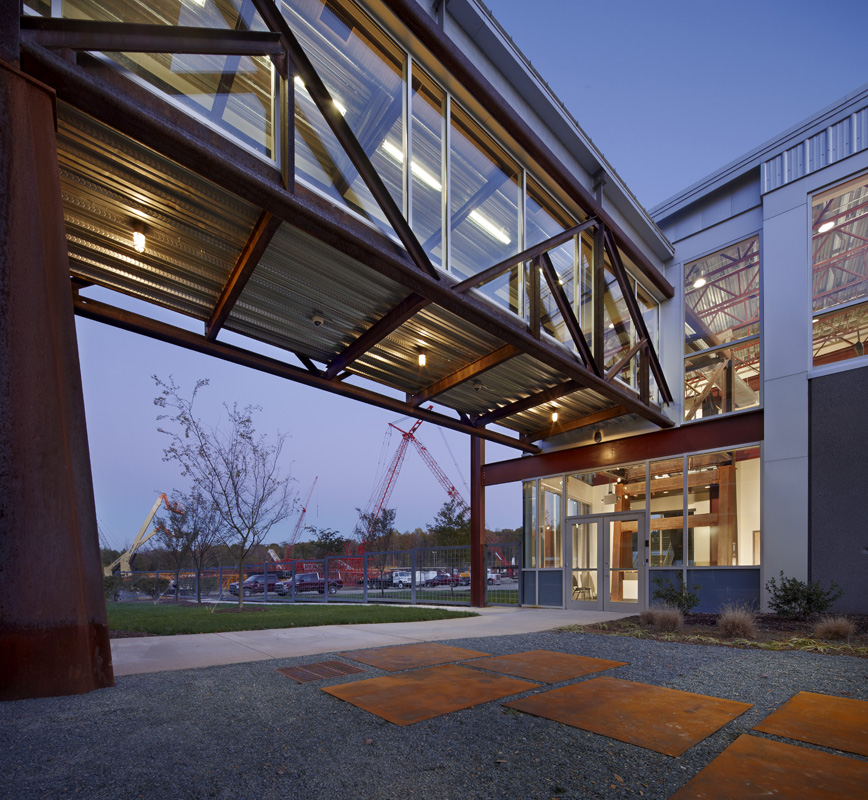 Nice article, great photos and a really fresh, top notch building. I like it!

It’s an agrarian tale with an historic twist. On one of George Washington’s five farms in Northern Virginia, scaled...