Kelly Kole, the Atlanta interior designer, was pleasantly surprised to get a call from Brizo Faucets not long ago.

The high-end faucet company was asking her to design a set that placed a new bridge faucet front and center – for the sole purpose of being photographed.

“I was just honored,” says the native of Princeton, N.J. and graduate of the University of Richmond. “Of all the talent out there – I don’t specialize in kitchen and baths, but I think they knew I think outside the box and can be flexible.”

Brizo sent along a series of inspirational mood boards showing fashion, nature, metals, and florals for the project, in an upscale anthropological approach.

“As soon as I saw them, I thought of my grandmother’s house in Westhampton, N.Y., and its Happy Days table with the laminate top and the stainless steel legs and chairs,” she says. “It’s a farmhouse, but they wanted an upscale farmhouse.”

So she got to work on a hybrid of the two, designing a square kitchen that’s symmetrical so that the faucets can’t be missed. One’s over the sink, and the other’s mounted above the stove, a pot-filler that can swivel left and right.

She brought in three barstools with pendant lights above, to create a kitchen that surrounds a large island, and then mixed in hand-scraped hardwood floors, exposed beams in a vaulted ceiling, and added a window with mullions and repurposed wood shelves. Then there’s the screened pantry with its yellow-painted door from Vintage Doors.

“It’s got all the old textures but it’s mixed in with a backsplash of Earthenware tile in Soft Jade in a Marrakech pattern from Ann Sacks, a white retro stove from Big Chill, and a countertop of Carrara marble,” she says. “It’s kind of a high-low divide in its feel, and something that anyone could relate to.”

The design took two weeks to complete; the project was then built, photographed and dismantled.

But it served its purpose.

“Because it was a set design, it was important to me for it to photograph well,” she says.

For more information, go to http://www.kandrac-kole.com 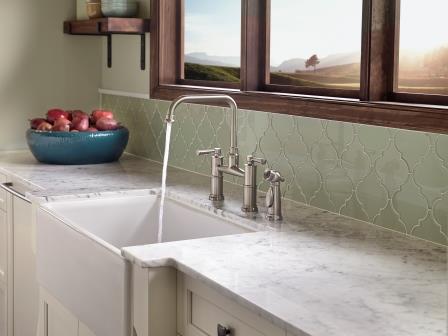 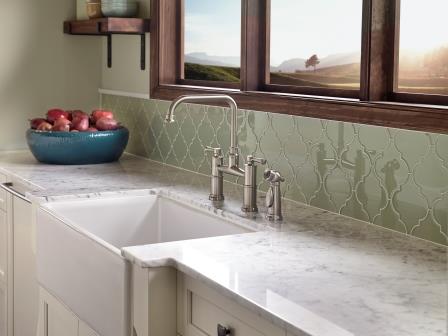 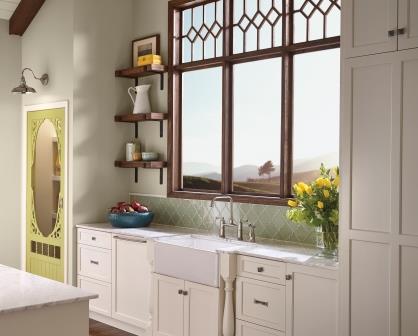 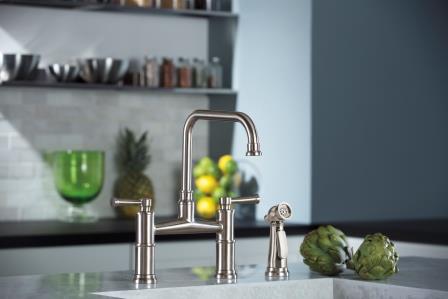 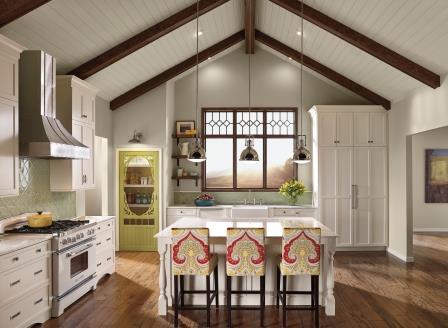 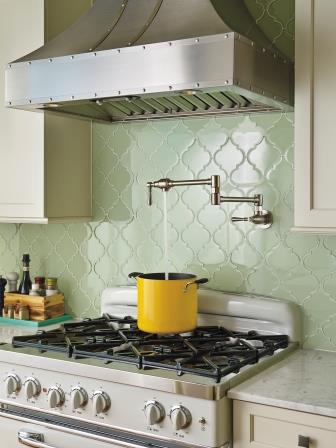 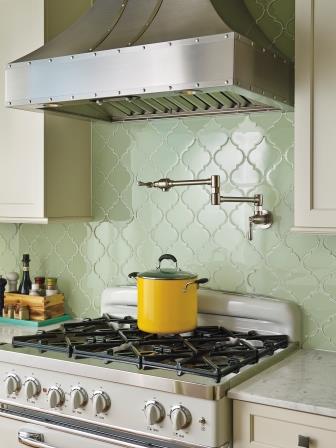 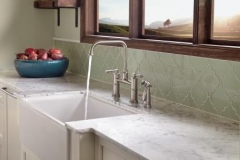 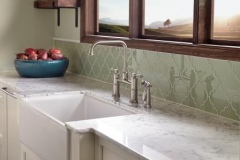 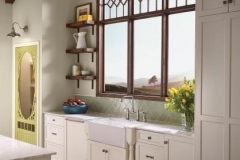 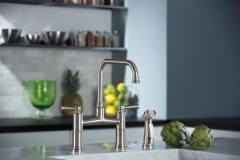 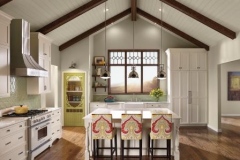 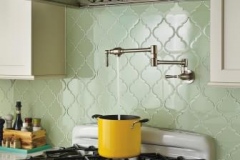 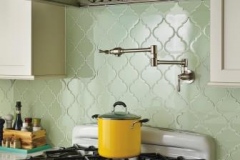 Kelly!!~ that is SO cool, and beautiful! Congrats and job well done!! xo