True fact: Bob Dylan turns 80 next week – so it’s time to review progress on the center that soon will house his archives in Tulsa, Okla.

Olson Kundig Architects won the competition to design the center back in 2018. Since then, the project moved three times before finally settling into 20,000-square-feet of space in Tulsa’s downtown Arts District. It’s slated for a May 10, 2022 opening.

It’s intended to be an international cultural destination for visitors interested in the life and work of Dylan, and researchers interested in studying and creating original research in his archive. Better yet, it’s in the right neighborhood. “It’s in the same complex as the Woody Guthrie Center,” says Alan Maskin, design principal at Olson Kundig.

That makes great sense to anyone familiar with one of Dylan’s earliest musical influences. But the district is home to plenty of live music too, thanks to Cain’s Ballroom a few blocks away. Built in 1924, it’s been a venue for Country and Western music for years – especially from 1935 to 1942, when Bob Wills and the Texas Cowboys called it home.

A quarter of the new space is dedicated to the archive itself. The rest is a cultural center and an introduction to the archive and Dylan’s legendary, self-made story. “Rather than create a monument to Bob Dylan, it’s more like what he said in “Rolling Thunder Review: ‘Life is not about finding yourself, but about creating yourself,’” Maskin says. “We want an emotional reaction to his work.”

Toward that end, Olson Kundig is working with 59 Productions, the New York- and London-based, story-driven design firm, for interactive media. “They come from a theater background,” he says.

“From his Newport Folk Festival electric guitar debut, we have the leather jacket he wore, and there’s so much other footage – they’ve put together the entire concert from the performances,” he says. “There are also outtakes from other film, and you’ll be able to see ongoing research as it happens, plus it will be an extraordinary place for songwriters to come and visit.”

Dylan’s own artwork – drawings and paintings – will play a significant role in the exhibitions. “He has a strong interest in fine the arts,” he says. “It will express the entire genre – stuff he had in boxes, from Greenwich Village to Woodstock.”

And the songwriter/musician/artist is contributing his own three-dimensional work as well. “Bob is making the entry gate that’s 18 feet tall – it’s a series of found objects collected from different places,” he says.

Maskin attributes his design inspiration for the exhibitions to Akira Kurosawa’s 1950 film, “Rashomon.” It’s known for a plot device that involves various individuals providing alternative and contradictory versions of the same incident.

“In a similar approach we asked biographers, historians, filmmakers, archivists and interactive and immersive media designers, as well as a diverse group of contemporary artists, to share their perspectives of Bob Dylan’s creative legacy and prolific trajectory,” he says. “We carried that over because we realized nobody would agree on Bob – so they’re sharing their own impressions.”

The center is intended to grow, build, and change in perpetuity as more and more people visit the archive and respond to its 100,000 assets. “We’ll be rotating galleries so we can bring new voices in, over time – and on the second floor will be artists building on the legacy of Bob Dylan,” he says. “It will be unfolding and never ending, hopefully.”

Because after all, the times are still a’changin. 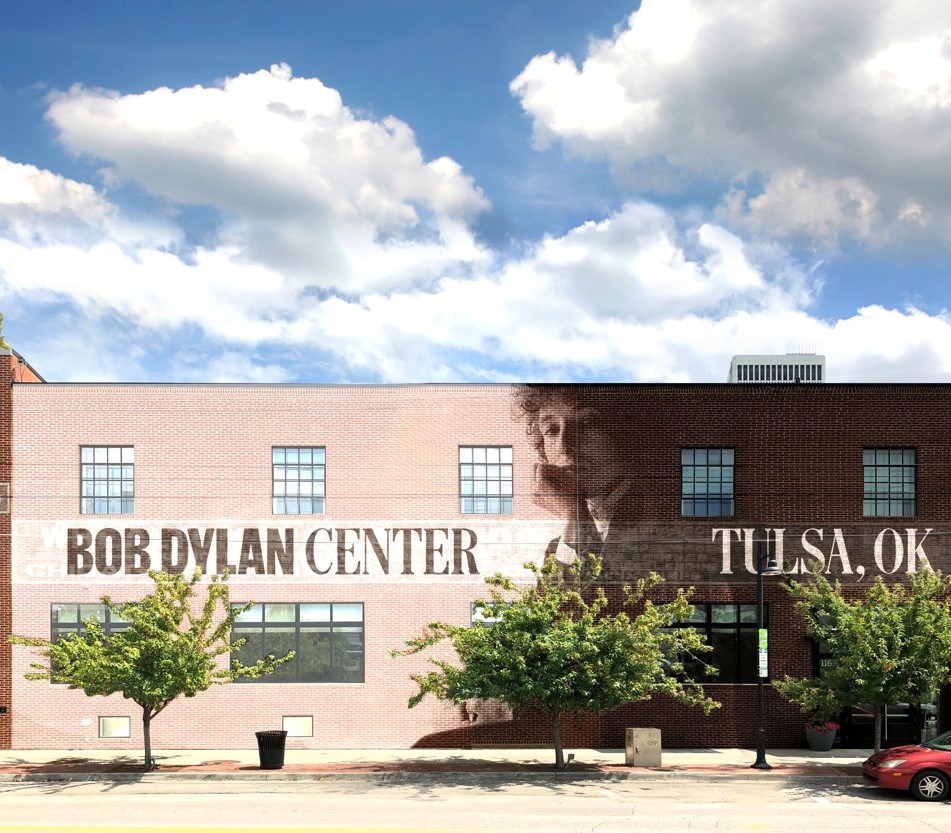 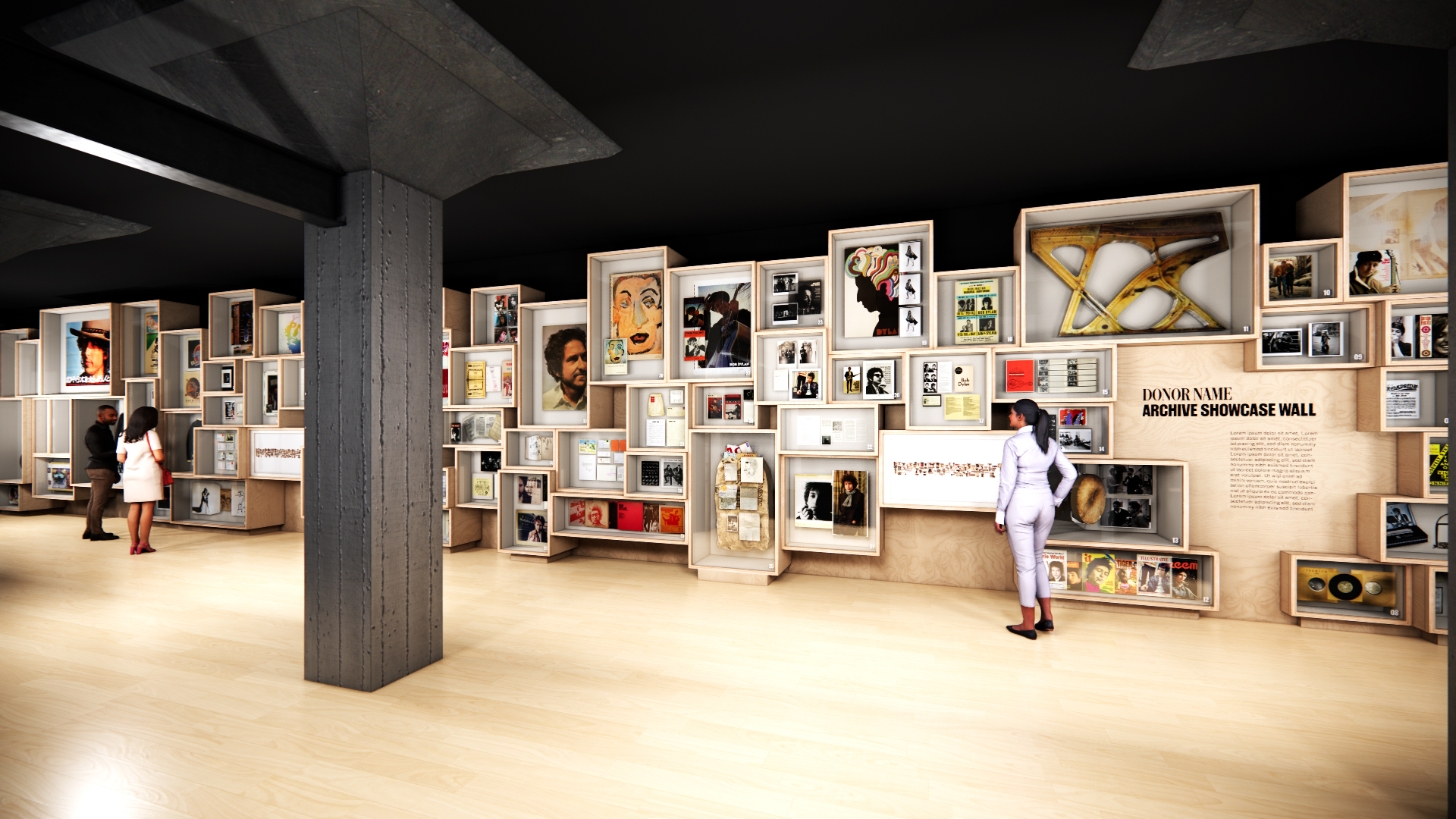 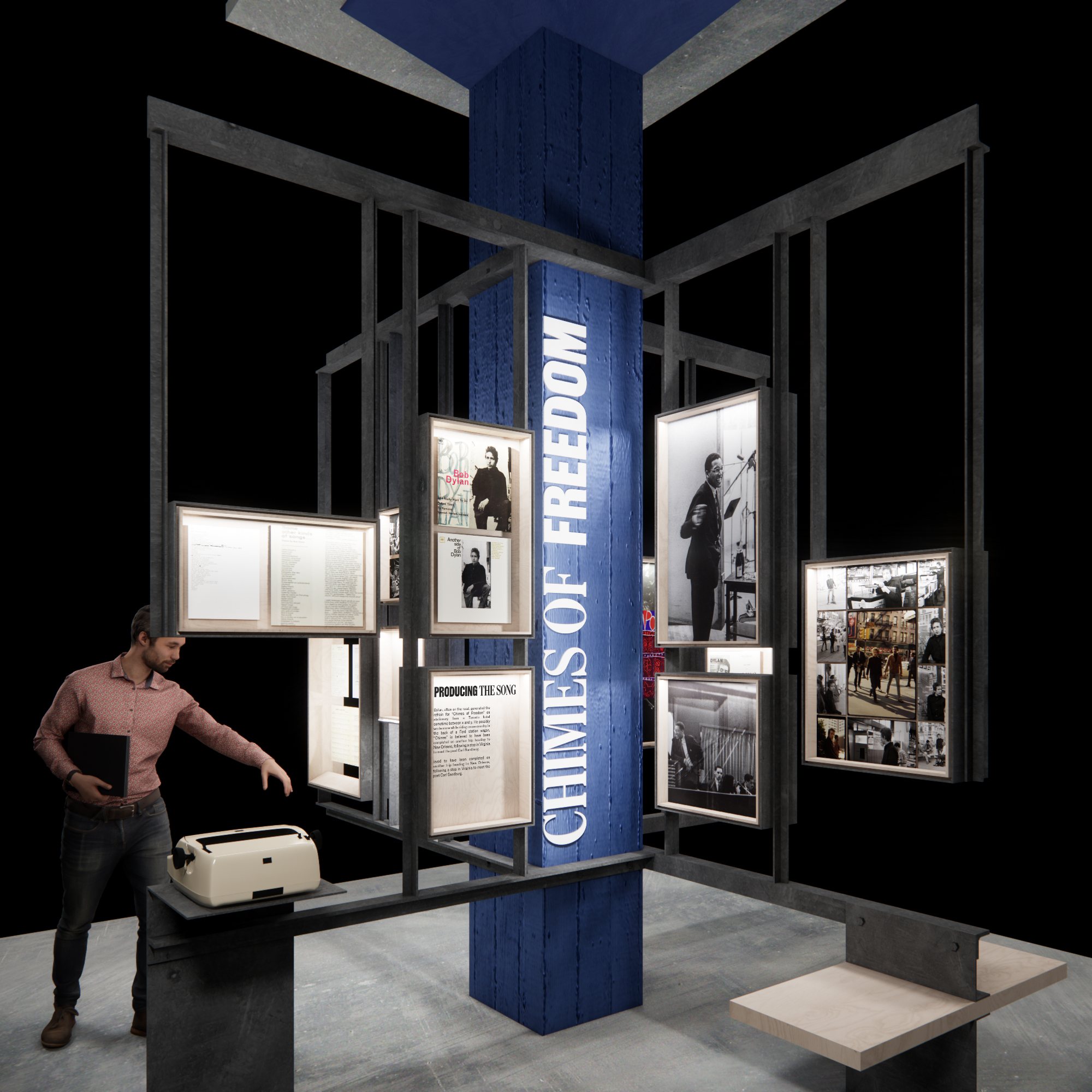 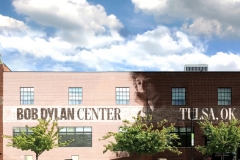 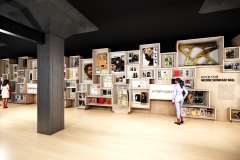 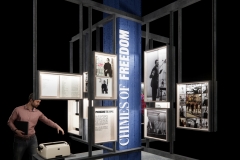 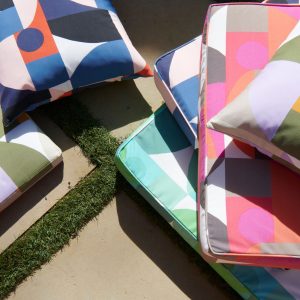 Serena Dugan draws on both sides of her brain when she designs her textiles. She earned a degree in psychology from Wake...