Coverings 2012 may be just a memory now, but one of its best-known attractions will be making a comeback at the 2013 show in Atlanta.

That’s because Piazza Ceramica was designed with re-use in mind.   The gathering space, espresso bar and cafe designed by e+i’s Eva Perez de Vega and Ian Gordon is now on its way to Italy for storage.

That’s because, unlike its predecessors by the likes of Bernard Tschumi, Archquitectonica and Aldo Rossi, this pavilion has legs.  It was conceived to be rapidly assembled, disassembled and re-used — at least twice, and maybe more.

“It’s comes apart like a three dimensional puzzle,” Perez de Vega says.  “Then it can be assembled for a different pavilion, location or site.”

Their firm was selected to design the pavilion after entering Architizer’s Ceramics of Italy Exhibit Design Challenge, a two-month competition calling on architects to create the gathering space.

“The assignment was to showcase Italian tile, and create a pavilion that was intriguing but functional,” she says.  “We’re displaying Italian tile from eight or nine different companies, so we’re pushing the possibilities of tiles as well.”

By lifting the corners of the 50-foot by 60-foot rectangle, the designers were able to create space underneath.  They liken their creation to an urban Italian piazza, a place where people can meet for informal or even formal conversations.

“A lot of things happen there – there’s a lot of public interaction,” Gordon says.

So while the pavilion is en route to a storage facility across the Atlantic, the husband-and-wife team who designed it – and who won a $25,000 award package as a result – are doing what any thoughtful, winning young couple would do.

They’re taking a tour of Tuscany. 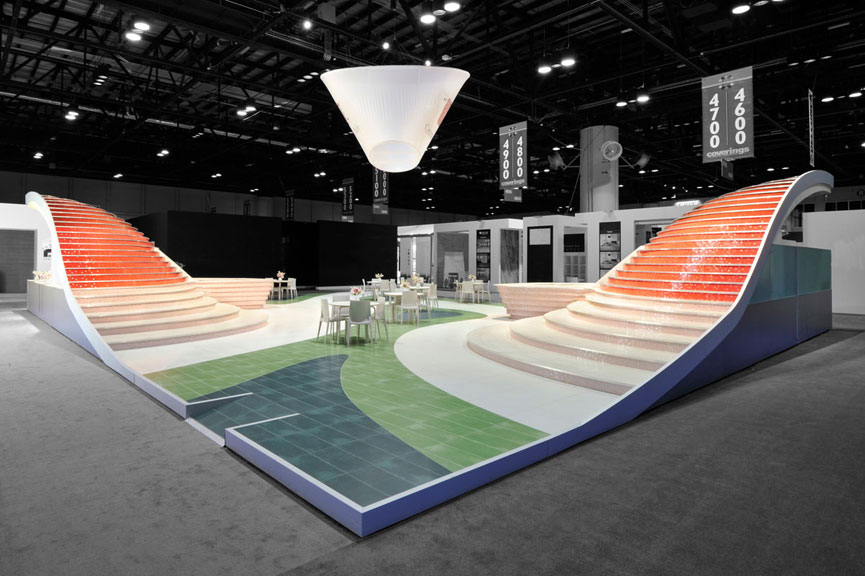 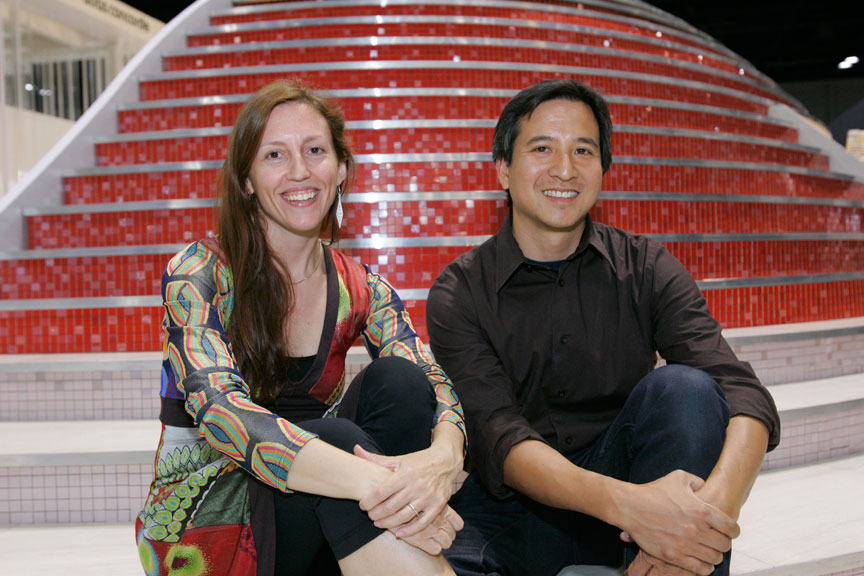 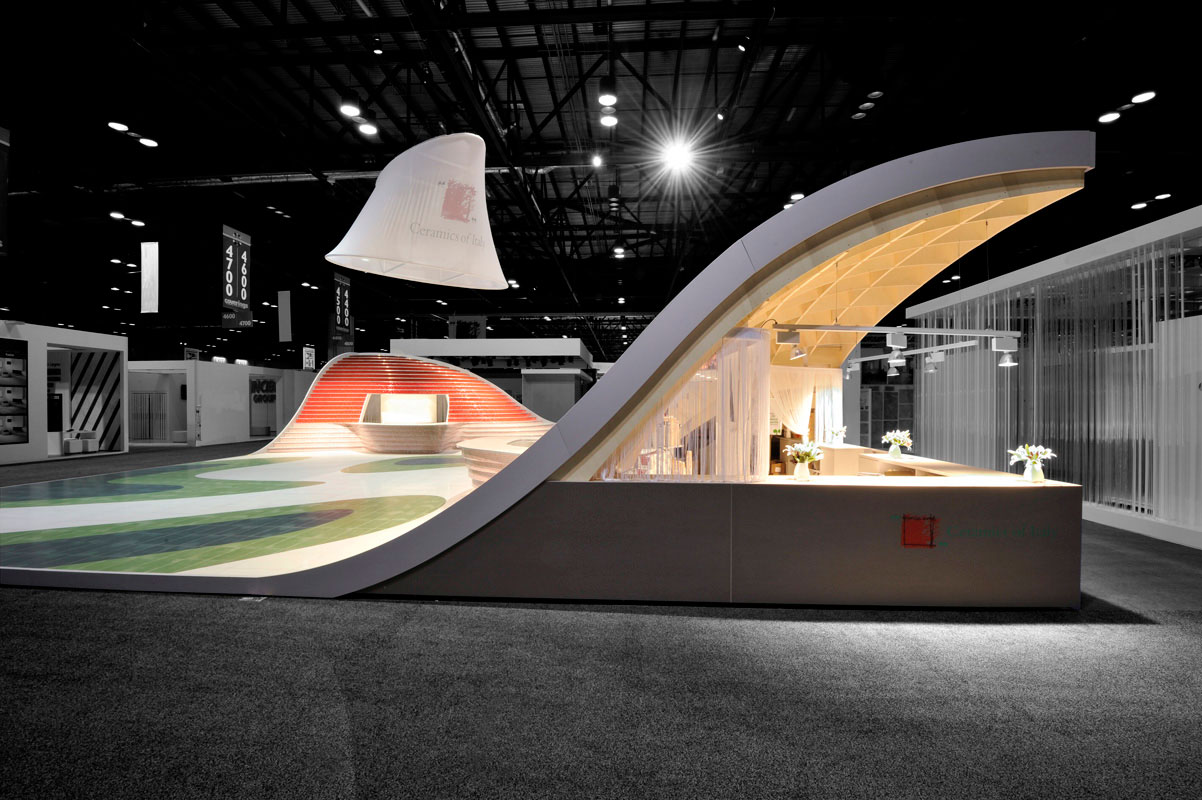 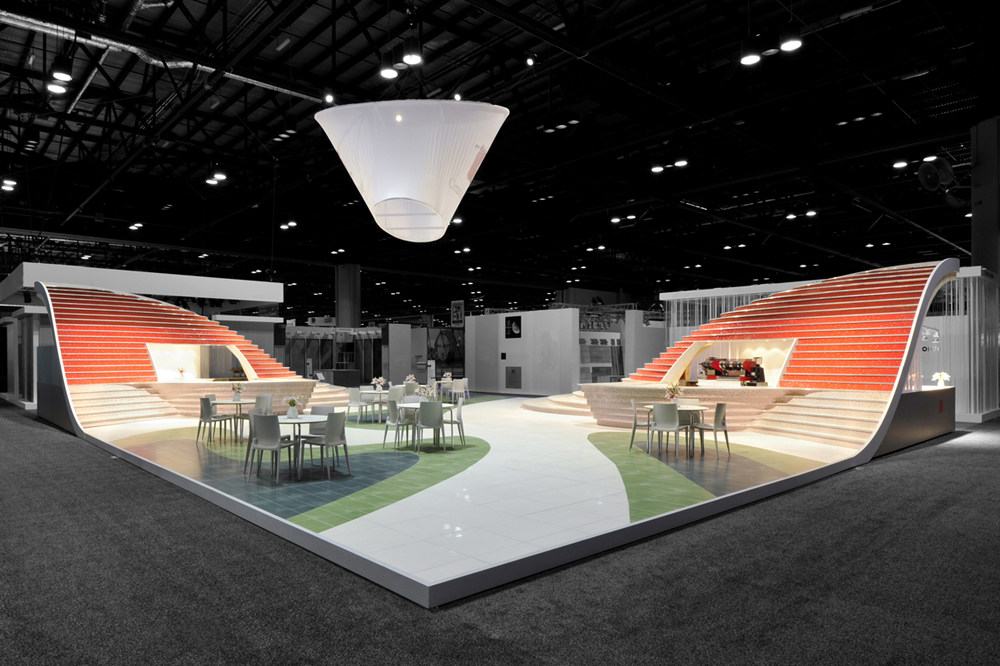 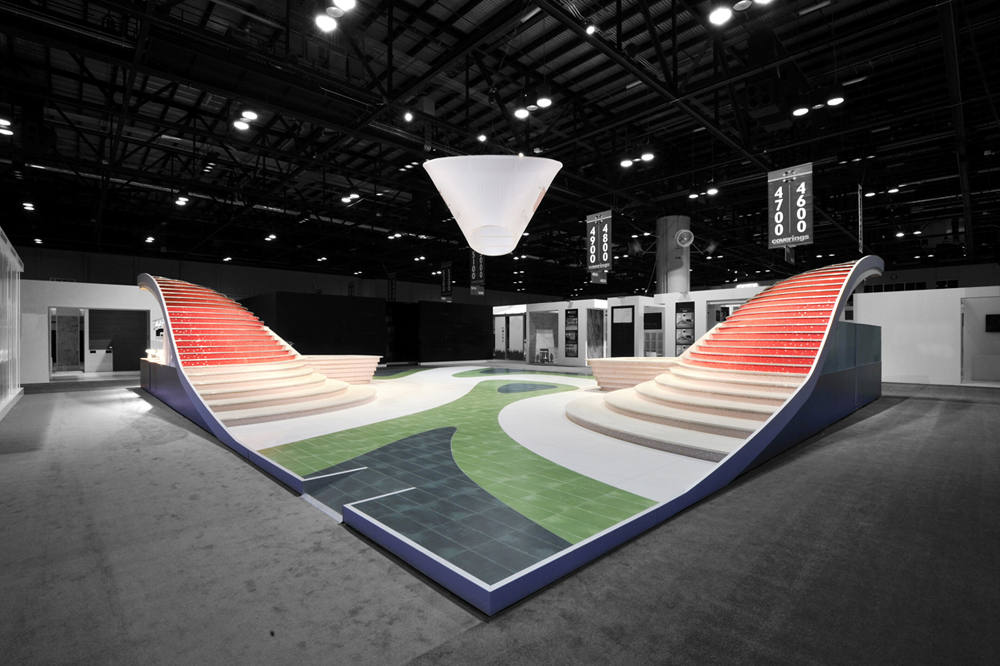 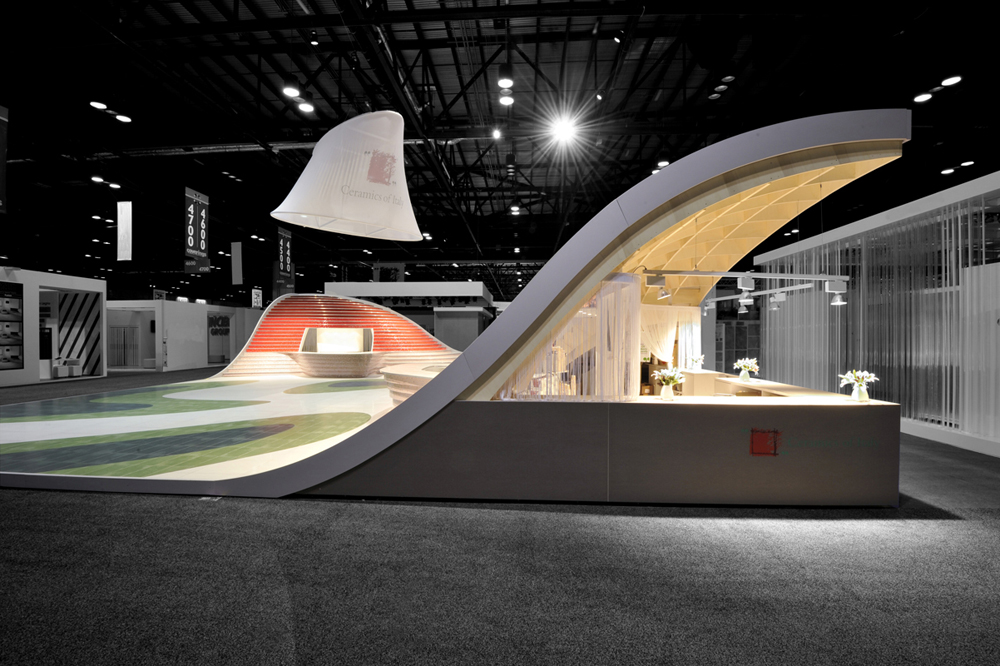 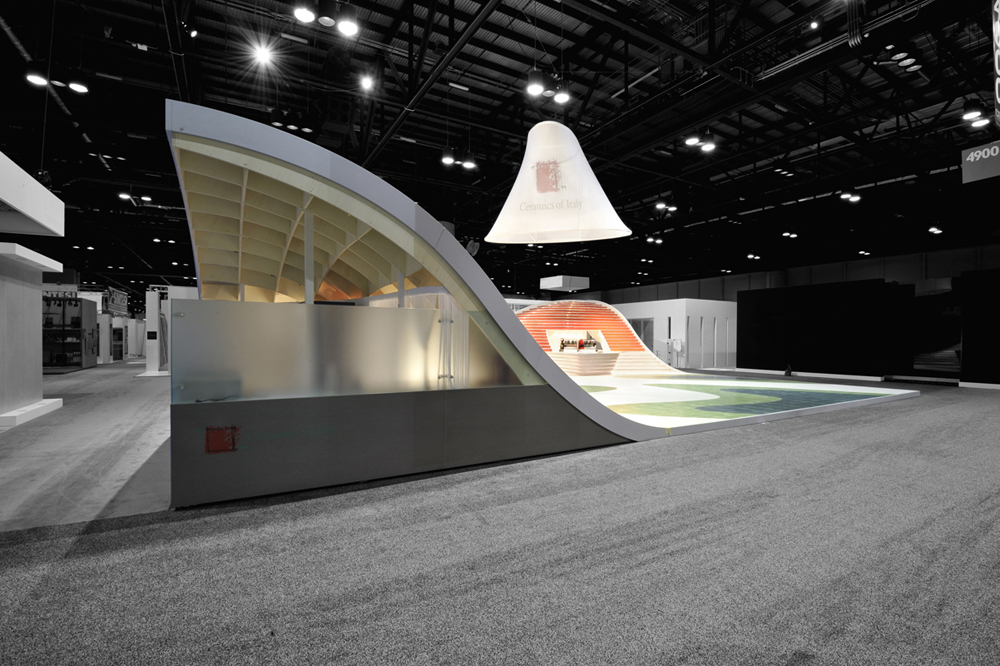 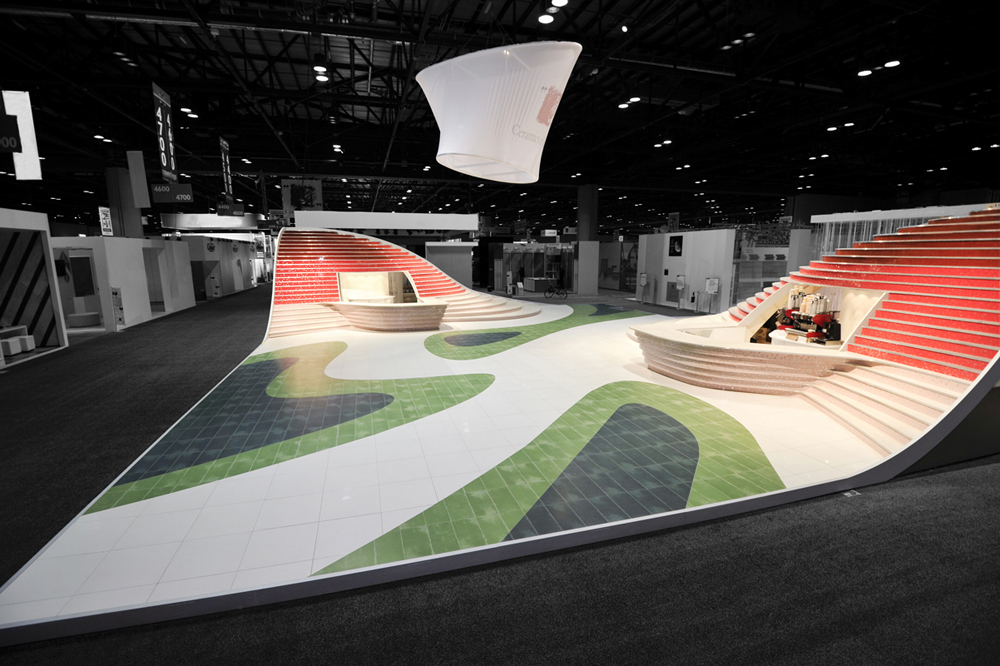 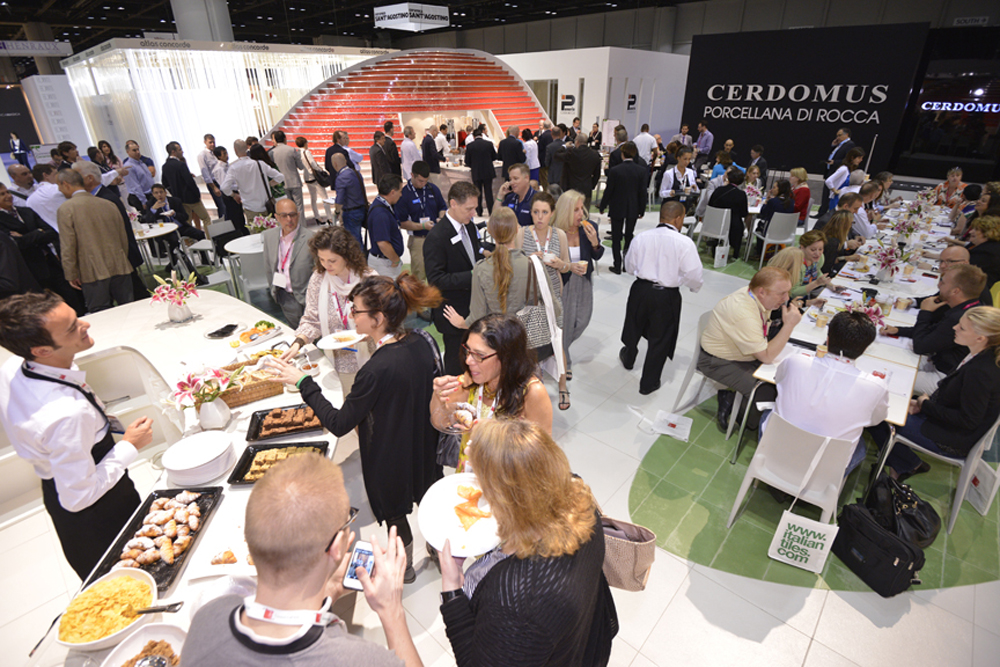 In Chicago, a Transparent Cathedral