So how does it feel to wake up as the newly crowned prince of mobility in a world slowed to a crawl by gridlock?

For Eric Höweler, partner in Höweler+ Yoon Architecture – and last night’s winner of the Audi Urban Future Award – it’s just another day dedicated to articulating his streamlined view of the American Dream.

He and partner J. Meejin Yoon chose to address the I-95 corridor from Boston to Washington – and to challenge the sacred notion of private property – with a new kind of vision for shared space – along the way.

They call their project Boswash, shorthand for the 400-mile stretch of interstate highway that’s probably cursed daily by more frustrated and angry commuters than any in the nation.

“We wanted some sort of corrective vision that could happen in the U.S.,” he says.

His firm’s solution suggests that rail traffic, both commercial and commuter, be bundled with that of automobiles, bicycles and pedestrians, in the airspace above I-95.  That automobiles be shared rather than owned.  That electricity, gas and water be bundled too.  That communal farms be set up nearby.  And that homes in the suburbs be easily owned by multiple entities.

“That’s what the jury had the hardest time with – the last personal space,” he says.  “The idea of having your own house and your own car – people aren’t going to give that up easily.  But a shared house doesn’t have to go to the bank, so shared is not incompatible with the American Dream.  In fact, there’s more freedom.”

It’s not as though this vision will happen overnight, by any means. Rather,  a persuasive Höweler envisions a generational migration over time.

“We’re not gonna kick anybody out of their house,” says the assistant professor of architecture at Harvard University’s Graduate School of Design.  “But my students don’t want to own anything, much less a house – they want to be mobile enough to accept a job in Austin.  So where do we get this gene from?  Where’s it transmitted – television shows like ‘Leave it to Beaver’?  And how do you shift it to be more collective?.”

Hoeweler’s vision for the new American Dream – complete with striking graphics from Harvard and M.I.T. labs – delivers a powerful, wished-for future not seen since the 1930s W.P.A. posters for progress created during the Great Depression.

It looks almost as though Disney himself has thrust “Tomorrowland” 1.2 back at us, to stimulate and empower our collective imagination.

“What’s the role of the architect?,” Höweler asks, while redefining the entire notion of the American landscape.  “Is it as cultural producer – an active producer of images?  Architects can produce visual images to bring things through to their logical conclusions.”

Conceived as a retrofit to rail, highway and the surrounding landscape, the entire project hinges, symbolically enough, on the turning radius for the trains that helped create this nation.  It seems a fitting starting point for their new use, and an arc that now must now be smoothed.

“Like a lot of things, it’s a product of what’s already there,” he says.  “It’s about the geometry of speed.”

Ultimately though, it’ll be about the will of the American people, and those who govern them.

For more information on the Audi Urban Future Award, go to http://mooove.com/audi-urban-future-initiative/en/award/award-2012.html 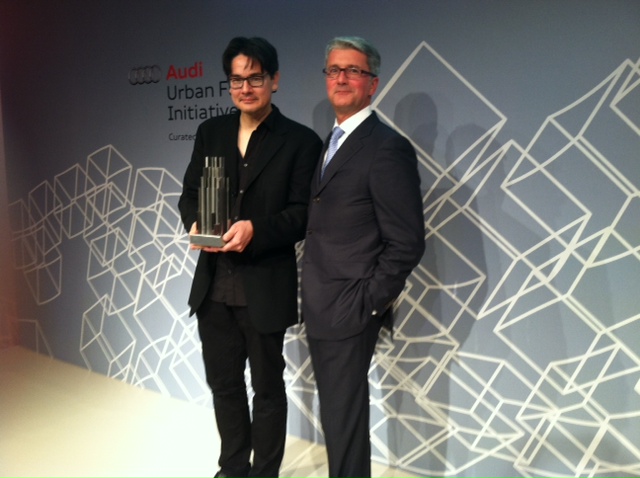 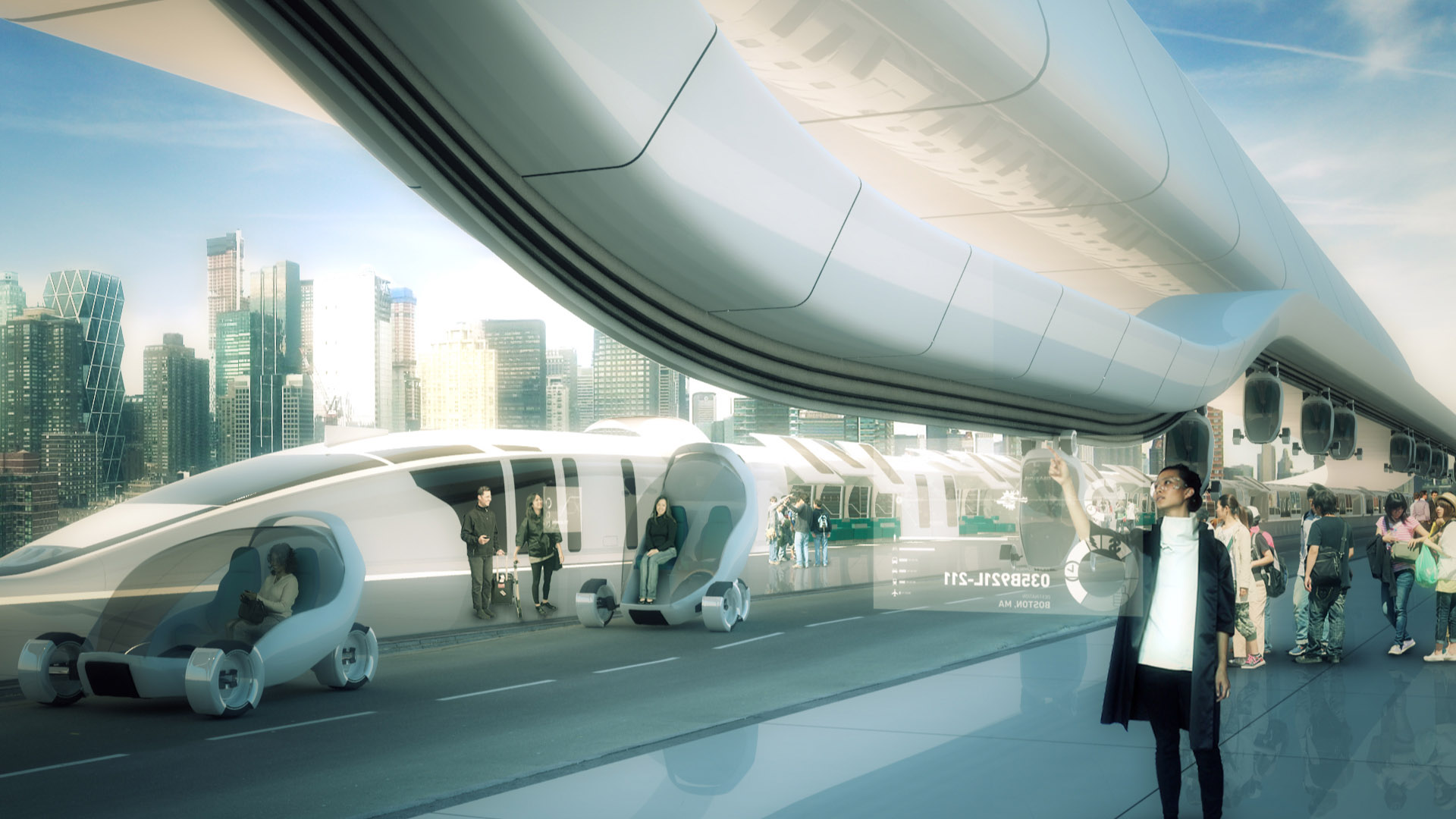 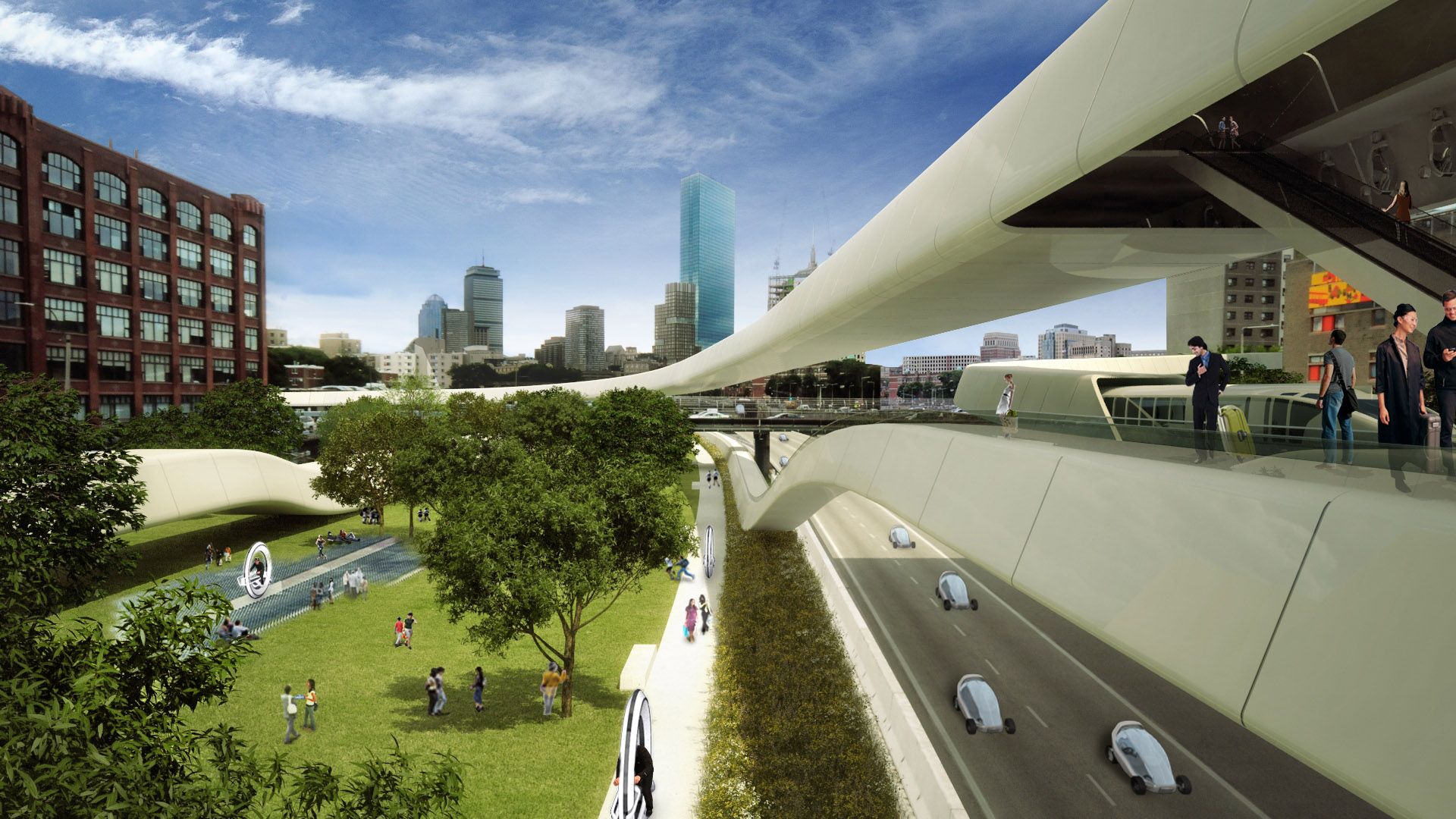 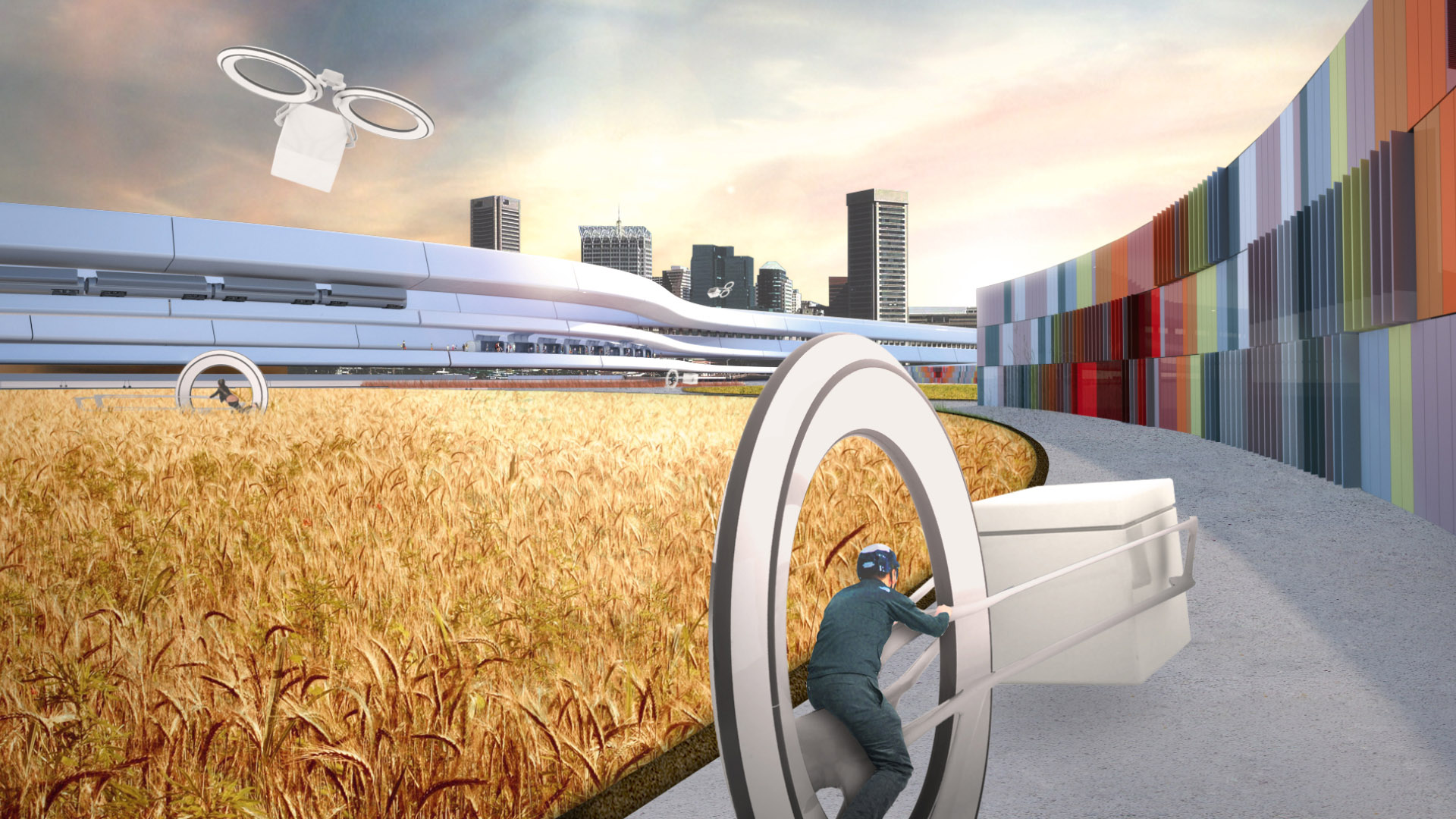 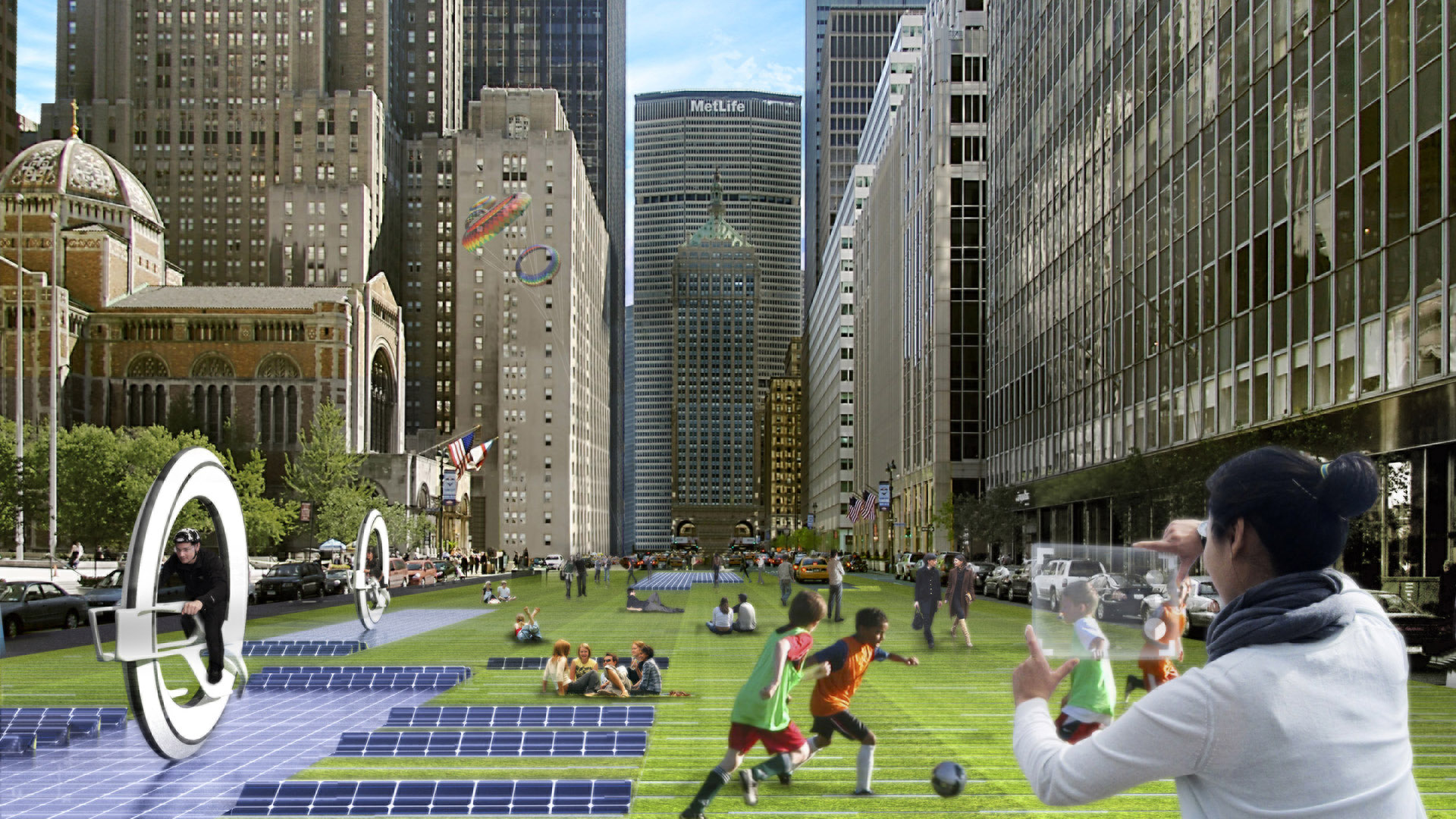 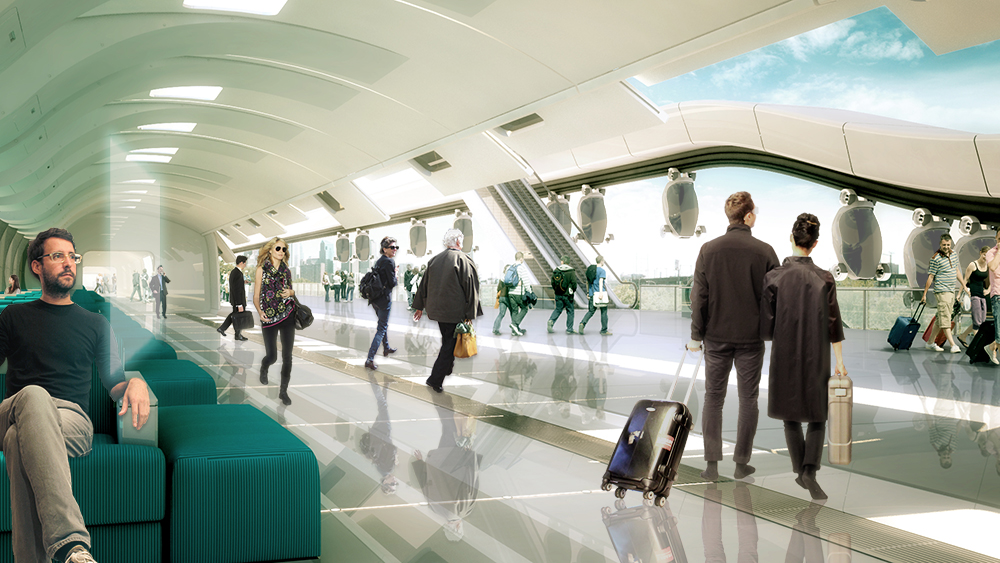 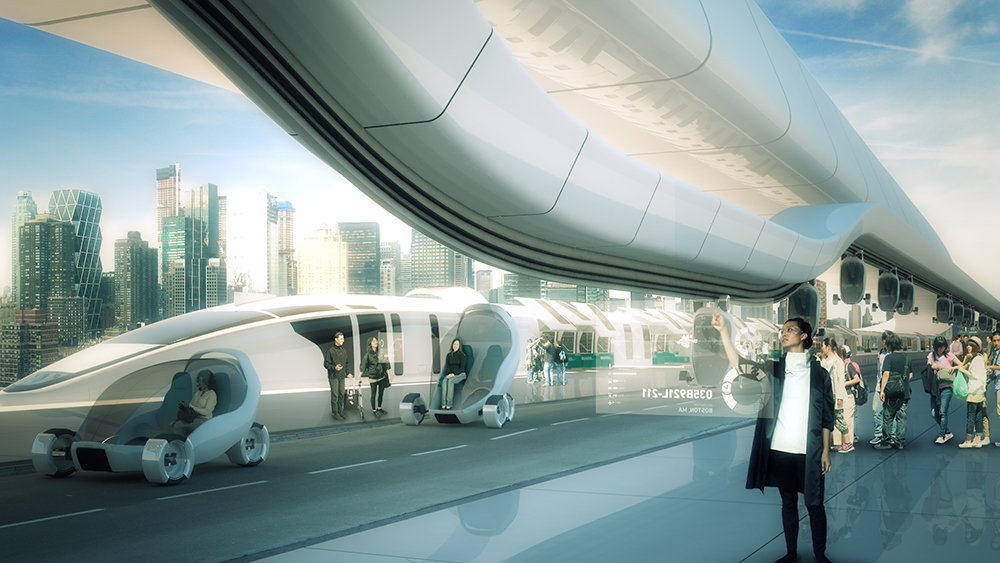 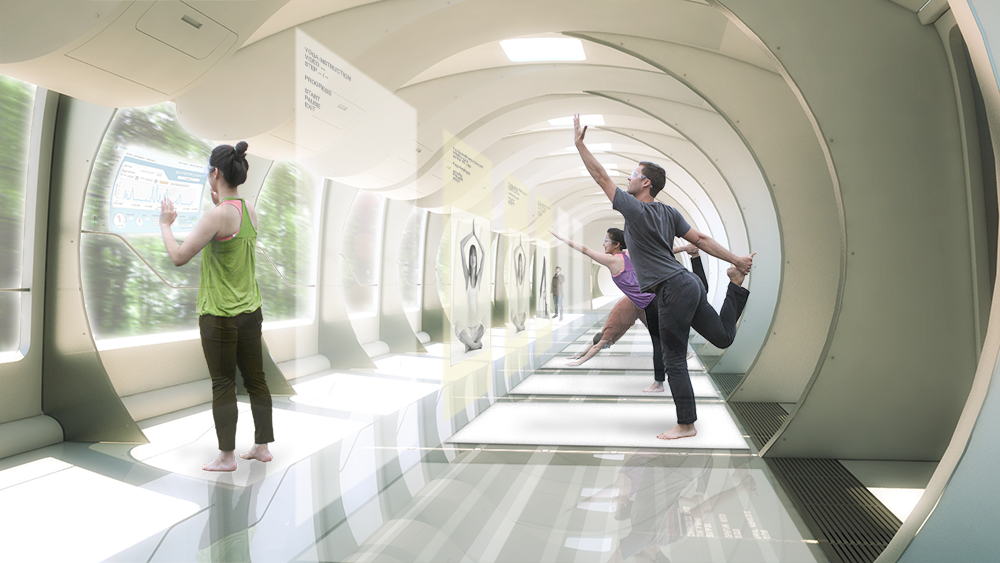 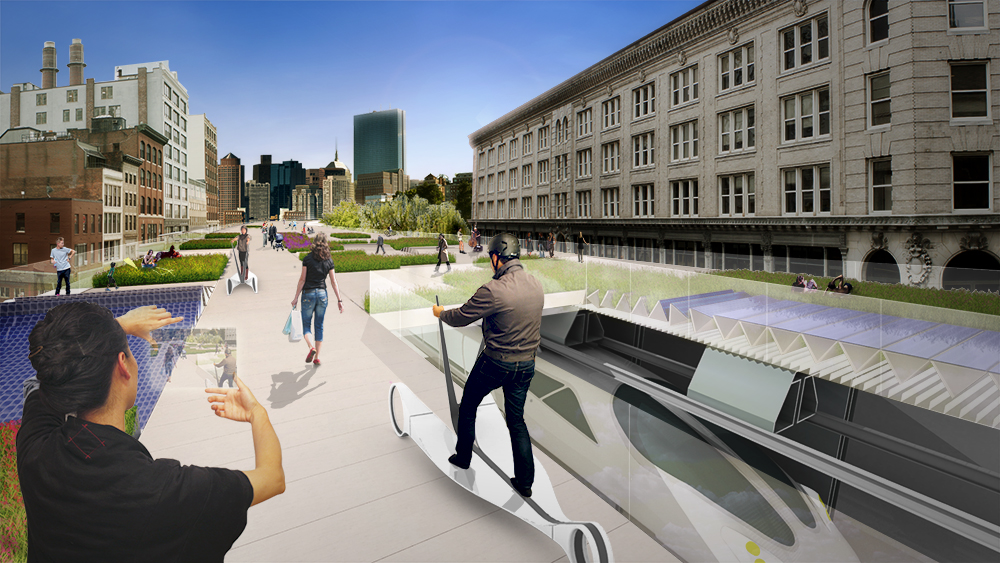 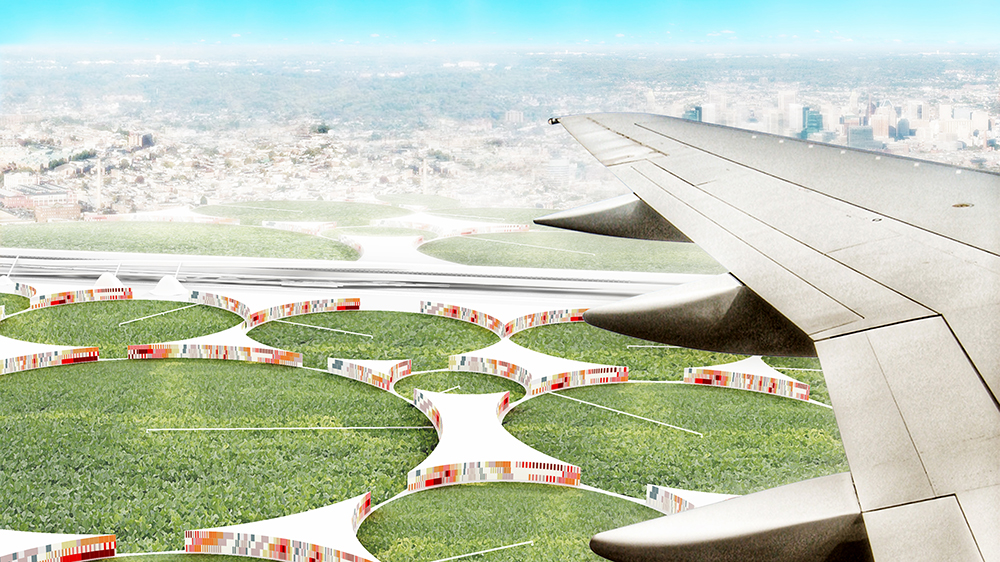 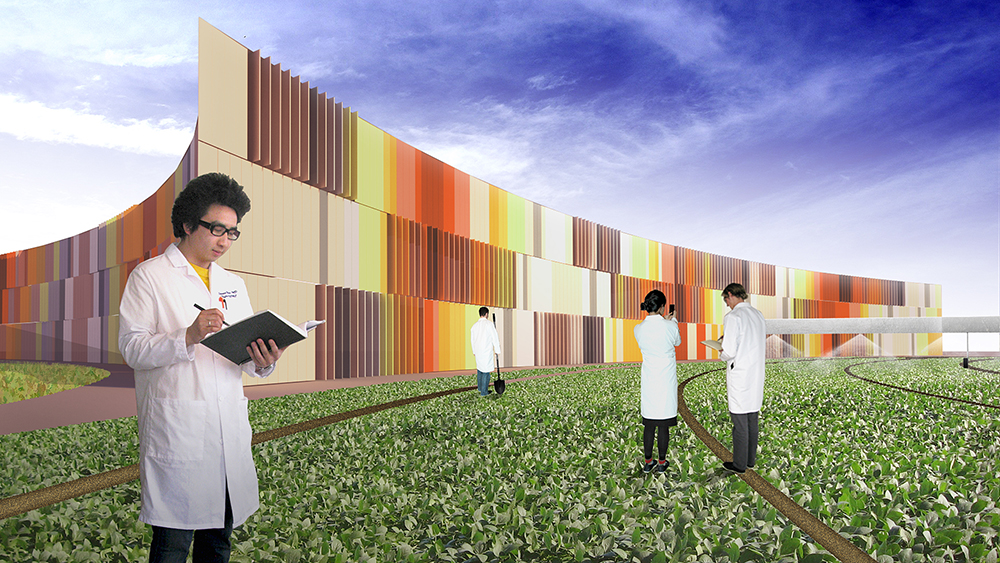 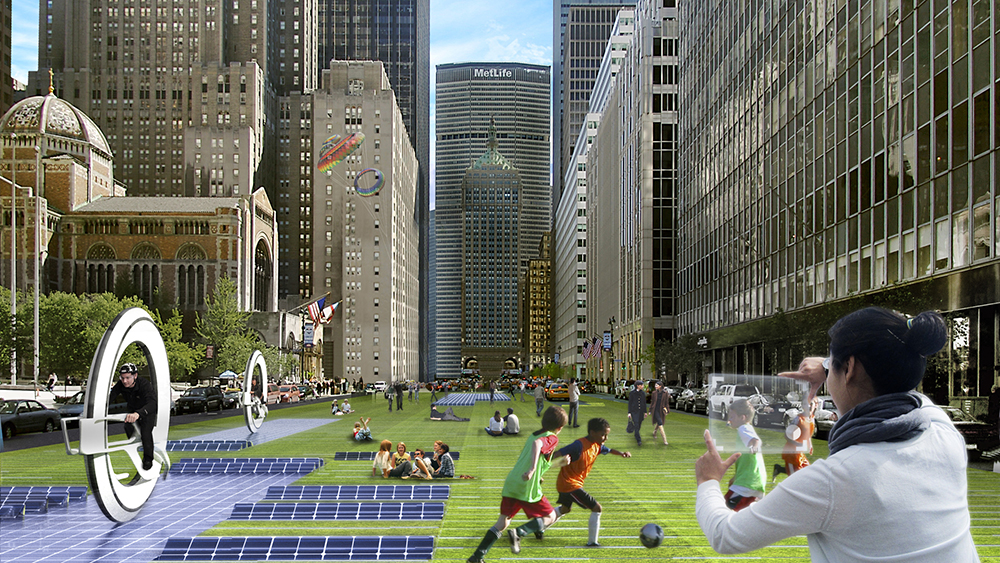 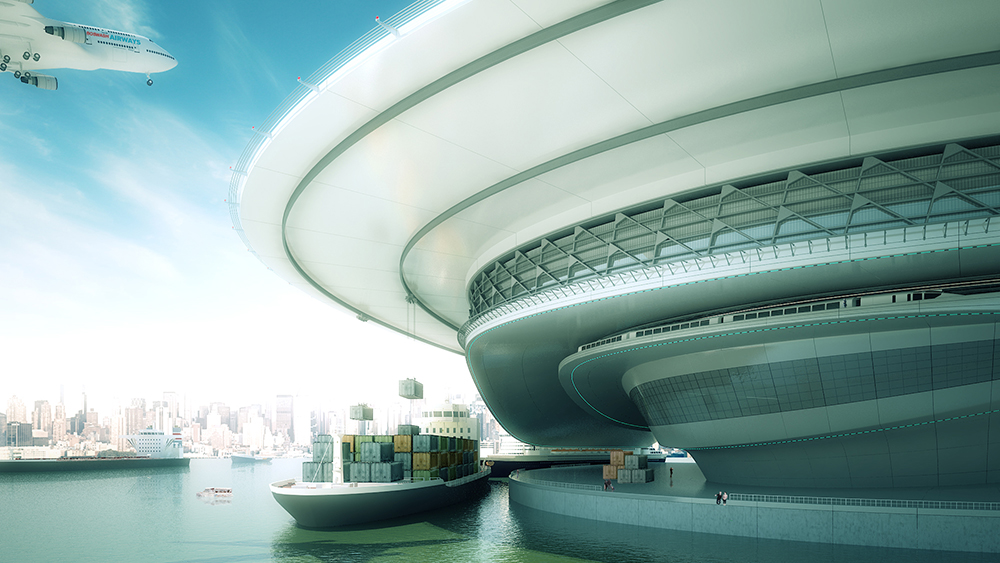 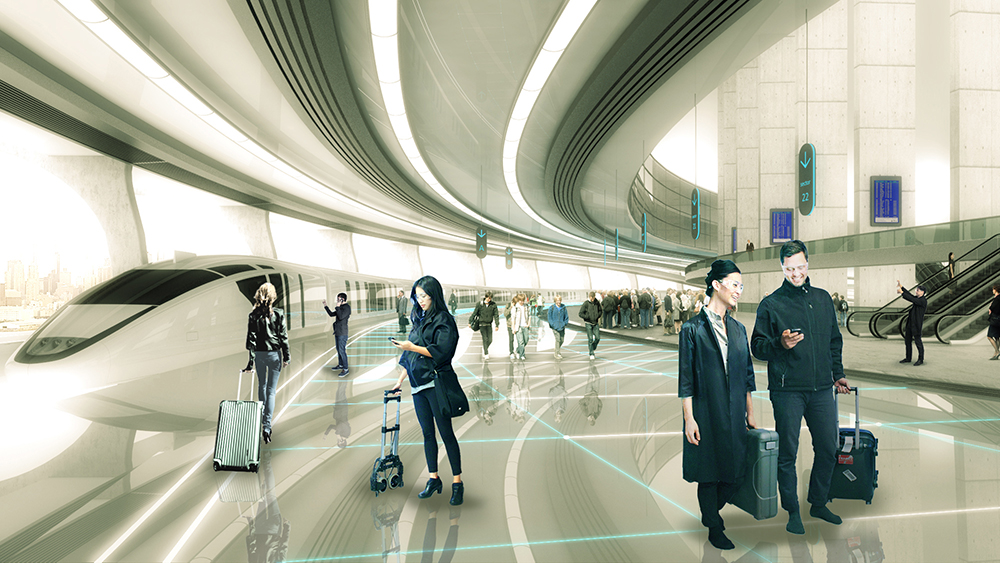 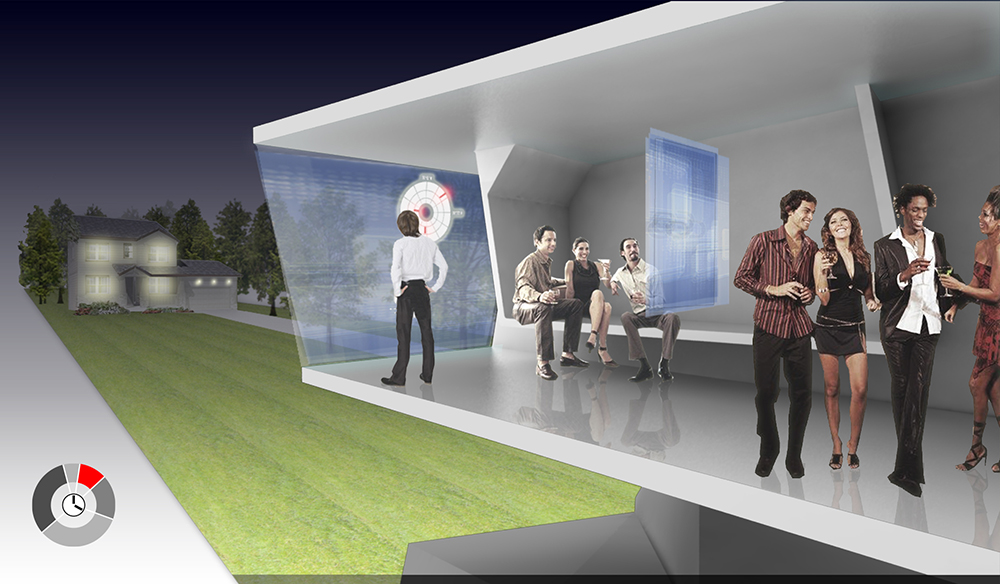 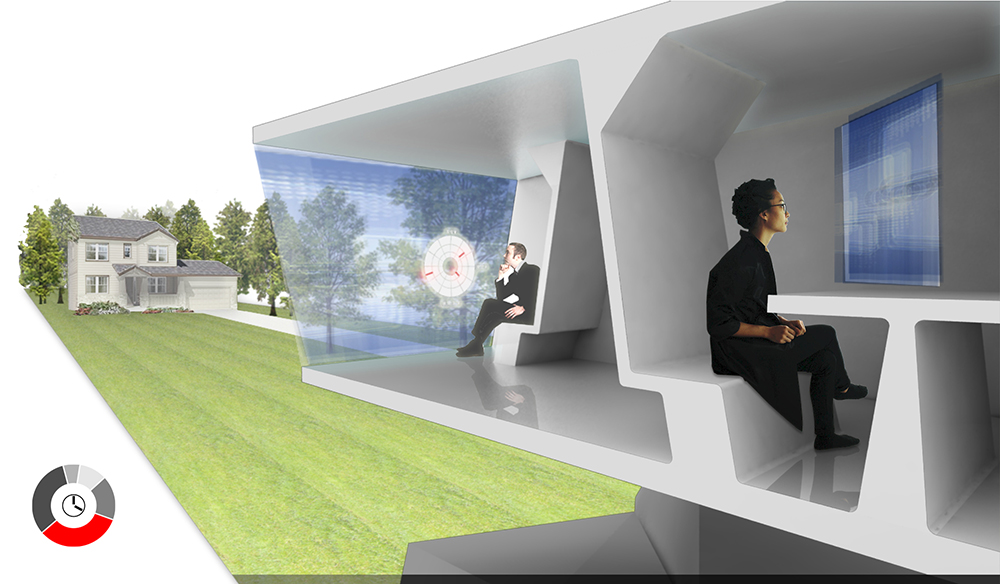 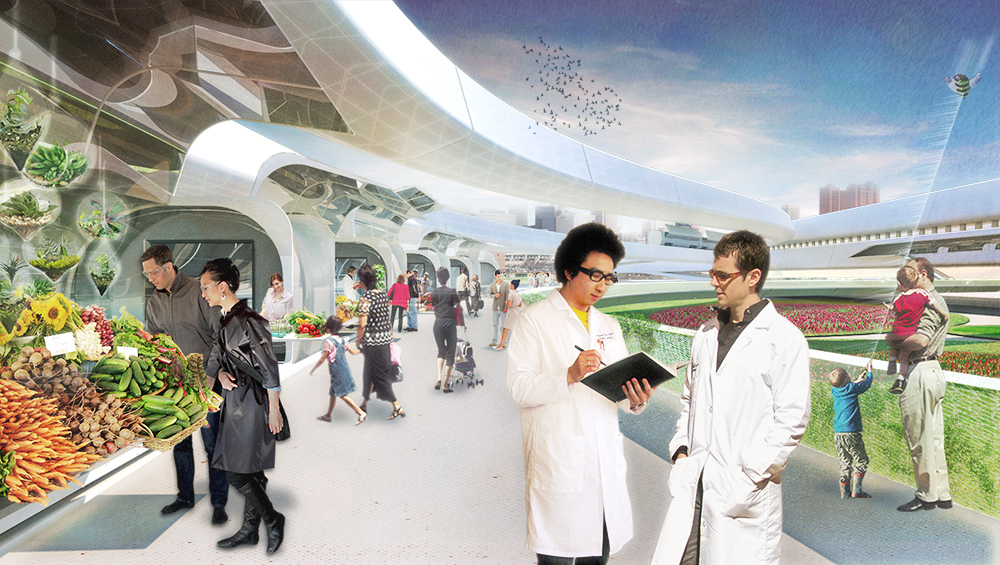 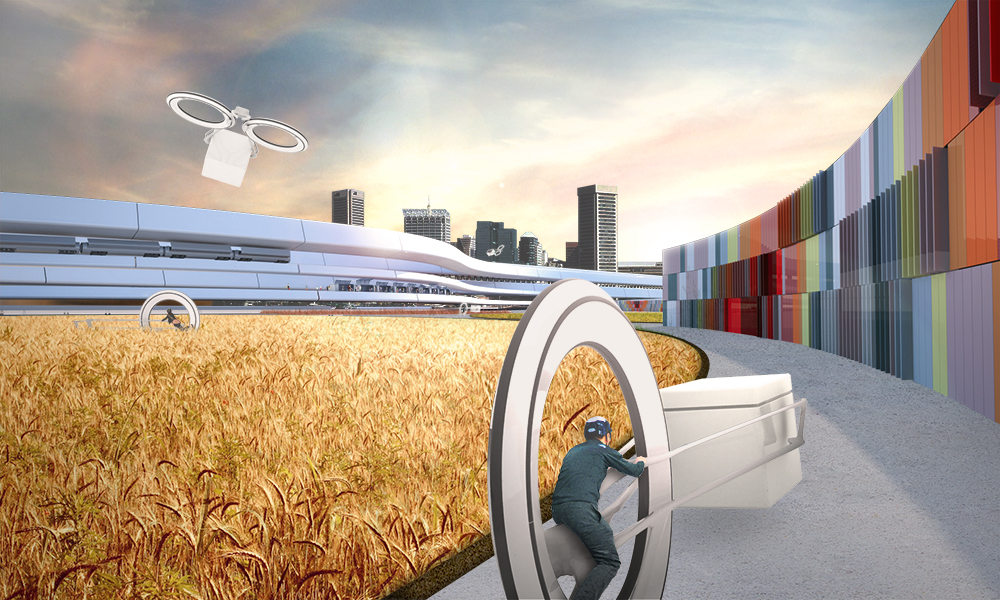 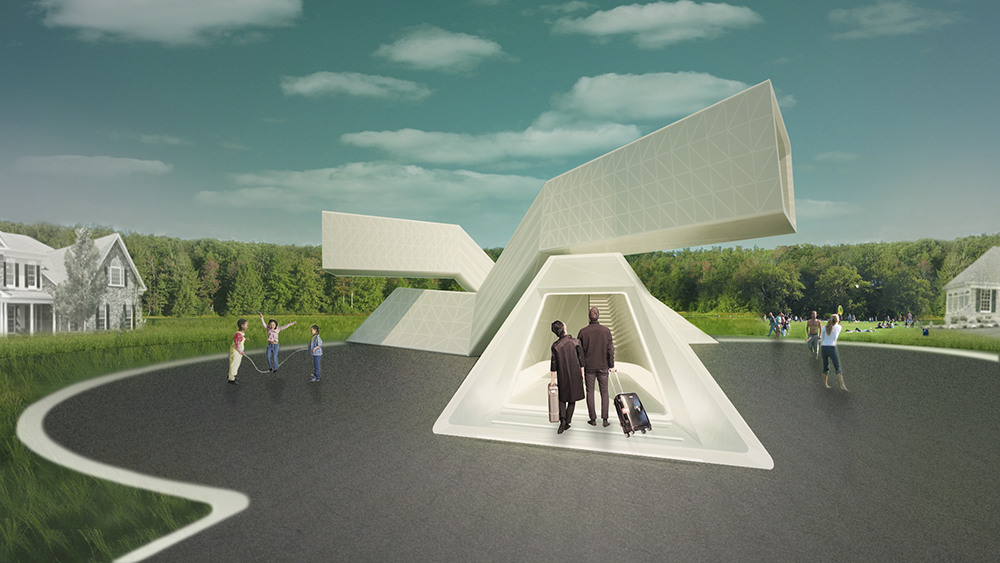 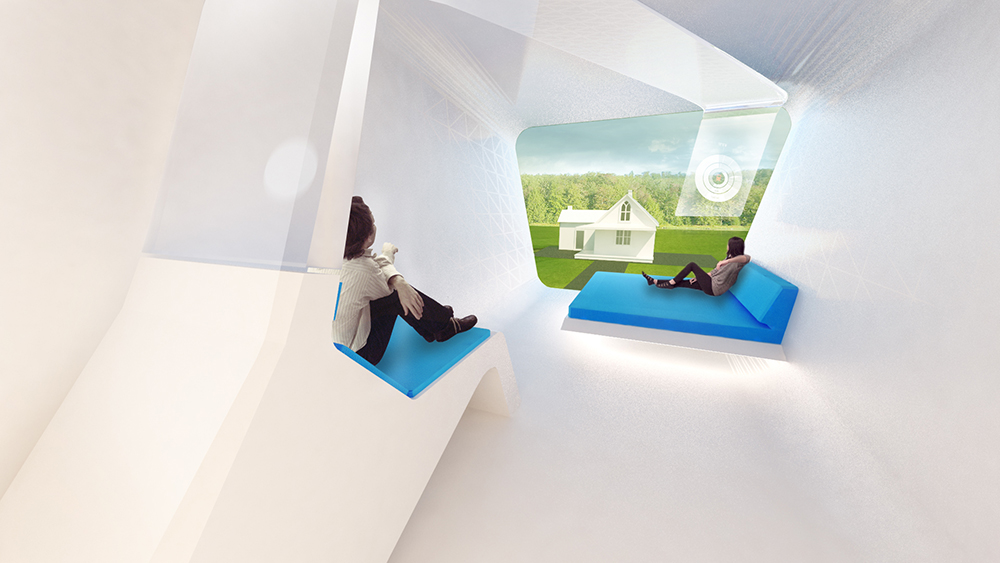 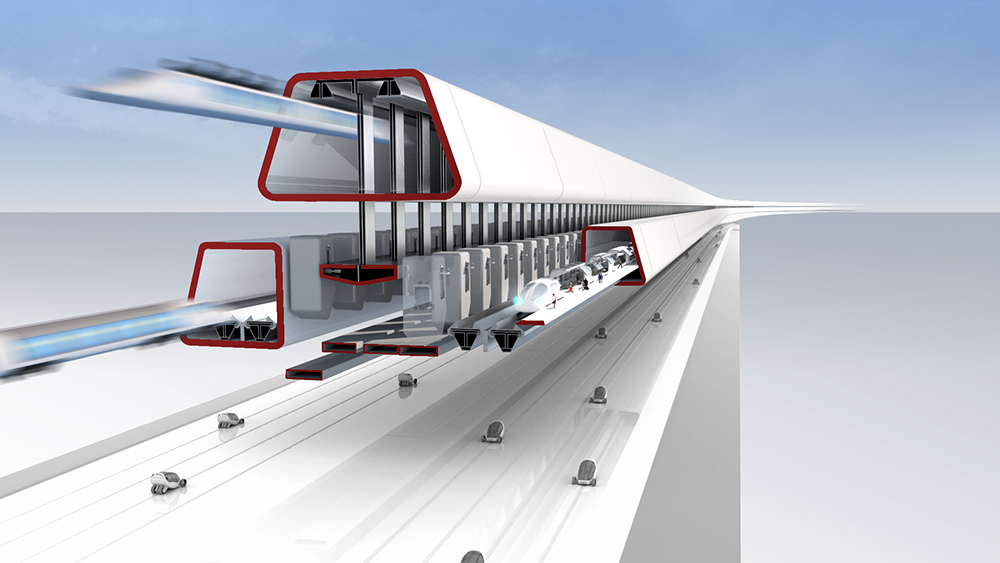 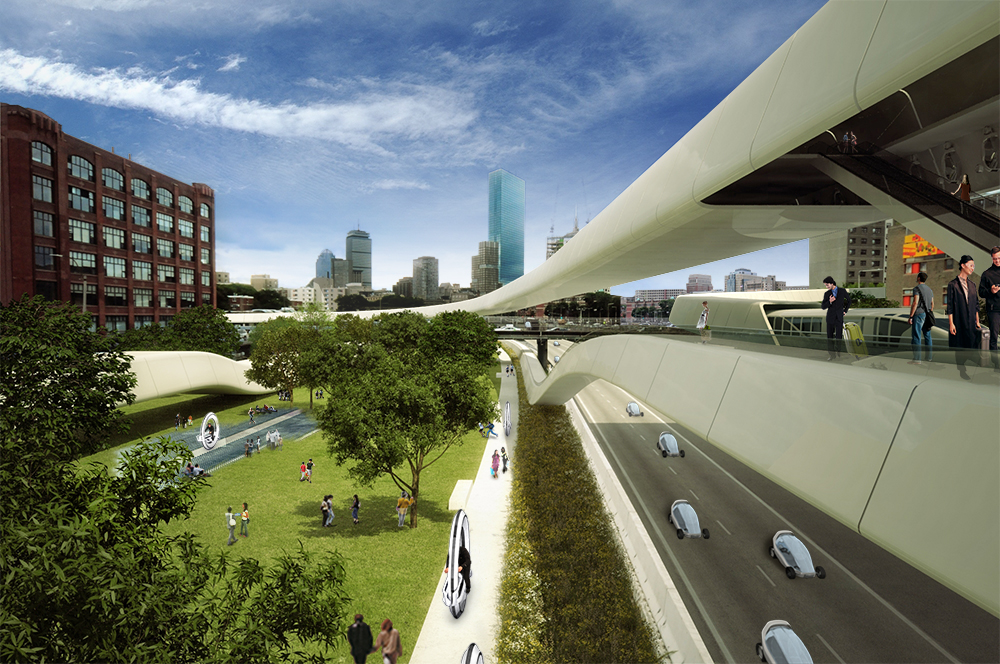 They come from all over the nation’s lower eleven, these artisans of the carefully prepped table, each a nominee or honoree...