It’s not  a pretty picture that Elizabeth Kolbert, National Geographic magazine contributor and author of Field Notes From a Catastrophe paints in the March issue of the magazine.

Her feature article focuses on the Anthropocene era, or the “Age of Man,” a  new name for a new geological epoch defined by the massive impact of human beings on Earth.  It explores how we’ve altered the planet in just the past century or two, by building cities, burning fossil fuels and destroying forests worldwide.

“What will our age look like if you were to look back on it with the same perspective that we look back on geological history?  As it turns out, it will look like something was pretty actively changing many aspects of the planet, leaving behind a pretty clear changing of both the surface and the chemistry of the planet,” she said.  “You’ll see a marker of fossil fuels users, radioactive tests, and a  global signature of change in the ocean’s chemistry.”

Her intent is straightforward.  “It’s to alert people to the facts of the changes we’ve affected over the past couple of hundred years, she said.  “What we’re doing, in many cases unconsciously, will have a very lasting impact for all times.  It’s a consciousness-raising piece.”

Solutions for the conditions wrought during this “Age of Man” appear to be few and far between.  “On some levels, there are none, because not all agree that there’s a problem,” she said.  “But some of these processes are very hard to stop once they’re put in motion.”

One solution might be to cut down dramatically on the use of fossil fuels, primarily because of the effects of their carbon dioxide byproduct .  “When the ocean takes up carbon dioxide, the result is ocean acidification,’ she said.  “When you dissolve CO2 in water, it forms carbonic acid.  And there’s an interaction between the atmosphere and water.  We’ve set all that in motion and we can’t really stop it.”

The result is that the “Age of Man” is making life harder and harder for the microscopic organisms that form part of the food chain, and those that build cells out of calcium carbonate, like coral, clamshells and sea urchins.

The bottom line is accountability from those who’ve created this epoch.  “The ‘Age of Man’ is a term developed to suggest we’ve become a major geological force on the planet,” she said.  “And that’s a pretty big responsibility.”

For more on “Enter the Anthropocene:  Age of Man,” go to http://ngm.nationalgeographic.com/2011/03/age-of-man/anthropocene-photography 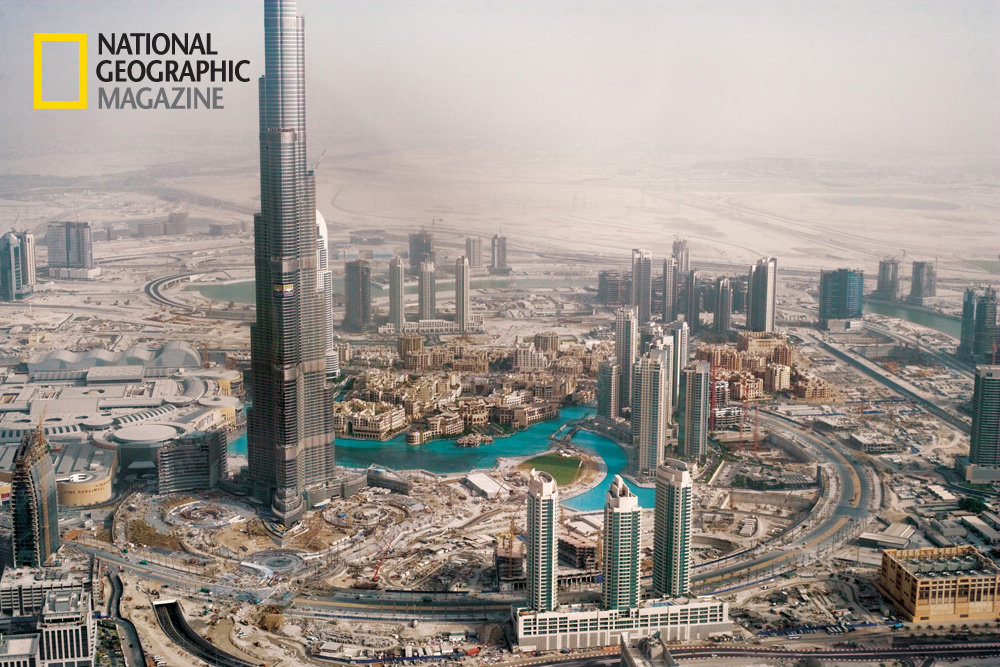 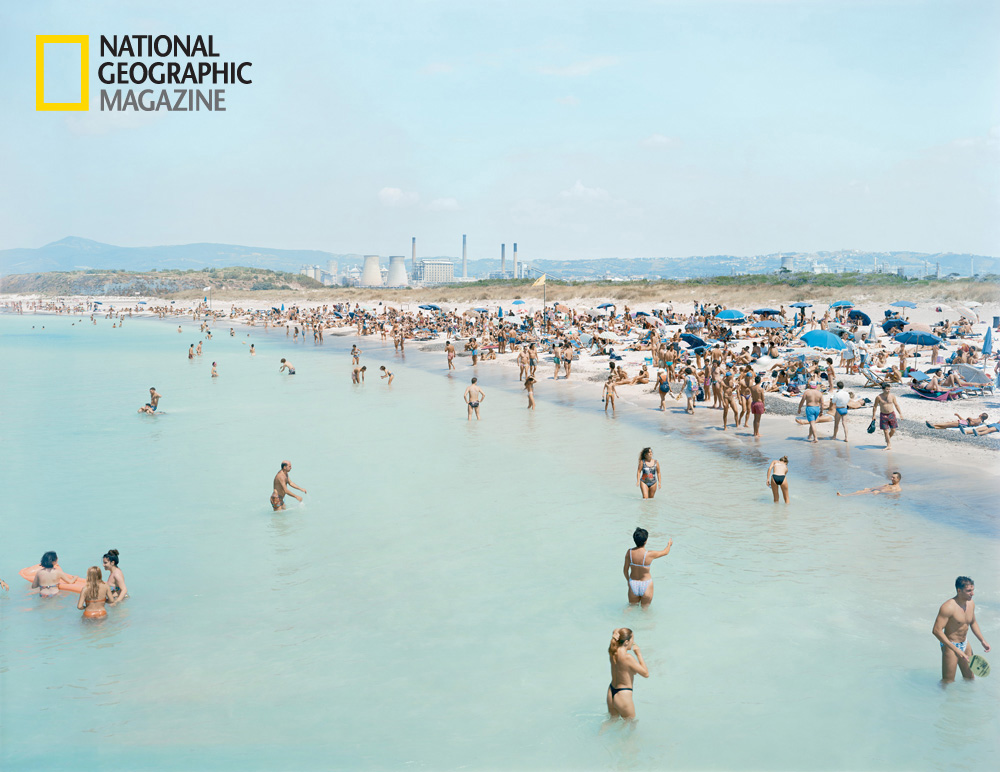 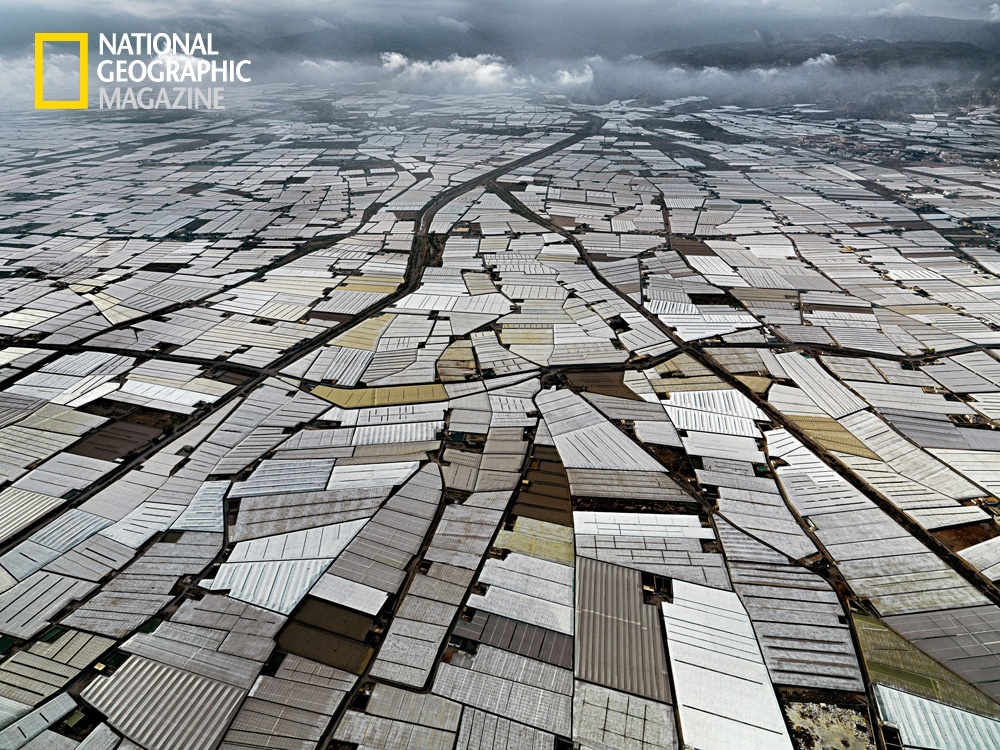 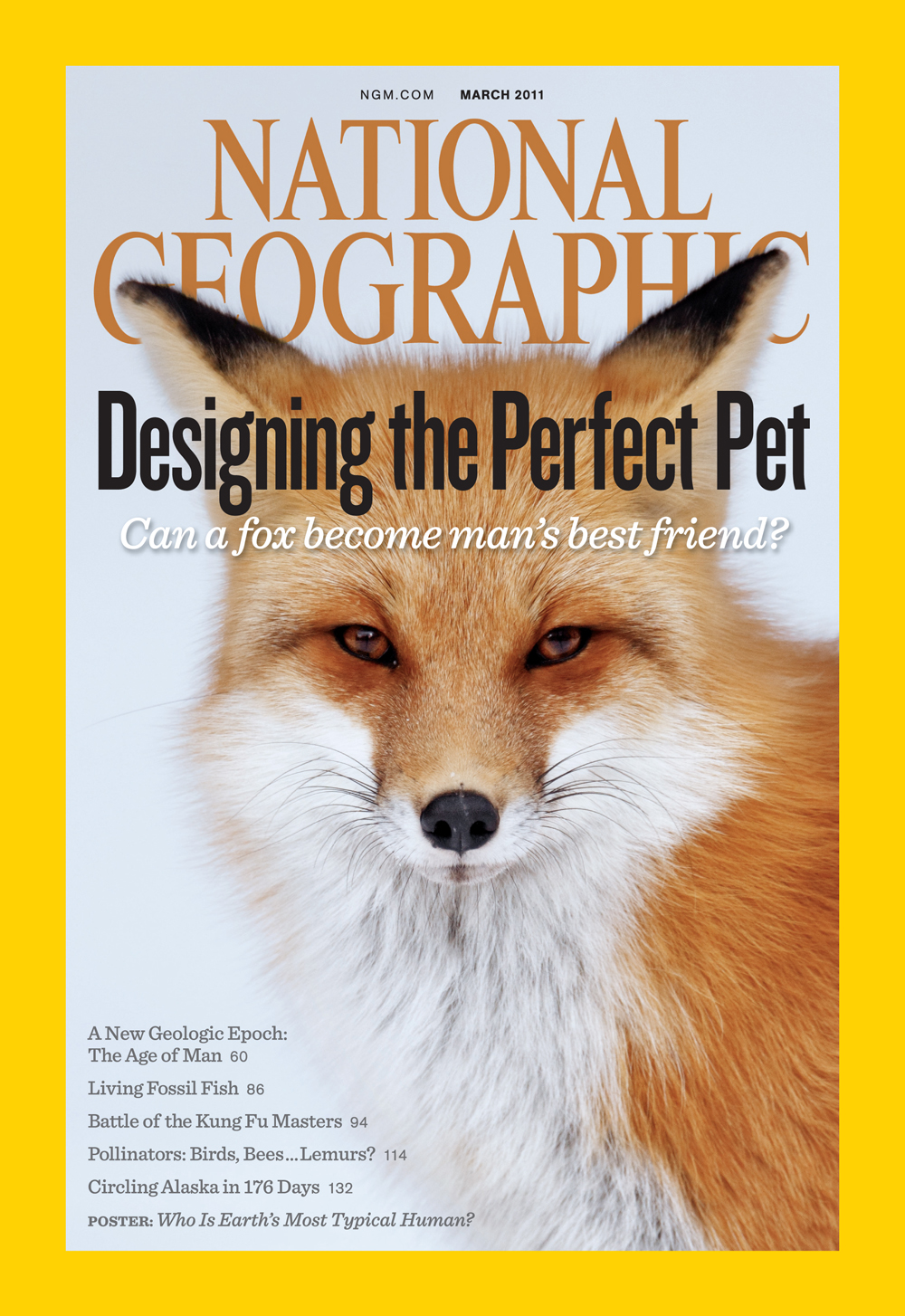 [Show thumbnails]
All photos are  in the March 2011 issue of National Geographic magazine, on newsstands now.
Captions:
1. Oil transformed Dubai in the 1970s. The city now boasts theworld’s tallest building, giant malls, and some two million residents,
who depend on desalinated seawater and air-conditioning—and thus on cheap energy—to live in the Arabian desert.
2.  Rosignano Solvay, Italy – A Tuscan beach captures the textured drama of humans and the sea. The “tropical” sands aren’t natural; they’re whitened by carbonates from the chemical plant, which also discharged mercury until recently. The plant converts salt extracted from the sea into chlorine and other essential products. Fossil fuels power such transformations; worldwide, the CO2 from smokestacks and tailpipes is slowly acidifying the ocean, threatening marine life.
3.  Industrial Farming – Almería Province, Spain – On the arid plains of southern Spain, produce is grown under the world’s largest array of greenhouses and trucked north. Greenhouses use water and nutrients efficiently and produce all year—tomatoes in winter, for instance. But globally the challenge is grain and meat, not tomatoes. It takes 38 percent of Earth’s ice-free surface to feed seven billion people today, and two billion more are expected by 2050.

Only the Philadelphia International Flower Show could pull this off on so grand a scale and so gracefully too. This year’s...