No sooner did a copy of his “The Iconic American House” land on our doorstep than his “Mid-Century Modern Design – A Complete Sourcebook” arrived via UPS.

All the major iconic projects are here, including Farnsworth, Douglas, Fallingwater and the Glass House, among others. But there are some lesser-known works too that are just as powerful. 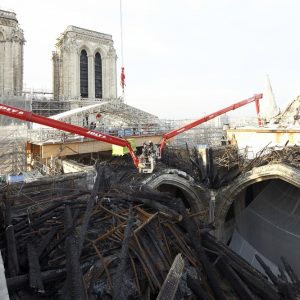 Most of the world watched in horror two years ago as the Notre Dame Cathedral in Paris went up in flames. Thanks to the work...