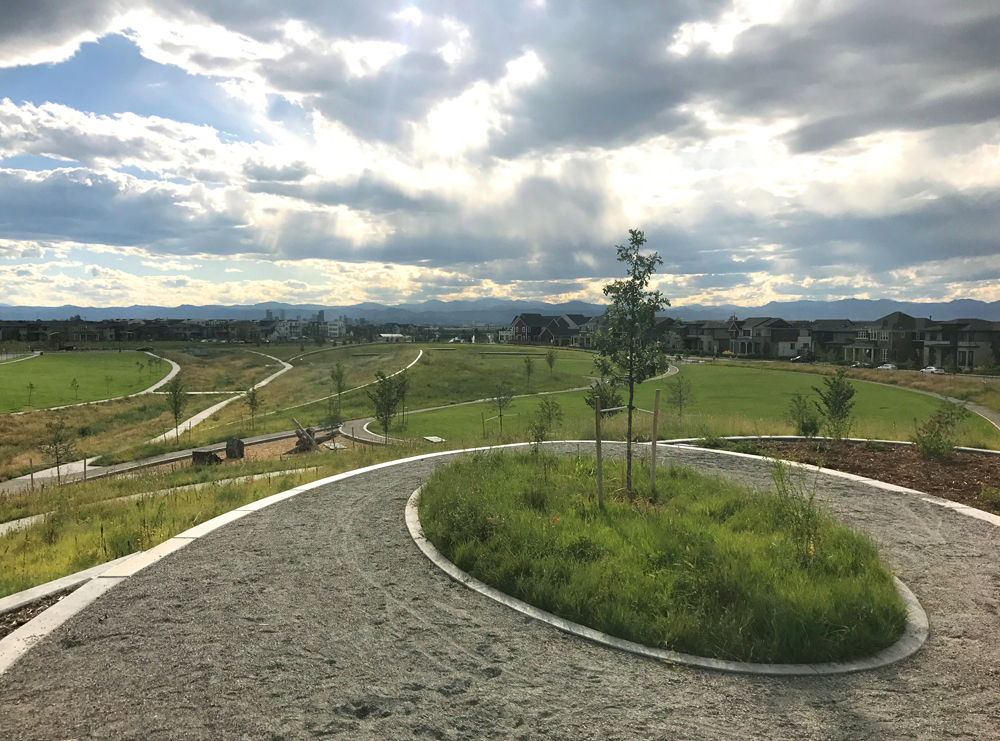 Civitas Stapleton Park pic: With sweeping views of the Front Range, the Vista Garden in Sandhills Prairie Park is the highest point in all of the Willow Park Neighborhood 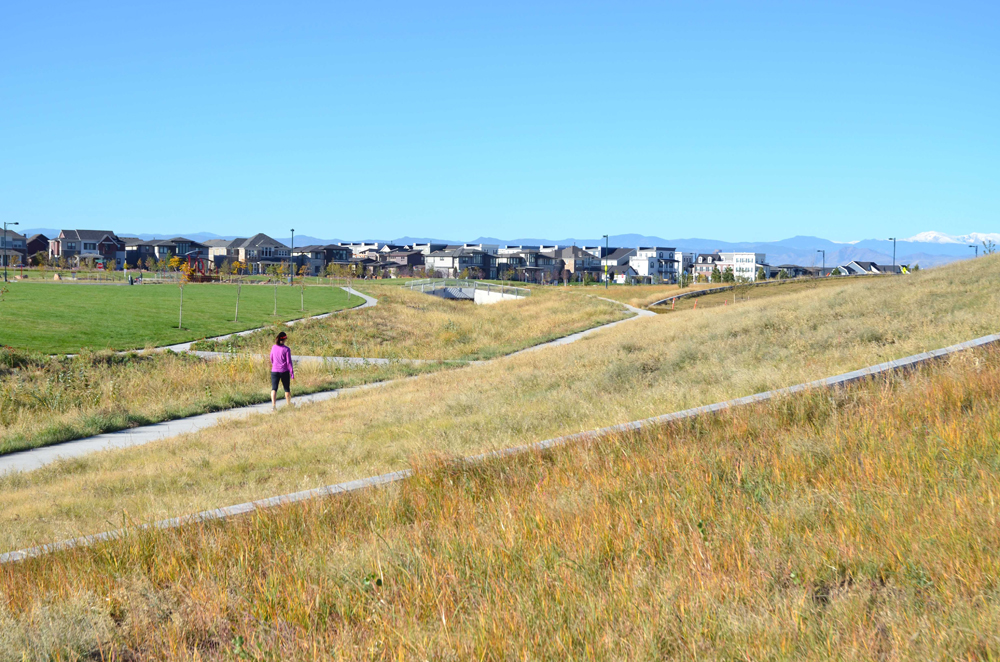 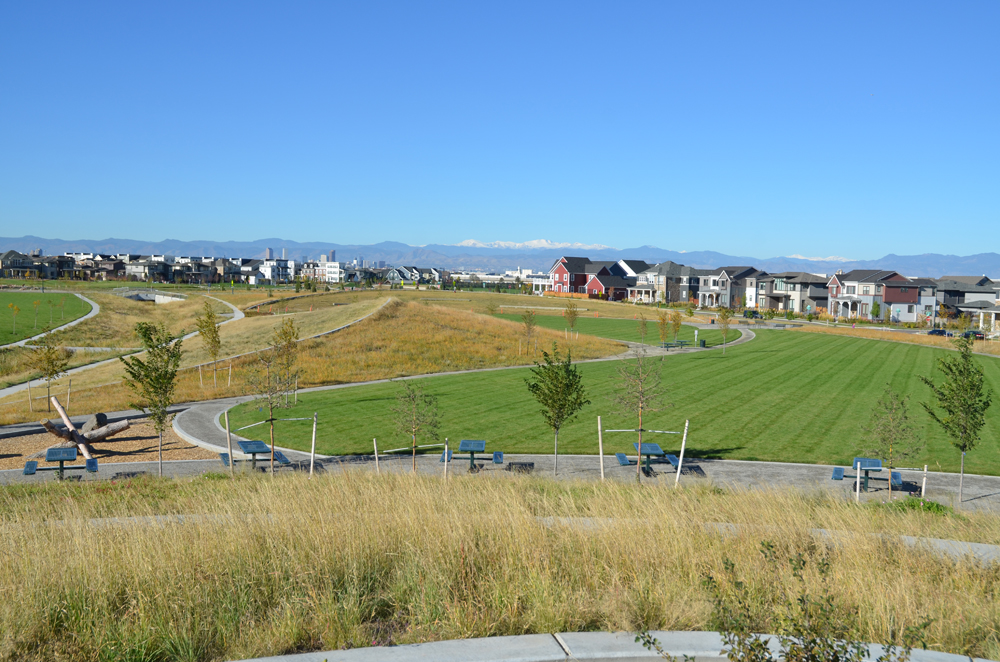 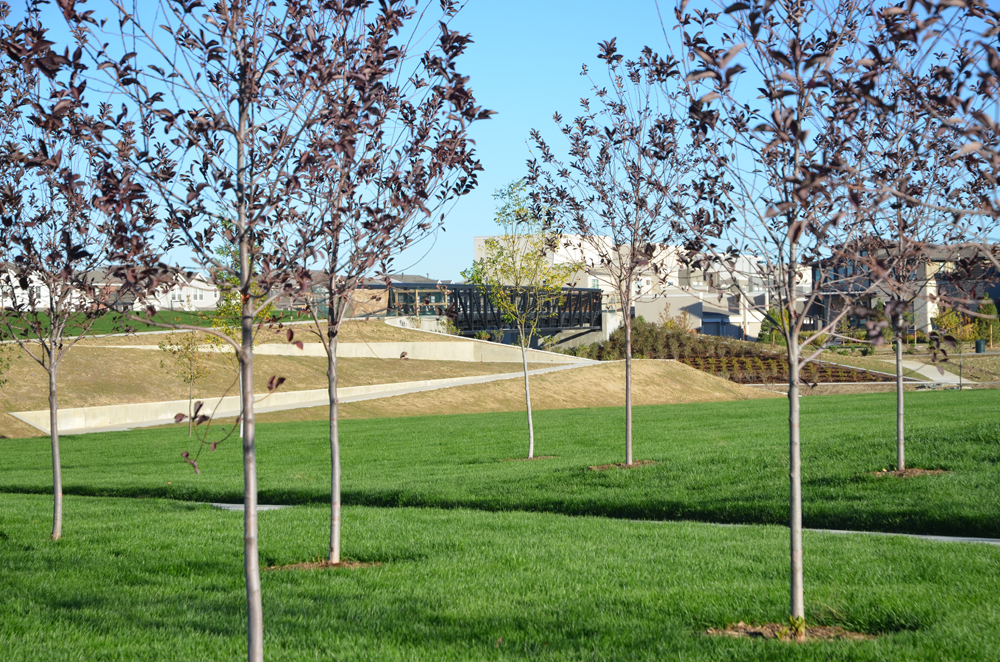 Inspired by the native Sandhill Prairie formations, the Sky Walk provides a unique prairie experience and is set on architectural landforms and crisp angular walks that create a visually stimulating park experience in Prairie Meadows Park. 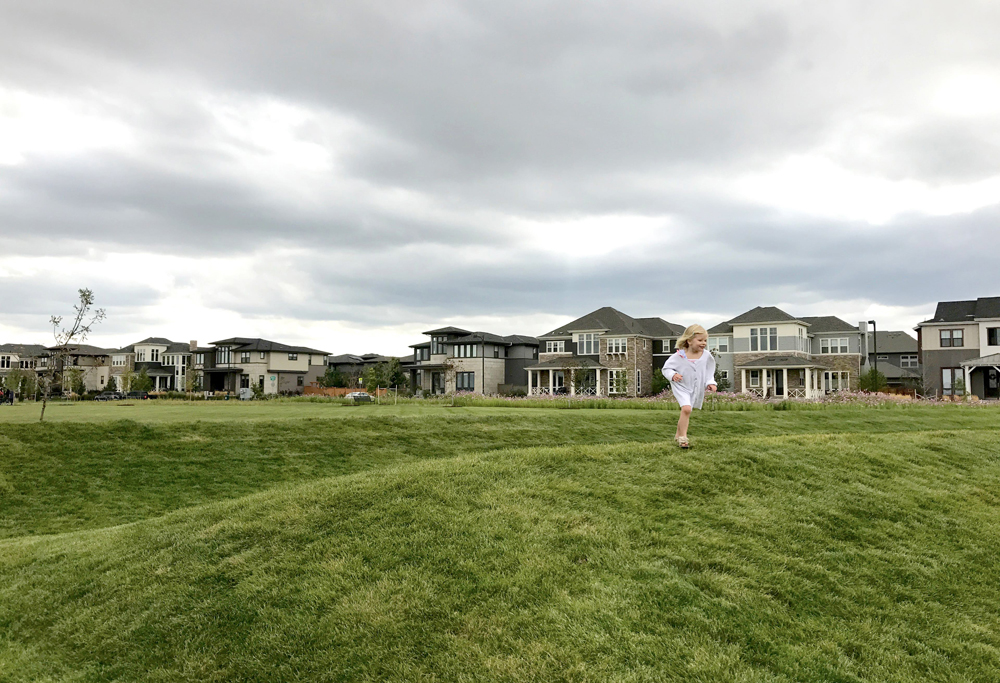 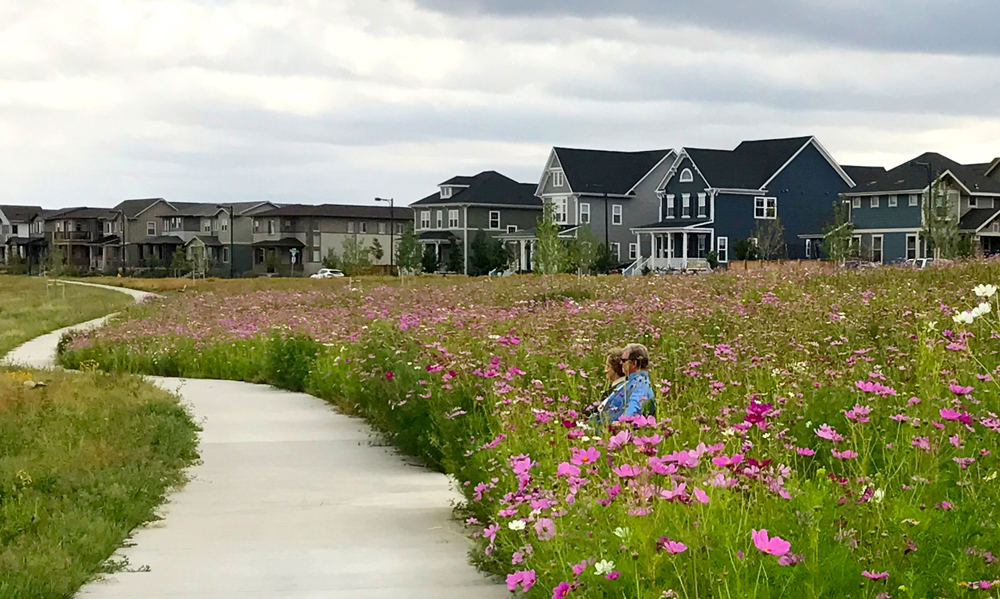 Nestled amongst the field of Cosmos, Stapleton Residents enjoy the expansive prairie landscape of Cottonwood Gallery 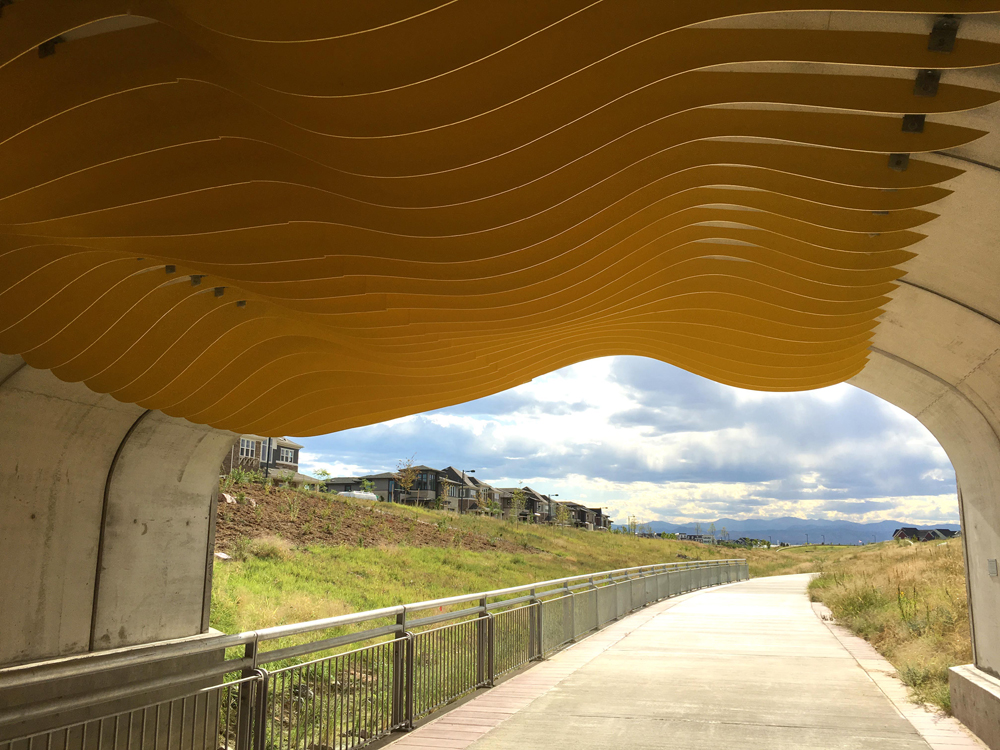 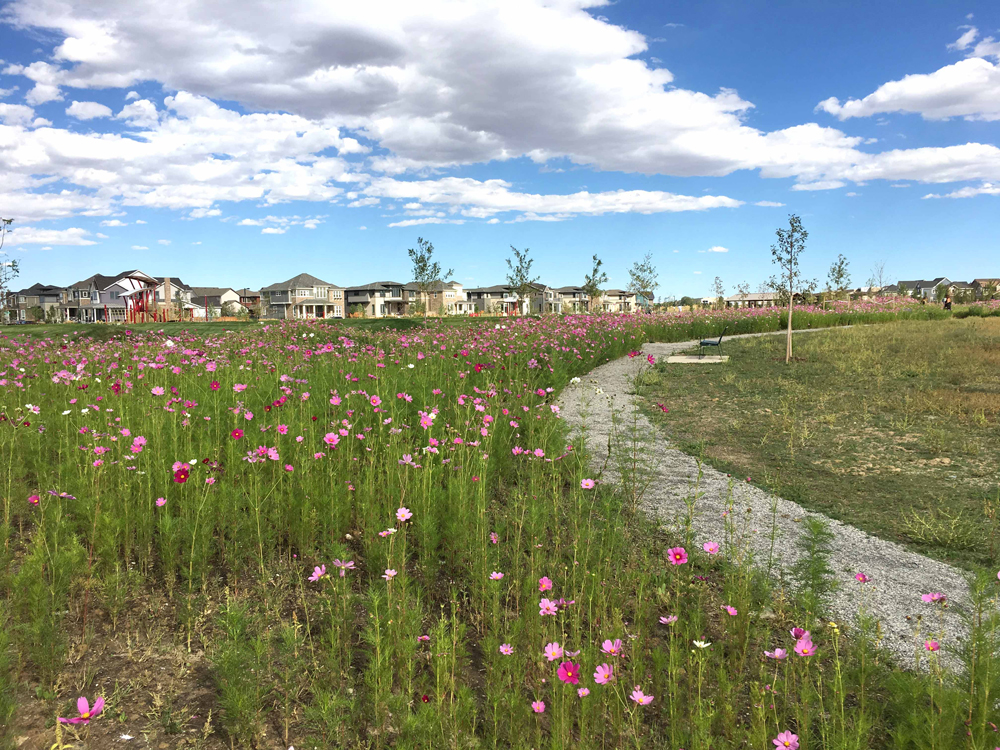 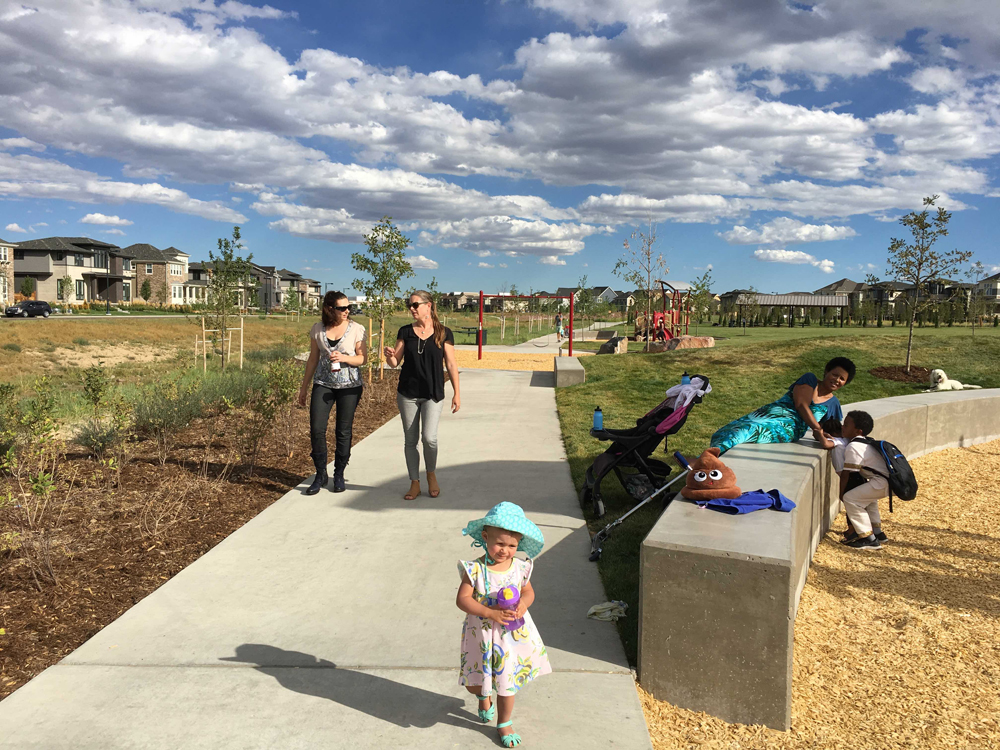 “Play Pods” accentuate the arcing walkway that divides the native drainage way and the large turf field through Cottonwood Gallery. 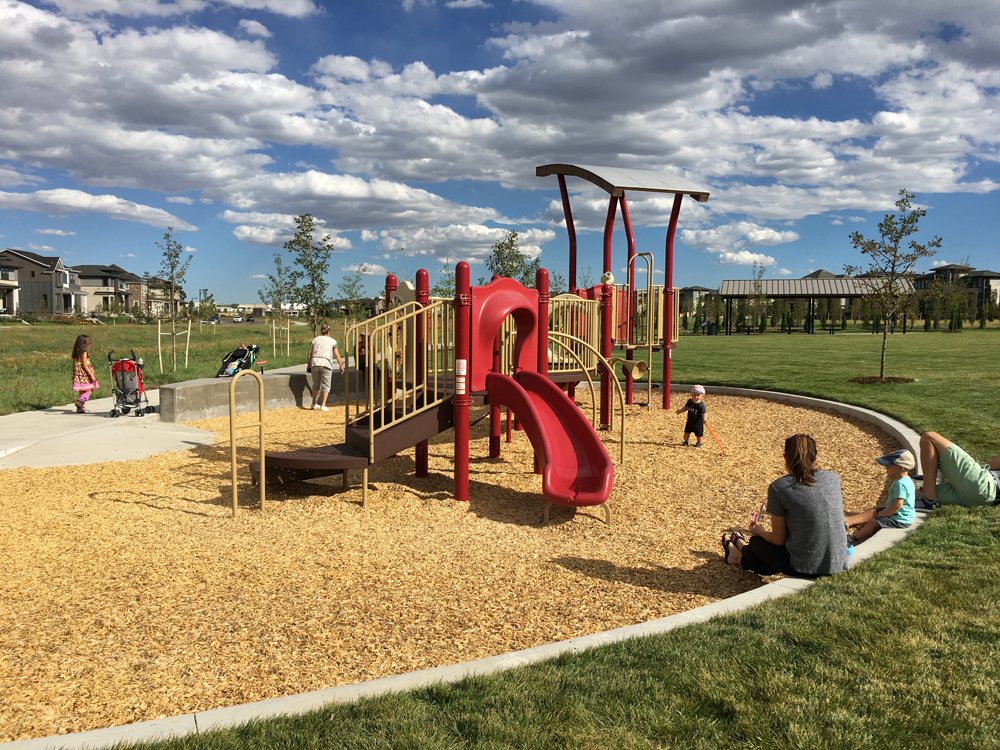 The largest “play pod” in Cottonwood Gallery scales the play experience down to a child’s size through the use of a low seat wall. 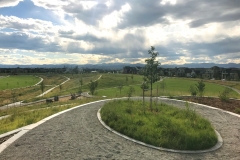 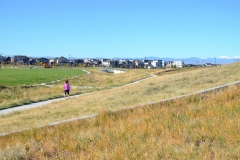 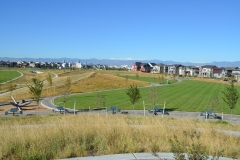 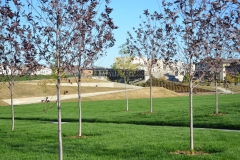 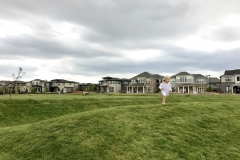 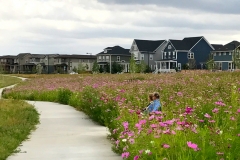 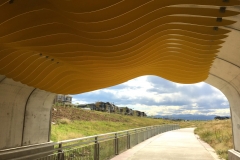 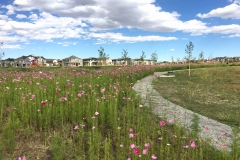 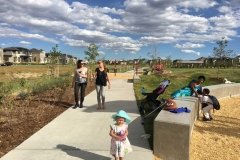 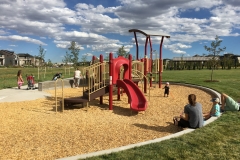 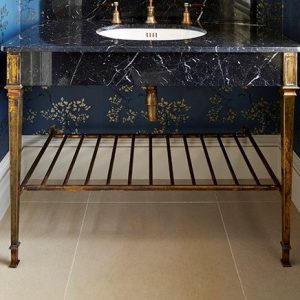