The firm’s patented iCrete concrete system is being used to build the Freedom Tower at Ground Zero in New York City. Both the 1,776 ft. tower, as well as the 186 ft. inner safety core supporting the superstructure, are being built with the iCrete system, using a proprietary algorithm for designing concrete mixes that can reduce Portland cement content by 10 to 40 percent without compromising strength.

FKA found inspiration for the new offices from concrete in its fluid form.

“We wanted a space that was iconic and memorable,” Felderman said.  “It’s got a fluid, interactive feel, but it has private offices too.  We used walls of glass for acoustical privacy.”

The pair opened up the ceiling, revealing mechanical systems to imply an incompleteness and a not-quite-finished perspective for a young company with 35 employees, on the move and ready to grow.

Felderman said that he drew inspiration for the project from one of his first design projects back in the 1970s – the New York headquarters for Faberge, featured at both the Whitney Museum and the Museum of Modern Art.

“It reflects back to my early days,” he said.  “The walls curve into each other and have a slight cant.  The shelving on the walls is curved so that it opens up to display the products.”

The pair designed much of the furniture, which was fabricated by dTank, with chairs from Knoll and client-selected (and eclectic) white leather, a foil to the white interiors.

At the end of the day, the space is shaped by the triangular form of the building and its mechanical core to one side – as well as by the nature of the company itself.

“It looks different because it’s a new and growing technology company, and the space needed to reflect something new and different,” Keatinge said.  “It’s got an industrial feel without the high-tech look.  It’s about being a backdrop for the product.” 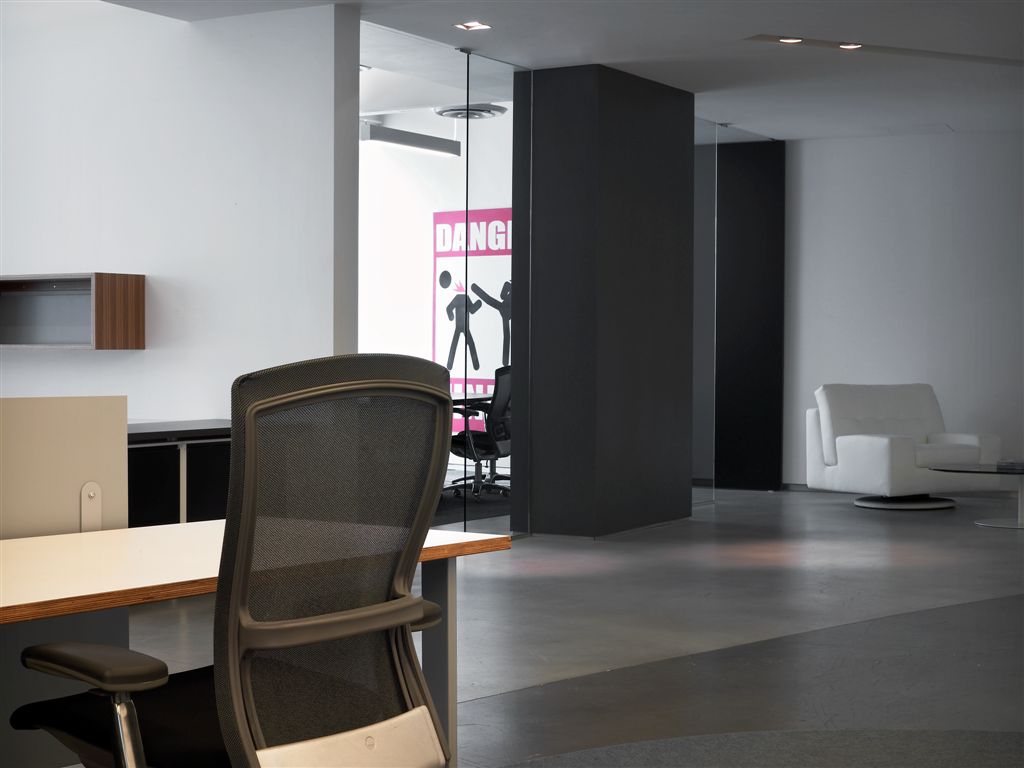 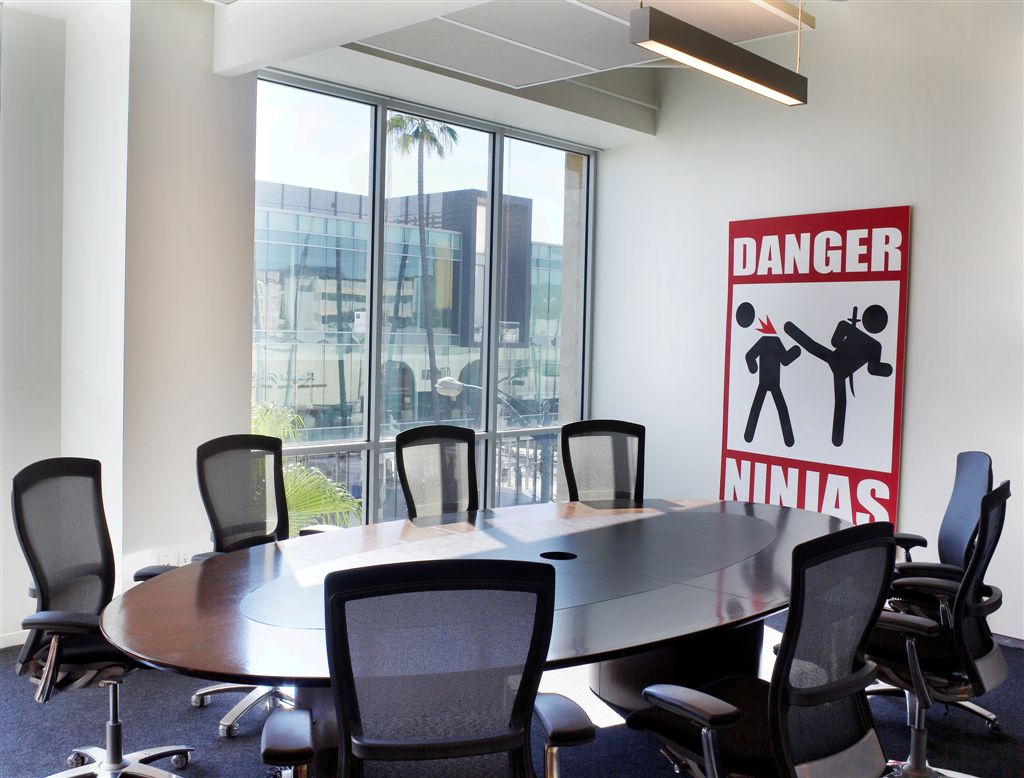 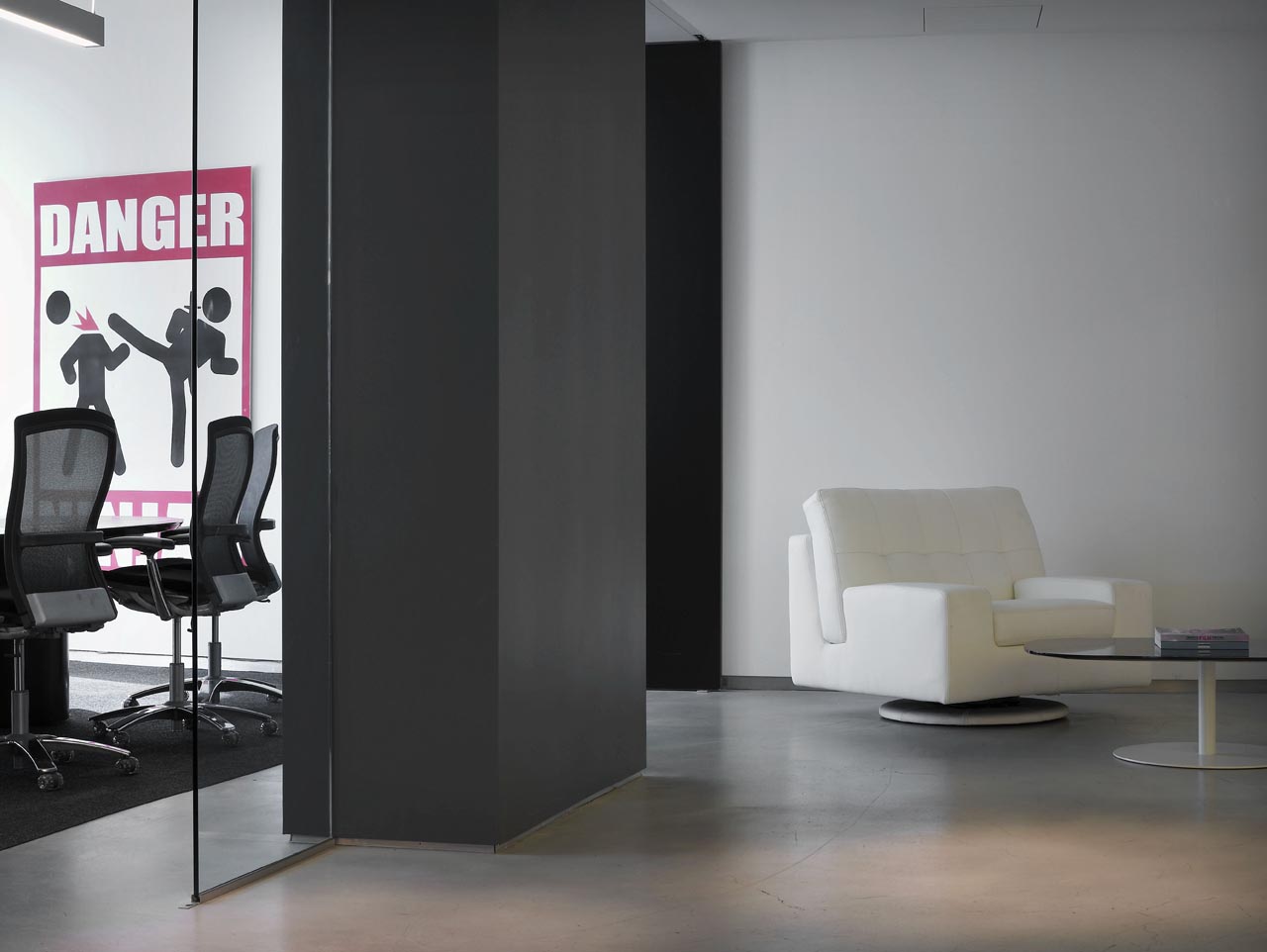 Knoll’s Benjamin Pardo looks at design not as a product, but as a thinking process. “You tie it down to logic,”...