Chad Floyd’s challenge at Phillips Academy in Andover, Mass. was to find a graceful way to link Charles Platt’s 1930 neoclassical Addison Gallery with its connected-but-separate Elson Hall, designed in 1963 by Benjamin Thompson of the Architects’ Collaborative.

It was no easy task for the designer from Centerbrook Architects and Planners.

Phillips is nothing if not traditional.  It was founded in 1778.  Paul Revere forged its motto, Non Sibi (not for self), into the school’s original seal 230 years ago.

But the museum needed to grow, and the only space in which to expand stood between the two buildings.  It was also time to refresh the electrical, lighting and mechanical systems, and to add classrooms, along with expanded library, gallery, storage and office space.

“Elson Hall was connected to the north of the museum,” Chad said.  “It was connected by a kind of niche that was not completely open, but stepped back to create an outdoor room at the connection.  That area was used as a loading dock and a sculpture garden.”

Centerbrook was charged with adding 13,000 square feet of space, and with making a statement.  “The staff wanted transparency, and a sense of excitement,” Chad said.  “They wanted to see something happening inside, so that people would want to go in.”

His solution is a two-story, glass-clad building that’s offset by a stainless-steel screen that extends five feet away from its transparent skin.  “It’s diaphanous,” Chad said.  “It softens the effect of the glass so that it’s not too overwhelming.”

It features a horizontal brick base. and wall that extends and aligns itself to both Platt’s and Thompson’s work.  Above it all hovers a flat roof with green features and a glass Dale Chihuly installation.

And it offers a verticality that’s not unlike the proportions of the columns of the Platt’s original gallery.  “”There’s a classical purity in its design, but also one of a new century,” Chad said.

For more on the Addison Gallery, go to http://www.centerbrook.com/news/thumbs_up_for_upgraded_addison_gallery 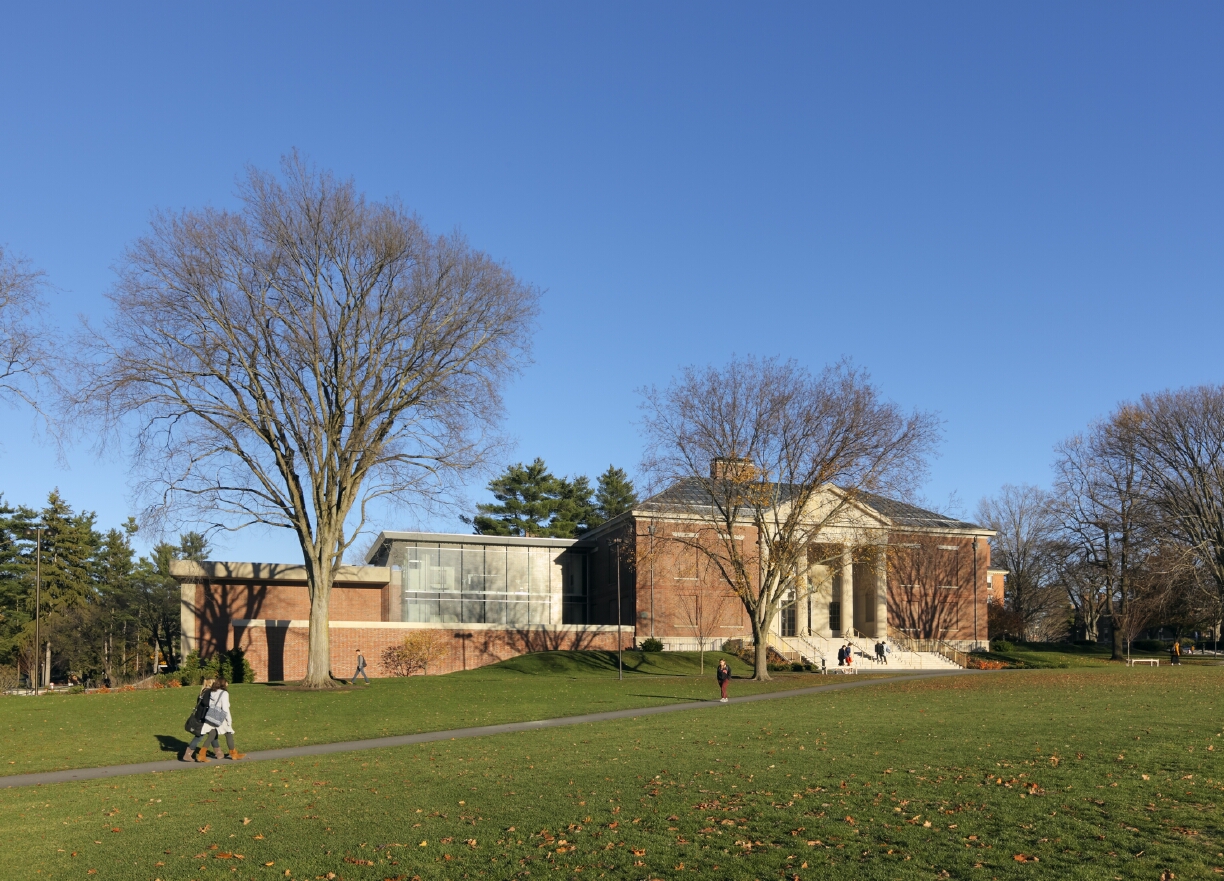 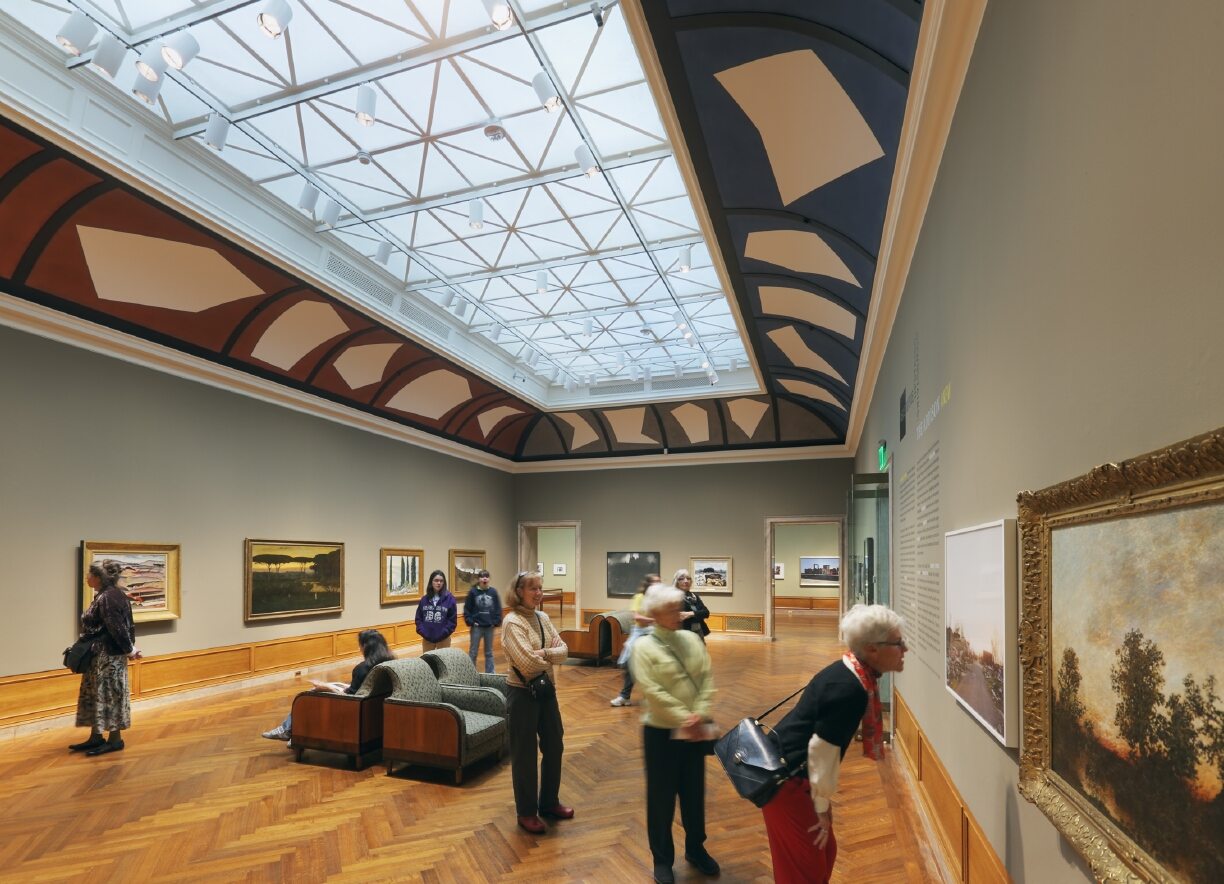 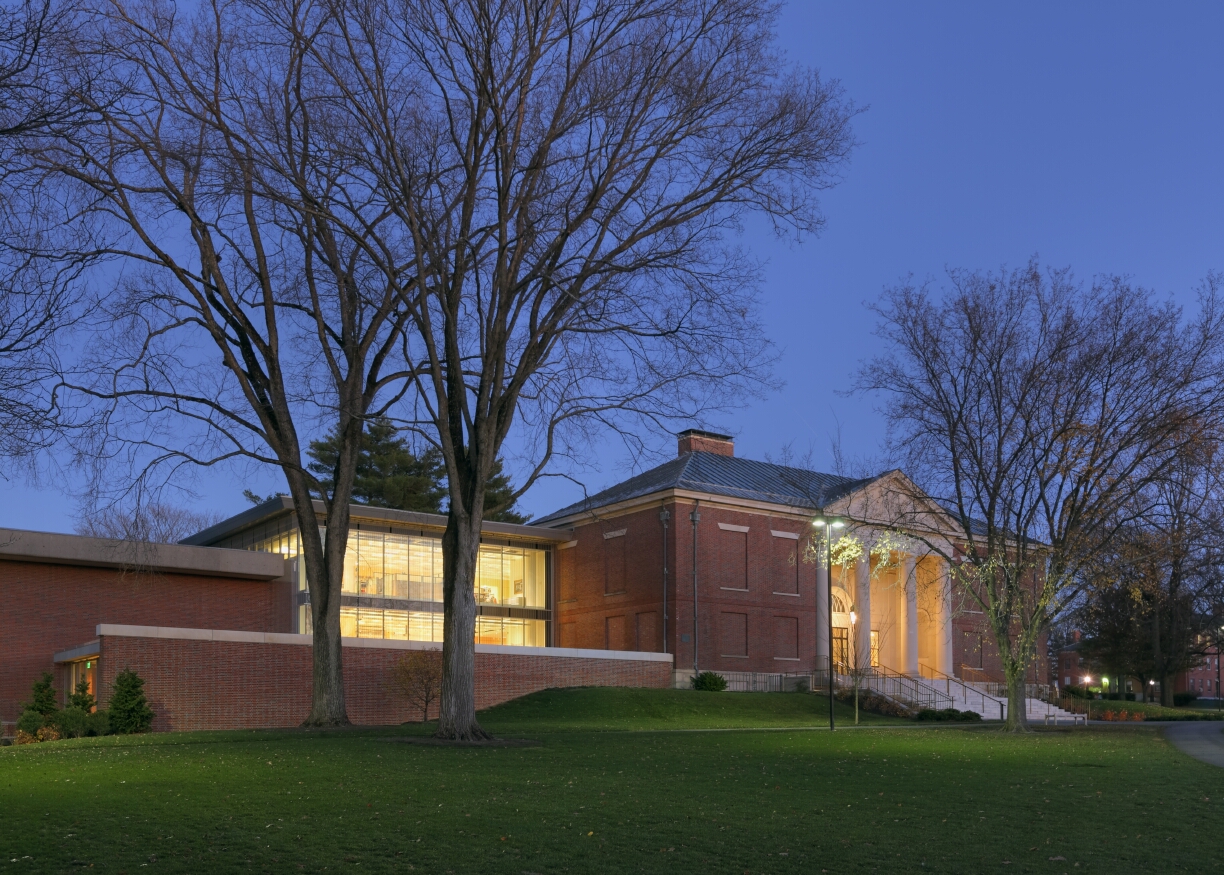 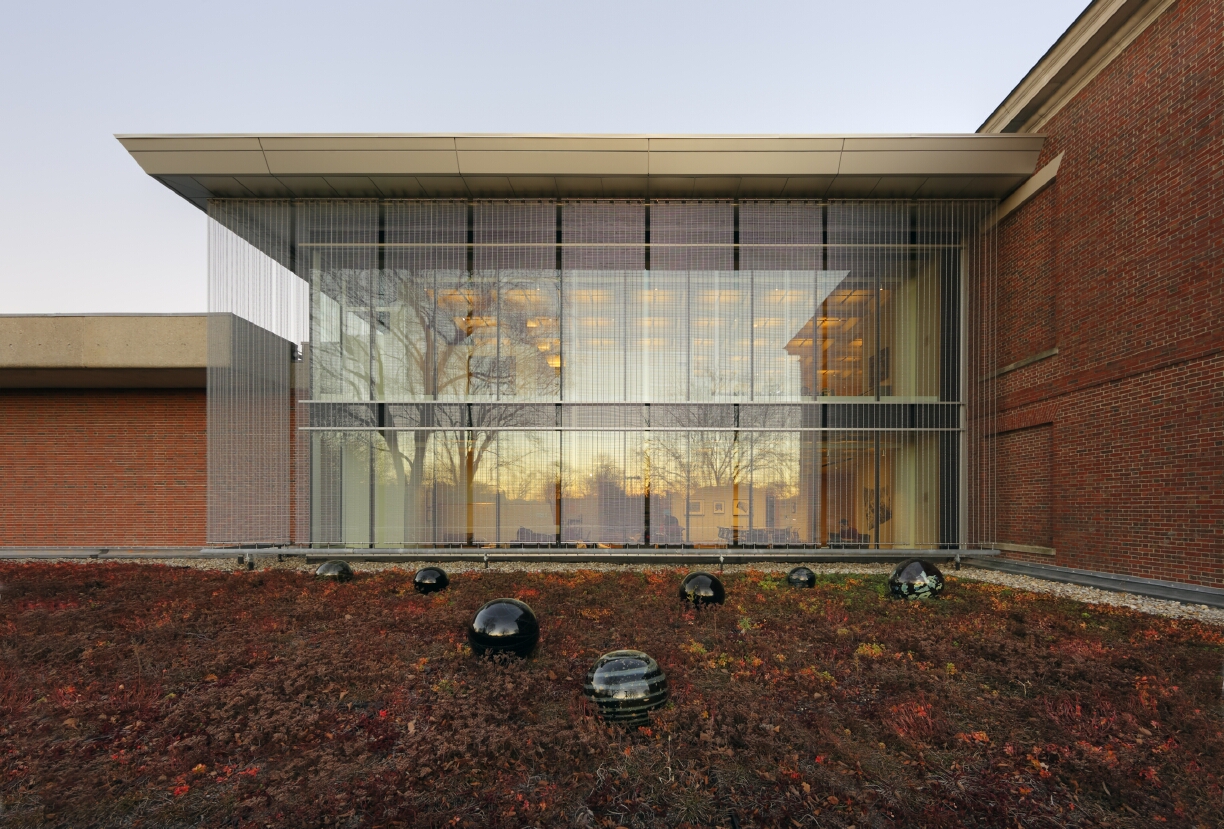 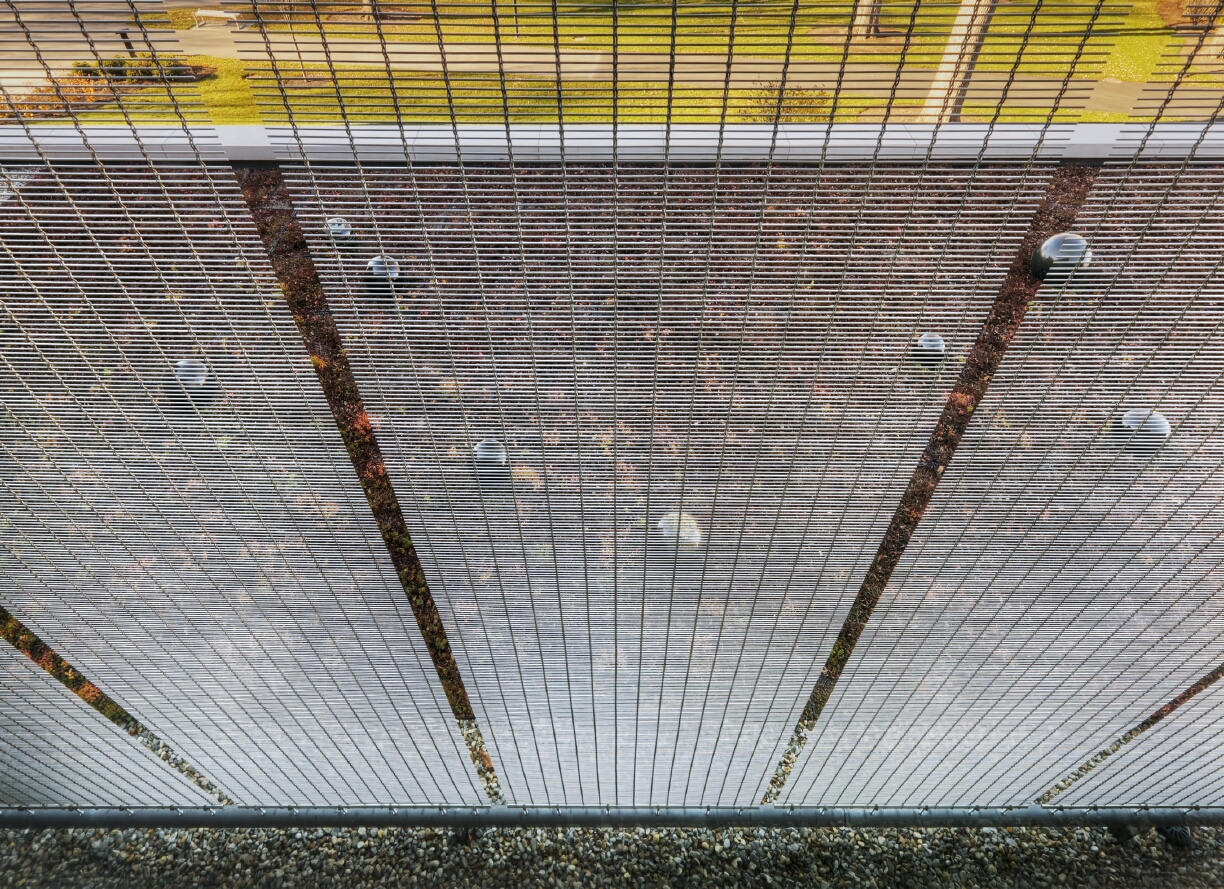 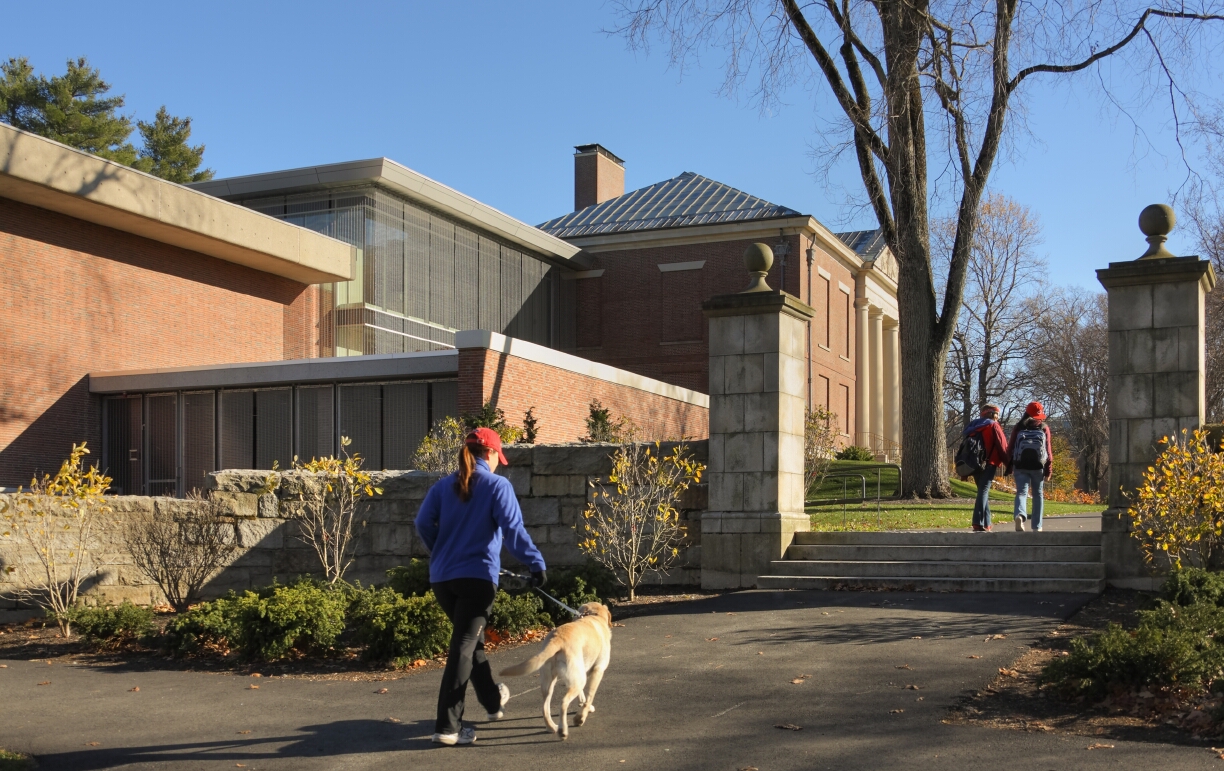 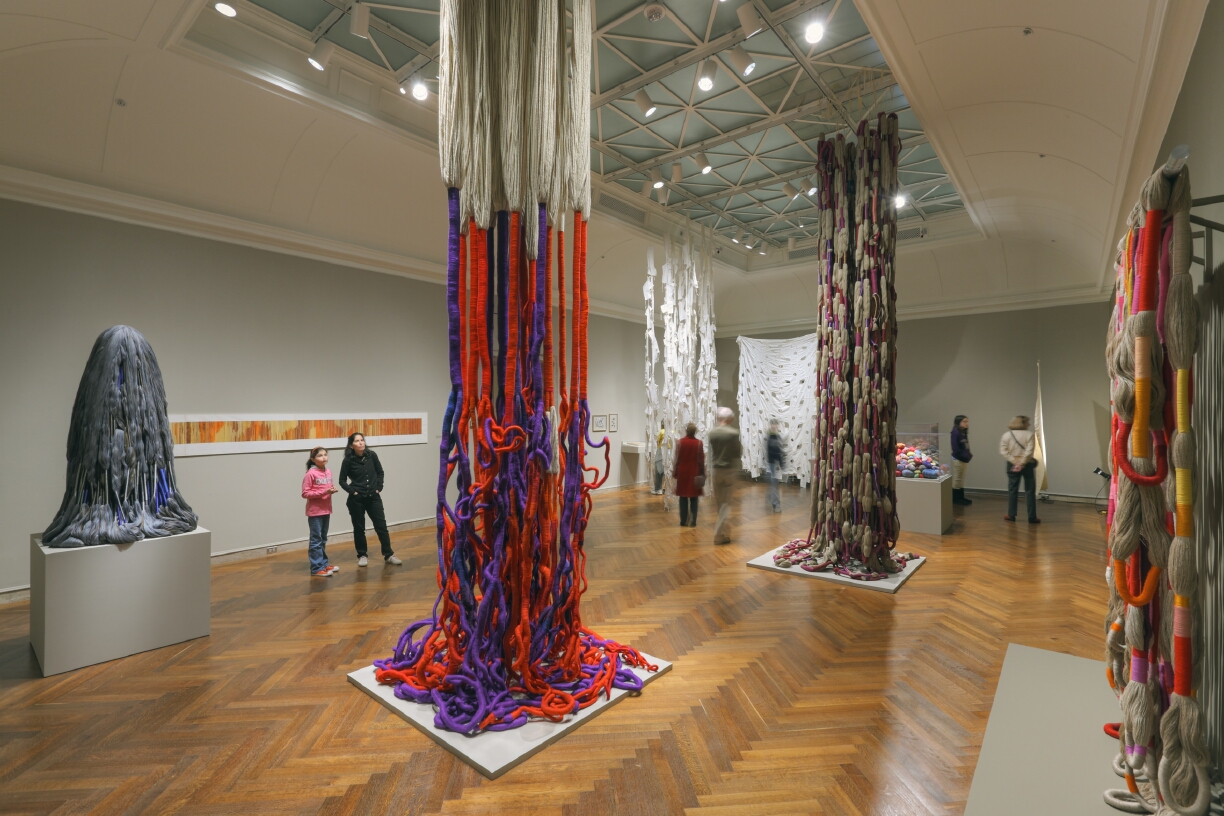 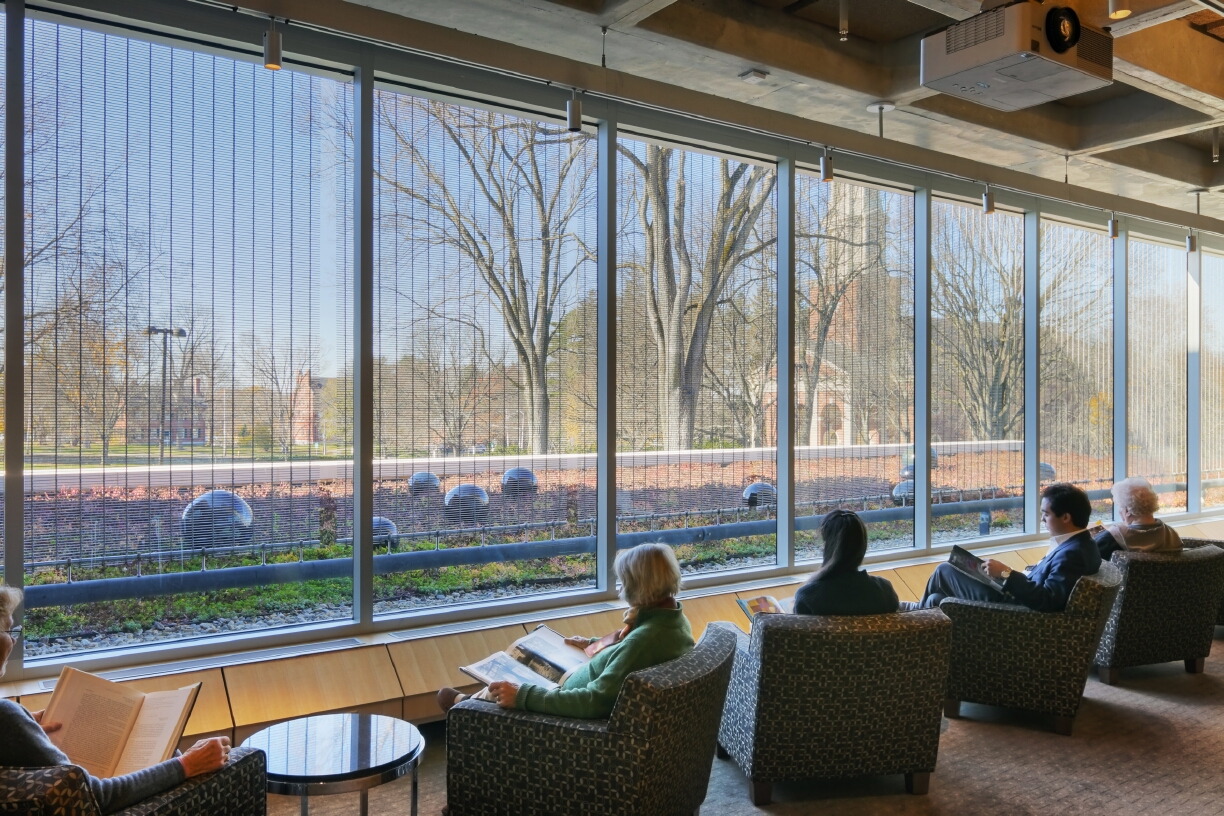 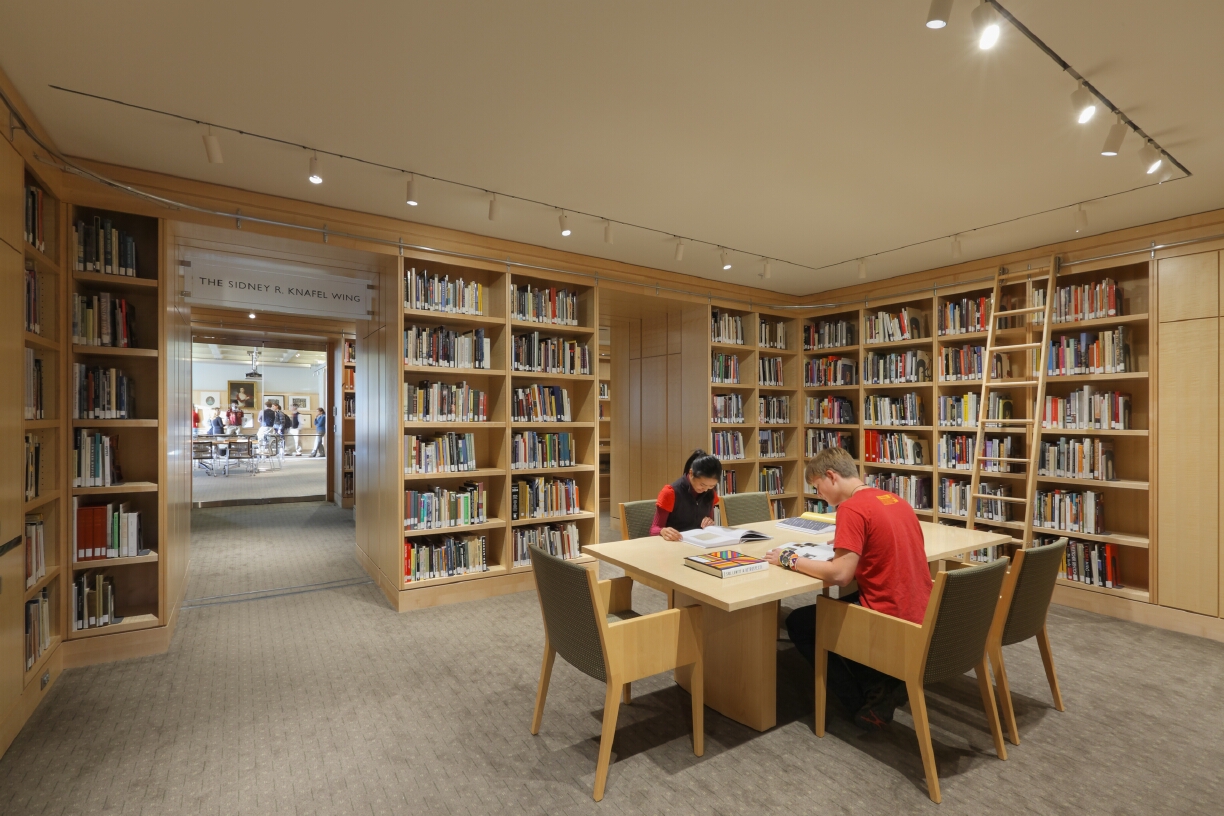 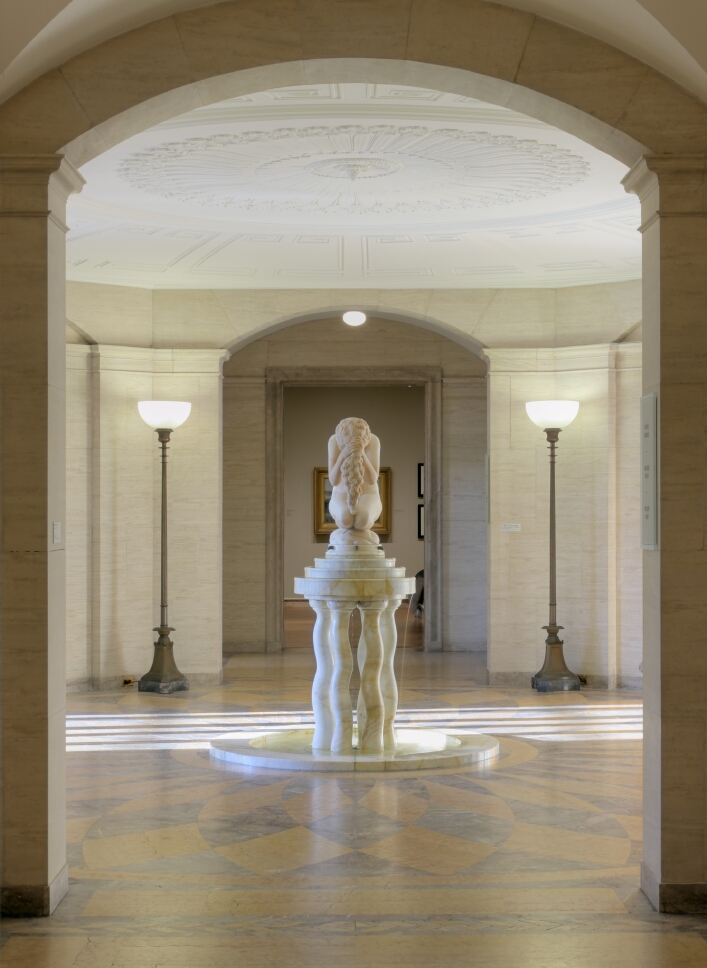