Having interviewed a number of lighting designers, I’ve found that they’re a pretty talented, cerebral bunch. They have to be artisans and thus know about materials and design and all that, and they have to know a little something about practical things like electricity. But they’re also installation artists, sculptors of form, shadow, space and light. And that makes for an intriguing combination.

Philadelphia-based (and yes, a brainy pre-med in college) Christopher Poehlmann is one of those sculptors of light, but he’s a master of shadow, too—playing with materials old (often recycled) and new to do it. We love the moody simplicity of his work, high blend of organic and tech-edgy design (including 3D printing), and commitment to the making process—and to the process of making a very smart business.

How’d you get into the art and business of lighting? Where did your interest in craft and design come from?

My mother went to art school to paint, her father was an inventor, and my dad’s parents were both commercial artists so it was kind of in my DNA. My mom cultivated my love of art and craft: I was cooking with her from the time I could stand, and spent hours on end with her doing craft and art projects. My little brother wrote stories and acted, my sister played with dolls and organized stuff.

I made things. I remember in high school getting frustrated with the shirts that I had available in the late 70s early 80s and choosing home economics over auto shop. That was probably my first glimpse of my ultimate calling to be a designer, but I did not have the language or even a clue that it was a viable life track.

I found photography early in high school and continued to pursue that craft until I shifted to 3D in the late 80s. I eventually realized that I was meant to be an artist, and after struggling through pre-med and a BS in psychology, craft, photography and design suddenly became what I understood as the meaningful thing to pursue, not money and security.

But making isn’t necessarily design. How did that love come to be?

I fell in love with design while studying photography for a semester in Salzburg, Austria my last year of college. At that point, my only exposure to design was my Dad’s best friend Bill, whose home was filled with classics byCorbu, Breuer, Mies and Castiglioni.We spent a lot of time at Bill’s so images of that stuff were embedded in the back of my head. Once I was in Europe, though, I suddenly realized that everyday objects could have so much more meaning and impact on our daily lives. Everywhere I went in 1985, there were new ways of looking at furnishings that I had never thought of in the States. Stores and showrooms became my museums and the decorative arts sections of the art museums became so much more attractive than the paintings, etc. This love of furniture and objects has never left me.

Did you head to design school after you had this epiphany?

I am self-educated in design and craft. I fell into making after years of sketching more as a need to see my ideas in 3D than as a career move. But it instantly became a visceral need to make. Having no prior experience with making objects, I took a trip to the local hardware store and came home with copper pipe fittings and pipe. I learned to fabricate a wide range of functional objects and became an expert at pipe sweating after being offered a solo show and given a studio space to do the work in a short six months after a gallery owner in Milwaukee saw just a couple of my pieces.

Talk about working with clients on a custom piece like the newGROWTH light.

The newGROWTH fixture series began about 8 years ago in Milwaukee, almost against my will. I was approached by a designer whom I had worked with before. She asked me to recreate a version of Tord Boontje’s famous Swarovski Branch chandelier—a commission that I instantly turned down, having had others knock me off before. She kept pushing me to and gave me the design brief indicating that the primary concern was a concrete ceiling with an off center j-box. I designed an asymmetrical chandelier that turned out to be too difficult to build and then had an “aha” moment realizing that the idea of a tree branch as a cantilevered fixture could be a great solution indeed. So, from the seed that she planted grew what has become my best seller and favorite fixture series to produce.

Every newGrowth light is unique to the client, so that means working closely with them.

The newGROWTH commission process requires feedback from my clients. Each piece is fabricated by my hand from aluminum pipe and solid rod. There are no forms or jigs used, just a rough sketch that I develop through email exchange with my clients. I ask them for the dimensions and general form that they feel would work best for their project at hand along with photos or plans of the space if available. In this way, they get to collaborate on the outcome and have more of a connection to the final piece. When I’m doing the sketches and also at the work bench, I’m always thinking about the organic form mixed with proper function—as if a tree were genetically predetermined to grow into a chandelier. 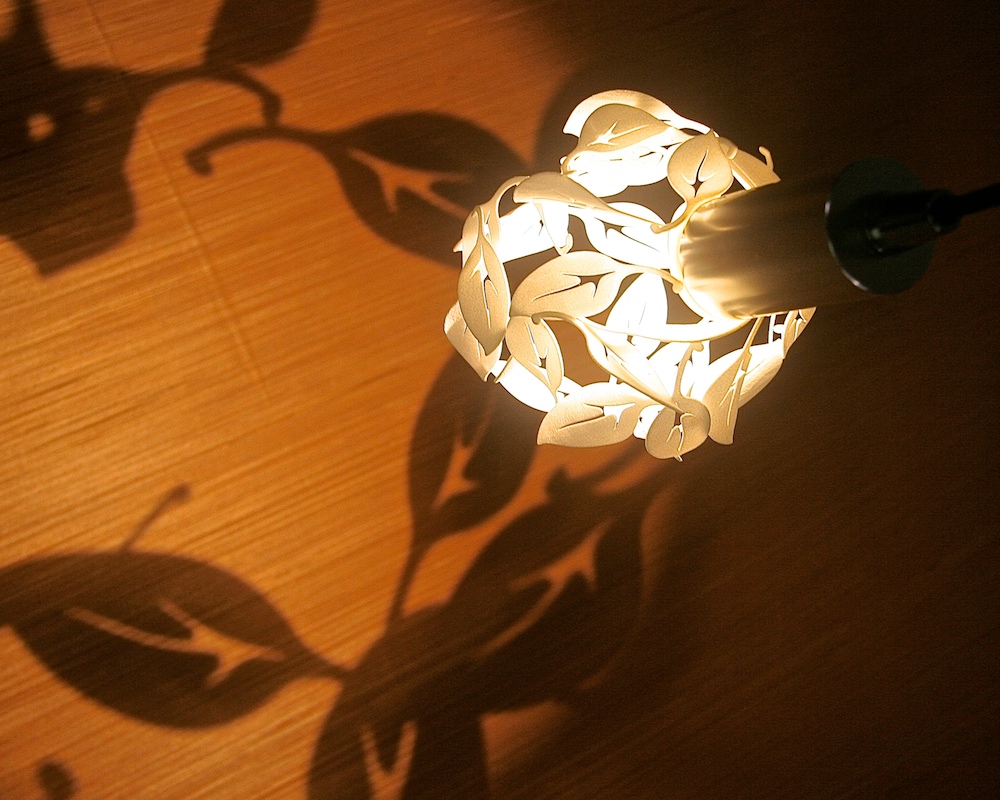 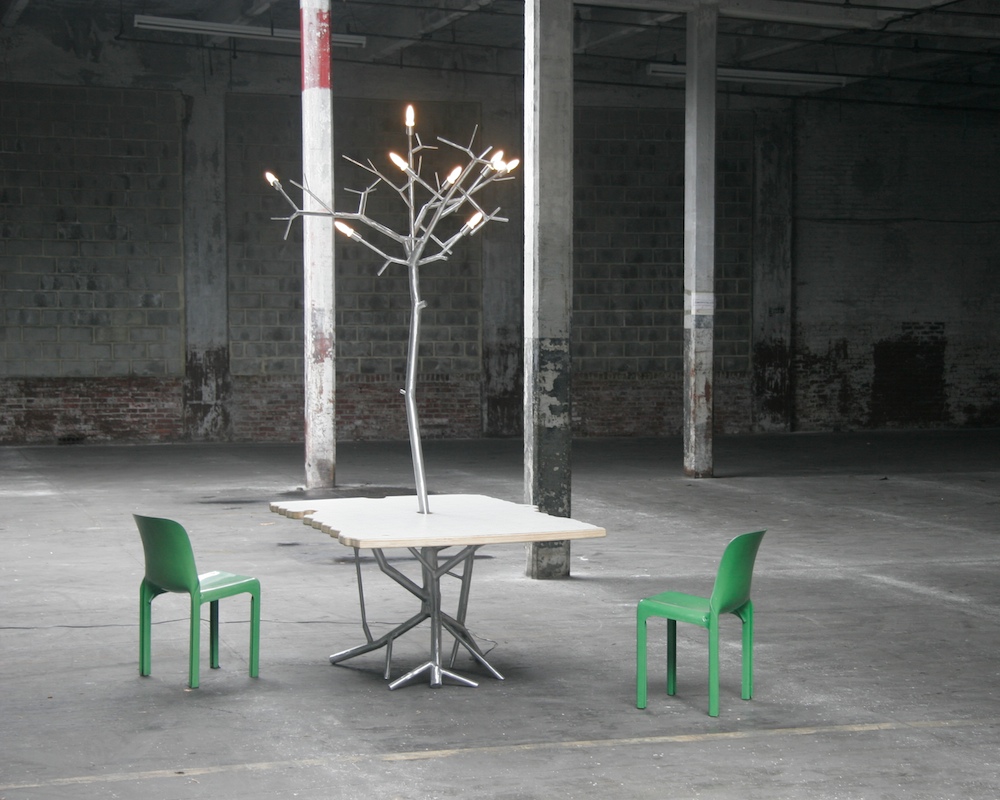 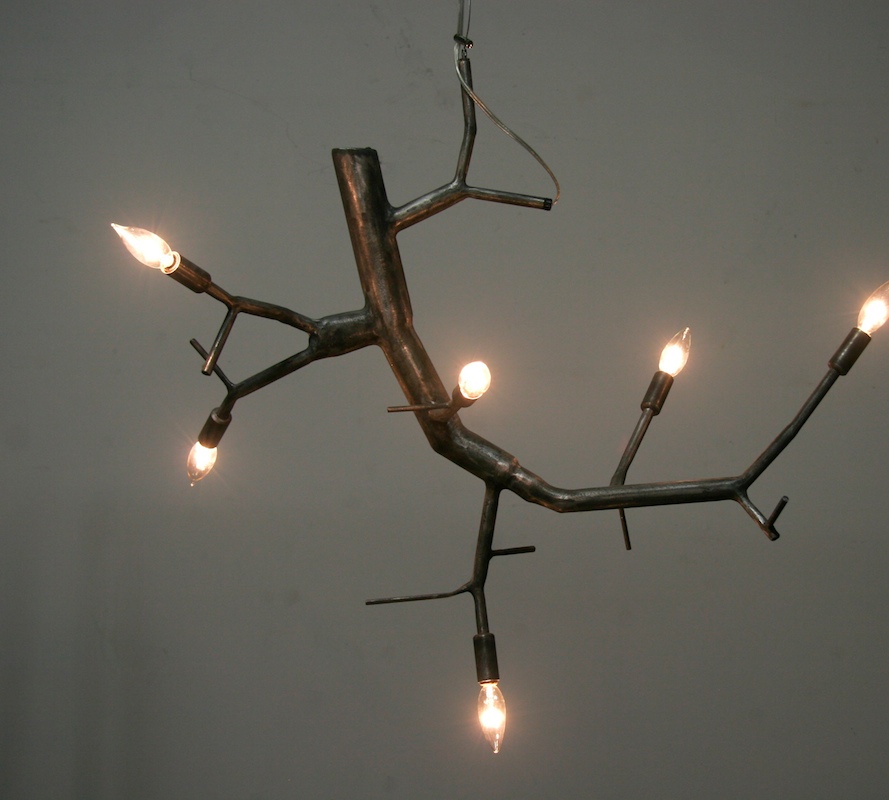 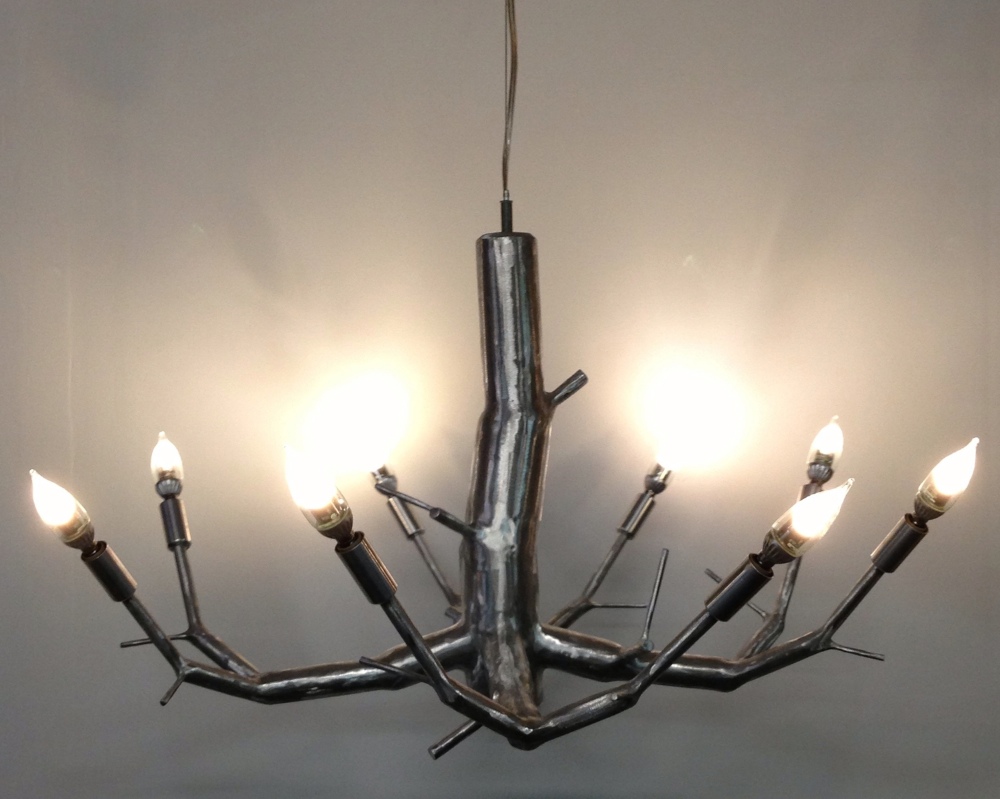 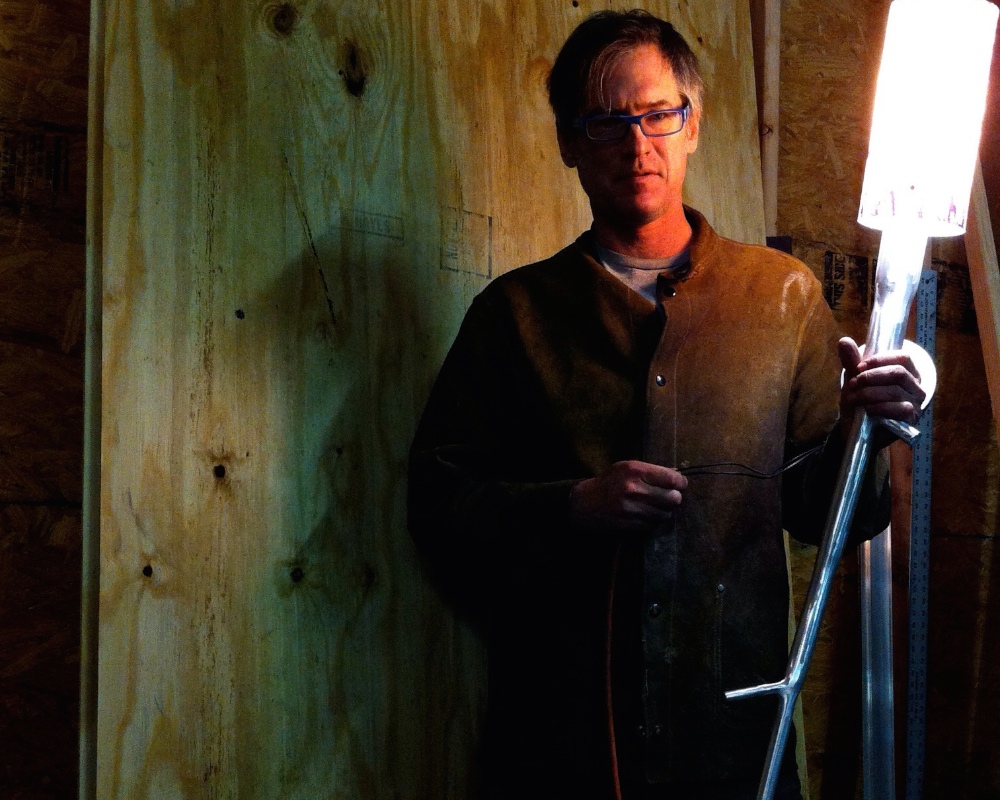 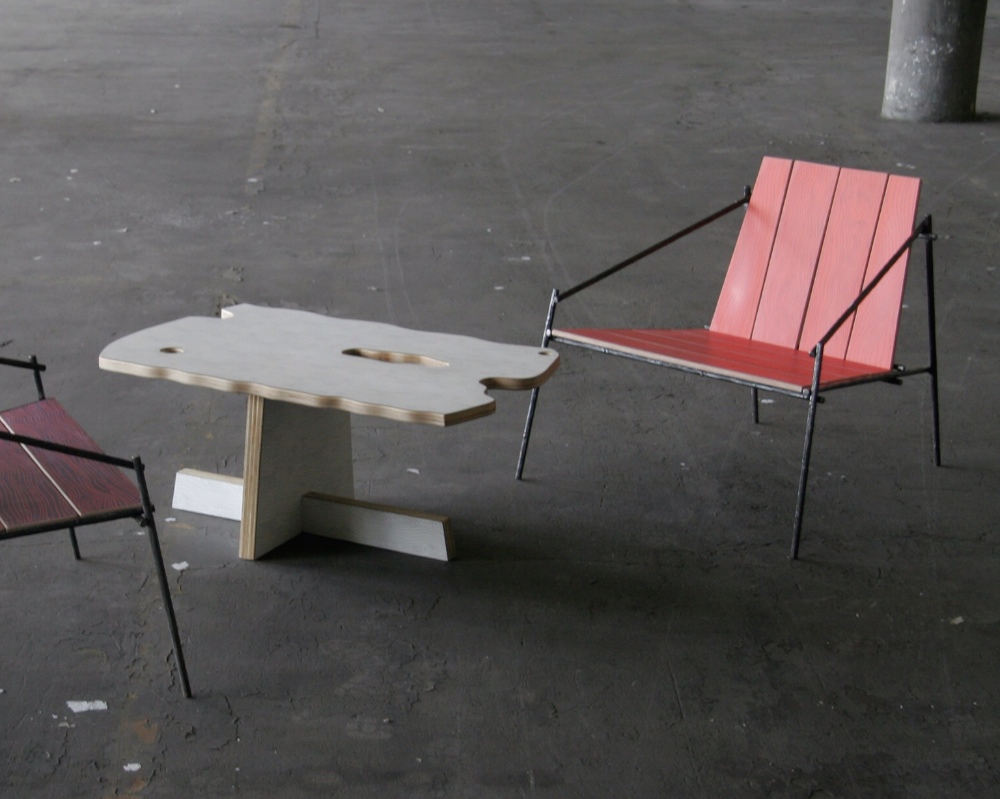 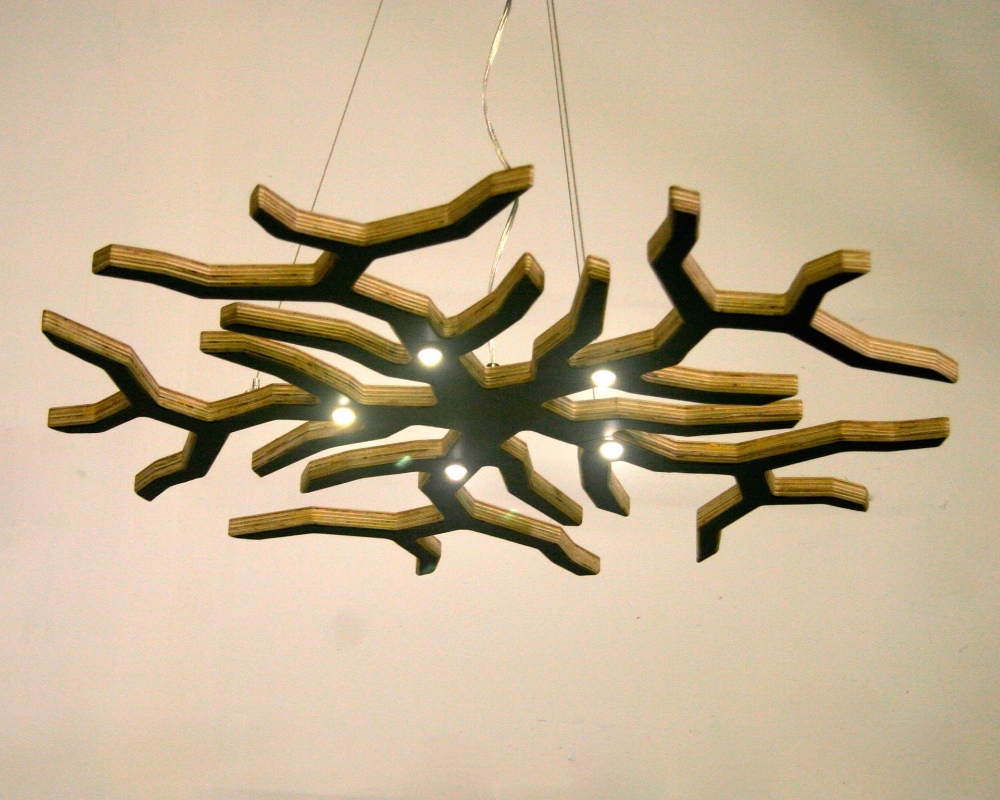 Working with the Vernacular of Cabo

Working with the Vernacular of Cabo

By Nikky Streeter Travel is great for design inspiration -- sometimes all it takes is a week in different climes to gather...