One sure indicator that residential infill lots are at a premium in New York lies at 505 West 43rd Street in Hell’s Kitchen. There, two 15-story structures tower over the street – while trains run below their foundations.

“There’s a gulley where the trains are going through – 20 feet dug out of rock walls,” says Christian Bailey, principal at ODA, architects for the project known as Charlie Wilson. “We had to work with Amtrak out of Philadelphia, and DOT with the bridge.”

The idea for that bridge came from his clients, experienced residential developers who bought the site with the idea of bricking it over and carving 131 condominiums out of 180,000 square feet atop.

“It’s a high-end condo project, so the idea was not to have people feel the train running below every hour,” he says. “We had to make sure the foundations were isolated away from the rock so there were no vibrations for people living in the condos.”

The train tracks’ concrete crash walls are two-and-a-half-feet thick, parallel to the tracks. Above them are planks of concrete, 40 feet long and four feet thick, poured in place between 12 midnight and three in the morning when concrete trucks were allowed in. On top of that, there’s precast concrete.

ODA handled the architecture and layout from the ground level up, then handed off interiors and amenities to Andres Escobar of Canada’s Lemay + Escobar Architecture.

For the exterior cladding, the architects wanted something sculptural, contextual and reminiscent of the industrial and residential surroundings. “We wanted to use a Roman brick, but cost was an issue,” he says. “We looked around and found a cast product called limestone brick, made with a limestone mix.”

Running between the two towers is a connecting path and 44-foot-long, glass-enclosed bike port. By adding those two there, ODA was able to centralize amenities and create a more spacious environment, without doubling up on lobbies, mailrooms and elevator banks. An air shaft in the center of the towers and another in the landscape channel train exhaust upward.

But what’s impressive here is how well the sound and vibration abatement works to the benefit of residents. “We’ve had interviews with people who don’t even know trains run underneath,” he says.

Like Hudson Yards overlooking the river, Charlie West is the result of a collaboration among developers, engineers and architects.

It may be smaller, but it works well. 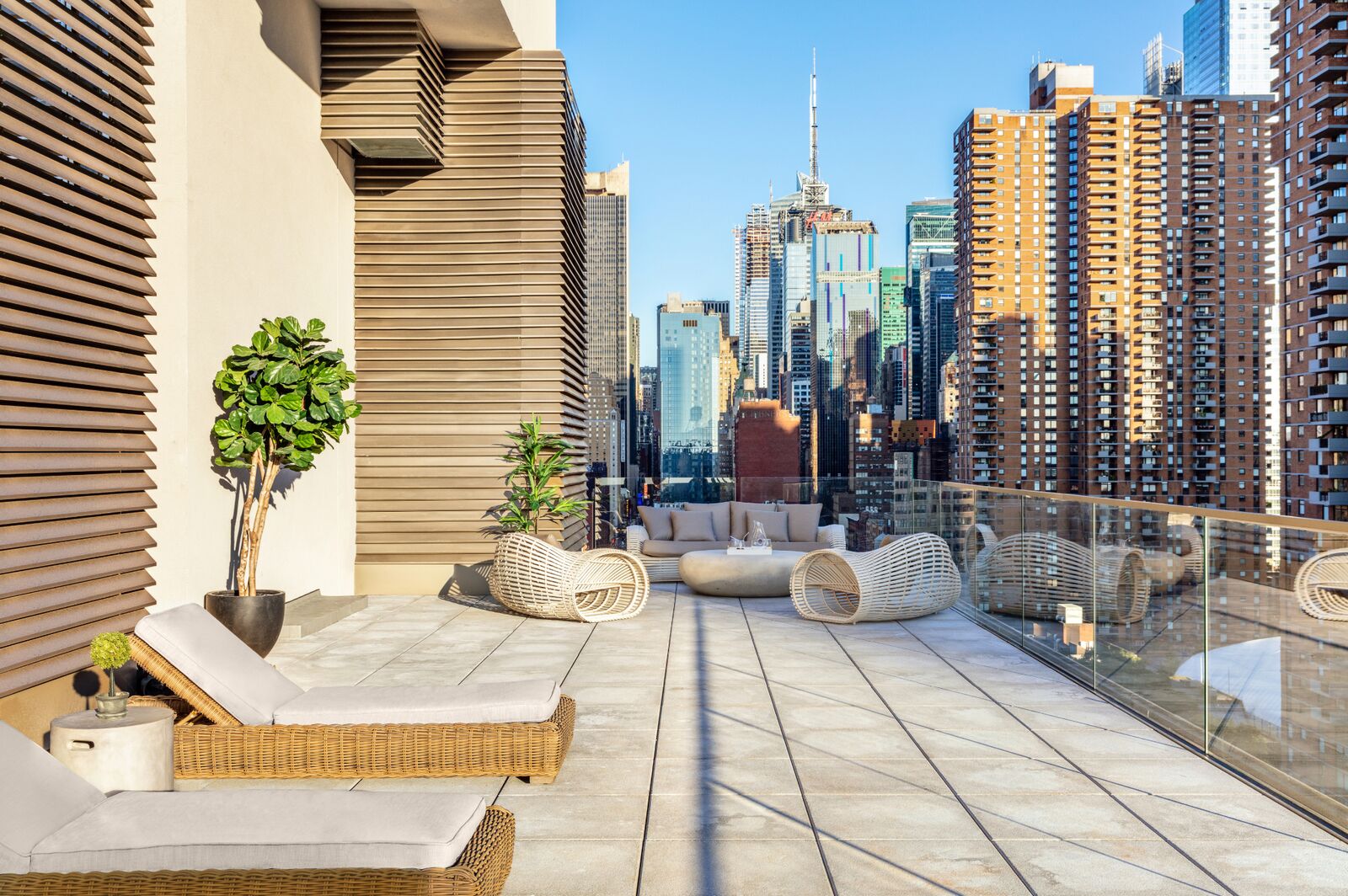 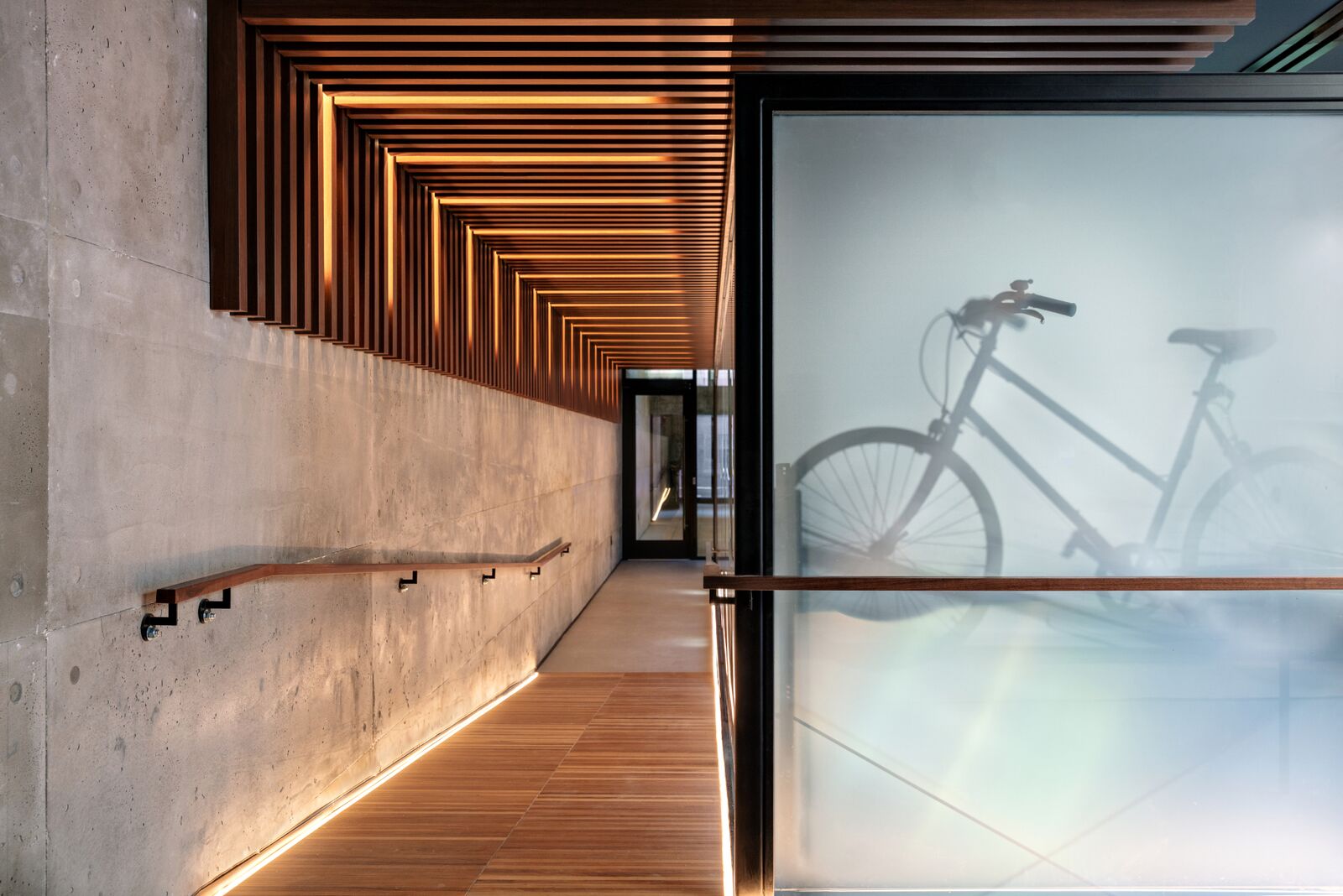 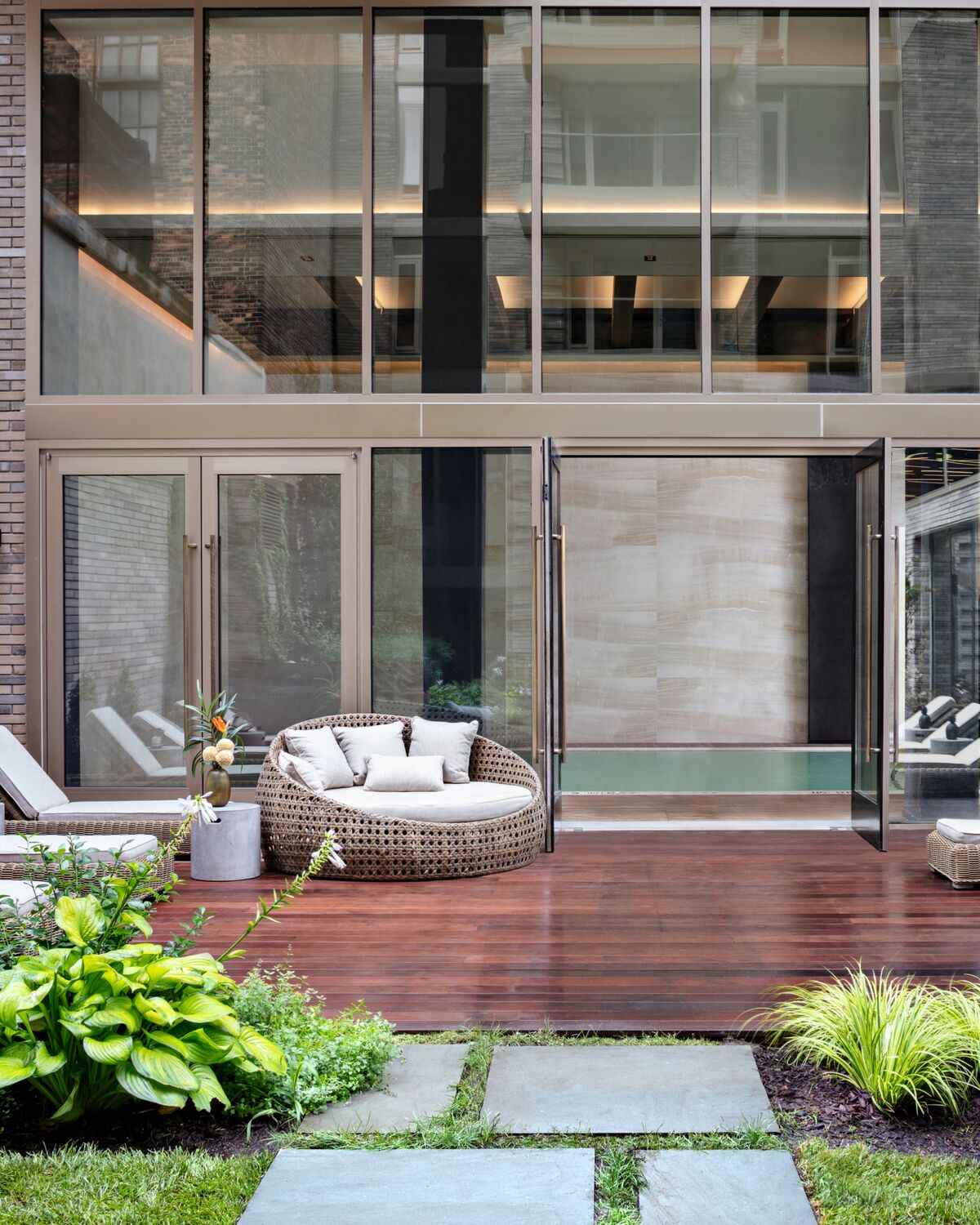 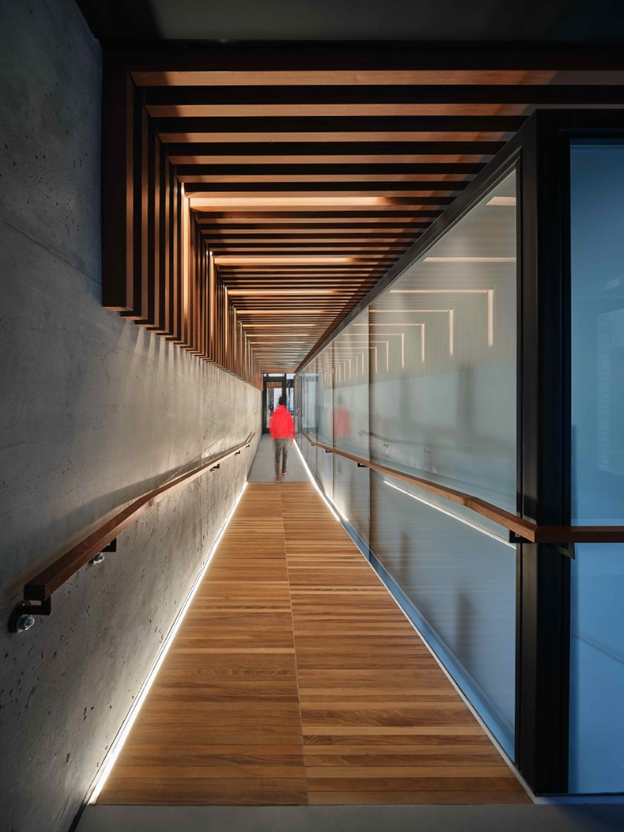 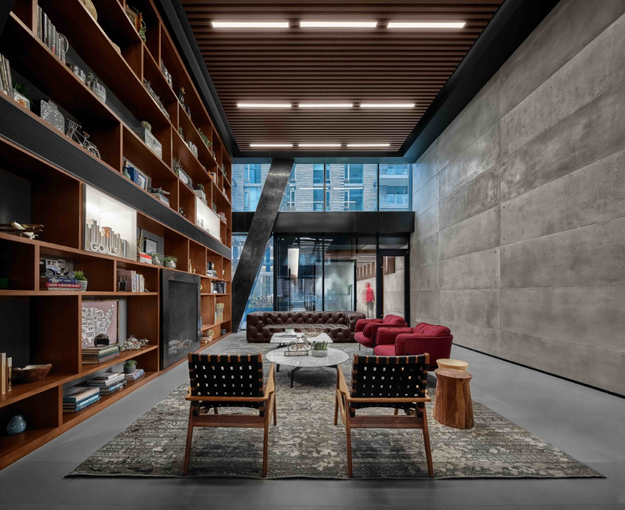 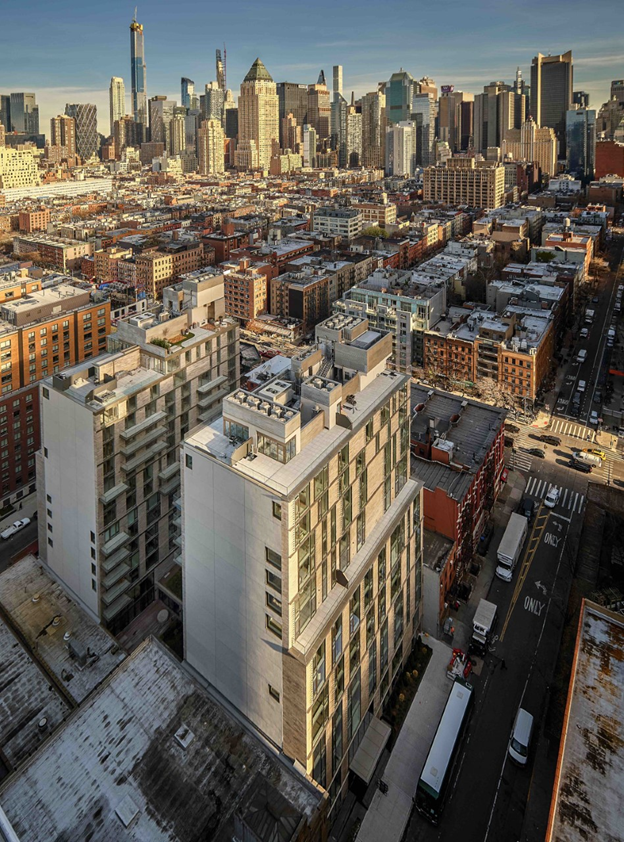 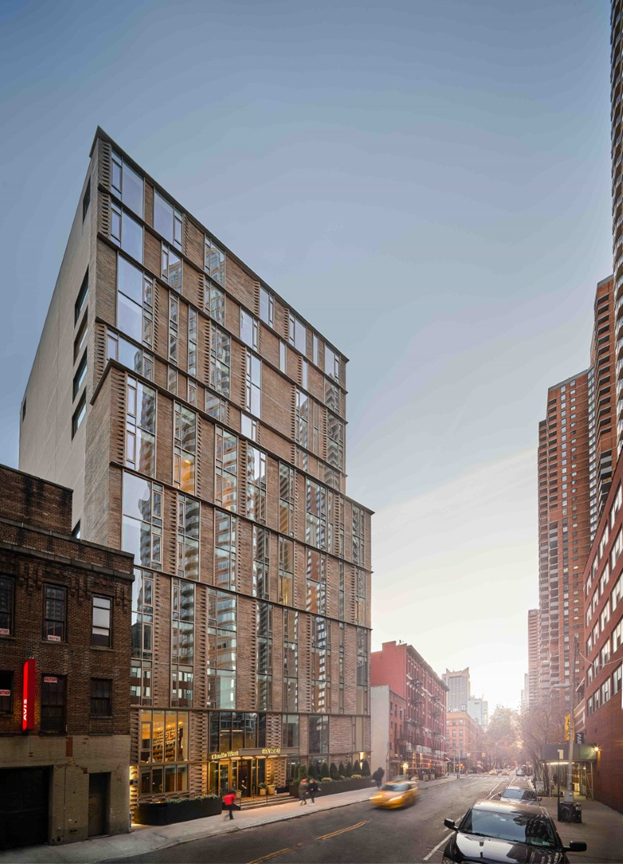 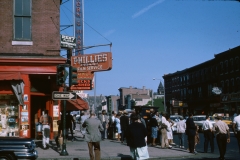 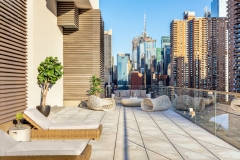 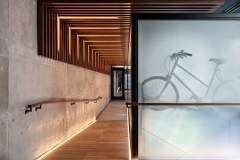 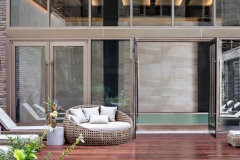 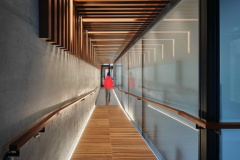 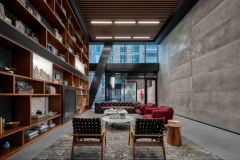 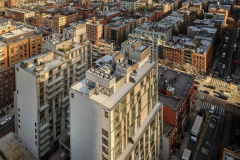 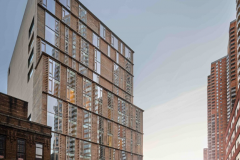 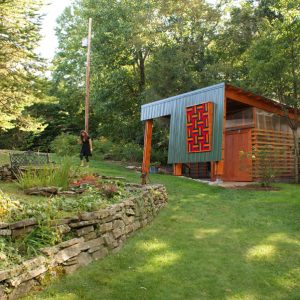 Today, A+A is re-posting one of its earliest entries. In fact, it was this design site's second post, written in January...