A midcentury modern by esteemed Greensboro, N.C. architect Edward Lowenstein is up for auction.

The Fayetteville home’s current tax value is at $280,317 – but it’s listed on the local MLS as a tear-down. There’s water damage, rotting wood and missing windows – and it needs a new roof.

Alas, it was not always so. The 1951 Ruth and A.M. Fleishman residence was once an exemplary specimen of Lowenstein’s style. It’s T-shaped, with public spaces oriented toward its front, entertainment space at its center, and private spaces at the rear.

It also played a prominent role in the Fayetteville suburbs, according to Sarah Sonke, auctioneer at AuctionFirst.com in Raleigh.

“Lowenstein probably would have known the owners personally – they also helped finance the local synagogue,” she says. “That attracted others to the neighborhood who also built modern homes nearby, so it was a pocket of modernism around the synagogue.”

The architecture of the 2,800 square-foot home is as unusual as its location, she adds. “Anyone who comes to see it loves the design, because it’s very similar to Frank Lloyd Wright’s Usonian designs,” she says. “It’s very unusual to be in Fayetteville, where Fort Bragg is – it’s an army-base town.”

Its first open house was held last weekend, with typical “flippers” in attendance, surprised at such a low starting bid.

The winning bid will likely be someone familiar with the neighborhood. “Its going to be someone from the local area most likely, and it may very well be an investor,” she says “Others in the area think they can restore it and live in it.”

To help do that, go here. 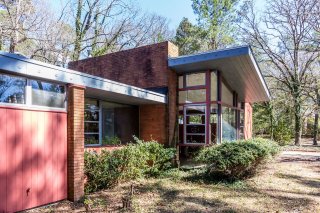 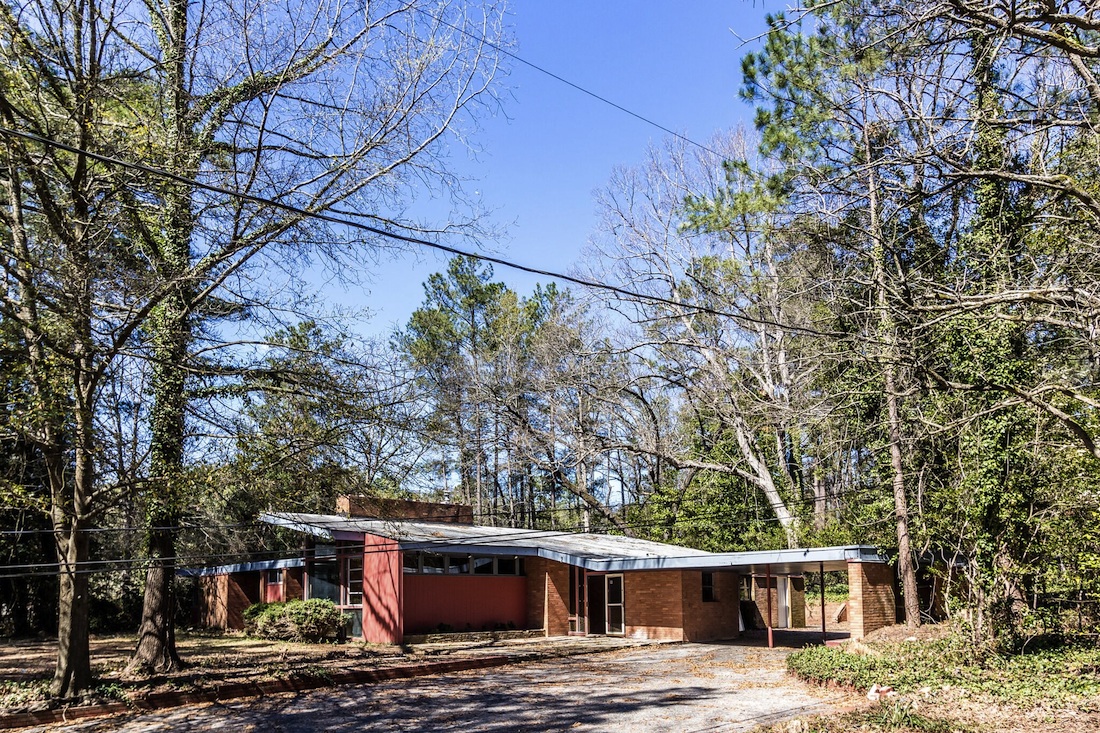 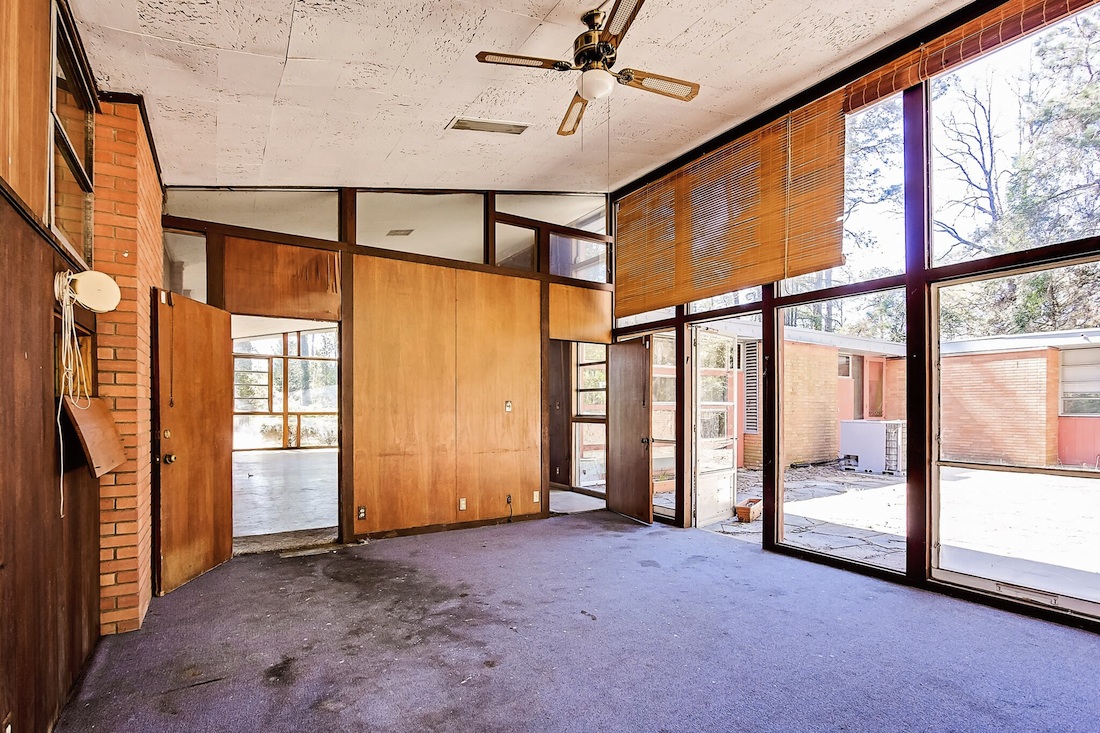 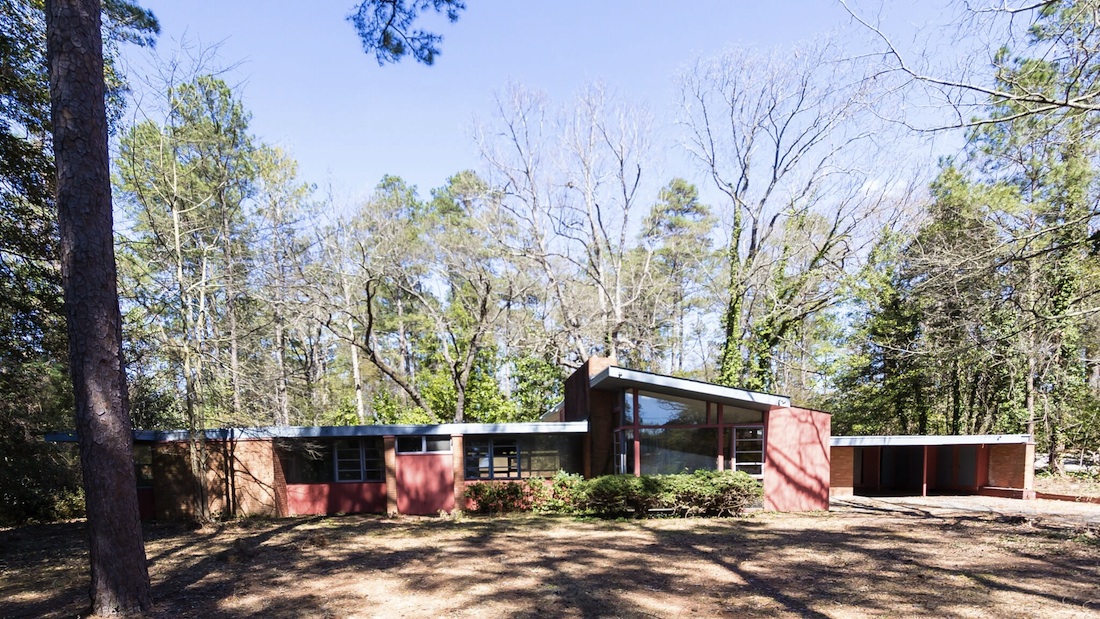 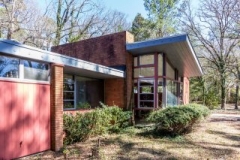 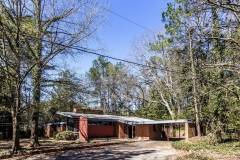 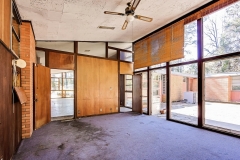 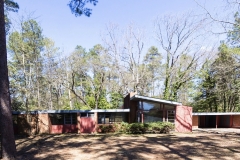 Thanks so much for drawing attention to an endangered Mid-Center Modern house that could be a showplace again with the right buyer. We’re losing too many of these gems to neglect and developers who value the land more than the house. We’ll regret it one day, just as we regret losing so many Victorian and other historic houses before the Preservation Movement of the 1970s came along to put a stop to it. Here’s hoping a cool buyer who appreciates the intrinsic value of this house — and has the resources to renovate it — gets Sarah Sonke’s winning bid!

Hundreds, if not thousands, of 1921 Morgan Silver Dollars - the only ones ever minted in Denver, Colo. - are embedded into...